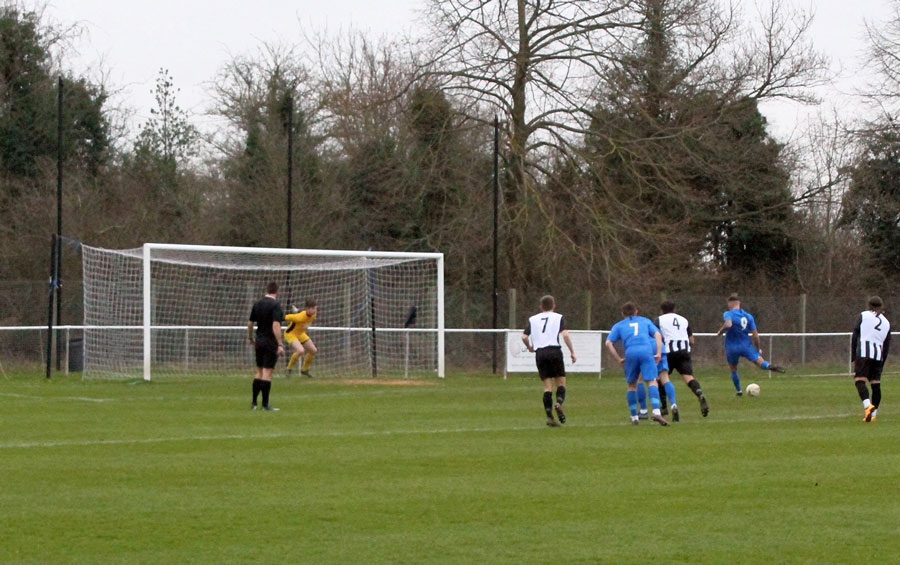 It was a big ask and five minutes of madness cost Jets at league leaders Colney Heath on Saturday. The leaders would never take this one lightly as Jets inflicted their first defeat of the season on them at the Boundary stadium, but poor defending made sure this one was out of reach quite early.

Leigh Stevens is flattened by the colney keeper and it’s a penalty for Jets.

The response though was superb and instant when Sean Giordmaina hit a magnificent cross pitch ball that was just as exquisitely controlled and played into the box by Jamie Speer which resulted in the keeper flattening Leigh Stevens, and Reece Cameron slotted from the spot 1-1 (4mins) 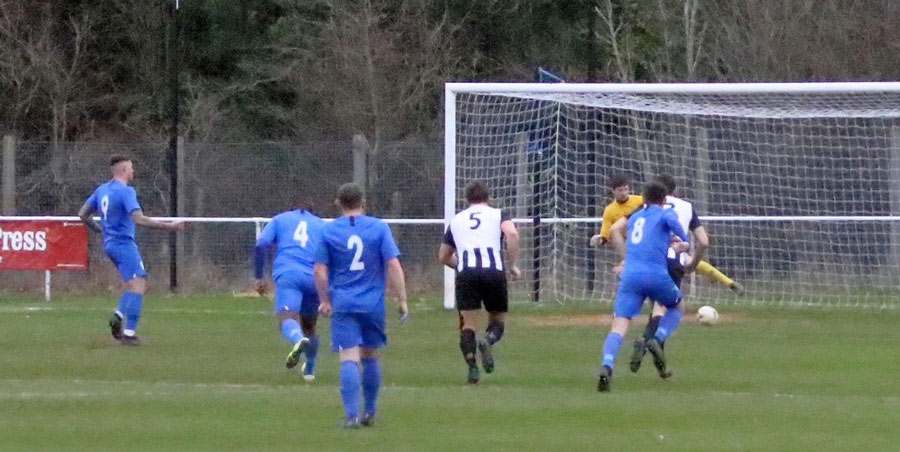 No problem from the spot for Reece (far left) and it’s 1-1 after 4 minutes.

Let’s settle and contain, nope a minute later 2-1 Colney in what looked a really soft goal, BUT on watching the video, it was a wicked deflection that took it away from Matty so much so it should be an Ash Lewis OG, although I’m sure he won’t fight for that.

Jets within minutes should have had another penalty as under this season’s “laws” it’s handball.

It was strange because possession and attacks were much the same but Jets defending was dreadful at times as they badly missed the presence and organisation of Jude Bell in the centre.

Colney Heath finished them off with two more goals, the fourth being an absolute stunner worthy of any match.
HT 4-1

Tim O’Sullivan was furious and demanding, and in fairness, Jets rallied and played far better up the hill.

No luck though as injuries struck and Nick Kerley was injured and carried off within a minute of going on, a blow for the Jets squad. 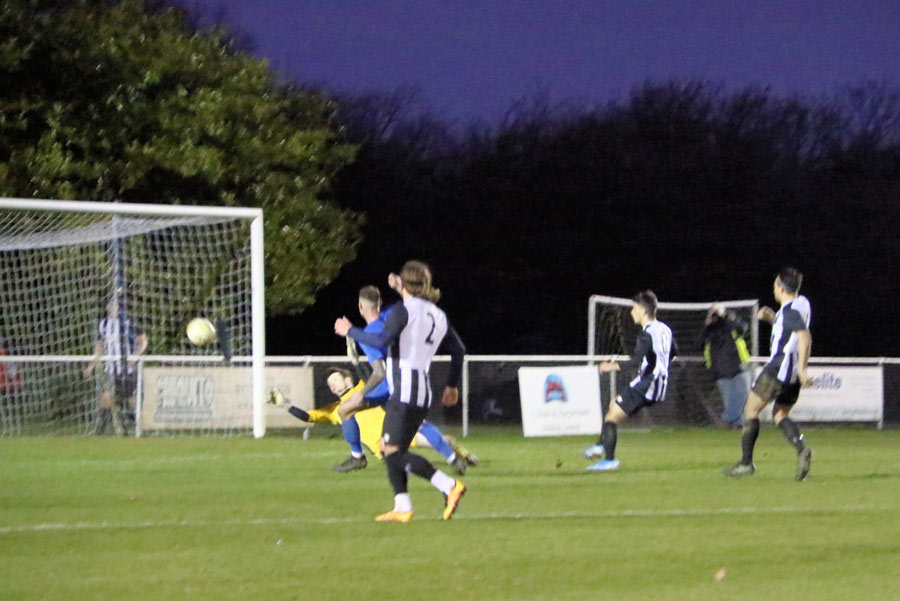 Jets had two glorious chances to pull back in the last ten minutes. Top scorer Reece Cameron went through on the keeper, then Sean Giordmaina with a header he would usually bury.

Jets were well beaten today, and they have the consolation of knowing that in a battle of the budgets league they are performing miracles. Also, if anybody does finish above Colney Heath this season, then they will be the champions !! 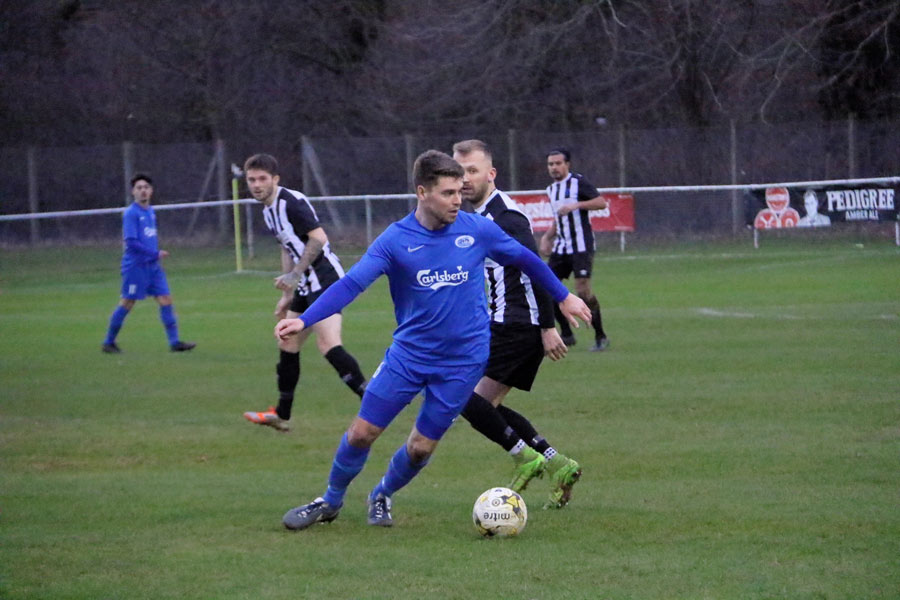 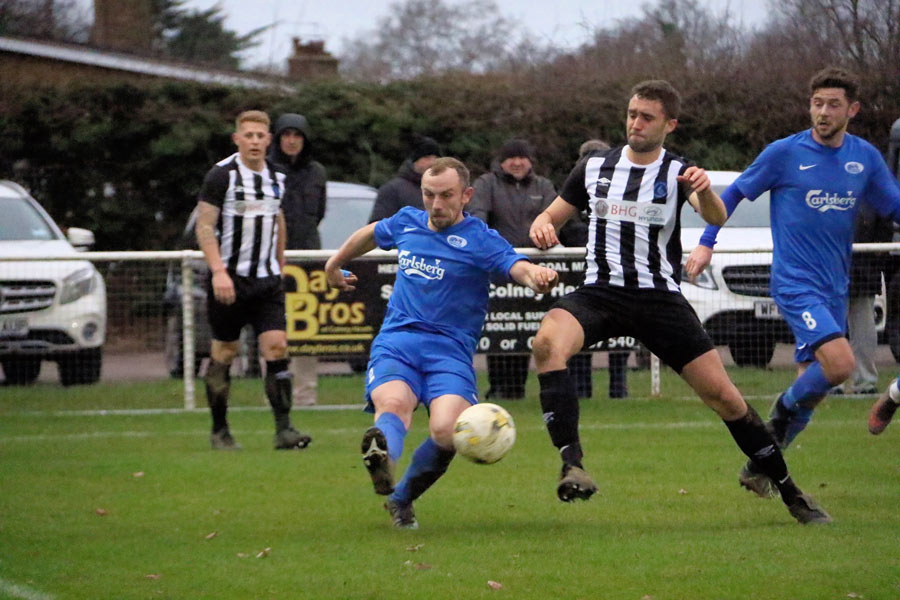 We said to the Heath committee after the match let’s book a pre-season friendly in now because they are definitely going up. 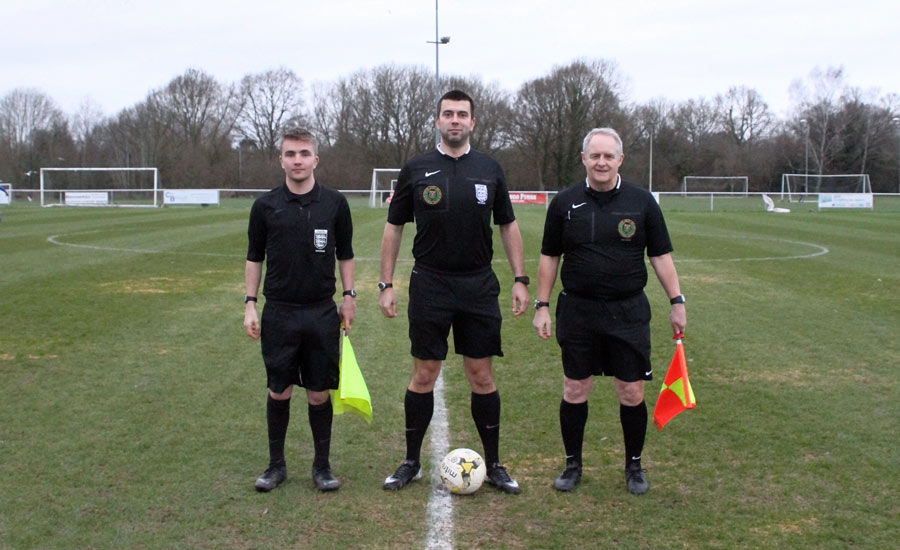 Out of tune for most defeats in football, let’s make clear the referee was superb, in charge, up with the play, calm and (pen aside 😜) missed nothing.

Jets man of the match was Reece Cameron, as always a serious threat up front for Jets.