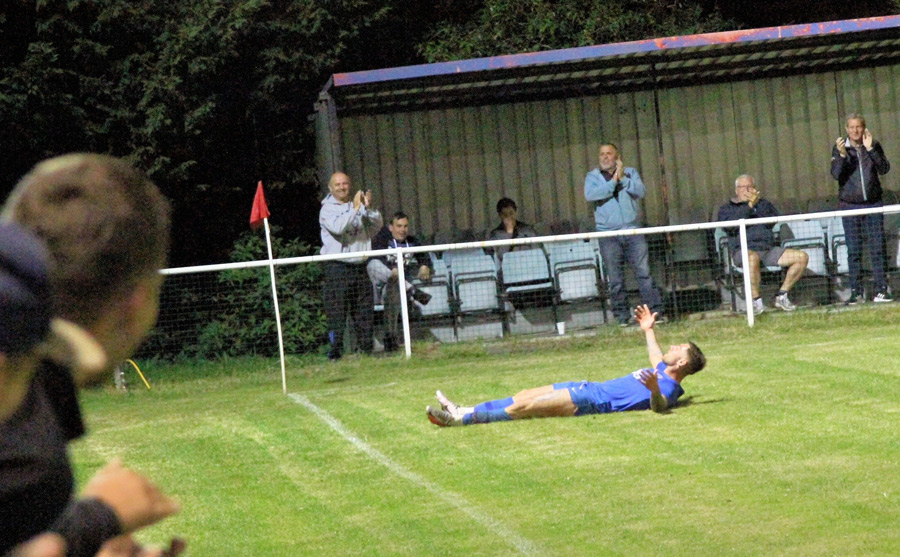 Jets put three years Of Extra Preliminary Rounds misery behind them in this tough FA cup battle to inflict the first-ever qualifier defeat on their guests Bishops Cleeve.

It was a bad draw for Bishops having a long coach trip on a Tuesday night, but a noisy massive three-figure crowd showed that the fans were eager for football to return for them and what better than the world’s favourite old cup, the FA cup !!

I’m not sure any other competition that we all enter knowing we can’t win could ever provoke such passion, celebration and atmosphere as this one. 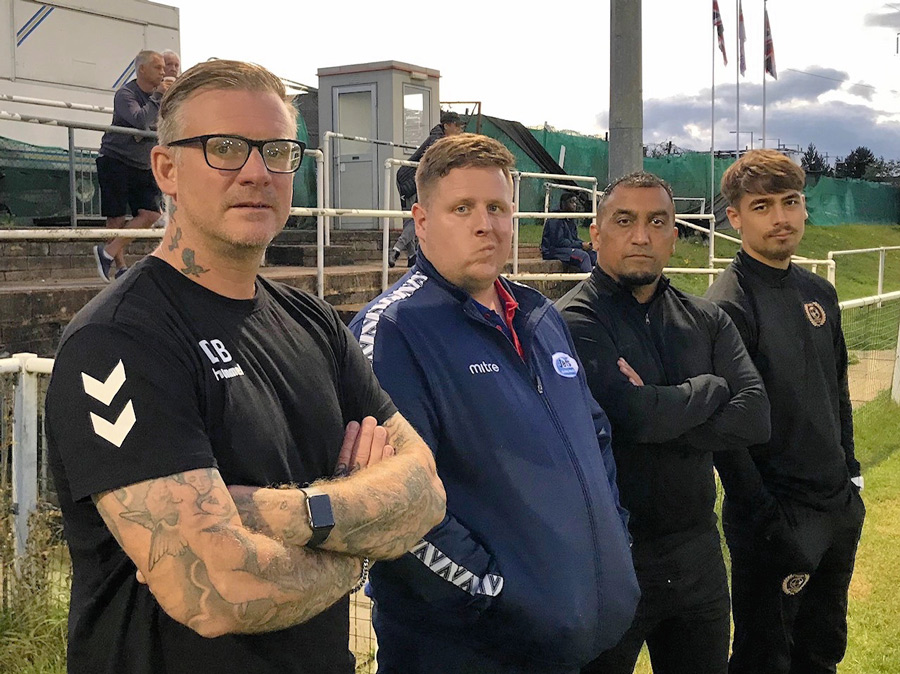 Jets new management team looking for a winning start to the season.

It was a first-ever FA cup manager’s role for new Jets boss Stuart Atkins, and he had the worst job possible to do, cutting his pre-season squad from the 20 to the 11 starters and a bench in what was a COVID enforced first competitive match.

Nearly an early goal for Putman

Jets went off early at the visitors, and the returning former top striker Lewis Putman went clear early and, with the Jets faithful writing the notch down, he slotted just wide to his and the crowd’s amazement. However, he was out of luck twice in the half when he was denied by stunning saves to keep the score level. 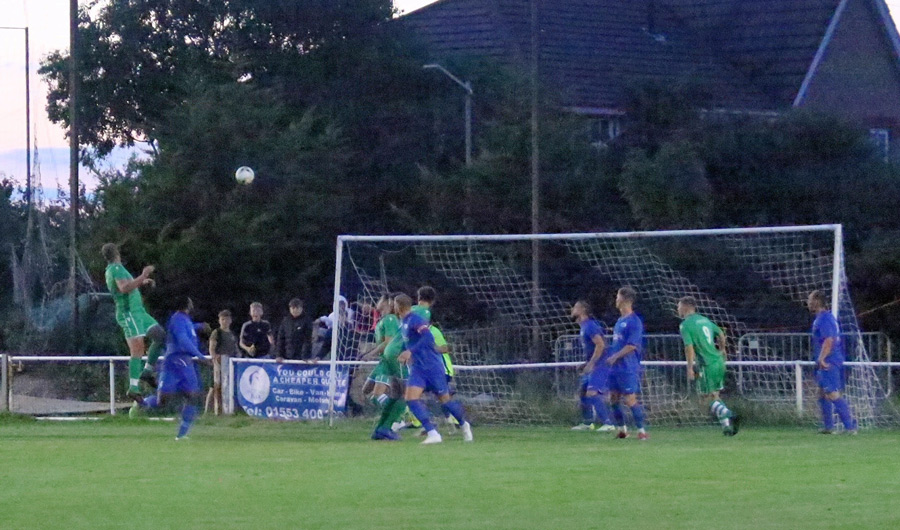 Big chance for Bishops but headed over.

It was not one way. Bishops were a big side and well-rehearsed at set-pieces, and one gave them a glorious chance headed over. The goalkeepers were commanding at both ends, and this was a real hammer and nail FA cup ding dong with the home side having the edge on chances. 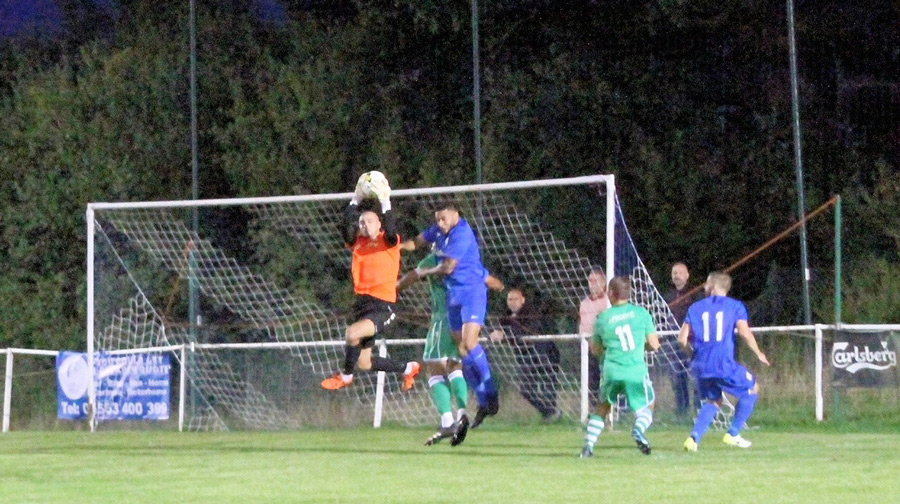 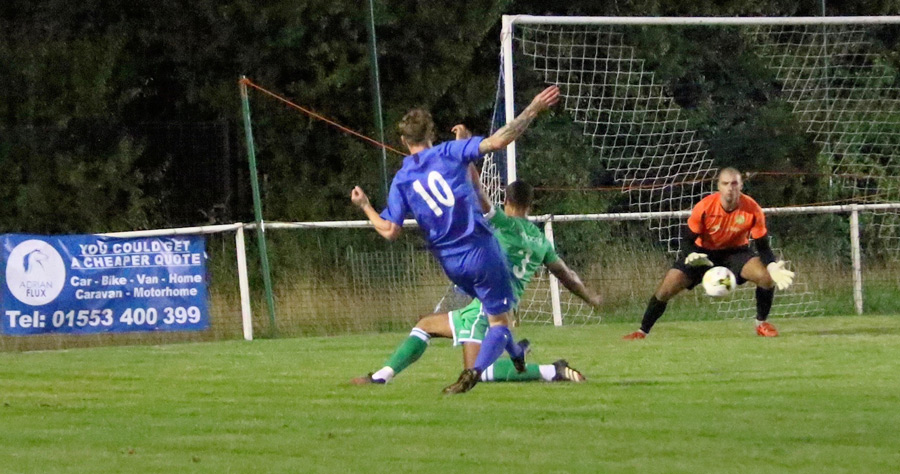 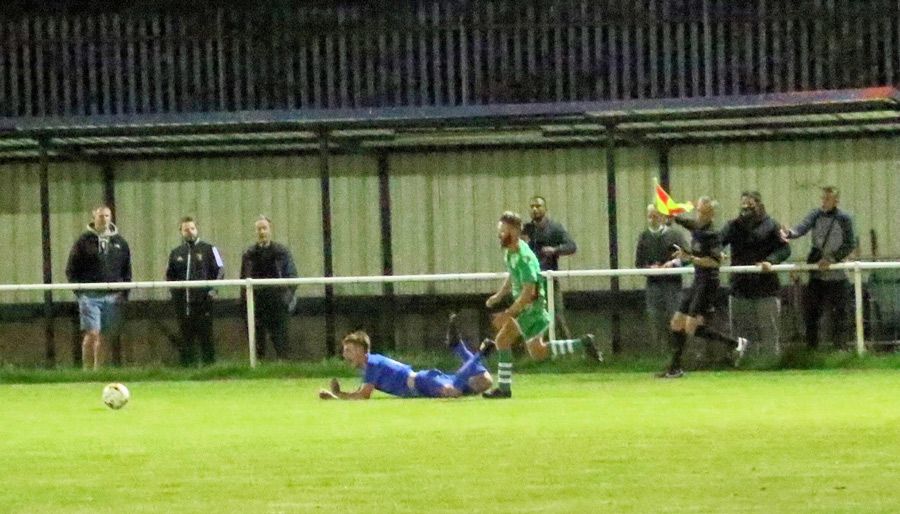 Could have been a red!

A big talking point came on 20 minutes when Putman turned the full-back and was going clear but clinically taken down. It was a baying crowd for a straight red, but the referee took his time, a long time, and went yellow to the surprise of the Jets. Still, realistically it was because so wide on the wing it made it about right for the official, more centre and 💯 he’d have gone.

It was a real battle, and the Jets defence was as tight and active as the front end, and in particular Daryl Brown on his Jets debut was a real force giving nothing along with Speer and Gibson and his central partner Ash Lewis. 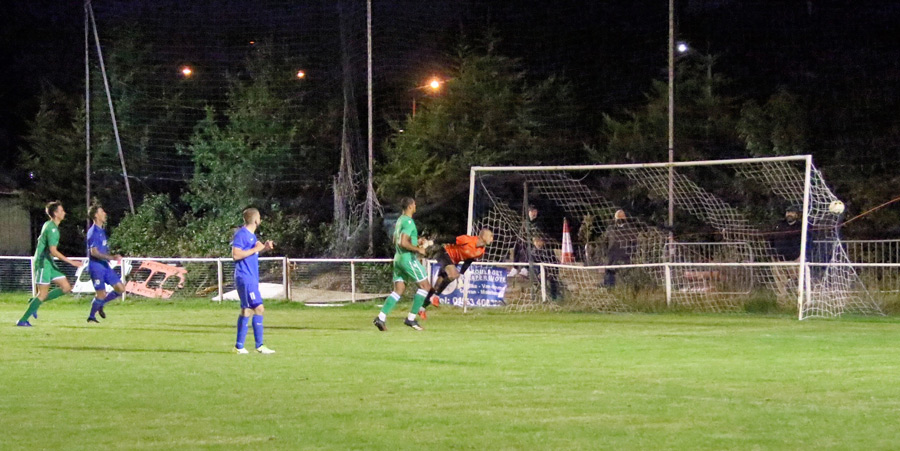 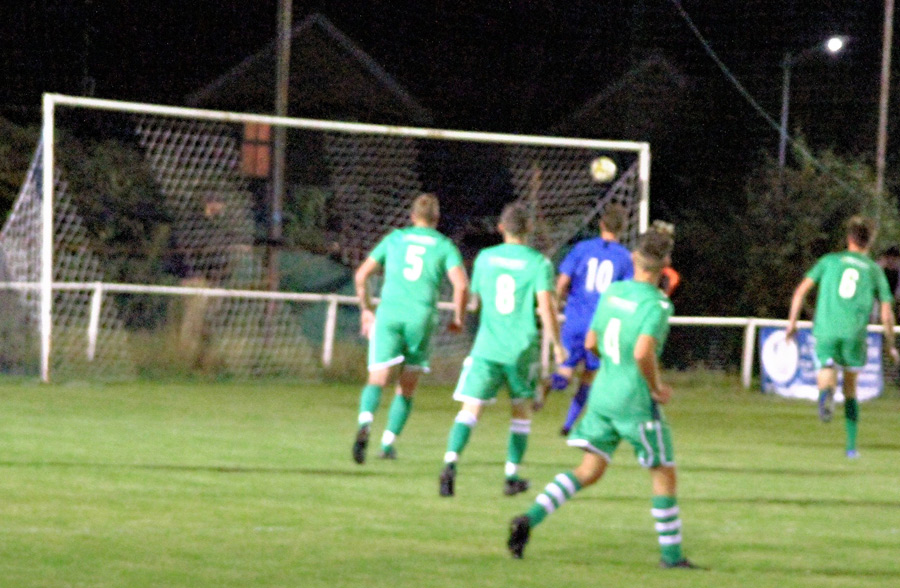 Reece is the Boss!

Jets stayed unchanged, but they had some great options on the bench ready for when the change was needed. Still, groans of what looked like a slip turned to absolute mayhem celebration when Reece Cameron picked up a sloppy Jets ball that looked lost and from a good 30 yards unleashed a curling dipper over and round the keeper. It tested the new goal nets thoroughly; it was a stunning goal for what turned out to be the winner. 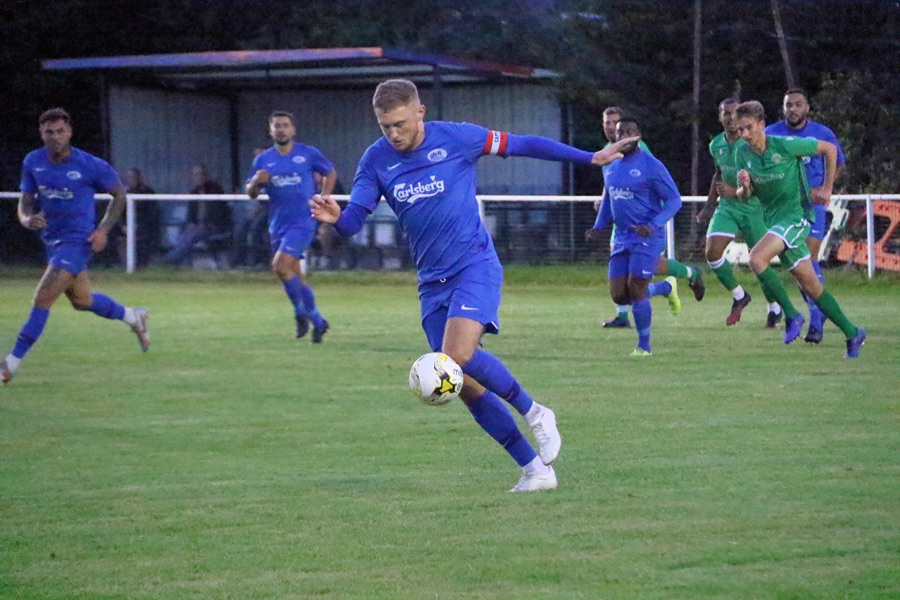 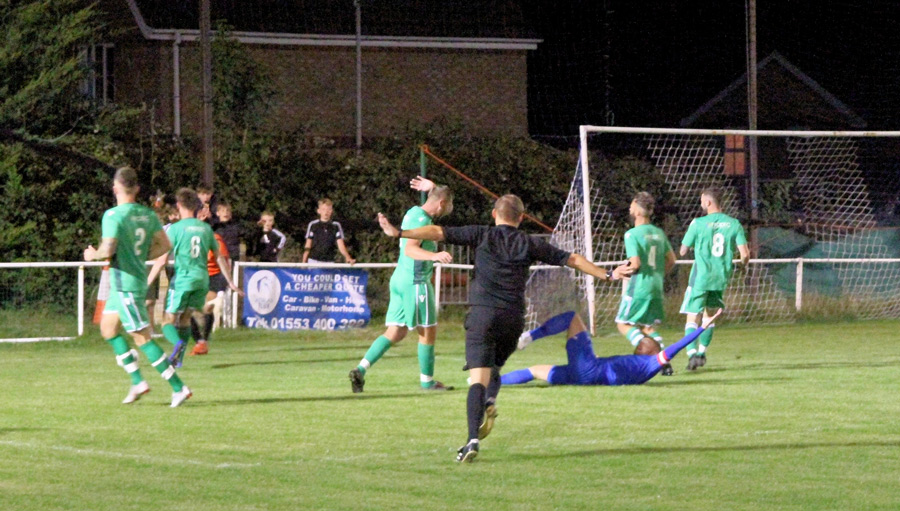 Big no-pen decision from the ref.

Jets still went for the kill and should have had a bolt-on penalty when Louis Stead did a mazy run and was body-checked, but inexplicably the ref waved play on, another big decision, and it could have been a costly call that didn’t go Jets way. 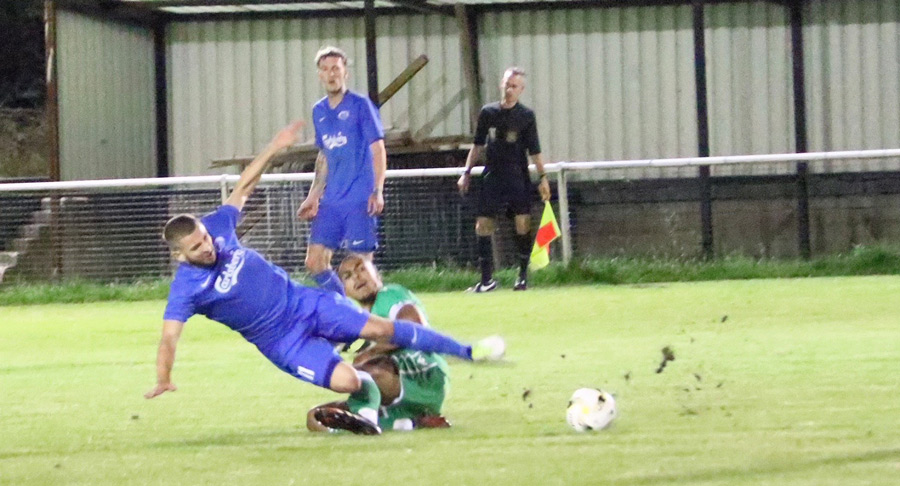 It was a tough hard-fought game, but never dirty.

Jets looked tired, and it was getting very sloppy. Bishops had a long period of pressure and corners following the sloppiness, and the equaliser looked inevitable. The management played the correct cards bringing on Sean Giordmaina and Dylan Hickman with twenty to go to give fresh legs.

It helped swing the balance back Jets way as Cleeve opened up looking for the equaliser. Giordmaina’s first ball was a defence cutting ball to Putman, but again it was side netting. 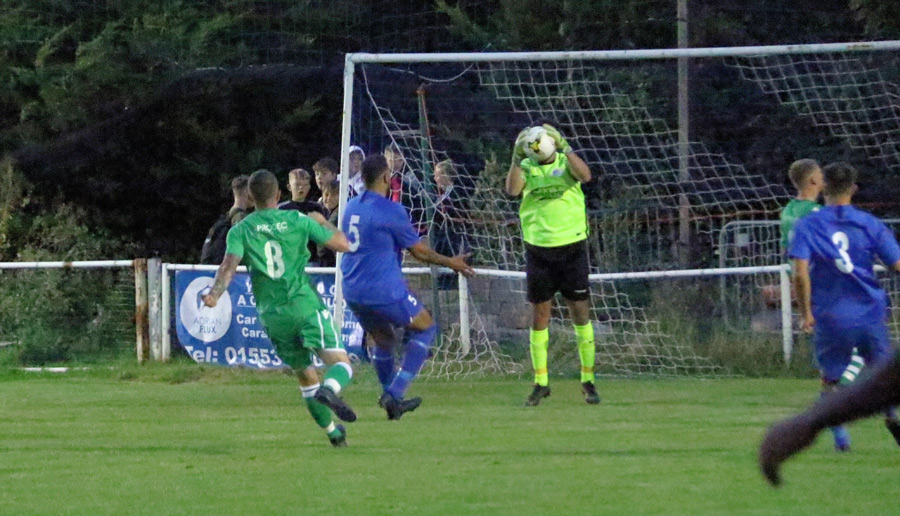 The game was now a see-saw both going hectic, breathtaking stuff testing the hearts to the full. Rob Partington in goal, returning to his old club after a three-year absence and world tour was incredible and pulled a stunning one-handed save that was all but in, truly spectacular. 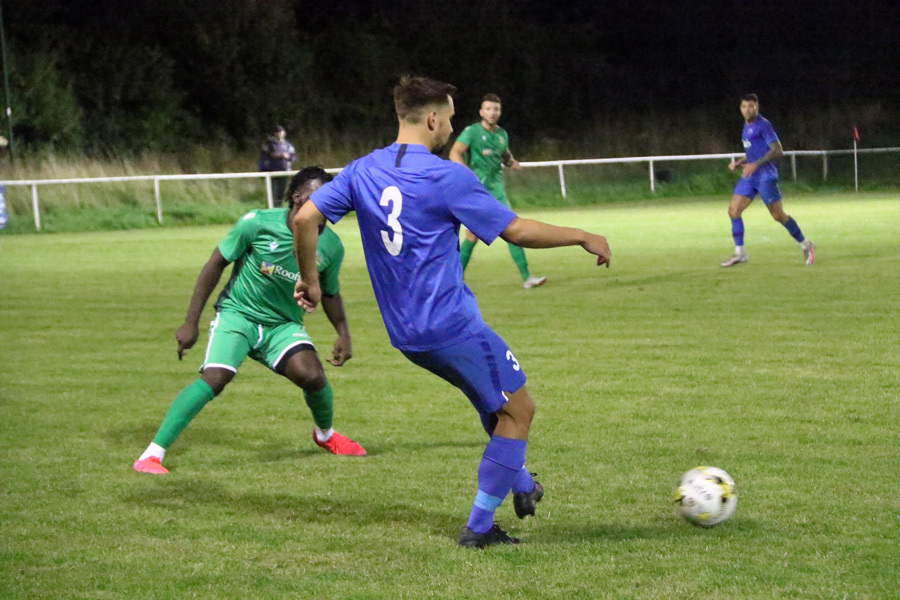 But it was not the saving moment of the match for Jets. That came just two minutes from time when the ball was goalbound. The whole Jets bench groaning “it’s in” but somehow, and I don’t know even now how Tom Gibson became a mountain and jumped and headed off the line and for Jets it was the match, you saw the visitors holding their heads in disbelief.

On the whistle, it was wild. The players, the crowd, and fair play to the Bishops Cleeve boss who came into the Jets changing room to congratulate the team on a deserved win. A real sportsman, the FA cup makes new friends often, and I Hope pre-season next year we meet again. 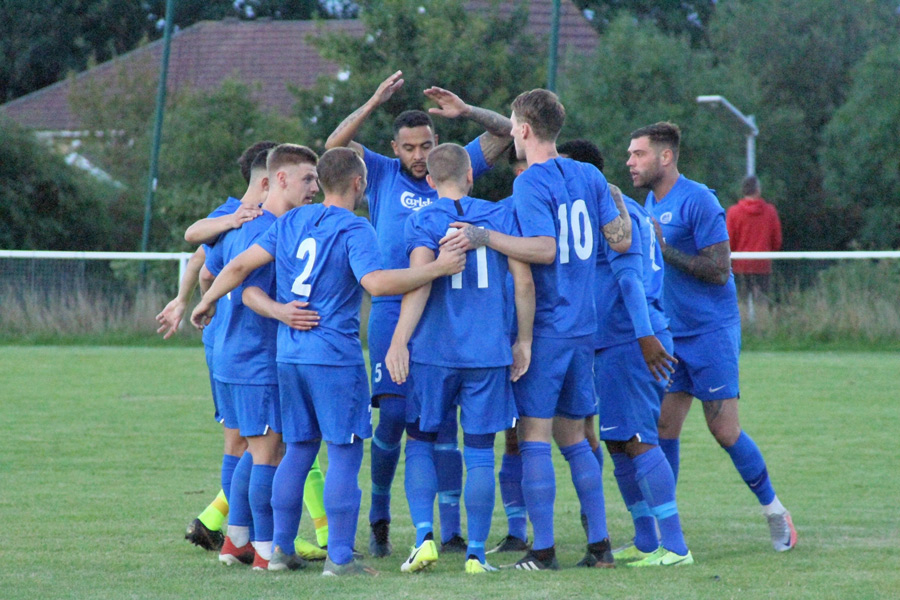 Daryl Brown (centre) was Jets Man of the Match. 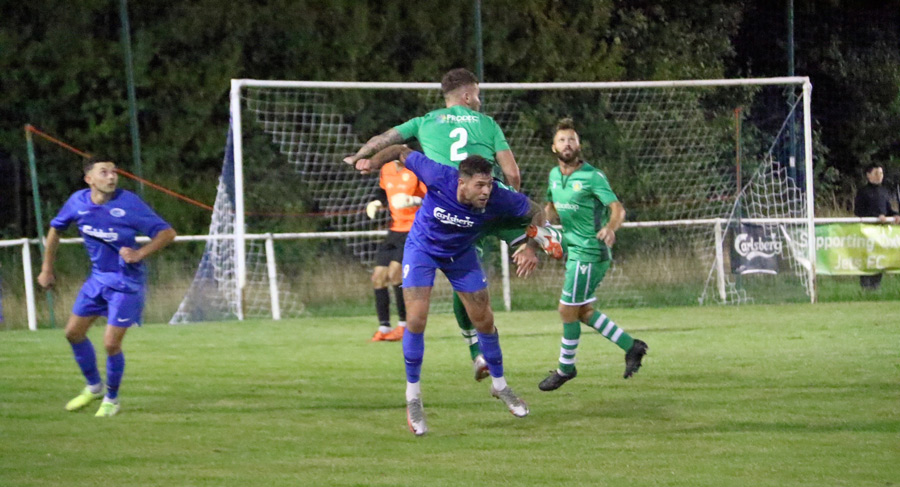 The Carlsberg man of the match went to a magnificent debut, a faultless display by Daryl Brown, but tonight hats off to all of Jets, not the starters, or the finishers, but the whole squad as tonight it took the entire team to win the match. Nothing short of 100% by every man could have pulled this off, and the rewards are a step 4 club home tie on Saturday 12th September against Chalfont St Peters as the FA cup also becomes the second competitive match of the season. 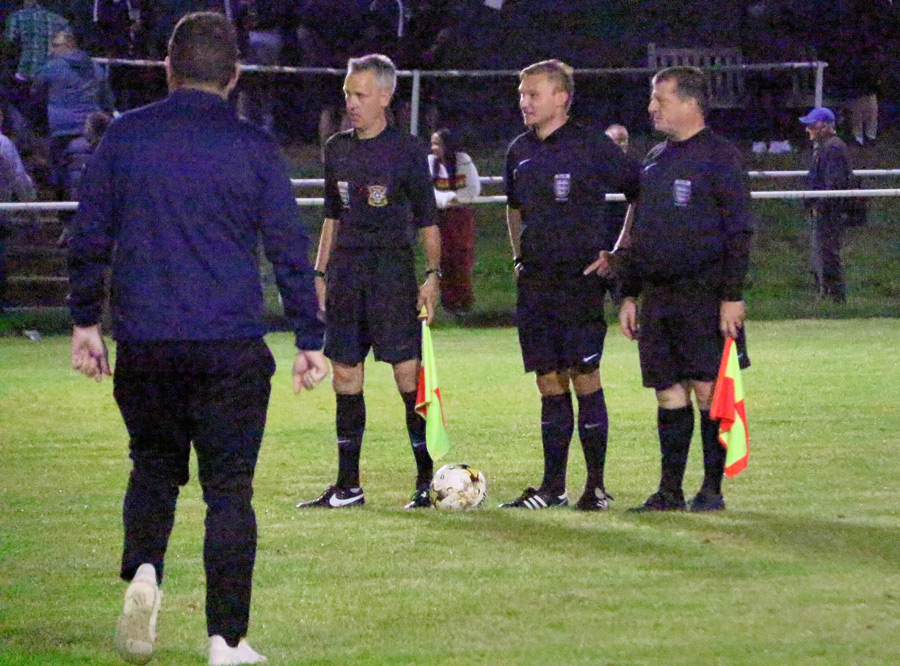