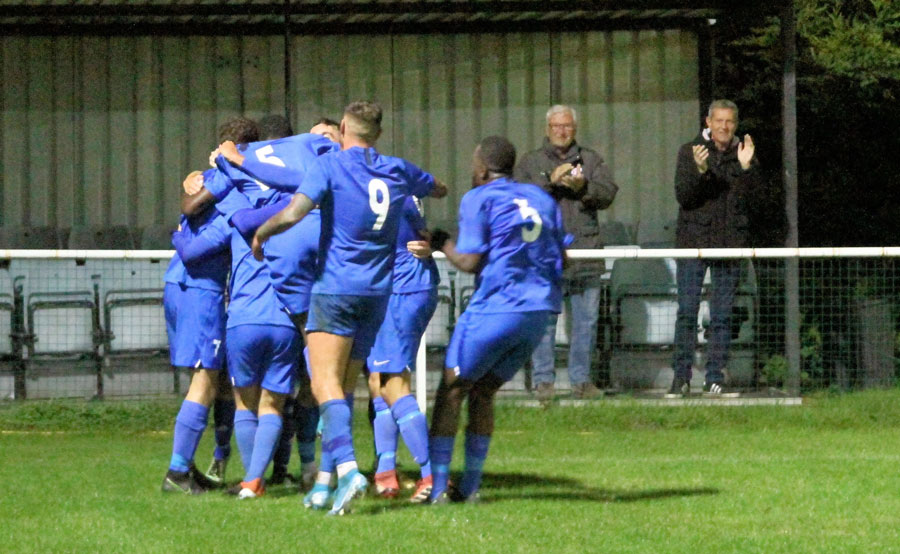 Jets broke the hearts of a North Greenford side who fought so hard to get the win.

Jets dominated the match but kept wasting their chances and it looked like it was going to cost them big time when Greenford grabbed the lead in the 55th minute.

It just wasn’t happening then for Jets, nothing would go in, and it looked like North Greenford would gain their revenge for two recent Jets wins on their ground in the league and the Vase.

Finally, Jets looked to have got the equaliser in the 90th minute with a bolt on sitter but they couldn’t get it over the line. That looked like it was over. 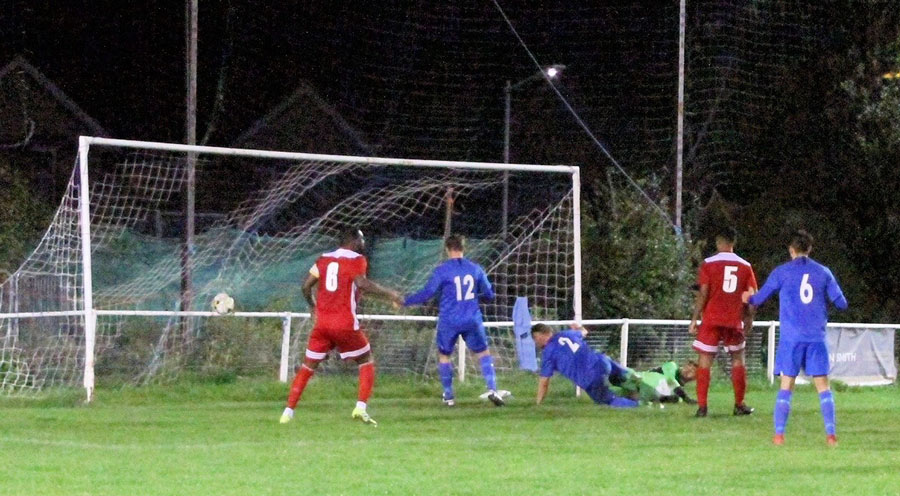 Jamie Speer finally breaks through in the 92nd minute

Jamie Speer (hidden behind No15) gets Jets level 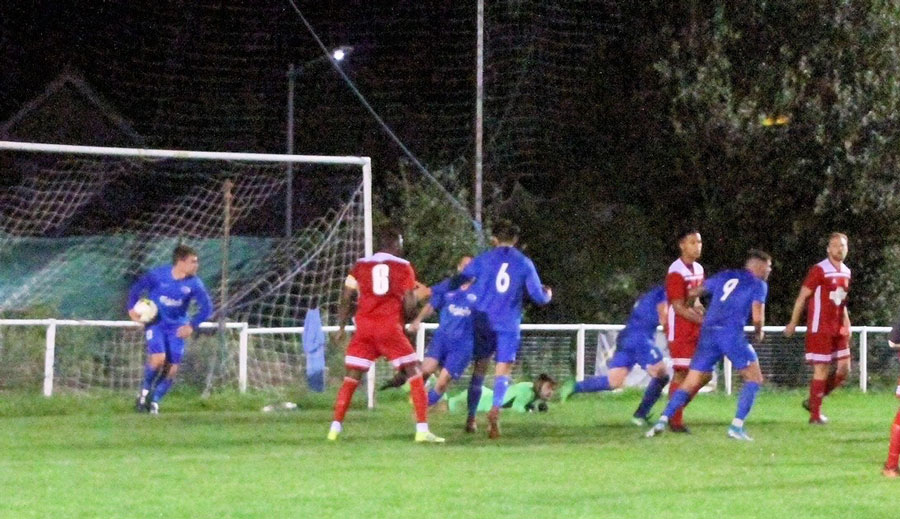 4 minutes of added time, though, changed it all. Jamie Speer grabbed the equaliser in the 92nd minute and then, in the dying seconds Nick Kerley scored the winner! Another three points for the late, late boys.

Jamie’s equaliser came from a deep free-kick floated into the area by Nick kerley, Jamie reacting first and turning to shoot home.

Nick Kerley’s winner came from a ball from Jude Bell which came off the back of a Greenford defender’s head, Nick pounced on the opportunity, shooting low across the keeper into the corner of the net.

It’s there in the corner of the net and Jets have won 2-1.

Nick gets ready to celebrate 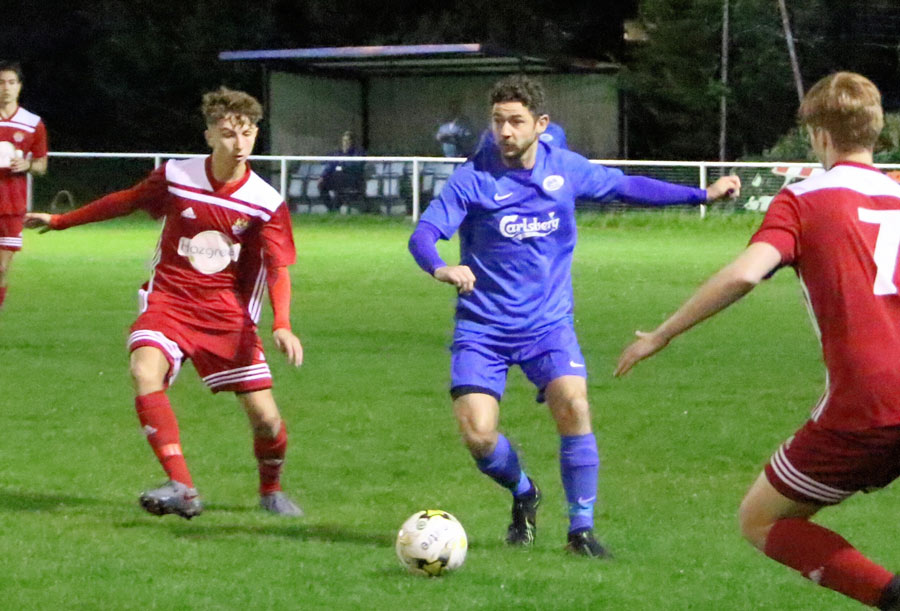 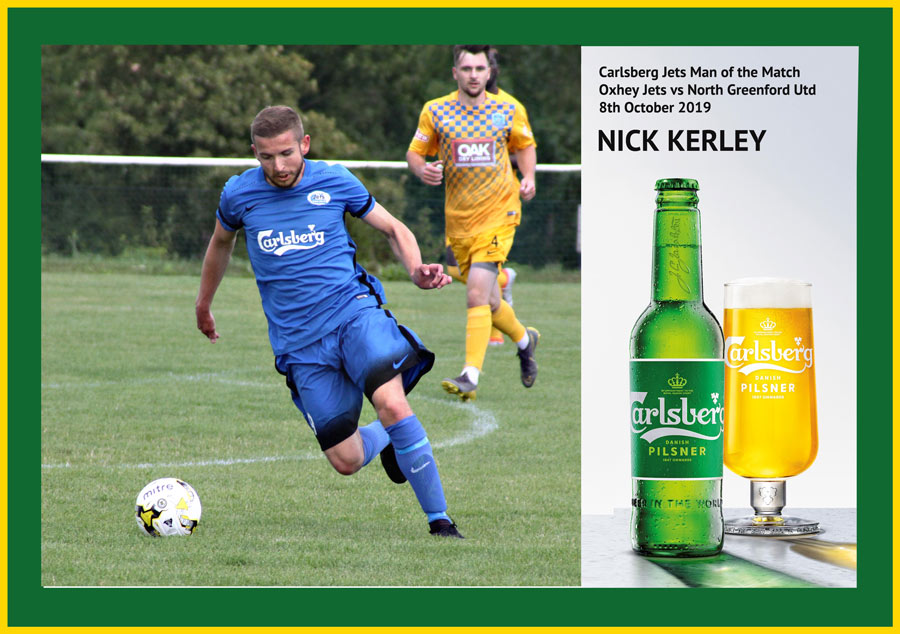 Jets man of the match goes to Nick Kerley who provided the cross for Jets equaliser and then scored that superb last minute winner.

Only got time for added time? – see the Jets goals