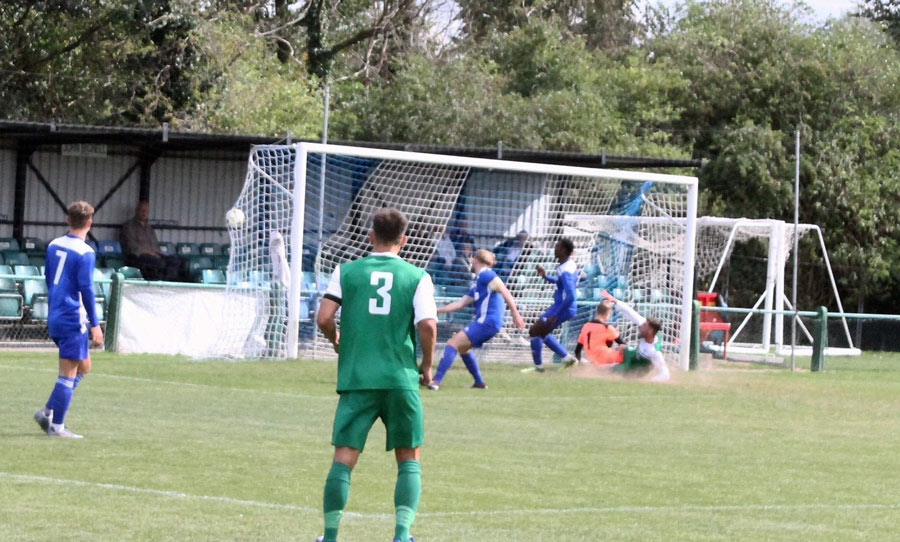 Jets got back to winning ways at North Greenford United in a match that saw a first-half power display all but did the job. Then a solid defensive display, when the hosts retaliated in the second half, kept Jets first clean sheet of the season.

Manager Tim O’Sullivan was not happy with the previous performances and made changes both personal and line up to try to stop the confidence lacking performances.

Jets were on the attack from the off, and it was the first-half display that did the damage, and more than one player stood up to the call and upped their performances. 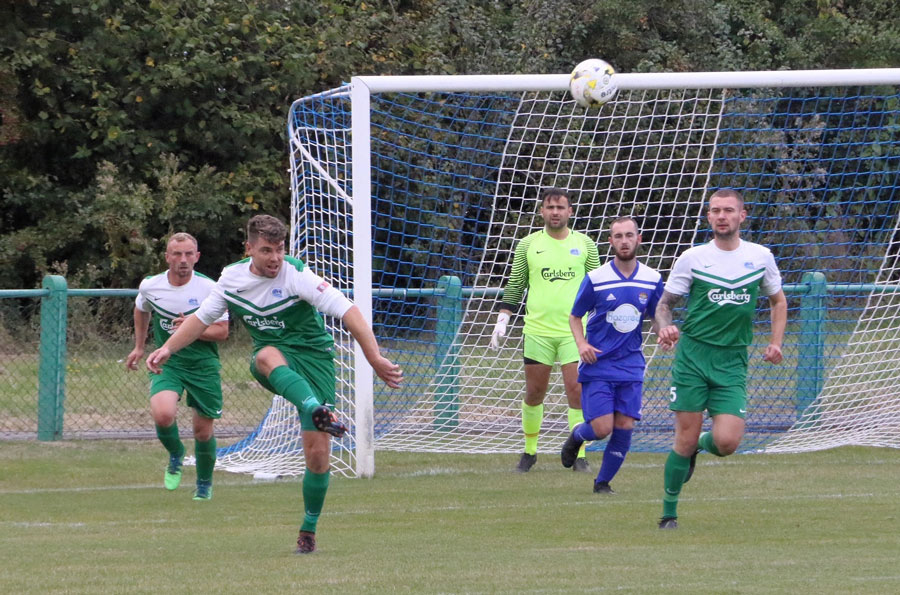 Scott Bonner changed roles for Jets and it worked.

Andrew Brennan, back into his more traditional midfield role, was everywhere. He combined excellently with Jamie Speer, Scott Bonner and Ede in a more competitive performance.

Reece Cameron was a powerhouse again, thumping the post in each half and trying to add to his incredible 40-yard lob over the keeper.

Jets were causing problems from the off with Andre Lopes’ deliveries striking problems into the North Greenford defence.

Andy Brennan (hidden behind Jets No.4) fires in from long range to open the scoring.

Andy Brennan opened the scoring with a long ranger that had a superb build-up involving four players. 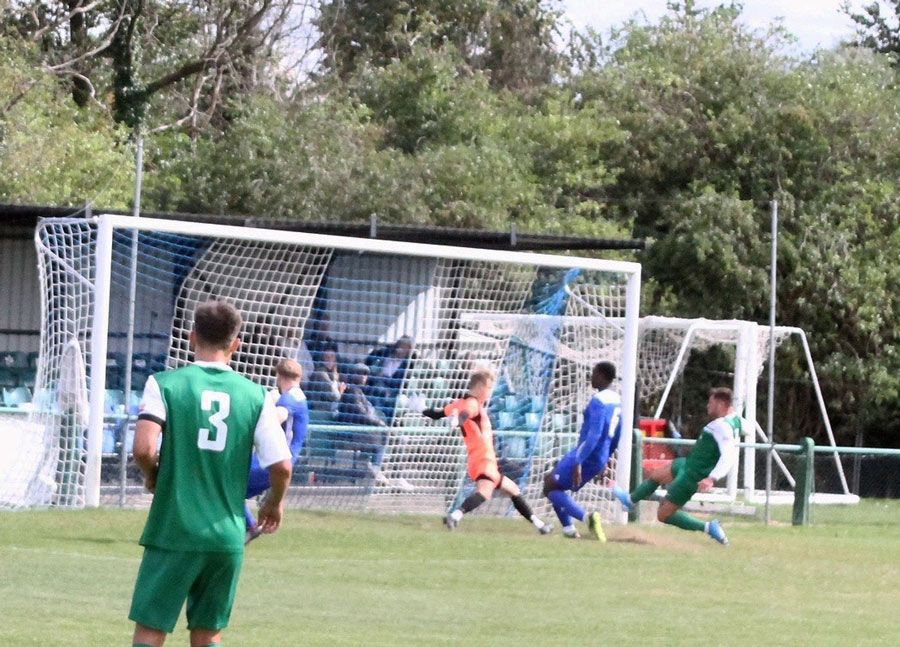 Reece puts pressure on the defender who concedes an own goal. 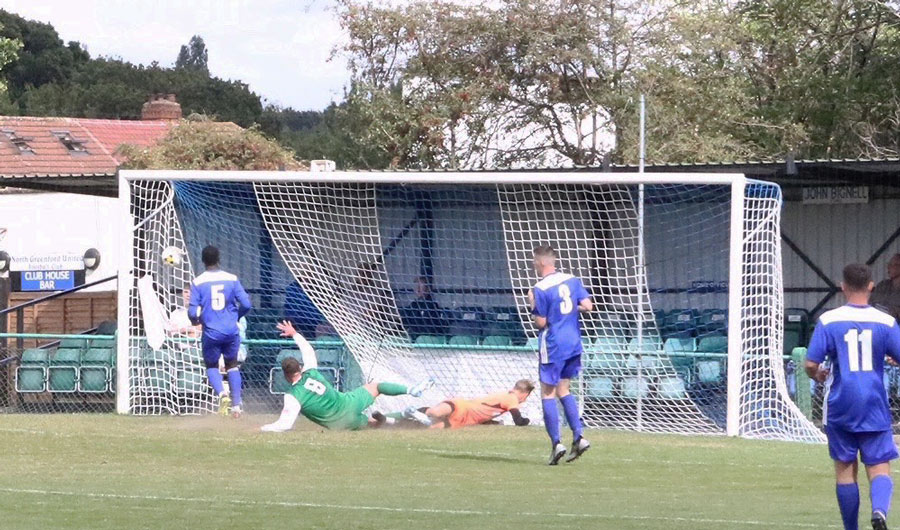 Reece celebrates as the OG, from a wicked Andre Lopes cross, makes it 2-0.

Andre and Reece combined for number two to force the own goal, Lopes teasing the defender with his delivery with Reece Cameron waiting to pounce. 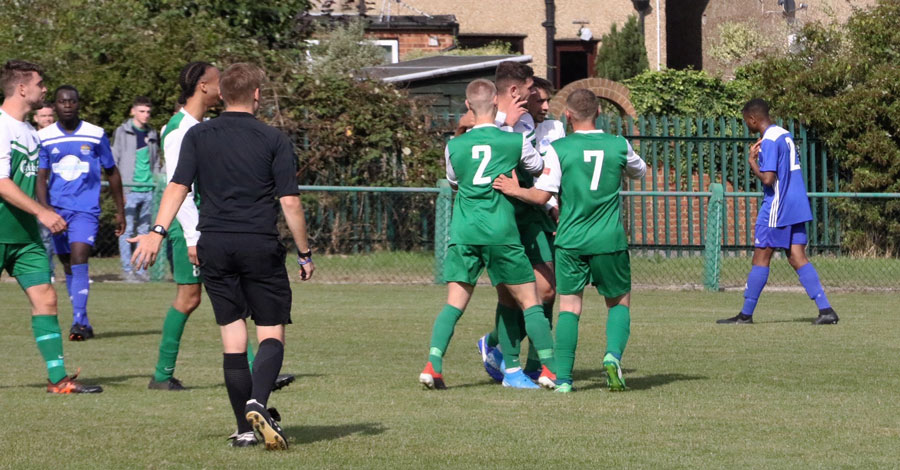 Reece Cameron added the third with incredible vision, seeing the keeper off his line to lob him from all of 40-yards. 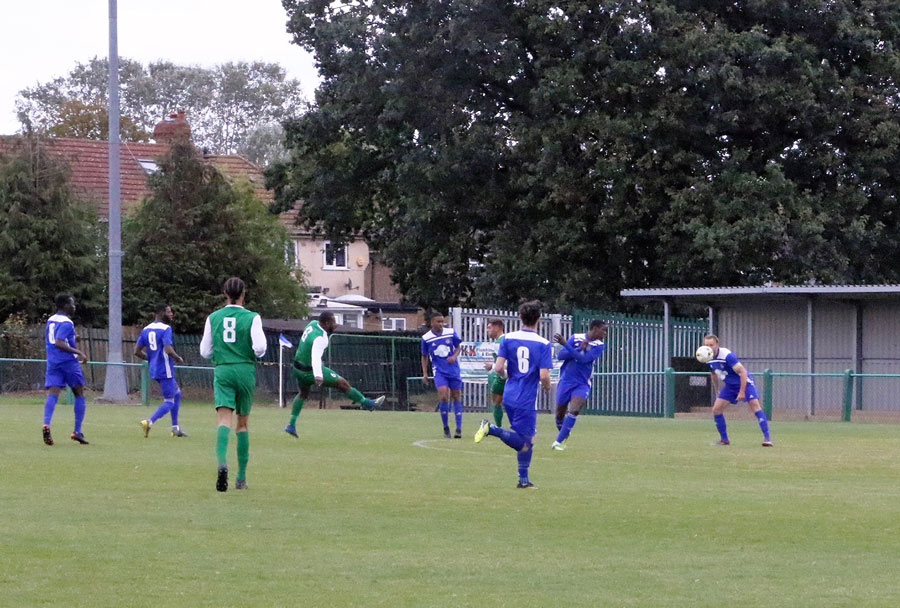 Ashley Lewis went on an incredible run, only to be denied by a terrific save.

Everyone was in on the act. Jamie Speer had two chances saved and Ashley Lewis did a mazy run from his box only to be denied by the save of the match by the home keeper. 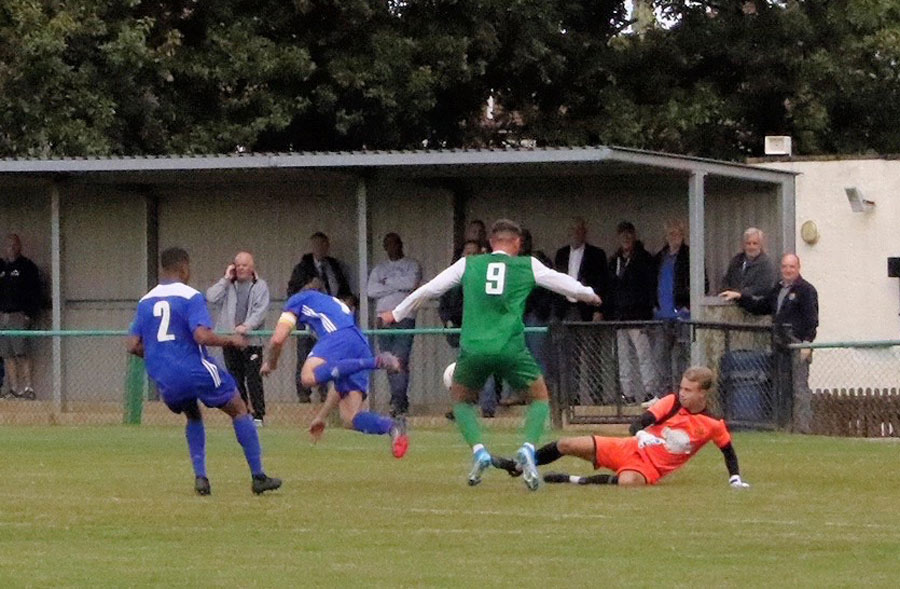 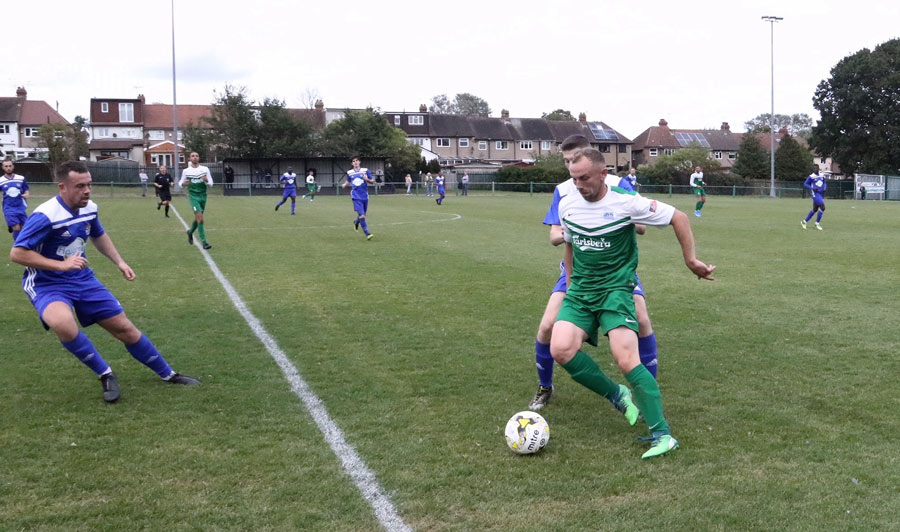 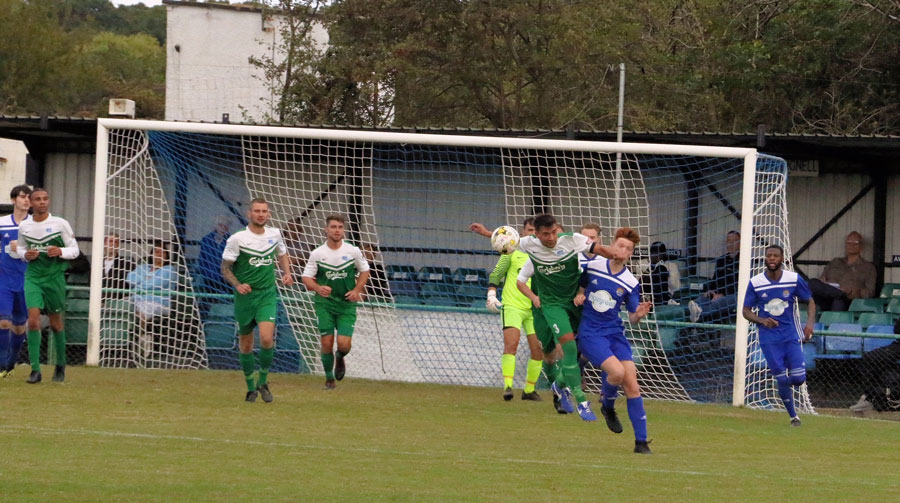 Jets defended well in the 2nd half to preserve their lead.

The second half, however, was a complete turnaround as Greenford regrouped and came at Jets. It was now time for Jets to dig in and secure the points. Jets defence held well and relied on the counter. Ashley Lawrence and Kyle Clifford did well as did Harry Beaumont and Tom Gibson in Tim’s completely reshaped defensive line up. Matty Evans also provided two top drawer late saves by Matty Evens to maintain the clean sheet. 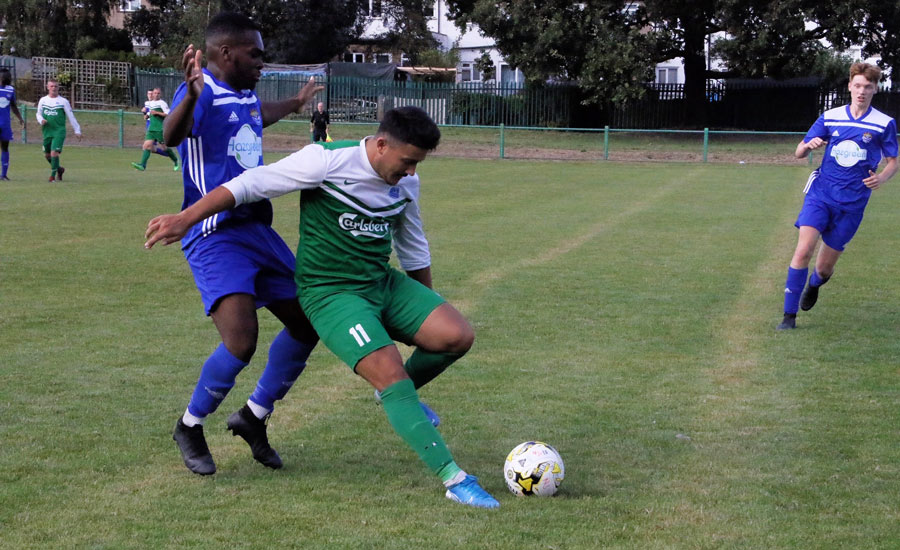 Man of the match was unanimous. There were nominations for Andre Lopes who had a superb delivery game causing many problems, and Ede is getting better and better covering the pitch. Reece Cameron was a constant threat in front of goal. The unanimous decision, though, went to the skilful and industrious Andy Brennan. 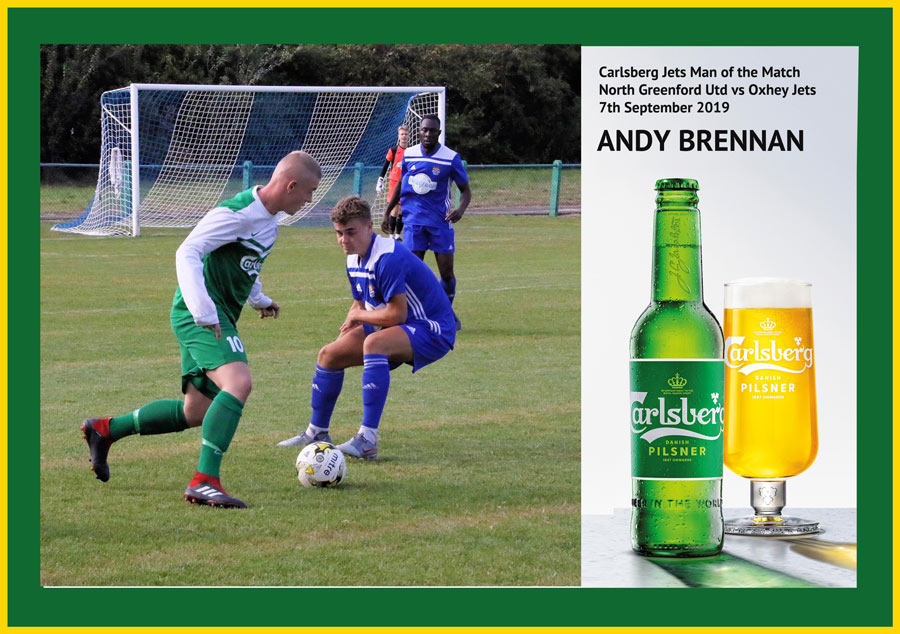