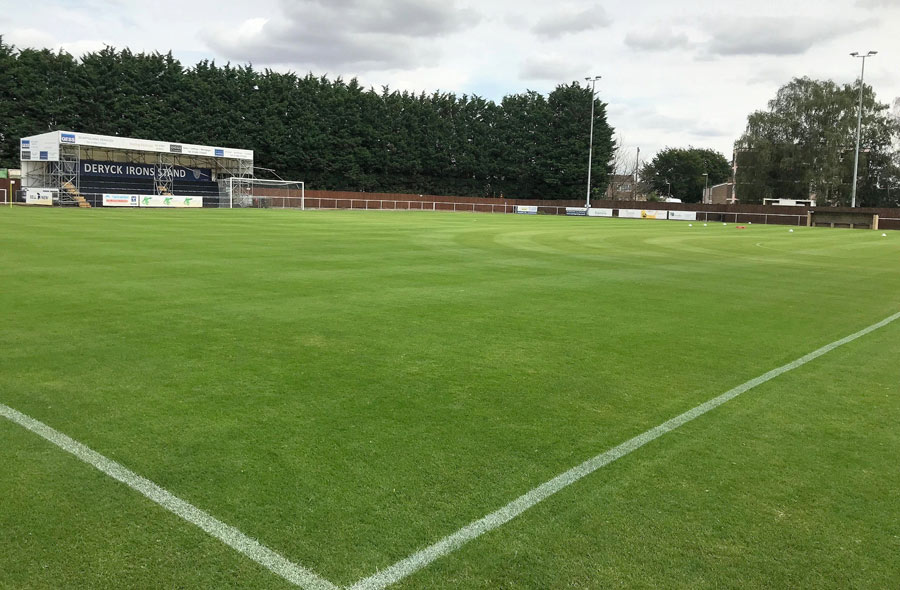 Football’s back! – and what a beautiful pitch.

Jets started the season with the honour of travelling to Eynesbury Rovers, our furthest trip of the season. Rovers are new to us (or returning to SSML after 80 yrs absence) following yet another FA reshuffle and predicted to be a top-6 side, at least, this season. What a pleasure it was, and the pitch is an absolute carpet, an early contender for playing surface award for sure.

Jets have their age-old August problems with so many teachers in the setup, causing availability problems in the holiday season. The impact of that along with manager Tim O’Sullivan’s recruitment push meant there were six Jets starting debuts on the pitch and two on the bench. The new boys did well as Jets earned a solid point away against forcible opponents in front of the biggest SSML crowd (168) of the day.

The match was competitive and end to end. Jets did pick up an early yellow for midfield debutant Luke Preedy, just 8 minutes into the game. 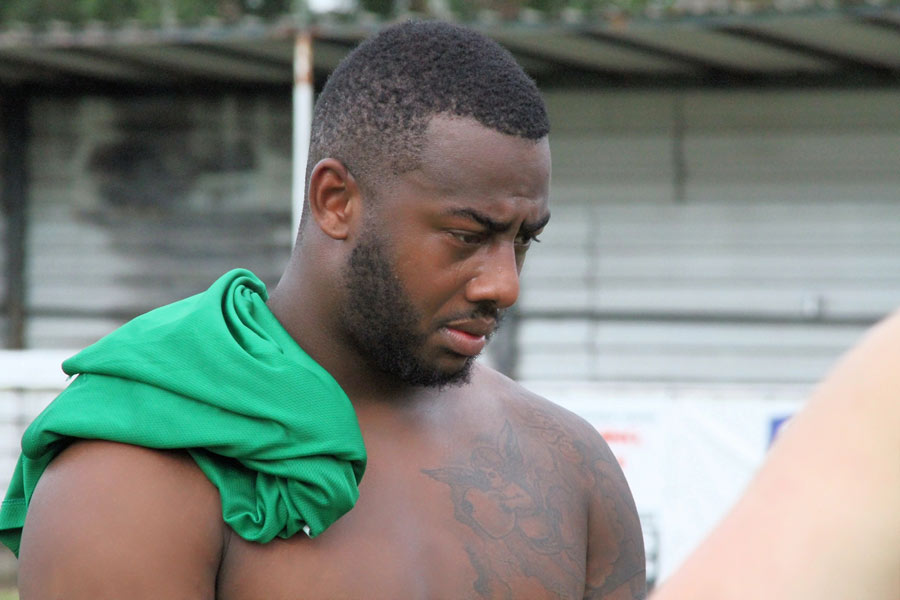 Later in the game, Ashley Lewis was our first “sin bin” sinner earning the pleasure in the 70th minute. The sin-bin set Jets back on their heels as he was the brick at the centre of the defence. His absence drew Jets back into their shell for the final period, leaving Wallace and another debutant Kyle Clifford with much work to do. 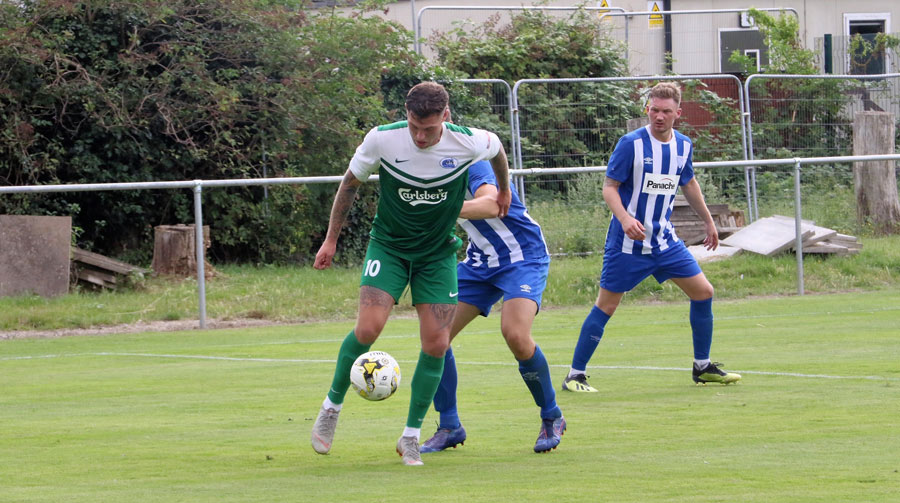 Up front two more debutants, Reece Cameron and nippy winger Carlos Simao were causing problems all day and, as their partnership grows, they look set to be a handful.

Midfield is the battleground and Luke Preedy and Tom McConway both combined well on their jets debuts so early season nerves were soon settled.

It was a battle, but Jets had to come from behind when a good strike in the 18th minute gave Rovers the lead. It was seen late through the bunch of players, and despite a diving touch that looked saved by Matty Evans, it crept to the post and in the net 1-0 (18 mins). 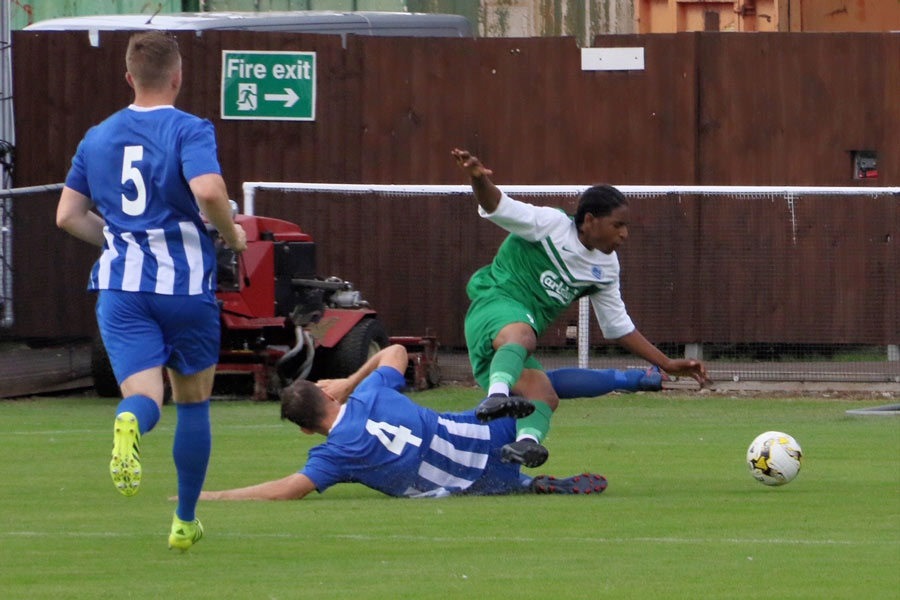 Simao brought down but no pen

Big shout but no pen

Jets took the game to the hosts and were furious when twice in short succession Simao was brought down when past the defender but no penalties were given.

Matty Evans was equally busy and old guard Speer, Gibson and Beaumont had to be on top alert as the pendulum swung back and forth. HT 1-0 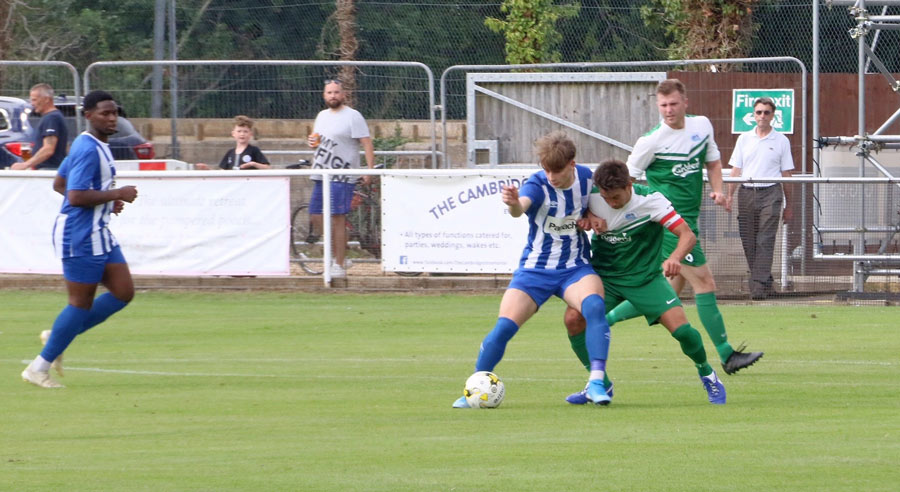 Nothing changed in the second half. The humidity flew up, the pace stayed high, and players on both sides were looking tired, and the chances were aplenty, but Jets had worked hard and got on top. 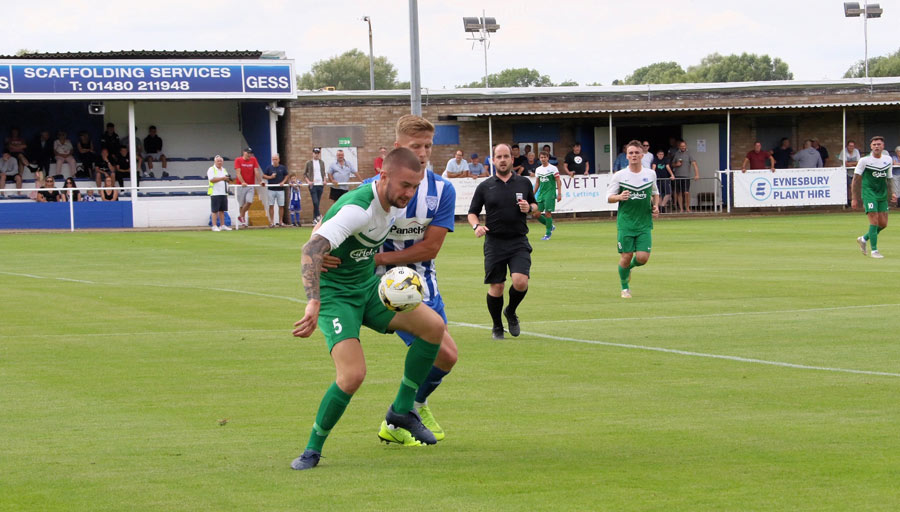 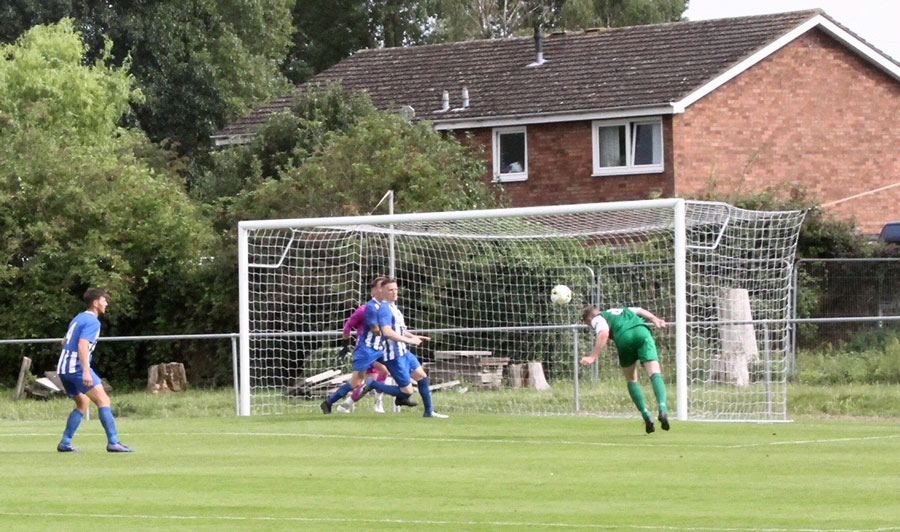 Preedy thinks it’s 1-1 but a defender heads off the line.

Long shots came from Clifford, which went a little high, and Simao, who was denied by a super save and one just over, as jets pushed and pushed. It looked like Jets had got the equaliser when Preedy placed a superb header, but somehow a defender made it back to deny.

The breakthrough came when Carlos Simao, growing in confidence, used his speed to break clear and then place an excellent equaliser on 69minutes 1-1.

With 20 to go Ashley Lewis was “binned” and Jets dropped or were forced back. Even on his return, which coincided with losing Simao to cramp, Jets needed to rely on superb goalkeeping and defending, coupled with a bit of luck, to hold on for a great point.

Man of the match was, as you’d expect on this performance, a close decision. Ashley Lewis was right up there but can’t really with a sin-bin tick off. All the debut lads were on their game and Speer, and skipper Gibbo were giving it their all. 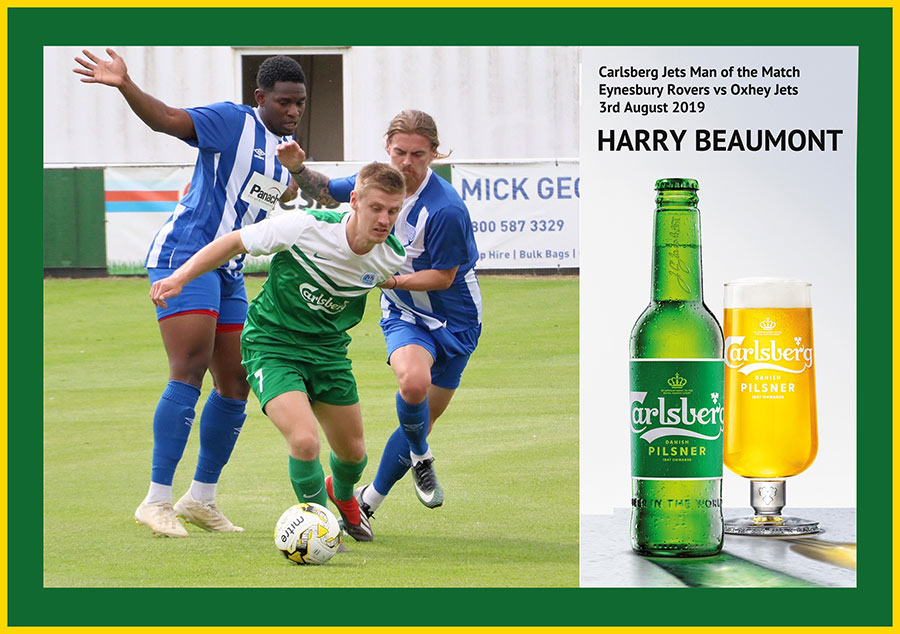 The deciding pick of the Carlsberg Jets Man of the Match award went to MOM sponsor Mick Walsh who singled out Harry Beaumont. So a bottle of the new Pilsner and a special gift from a Mick this year for Harry. 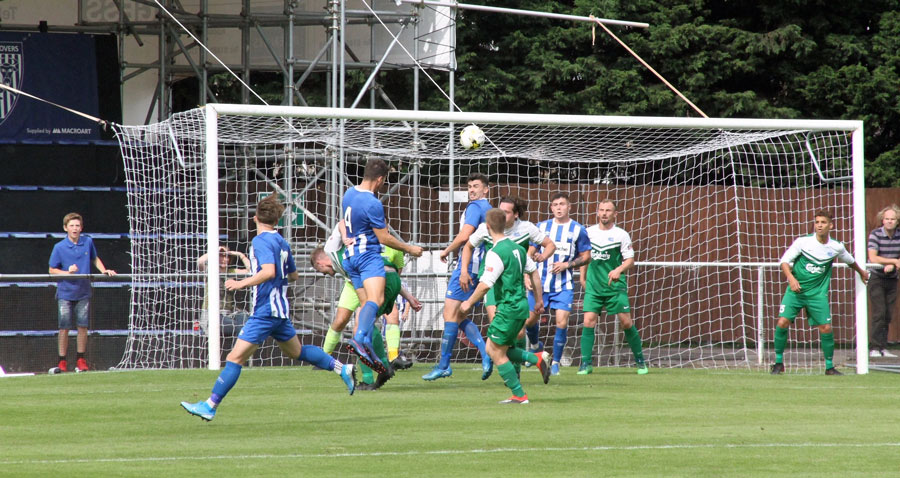 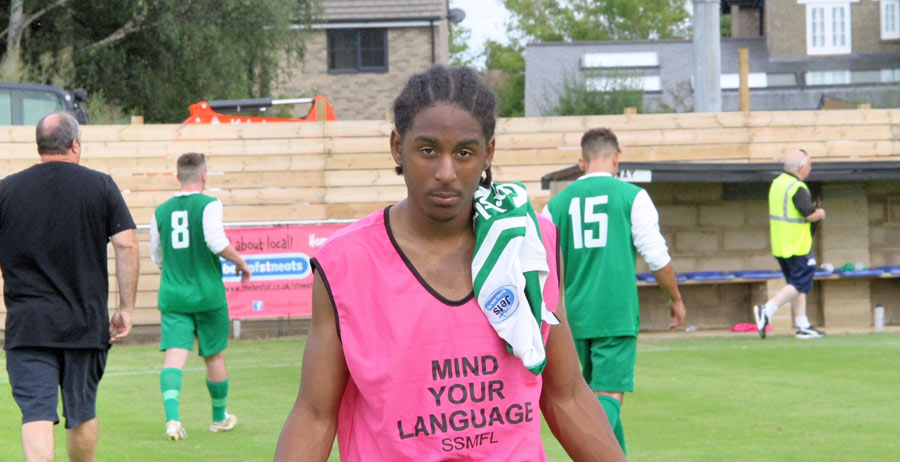 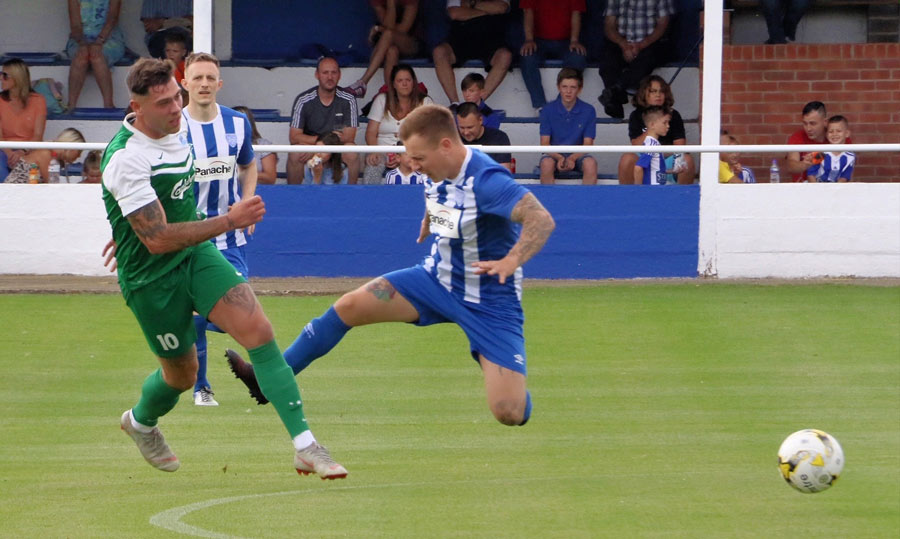 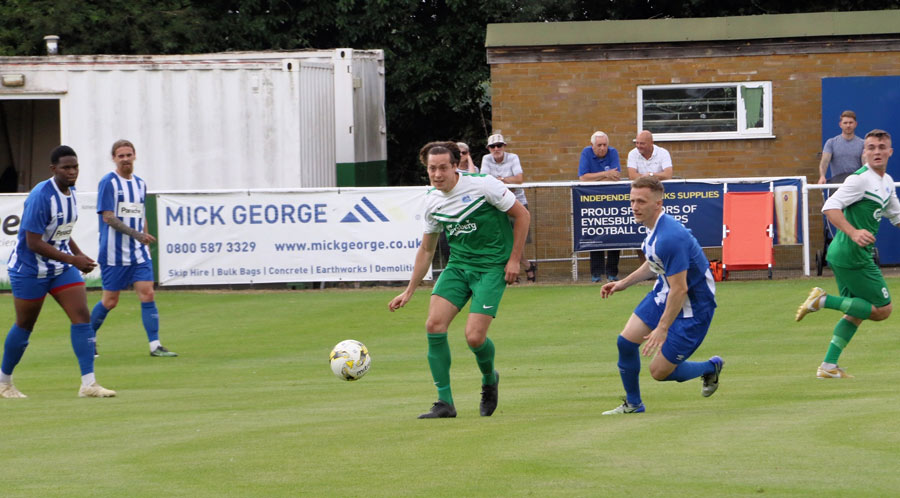 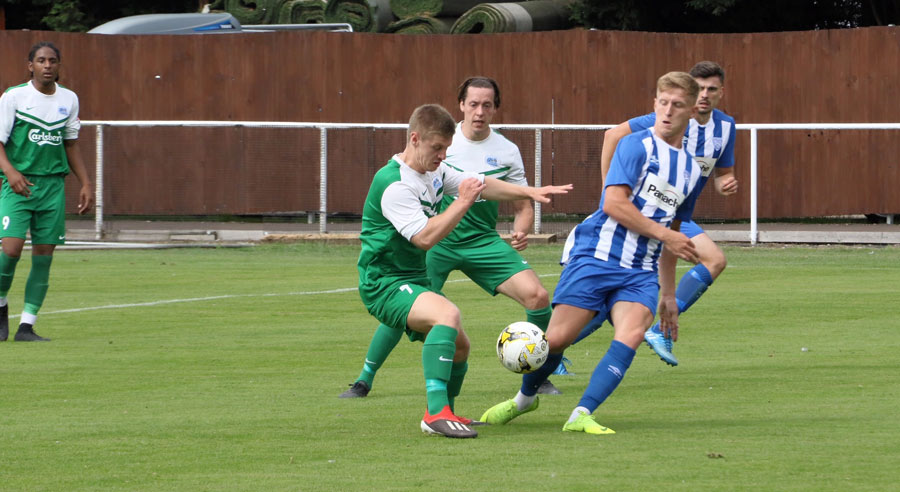 Man of the match Harry Beaumont 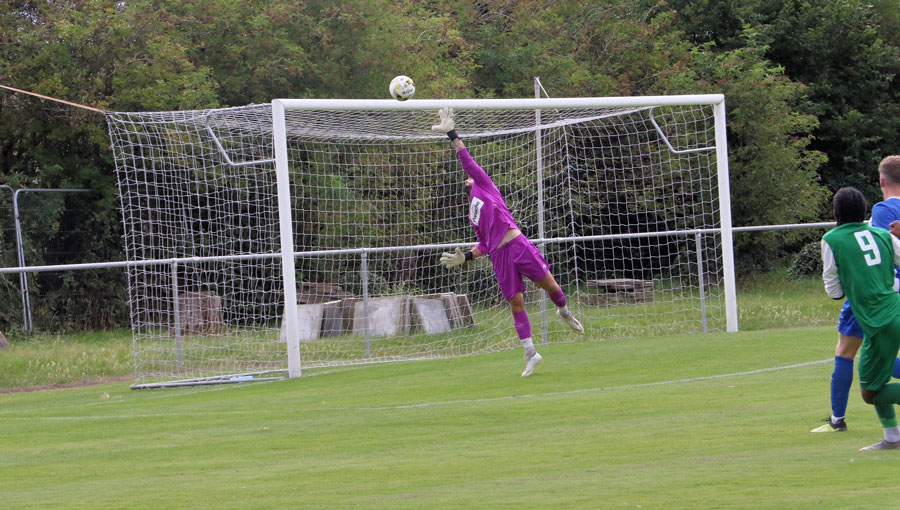 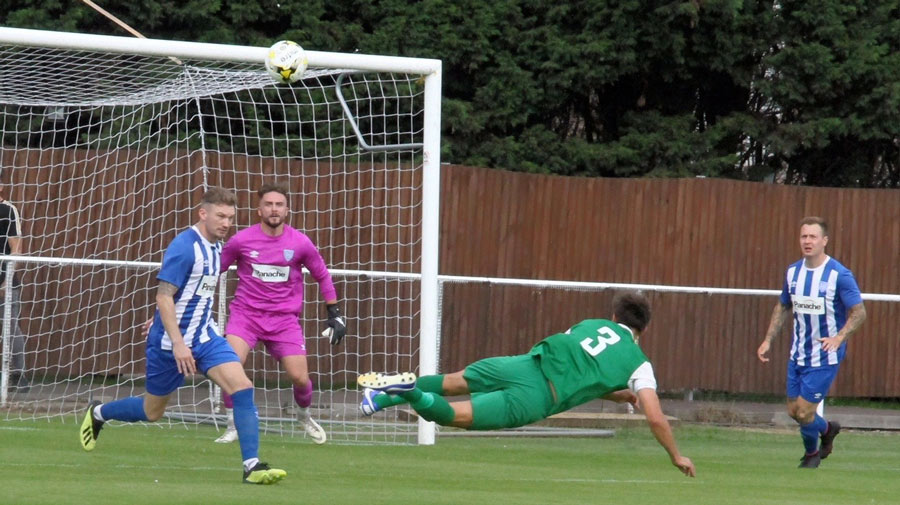 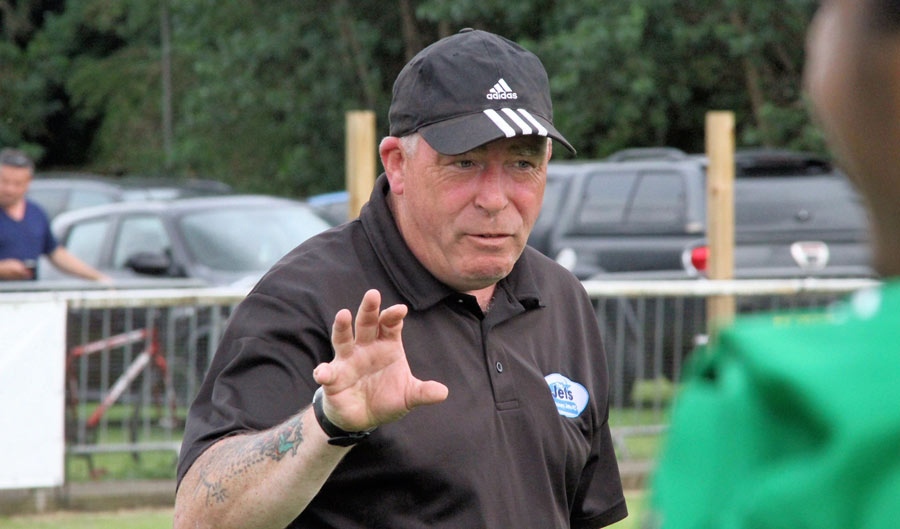 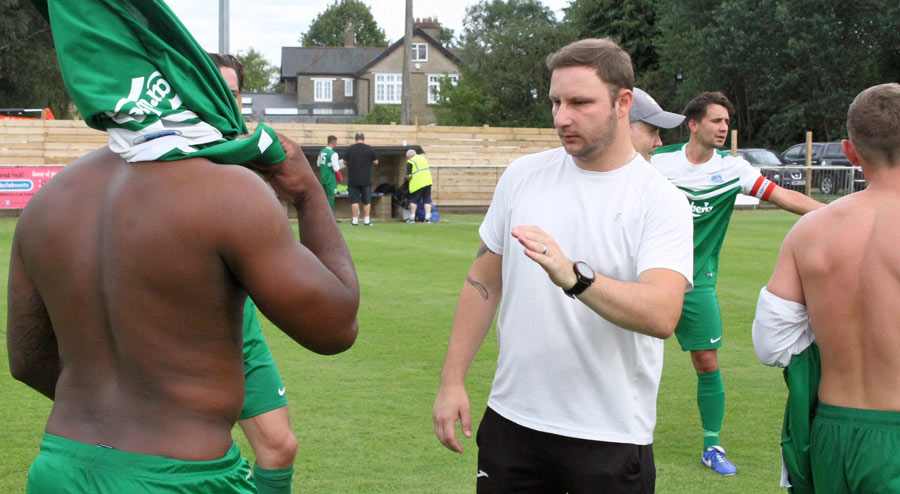 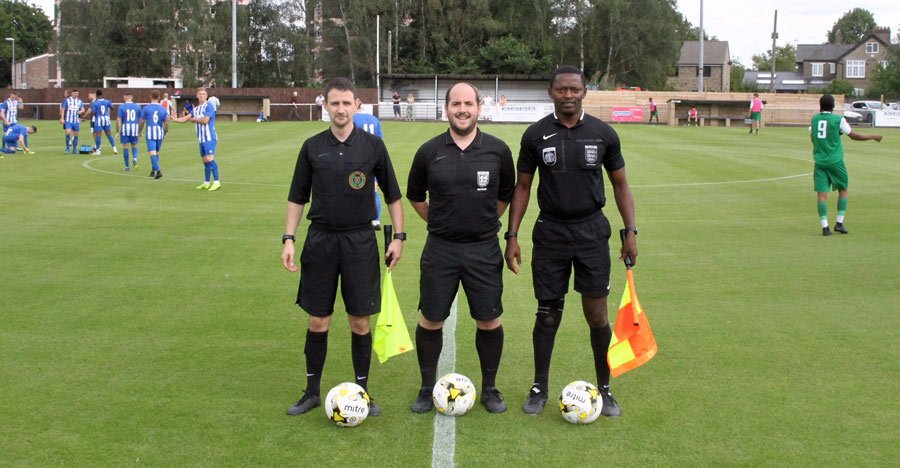