Three superb points and four on the road in our first two games, both against sides fancied for the top battle, but feet on the ground for us, say 36 more points to that magic 40 point safety line!

The draw Saturday at Eynesbury looked even better looking at Tuesday’s 5-0 battering that they inflicted on Biggleswade United. For our opponents London Colney it was their first match as they were the odd side out on Saturday in our 21 team league this season.

London Colney has been mega busy this summer bringing in virtually a whole new squad from multiple clubs to chase that promotion spot.

The first half-hour was a tight affair. Jets had more possession, but LC were very dangerous on the counter. Gary Wallace kept Jets level after Matty Evans was beaten but Wallace was there to clear off the line. 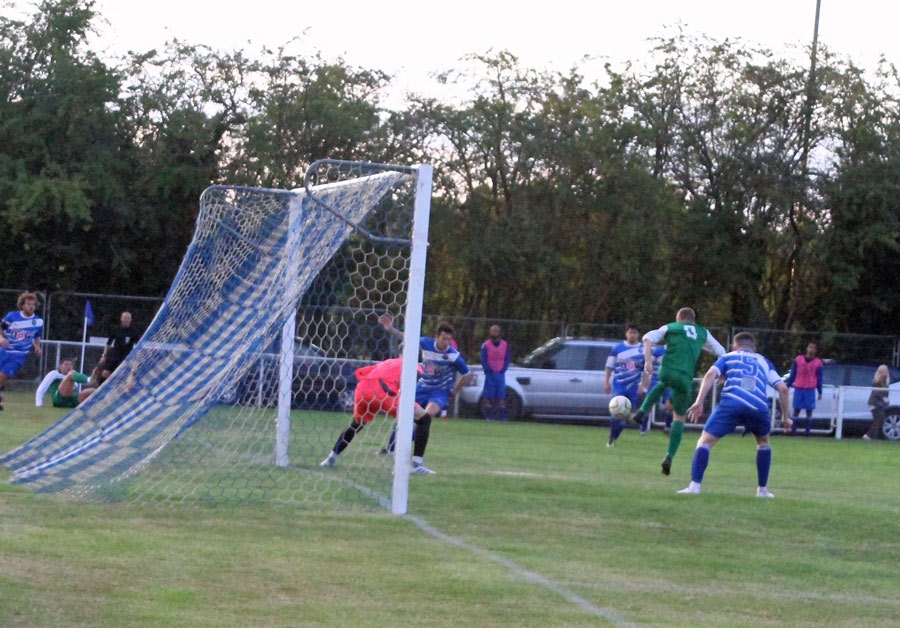 Cheeky back flip from Nick Kerley makes it 1-0

It was a critical clearance because minutes later Reece Cameron crossed to last season’s top scorer Nick Kerley who, in the cheekiest of cheeky moves, back flicked the ball past the keeper and into the net (31 mins).

It was now end-to-end, and Jets pushed while on the downhill attack, but it remained 0-1 at the break. 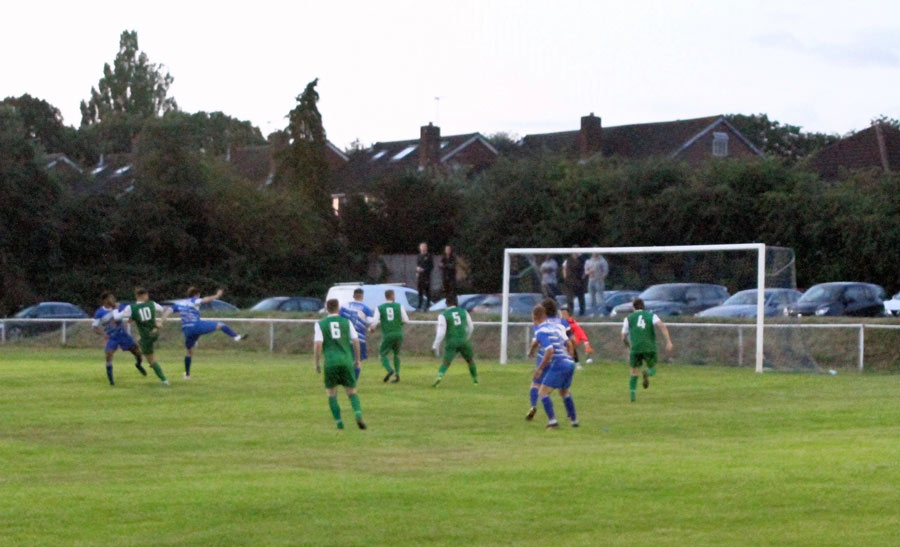 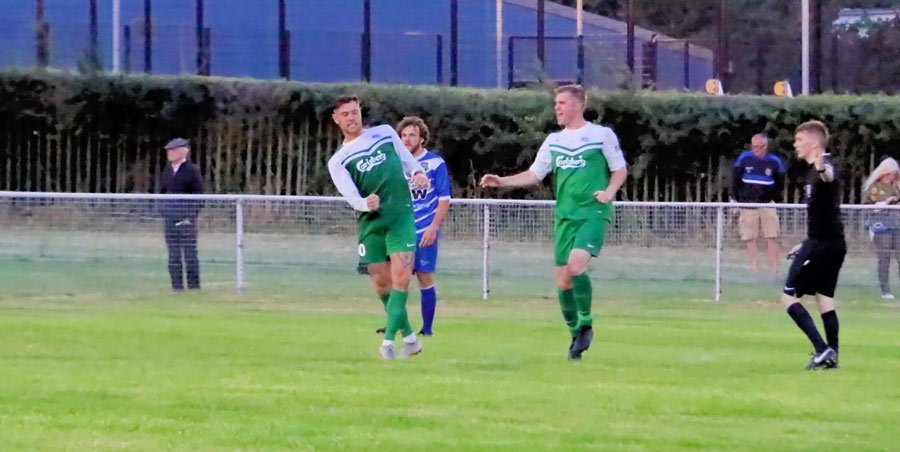 The half-time war cry’s from both changing rooms for the local derby was expected. It was Jets, though, who changed the game with an early strike after Carlos Simao was brought down. Carlos took his own free-kick and that man mountain, Jets own “Duncan Ferguson” was on hand as Reece Cameron headed home 0-2 (48 mins) making up for his first half caution.

Another accurate finish from Carlos Simao. 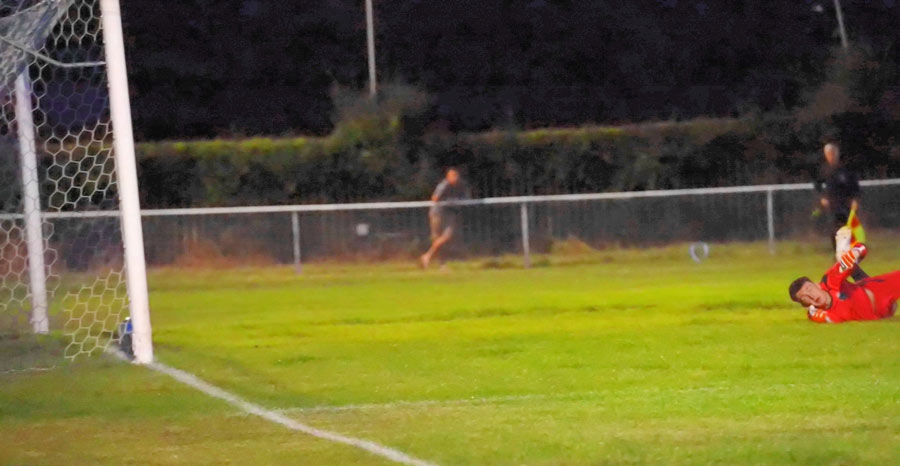 LC were rattled but still had the slope, but it looked all over when the nippy winger Carlos Simao made it 2-in-2 with a solo run and blistering shot 0-3 (70 mins).

LC, in a strange incident, were awarded a penalty after a foul on a Jets player! After the uproar that broke out the assistant rectified his mistake and Jets were given the correct free-kick, and it cost LC a sin bin offence.

The temperature rose somewhat and in an act of madness Luke Preedy raised his hands to push an opponent while the two of them were getting a lecture from the official. Now the push must have caught the LC defender off balance as somehow he found himself rolling on the floor holding his face, Now to be fair the miggies were out in force so I guess one went into his eye as the shoulder was pushed, but the outcome was the same either way and with little choice for the referee it was straight red for Preedy.

The hosts pulled one back in stoppage time from a wicked deflection, but the game was over, and Jets move onto the glorious FA Cup on Saturday, always an exciting thing.

Man of the match decision was close. A good team performance from Tom McConway who was excellent in the middle; Reece “Dunc” Cameron was, well typical Reece “Dunc” Cameron so well in the hunt; but the Carlrsberg man of match award went to Jamie Speer who was faultless in a superb win. 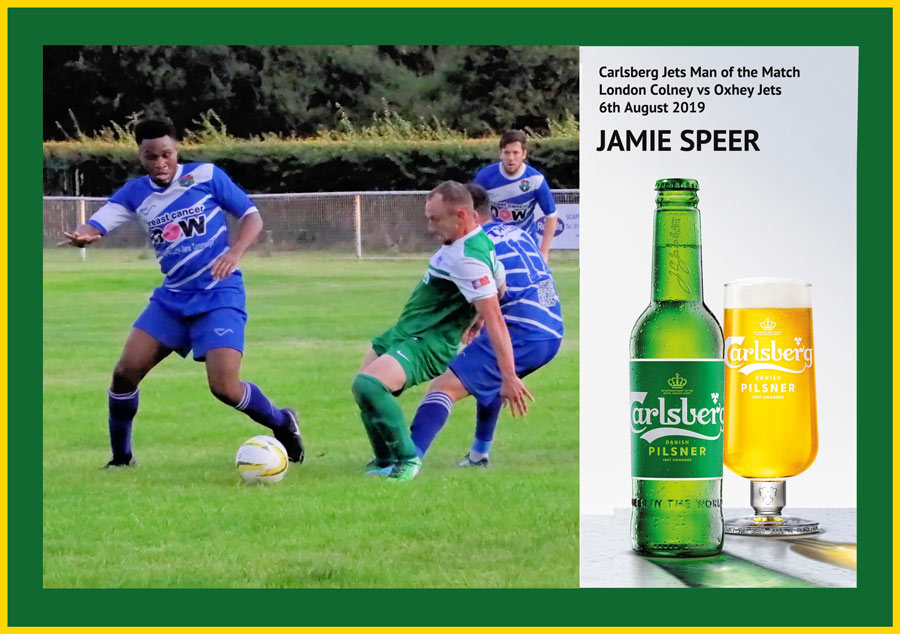 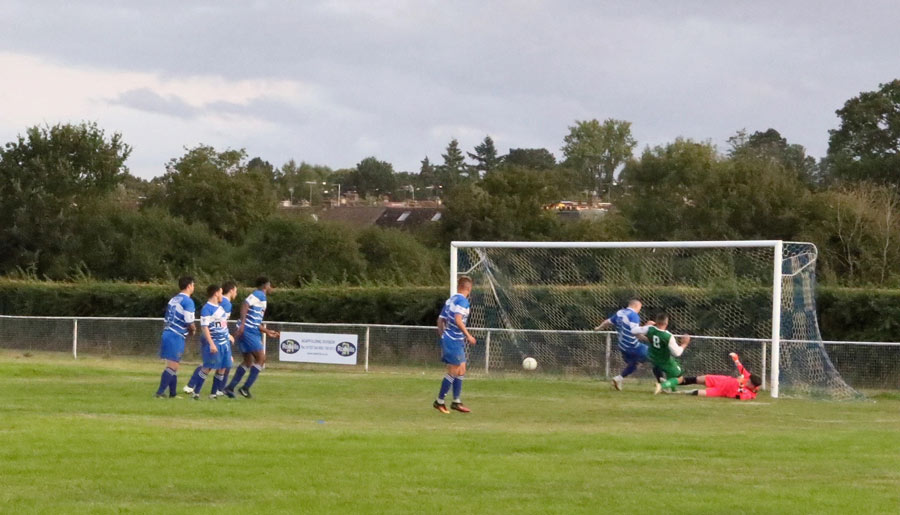 Luke Preedy so close to a goal 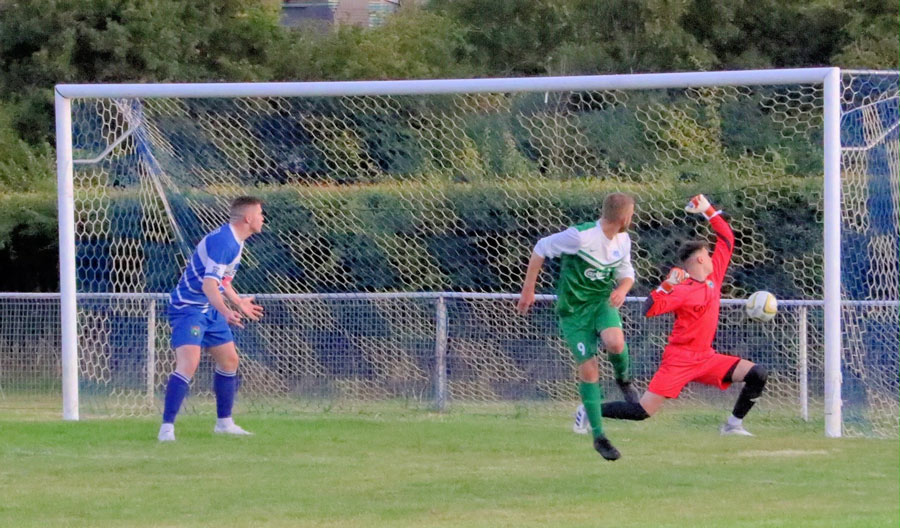 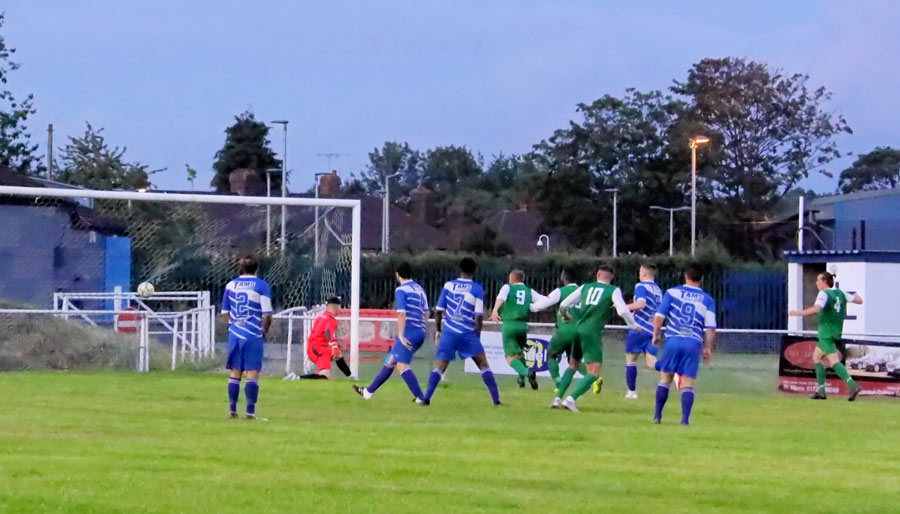 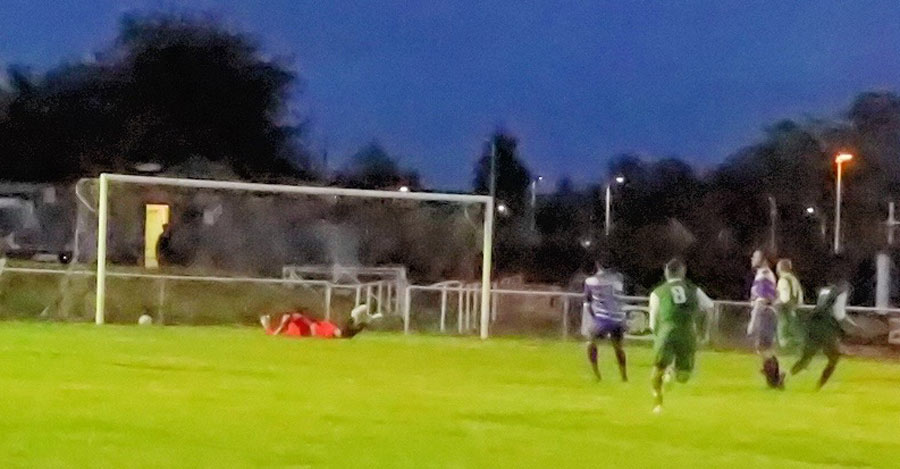 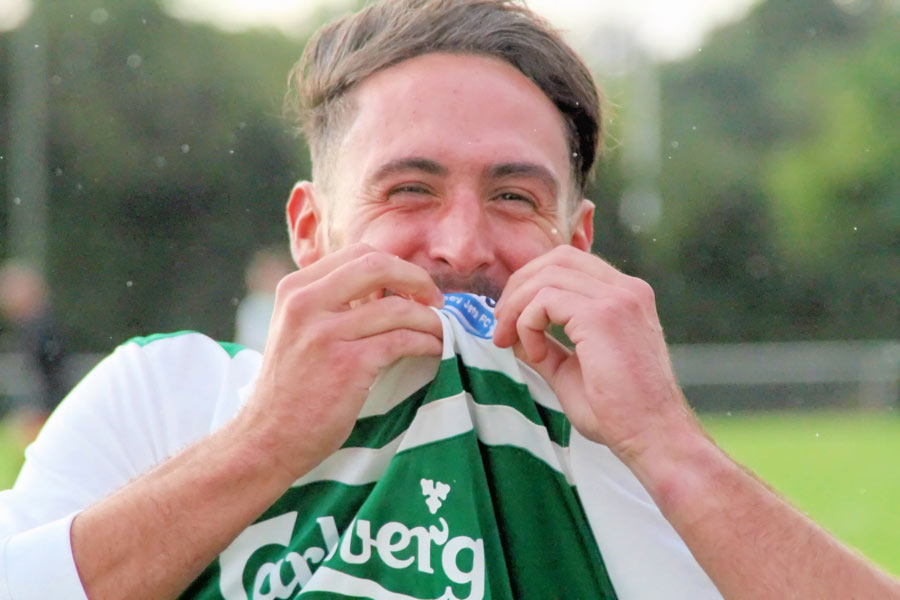