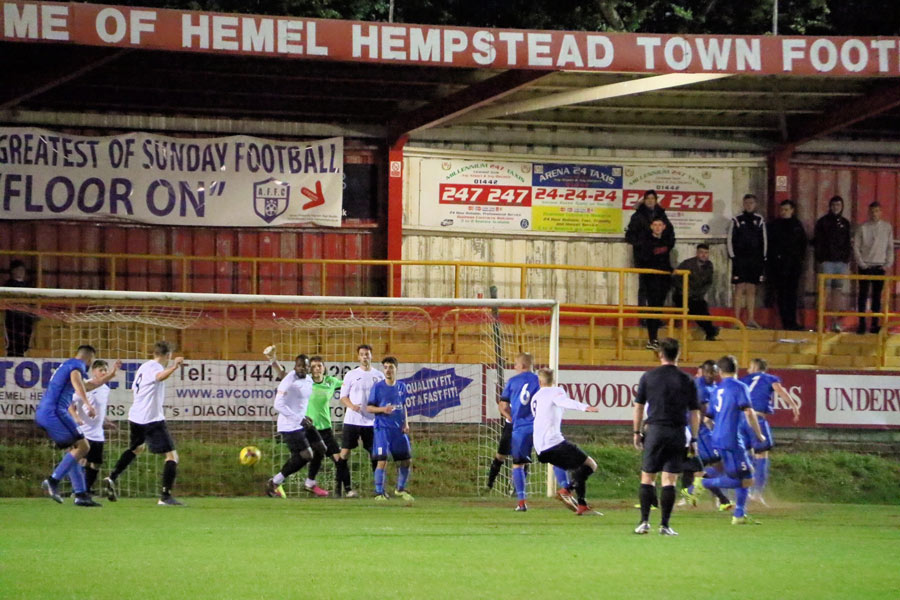 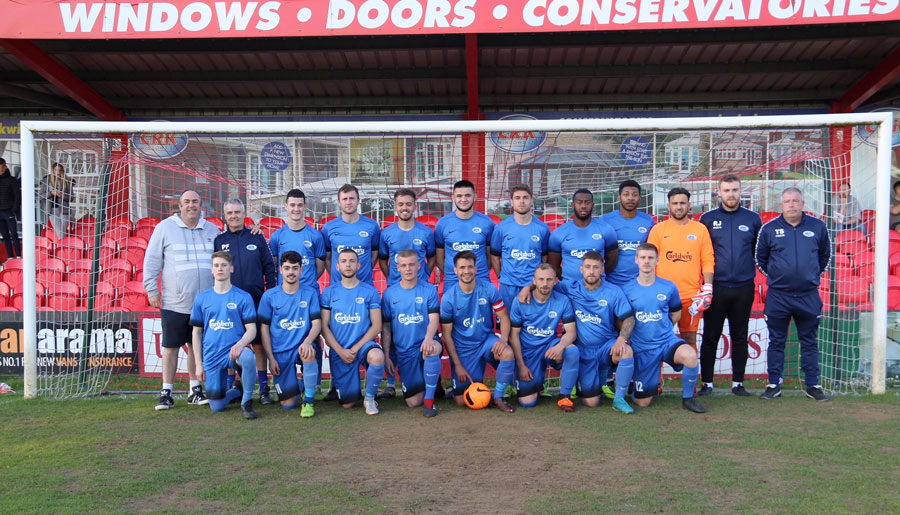 Jets did themselves proud in this St Mary’s Cup Final, up against Berkhamsted who have just finished 6th in the Southern League Division One.

Jets went close with a Sean Giordmaina shot from the edge of the area, but then needed an exceptional double save from keeper Matty Evans not to go behind.

Half time and 0-0 and all to play for. The game remained tight and competitive, but the stalemate was broken in the 64th minute when Summerfield scored for Berkhamsted, applying the finishing touch from Matty Evans save from a whipped in free-kick.

Henry Marku got his marching orders a few minutes later for some abusive remarks to the match official which left Jets playing the last 20 minutes with 10 men.

Jets still showed their spirit and were still able to have reasonable possession, and they gave it a right go in the final 10 minutes, with a couple of chances going close. Berkhamsted held firm, though, to lift the trophy. Congratulations to Berkhamsted on their win and for their season as well. Well done as well though to Jets who pushed Berkhamsted all the way, and have had a terrific season as well, building through the year to finish an excellent 8th place in the Spartan Premier.

Sean Giordmaina fires from the edge of the area 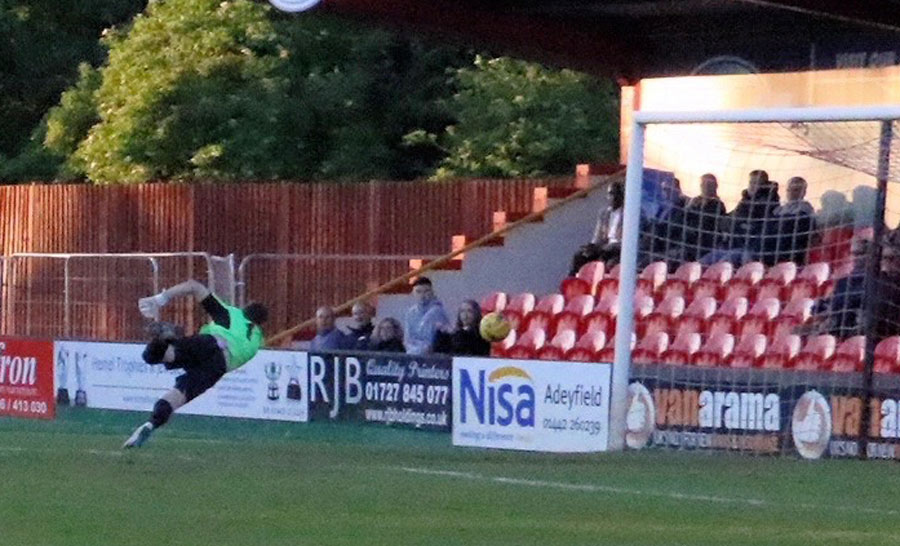 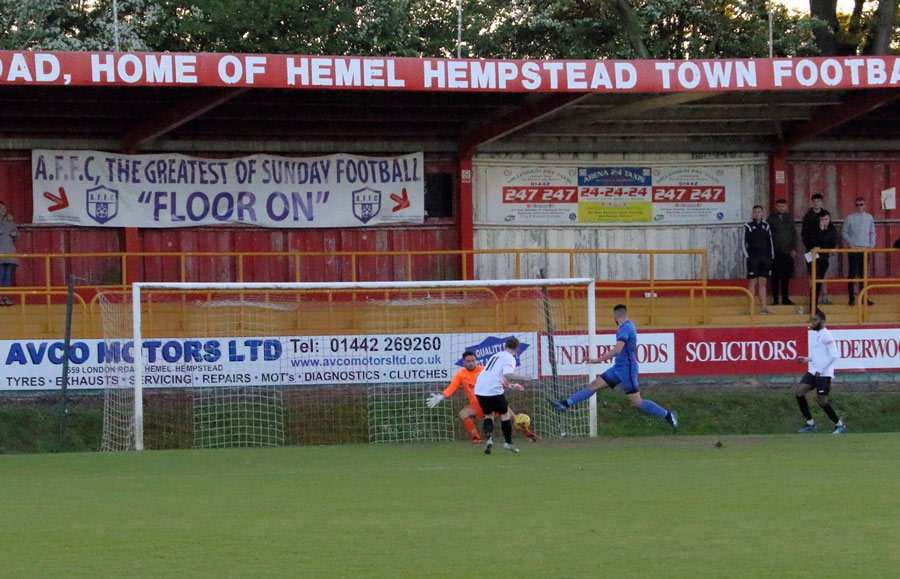 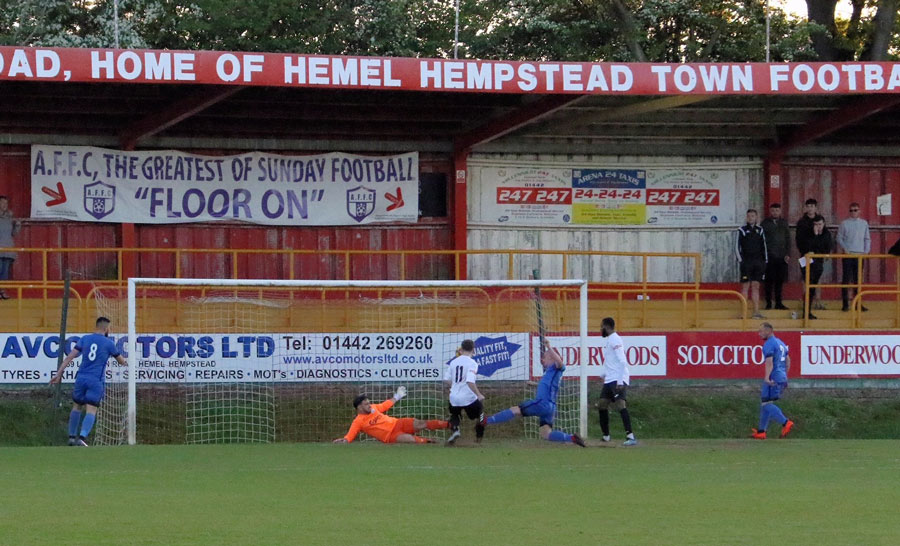 Double save -2nd save 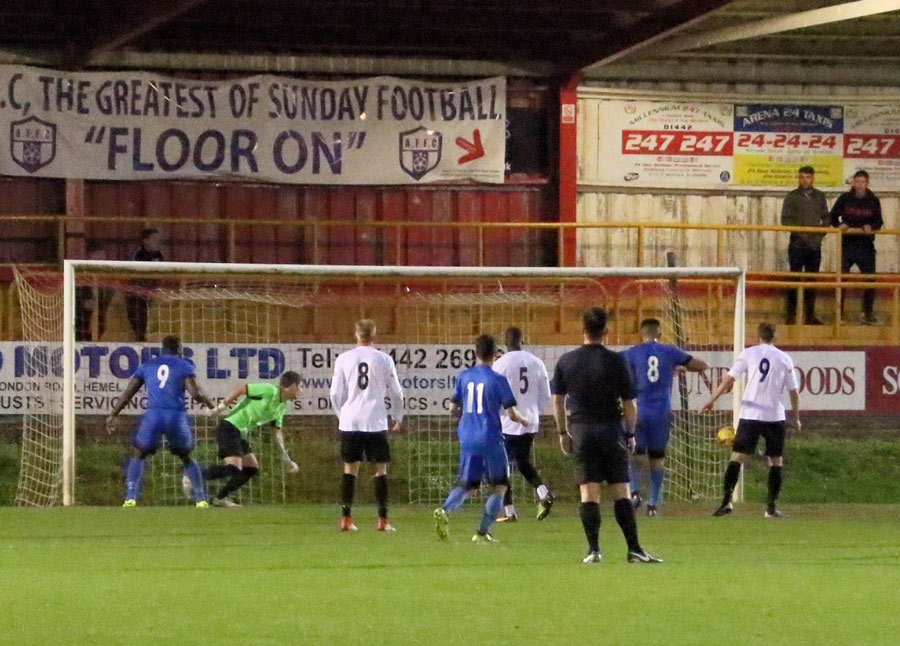 Jets inches wide as they chased the equaliser 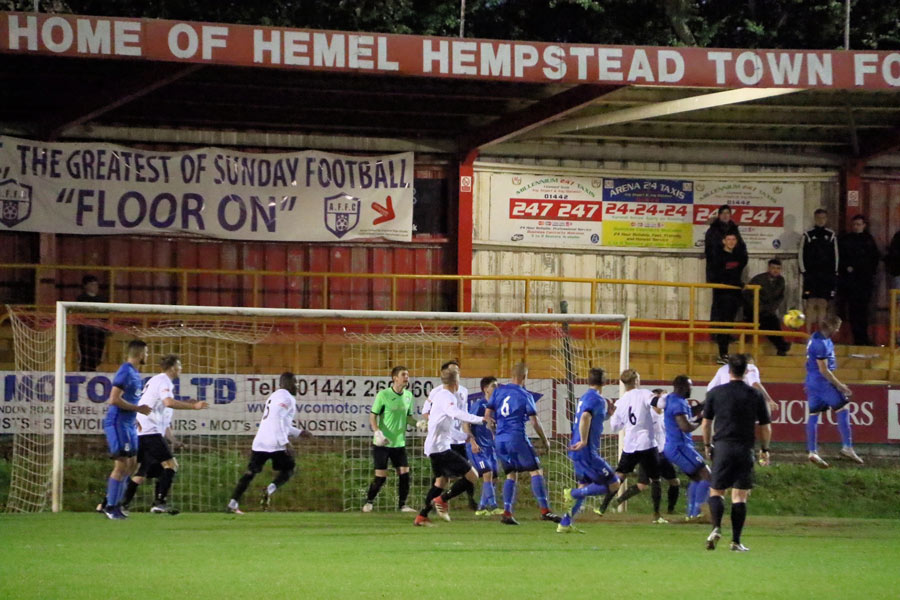 Fist half highlight was Matty’s stupendous double save

Berkhamsted scored with a follow up from a whipped in free-kick, Jets pushed hard in the closing minutes but to no avail.