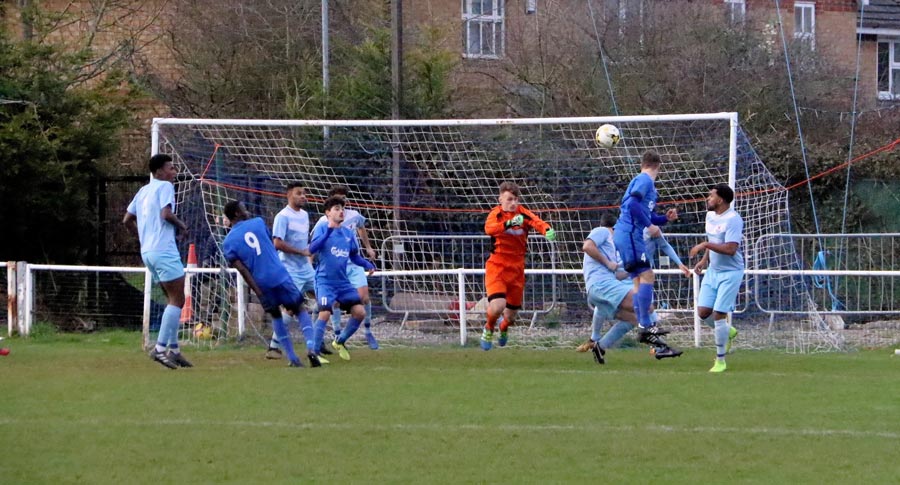 It was a case of after the Lord Mayors show on Saturday. Statto’s in the club were warning me this was a sticky match after three superb results against top end flying sides.

Without trying to slander our visitors in any way, who just about deserved the points, I feel Leighton’s Secretary summed it up after saying to be fair to the people who paid to watch both our games this season, they probably deserve their money back, both matches were so bad. 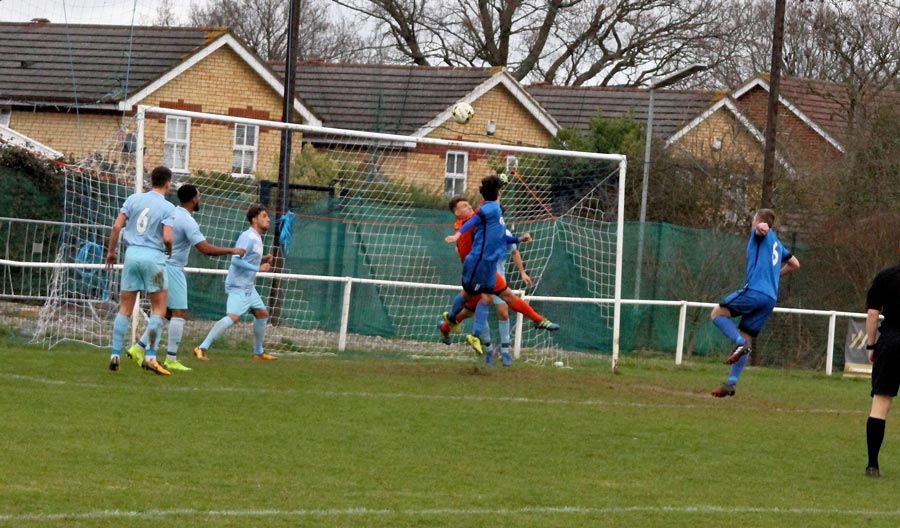 The first half started OK, going end to end. Jets had two headed chances that Scott Bonner and Sean Giordmaina had saved. The rest was dour with both defences well on top. Jets back four plus keeper did their job well, as did Towns. 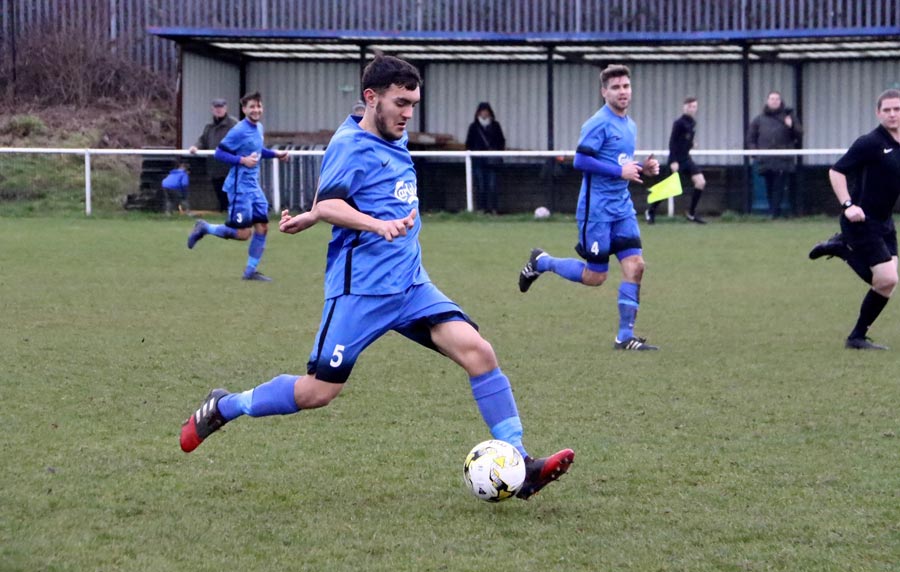 Jets back four were on the top of their game

Janie Speer in the thick of the action

Jets really offered very little, threatening only twice after the opening and that was when the wide lads attacked at speed, the rest being ruined by static play and petty fouls.

Nick Kerley, an apparent target for the visitor’s staff, tried hard to hassle, bustle and carve an opening but unless he looked wide Jets were out of ideas.

George Hobson was lost to illness and three subs used, but nothing improved. Jets, who showed a lack of composure, were without ideas as the visitors slowly and gratefully took advantage of Jets lacklustre performance.

The game looked goalless with the edge of a steal with the visitors. On 80 minutes that came. A Town corner of quality produced the winner as Jets watched the ball and left players unmarked and Town headed the winner.

Late chance for Sean Giordmaina goes over the bar

Jets did huff and puff a little. Dylan Hickman Singh threatened as he came in from the wing, but the danger petered out. Then in the final minute Sean Giordmaina went through wide, and the equaliser, although at an awkward angle, looked on, but the youngster grabbed wildly at the chance and blasted high over, and the game was lost. 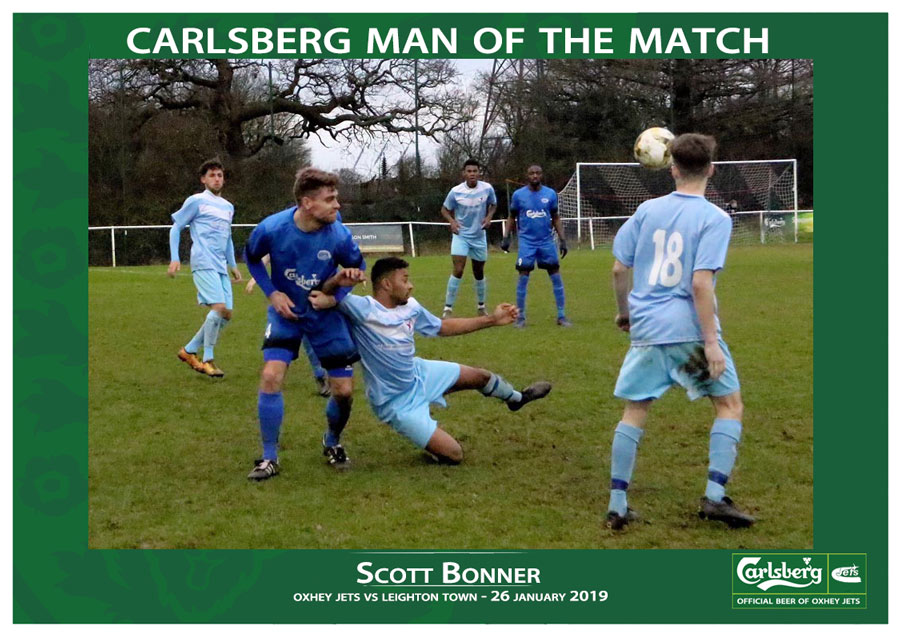 Man of the match was going to go to the defences, and only Nick Kerley could have changed that on his first-half performance, but Jamie Speer and Scott Bonner were the final nominees, and the nod went to Scott Bonner.

In honesty one to forget and a reminder that you get out what you put in, and a team is eleven men pulling in the same direction. 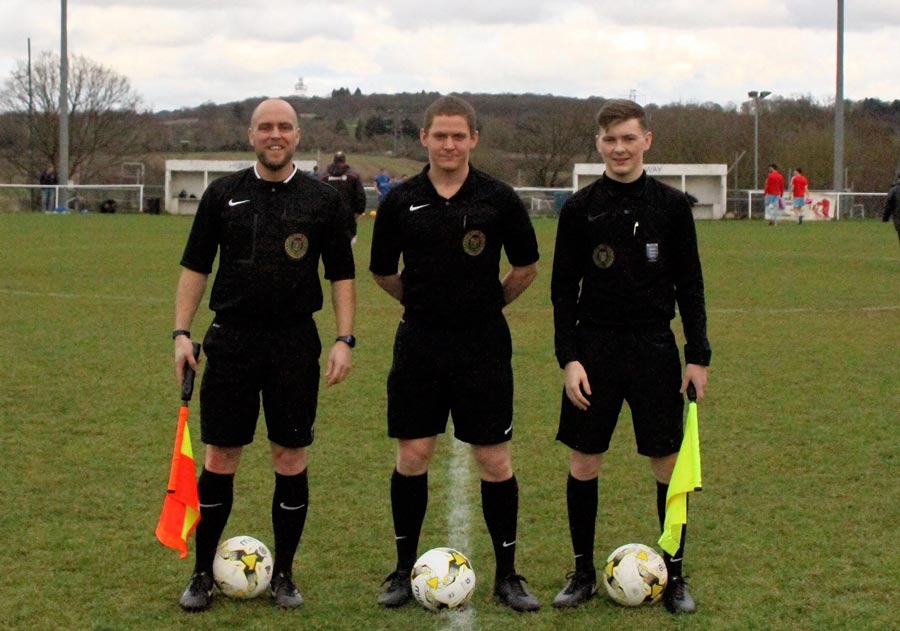