Three more excellent points against a top pack side left Jets in a happy mood having 7 points from 9 against high flying teams and moved Jets into the rarified grounds of a double over someone, a rare event over the last few seasons.

Jets won away at Potton early season, so today’s win was a real battle as Potton looked for revenge.

Kyle Johnson arrived from Tring to make his Jets debut

Jets gave a debut to new signing Kyle Johnson who has joined from table toppers Tring Athletic wanting more pitch minutes, and he almost got off to a flyer hitting the post in the first few minutes, his shot flew across goal grazing the other goalpost and out.

Kyle Johnson hits both posts but it stays out 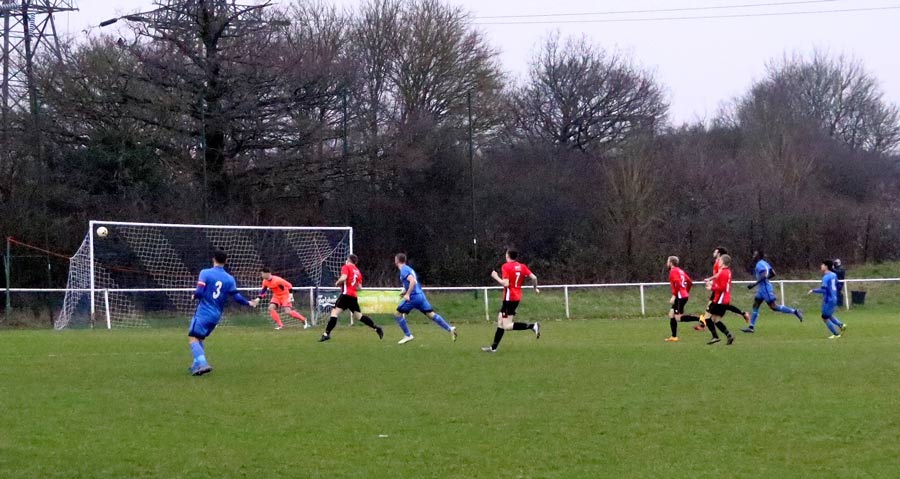 Inches wide from Kyle Johnson in a bright start

Jets had the upper hand in the early stages and came close again via Johnson, but then it evened out, and it was an end to end ding dong battle.

Great save from Matty Evans 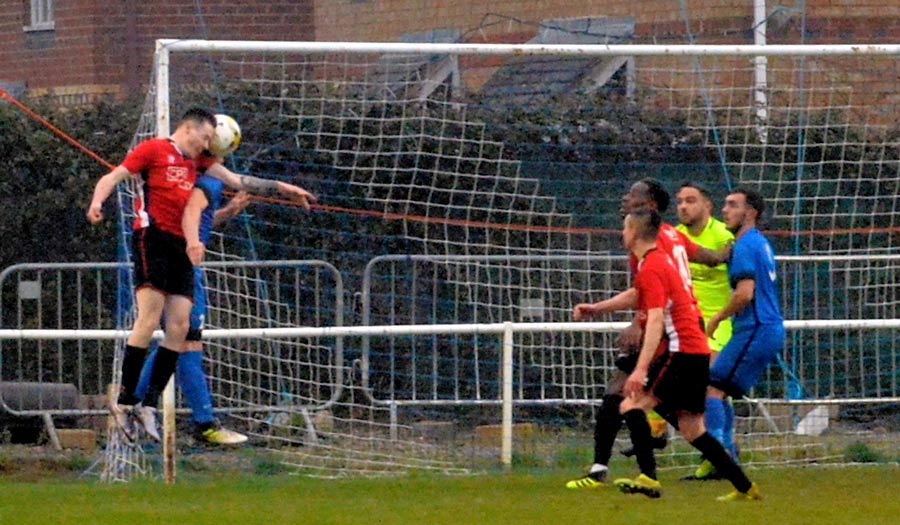 Potton pressure as the game goes end to end

United should have scored at the back post with a header, and Matty Evans made two good saves. 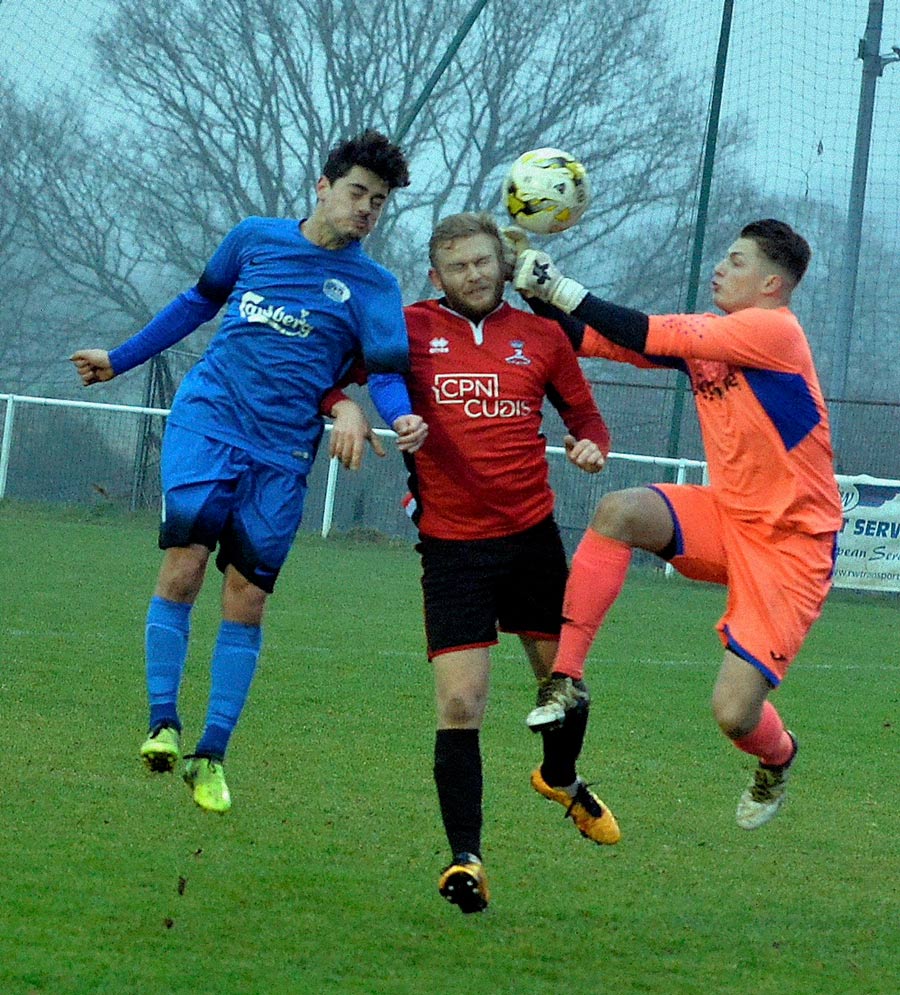 Sean heads goalwards before being clattered

Nick Kerley is the fastest to react and heads home 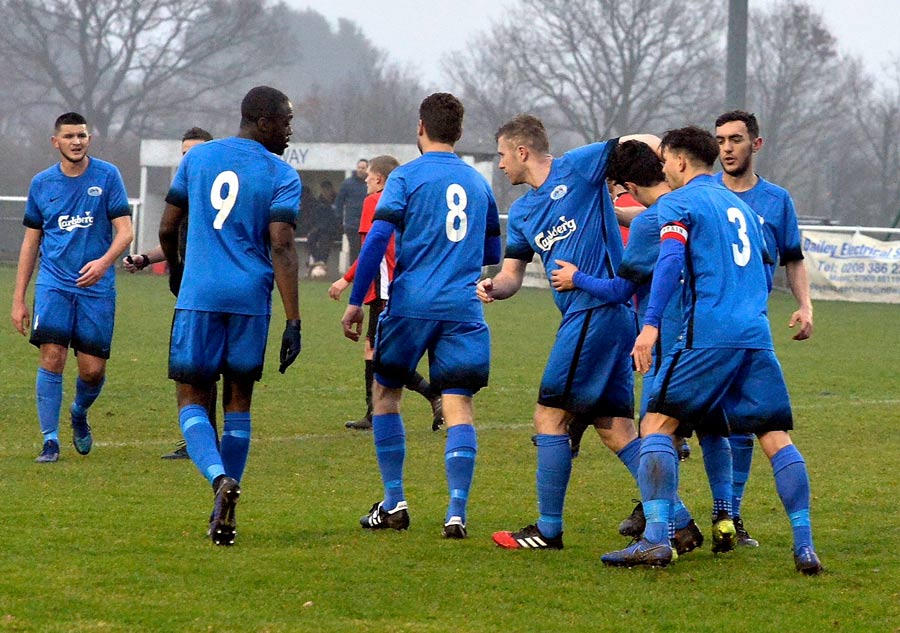 Then the breakthrough. Sean Giordmaina rose high and nudged the cross past the keeper and defender, with will it won’t it going through all Jets people’s minds. Top scorer Nick Kerley nipped in and made sure 1-0 Jets (23 minutes). Had it not been finished the penalty would have been Giordmaina’s reward for getting clattered.

Then right on half time Sean Giordmaina hit a shot goal bound, but the half time whistle went so we will never know. The first half could easily have turned around 5-5 on chances. 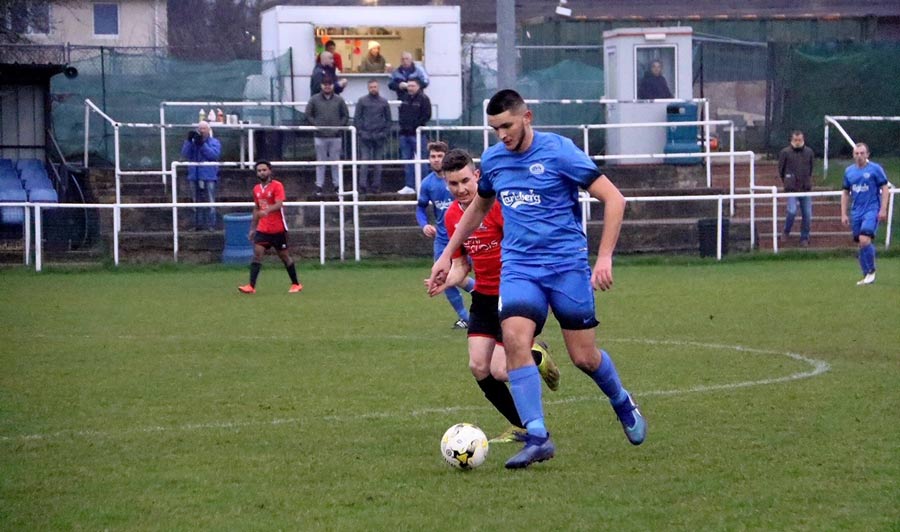 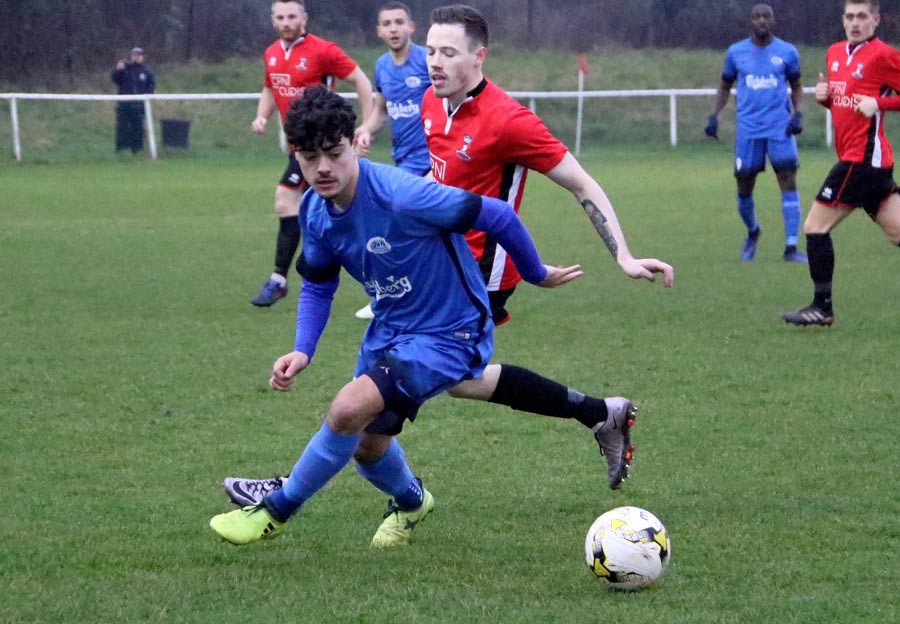 Tim O’Sullivan was adamant. Forget we are in the lead because if you do you are doomed, rewind it in your head to 0-0 and go for it again. There was praise for the diamond front four of Johnson, Kerley, Giordmaina and Turner for the multi chances created; for the backs for perseverance against highly energetic United forwards; and for the middle where young Henry Marku was excellent adding much presence to the midfield.

The second half was end to end with equal chance after chance making excellent grassroots football viewing. It was a result that four minutes into stoppage time you were still unsure if you were going to win. 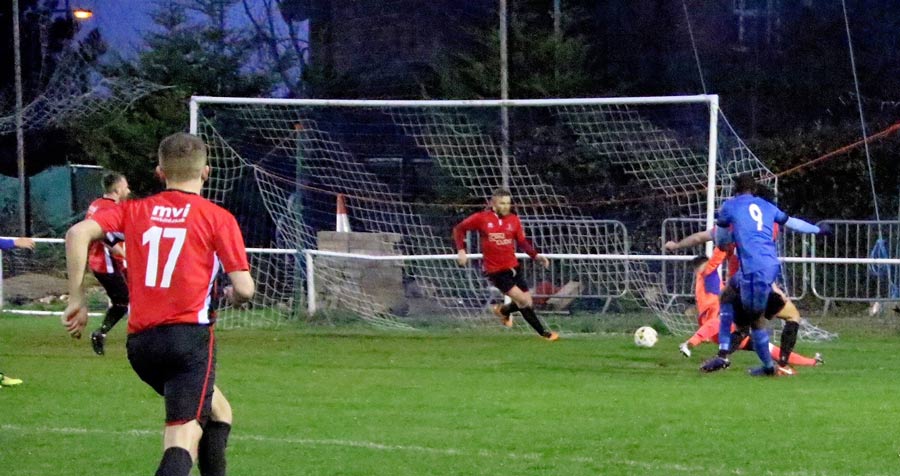 Giordmaina and Johnson in a late flurry forced a triple save to deny Jets confirming the win, and Turner was denied at the near post, while Matty Evans pulled off a stunner to hold it at 1-0.

It was a double and hell of a hard-earned one, and I applaud all three teams on the match. 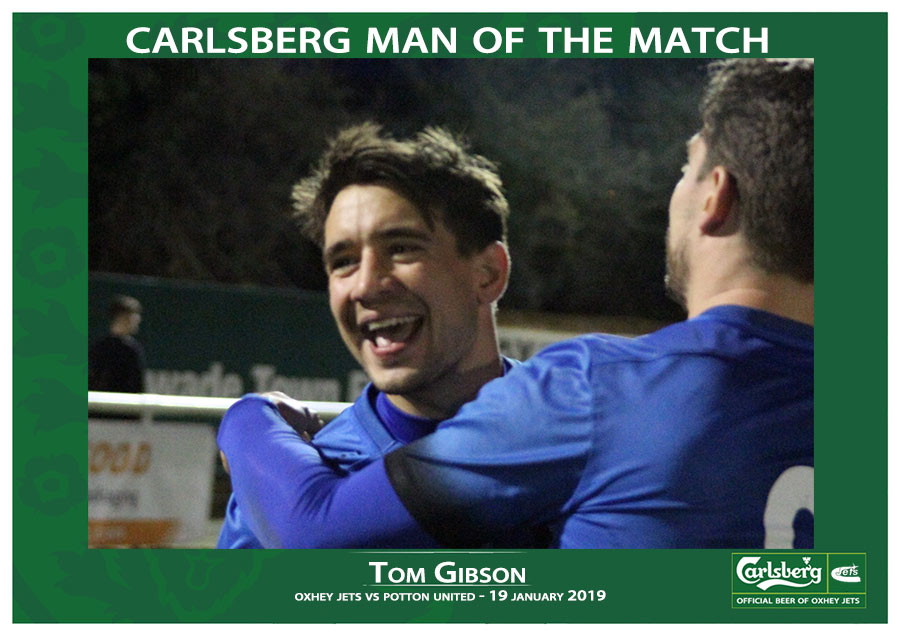 Man of the match was picked by Tim O’Sullivan who pre-match said to Skipper Tom Gibson you would need to be MOM today to deny their forwards, he did, and so Tim could say I told you so he chose Tom….. but in fairness, he did maybe deserve it!

A special mention should also go to the one who was close to being given the award. Young Henry Marku was outstanding but faded tired late in the second half.

So the A1 (M) challenge is still going well! 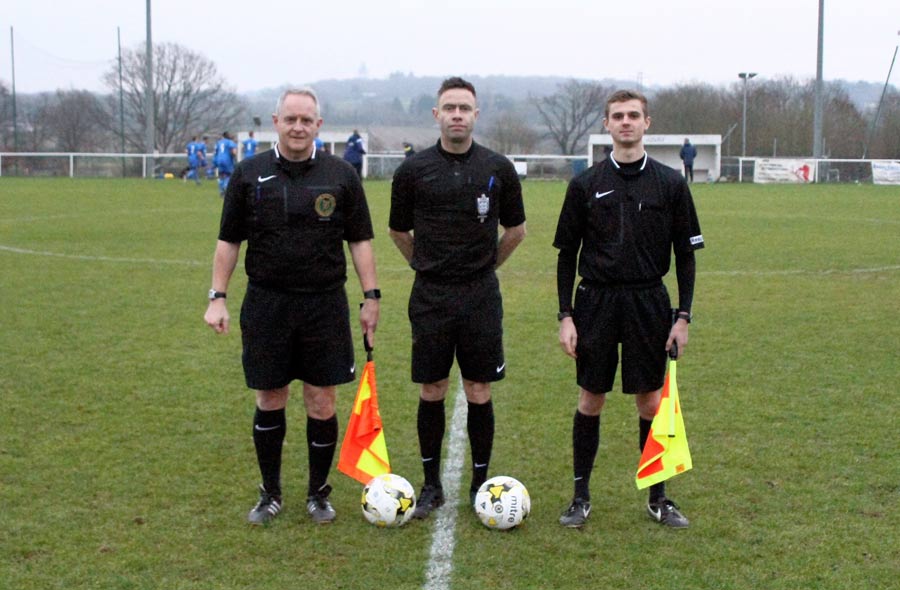 The Reserves win again to remain top of the Herts County Lge Div One. A scrappy 3-1 win today away to Buntingford on a poor pitch.Great start going 2-0 up inside 10 minutes with 2 really well worked goals. 2-1 at HT with the opposition scoring from their only real chance of the game. Hatful of chances missed by us but another win.

The Vets completed a good Carlsberg Day by coming back from 3-1 down (1-1 at HT) to win at title-chasing Wormley Rovers Reserves in a stunning game and result.