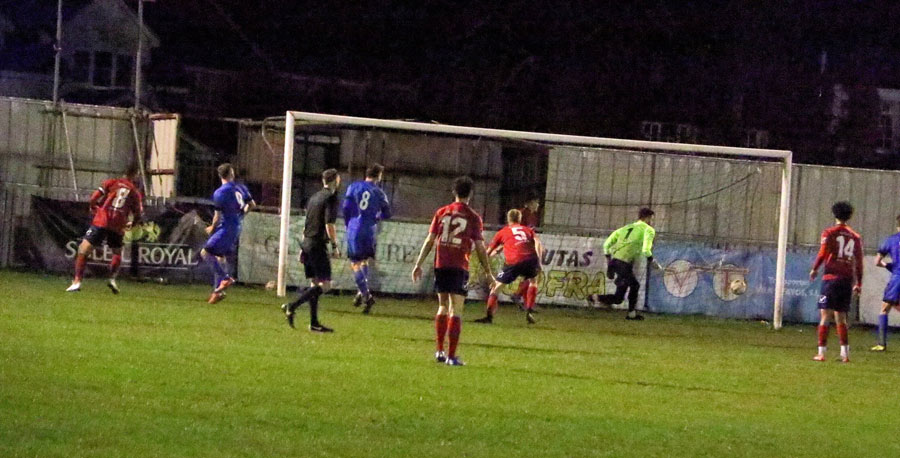 Jets started the day with a further reminder that no effort games like the feeble one last week won’t be tolerated and a tough test was to follow at high flying Biggleswade United who were on form and bubbling with confidence.

Tim demanded and then demanded what he demanded but could the lads produce? 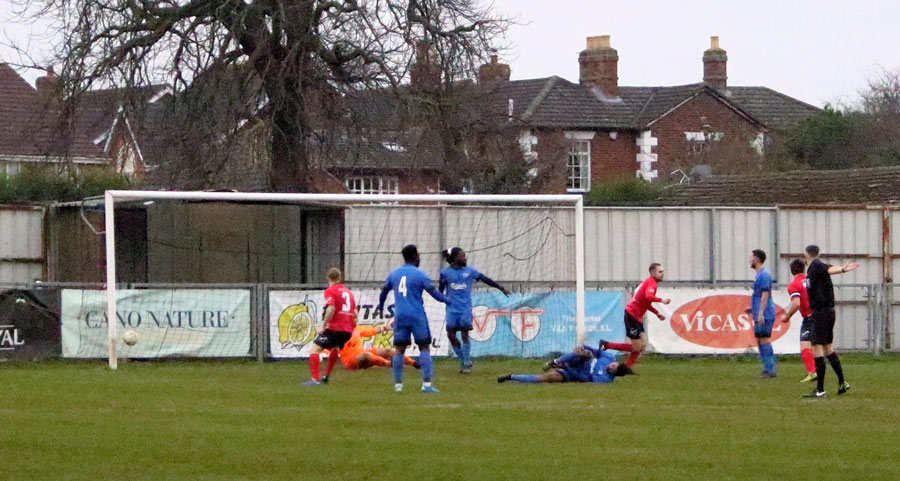 Well let’s make it harder shall we, they said and sloppy defending failed to cover and clear for Jets keeper Matty Evans after a point-blank save. The defence ball watched as Sam Holmes smashed home the loose ball. (5 mins).

Scott Bonner is taken down for a penalty

Well taken penalty from Nick Kerley and its 1-1

The remainder of the half was even, end to end and competitive, but right on the whistle Sean Giordmaina almost snatched the lead pouncing on a save but just in the side netting. This chance came after a 35th-minute penalty equaliser by Nick Kerley after Scott Bonner was brought down. 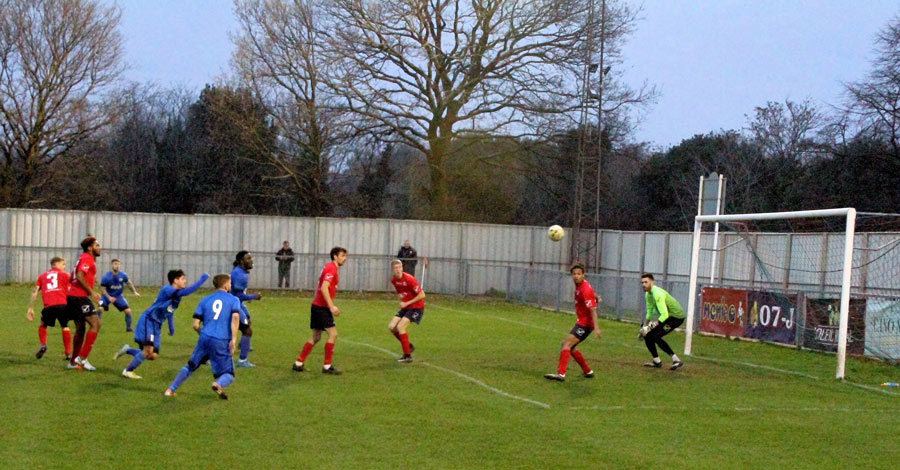 The first 15mins of the second half uphill was arguably the best I’ve seen Jets play this season. They chased, hassled and had real attacking options and quality against much-fancied opponents too, but United were defending superb, and the no5 was truly outstanding, an absolute magnificent defender.

As the half went on and both sides made changes, it was a thriller with both sides creating but rarely missing chances, because it was outstanding defending, blocking and goalkeeping that kept the sides level. 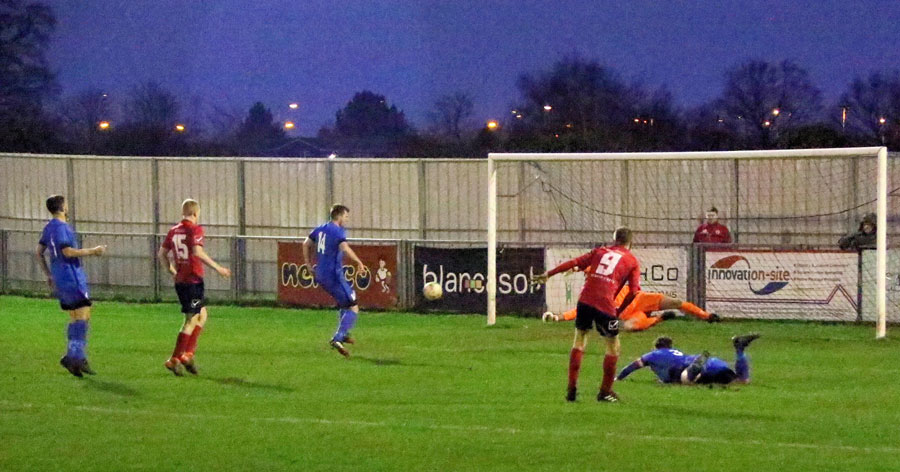 Superb save from Matty Evans

With the final ten minutes on the clock, the game was swinging the home sides way then with minutes to play a stunning save from a Matty Evans was a turning point. It was a stunner changing direction to stop the for sure winner.

Jets were for the first time hanging on a bit and when the referee indicated a minimum of 5 mins added I think many Jets hearts sunk.

Jets dug deep then with 94 on the clock skipper Tom Gibson intercepted and charged uphill and into the safety zone deep in the home sides half then cleverly took his foot off the pedal and won the throw in.

It’s In! A dramatic stoppage time winner for Jets! 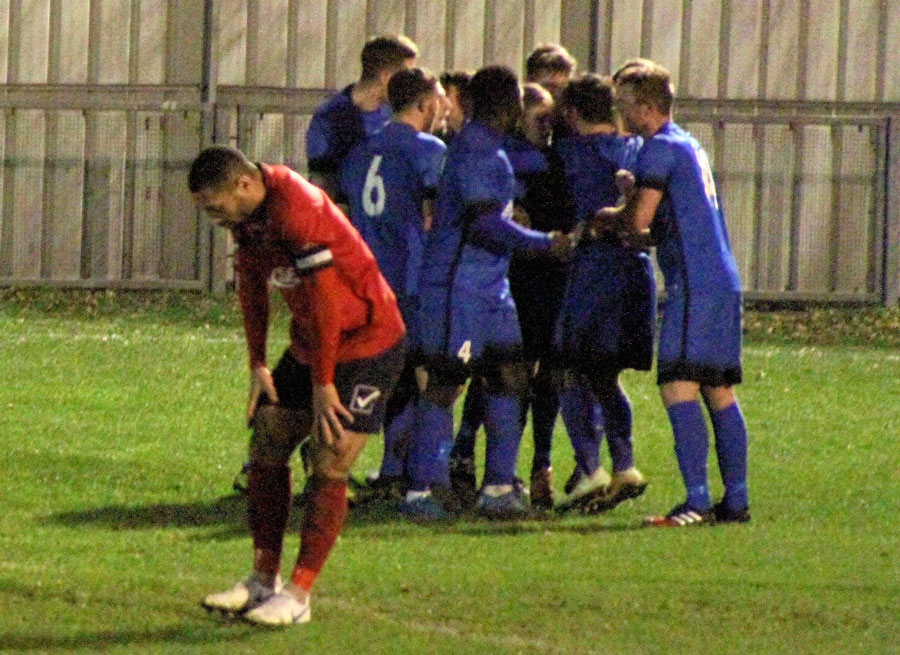 George Turner collected and hassled and turned it into a corner, and it must be the last chance. George Turner pumped in a fierce corner, and Nick Kerley headed across goal and off the opposite post for the winner (96 mins) just as Ryan’s dads Pompey side scored their FA cup winner.

The bench were happy!

Jets went mad, not because it won the league or a cup, but the team was looking for redemption, and they held their heads high and went higher than expected just when it counted. They bounced back from a lousy performance with a dogged hard earned one against a top-four side. 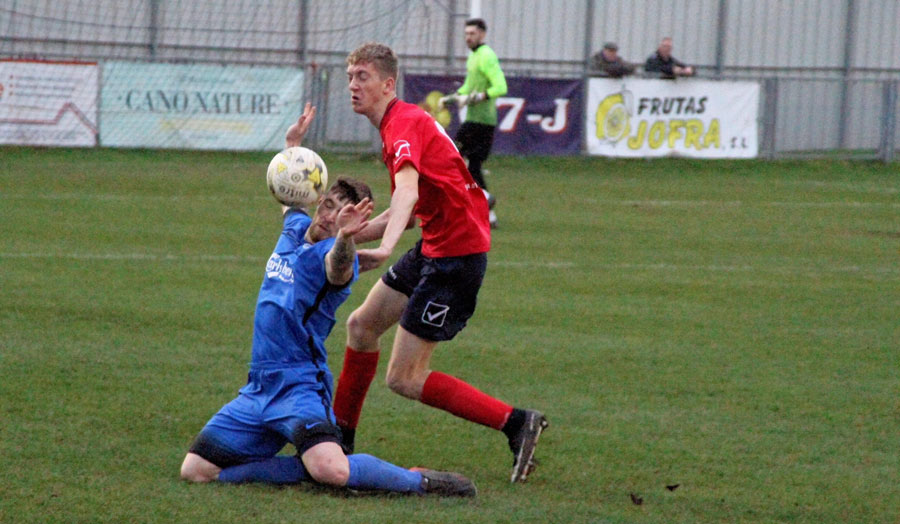 Man of the match. Nick Kerley got two goals, Sean Giordmaina’s shots on target were high and work rate superb, at the rear guard all were solid against excellent players and Scott Bonner and George Hobson, asked to play different roles, were excellent. With all this, though it was one moment that made the win possible for Jets, not the goals but the Matty Evans save.

Biggleswade have made their intentions clear this season with impressive results. Jets today for the first time beat a top-four side, showing their work in progress rebuild, is very much showing progress. 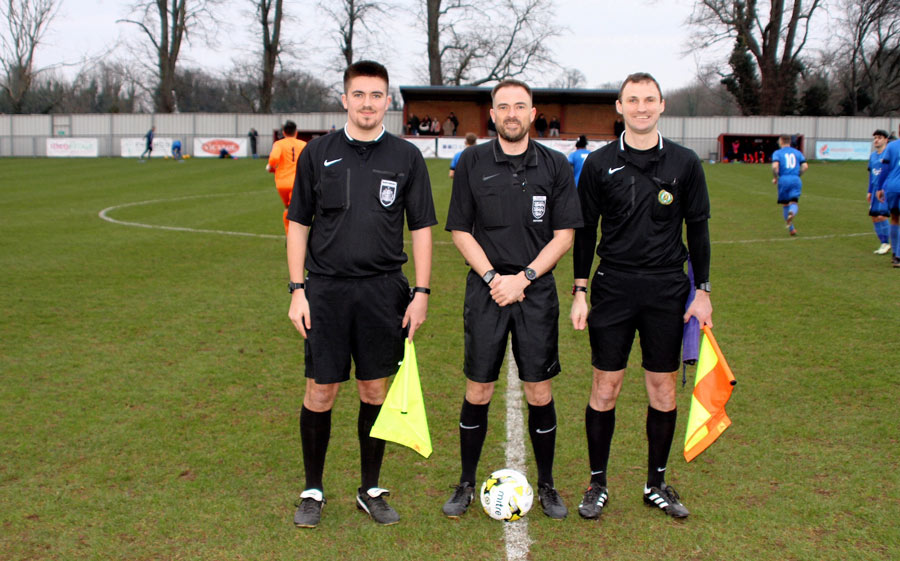