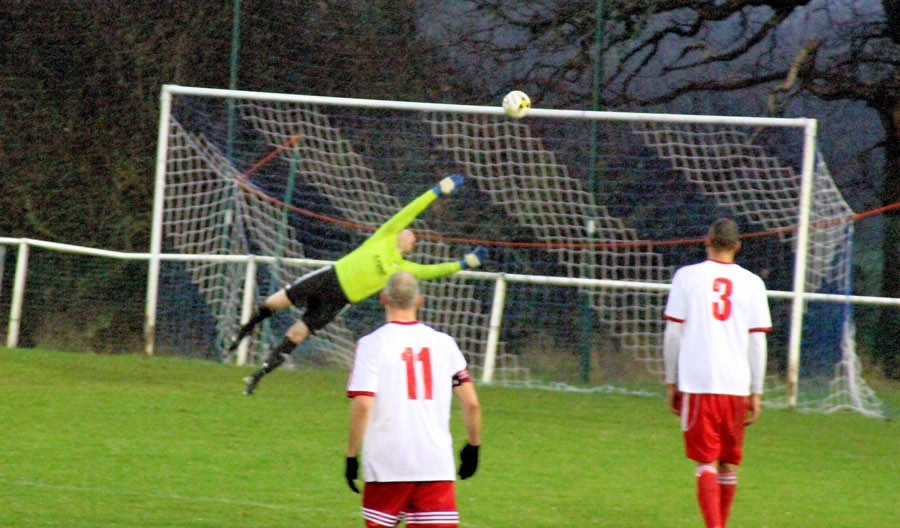 Jets and North Greenford Serve Up a Rock Banger

For the second time in recent weeks Jets had to play in monsoon conditions as incredible wind and rain hammered down and as puddles formed in the centre area the rest of the pitch was remarkable and allowed it also to rain goals in a rock banger of a match.

Jets fell behind early after a warning shot. Twice Jordan Payne slipped up, and the second time he was punished as North Greenford United notched the lead McLeish (5 mins) and minutes later he was flat out and subbed with the hamstring tugged.

The conditions got worse, and an abandonment looked possible when deep water built up around the outside of the pitch. The playing area, however, was staying good.

Jets had two good chances first when an NGU defender slipped and left Sean Giordmaina clear but he “shin-boned it and a defender cleared, then Nick Kerley went clear, but the keeper denied.

Sean Giordamina beats the keeper but fails to strike it home 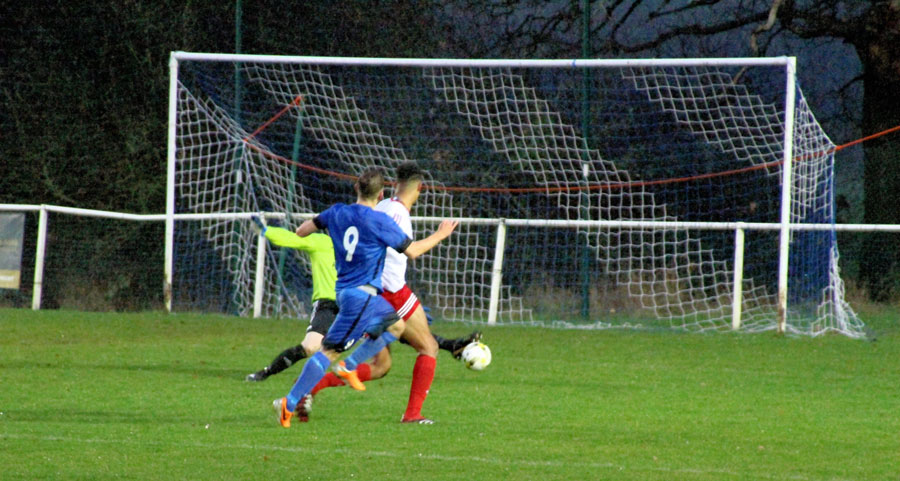 It was Jets who struck next when Jones opened up the whole pitch and played Nick Kerley in who was calm and hit home 1-1 (17 min).

Joy was short lived as just a minute later Vanderville miscues his intervention and McLeish again went clear and perfect execution for 1-2 (18 mins). 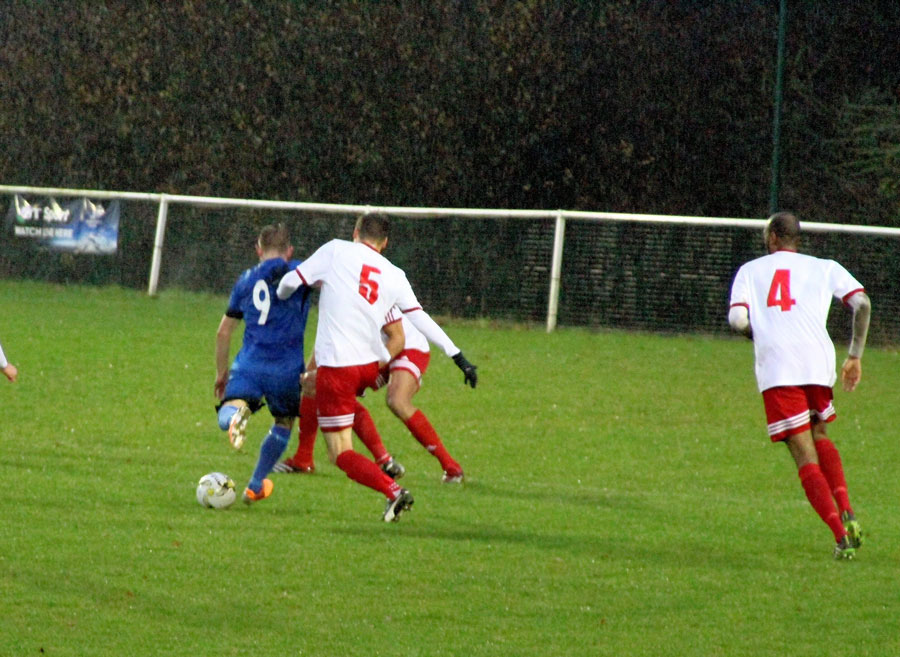 A Nick Kerley thumper makes it 2-2

No chance for the keeper

Well, anything you can do, and Nick Kerley let an incredible strike go for 25yds plus. 2-2 (19 mins)

The rest of the half was end to end, toe to toe in dreadful wind and rain. 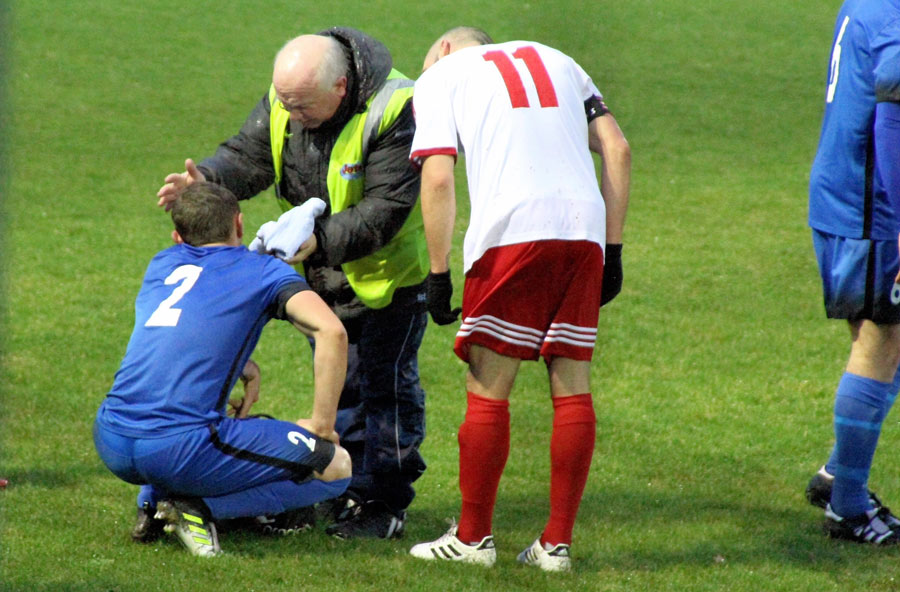 Off to hospital for Jamie Speer

Bad news for Jets was an accidental elbow which felled Jamie Speer and left him with a massive swelling bubble on his forehead. He was despatched straight to the hospital, and then Jets Mr midfield in the conditions Andrew Brennan suffered the Hami blow and the third sub needed and forty-five still to play. 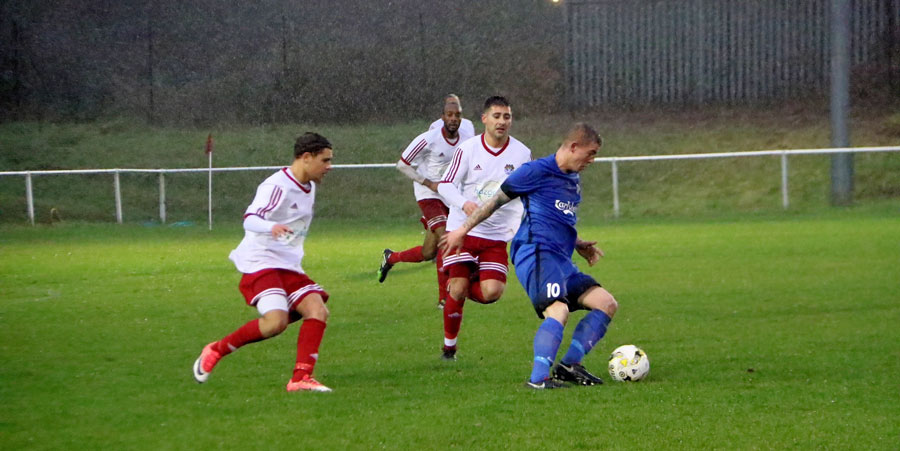 Superb first half from Andy Brennan before injury

The only good thing about the third sub was I’m sure the other two as disappointed as they were not to go on could not get in the showers to warm up quick enough.

George Hobson went on and put in a superb 45 minutes. Despite the changes, the Jets were still in there competing. Then disaster as Vass in a moment of madness passed a short back pass straight to two-goal McLeish who calmly ran and rounded the keeper for his hat-trick 2-3 (53mins.)

Tom Gibson is denied by the in form Greenford keeper

Somehow the keeper got across to keep it out

Jets recovered and rallied again, and a Deji cross found Sean Giordmaina and his diving header looked in, but the keeper made an incredible save.

Superb save from Luke Jones’ free-kick

George Turner follows up to make it 3-3

Then Kerley shot wide from a good chance and Jets struck the post. Finally, a breakthrough as an excellent Jones free-kick forced another fantastic save, but this time George Turner was on hand to stab over the line 3-3 (80min)

Jets joy – but it was short lived

Now NGU went all out and had a couple of corners which Jets survived. Then, in stoppage time, another corner went straight to the unmarked attacker and banged home. 4-4 (90+1).

It wasn’t quite over, and Jets had a little pop, but the match ended all square. In the second half what had looked like a defeat had turned into a win and then finished as a disappointing point that felt like a defeat!!. It was, however, a good and deserved point for both sides.

Jets man of the match, Nick Kerley and George Turner scored two goals each and a stunner apiece, Brennan was outstanding for 45 and replaced by George Hobson for 45 who was excellent too.

Manager Tim O’Sullivan made the tough decision between them and went for George Hobson. 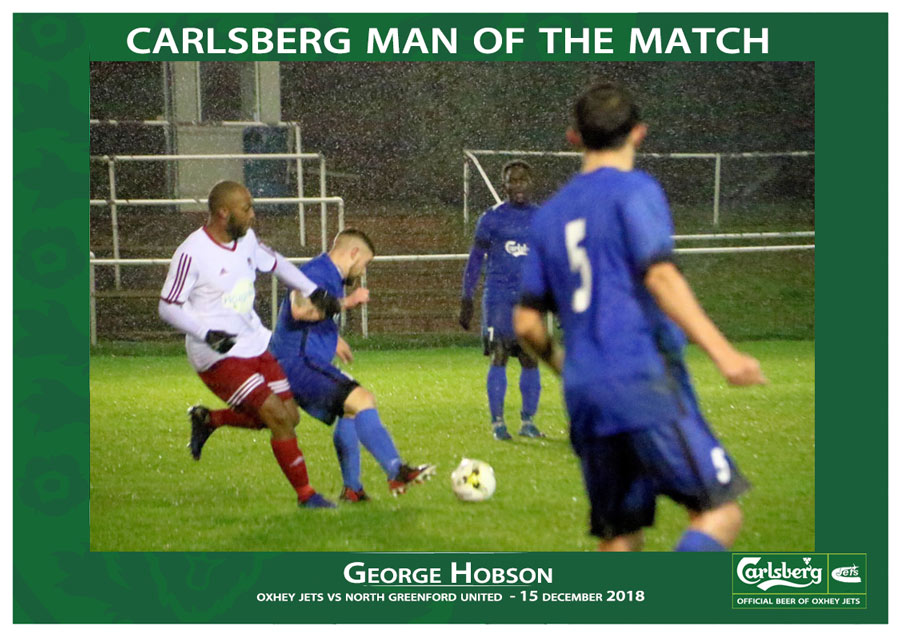 High praise for all the players today in the Arctic, monsoon conditions and fair play to the three officials as well who were sensible in the circumstances.

Two Jets players had the shakes afterwards, one even after a hot shower which shows how close the conditions were too unhealthy dangerous — a great effort from everyone out there in it.

Jets reserves stretched their unbeaten run to 19 with a 0-4 win at Hatfield United. Jets lead the table on 37 points three in front of nearest rivals Bush Hill Rangers (1st) who have three games in hand so still a lot to do, but you can only win and hope, and the lads have done fantastic so far.

Also congratulations to coach Steve Booth who was voted Wealdstone manager of the year 2018 at the clubs award night on Friday. 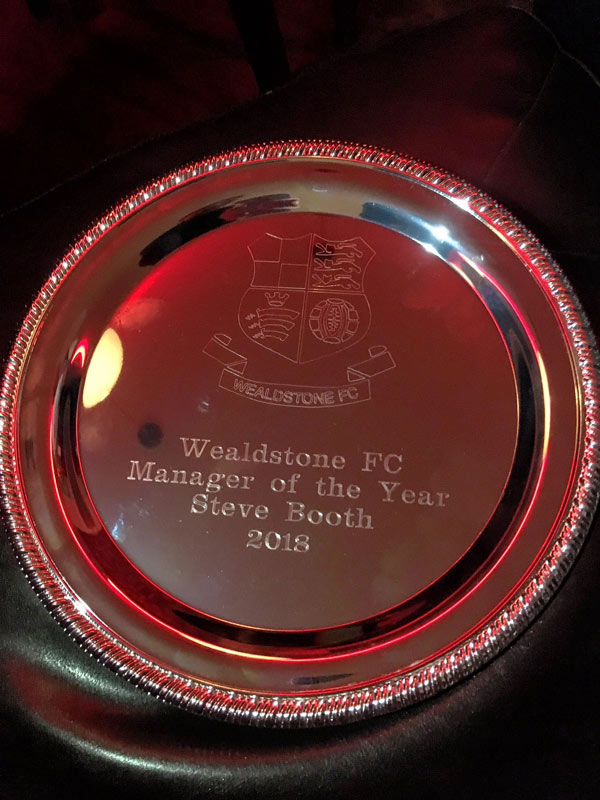