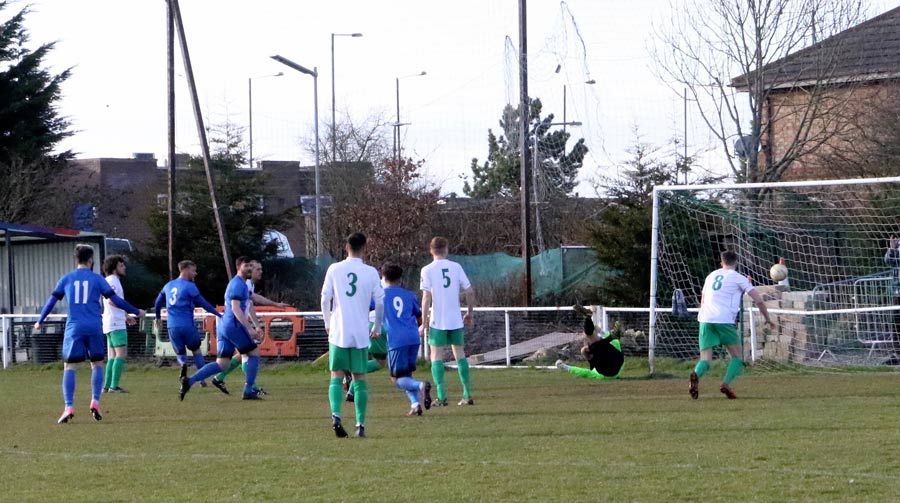 Green’s experience too much for Jets

A thrilling drawn first half of end to end stuff, big misses, good saves, weird decisions and blunders from both sides was to fade and die out in a more one-sided second half that saw Leverstock Green deservedly pull clear of Jets as their fitness and experience told at the Boundary stadium.

After last weeks outstanding effort against the league leaders we were, quite frankly, hoping for better things but again manager Lee Stedman’s plans were ripped apart by withdrawals and changes forcing the whole defence to change and debuts and movements that just don’t help at critical times.

The first half was, for the neutrals, excellent ooh, argh fun that had both managers heads in their hands as the two sides attacked and attacked each other in a see-saw match.

Lewis Smith (No. 3) heads Jets into an early lead

Jets scored on their first attack, Curtis Donaldson curling a perfect free kick in for Lewis Smith to head home at the back post (5 mins). 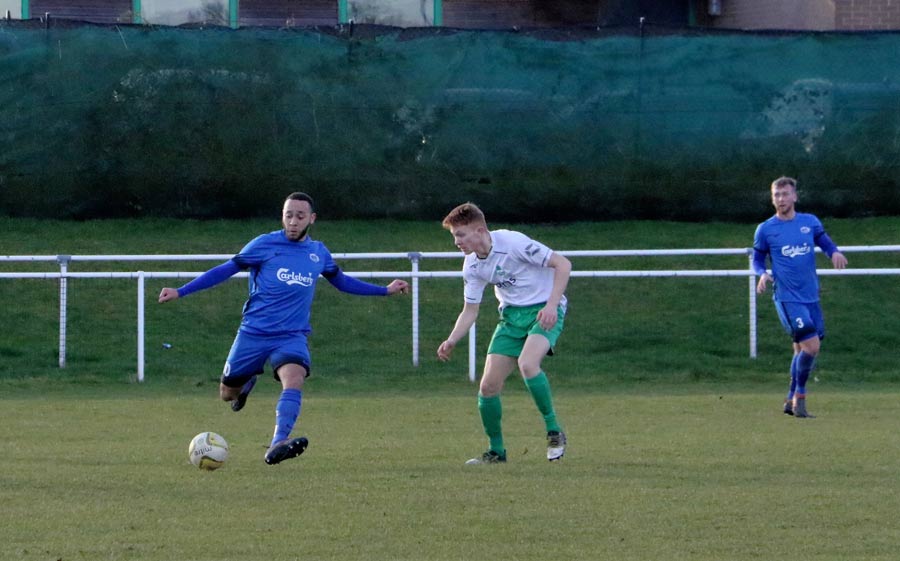 Leverstock countered powerfully and missed four sitters, while at the other end Chris Blunden hit a long shot that beat the keeper and rolled along the goal line, Jets players stood static watching when the graft and follow up was required. 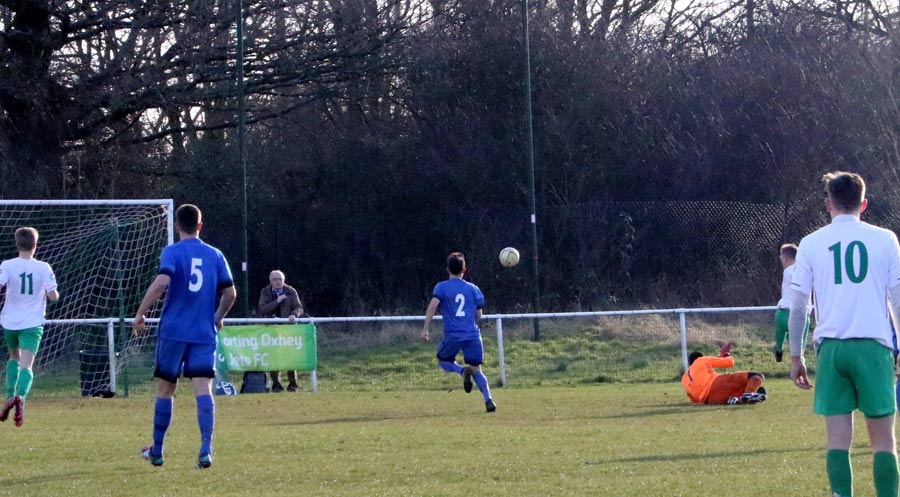 Leverstock pulled level when overplaying cost Jets on the right and the ball was instantly swung forward by Marsh for Nick Jackson to equalise (13 mins). 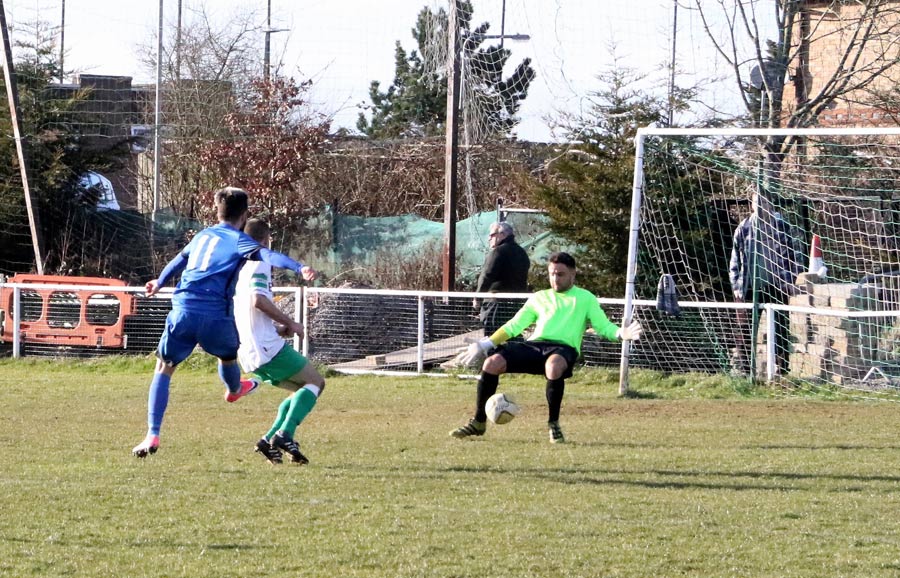 Jets almost had the lead again, but a superb save denied Patru minutes later. Both sides pushed, and Ryan Keeley made a good save to deny the visitors. Then possibly the save of the match denied Jets as a deflection to Curtis Donaldson shot looked goal bound in this end to end encounter. 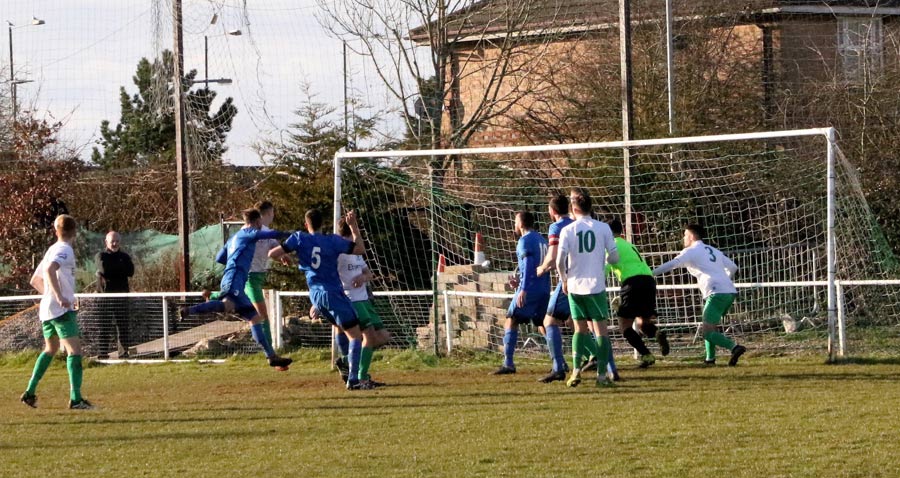 Lewis Smith almost gets a second

Lewis Smith, who was having a solid game in defence, headed inches wide with the keeper grounded from a corner. The final save of the half saw the sides go in level 1-1 when the Green keeper denied Jets a big clear-cut chance when Seymour’s pace saw him clear on the keeper but he shot straight at the keeper’s legs and the opportunity was gone. 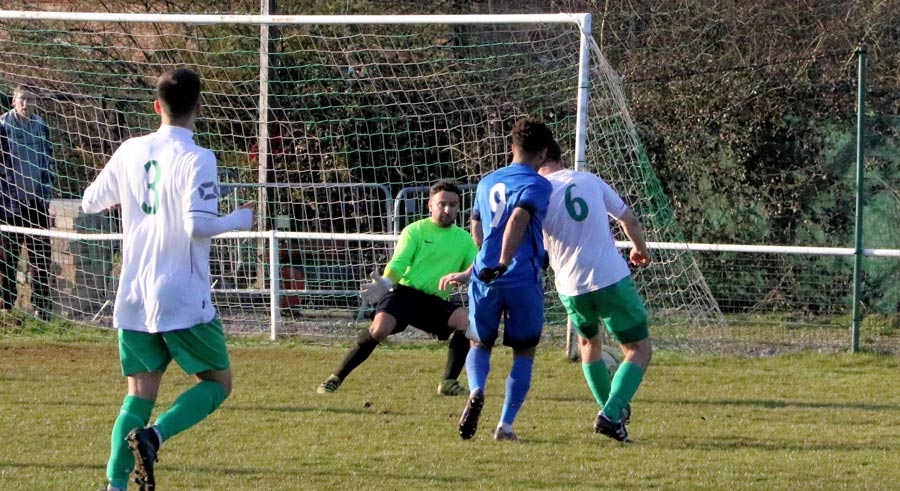 Jets made changes in the line-up, not the personnel, to try to counter the slips that were presenting so many chances to the visitors. Some players were honest enough to hold hands up to having a mare, always refreshing to hear honesty not finger pointing at others.

Unfortunately for Jets they were breached early when Jackson got a header similar to Smiths at the back post 1-2 (48 mins).

In honesty, Jets faded as experience and fitness told and Leverstock got on top and stayed there, and two further goals saw them comfortably home for the points.

Jets used all the bench but finished with ten as one sub’s debut ended after just four minutes with a torn Hami, a pointer to warm up I guess !!

Jets are hot and cold at the moment, and their premier status could depend on the players showing the desired availability and commitment needed at this level and allow the staff to play their favoured side and not experimental moves when the stakes are becoming high. 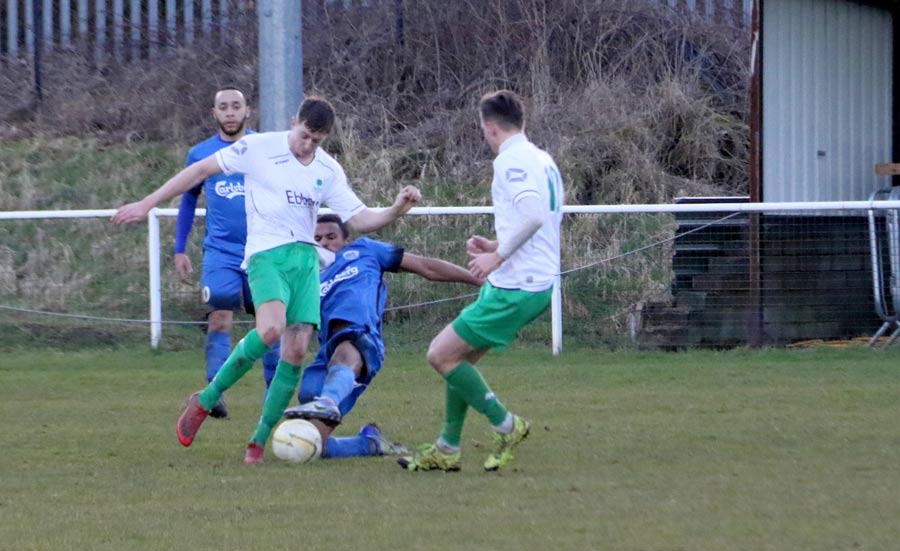 Curtis Donaldson tried and gave everything against his old club

Jets man of the match was between three. Curtis Donaldson, who worked and chased against his old club but almost tried too hard and affected himself as others folded. Keeper Ryan Keeley had his hands full all afternoon as Jets defence creaked with all the changes from last week. The decision went to Lewis Smith, who scored, almost scored another and won many vital tackles as Jets tried to stop their high flying visitors. Leverstock are realistically just outside the promotion hopes but must be building for a hopeful next campaign with confidence. 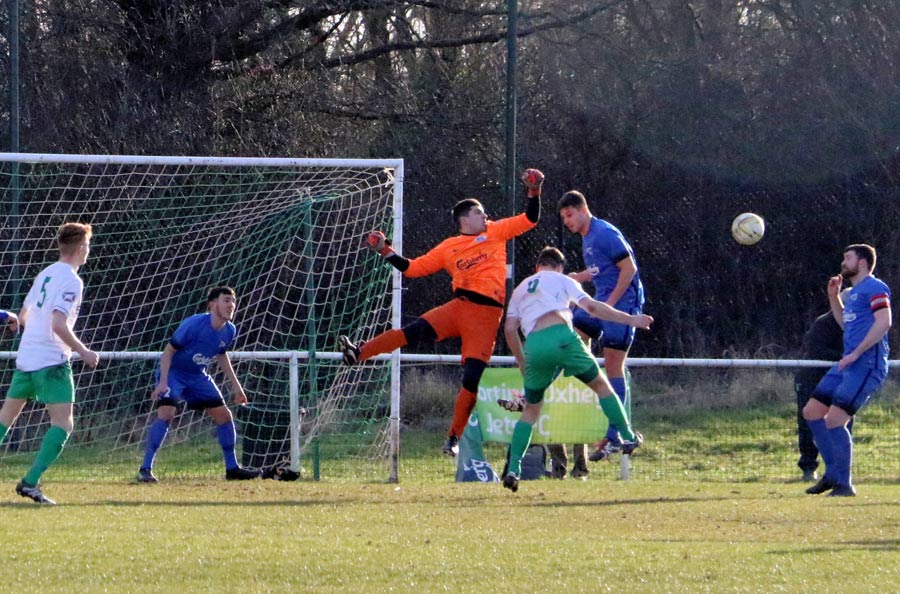 Jets Vets had a tremendous 8-2 win against Chipperfield Reserves. Pagey added four more goals to his legendary Jets total, and there were also goals from Ayresy, Sheppy (2) and Bobby. 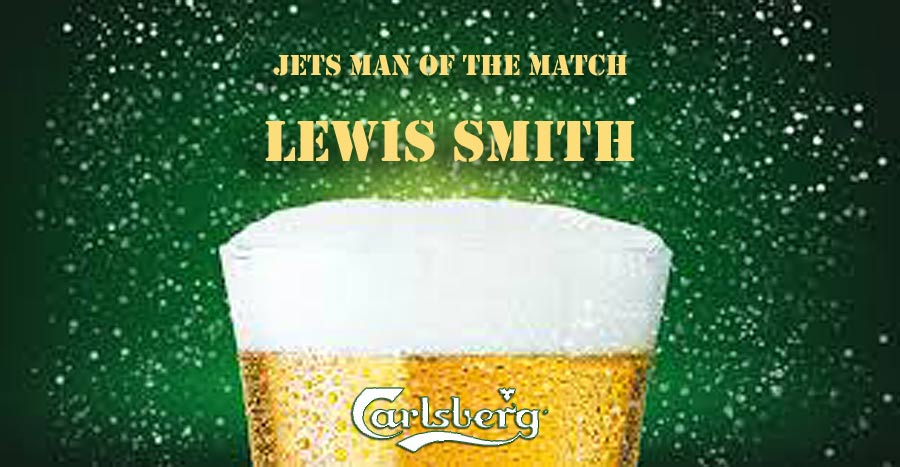