Enormous three points make no mistake about that for Jets in this massive relegation match. With many sides in the dogfight at the bottom, Jets needed to get something from this crucial game against fellow strugglers Crawley Green.

It was also a chance for Jets to get a double as they won the reverse fixture in the opening game of the season.

Curtis Donaldson gives Jets the lead with a powerful header

Jets made changes and gave a debut start to new signing Curtis Donaldson who transferred in from Leverstock Green on Friday. He rewarded Jets immediately with a superb header after just 11 minutes finishing in the far side of the net 1-0. 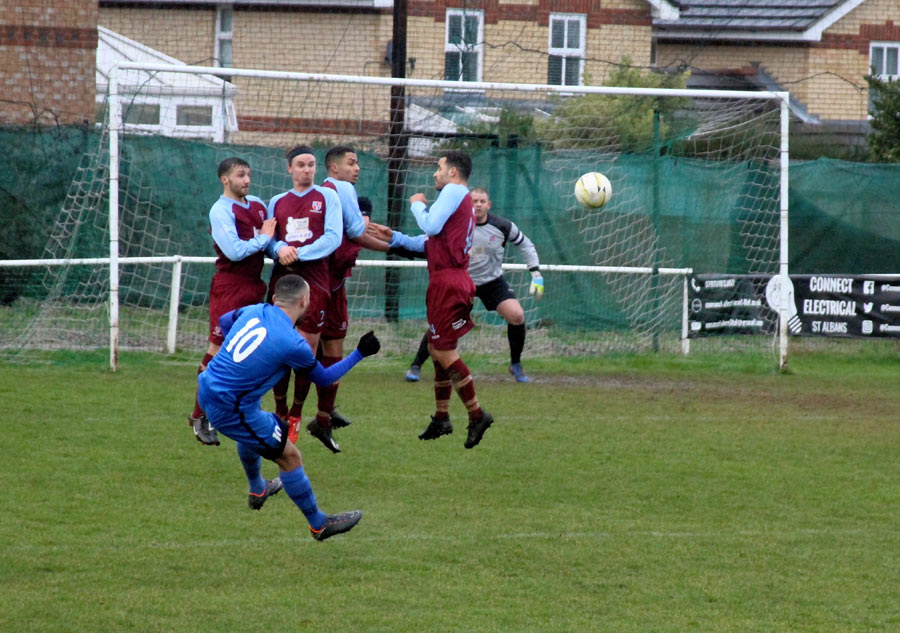 Jets were up at the moment as the rain came down and ten minutes later Chris Blunden curled a 25-yard great free kick in for 2-0 ( 21 mins). 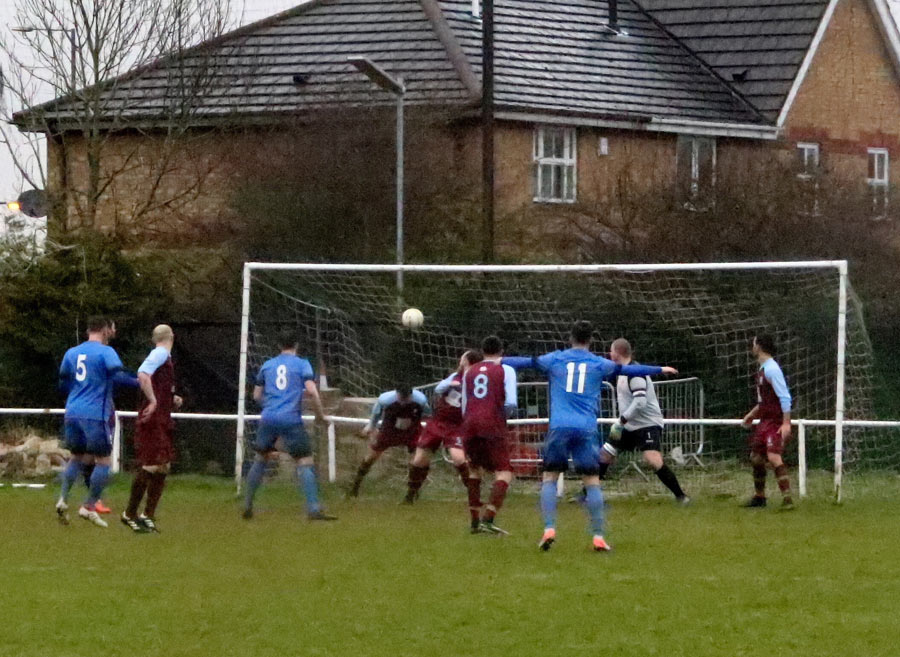 Jets were dominating and playing some good stuff and added the third after a double save and goalmouth scramble with Patru blasting high in the net 3-0 (29 mins). 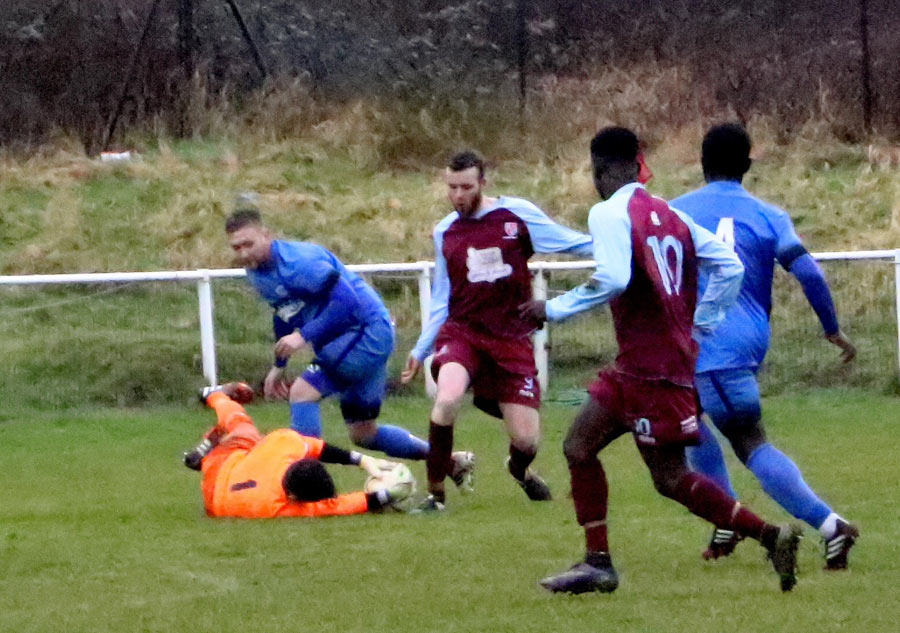 Some great saves from Rob Partington 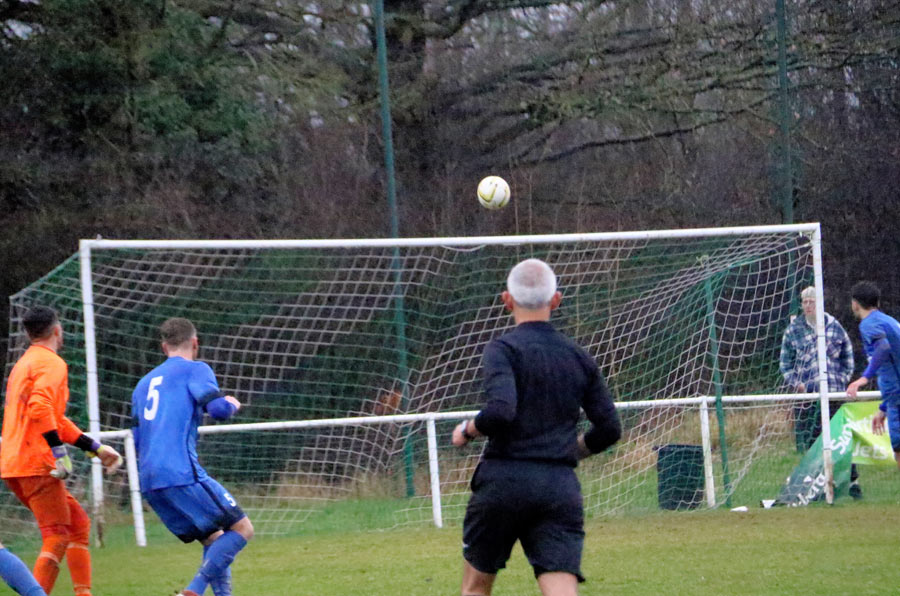 Crawley pull one back with a superb curler.

Jets then had three or four more good chances but either missed or were denied by some excellent goalkeeping. The visitors then pulled one back and what a great goal it was. Jets keeper Rob Partington tried in vain to block out, and a class curler round him and a defender was in all the way 3-1 (38 mins).

Jets wobbled now and were more than pleased to hear the whistle for HT under pressure.

The second half was all Crawley as Jets started to panic and lost their composure on the ball. Donaldson and Blunden worked hard and chased and chased but now it was the defenders doing the work and how well they did, and when beaten Partington was on his toes ready. 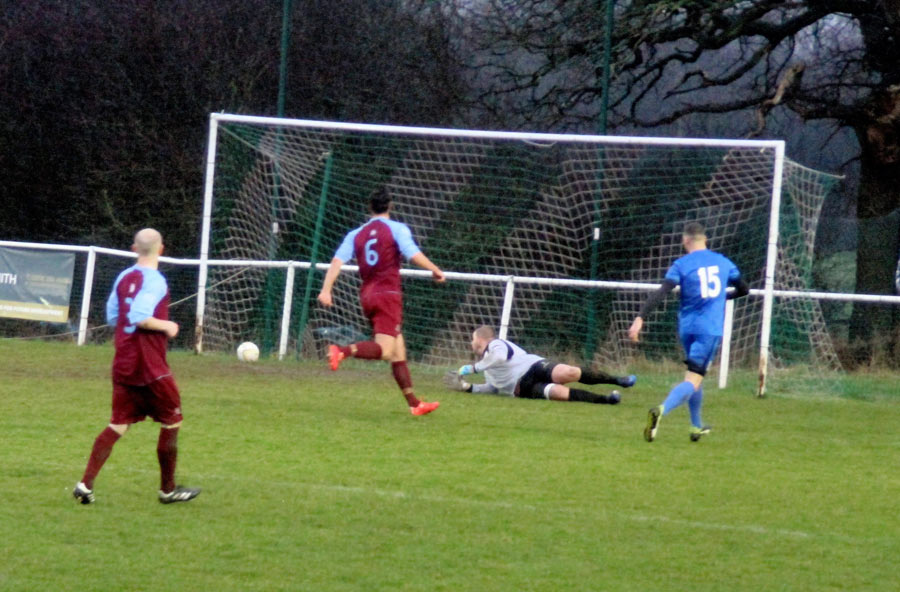 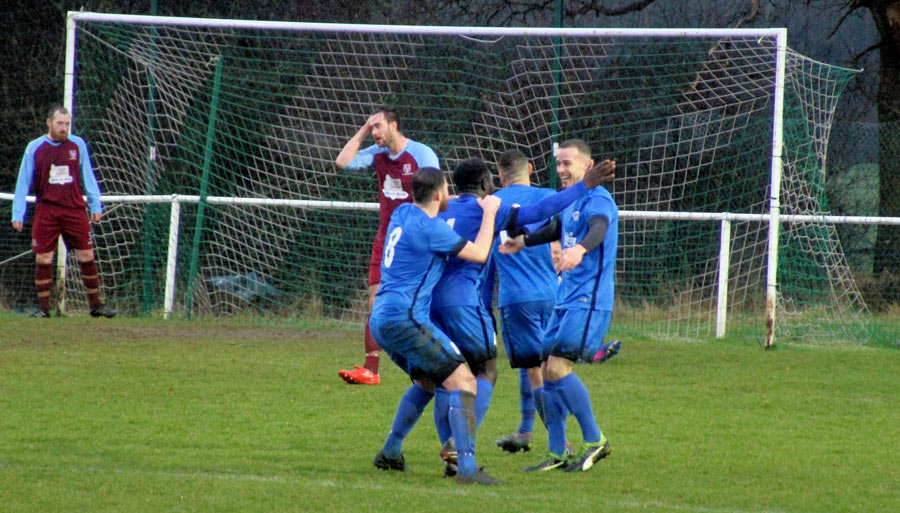 A mistake all but killed the visitors when Degi intercepted and laid a perfect ball on for Johobi Maher to calmly score 4-1 (73 mins). 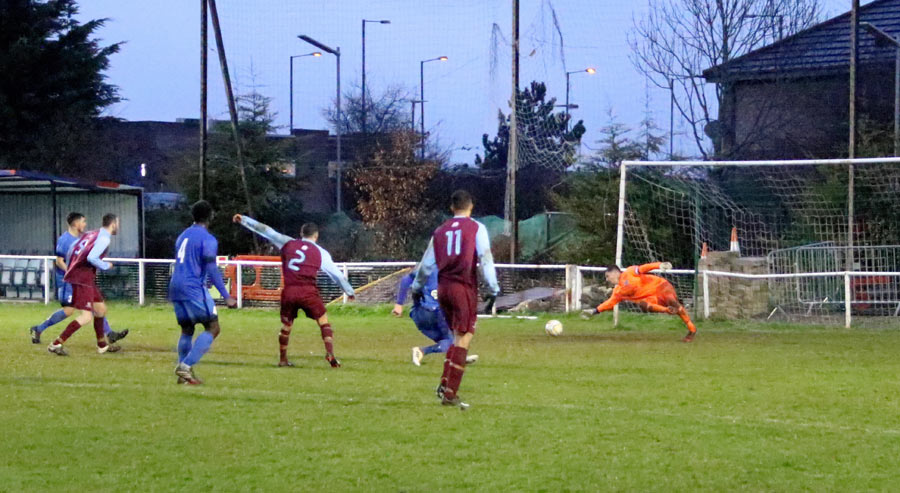 A late one back for Crawley 4-2

Crawley Green did not give up though, and they threw all at Jets. Partington made a superb 1:1 save before, on 90 minutes, Green pulled one back. 4-2 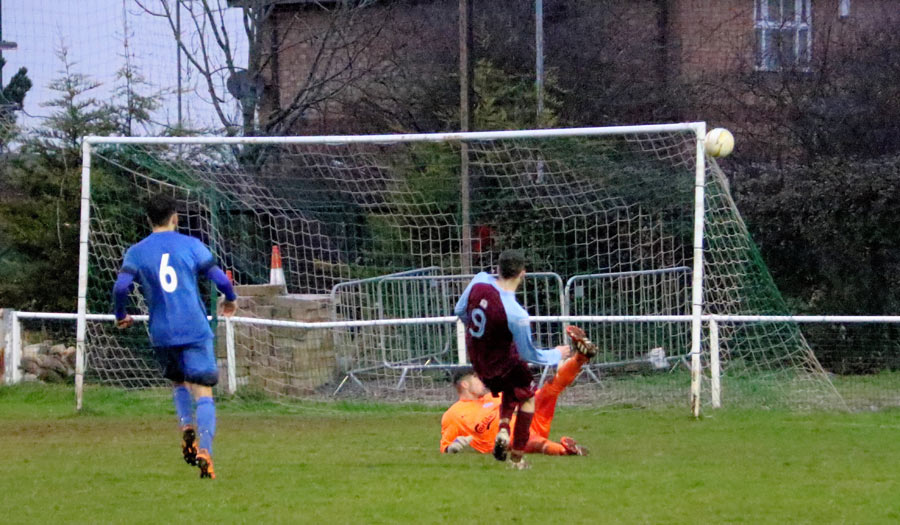 It was a scare and Jets did panic a bit in the stoppage time, but it was out of reach and Jets gained three important points to edge five points in front of Crawley in the table, but a long way to go. 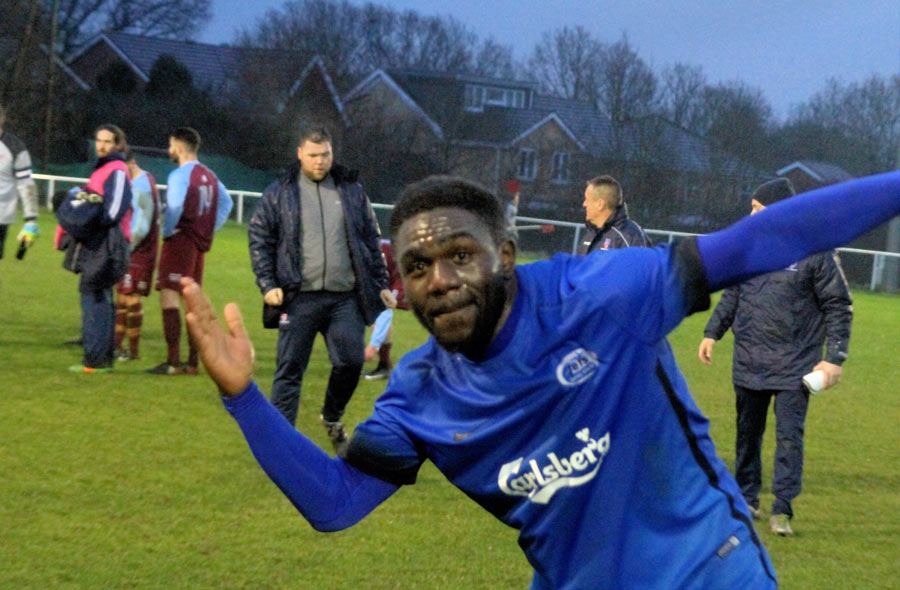 Degi Ikusemori is Jets Man of the Match 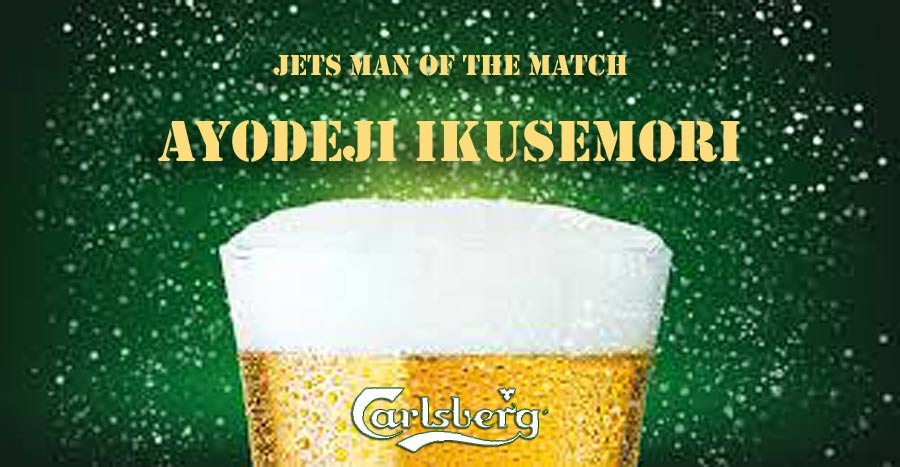 Man of the match was highly contested. The hard-working debut from Curtis Donaldson; Degi Ikusemori who was competitive in the middle all day; and Jude Bell and Lewis Smith both earned a vote. So, on a split vote, it went to the one with most mentions, Degi who won his sponsor’s bottle of the good stuff. 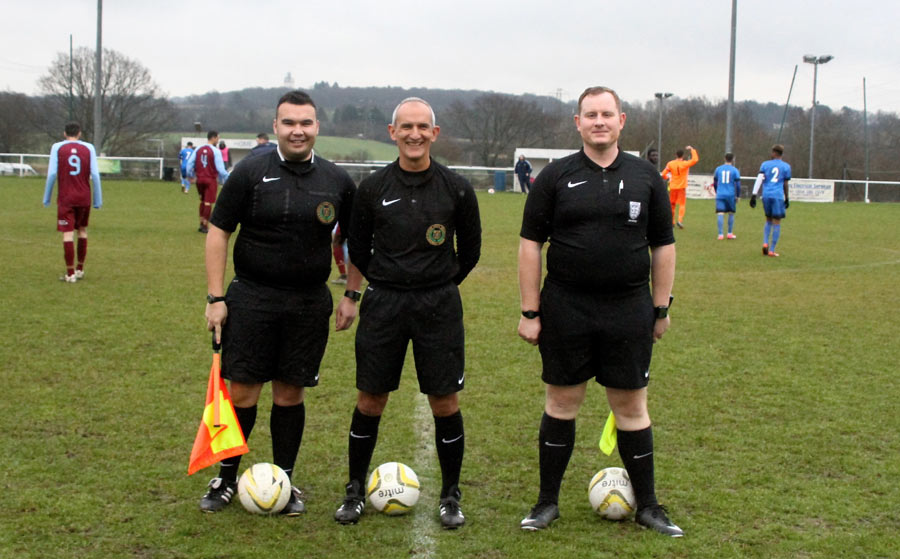 A well-refereed match played in great spirit by two sides desperate for points.