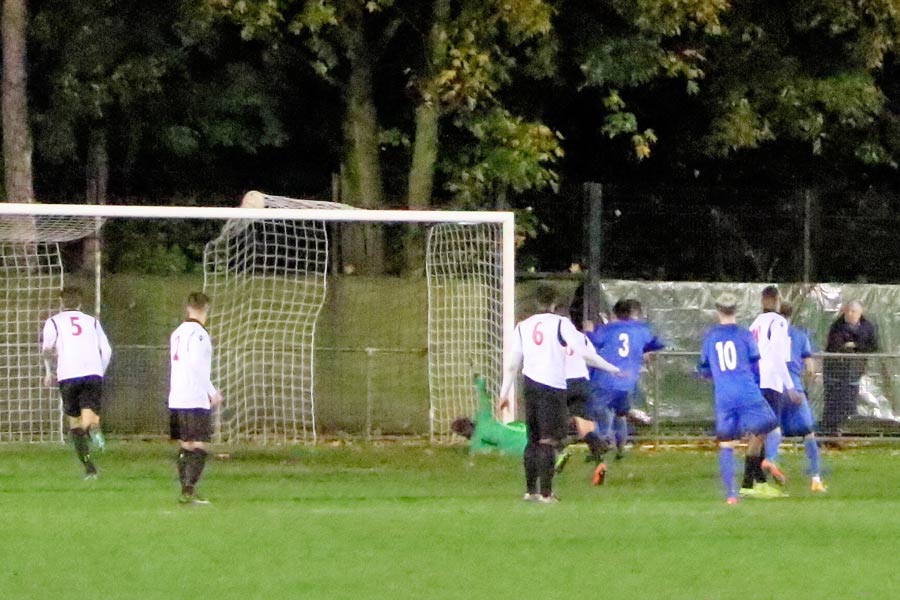 Jets earned a super point in the 2-2 away draw with much fancied Hoddesdon town at Lowfields, twice coming from behind and the second time deep into stoppage time in a never say die throw of the dice. Jets, at last, have a squad that’s starting to settle and the ‘nearly’ side competed today and this time turned a near loss into a point. 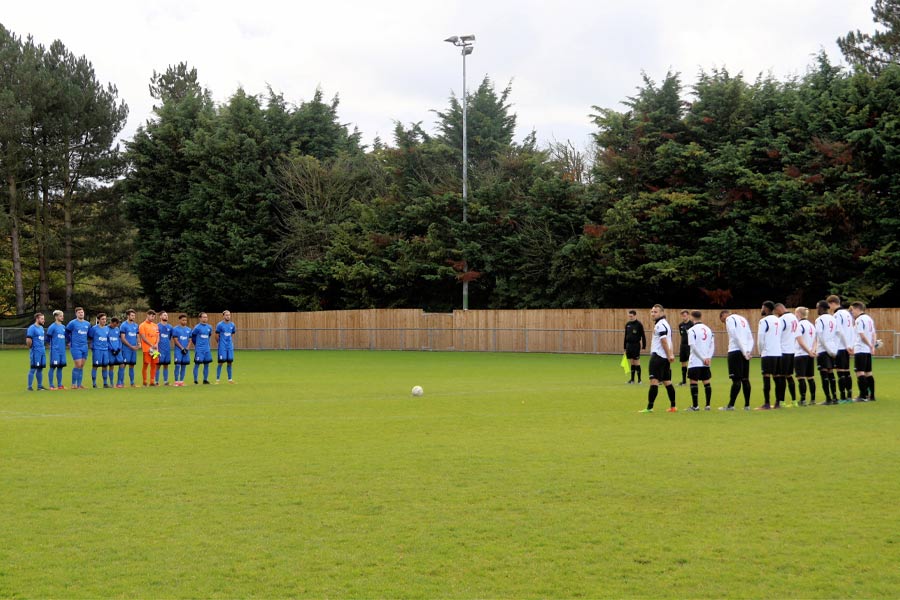 Hoddesdon and Jets paid their respects before the match for the remembrance weekend as Jets, of course, remembered their fallen Tom Lake. Our thanks to Hoddesdon Boss Paul Halsey for his donation to Tom’s memory/the poppy collection tin, proving again how together the grassroots football family can be in tragedy and in emotional times.

The game was competitive, end to end and controversial. A good match for spectators, both had their moments, and both their moans and misses. There were too many bookings for the type of game it was from the overactive official that hid behind his book trying to disguise his performance. Luckily we get to enter marks as an expression of our opinions. 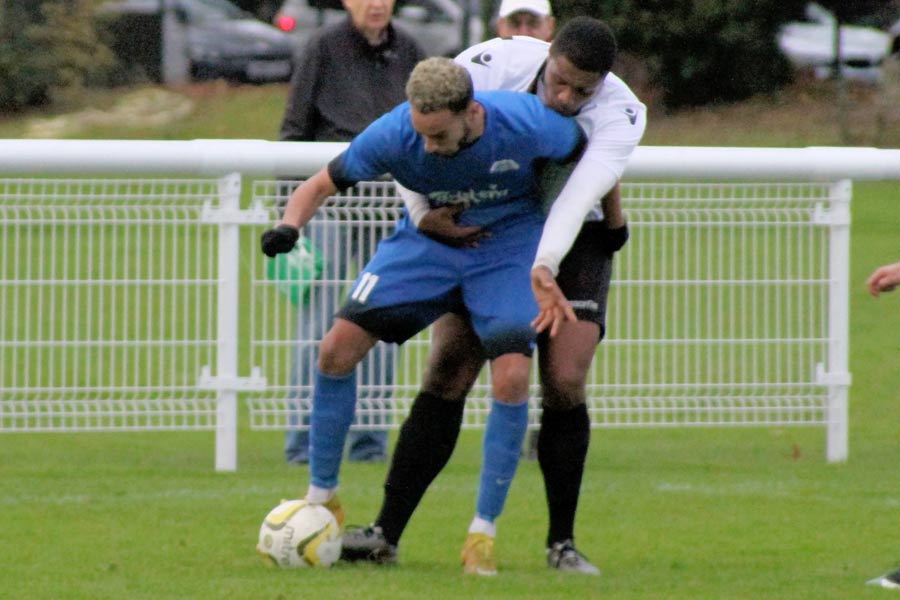 Jets gave a match debut to winger Lloyd Lindo in place of Sim Armstrong and, rarely, the rest was unchanged from the win at Tring on Tuesday except for Conor Ferguson who broke his wrist in that game. 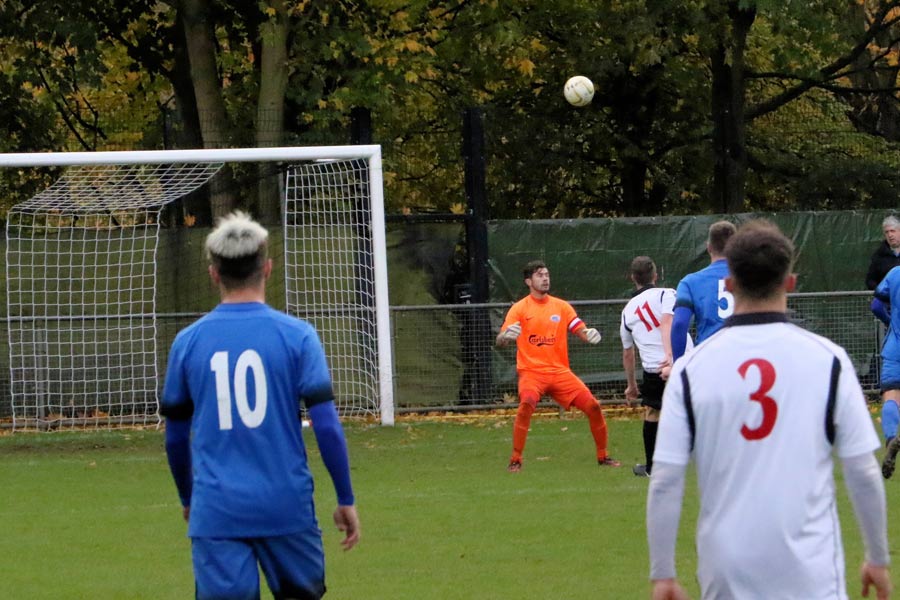 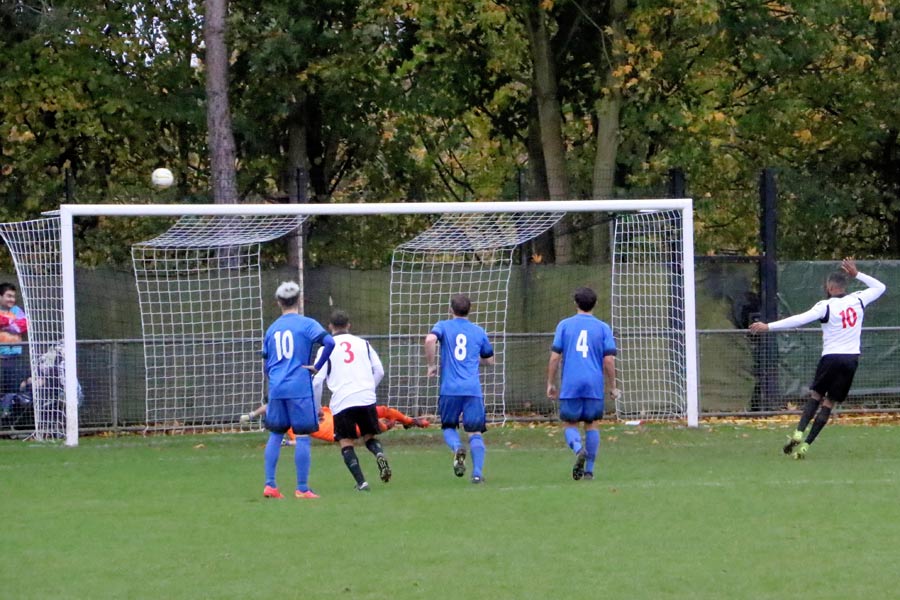 Hoddesdon miss from the spot 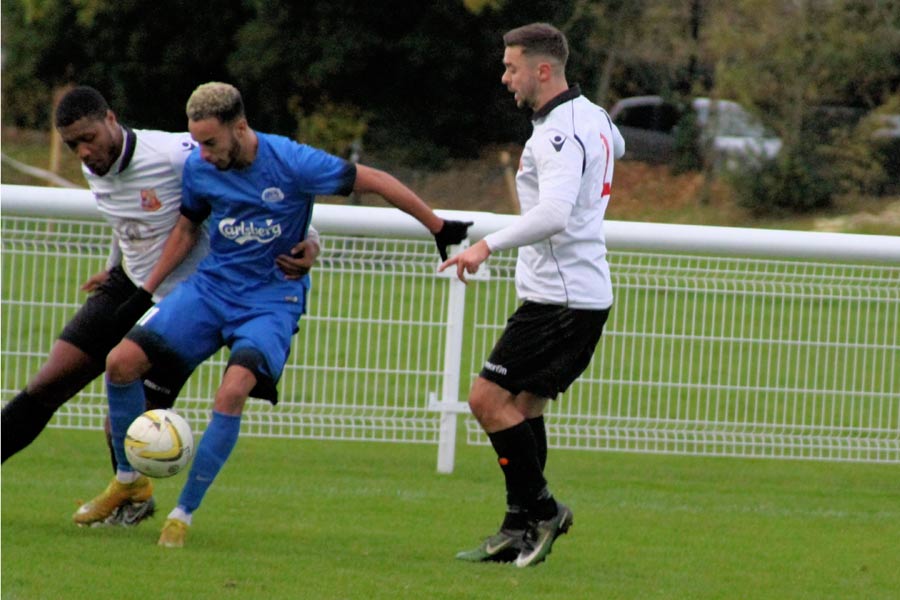 Lindo tugged down for the Jets penalty 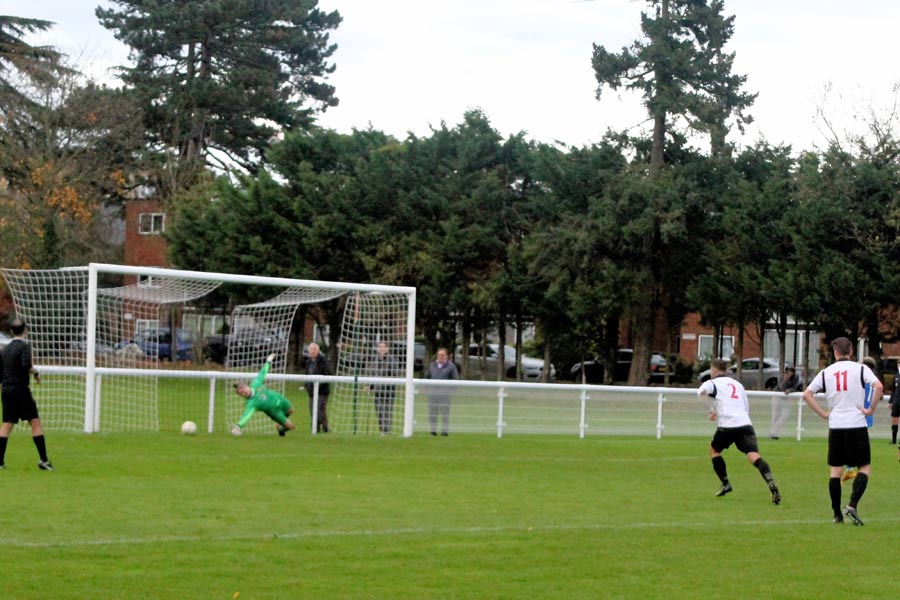 Lindo scores from the spot 1-1

Let’s face it no side ever agrees with a penalty against them, and the fouled team say bolt-on, so at least on this one, the referee’s tolerance was the same both ways so really neither can complain.

Hodd keeper may have saved outside his area

Hoddesdon may have had a bit of luck when their keeper appeared to deny Lindo just outside the penalty area, but the referee waved it on.

Jets faded somewhat in the middle in the second half, and individualism took over team play for a while. Jets were being caught in possession, a significant part of Jets moves breaking down. 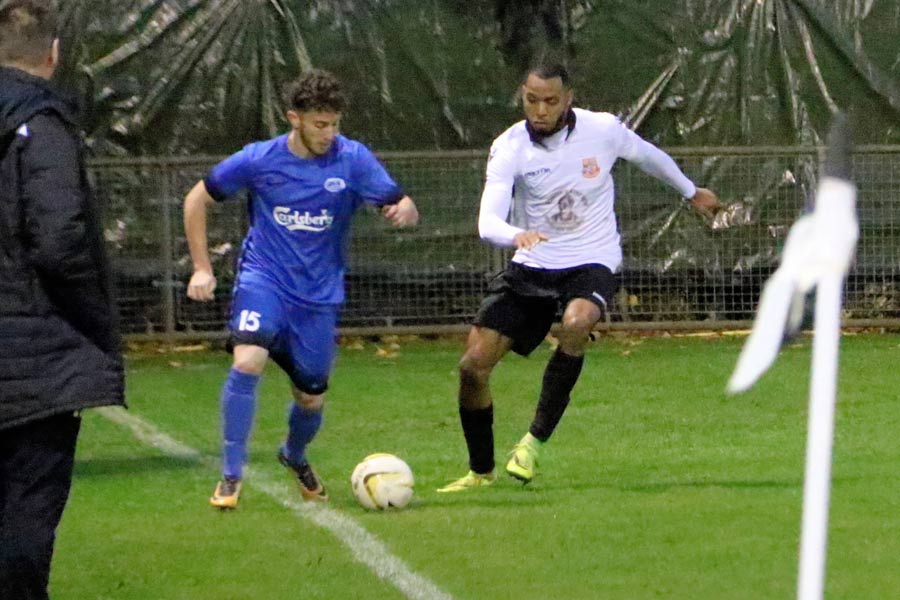 Jets had a strong bench and shuffled the pack. Talented youngsters Issac Ebelebe and Matteo Esposito replaced Luke Lloyd and Eli Seymour and moved things around trying to fire Jets back up to first-half levels. 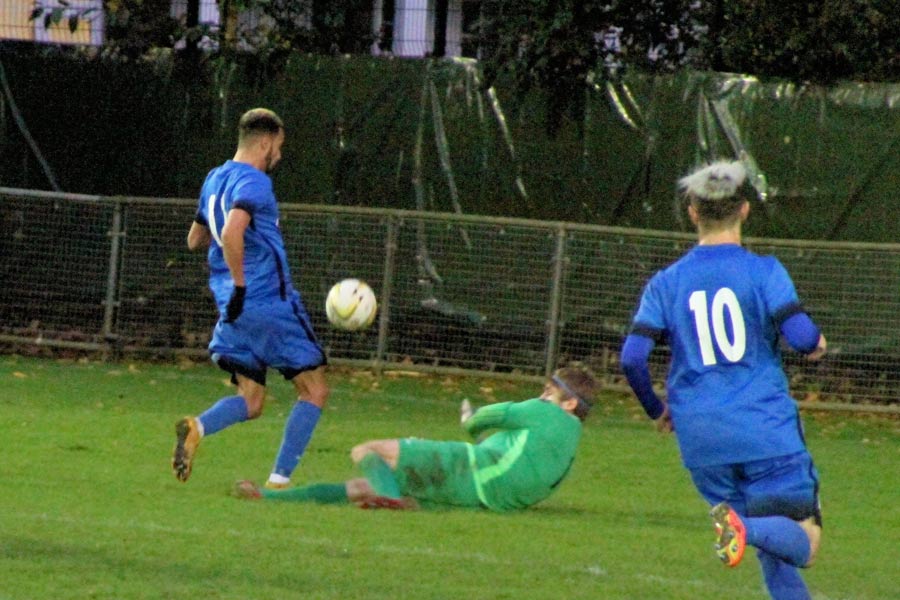 Jets had a super chance when Lindo went 1:1 on the keeper but a good save at his feet denied. Although Jets regained their composure, the home side was getting the edge, and some strange decisions by many people on and off-ball were throwing the game around a bit. 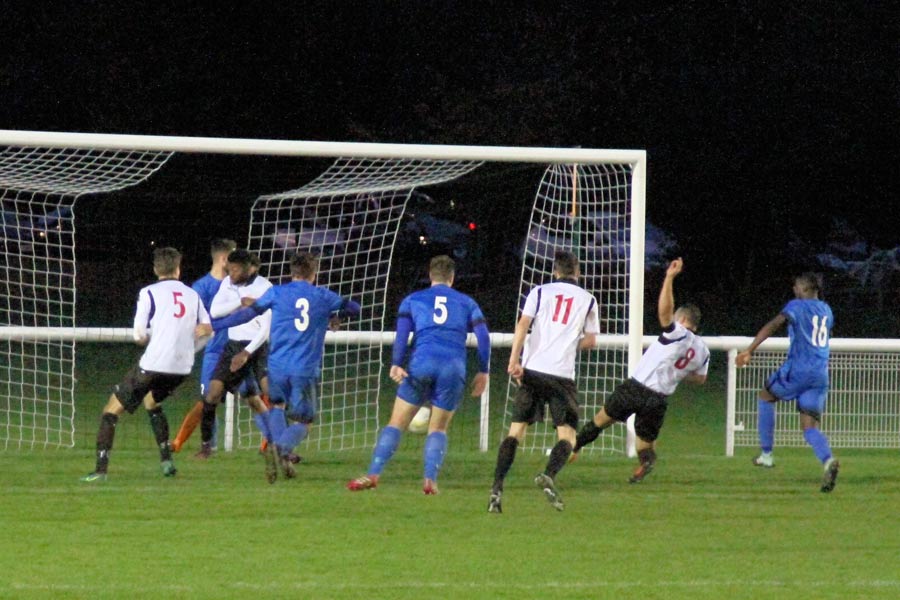 Hoddesdon take the lead late in the game 2-1

Hodd looked to have won the game from a corner when poor defending at the near post allowed the ball to be scrambled over the line 2-1 (87 mins).

Jets responded superbly pushing forward in a never say die approach in the final minutes. Two free kicks, however, were no more than catching practice for the Hodd keeper. 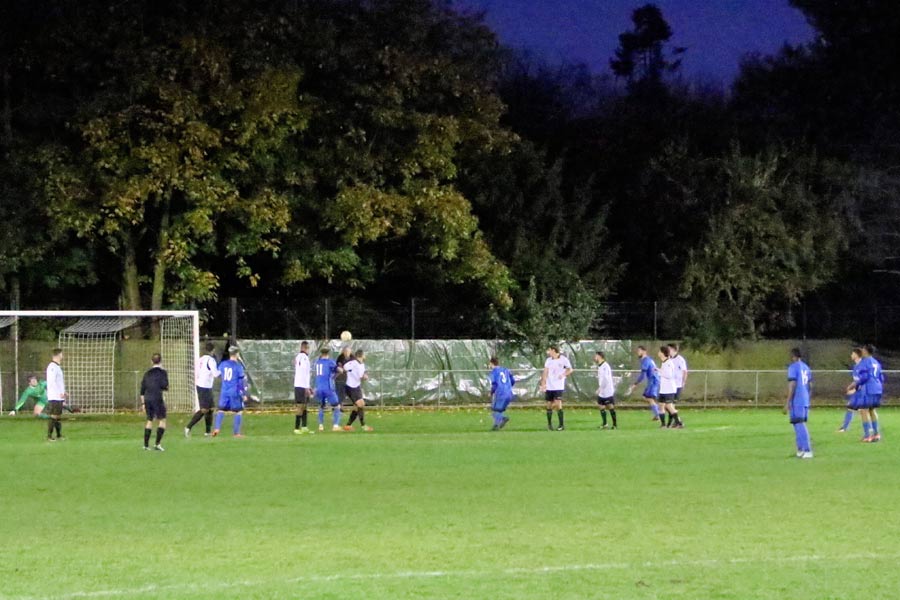 Then the telling free-kick was awarded on the edge of the box. Matteo curled an up and over that went across goal and Dan Taylor, who was lucky to still be on the pitch as he was close to being substituted after a dissent booking, peeled clear right to hammer a thunderous shot high into the top of the net for 2-2 and a terrific away point. 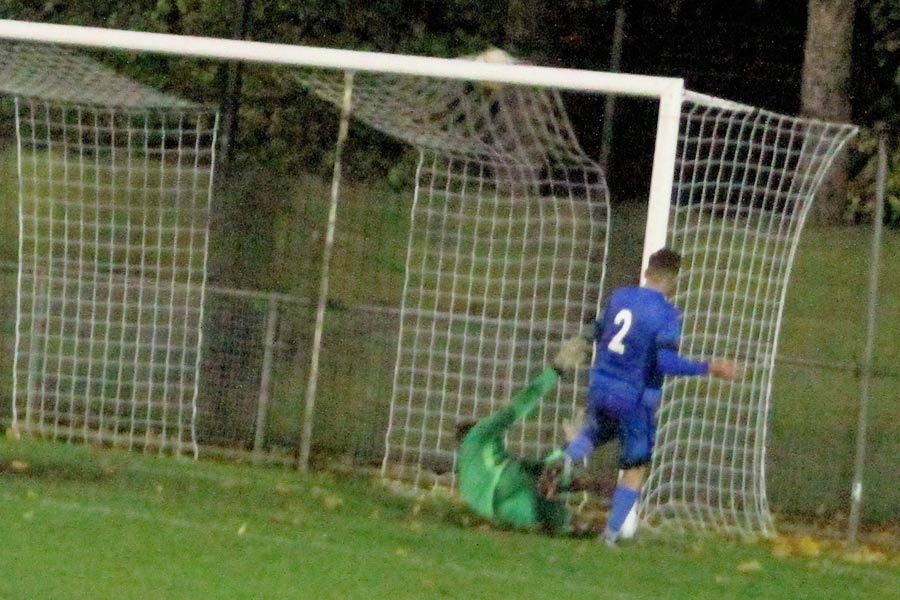 Jets worked hard and deserved a point. It was a squad game and hard work against a good Hoddesdon team that’s strong and active. 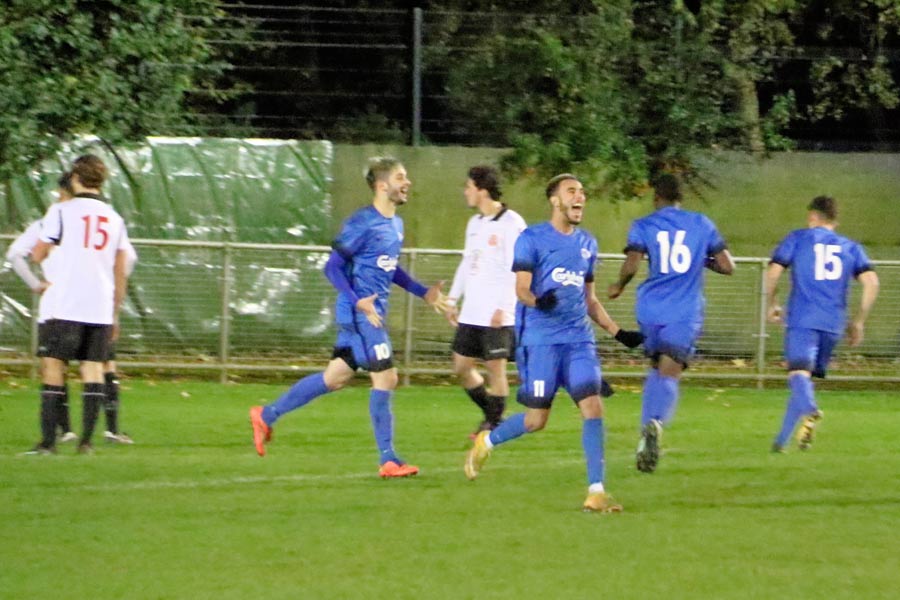 Man of the match was shared after consulting three people, all giving the same two names. Jude Bell and Tom Gibson, both for the same reasons. Their outstanding work rate and, when Jets had a little wobble, they more than most battled to keep Jets in the game. 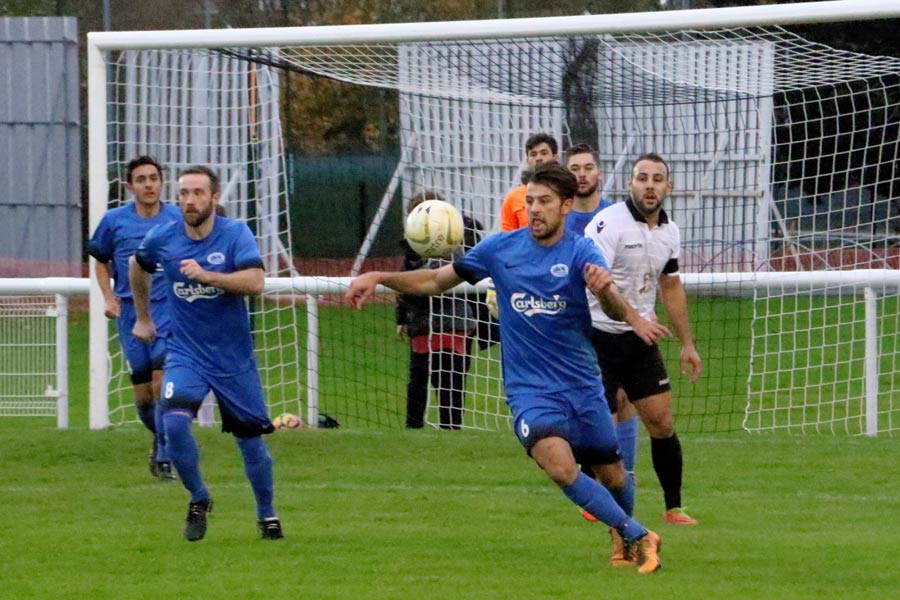 Tom Gibson so important to Jets with his stunning workrate

Next game for Jets is the emotional match v HM the Princess of Wales Royal 1st battalion Regiment at Jets next Saturday. Both sides will pay their respects to Tom Lake who served both and, of course, all proceeds go to the British Legion poppy tin on 11/11 Remembrance Day.

Another strong performance from Patru 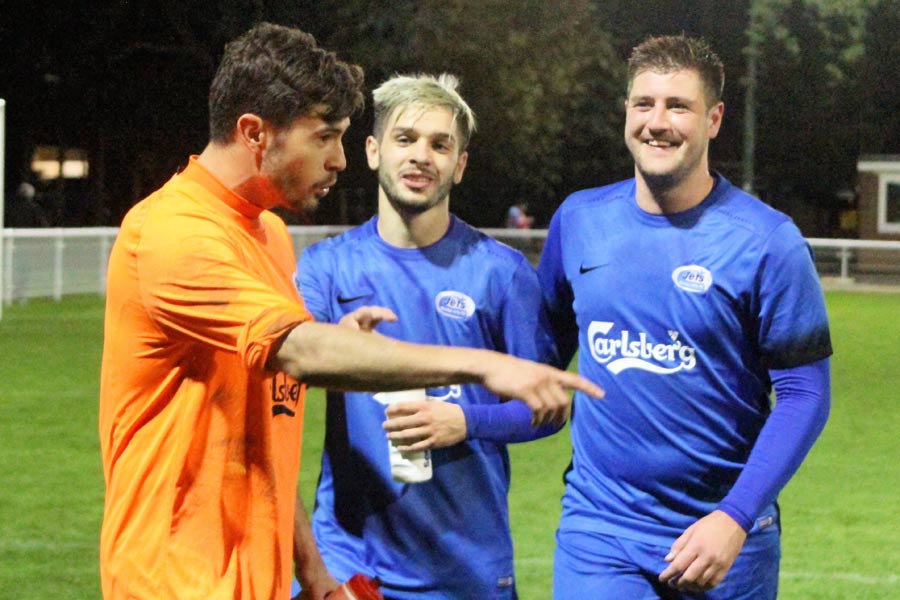 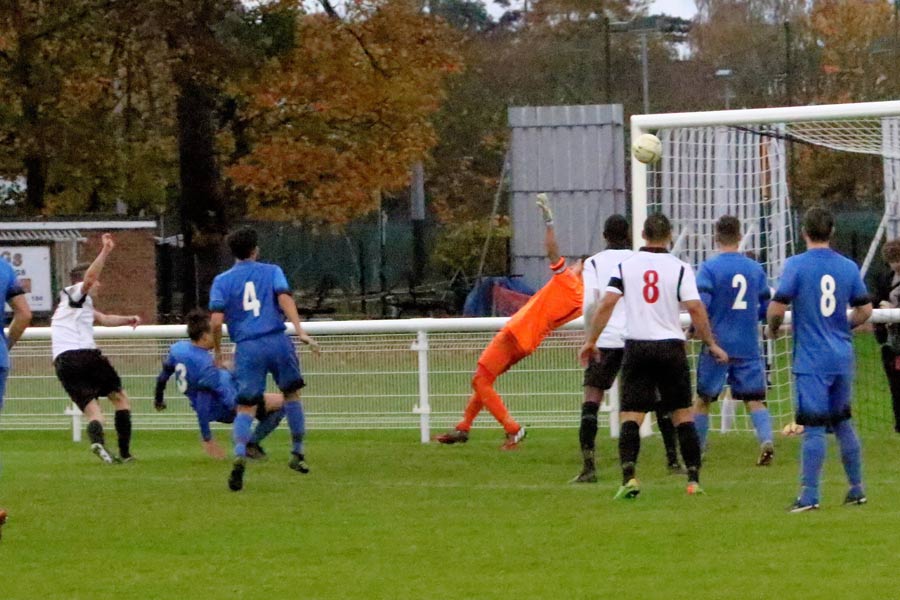 Fine save from Rob Partington 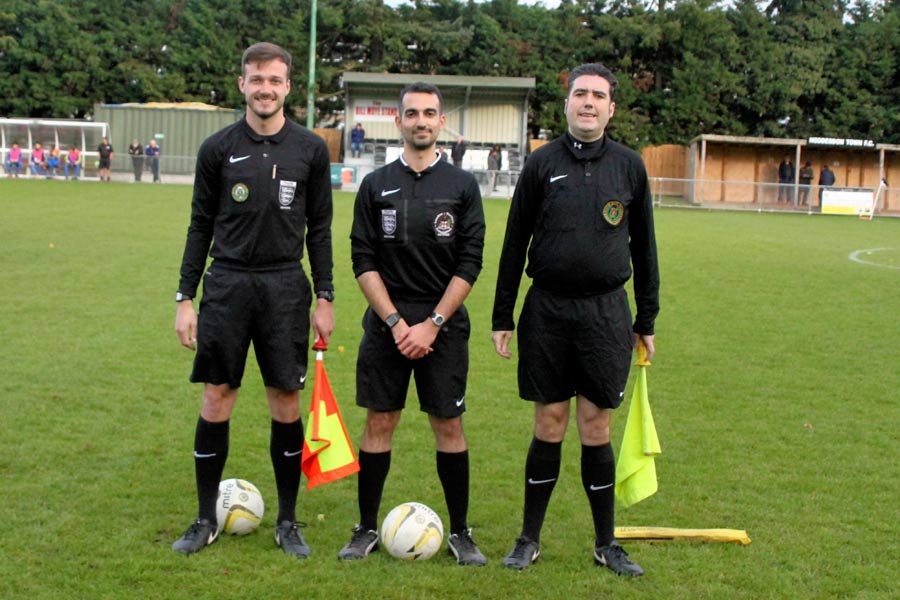