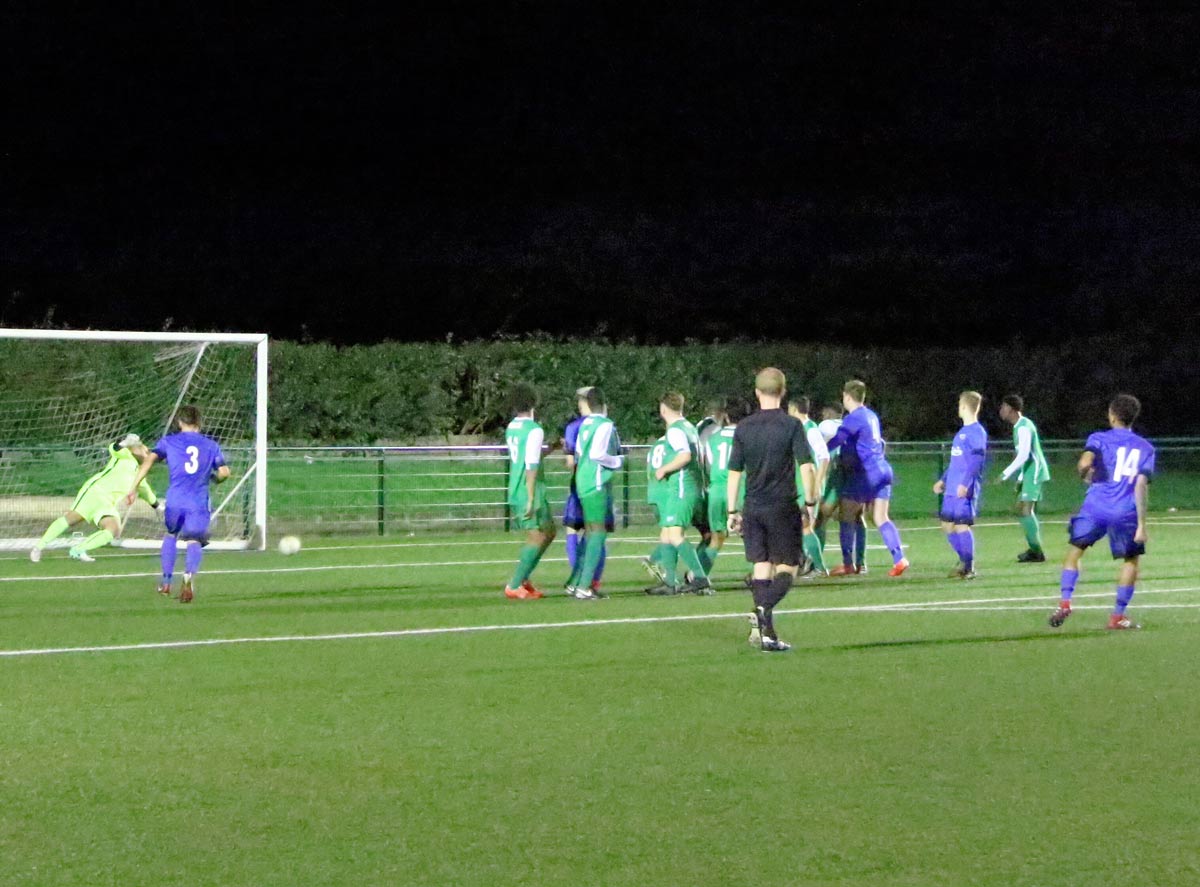 Jets battled out a hard-earned away point on the artificial surface against an Edgware side who had taken all three points from Jets earlier in the season with a stinging second-half comeback.

Disappointingly, Jets had to make many changes from the Vase side at the weekend. Top scorer Nick Kerley, his strike partner Ned Clarke, Sim Armstrong and pitch Skipper Jude Bell were all out due to injury. Matt Goodman, free-scoring for Jets Reserves, got his first start up top. Lewis Davis who signed from Leverstock in time for the match made his Jets debut from the bench. 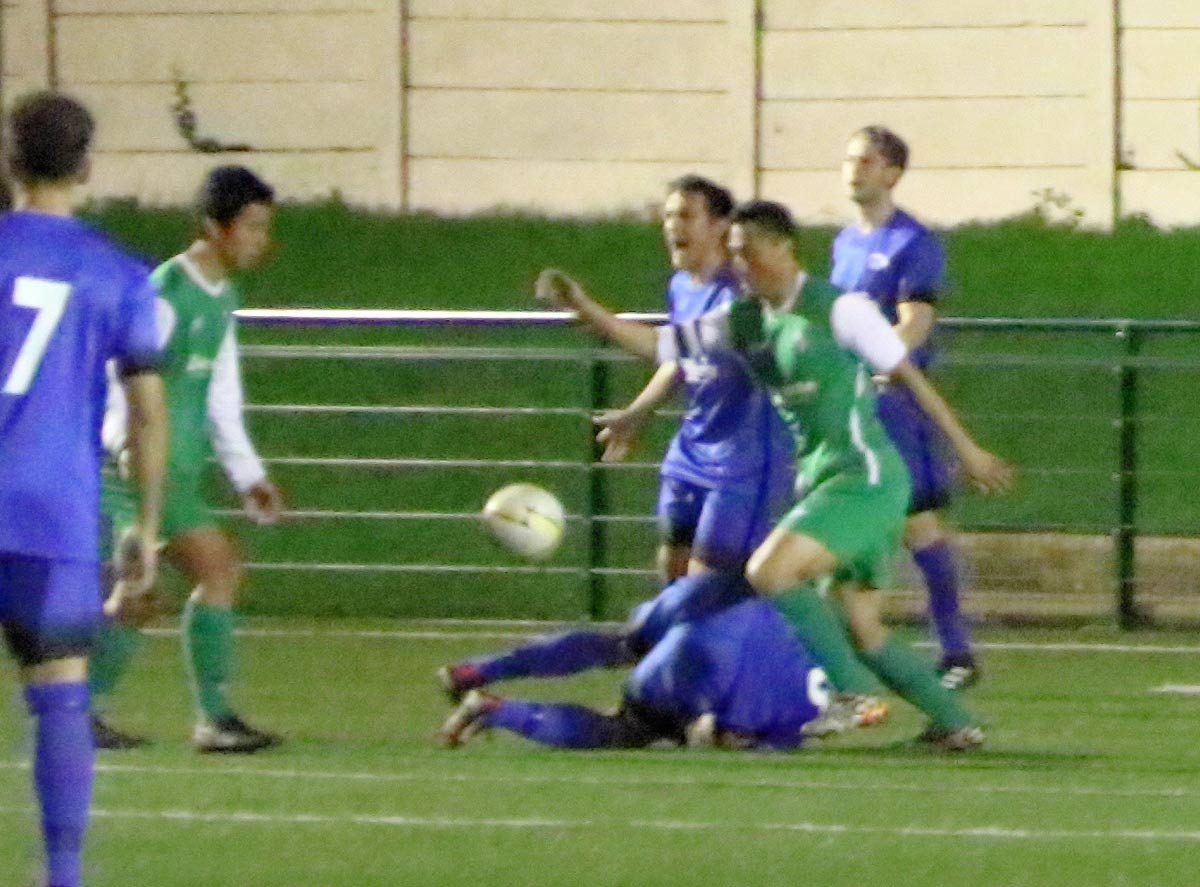 Patru is taken down for the penalty

Jets opened the scoring after 15 minutes, having had the early territorial advantage. Patru was brought down for a clear penalty that Matt Goodman converted for his first goal for the first team.

Matt Goodman fires home the penalty to put Jets one up

Jets main problem most of the game was their passing. It lacked the usual quality, and there was too much “overplay” with so many touches often going full circle and ending up going backwards not forward.

Edgware’s direct play and the 4G bounce seemed difficult for Jets to handle on a windy night. The Wares levelled when Liam James got into a mix with a nod back, and Mikkel James was on hand at a tight angle to net the equaliser.

Edgware then had a good spell, and only a top save by Rob Partington kept Jets tied up at the break 1-1.

Jets, now having the massive slope and wind in their favour, planned the second half but it all went out the door soon after kick-off. Another long ball by Wares and Partington hesitated, and Mikkel James was on hand to run the ball into the empty net (47 mins). 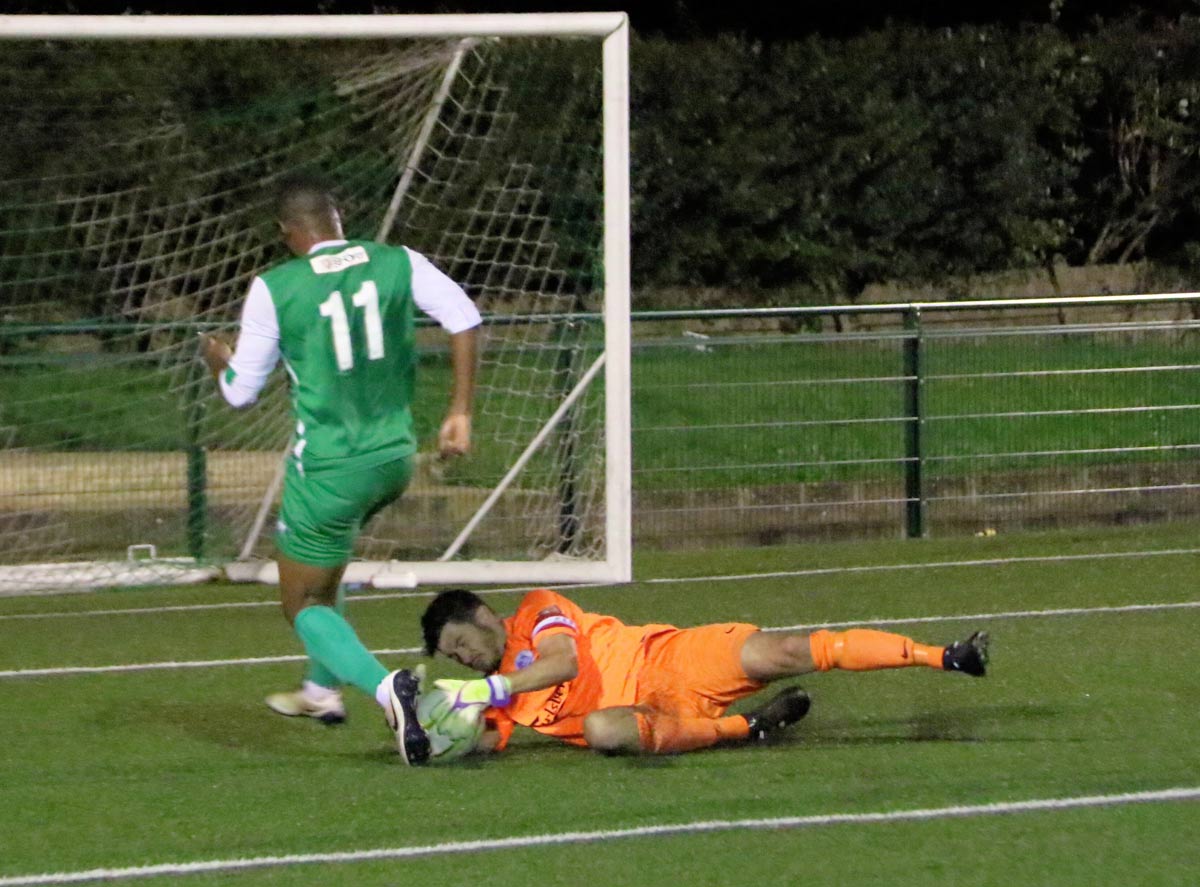 Jets reeled for a while, apparently unsettled with the surface and muscled out of it in the powerhouse positions. One man at this point was standing between game over, and a chance and that was skipper Rob Partington. Rob pulled Jets out of the mess created by poor defending at least five times as the Wares looked to finish off the match.

Lee Stedman brought on Harry Beaumont, and Lewis Davis (for his debut) and Jets game brightened, and they started to push on. Wares were conceding free-kicks as they found themselves under pressure. It was from one of these free-kicks that Lewis Davis superbly converted, a debut goal to tie the game up again at 2-2 (78 mins). 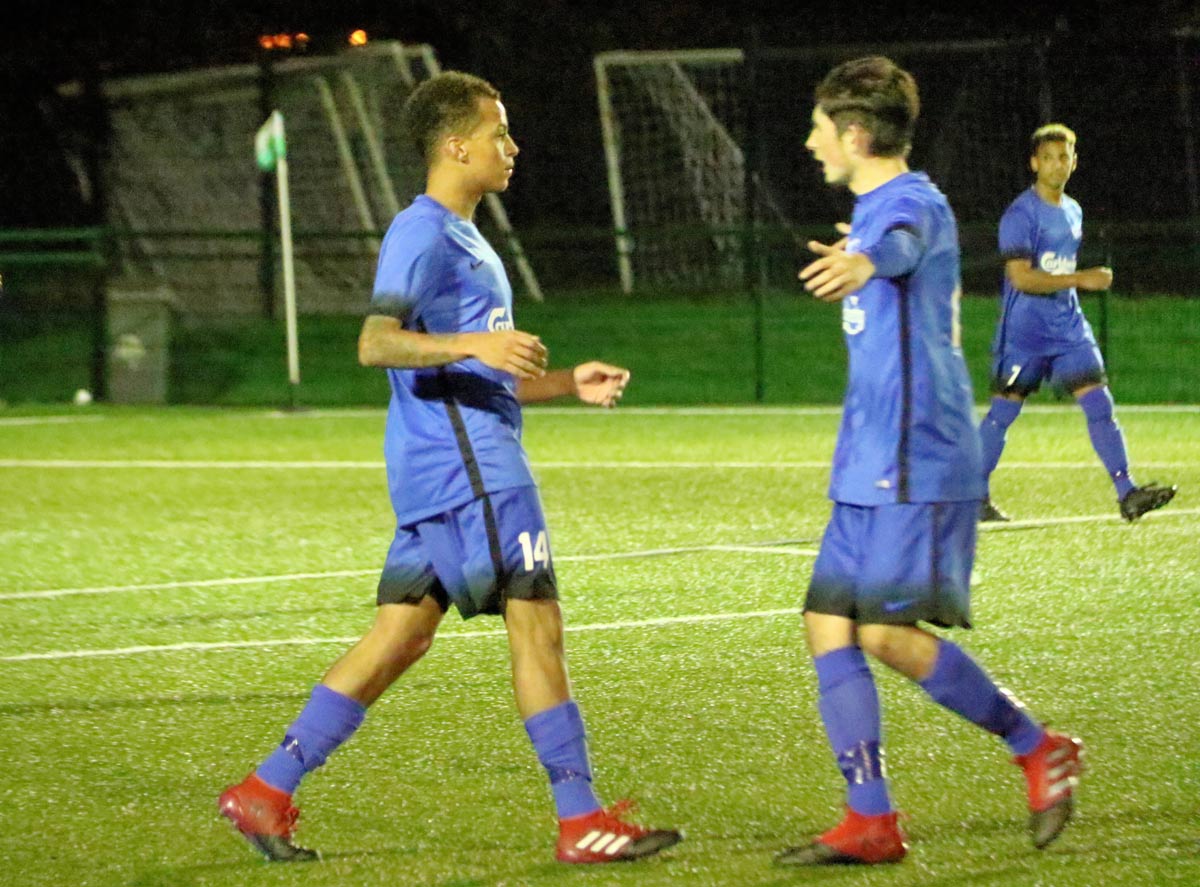 It was now Jets pushing for the winner and when Josh Noyes was played in with the keeper to beat in stoppage time the money was on the skilful lad to grab the points. It was, however, either the save or miss of the night but either way, a draw was a good result for both teams. 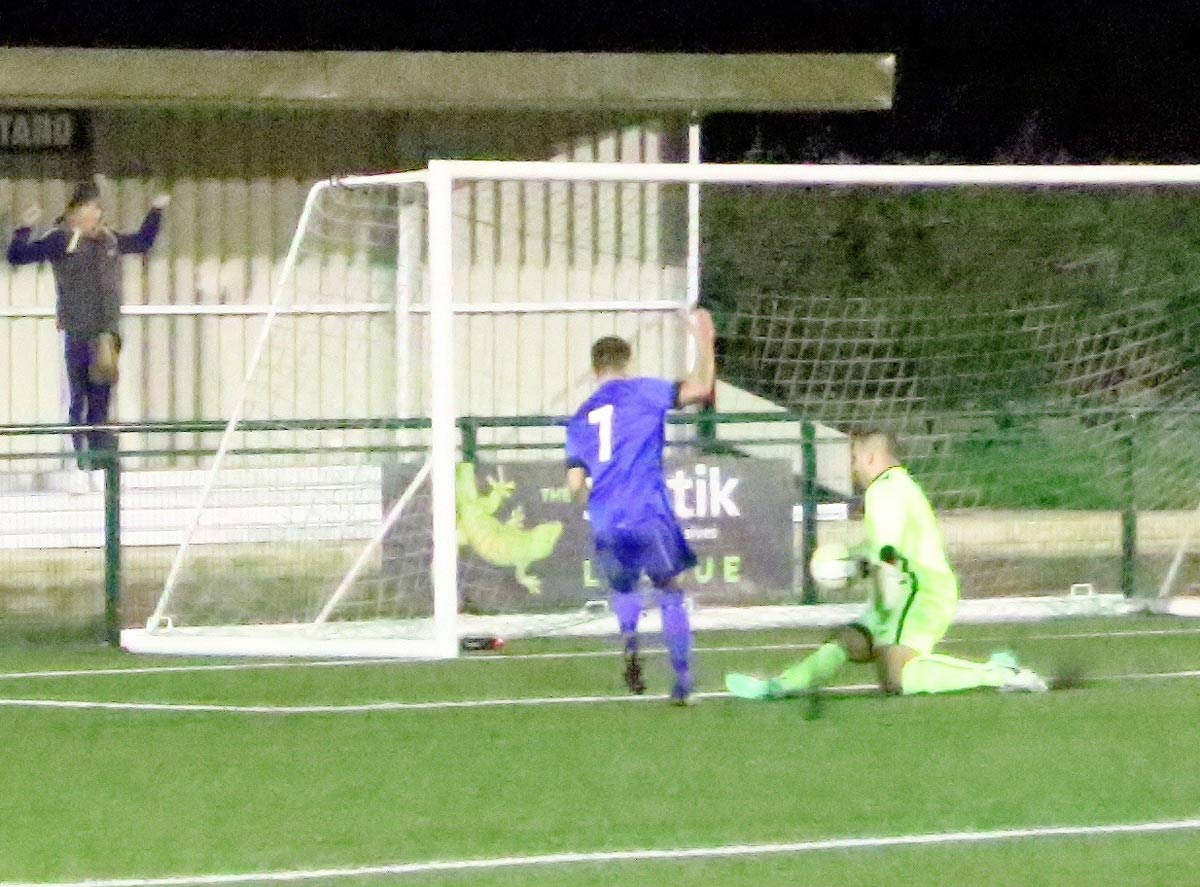 Jets man of the match tonight, chosen by the Club chairman Phil Andrews and General Secretary David Fuller, was Rob Partington. Despite the question over the second goal, his saves kept Jets in the game. Also on the shortlist, Joe Patrick and Tom Gibson who both produced good committed performances. 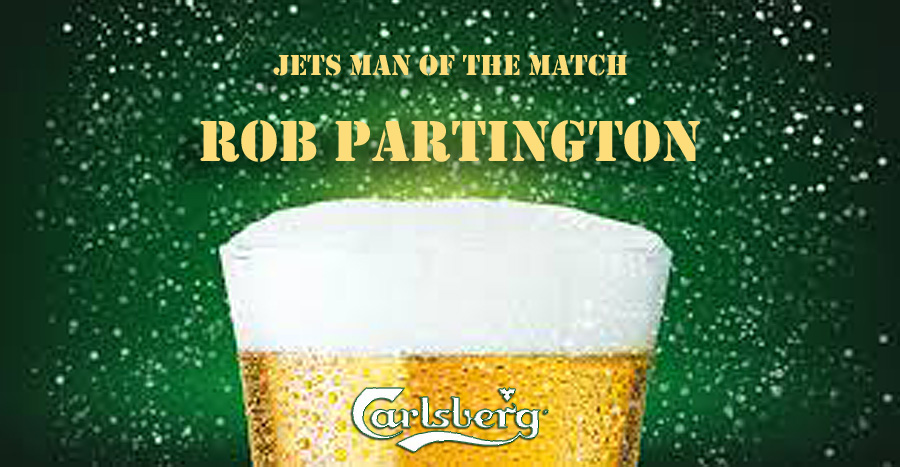 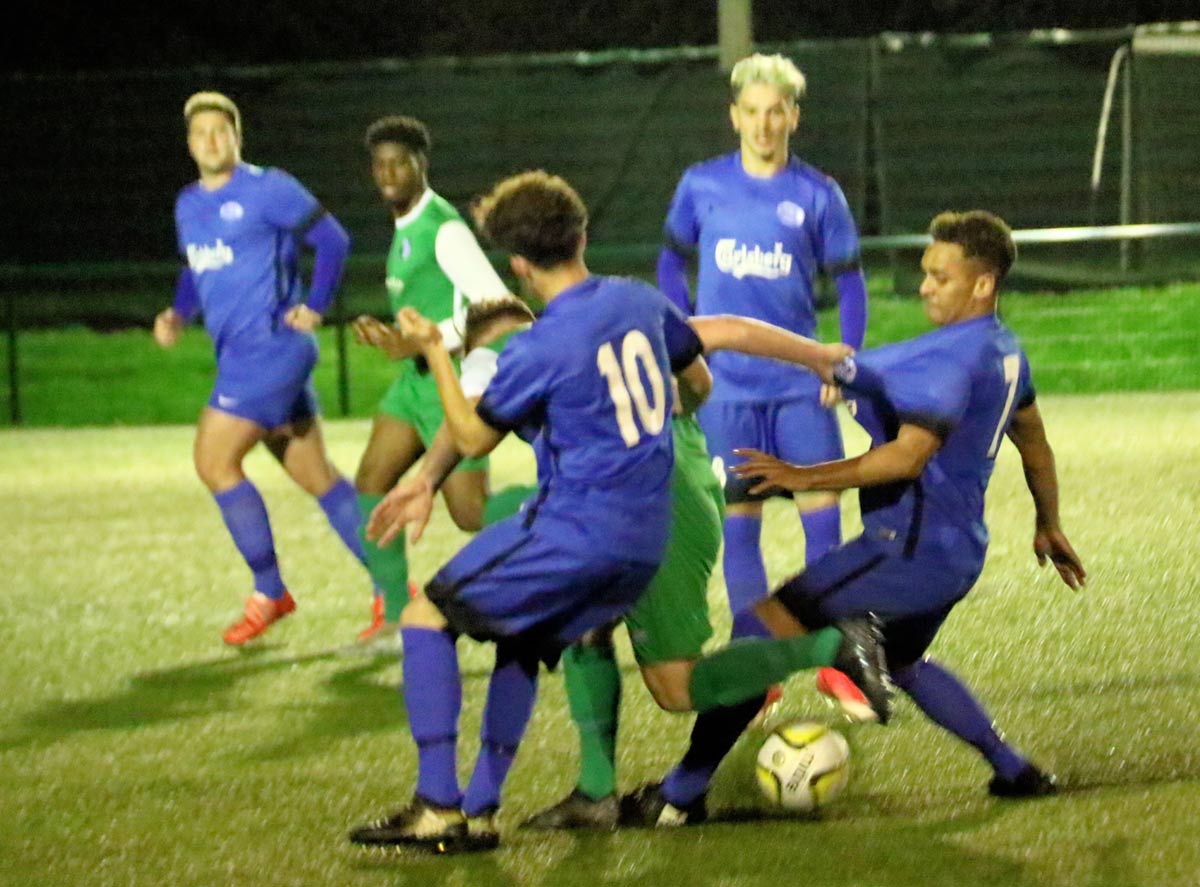 Wait until the end to swap shirts! 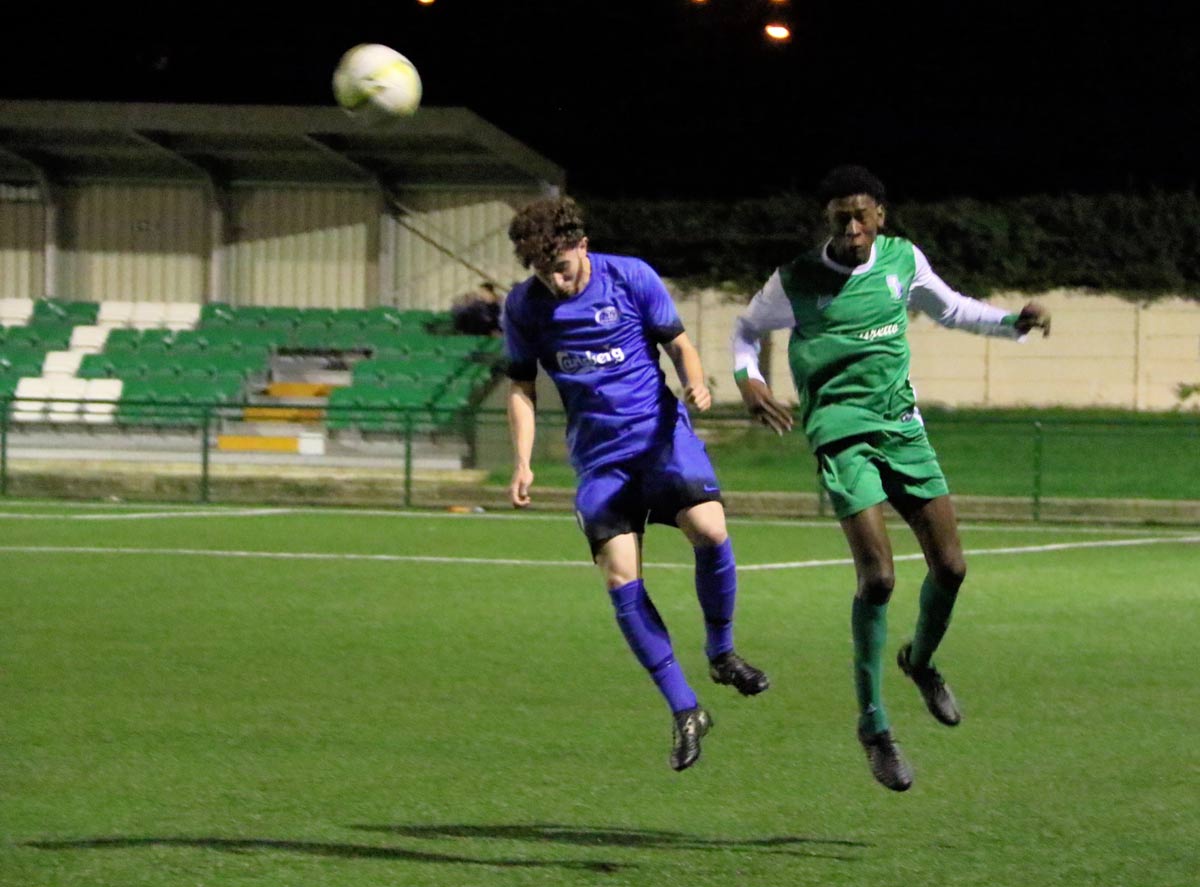