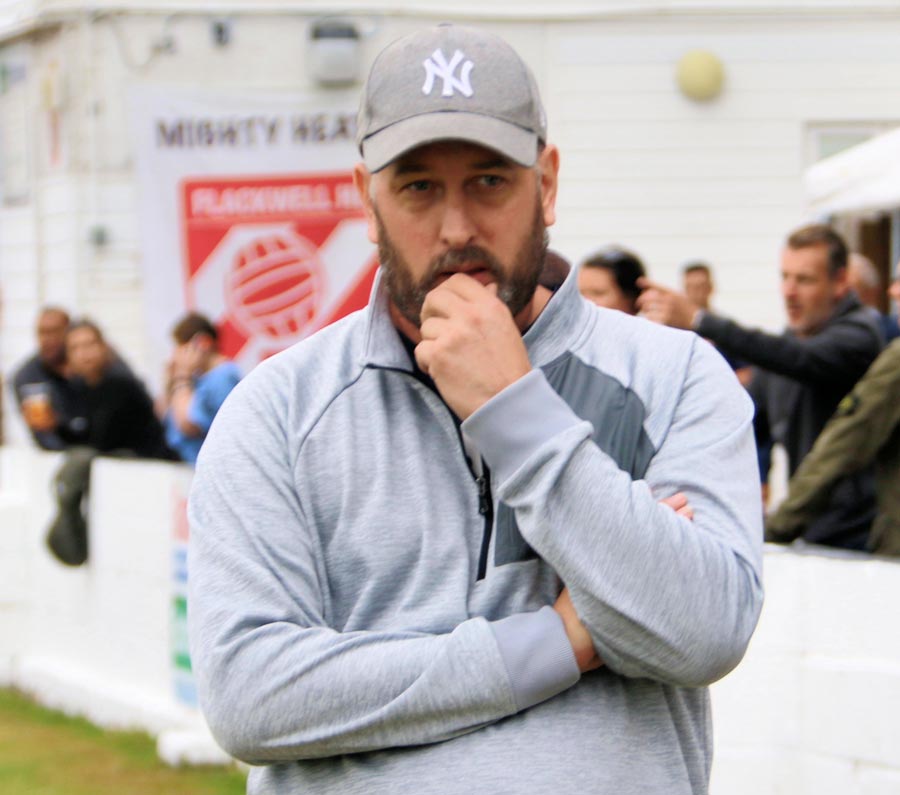 We are delighted to announce that we have appointed former Tring Athletic boss Kevin Christou as our new first team manager, with James Gibbs joining from Northwood as his assistant. We believed we needed to go for a a management team  with far more experience within the pyramid to help Jets to get back on track.

We are also looking to make two further appointments to a coaching set-up that will continue to involve Jets stalwart Wayne Gladdy.

The new staff will take charge of their first game on Saturday when Jets visit Flackwell Heath.

The club needed “a fresh start” following the resignation of Stuart Atkins at the end of last month and we are delighted to have Kevin and James join us. John Elliott commented “We had over half a dozen very strong applications but in many cases I was concerned at the distance from the club they were from”.

“Kevin was in touch with me and supportive even when he knew I had partly reached agreement with another pairing, still offering us temporary help. I was more and more swaying Kevin’s way as I knew he had substantial experience and contacts in the Spartan Premier, and we need to make a 70 per cent rebuild”.

“Kevin fitted the role and we met on Saturday along with his choice of assistant James Gibbs who we instantly got on really well with, so it was very easy to say yes. Both understood the backbone of how the club operates in the local community whilst being a competitive step 5 club.”

It has been a very difficult few weeks for Jets who have been on the receiving end of some heavy defeats, having been forced to field makeshift teams after a number of players followed Atkins out of the exit door. With Kevin and James now joining us, however, we are looking forward to remodelling to a positive future.

Very sad to hear of the death today of a personal friend of mine & Jets John Feenstra. First knew John back in our HCL days & he’s a big supporter of our Poppy matches sponsoring memorabilia for the players. This photo is John in charge of the HM Princess Of Wales match. RIP John

Unfortunately our away game against @1972Jets U18s has been called off ..
I'm sure we will start playing some games soon 🤦‍♂️🤣
@OxheyJetsFans @KLFCofficial

After 3 weeks without a game we are back at home on Saturday for the first time in 2023 as we host @ReadingCityFC the first game of what looks to be a busy period for the Jets!

With @WatfordFC away Saturday get down The Boundary for a bit of local football!

With the game called off tonight the @1972Jets lads were put thoroughly through there paces thanks to Dan Bourne tonight . Great effort by all 👏🏼👏🏼👏🏼👏🏼👏🏼

The pitch whilst no frost overnight is still frozen and -1 at ground. Predicted temp -2 by 8pm means we are calling a pitch inspection mid afternoon

Back at Home and it is going to be a cold one!

We host @BroadfieldsUtd for our first home game of 2023!

Get down the Boundary and support the Jets towards an ever vital 3 points!

With the tomorrows forecast any news of Pitch Inspection will be posted as soon as we know!

The projections are currently updated as of 22nd January 2023