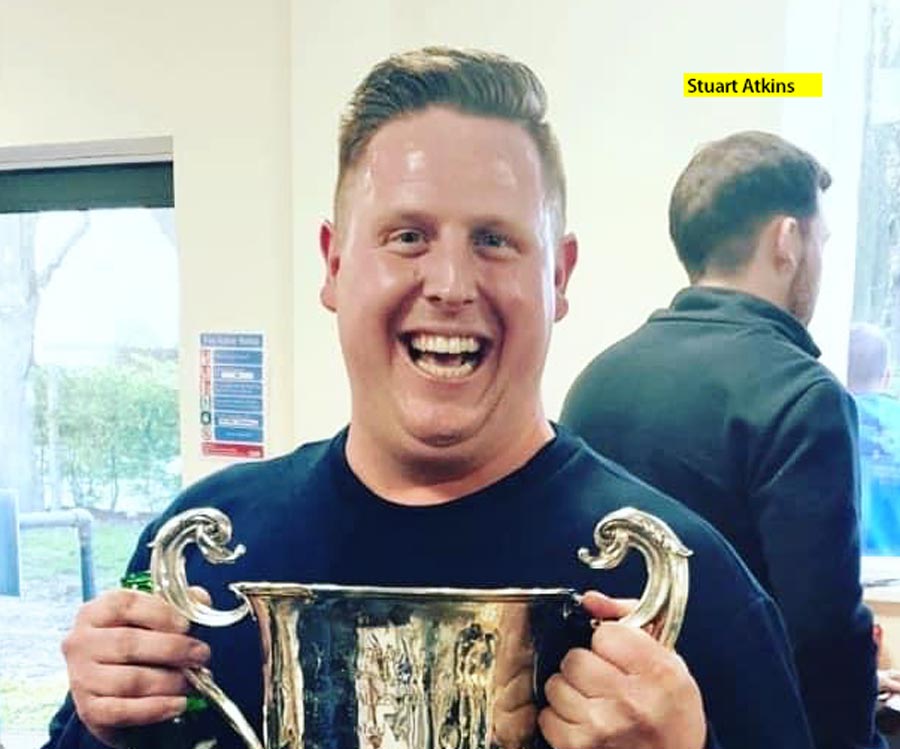 We are pleased to announce that, with immediate effect, Stuart Atkins is the new Oxhey Jets First Team Manager.

We are delighted to welcome Stuart back to the Jets. Following a successful period with our Reserves, Stuart moved on to gain experience at a higher level and was successful with first-team football, also winning a Senior County cup. Stuart brings his experienced team of coaches and assistants and those already named are Chris Campbell (Assistant Manager), Chris Colman (Coach) and Dave Sells (Coach).

Stuart succeeds Tim O’Sullivan who has done a tremendous job for Jets since he became First Team Manager in April 2018, starting with helping us to avoid relegation with ‘a great escape’ in the final game of the season. Tim then led us to an 8th place finish in 2018-19 and then to 5th this season before football was shut down due to the Coronavirus. A tremendous achievement when you compare us with the big-budget teams in our league. We are certainly in a much better place thanks to Tim and his team of Pat Fallon, Mick Walsh and his coach James Hall, not forgetting last seasons input by Ryan Jackett.

It was always Tim’s intention to step down at the end of the season. It has been his intention since day one when he agreed to return to football, both as a former Jets man and a very personal favour and friend to me, to save the club from relegation. As a result, he has worked closely with us to identify his successor and allow Stuart to get involved with the team in recent months.

Also, although Tim is retiring from team management, we are looking for Tim to stay involved with the club in various ways to help move and prepare the club for the next era and to ensure a long future for the club.

Our Reserve team has been hugely successful in the league and cups during the last two seasons under the leadership of Tom Bullock, Aaron Eales and Steve Booth. It has, however, meant that their promotion gave us two teams in the FA pyramid and, under FA rules, that they would not be eligible for any further advancement while our first team is at its current level.

This was frustrating for both the Reserve team management and players, and the Reserve team management said they would be looking to run as a first-team next season, wherever that may be. Jets desire was to keep the present first-team squad, superbly built by Tim, and insert a management team that could add a few names to the group of lads that have progressed the club so well. So, it was reluctantly decided the Reserves be discontinued at the end of this season. The Reserves management and players now have the chance to establish themselves as a first-team for another club, and we wish Tom, the staff and players all the success in whatever role they decide. This factor was essential to them and instrumental in making this decision.

Other factors in this decision were that the Reserves entering the pyramid had added massive extra costs for the club, and, also, it didn’t allow for the club to fully develop local youngsters coming through the Oxhey Jets Youth system.

As a result, with the closure of the Reserve team, we are now able to start a young Development team that will be managed by Steve Voss and will play in the Herts County League Division Two.

We see this as an excellent opportunity to bring local South Oxhey youth players through into Senior football, and Steve has the knowledge and leadership of these players to take on this role. These lads have played for the club since they were 12 under Steve as he was responsible for reinstating the youth set up that has grown so strongly now with many excellent managers, coaches and organisers. We must open a route for the players and staff to follow in future years, as younger people need to step forward and take the club on. We fully understand it will be a hard learning curve for the very young squad hence our request to drop down and allow them, almost like the original “pathfinder team” at Jets, to find its way and progress and evolve gradually.

After many years of service spanning decades, Tony Marren has decided to take a step back from the management of the Vets team. However, he will continue as a player, and he will manage a Sunday Vets Cup team, happily staying involved with Jets as we approach our 50th birthday.

Marc Ayres will take over the management of Jets Vets and will keep Tony’s management support With Will Brereton as match Secretary, and will announce his support staff when he sees what help he needs. Tony is on hand to give support, and these loyal Jets lads are programmed with many thousands of appearances between them. Marc is Oxhey Jets through and through, and we are delighted to have him lead the Vets and take up a management role.

Although there is still a high level of uncertainty as to when we will able to train and play football again, we look forward to working with our new team leaders and wish them every success. We are also pleased that Phil Andrews, Dave Fuller and David Mason will all be continuing in their essential roles.

We would like to thanks Tim, Tom and Tony and all their support staff for everything they have done for the club, and the success they have brought at each level. We hope they all stay in touch with us at the Jets.