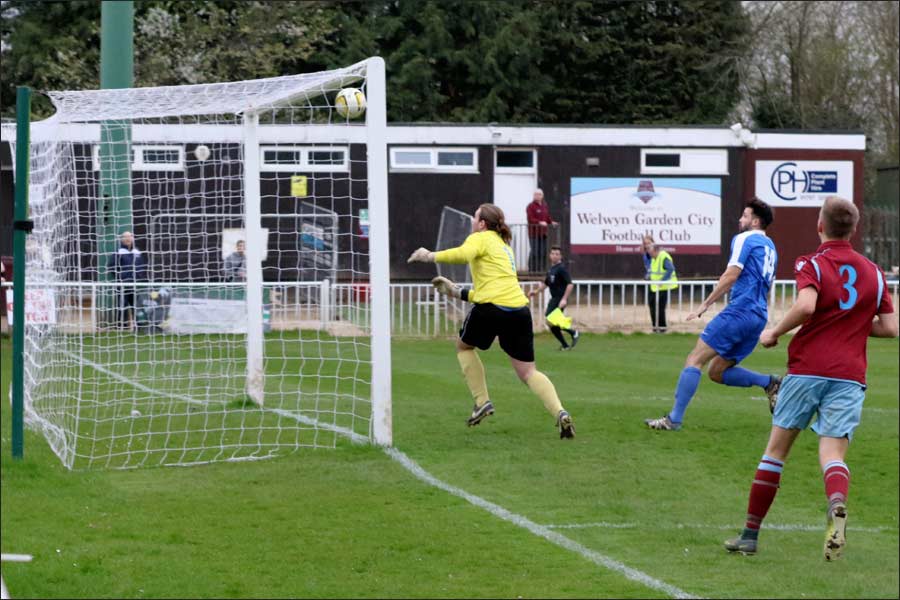 Jets went down with more fight than the storyline suggests at high riding Welwyn Garden City.

The team selection was again hampered by who couldn’t or wouldn’t play as it becomes more apparent that it’s harder to find the people willing to put it in when the ship is sinking than it is when the glory boys are rolling! So you can’t blame the lads who do play, they are doing their best and yesterday six of the side were under 18. 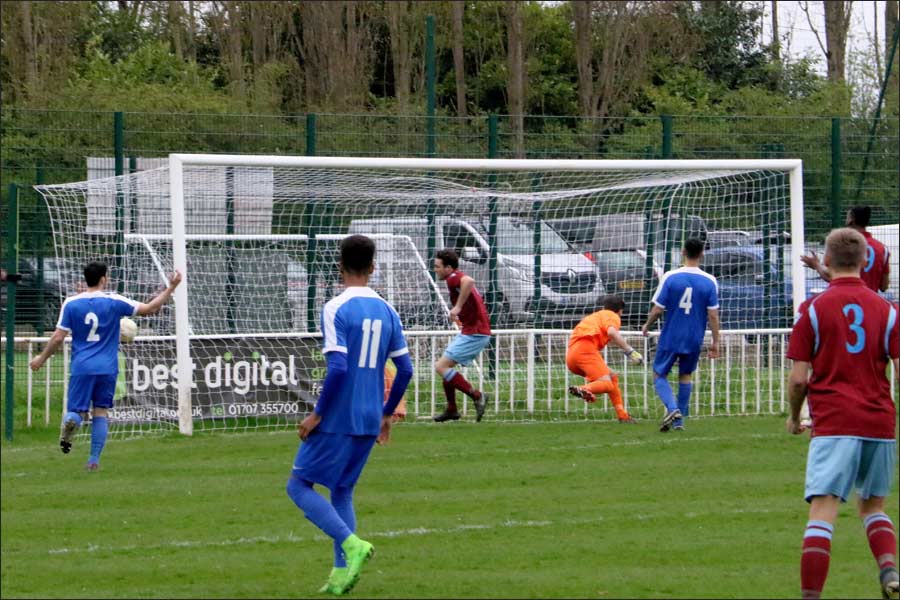 Jets had a dreadful start and inexperience showed as they were caught cold with a first minute conceded goal, but from there on it was Jets doing the attacking and they could and should have equalised when a fine move found young Liam Sole unmarked at the back post and the skilful youngster side footed first time but the ball struck the post and stayed out. 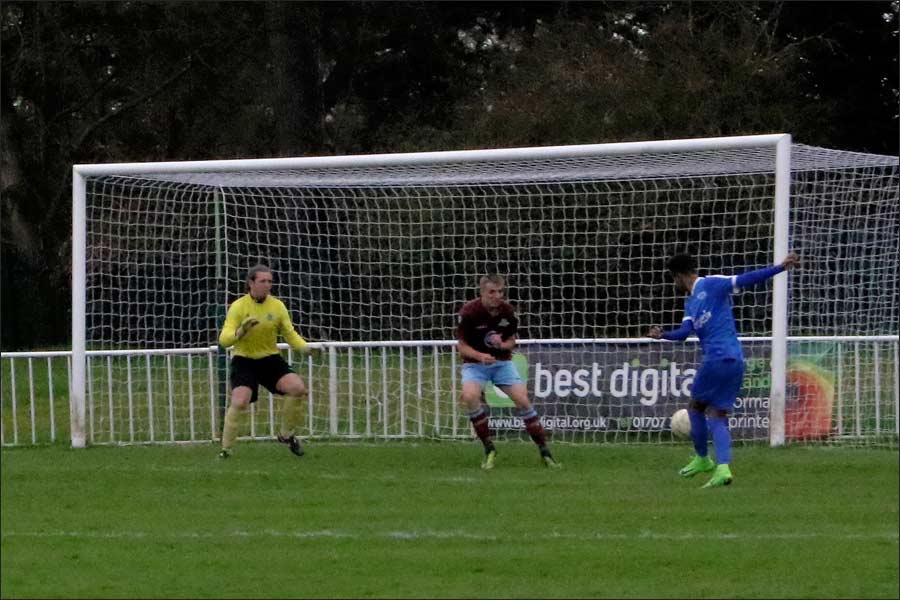 Let off for WGC as Liam sole hits the post

WGC were let off the hook with their manager going ballistic at them to up their game, which is a huge compliment to the young Jets lads. 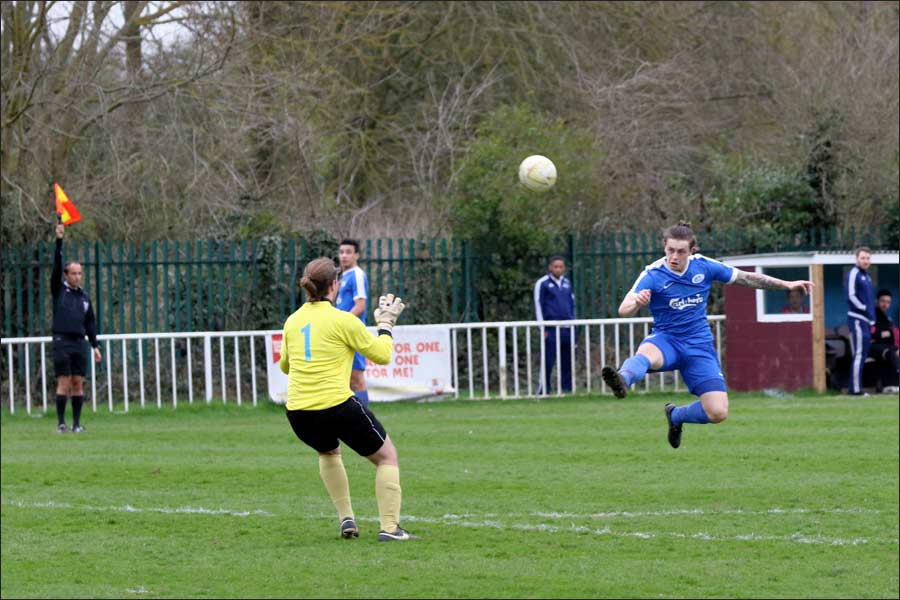 Flag rules this one out for Luke Wells

Luke Wells netted but was ruled offside and Jets, driven on by a super 45 minutes by the reserves and Academy boss Warren Gladdy who was forced to leave his side today to help fill the gaps of the “missing men formation”. 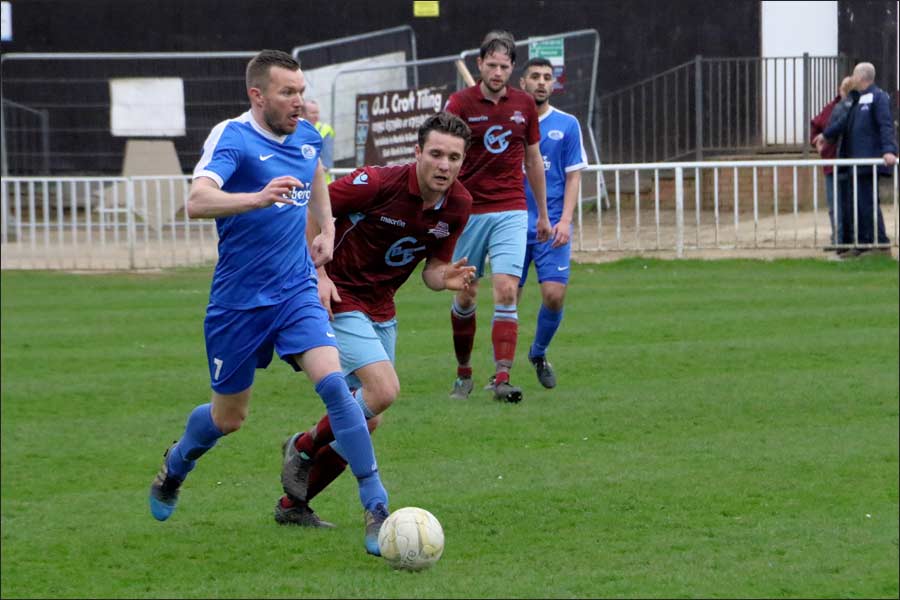 Impressive first half from Warren Gladdy

Half time and Jets really felt disappointed and very unlucky to be behind.

So close to 1-1 as Luke Wells beats the keeper

..but the ball comes off the underside of the bar and bounces clear 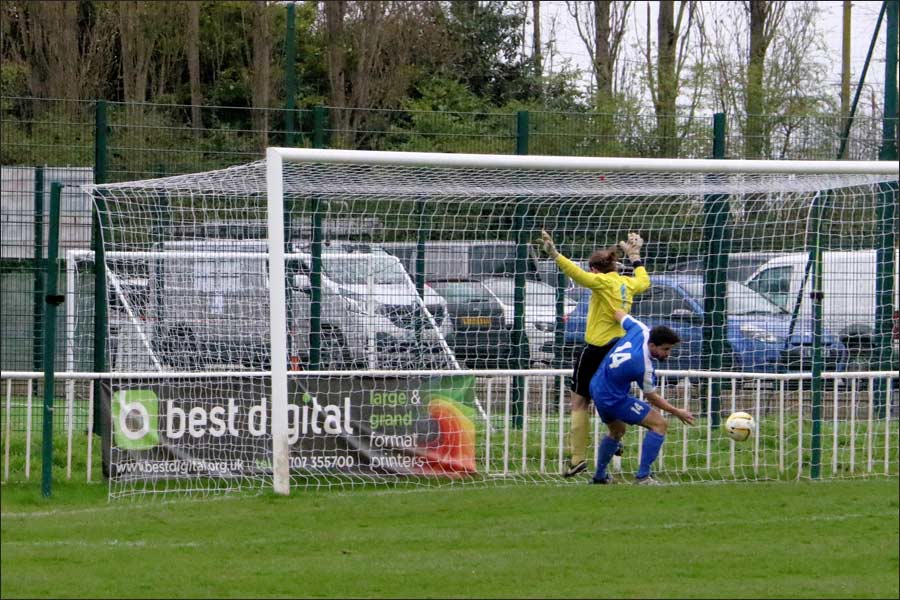 The second period started similar and two good chances went Jets way. Luke Wells grafting away up front on his own did well to beat the keeper but, true to Jets luck at the moment, the ball struck the underside of the bar and was ruled not to have gone in, and in honesty no real way of knowing so no arguments from us. True to form the sting in the tail came as minutes later Rob Partington made a good save and the scramble that followed finally ended in the net and Jets were beaten. 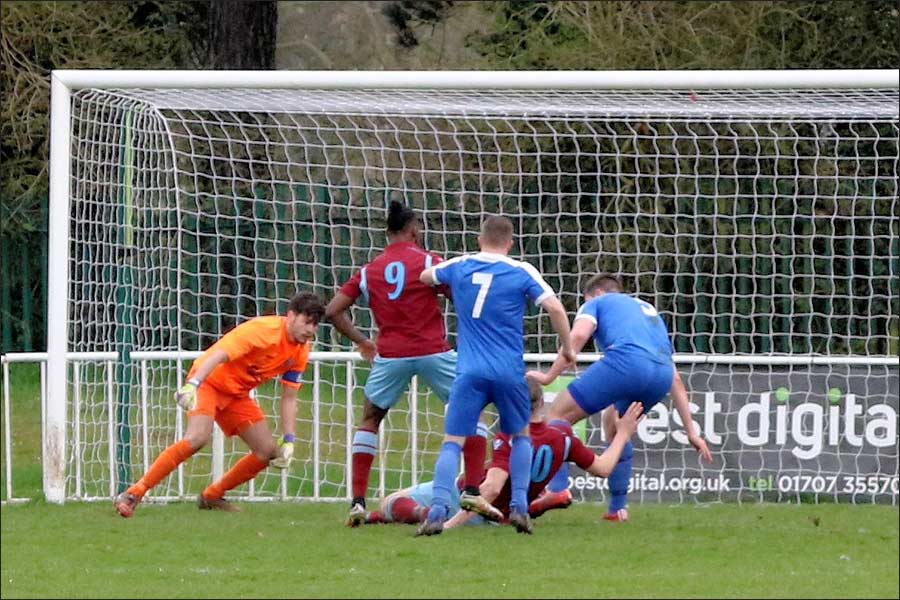 Luke Wells had the ball in the net again and it could have sparked a revival, who knows, but the flag again denied and from that point the wheels came off and Jets folded as the legs, heart and experience succumbed to the better more superior side and the score ran away and the home side well and truly put the youngsters to bed. 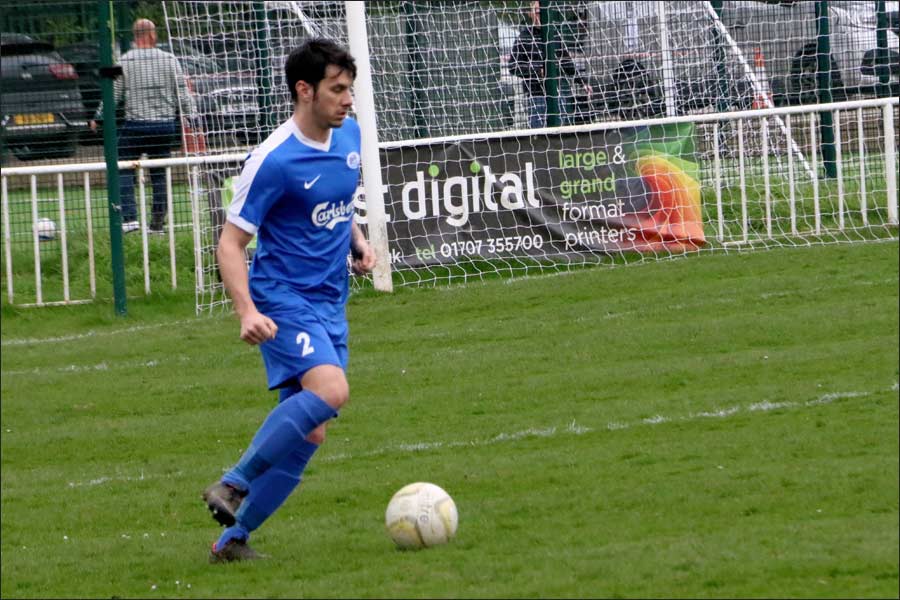 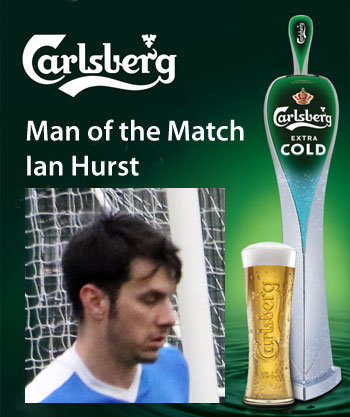 Ian Hurst was asked to take an unknown defensive role today with so many AWOL and he got not only Jets Carlsberg star player gift but also the whole game man of the match awarded by the home club.

Jets are in a deep relegation fight and the final say on up or down could well depend on people looking at themselves and deciding if they are players who are up for the fight or not at this critical time.

When the going gets tough the tough get going! 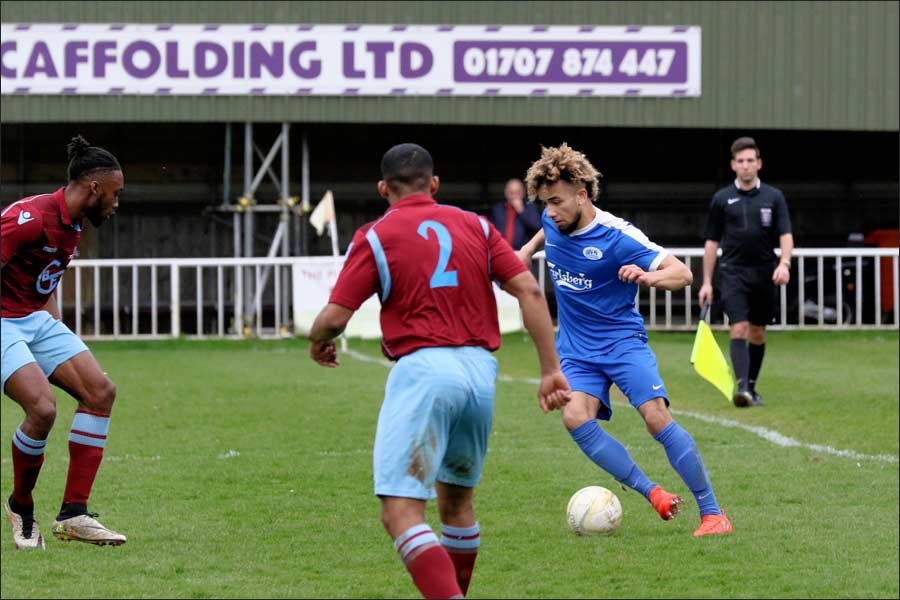 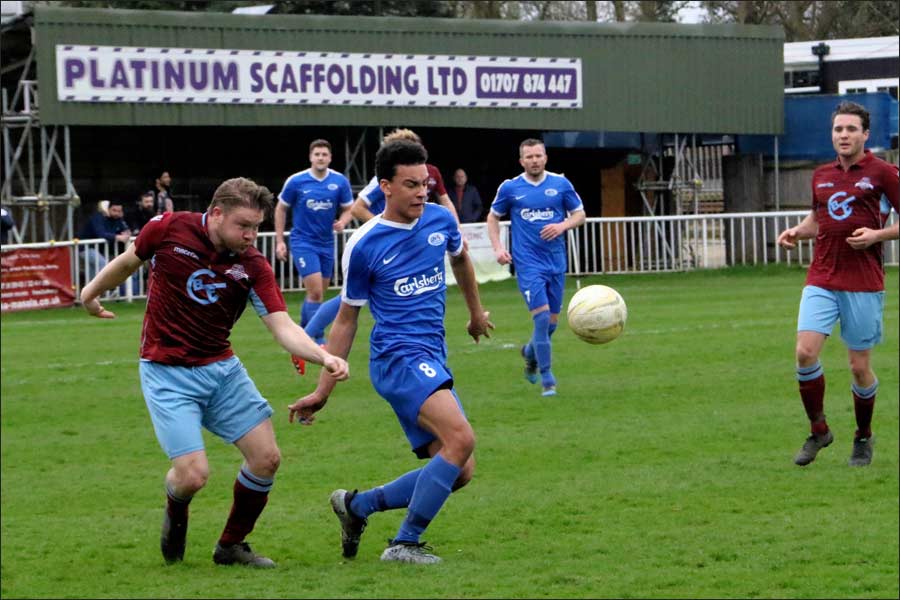 Jake Kissedu – another youngster who stepped up today 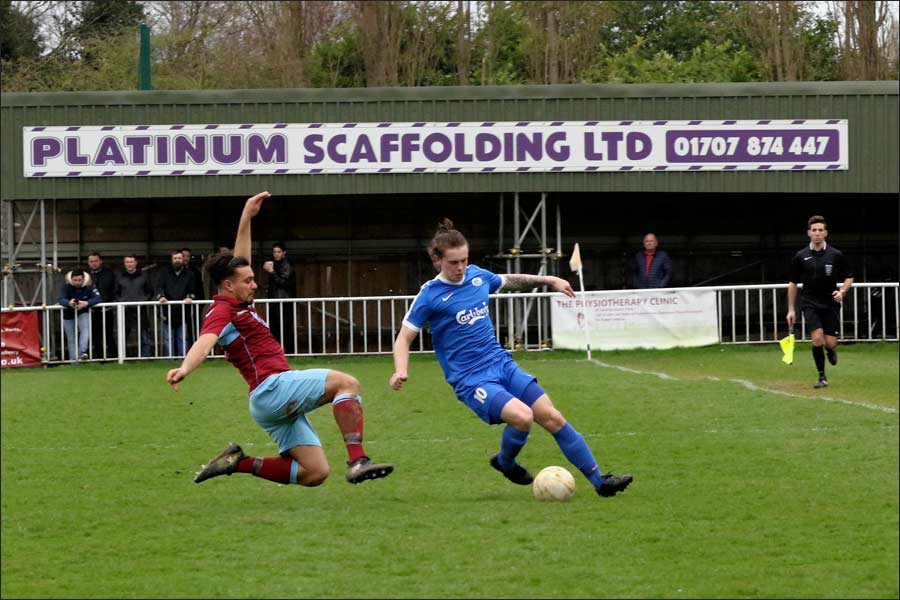 Our reserves sponsors getting a good mention at WGC 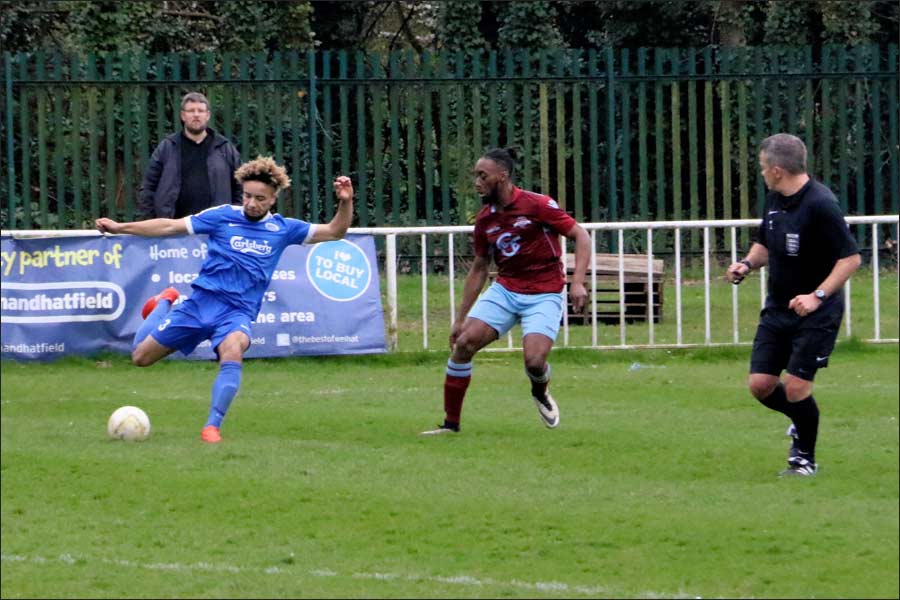 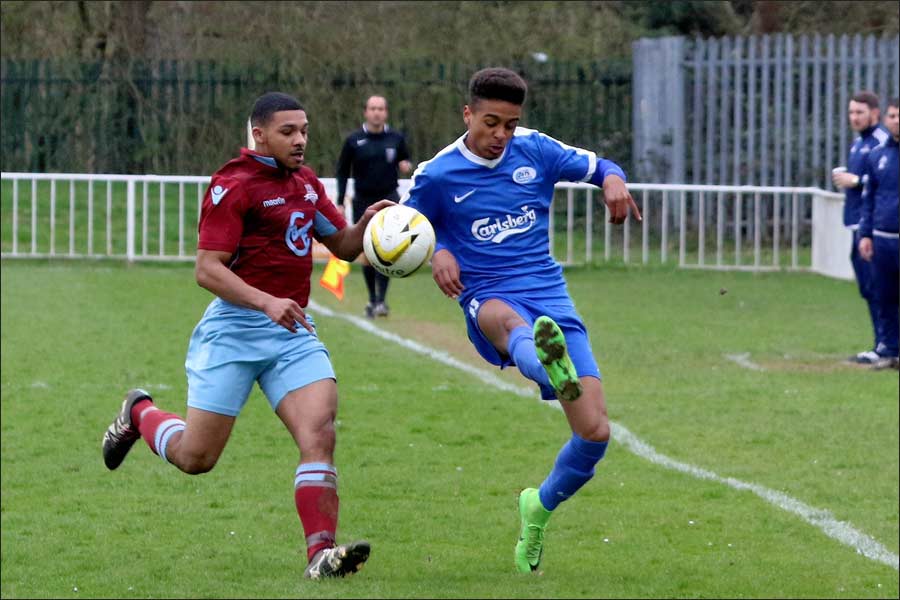 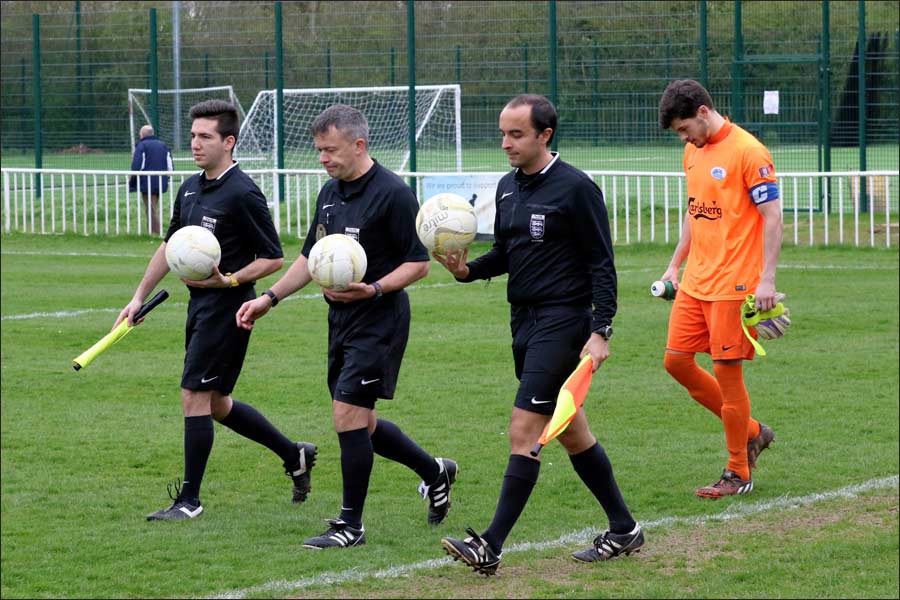