Jets raised the bar on their performance at Potters Bar Town on a cold Tuesday night in the Hertfordshire senior cup.

Jets who are having a good season so far have without doubt one of their best and strongest sides for a good few years and against a good step 3 side, two above Jets, they took the match to the FA cup heroes of just a couple of weeks ago from the off. 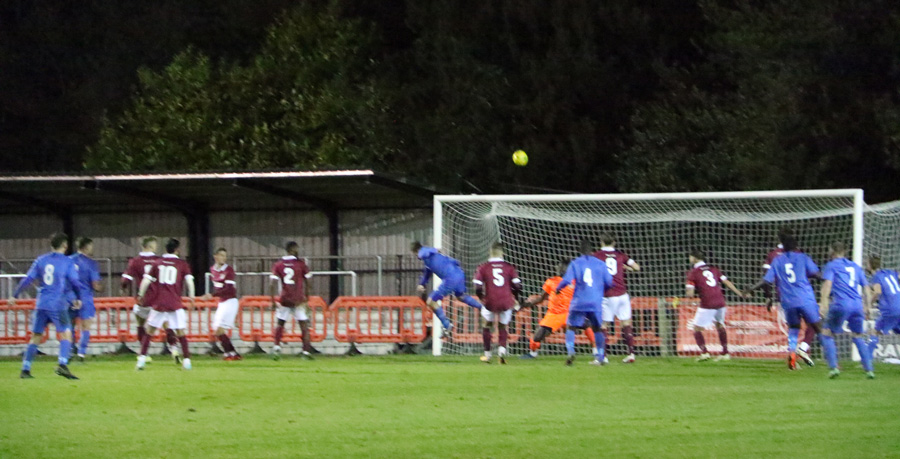 Big chance for Jets not taken just before half time

A good save denies a late win for Jets

Missing four regulars Jets still have a full and dangerous squad, and it was nice to hear so many Town supporters saying we deserved to win it on the 90. Nevertheless, when you only go down on a penalty shoot-out after 0-0 you can’t complain, you see the pride the lads deserve in the defeat.

Matty Evans saves a penalty in the shoot out

Jets missed two, Town had one, but the cruel bit was seeing a Town pen hit the bar, come down, bounce out, hit our keeper on the back of the head and roll over the line! That’s when you know you’re not going to have your glory night! 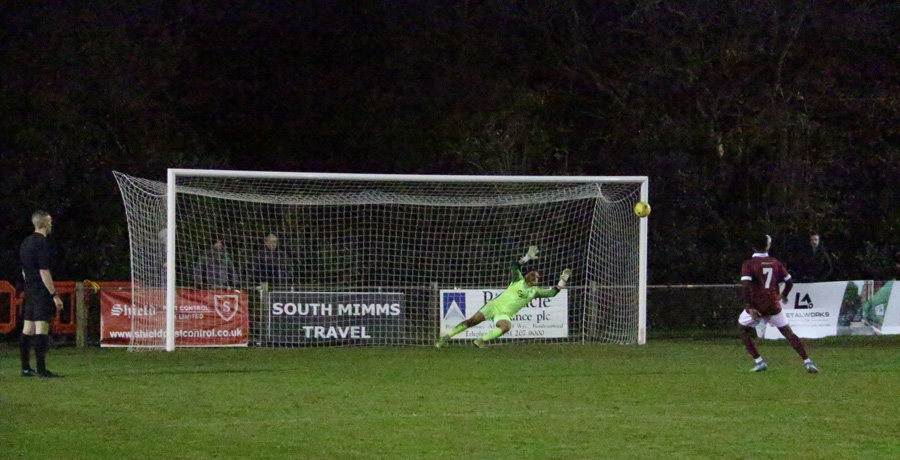 Potters Bar win the shootout 4-2, this pen came off the post, and hits Keeper Matty Evans before going back into the goal. 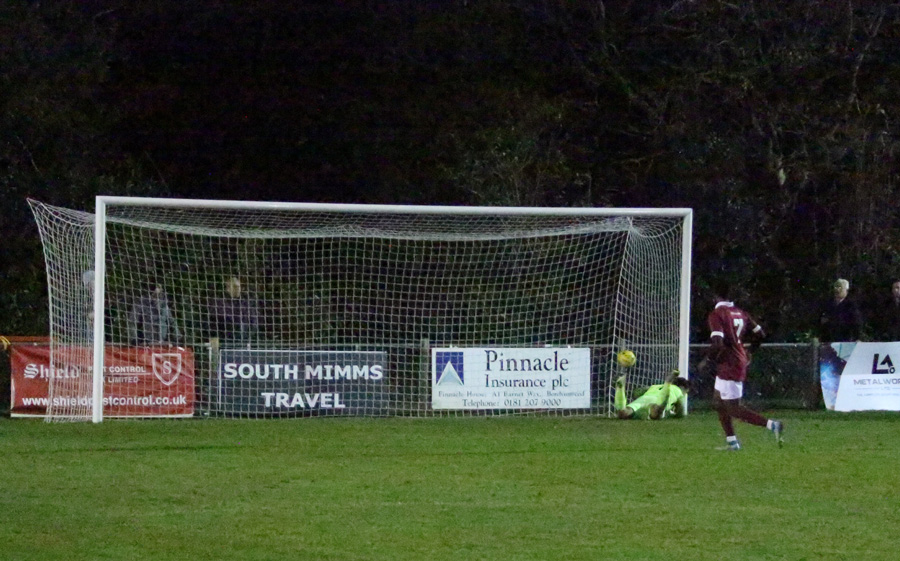 No luck For Matty as the ball comes out off the bar, but back in the goal off his body.

Jets man of the match was Ashley Lewis, but they all gave everything they had tonight, and we had a very proud management team. 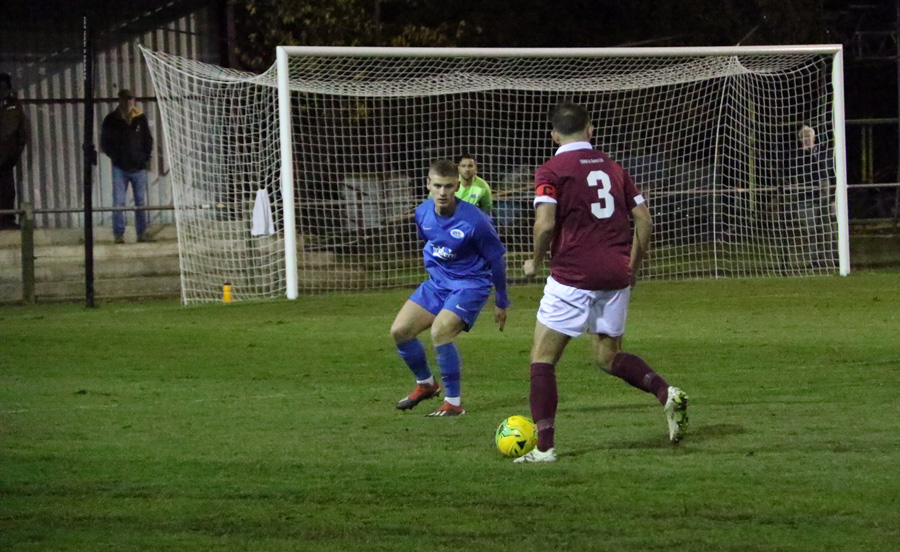 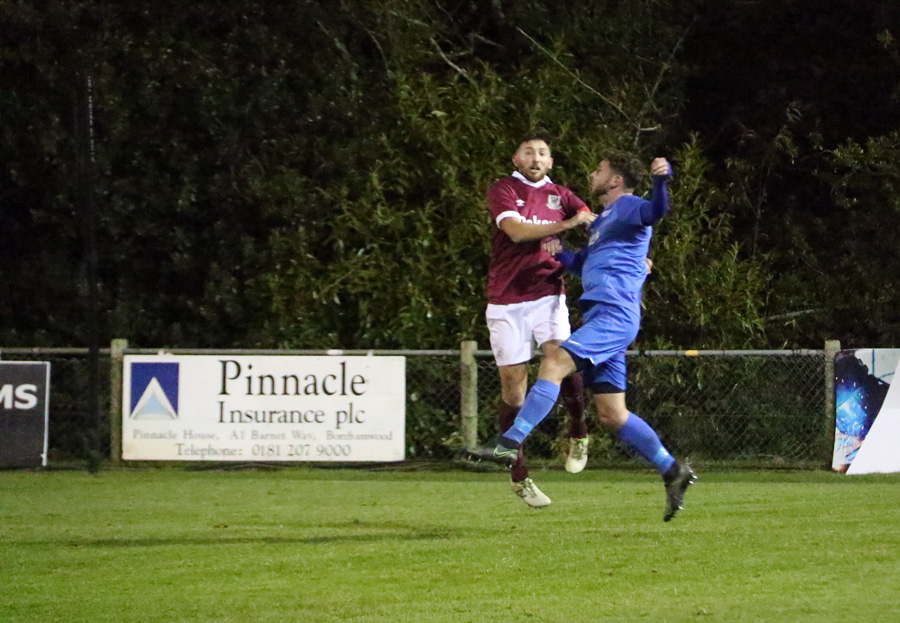 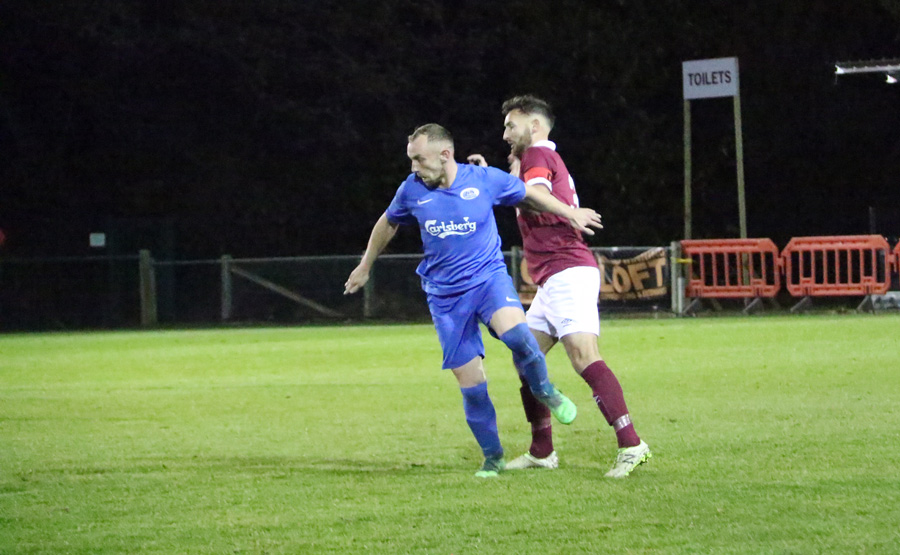