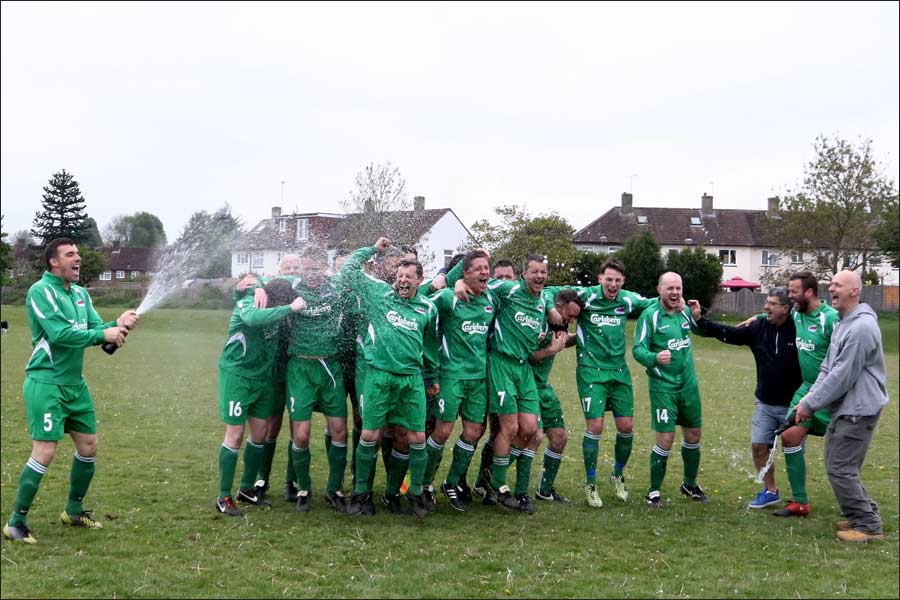 Sixteen years ago, on Oxhey playing fields, Colin Jenkins skippered Oxhey Jets to what was the start of a whirlwind period that would see them climb up the FA ladder through four FA steps to the Spartan Premier Division. 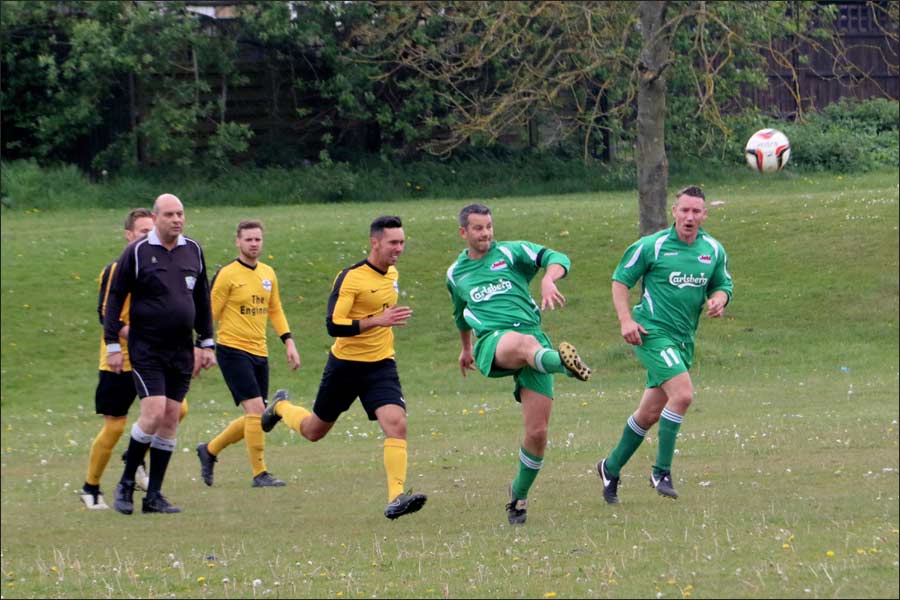 Today the same skipper with six of the same players in the squad went back to the same venue to clinch the West Herts Division One Championship crown against all the odds as “vets” and being made to play just 40 hours after their draining Cup final defeat.

Gary Page (all time Jets leading goal scorer), Ian Holdom (no2 on that list), Colin Jenkins (who took over second place in the all-time appearances list topping Benny Higham’s 755), Gary Quinnell and the much younger Marc Ayres and Wayne Gladdy all took part in the original and today’s Championship victory.

Today’s ages added up to 685 years and the appearances 6546 matches, will we ever find another group of lads as committed and loyal as these, the heartbeat of the club, and let’s not forget boss Tony Marren and assistant Mark Simmonds along with the whole squad who although not in the first championship side do clock up hundreds of those appearances as well.

The match was winner takes all, the winner on the day would be deserved champions as the two ran neck and neck all season, Jets losing to their opponents earlier in the season, but a morale-boosting win at their pad in the cup semi-final gave Marren’s old crocks hope and belief. 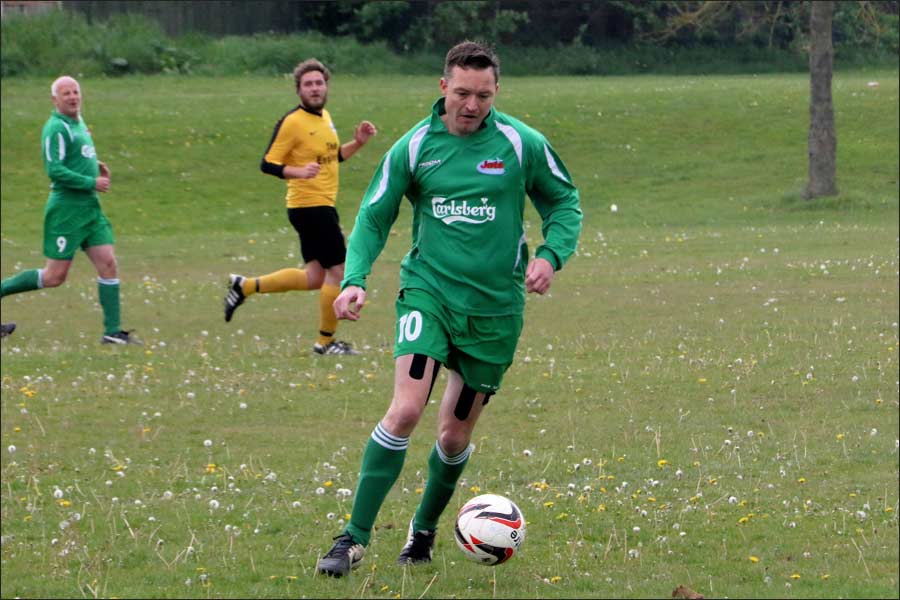 They hurt and their legs hurt badly after Thursday’s defeat and Wayne Gladdy emerged looking like an advert for the tape company, saying he’d spent his rent on the stuff to get through another game! 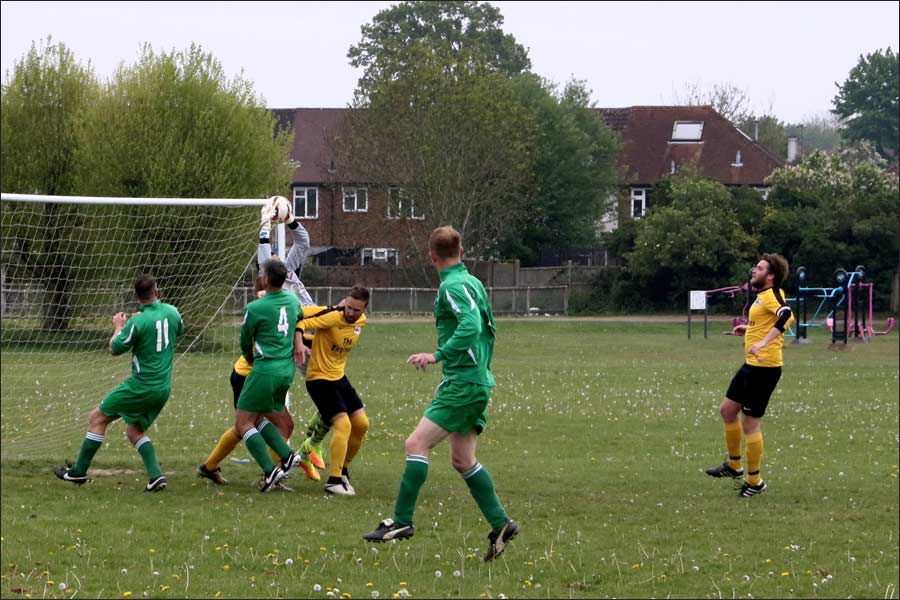 Jets chose the smaller pitch and it helped peg back the much younger Engineers but it took two superb saves by Steve Duce to keep Jets level and in contention as the visitors attacked Jets at speed to break down some that were old enough to be their dads. 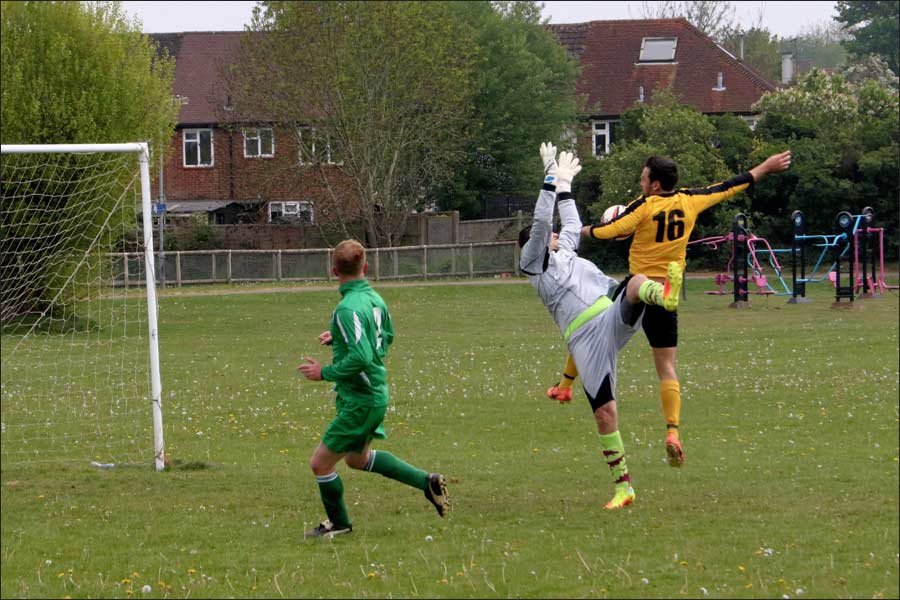 Engineers goal ruled out for a foul on Duce

Jets stabilised and a looper hit the post as Jets retaliated and then the Engineers thought they had the breakthrough, but it was rightly ruled out for a foul on Duce by the no-nonsense referee Tony Hobbs who was well in charge of the match for the whole game.

Half time 0-0 and Jets superior goal difference had the edge on the title.

Jets go 1-down and title looks to be slipping away

The edge went fast as just minutes into the second half Engineers broke and Jets appeals for offside were ignored, then the pinpoint cross was excellently executed into the net past the diving Duce.

Even the Jets supporters feared the worst now and for ten minutes Jets struggled, then the wise use of the FA roll-on roll-off that without a doubt keeps these lads playing was to swing the game.

Antony Shepherd came on and was strong and an immediate threat. Some superb refereeing first trying the advantage, then pulling it back gave Jets a free-kick but a good 25 yards out. It was a strum and a half by Sheppy that as the photo shows had everyone looking back as it hammered into the top of the net and Jets were back in it. 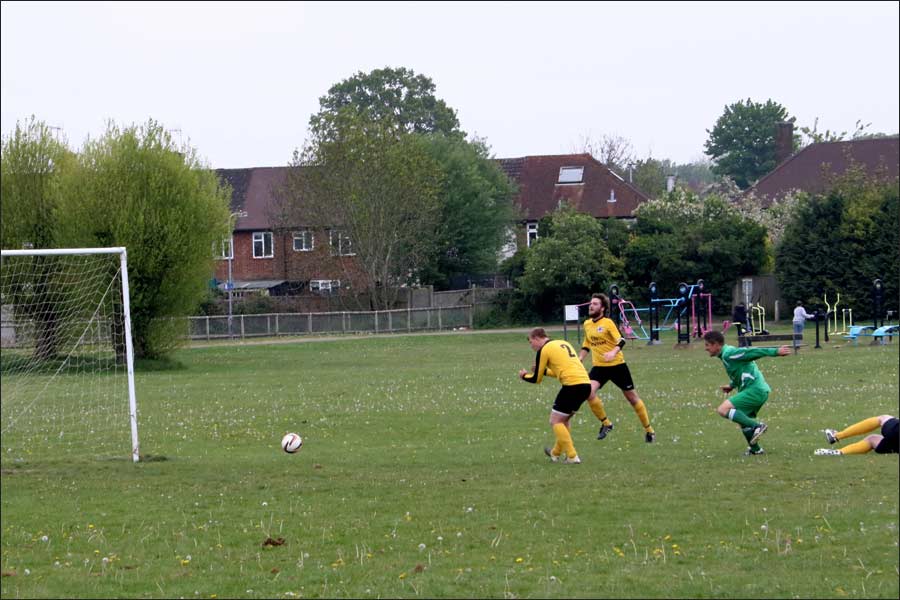 Kick-off and the ball back, Gavin Hart chased the lost cause and a mix up let him toe-poke it past the keeper and the defenders hopeless chase saw them in the back of the net and Jets had their noses in front, a minute swung the game from one down to 2-1 up and they had the draw in their favour so Engineers needed two goals. 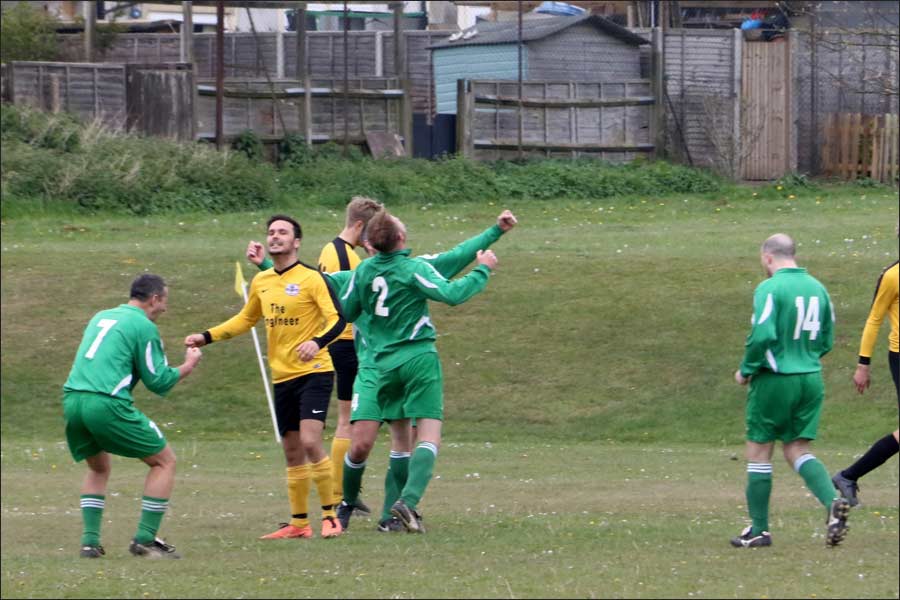 Final Whistle and Jets Vets are the Champions!

Old tired legs, no none of it now. They burst into life like creaky teenagers and worked and ran and chased and saw out the last half hour to be crowned league champions. I saw kids that were not born, or even thought of when dad won the first title, running onto the pitch to their Dads in joy at the victory, true tearful stuff for me watching on for sure. 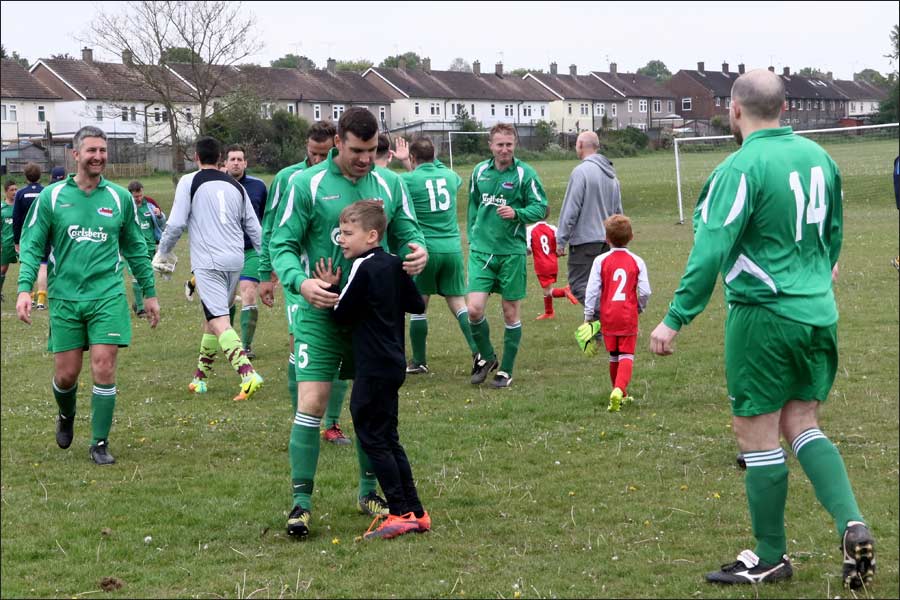 So from the young Wiggy at 30 to the Tony Marren at …. well older, they all did their bit and how proud the club is of these loyal and committed lads to men. 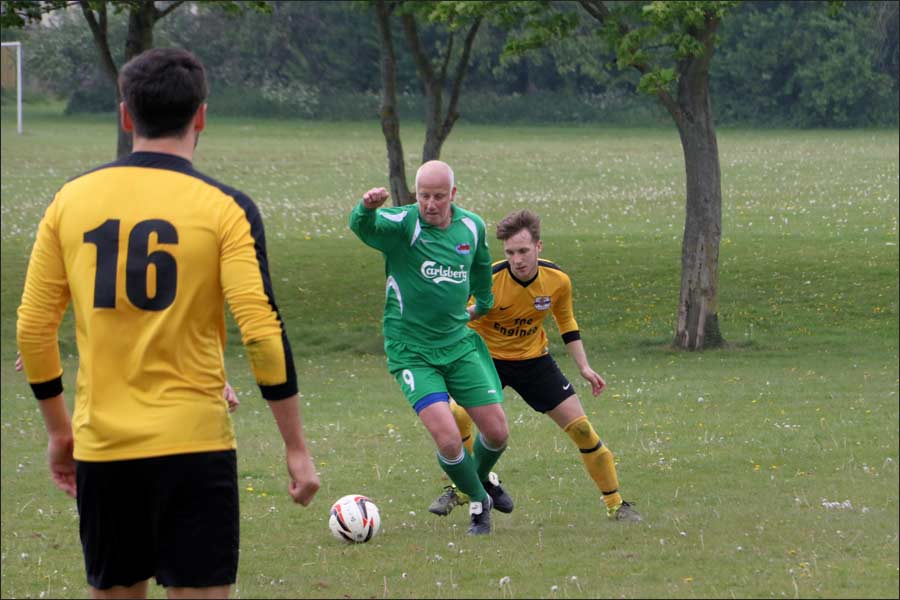 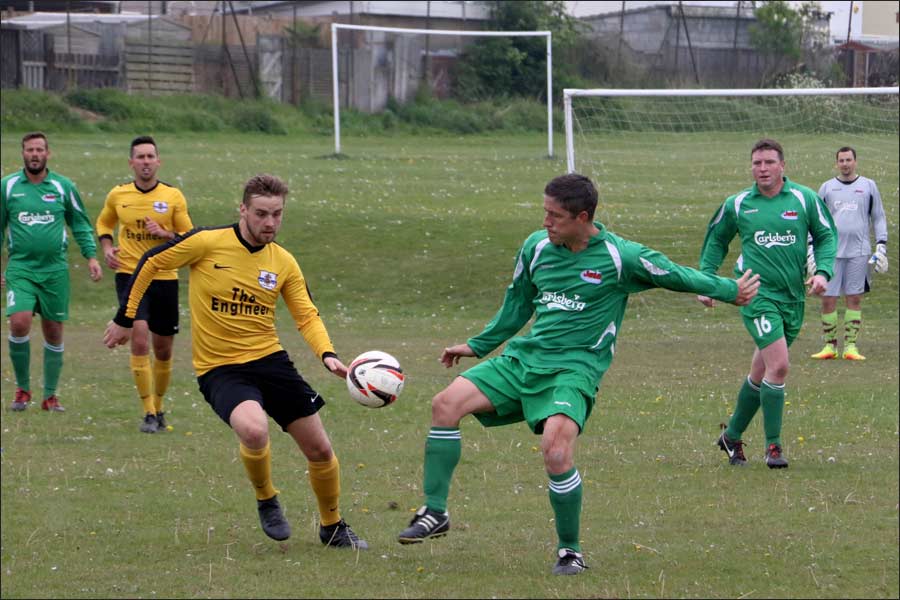 Man of the match was hard but it went to the old fox, the midfield maestro Ian Holdom, joint with the skilful Gavin Hart, who made Colin Jenkins, without doubt, the most successful skipper in this club ever as yet another trophy was handed to the gentleman with the armband respected by players, officials and all in the game, this lad is a one off for sure to Jets. 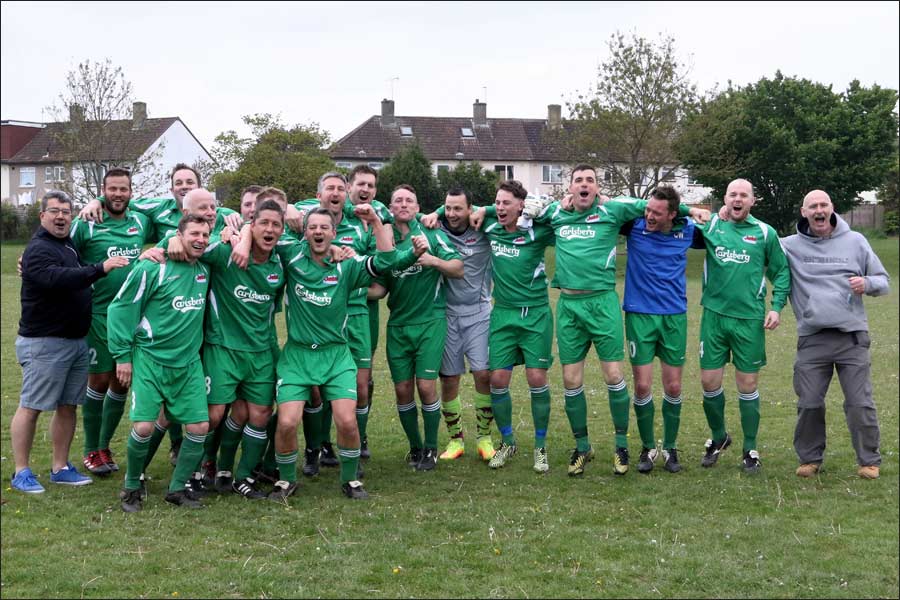 Time to Celebrate another Championship!

So praise galore and fully deserved as we say for the first time for a while now, “We ARE the Champions!” 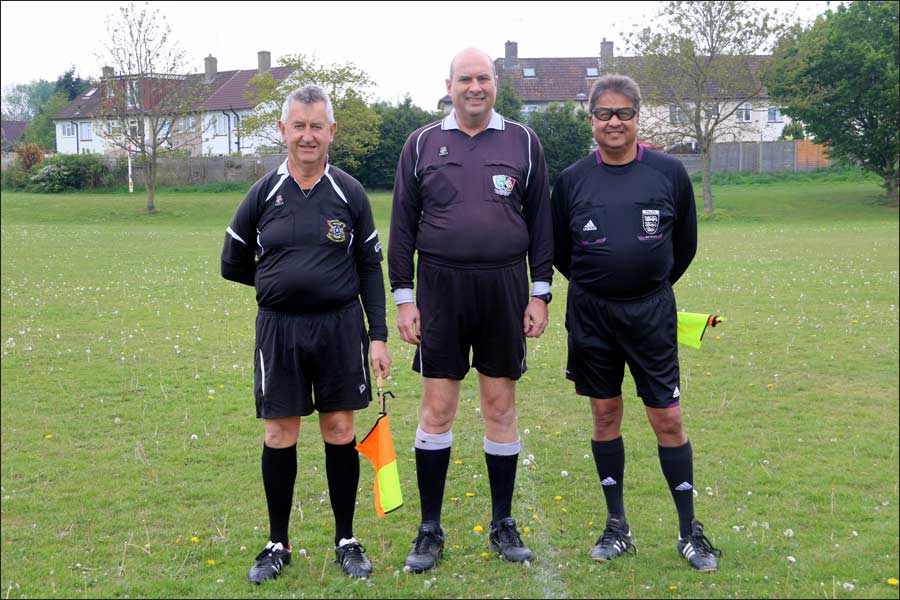 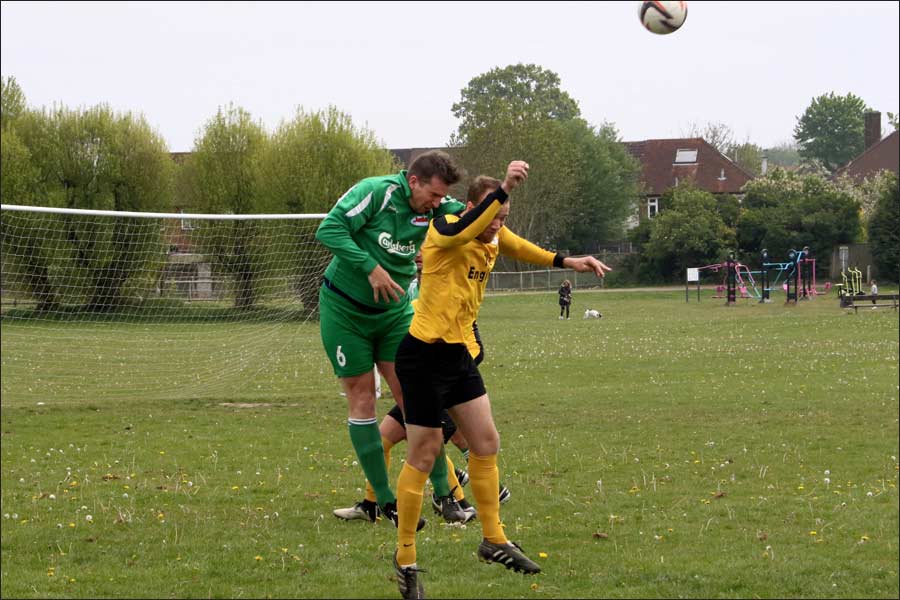 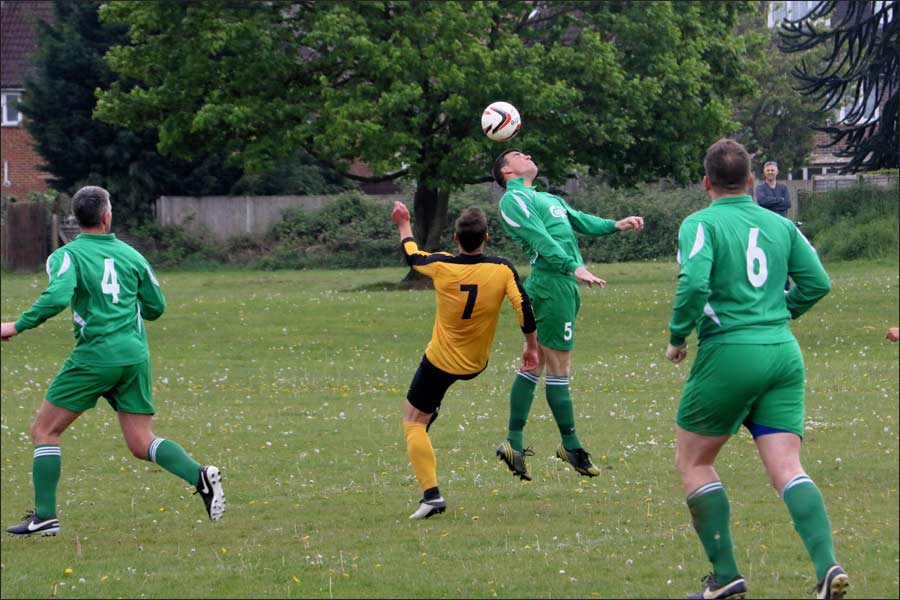 Marc Ayres – one of the original County Champs 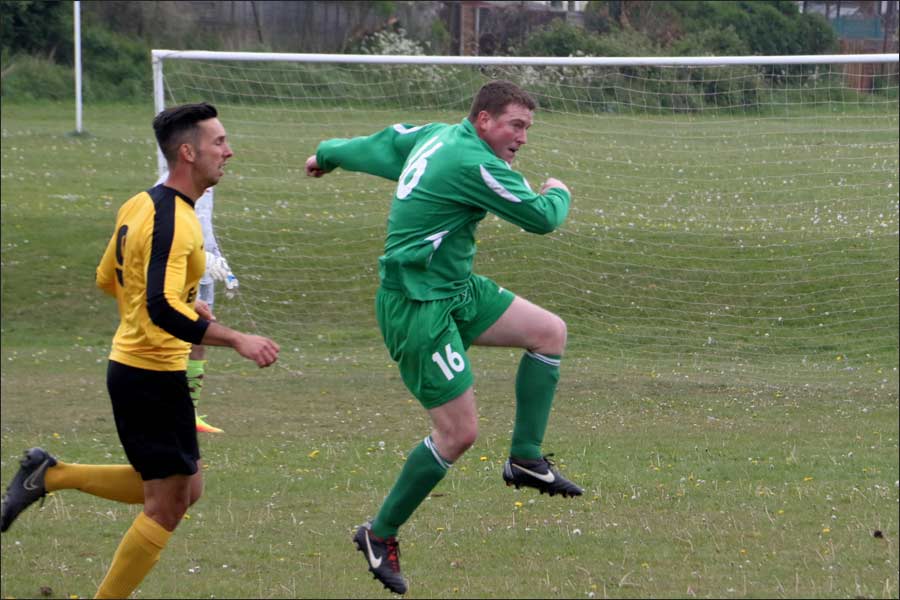 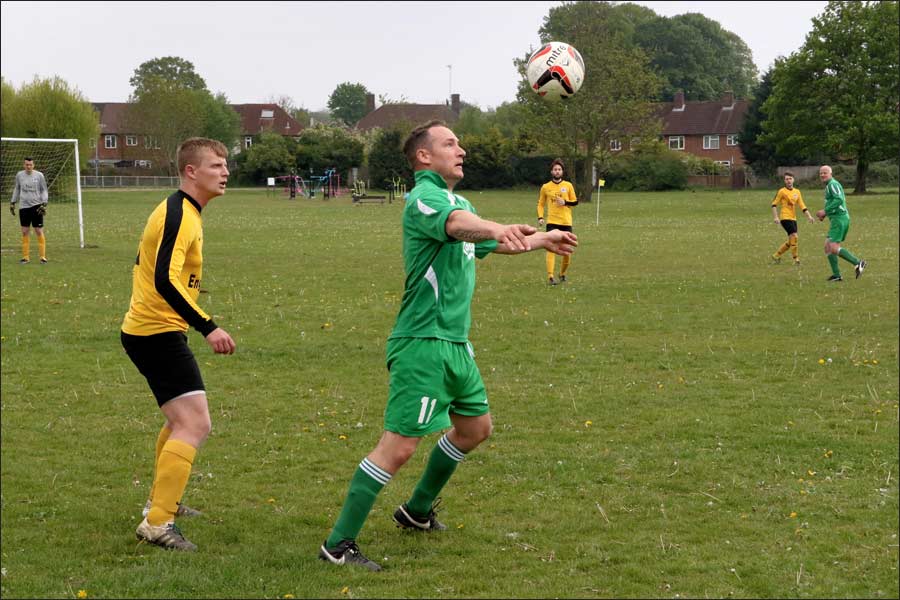 An unusual sight – JD getting told off 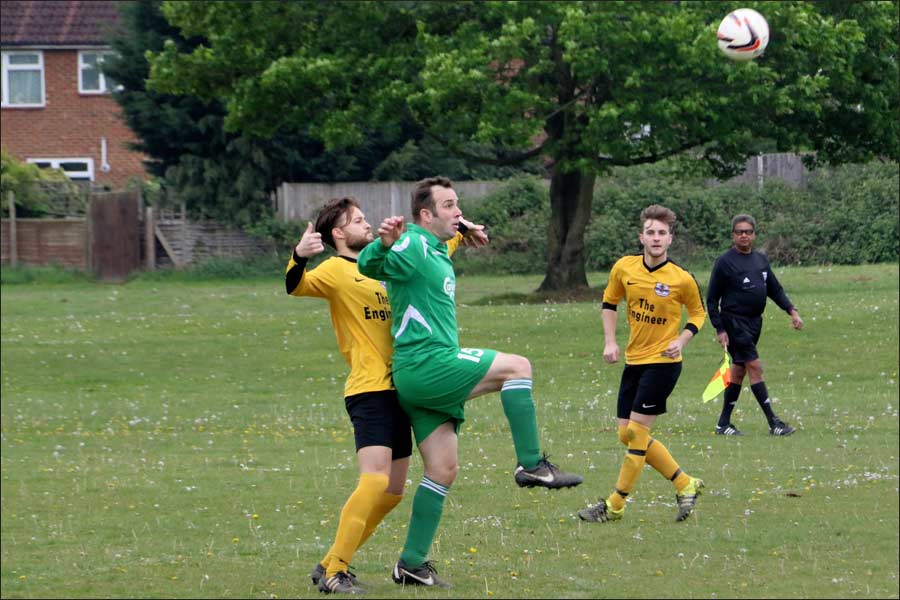 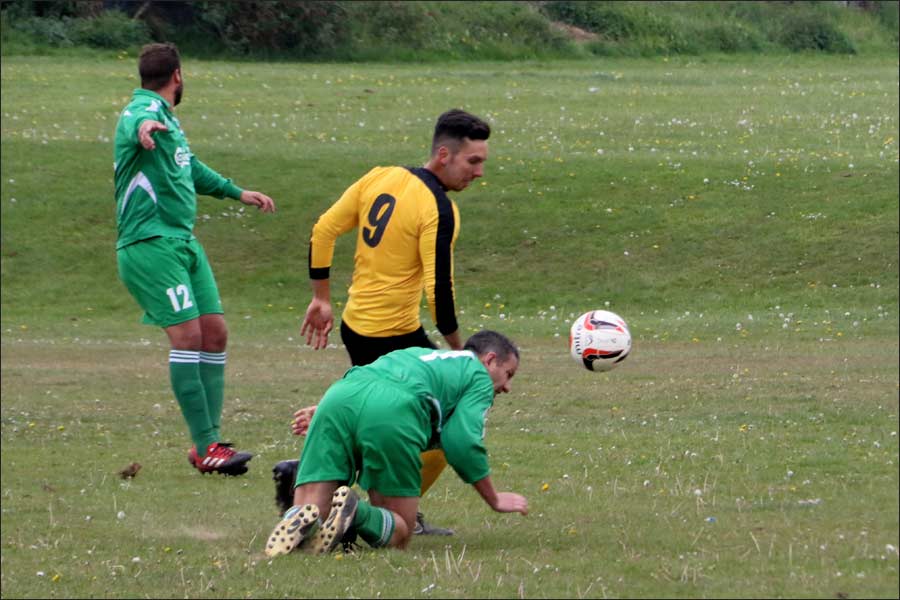 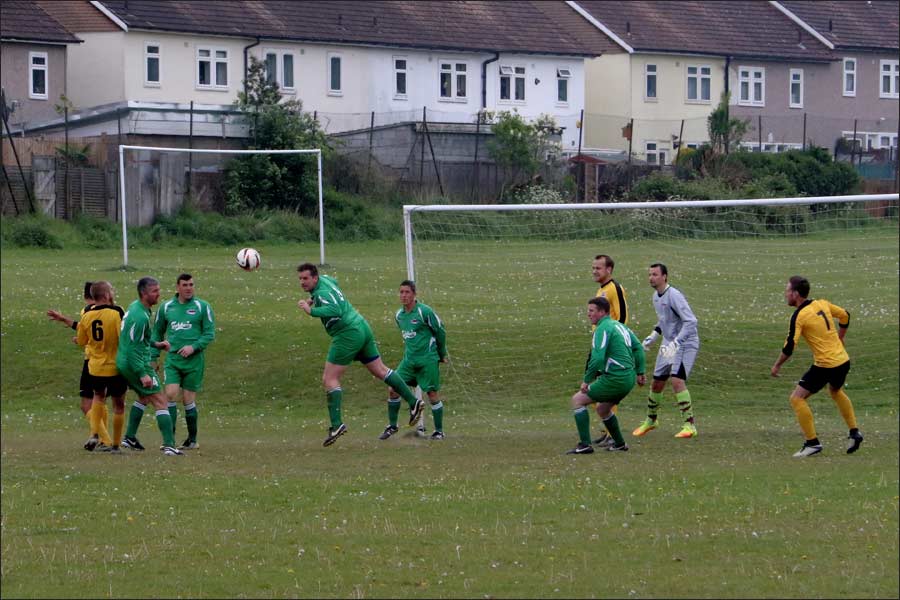