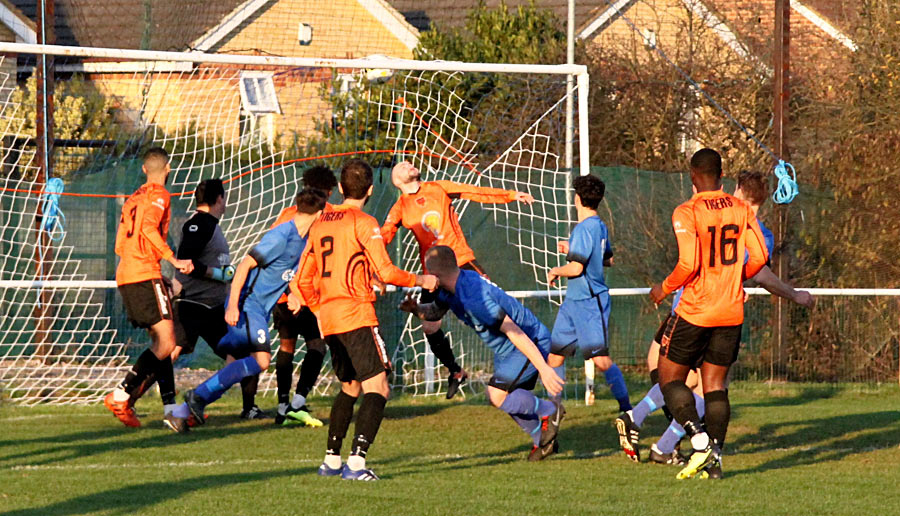 Jets did something they have not done for 21 months they scored five in a game (thanks to my statto for the info) besting London Tigers 5-0 at the Boundary Stadium. Fair play to groundsman Graham O’Brien as the pitch didn’t look as if the RAF poppy game in the monsoon was ever played on it; it was excellent today.

Jets reshuffled following a departure and lost Harry Beaumont in a fitness test with a foot injury. 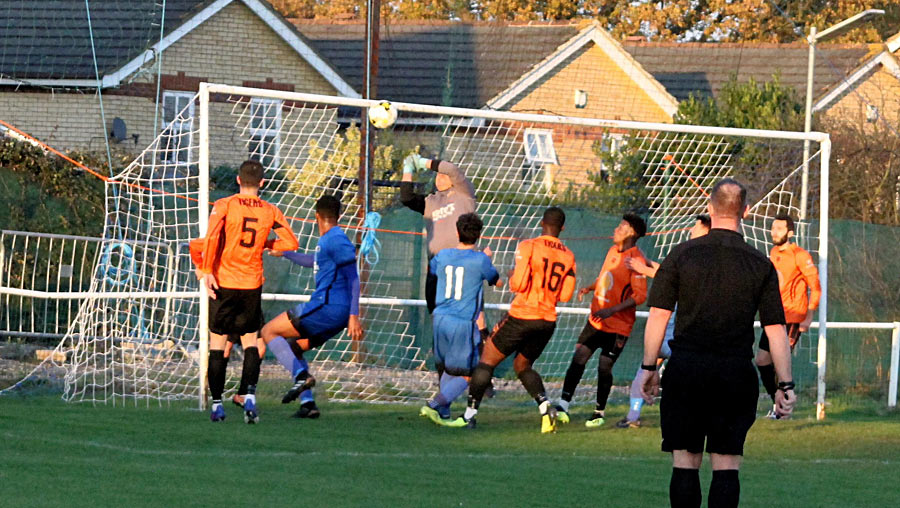 Tremendous save from the Tigers keeper 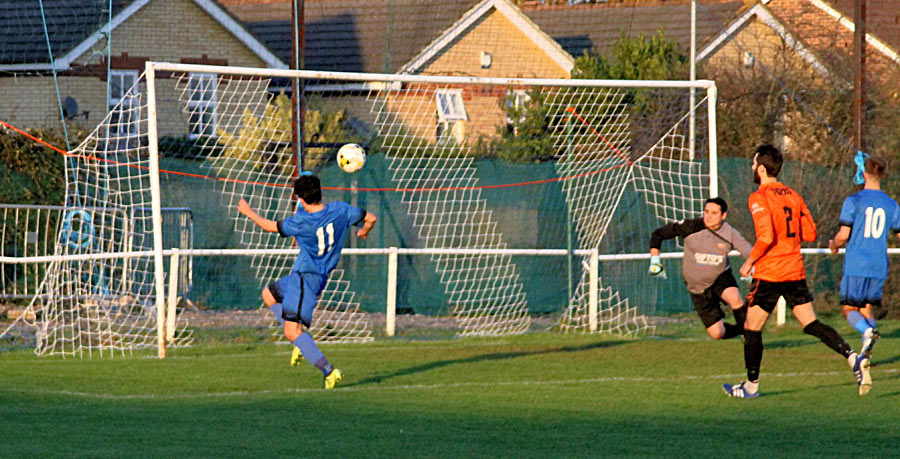 An early chance just out of reach for Sean Giordmaina

Jets started brightly and in honesty stayed that way for the whole of the first half. The Tigers keeper made save after save as Jets dominated and it was only 14 minutes in when Andy Brennan headed in a superb goal from George Hobson’s corner (who had taken a poor free kick to earn it us not realising it was part of his plan). 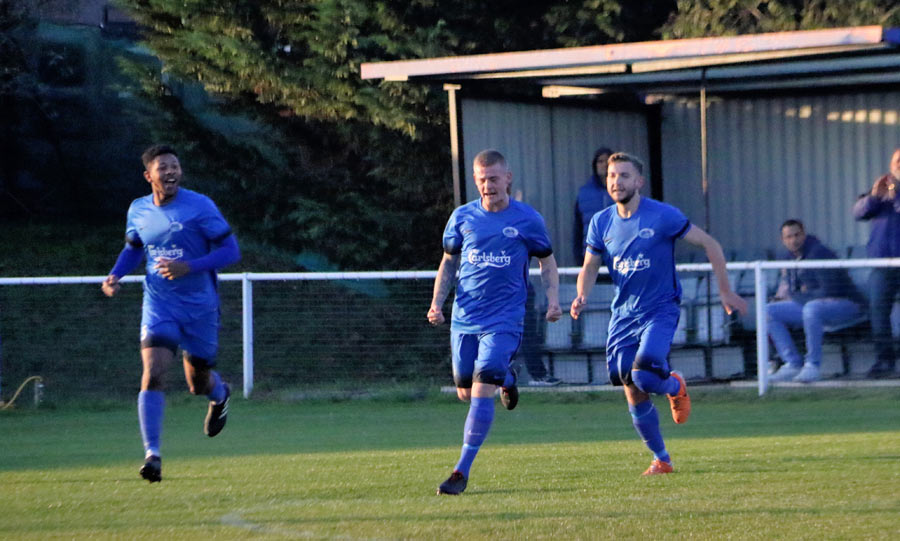 Andy back in the goals!

Jets continued to dominate, and Kerley and Jones were running at the defenders with menace but just holding when distribution could have been devastating. Nick Kerley made it 2-0 though with a good long range shot. 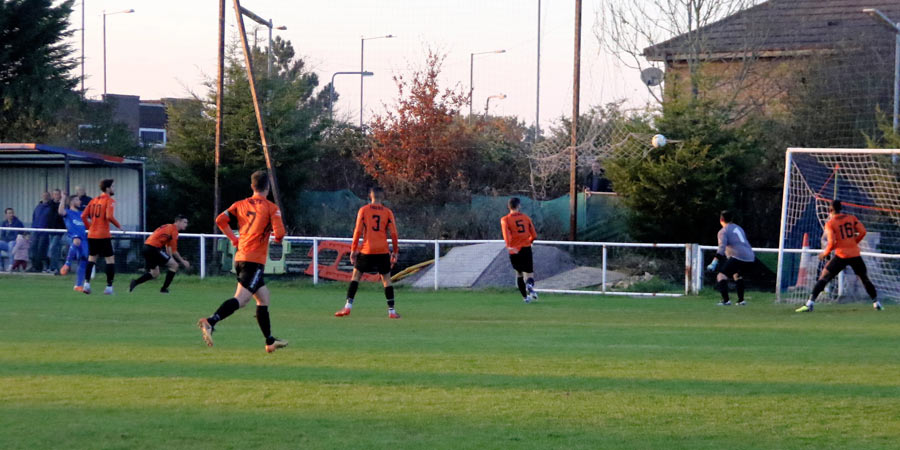 Jets goal attempts were plentiful, but the keeper was on top form, or they went out the ground, there wasn’t much in the middle. 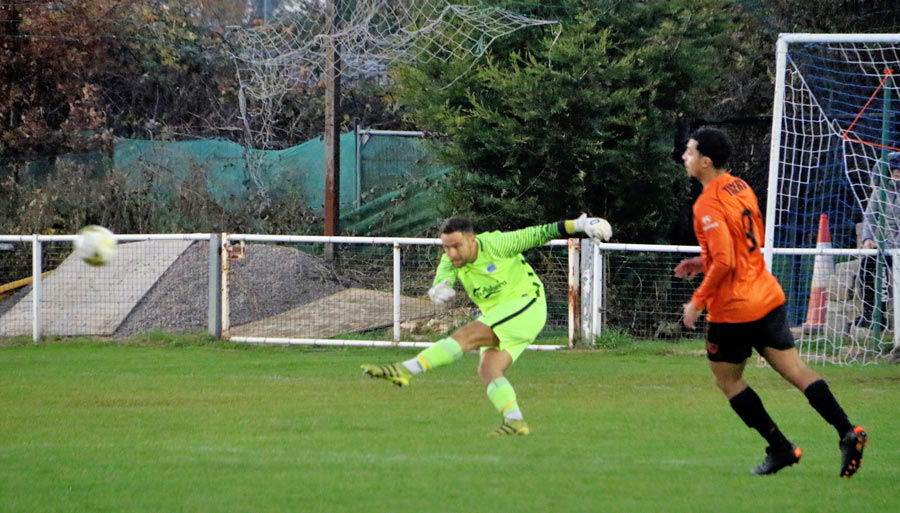 A quiet day for Matty Evans in the Jets goal, but his best save came at 0-0

Halftime 2-0 and Jets a little edgy as their dominance had not put them out of reach. 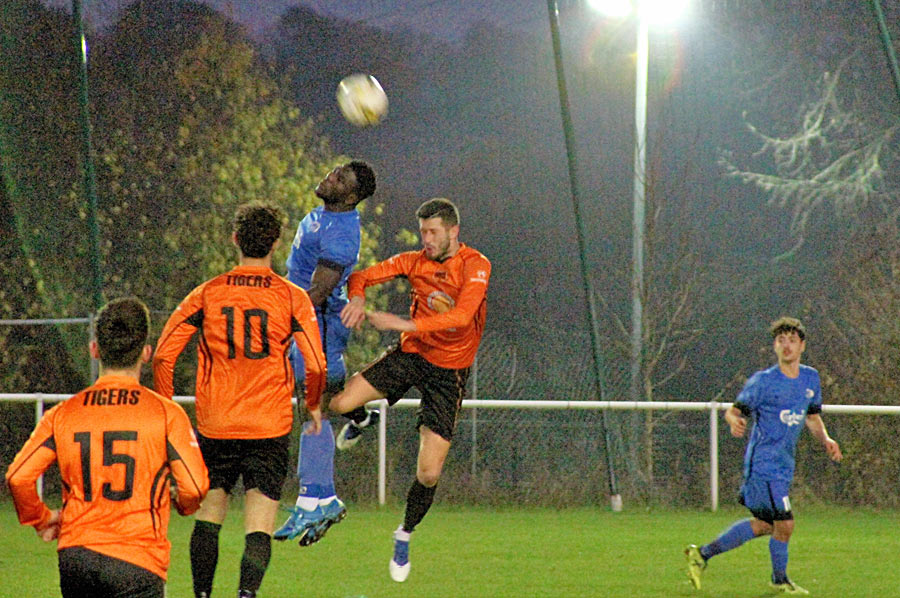 Degi came off the bench to steady the ship as Jets wobbled.

Tigers came out stronger and more organised, and the Jets seemed to either tire or got lazy. Either way, Tigers were getting more and more of the game, so manager Tim O’Sullivan responded with his substitutions putting on Deji to shore up the battle centre ground and a very young Ollie Lawford to attack the defence with Sean Giordmaina going into a more central role.

a rifle shot from Sean Giordmaina makes it 3-0

It paid off, and the edge swung Jets way, and the game looked secure when a shot on the spin from Sean Giordmaina made it 3-0 and almost straight away new signing Jordan Payne on his debut struck no4.

Debut goal from Jordon Payne as he pounces in the area 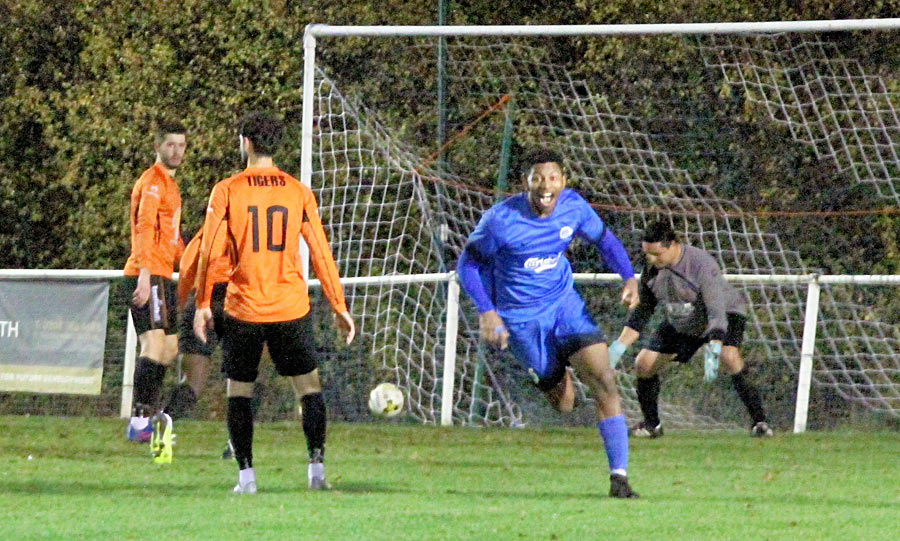 Did he enjoy that!

It was over, and both sides were playing out the final minutes when a terrible defending error rolled the ball straight to sixteen-year-old Ollie Lawford to stroke home 5-0 and get a reward for his hard work and attacking flare coming off the bench.

Man of the match had more people up for the job than Teresa may have left in her cabinet, so the list had to be cut. 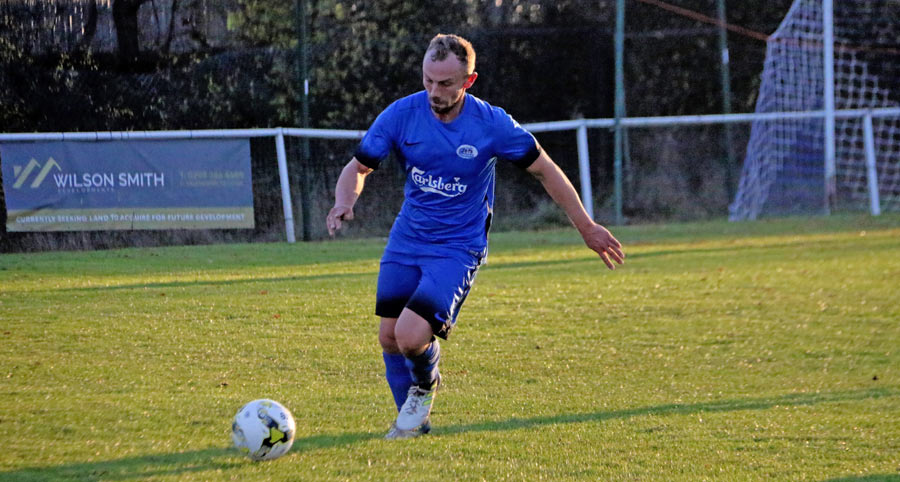 Jordan Payne on his debut was outstanding, Andrew Brennan was the old Andy, and Jamie Speer was excellent with last-gasp winners in brave conditions while Tigers were having their most active period. 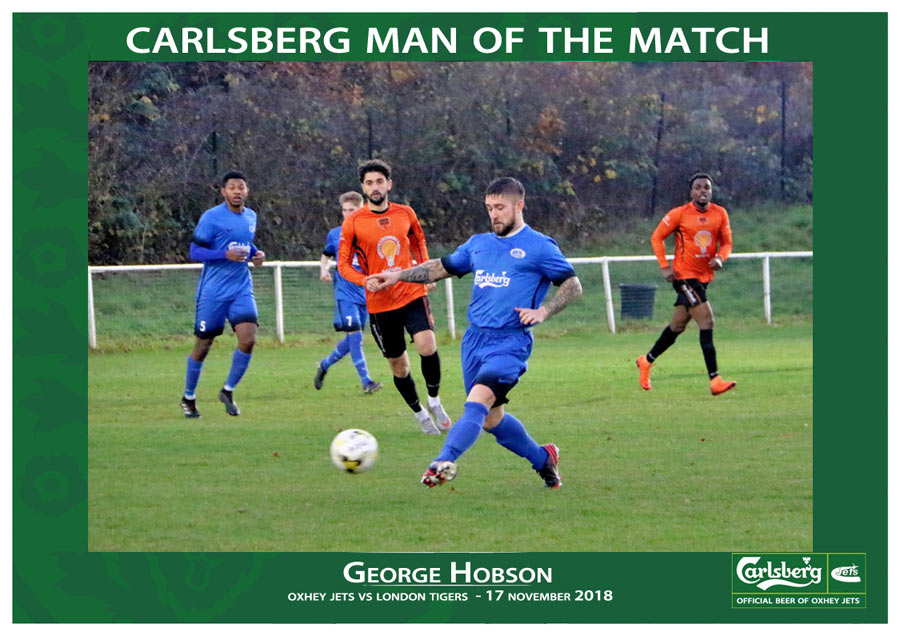 The nod went to George Hobson for an outstanding match start to finish. 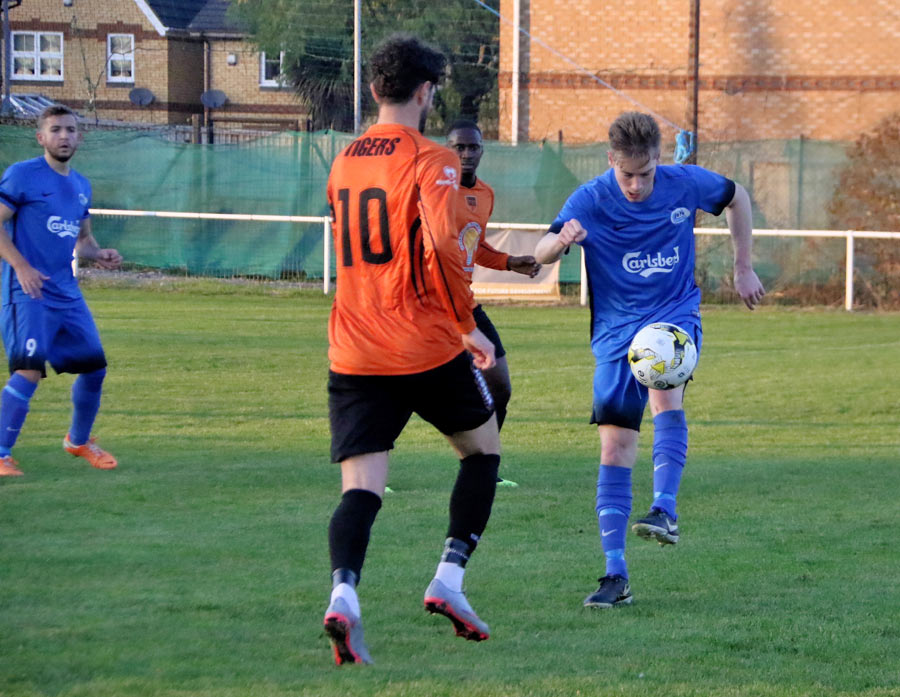 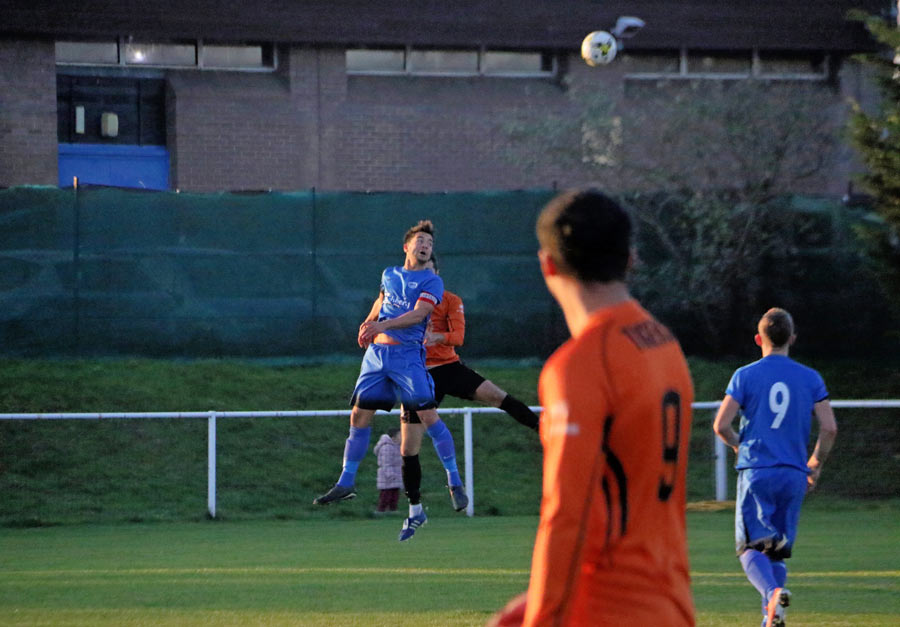 The Ref praised Jets skipper, Tom Gibson, for his help during the game. 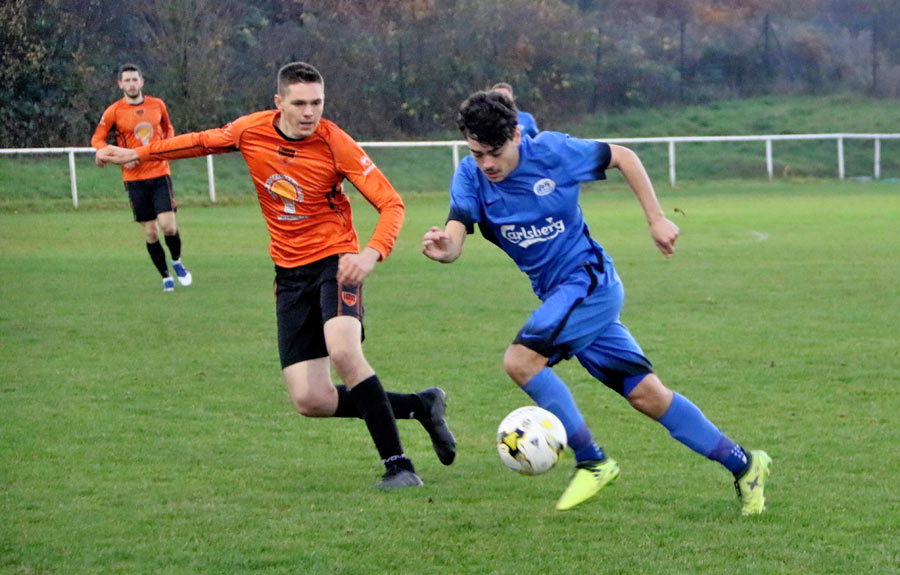 Sean Giordmaina changed positions in the second half as Jets looked to regain control of the match.