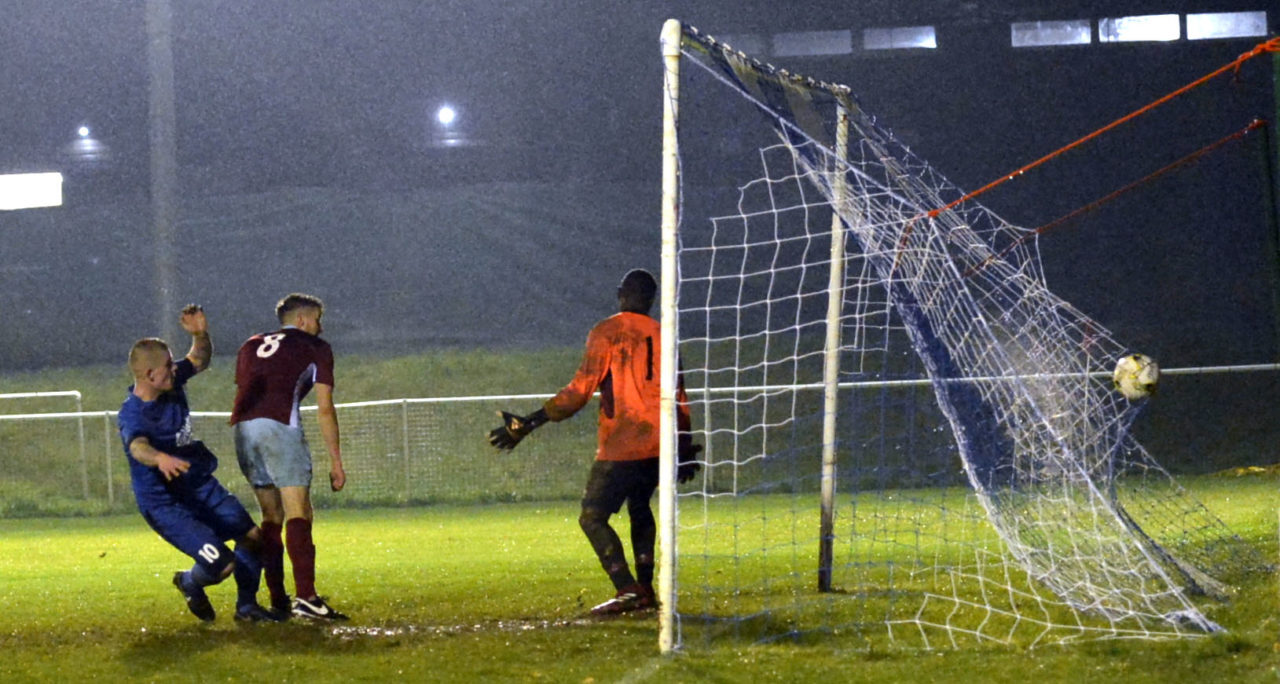 Jets Too Strong for Local Rivals 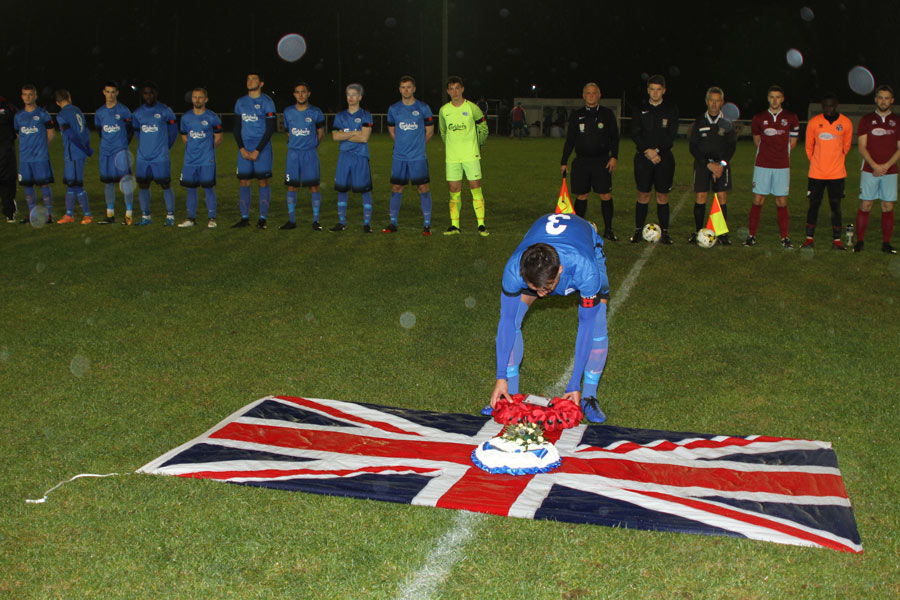 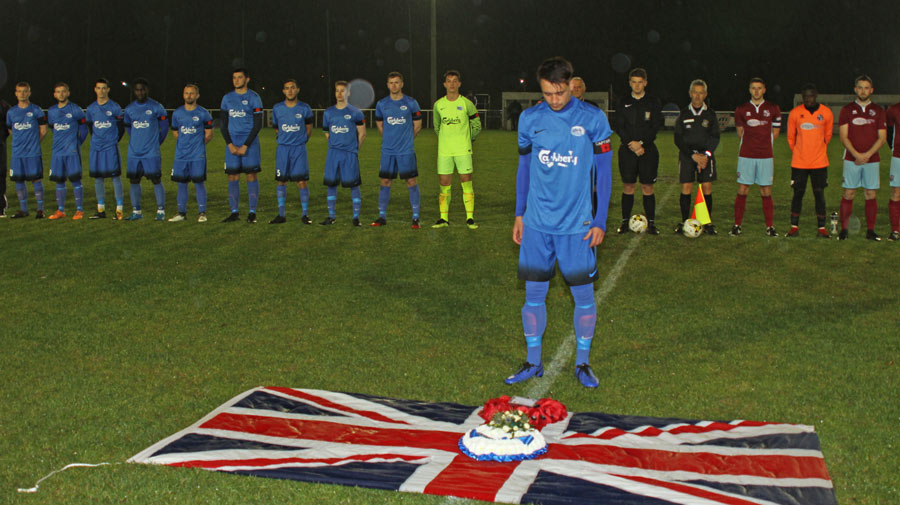 Jets and Oxhey FC stood side by side pre-match to honour and pay their respects To Tom Lake on the sad anniversary of him being killed in action in Afghanistan, we thank Oxhey Fc for the way they respected our fallen hero.

Seemingly when Jets wish to pay respects to the fallen, the heavens seem to open with tears. As on the Remembrance match against the RAF everybody was soaked through in a cold chilling rainstorm. The two minutes silence and last post were broken only by the noise of the thunderous rain, and the players of both sides and the match officials did not flinch.

Now the battle infield commenced in challenging conditions, the pitch was perfect but the wind, rain and at times hail and so so cold was a test for both sides. 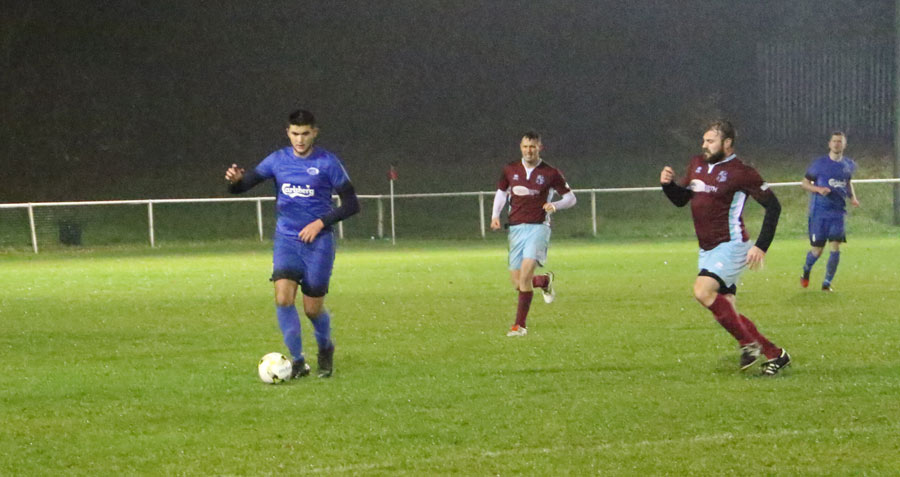 Jets made changes and a cup debut for the table-topping Reserves players Henry Marku and Drilon Ajeti in goal. The boss Tim O’Sullivan even played Gary Wallace and Deji in the line-up, and for Deji, he provided the tackle of the match to stop Andy Brennan scoring for us, managing to clear the 90 feet high net behind the goal with a shot to burst the clouds. 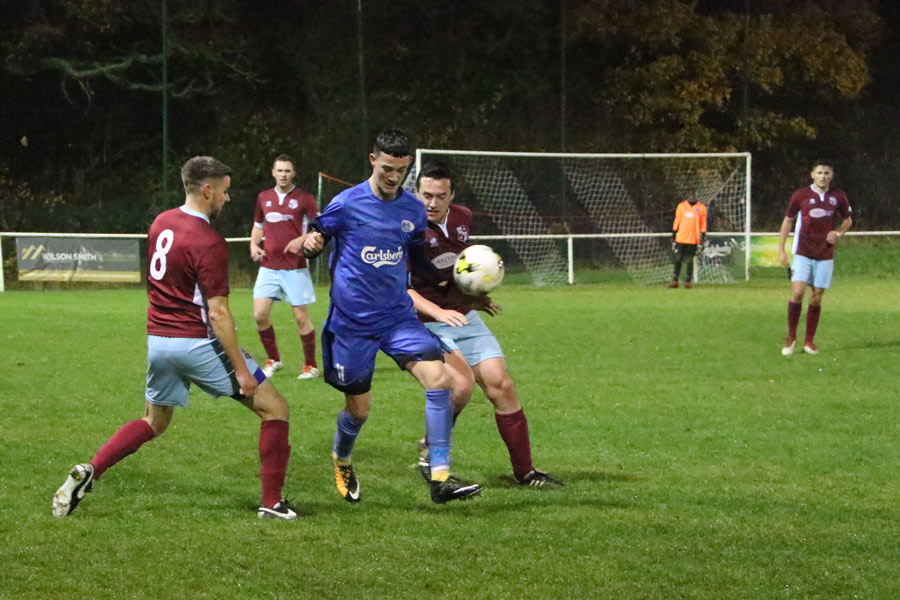 Oxhey Fc knew it was a tough ask, but they dug in and competed until their legs had nothing more to give and a great credit to them as they never gave up. 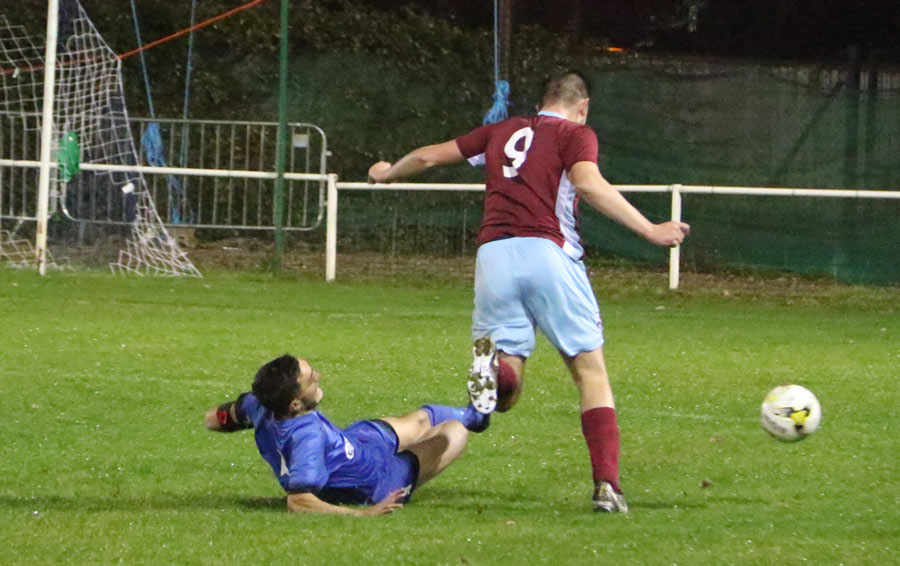 Vass cuts out an early chance

Oxhey had the ball in the net first in the first few minutes but were denied by an assistant’s flag.

Andy Brennan puts Jets into the lead in the 12th minute

It was not long, though, before Jets intentions were made clear. Andy Brennan played a one-two with a Gary Wallace ( yes really Gary Wallace !!) in a move the latter described as a “deft touch pass comparable to Ozil”. We prefer to think he obeyed Tim’s instructions of if you get the ball to give it quickly to someone who can do damage with it to the opposition !!

Nick Kerley makes no mistake to make it 2-0

Anyway, that player, Andy Brennan, was the man of the match by a country mile tonight. He excellently burned off the defenders to slot to give Jets the lead in the 12th minute.

Jets continued to apply the pressure build, and when Nick Kerley pounced on a keeper slip on 27 minutes at the back post for 2-0, it was getting hard for the visitors.

Kerley all but killed any hopes off for the visitors with a long-range dipper on 39 minutes. 3-0 at the break.

Both sides made changes, I’m sure people more than happy to come off and get in the warm, but if they stayed inside they missed the Andy Brennan demolitions game, it was an assault on goal adding a second-half hat-trick to his first-half opener to punish the visitors. 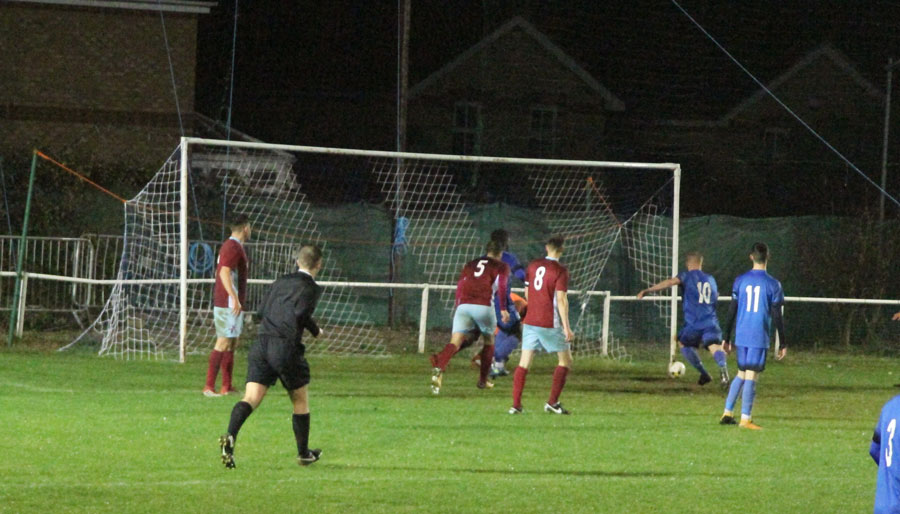 Andy Brennan pounces on an error to make it 4-0 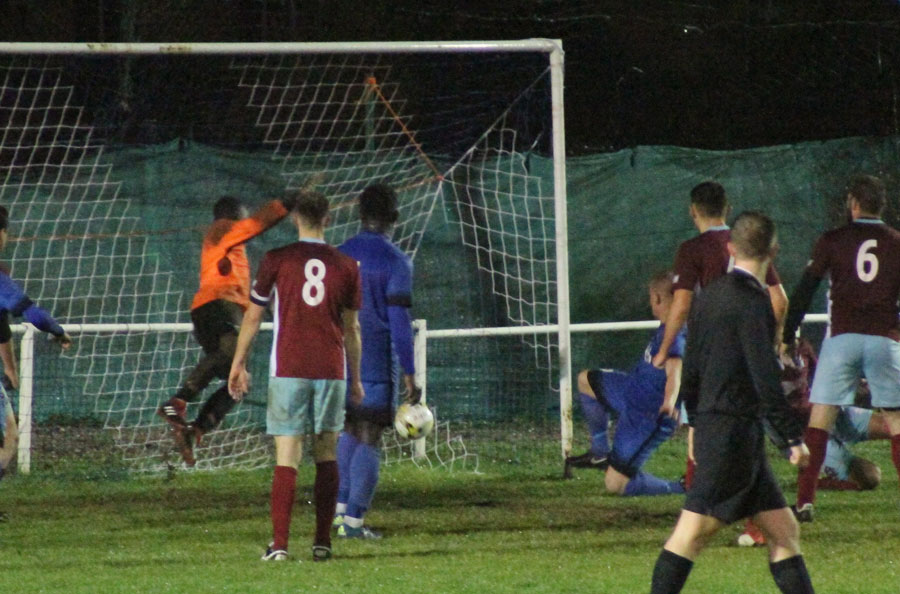 Brennan adds another to make it 6-0

The Oxhey goalkeeper did, however, make three exceptional saves to keep Brennan’s hat-trick at bay, and Deji’s not helpful tackle from behind also delayed it, until he finally pounced to get it, then added one more for luck as Jets made it eleven goals in two games to warm the home supporters. 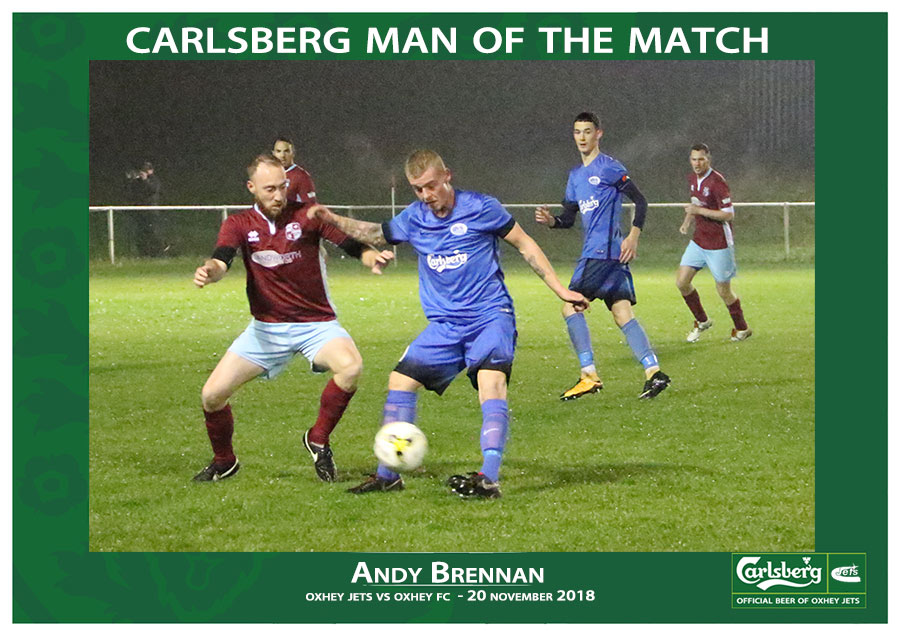 Man of the match as already said by a country mile Andrew Brennan.