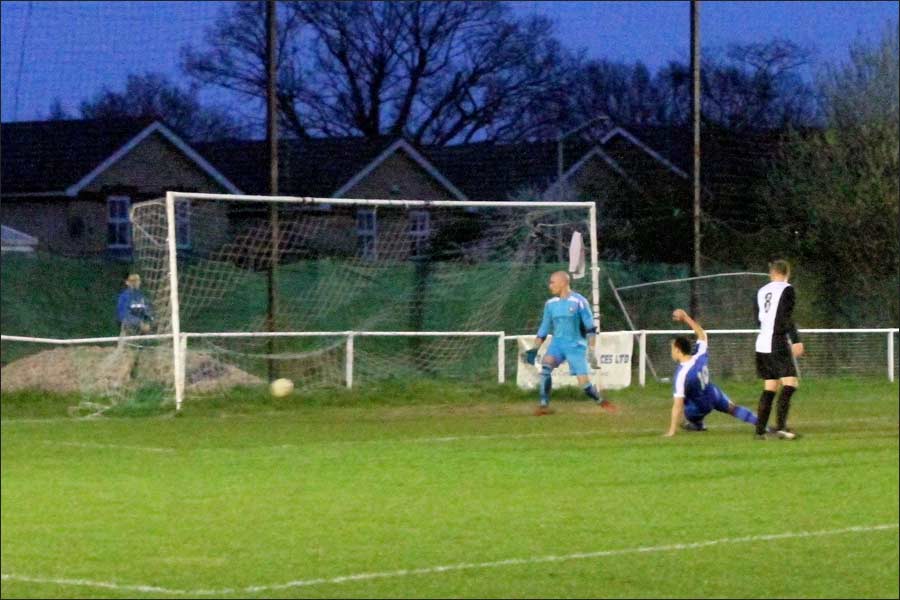 Jets got a good point in their survival fight against current form table leaders Berkhamsted at the Boundary stadium. Jets and Berko were both flying the missing man formation from the weekend’s games as too many games come too fast as it seems is normal at this time of the year, despite the league’s attempt to play earlier in the season, but forced to revamp by some short sited clubs.

Jets will rue only gaining a point, more so from the excellent first 45 minutes that saw them hit the inside of the post three times and the visitor’s goalkeeper had an excellent first half to deny Jets a deserved lead. 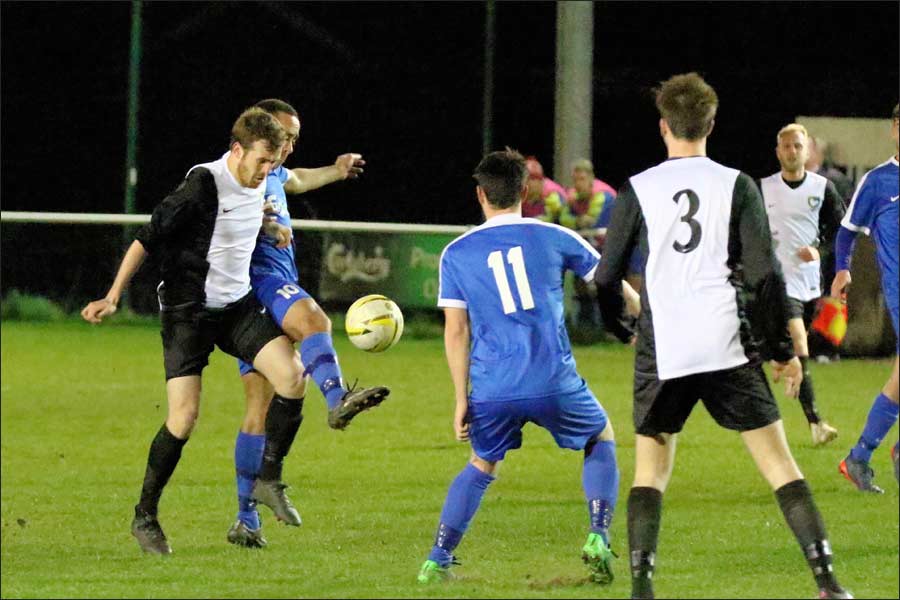 The return of John Smith and Chris Blunden has helped boost morale and belief in the side and tonight, even minus five from Saturday, it was outstanding. 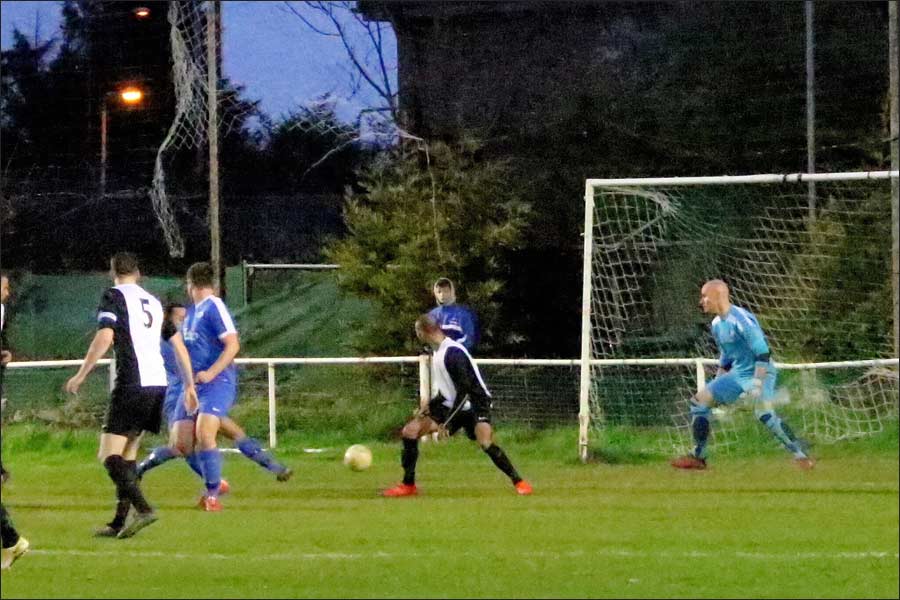 Chris Blunden (partly hidden) hits the inside of the post

Chris Blunden deflected John Smith’s shot onto the inside of the post and the Berkhamsted keeper and defence watched in relief as it rolled past the opposite post to safety (9 mins).

A super save denies Sim 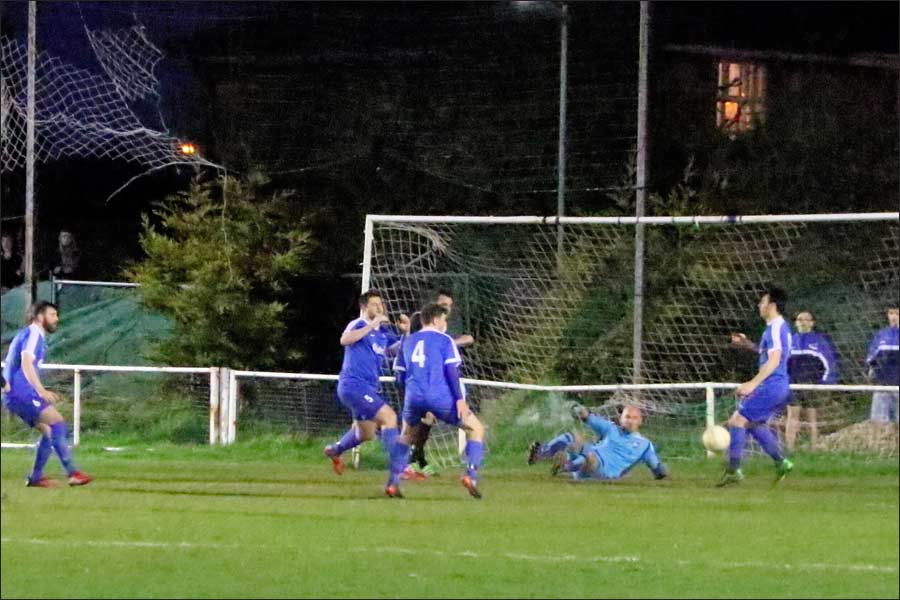 Another great save by Tasker

Sim Armstrong headed against the bar from a corner (10 mins) then Tasker in goal saved excellently from Armstrong (11 mins). Jets really were by far the better side in the first 45 and Chris Blunden again smacked the post (26 mins) to Jets disbelief. 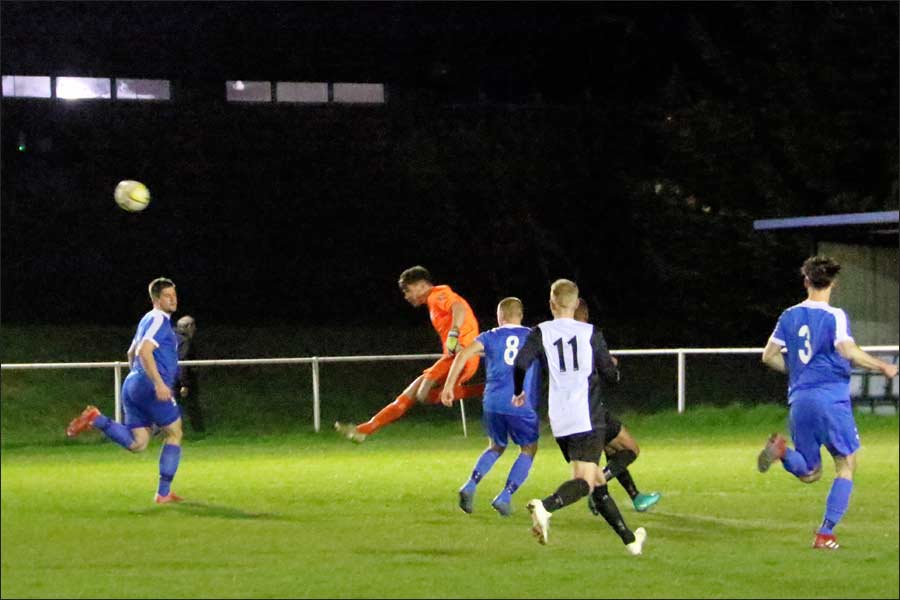 The second half was more even and favoured the in form Berko, and more than once it was the excellent Rob Partington who was out superbly to shut down the threat.

The game really petered out a little but in the final few minutes both sides had attacking moments and hoped to snatch the points, but probably the fair result on 90 was the draw. 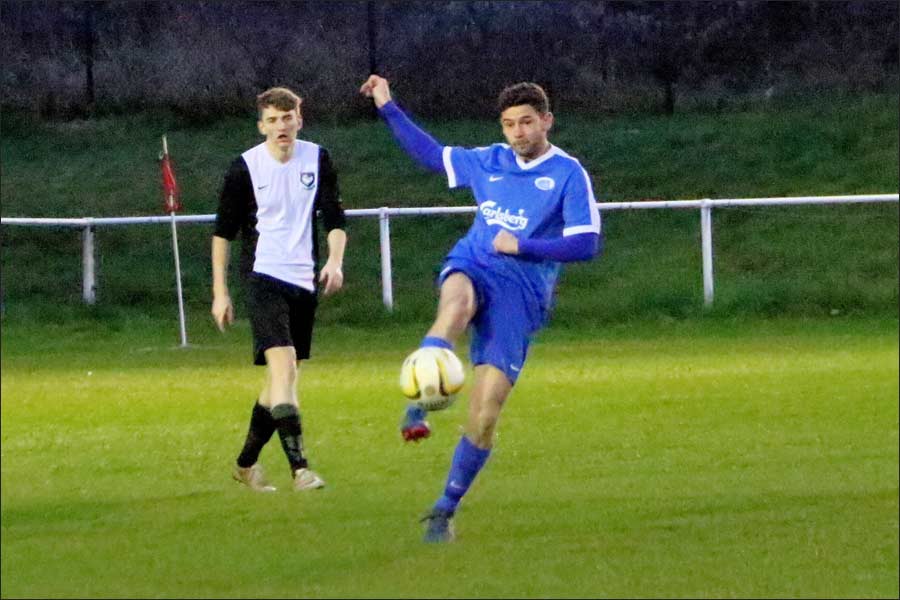 Jets man of the match and the bottle and prize from our fantastic sponsors Carlsberg went to Leigh Stevens who was outstanding in midfield and battled for the whole match.

Great job from the match officials

Special and rare moment of praise, the match officials, no cards, only one lecture each way, banter on the lines and a very good match. Yes, I’m saying that. Copy it and frame it !!!

The relegation fight is tight but Jets are showing more fight, togetherness and team spirit. At this stage of the season when every point is important this was a performance that fully deserved the point gained, and with a little more luck it could have been three. 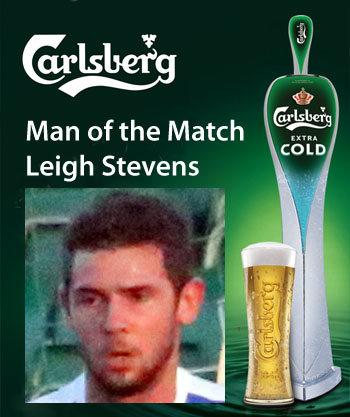 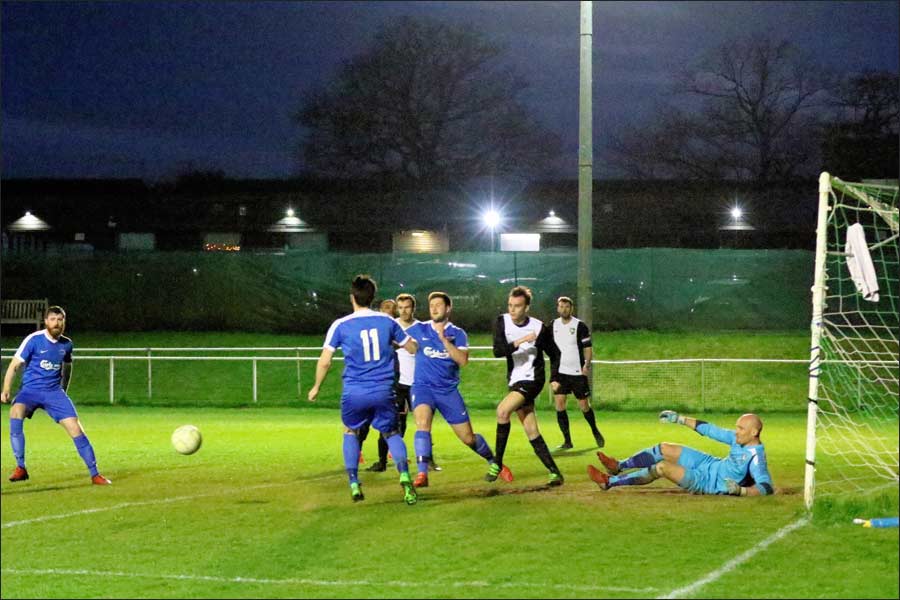 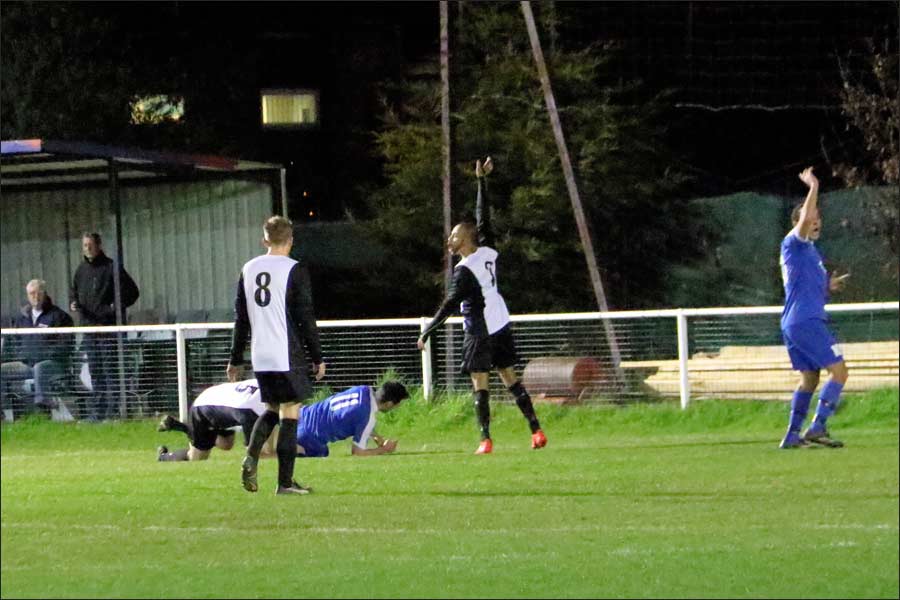 Jets appeal for a penalty – but is a weak appeal 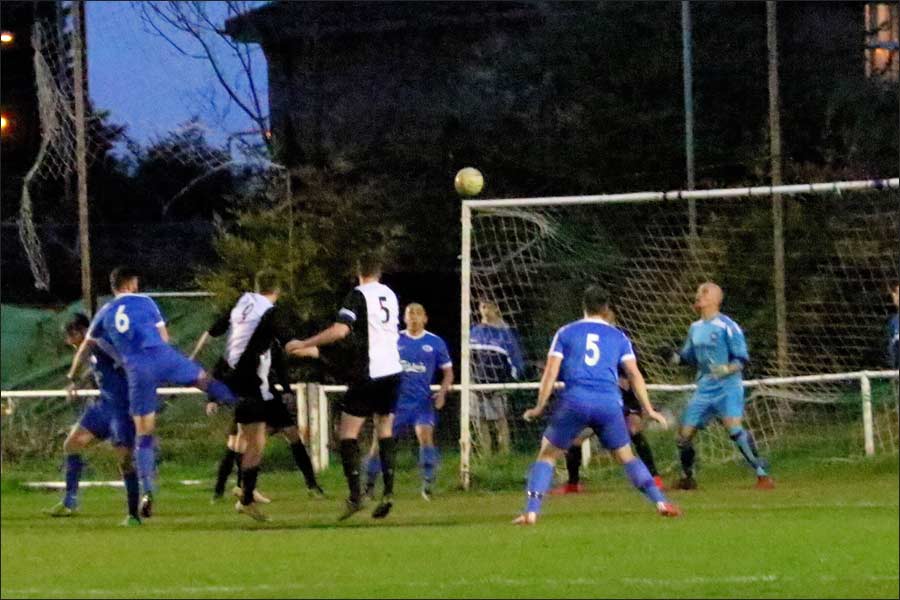