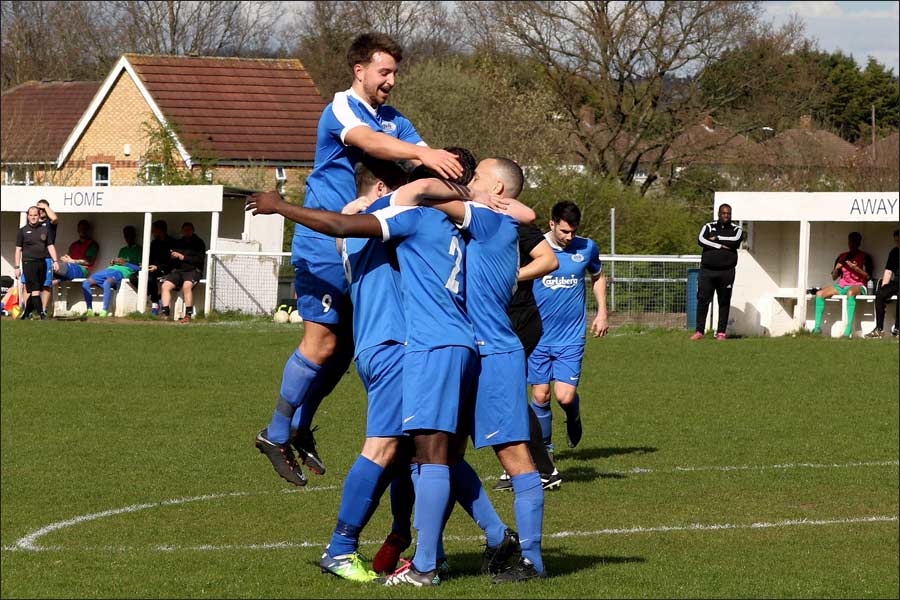 Jets eased uncomfortably to three points and the safety line with this 2-1 win over Leverstock Green at the Boundary Stadium.

These two sides have to play each other twice more in the next two weeks so Jets won’t want to have too many cautions, like the book happy official dished out today, or they might need some more players.

It all looked good at the break with a 2-0 lead and a Leverstock penalty saved, but the second yellow for Petru put Jets immediately under pressure as the ten men had to hold out against wave after wave of Levi attacks for over half hour. 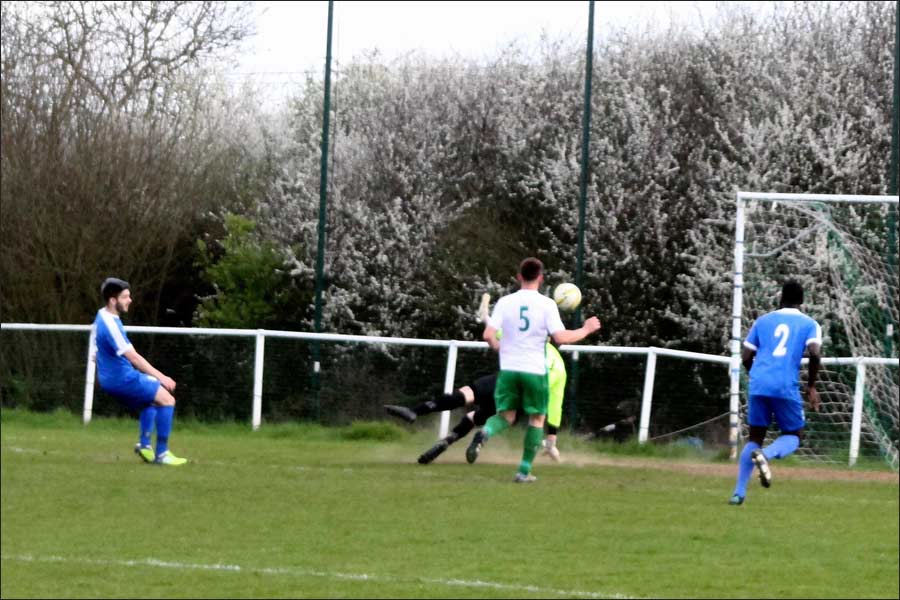 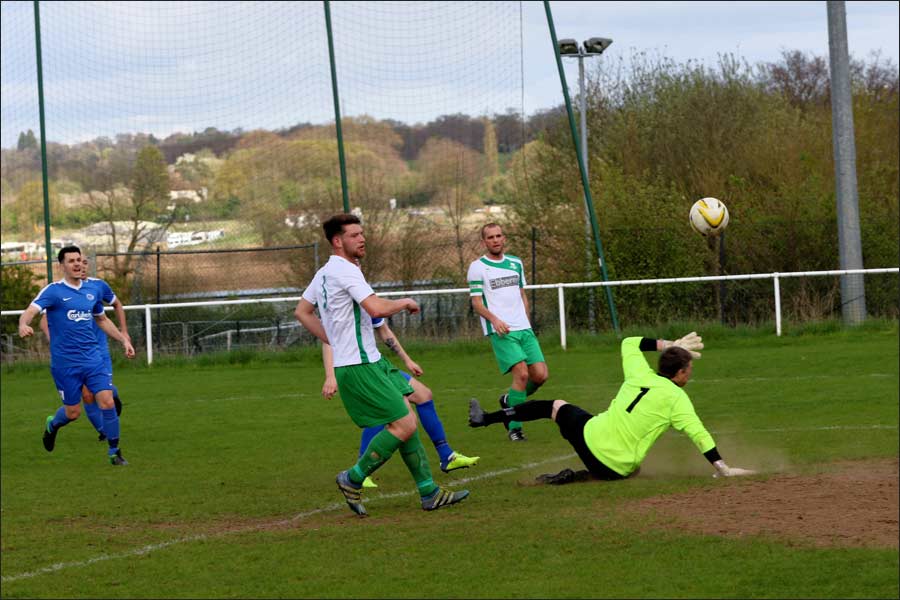 Jets opened the scoring on 18 mins when a much-deflected ball finally found Petru who shot home. The game was a thriller with both sides streaming forward in an end to end game that had goals written all over it. 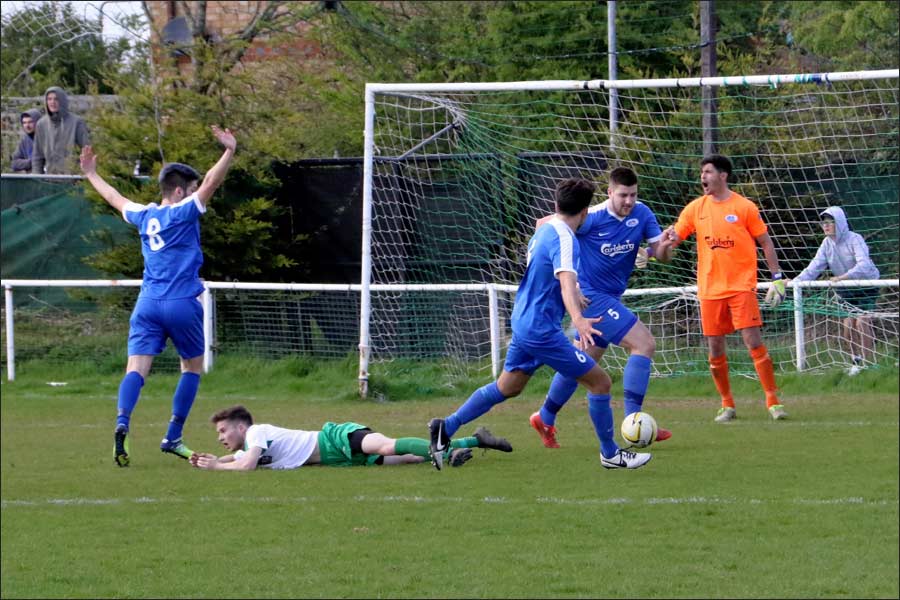 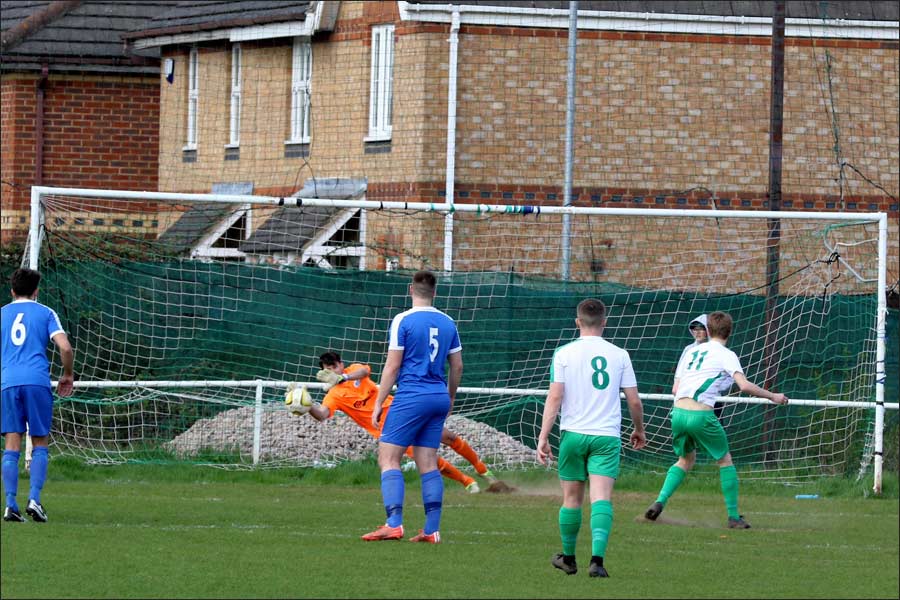 Rob saves from the spot

Great pen save and push clear

22 minutes and Petru was the man who gave away a very soft penalty and picked up a softer yellow which is annoying that a tackle that didn’t even look a penalty gets a card to double whammy the punishment, and it was to get worse later for the lad.

From the spot, however, a tremendous save by keeper Rob Partington kept Levi at bay and Jets in the lead. 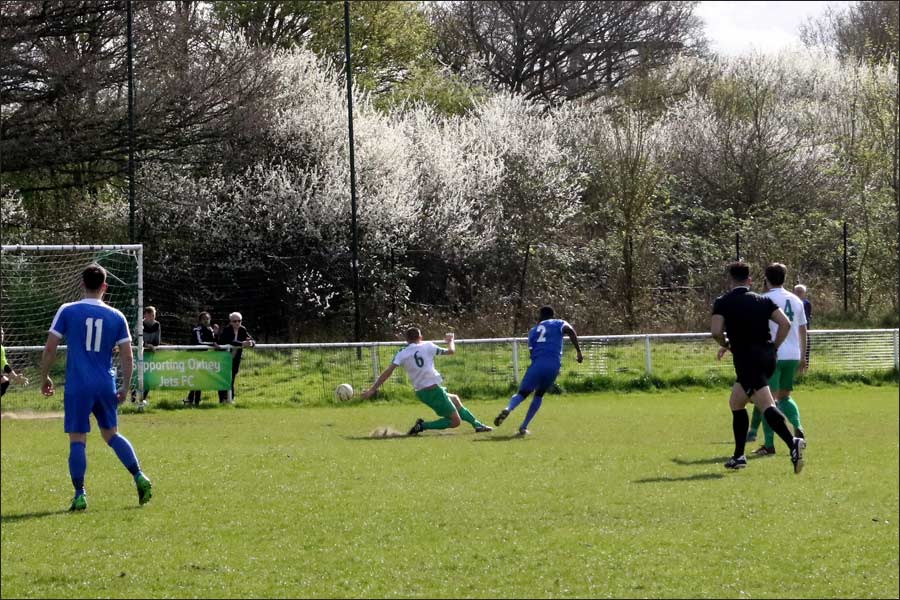 Andy Amoah gets his shot on target 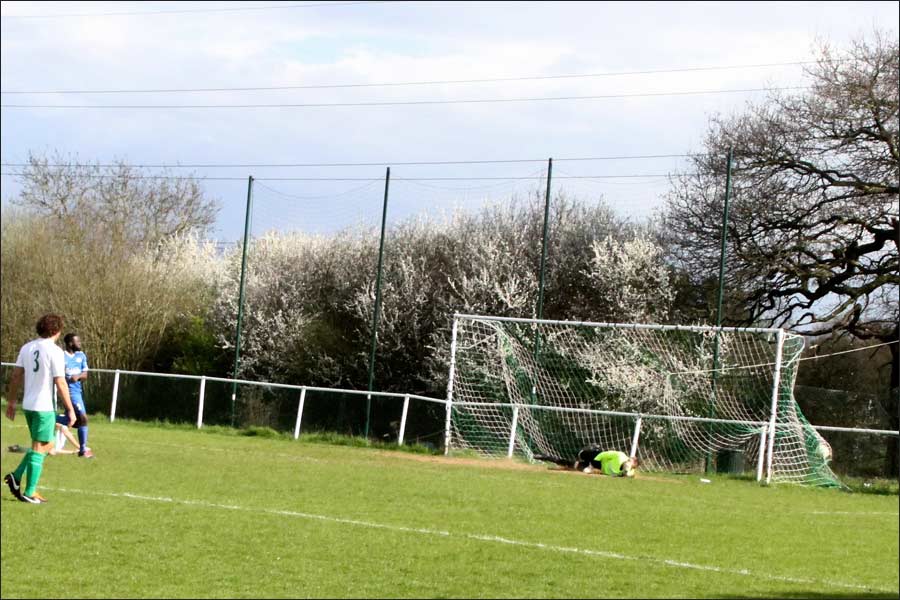 It was an exciting game and stayed at 1-0 until the very last kick of the half when Chris Blunden and Sim Armstrong superbly played in Andy Omoah to slot 2-0 and the ref then blew the half-time whistle.

It was much the same for the first twelve minutes of the second half, then Petru stood on the ball for a free kick to Levi and the visitors took a quickie and the referee blew and held up the second yellow and red for the lad who had been in everything for Jets.

It was a harsh yellow, the official not once asking him to retreat but his game today was about summed up with that incident as Jets were generally very, very unhappy with the handling of the match. 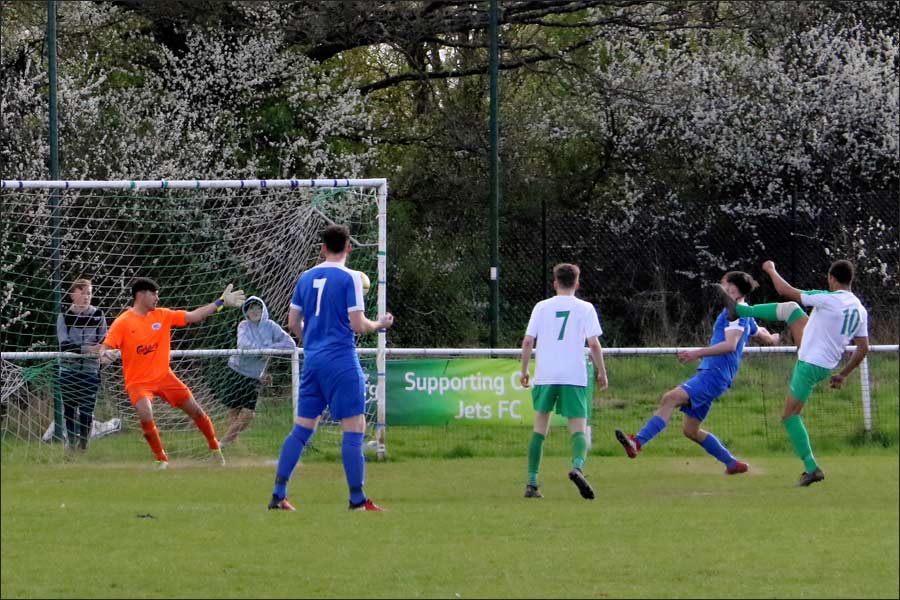 Levi get one back and pile the pressure on

It was now a battle and on 72 minutes Levi got the goal Jets dreaded, 1-2 and a good twenty at least to be played. It was now in the visitor’s hands and they came at Jets relentlessly. Jets countered on the breaks, sometimes going for goal, others for the corner flag as relegation points are the Jets main aim at the moment.

Sim Armstrong let rip from 25 yards and rattled the crossbar, the same goal hit three times on Tuesday night. Then it was disbelief as John Smith hit the inside of the post and again it stayed out. This goal needs an exorcism done on it to ease Jets fear of the haunted goal.

Jets held Levi out and played the clock down. They had a slice of luck when Levi had three corners and on the final attack hit the post and the referee blew full time and three very, very valuable points for Jets. 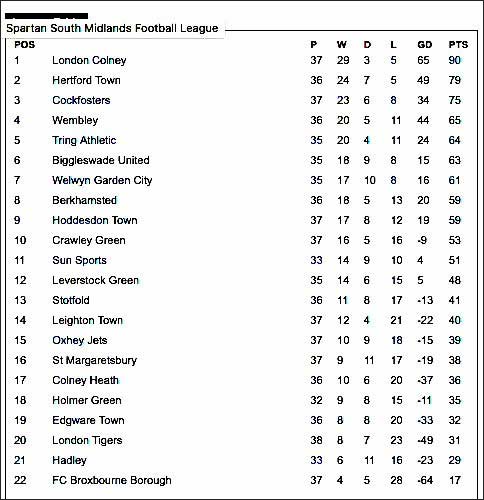 The table for Jets looks much better with three wins, a draw and a defeat in the last 5 games, now one more win will see Jets past the line and safe mathematically. 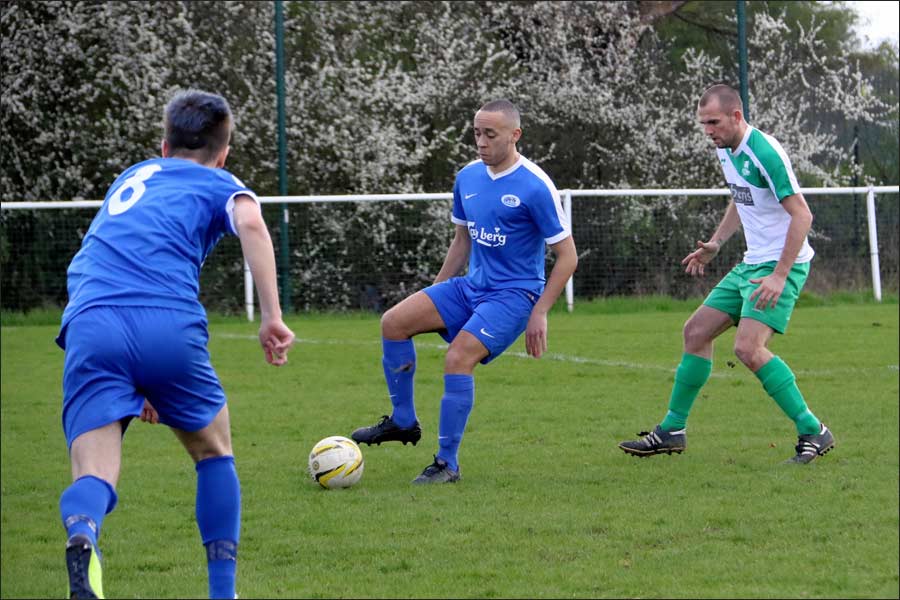 Chris Blunden has made a big difference 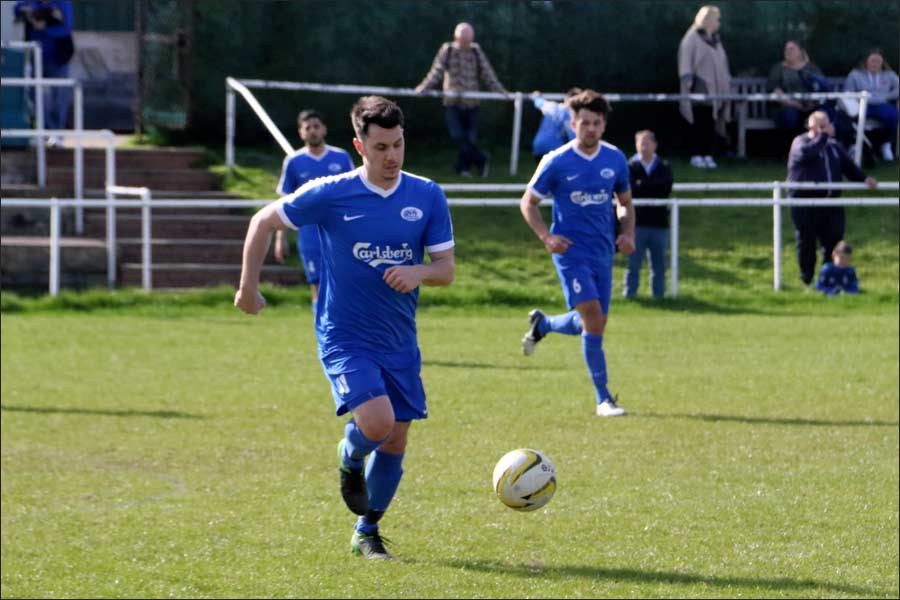 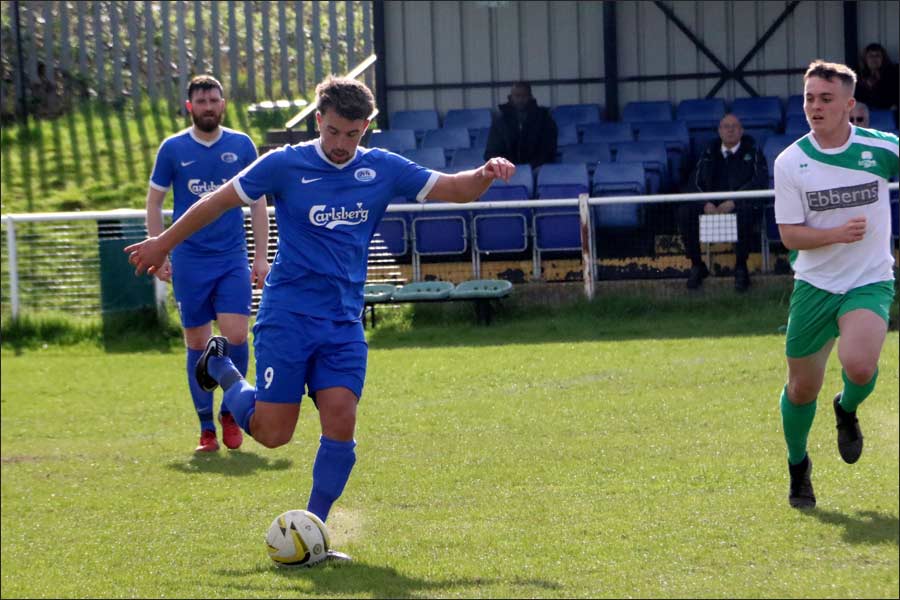 John Smith picked up the Carlsberg Man of the Match Award

The Carlsberg bottle and prize went to John Smith who was working his socks off all the game and steering Jets home.

Almost there is how we are looking at it. 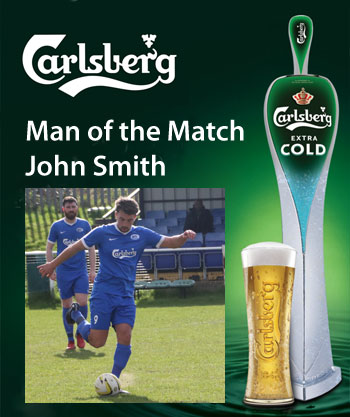 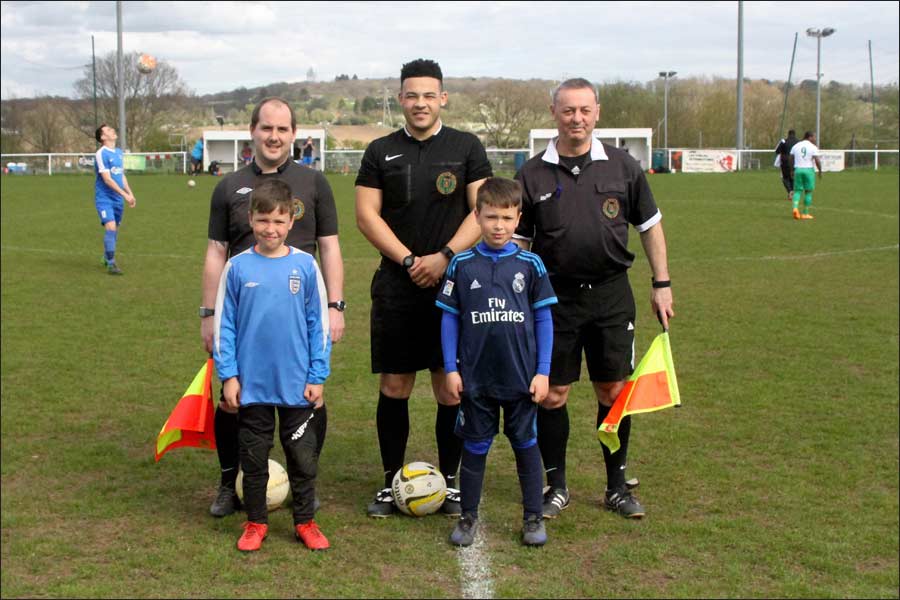