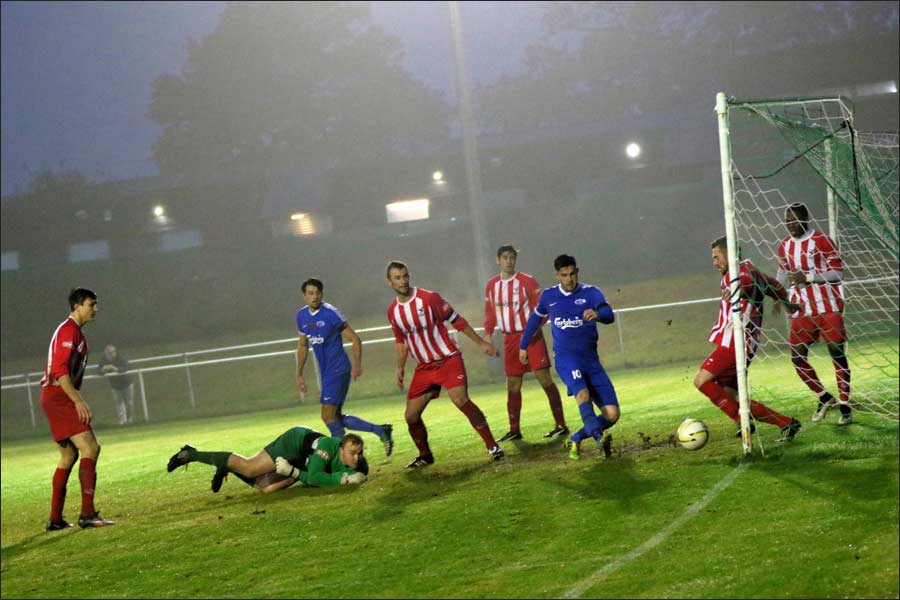 Jets and Leighton Town were joined by Match Officials, the Royal Marines Veteran & also Hertfordshire referees Chairman Fred Weaving and the Royal Marines Bugle call of the Last post that eerily echoed around the Boundary stadium in a magnificently emotional tribute to Jets fallen footballer Tom Lake and of course the Heroes of this country supported by the Royal British Legion.

Jets, who also wore shirt poppies and black poppy armbands along with Leighton Town and the match officials, laid both poppy and a Jets blue and white wreath simply labelled ‘Oxhey Jets Tom’. Following the last post the Royal Marines Veteran took the salute, a minutes silence was observed and the full gate money from today’s match plus extra donations were put straight into the poppy tin.

The referee was superb allowing a few minutes extra to warm up after the fantastic respects as some players admitted being moved by the Jets organised ceremony.

When the match kicked off Jets put on a real sparkler after a dreadful run of results since the injury to keeper Rob Partington, who it was brilliant to see today, here taking part laying the Jets wreath on behalf of Jets boss John Elliott BEM and the club.

Boss Stedman’s patience had run out and after appointing a new assistant Kevin Lawrence he brought in three new debut players to boost the side and made it clear in a pre-match rallying talk that his tolerance with pull outs and training was over.

Jets took just three minutes to grab the lead when a corner was headed on by Sim Armstrong who netted via a deflection. Jets looked buoyant today but it was the visitors who responded with a cracking pass that opened the Jets defence like a tin opener and was calmly slotted 1-1 (12 mins).

Jets, in their first ever game against Leighton Town, were at the visitors and Jets owner Elliott was desperate for a result as it was him and his Watford contingent versus the rest of his family who are all ‘Buzzarders’.

Jets attacked and attacked and to a man were buzzing, Nathan Pooley moved to full back was outstanding buzzing up and down and debutants Jake Kissiedu and Patru Cosmin were a real handful.

Adam Lowton went one on one with the Leighton keeper and was taken down, yellow card for the keeper and Sim Armstrong slotted 2-1(15 mins).

Jake Kissiedu then belted in a superb low ball that was turned into the net for an OG (34 mins) and Jets were truly unstoppable with flowing football that was a joy to watch.

Sim Armstrong then smashed home a 25 yard bullet for the goal of the game and his hat-trick (44 mins) and Jets were surely home at the break. HT Jets 4 Leighton Town 1

Jets were not home and a stunning turnaround saw Town fight back from the dead, after Adam Lowton turned poacher to snatch a great nick for 5-1 ( 60 min), scoring two in two minutes to make it 5-3 with only 64 minutes gone.

Jets threw on all their three subs, Dan Bourne to add attacking options as Jets legs were tiring, Ian Hurst for the midfield shuttles and Dan Taylor to steady the defence. The following half hour was an end to end ding dong and what a credit all three teams were today, to the league and to the public from start to finish. Jets changes worked and they secured three good points.

The following half hour was an end to end ding dong and what a credit all three teams were today, to the league and to the public from start to finish.

3 mins: Sim Armstrong heads Jets into the lead from a corner. 1-0

15 mins: Adam Lowton is brought down in the area, Sim Armstrong converts from the spot. 2-1

60 mins: A close range finish from Adam Lowton after a Jets corner.5-1

65 mins: Leighton follow up with another quick goal and Jets have to solidify to maintain the win. 5-3 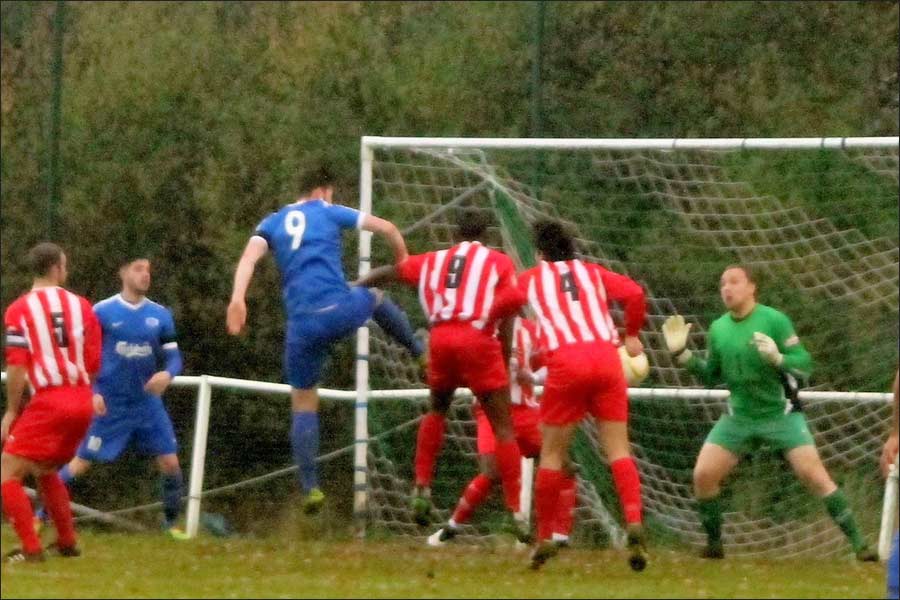 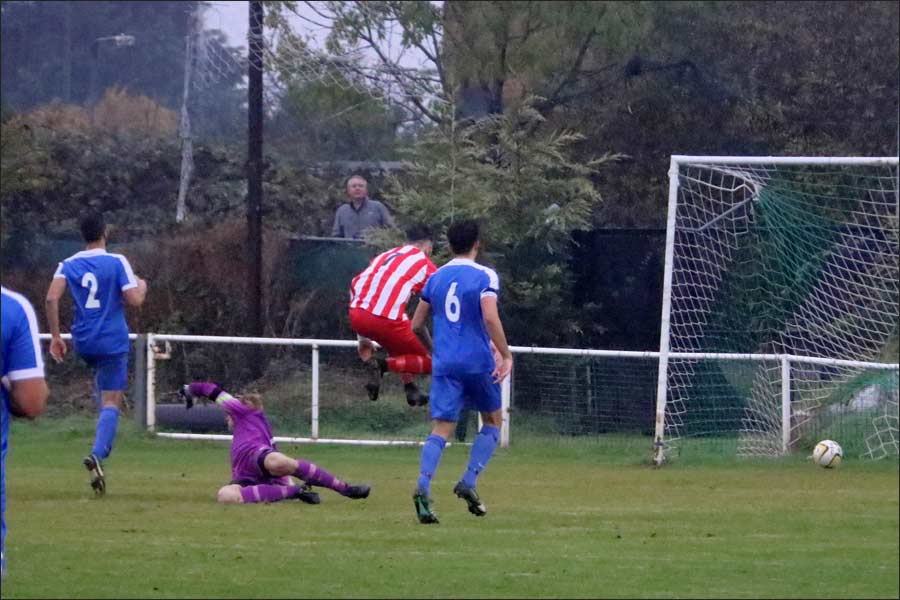 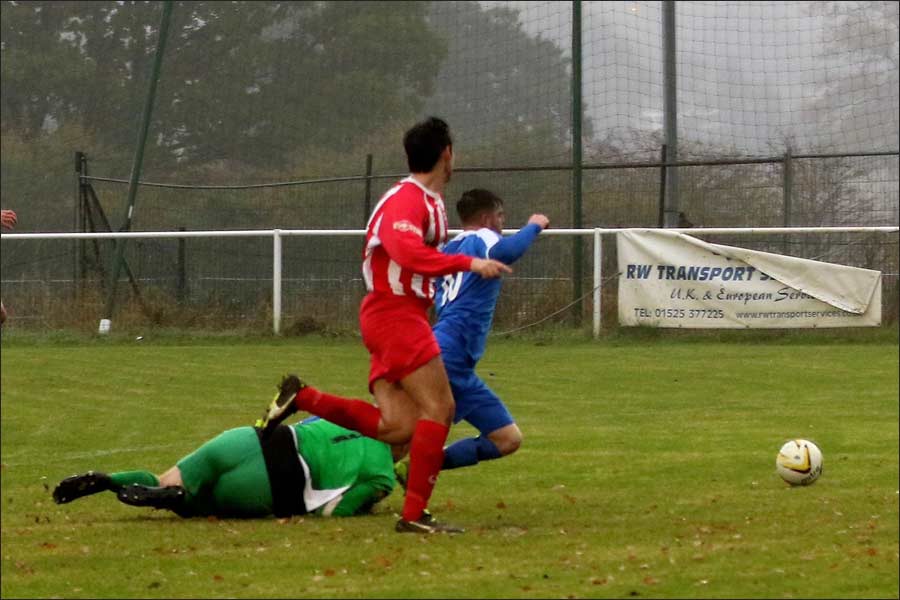 Adam Lowton is taken down in the area 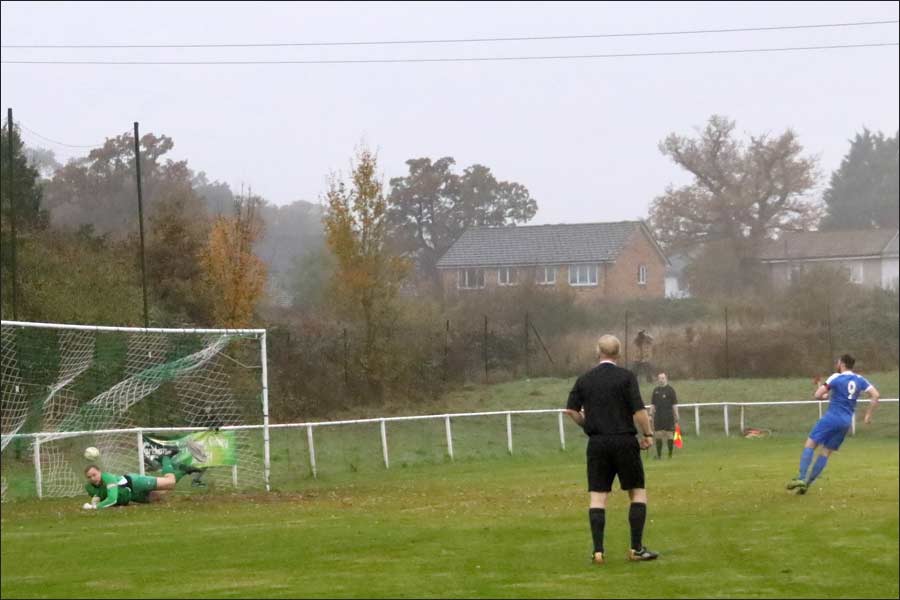 Own Goal from a Leighton defender makes it 3-1 Jets 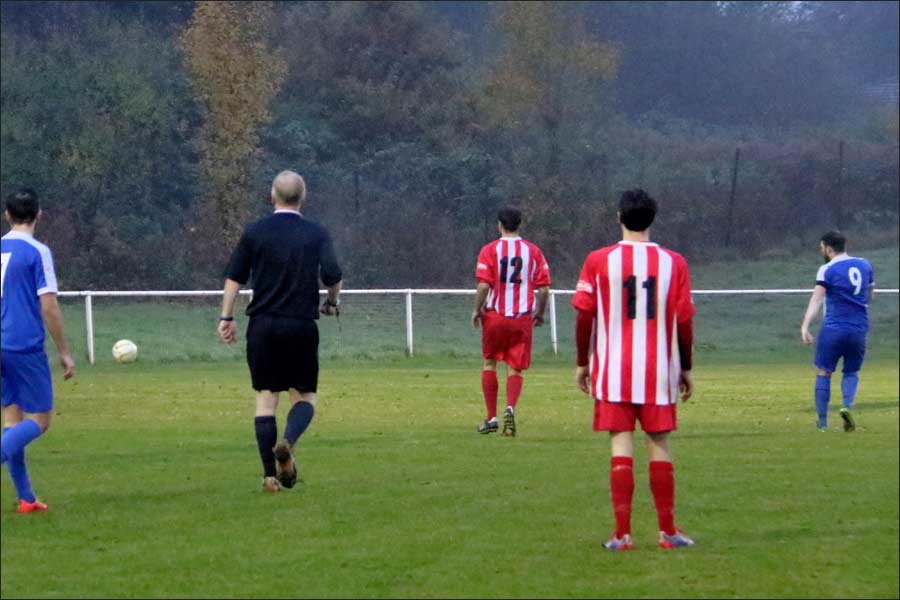 Sim Armstrong fires a rocket of a shot for 4-1 just before half-time. 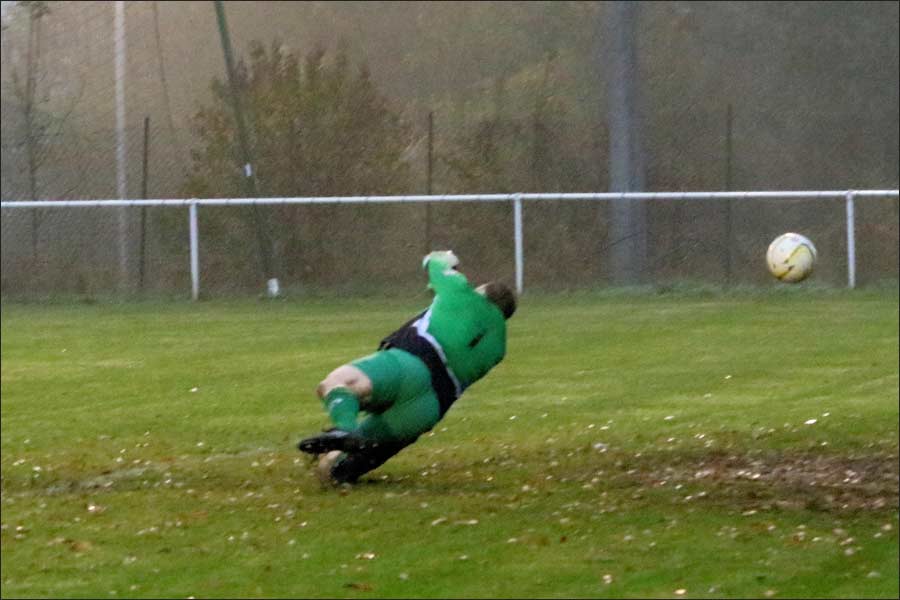 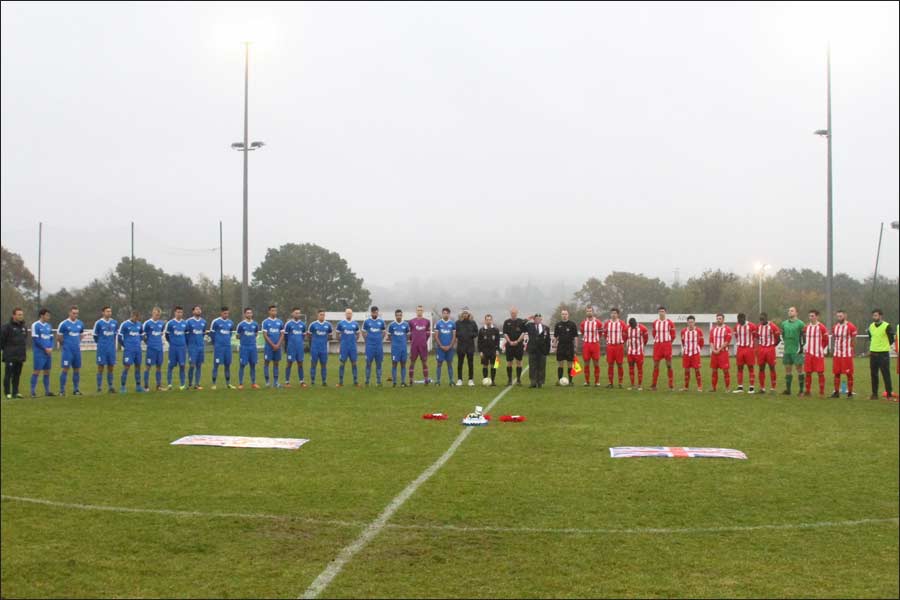 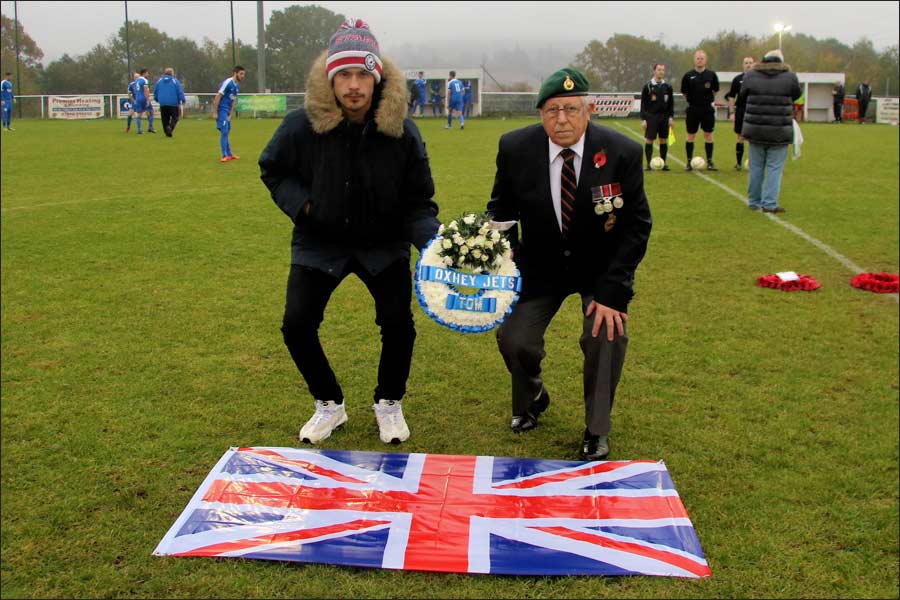 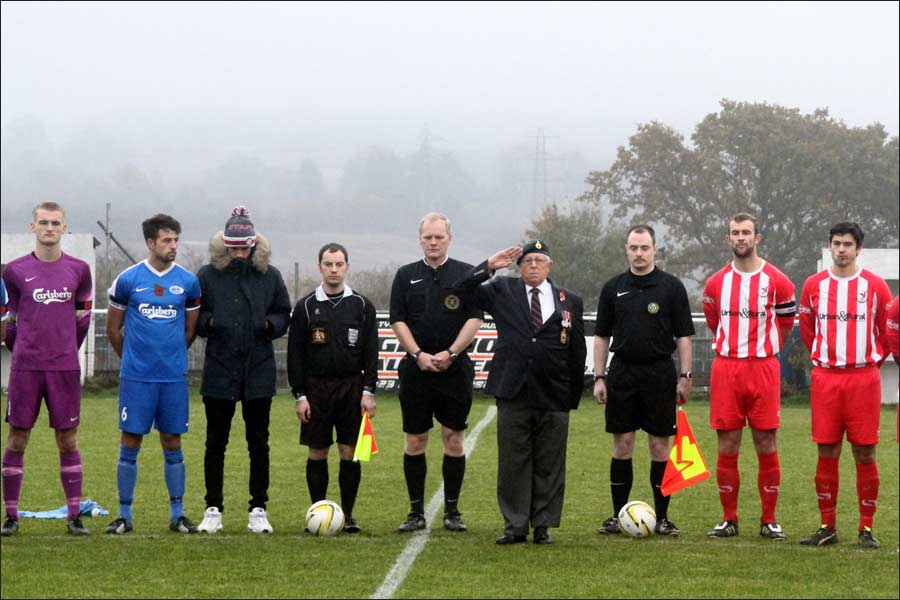 Jets Man of the Match sim Armstrong was a constant threat 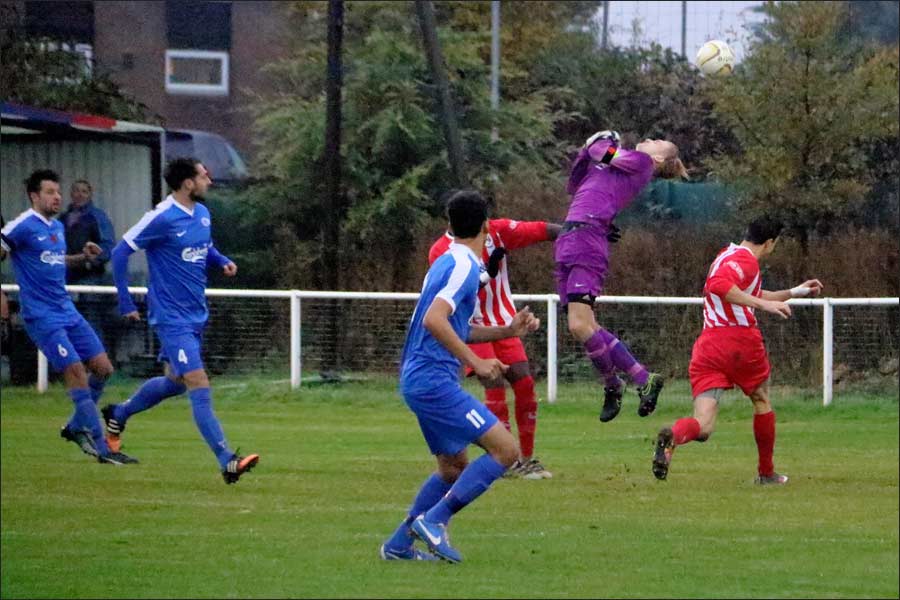 Good save early in the game 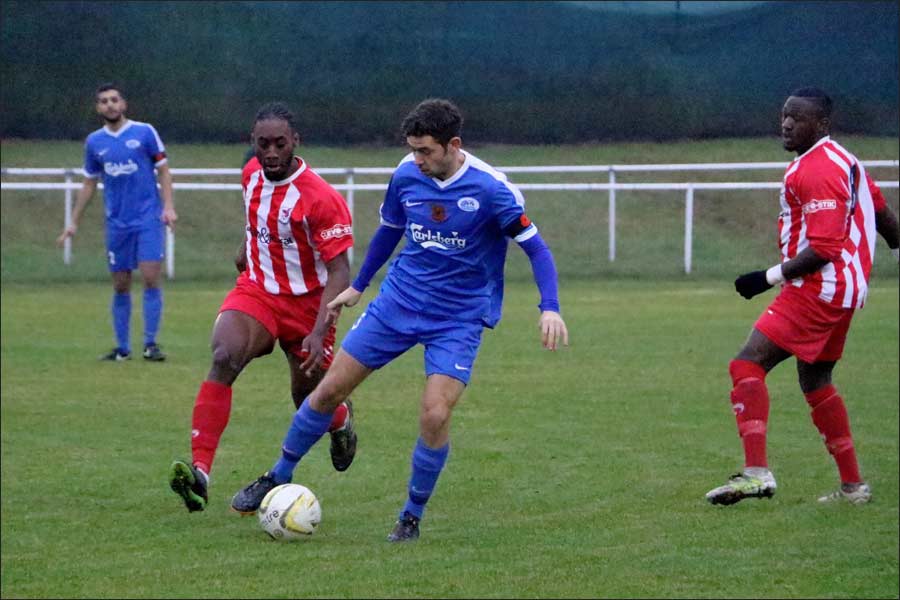 Leigh Stevens was non-stop for Jets all day 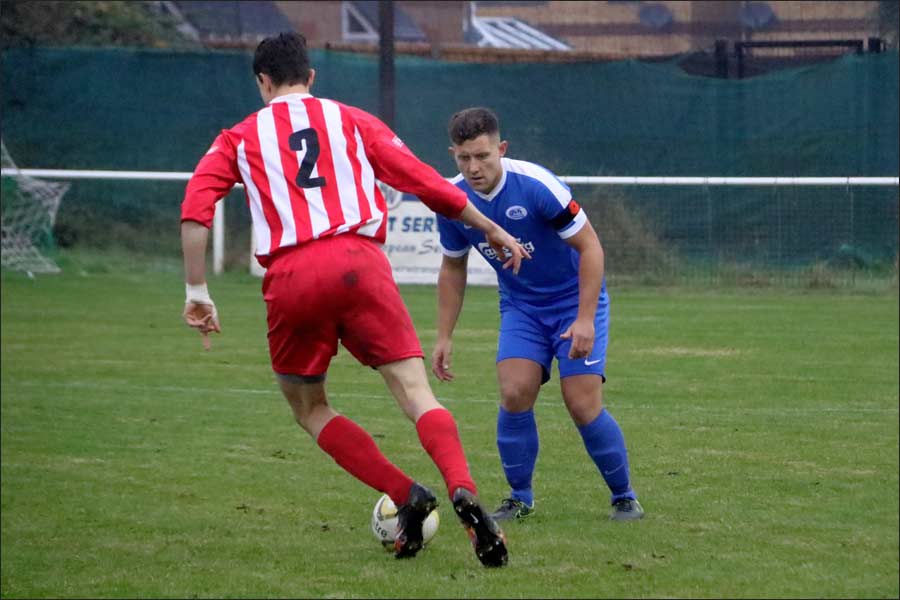 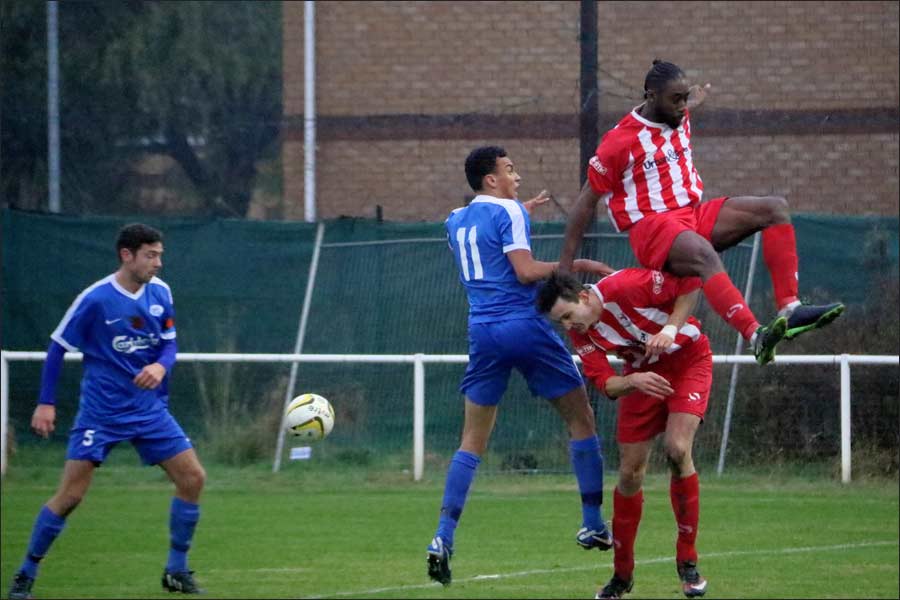 It was an action packed game today at the Boundary 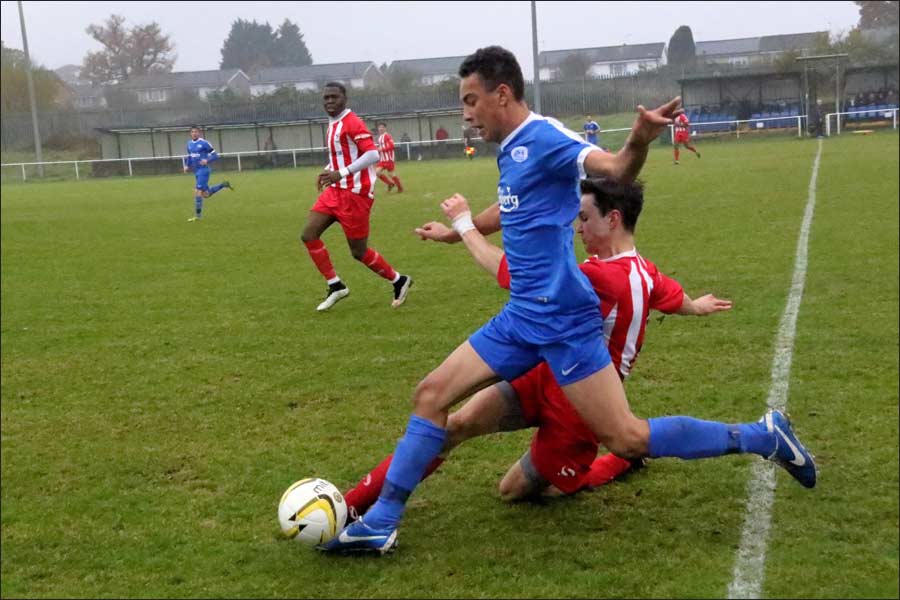 Kissiedu on the attack 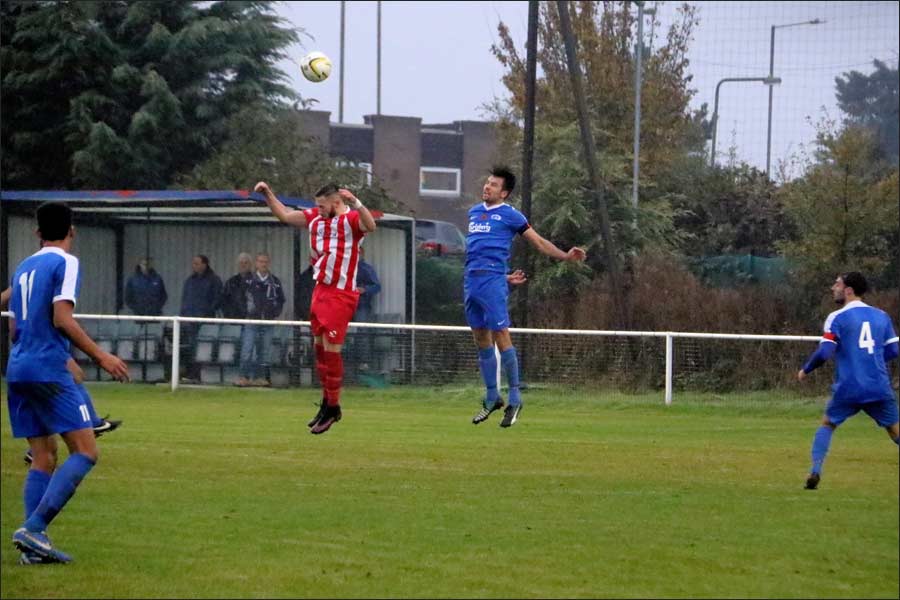 Skipper Jude Bell back in action 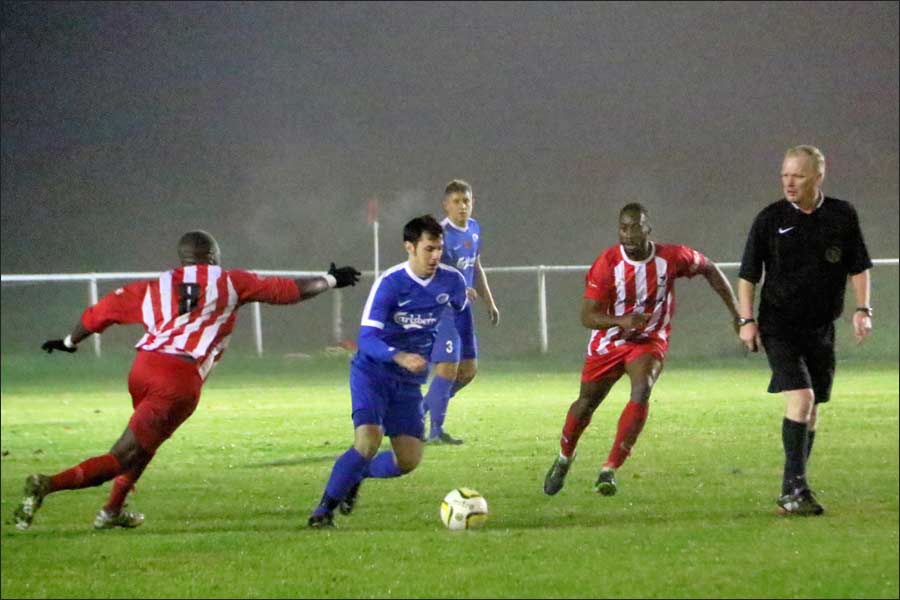 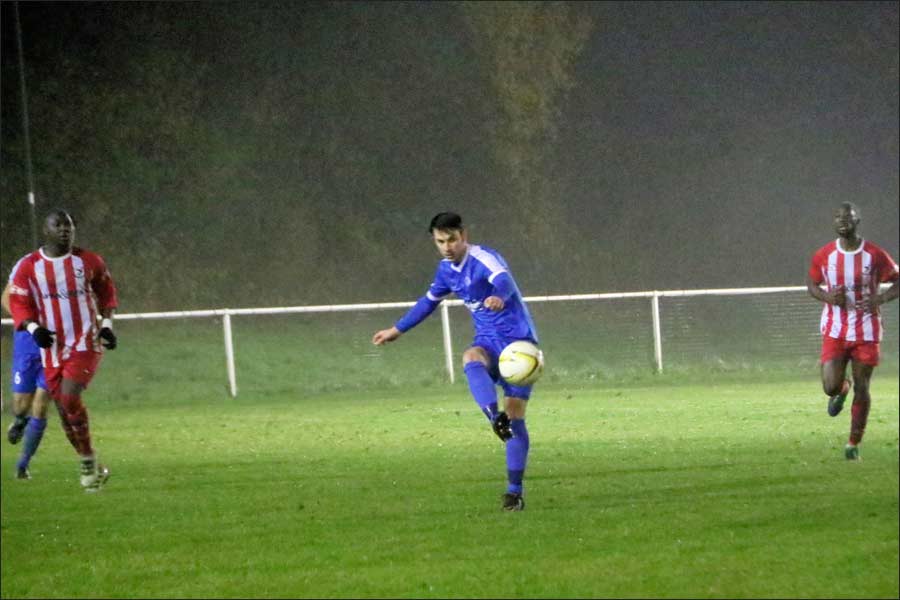