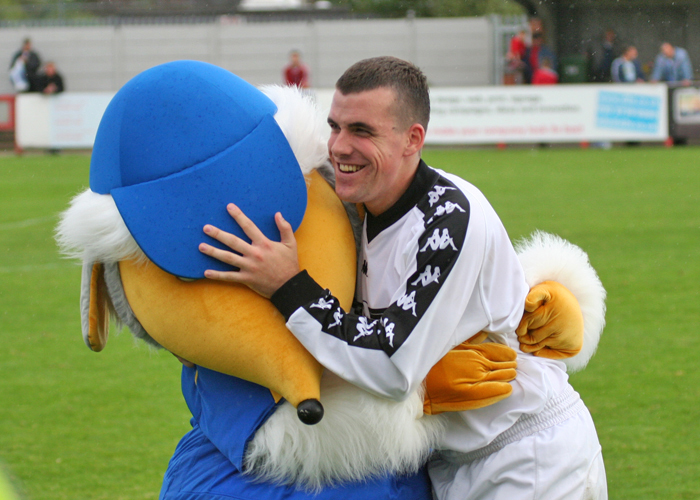 It’s hard to believe that it is way back in 2006 that we played at AFC Wimbledon in the FA Cup, as the game still lives so strongly in our memories. Jets, in only their 2nd season in the F.A. Cup, had done amazingly well to get this far in the competition winning tough games against Concord Rangers, Aveley and Ruislip Manor. We were delighted to get the plum tie of the round, away to the 1988 F.A Cup winners who were battling their way back up from the grass roots levels after the fiasco of the Milton Keynes move/takeover.

Wimbledon were in great form, still unbeaten that season, and they were to go on and get another promotion on their way back to the league.

Wimbledon blogger ‘The Big Tissue’ previewed the game against the Jets: –

Since the draw was made Dons fans have been exercised themselves trying to select suitable musical accompaniment. Bit of Macca, bit of West Side Story and surely Elton’s classic Josh Lennie and the Jets.

Jets sound a bit Americanised but there’s nothing Franchised about the boys from behind the Bushey. Within minutes of the draw their website was saying what a fantastic opportunity it was for the club to be playing the Real Wimbledon, the team that won the FA Cup in 88.

And let’s just say that it is fantastic opportunity playing a team that still approaches the FA Cup with the limitless glee and expectation on Christmas Day. The Jets were founded in 1972 and have worked their way up from their beginnings as Under12’s team. They only played their first ever FA Cup tie last season. It always makes me cringe when we talk about a game with us being the other team’s Cup Final but this time the analogy may hold.

This is already their fourth game in this year’s competition and so far they’ve yet to concede a goal. Their league season has barely got going with just three games so far giving them 1 in each of the W,D,L columns but they are doing well enough in the knock out competitions. Apart from the FA Cup they are progressing in the Vase and the Herts Senior Cup.

The danger man could be Jamie Arthur who’s managed four goals so far this season. The last match report on their website, a 2-1 win in the Vase over Raunds Town, sternly rebukes the team for having their minds on another game and suggest that there will be “severe consequences” if they repeat that performance against the “Real Dons .“

Wimbledon had no problem in winning the game, but that didn’t take away from Jets the achievement of getting to this stage and the unforgettable experience of the day. This was the Jets match report: –

For most of the players it will be a “Once in a lifetime Experience”, Oxhey Jets went to the 1988 F A Cup Winners home ground and were shown, on and off the pitch, what to aim for.

AFC Wimbledon were an example in everything they did on Saturday, and showed Jets the utmost of respect by going full strength at the Jets from the off. It was the worst thing that could have happened for Jets whose only real chance was an off day by the high pedigree team.

Wimbledon’s manager was in a defiant mood and left no ground uncovered to ensure that did not happen, and Jets were behind after only 7 minutes, and then 2-0 down at half time.

Jets had the ball in the net but it was ruled out for offside and the Dons keeper made two good saves from Stratford, and just for a while Jets dreamed that just a little luck could see them back in the game. 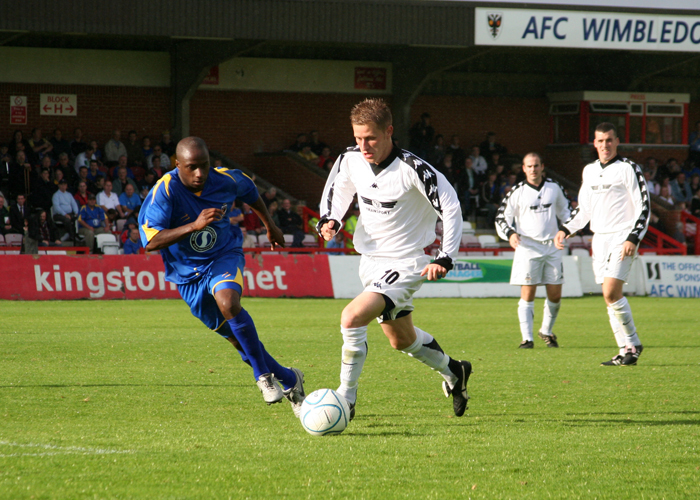 Any hope disappeared when captain Chris Harding got a silly second yellow and left Jets with ten men to do the impossible. Still Jets rallied, but Garry Beadle after controlling a beautiful ball collapsed in pain and was stretchered off, to a fantastic sporting ovation from the thousands watching, with a recurrence of his knee operation problems.

Jets still rallied, but cruel fate followed a good Jets attack, Jamie Arthur tried to pass one too many defenders when a simple lay off to Wayne Gladdy would surely have given that prize consolation goal that would have been so deserved for endeavour, BUT the move broke down and Wimbledon swept forward with full thrust and deep into stoppage time got the third that made the score look so different. In honesty it could and should have been more before half time, But Jets battled and overcame so much adversity it was a cruel blow. 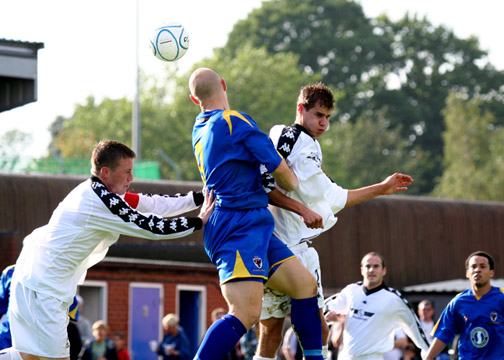 At the final whistle Jets showed their appreciation to the massive crowd, and they paid back the compliment with a standing ovation to the minnows that had given their all. Jets players were not down, but hung onto the moment for a long as possible. Their participation in this famous tournament is one this season that they can remember with much pride.

The Dons supporters voted Kevin Paul as Man of the Match, and Marc could not have been far behind. Wimbledon deserve to be in the hat on Monday morning, and I hope they go on to get their dream draw in the competition, as we did.

“My involvement and pride on the day stops me being able to give a good match report, the day is just a jumble of magic moments, but by links and some paste ups I hope we are able to let the pro’s say how it was. For us it was a magic day and our big thanks to Wimbledon for all their hospitality.” John Elliott 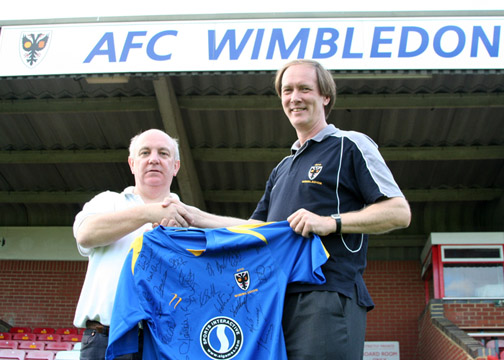 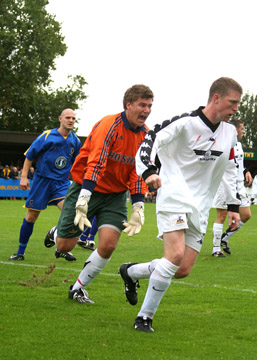 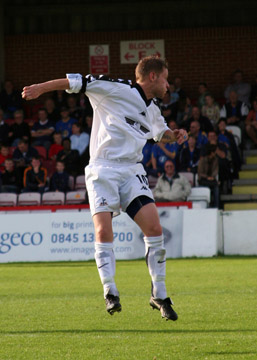 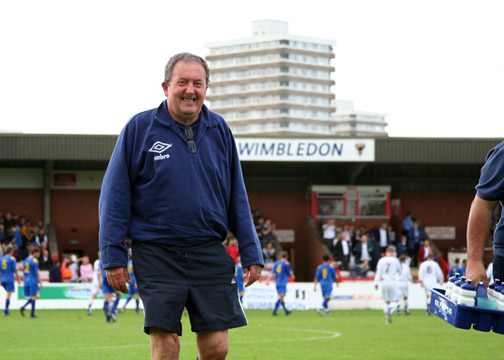 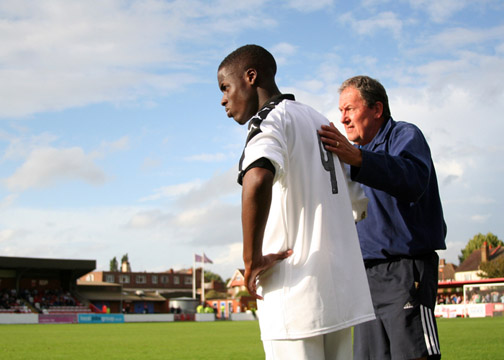 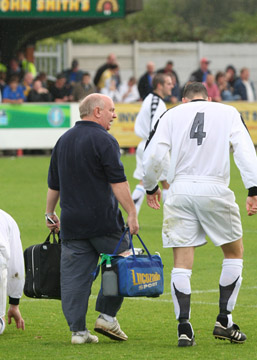 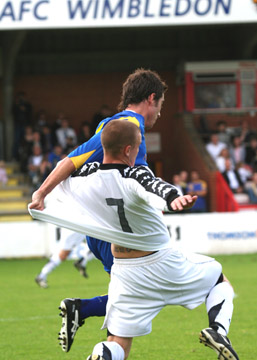 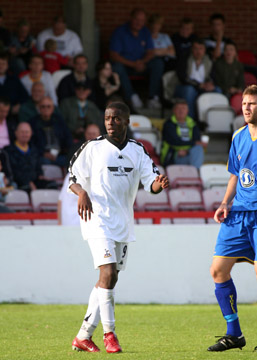 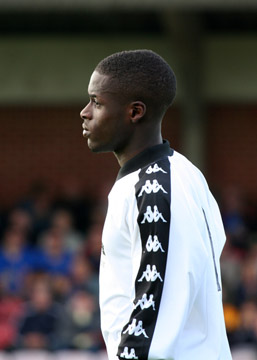 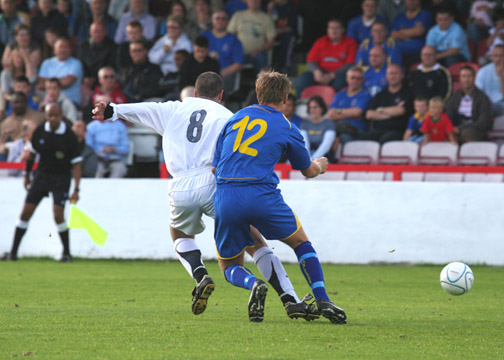 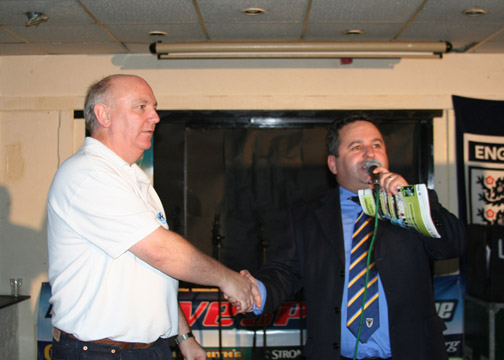 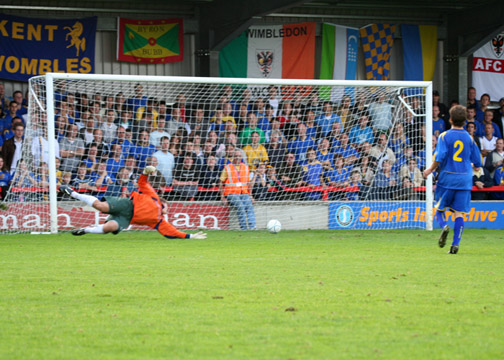 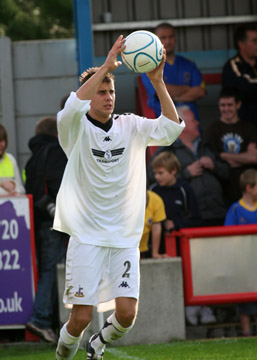 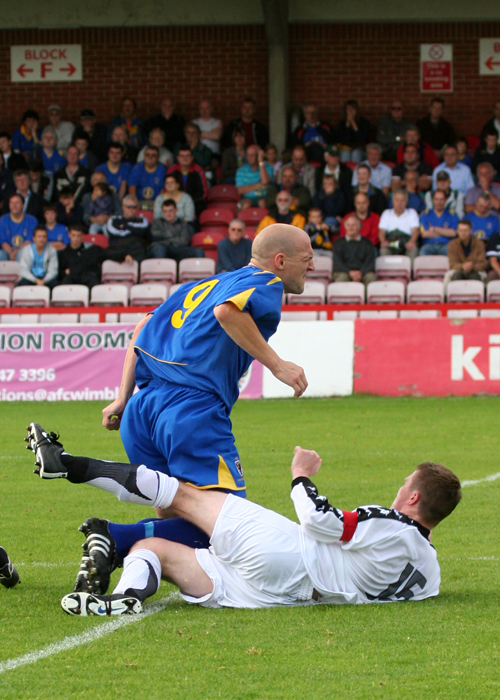