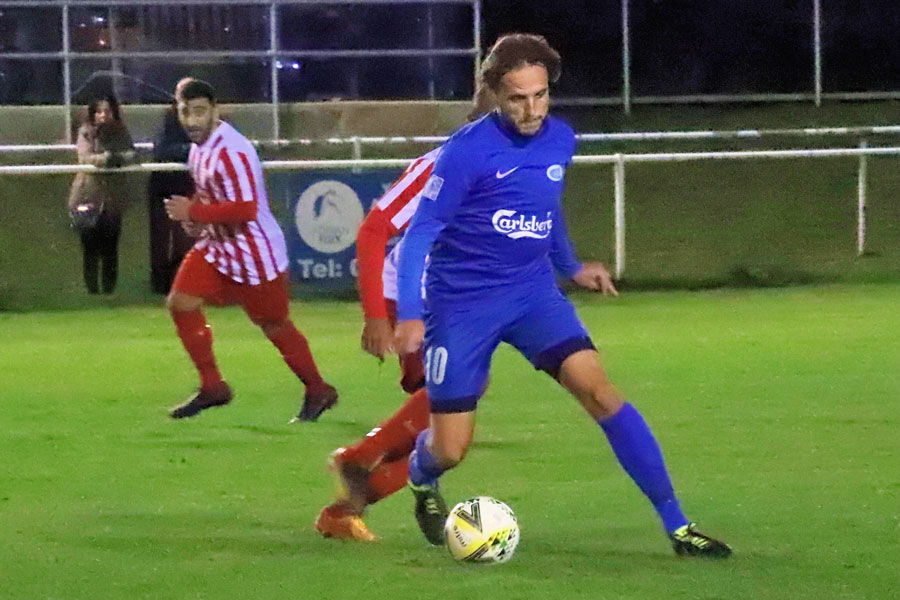 Jets Dig In to Earn Their Revenge

Jets avenged the whopping 10-0 defeat suffered at New Salamis in late September, following the unexpected disbandment of most of the Jets set-up, with this hard-fought and narrow cup win at the Boundary. It was an 11th-minute goal by Kyal Williams that was enough to put the 4th place side out of the SSML challenge cup at the Boundary Stadium.

Jets are having to work hard at things under new boss Kevin Christou as the fixtures secretary lined up every team in the top six (at the time of playing them) in a row and then, to add to it in the great chip shop fryer, they came out with another big fish sending New Salamis to the Boundary stadium in the cup. Jets have been flying again, winning the last three on the bounce, the best run of the season so far and losing just once in the last eight. 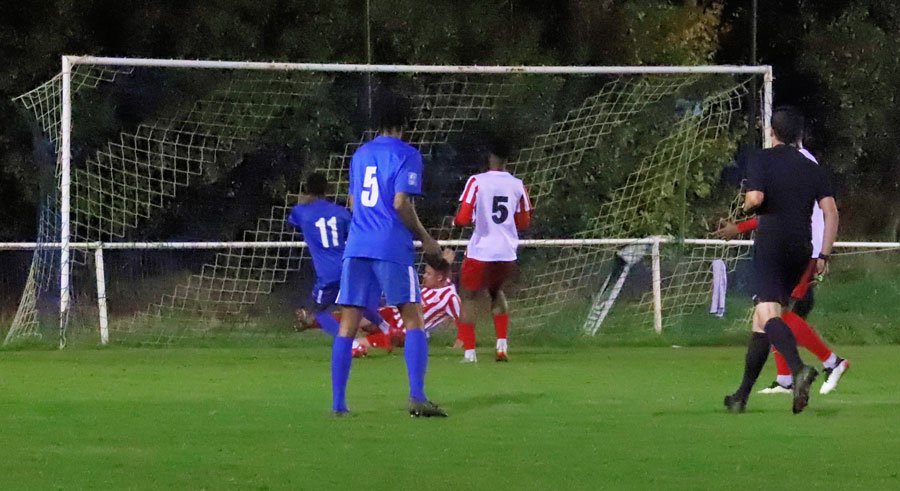 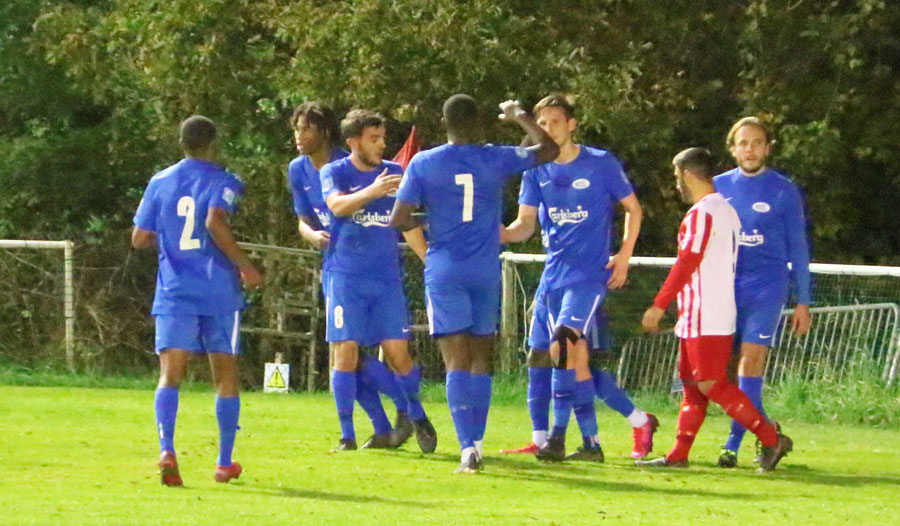 The goal was simplicity at its best, and on this occasion, a mere tap in for the hot form striker as the engineering work was produced by the vision of Tom Inch whose inch-perfect ball to Theo Costa split Salamis open, Costa drew the keeper to the line and unselfishly slotted back for Williams to tap home (11 mins). 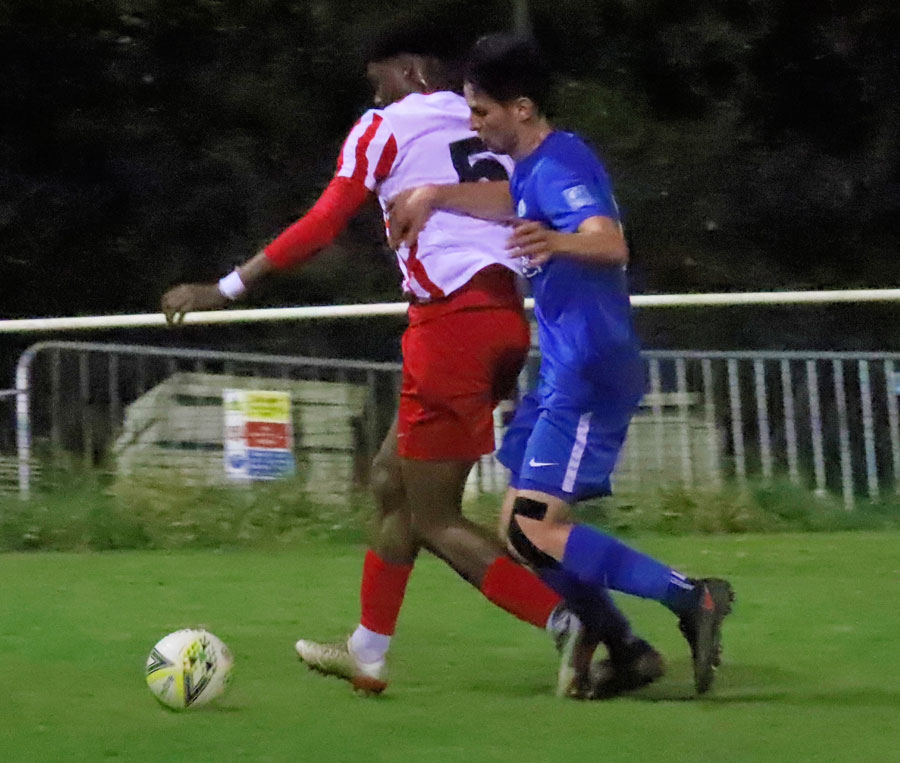 Jets lost Costa injured before the break, slightly of his own doing hurting himself in a challenge, but Christou plays a good rotation happy squad, and there was strength on the bench to cover. 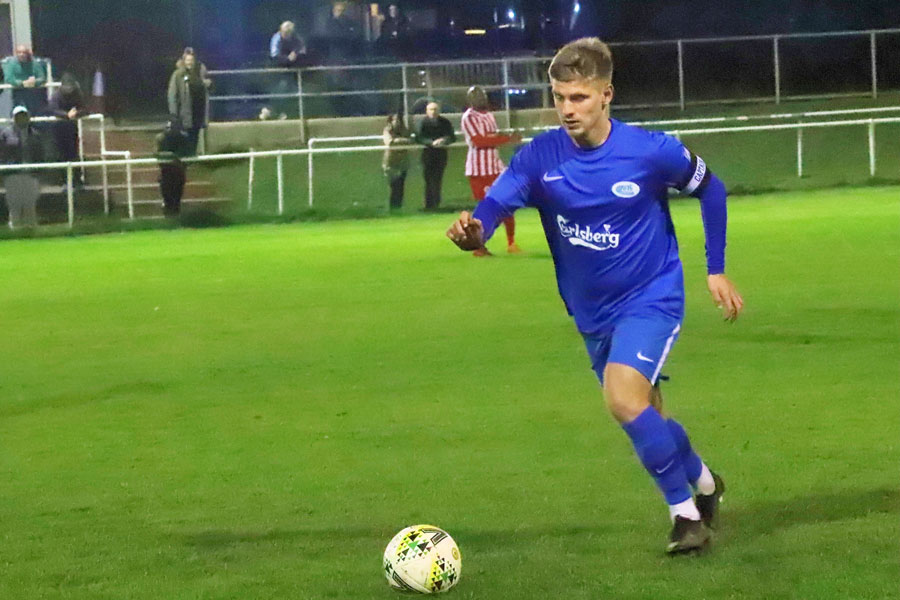 In the first half Jets had the upper hand, but that was to change big time in the second. It is fair to say that it was almost an encampment in the second as a very different New Salamis came out and went at Jets full throttle. This is where Christou and his coaching team have installed something very new to Jets, the ability to dig in and defend for your life. It’s nervous, it’s scary and it’s very impressive as this young squad, superbly marshalled by the impressive Harry Beaumont’s cool polite skipper encouragement, literally defends as a family unit for each other. 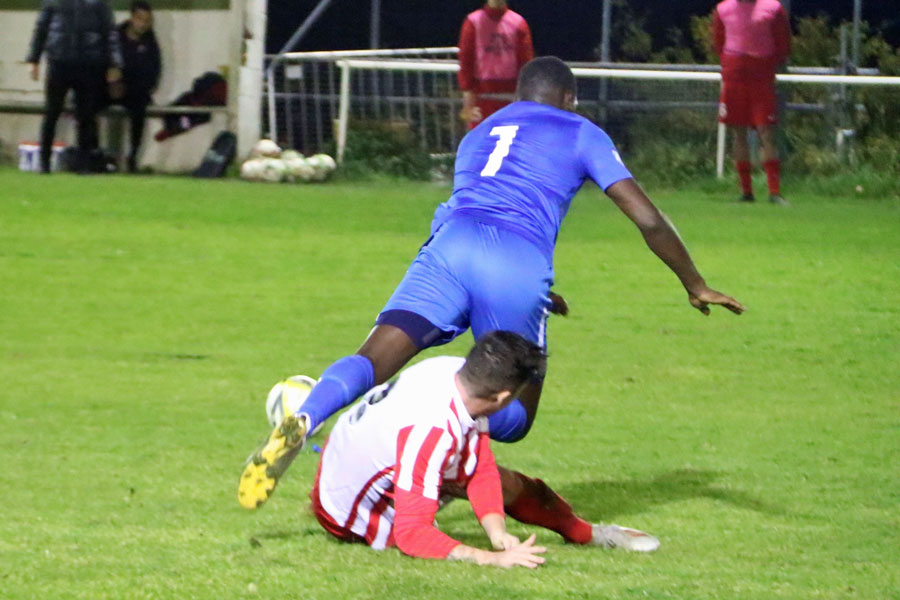 Ricardo admitted he was blowing hard after this battle tonight!

Jets had their moments on the break. A breathtaking save by the visitor’s keeper from Mathews kept them in the game, but it was the keeper at the other end, Jets Lewis Todd, who was turning on the incredible style to hold the visitors at bay.

There was a strange incident as Jets saw red again. Luckily the Lino was on hand to save the innocent player getting the second yellow pointing out he was actually nowhere near the incident, and finally Vass received his first yellow and correct order was restored at 11 v11.

Strong bonds in the new set up

It was a battle, a rearguard action, but a win for the reborn Jets team and we await the news from a chip shop near Pocklington to find out who in the regional draw is next up. 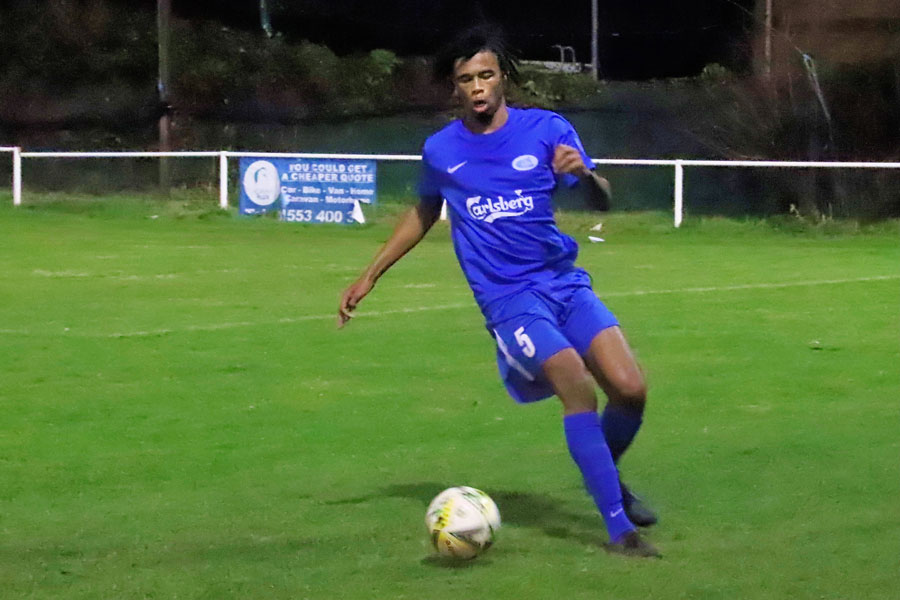 Ferrell Charles did a superb job on their star man. 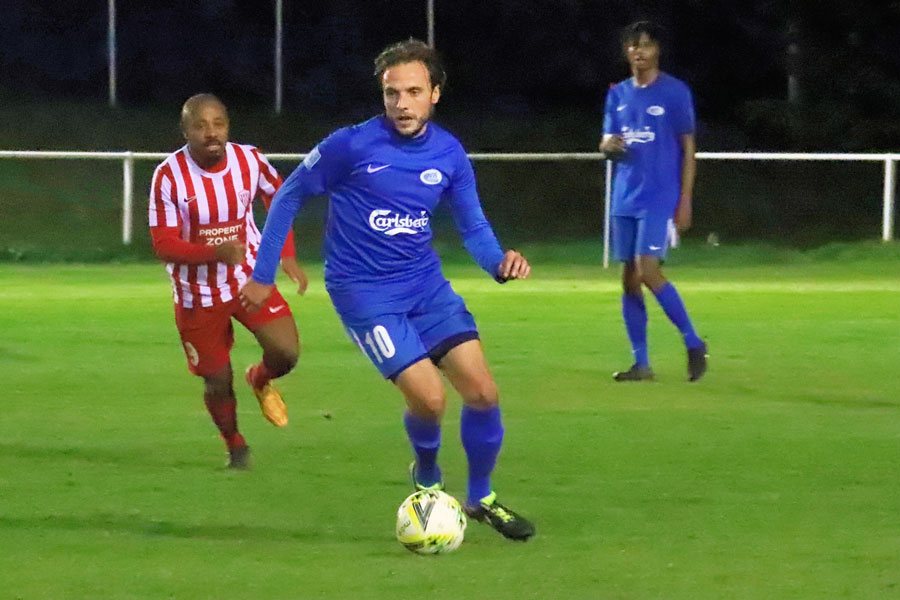 Tom Inch superb in providing the openings for Jets

Man of the match was decided from three on the night. Skipper Harry Beaumont is an inspirational leader, encouragement in abundance and firmness to match. Ferrell Charles had Hotshot Derek Asamoah in his pocket, ensuring he didn’t score past Jets like he did Liverpool. 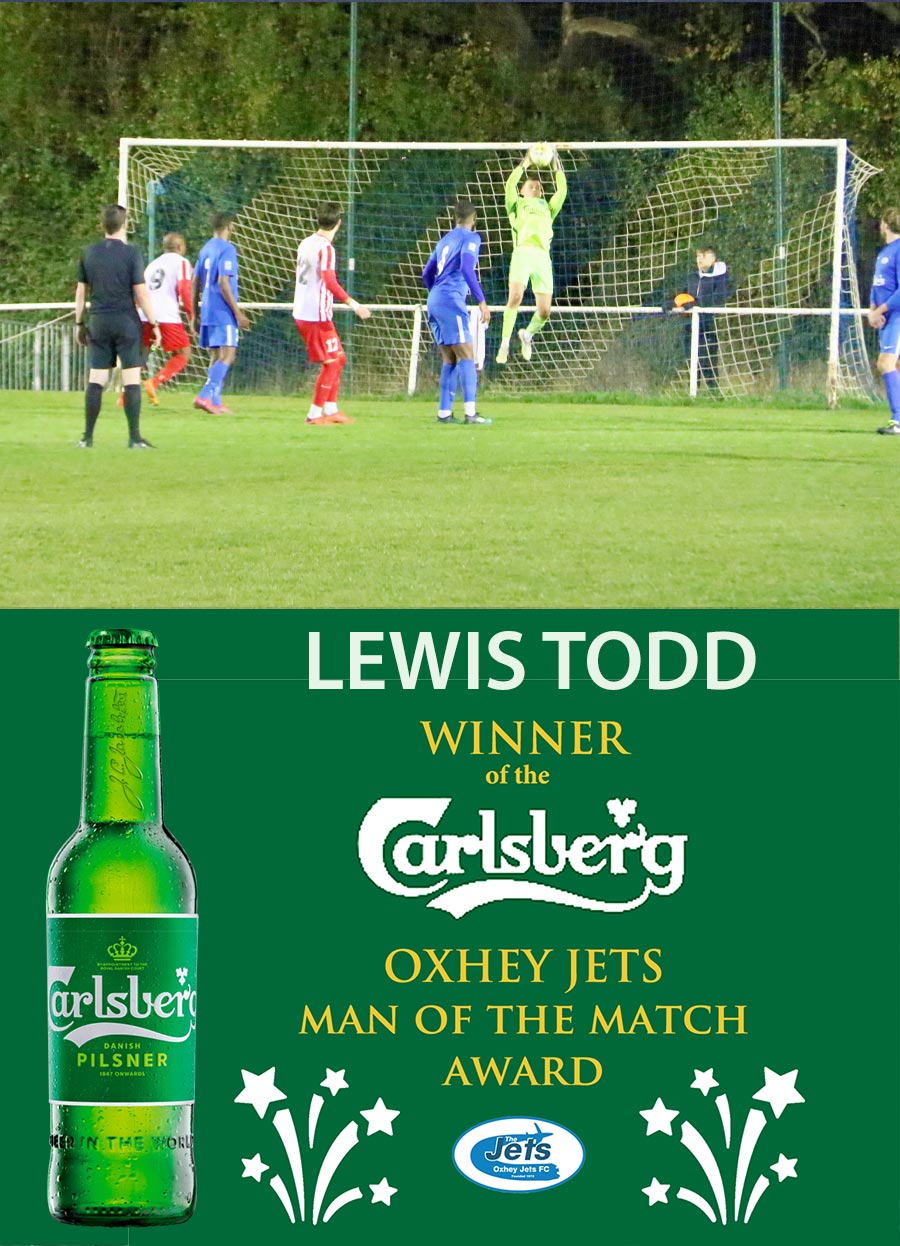 But the nod went to Lewis Todd for another stunning display and a clean sheet which is what every keeper wants. 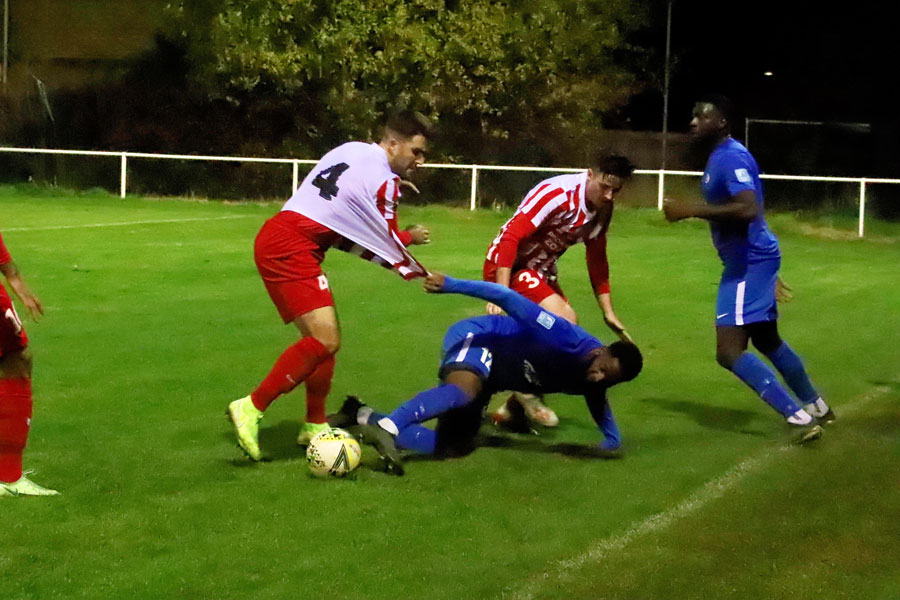 Now we have the magical Coldstream Guards, the Queens Guard Windsor to excitedly look forward to meeting on Saturday. As the guard’s drummer beats the call to arms, Christou’s lads will be ready to dig in and fight for sure, and early conflict is apparent as Kevin Christou is a former Grenadier Guardsman, so on Saturday I will mischievously drop that into the Coldstream lads. 😉