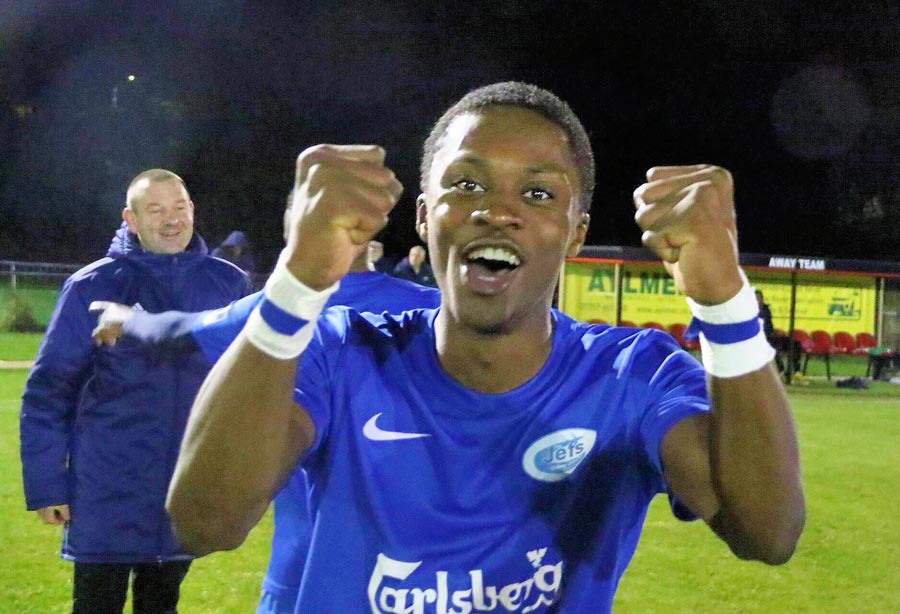 Jets Bounce Back In Fine Style

Jets bounced back from a disappointing Saturday coming from behind with a 1-2 away win at Hadley, one of the promotion favourites.

Manager Kevin Christou has a fantastic buzz brewing around the club again, but he showed the ruthless side making seven changes from the Harpenden defeat, but explains every one of them to the players.

Jets looked a different outfit from the start but it’s very difficult to get anything from Hadley, they are a top side with fantastic facilities and one of the best grounds in the SSML.

The first half was very tight and very competitive with only two real bits of goalmouth action. Jets had the ball in the net via Dean Florence but ruled out for offside, and Hadley had a piledriver off the post. The hit for Jets was with the game just minutes old, a tackle twisted the knee of Steve Wade and he had to limp off and was replaced by Kenny Nobrega who was to have a good match.

The second half hotted up the action and the disputes that are still ongoing from those loyal “bricks fans”.

The game had barely kicked off and Hadley got the lead with an excellent back flick header from Jordan Edwards (47 mins).

It was very open and an excellent match to watch with chances coming at both ends. Dean Florence had the ball in the net a second time with a cheeky lob over the advancing keeper but was again denied by the flag.

The “inspired substitution” by Typhoon Kev was to swing the match, as the rain started yes Kev and rain go together. He put on Sean Giordmaina who had an immediate impact on the wing, giving Jets the twin option with an on-fire Kyal Williams on the other side. 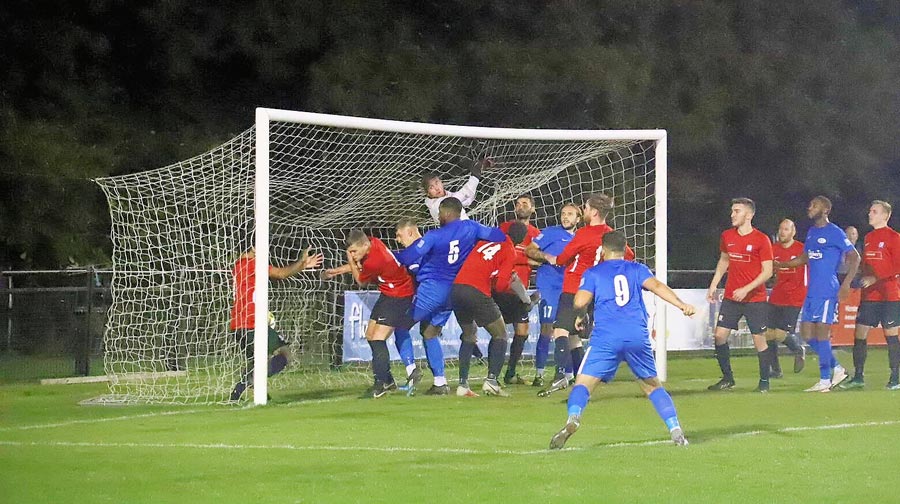 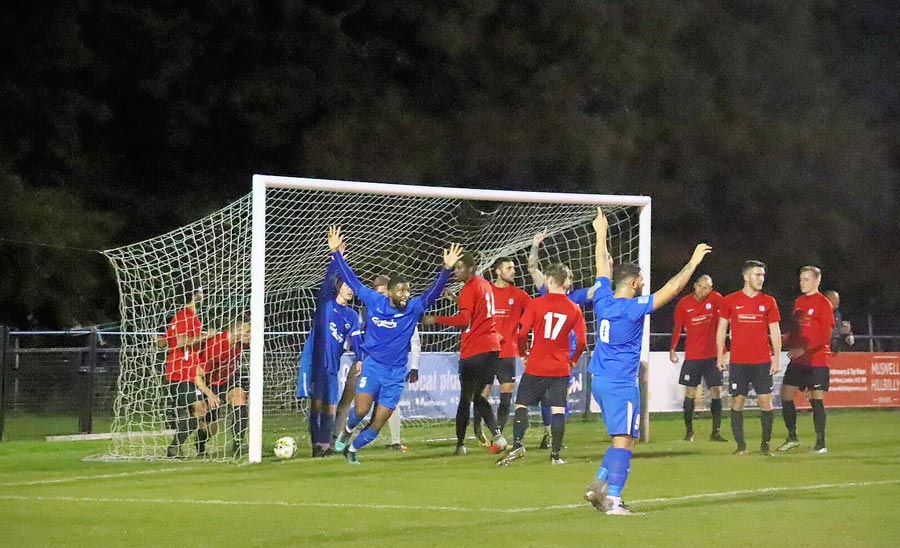 AFTER the goal a hole appears in the top of the net that the keeper said the ball went through!

Jets almost instantly drew level when straight from a corner Sean Giordmaina scored his first league goal of the season. The funny part of this, captured fully on camera, was the face of Hadley’s keeper as he was hanging onto the net watching the ball in the goal, but then ripping at the net and trying to con the officials that it went in the hole he ripped, also nail on camera 😁. The officials were not falling for that. 1-1 (62 minutes)

Dean Florence notched again.. but nope, it’s a hat trick of Lino flags so once again denied but this one looked very, very tight.

Jets had a lucky escape with a defender clearance hitting the bar as both sides went for the win.

With just seven minutes to go a Jets player tried to intercept but the leg was high, the ball fell to Hadley in clear space but the player played in a teammate who lost control. Then, the Jets player, Daryl -Bryan Samuels, played an absolute peach to Sean Giordmaina who roasted the line and pinpointed a backwards ball to Dean ( to make sure he was onside this time 😂) who took no chances with a defence-splitting cross box ball to red hot Kyal Williams (83) to notch and go top of Jets goal-scoring charts for this season so far.

It caused a dispute as Hadley wanted the advantage reversed and it let to a straight red for them as language got heated. Jets dug in and a superb stoppage-time save by recalled Lewis Todd secured three superb points for Jets and the transformation for Kevin’s team, up from the bottom to 11th in the league with the best points run of the season. 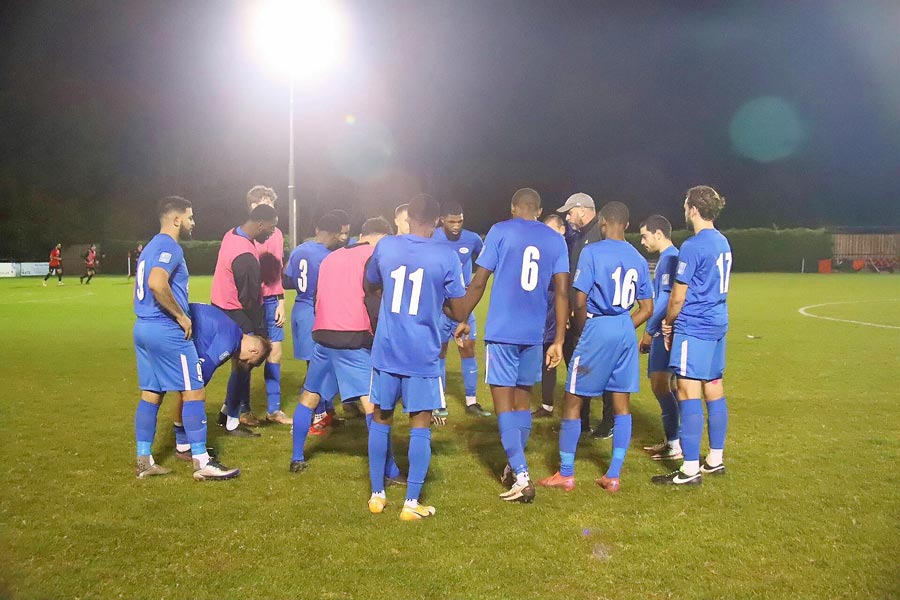 Got to love that winning feeling. 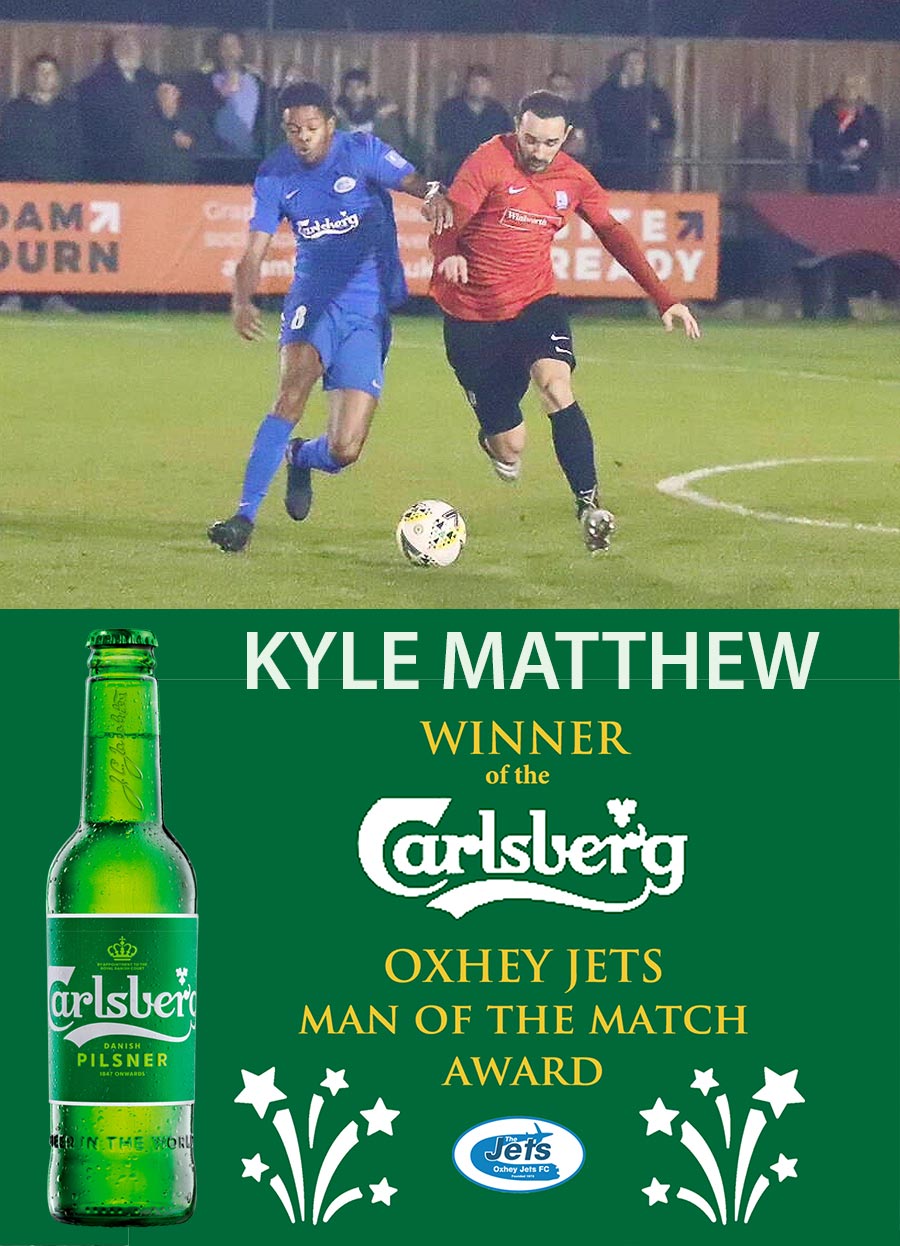 Man of the match tonight was so competitive. Lewis Todd’s saves were important, at full-back Samuels was solid but with attacking flair, Giordmaina swung the match AND Williams was again on fire… and a sneaky nomination by JRE for the manager’s shrewd game-changing substitutions. The manager made the decision and he went with the energetic Kyle Mathews, who worked his socks off to counter the excellent Hadley midfield.

A Saturday off now for the lads, so a curry, Top Golf, then back to business for the new side doing the Jets so proud again. 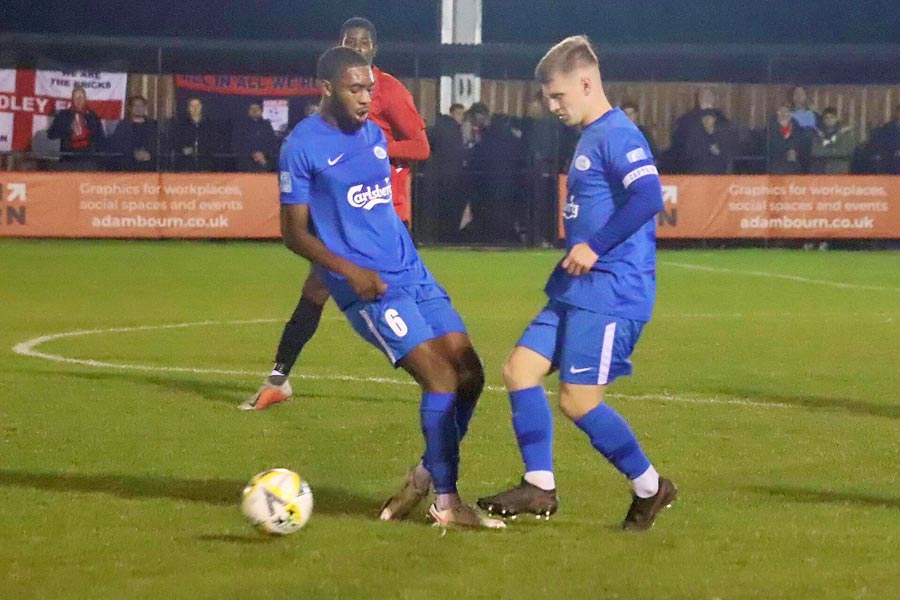 No Harry, don’t foul the ones in Blue! 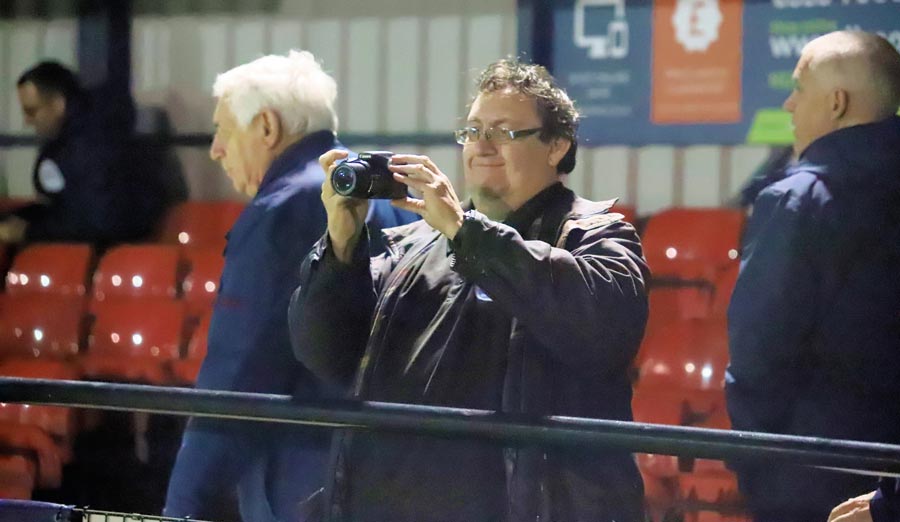 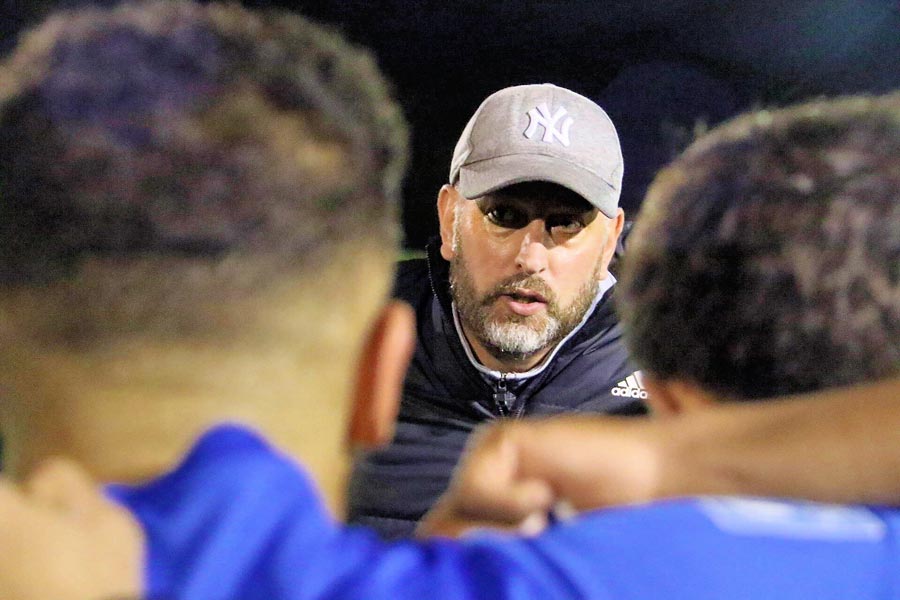 Kevin Christou has completely turned Jets around since his arrival at the end of September.