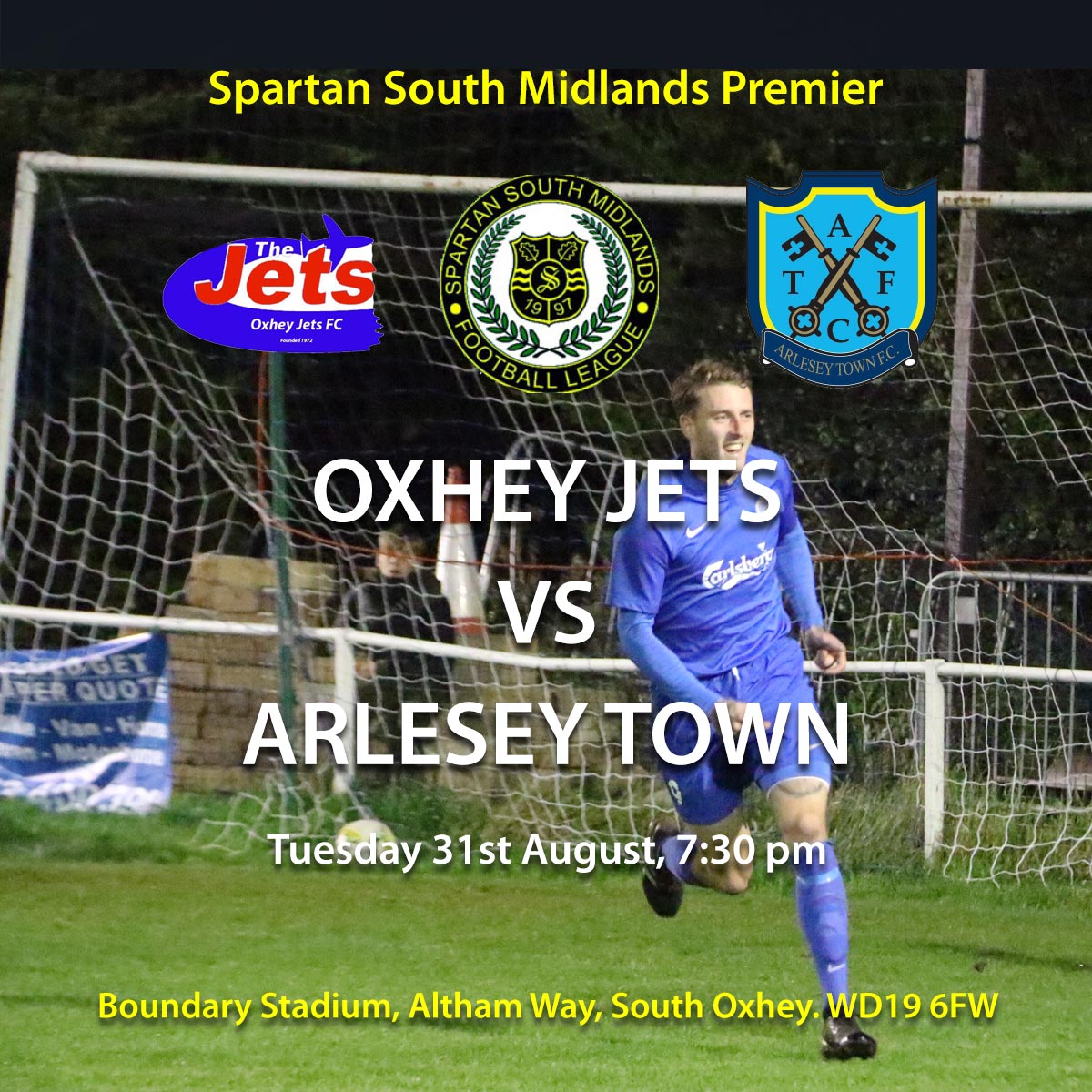 Jets Self Destruct After Bright Start

Jets poor start to the league campaign continued against Arlesey Town, losing 4-6 at home. A disappointing 5 points from 12, including only 2 points from 3 home games, from the talented side tipped to be within the promotion mix.

Jets found themselves a goal down in just two minutes when a thumper of a shot from fully 40 yards hit the underside of the bar leaving GK Rob Partington with no hope, but static defending allowed a simple tap in to complete.

Jets rallied and showing a superb football display, and John Smith levelled (12 mins), then Andy Brennan shot ( 15 mins) Jets into the lead after getting on the end of Putman’s low ball.

The visitors pulled it back 2-2 (28 mins) when a free-kick was not dealt with and again the follow up was not challenged.

It was turning into a goal fest as on 40 minutes an excellent save denied a long-range effort from Stead, but Lewis Putman was on hand to follow up with a rare header to put Jets back in front 3-2 at the break.

Seven minutes into the second period floodlight failure on one side delayed the match but on the restart, Jets extended the lead when Mr reliable Tom Gibson headed home from a corner 4-2 Jets.

After achieving what looked like a winning lead, Jets were then torn apart by an Arlesey comeback, conceding four goals within a sixteen-minute spell of poor play and ill-discipline, going from 4-2 in front to 4-6 behind, a total collapse that led to this disappointing league defeat.

Another floodlight blackout was sorted to allow the game to complete, and Manager Stuart Atkins threw on all three subs in the last ten minutes to try and salvage something. The game, though, was already lost. A disappointing home defeat after such a bright first half.

Following the match in the changing rooms, manager Stuart Atkins resigned from his post. It appears that Stuart’s staff have also withdrawn with him. We thank all involved for their time with the club and all the efforts they gave to us. There are many long term friendships involved amongst staff and players, and we will not be making any further comment on the situation.