Yet Another Late Comeback For Jets

Jets theory is never get too down !! Well, something like that as yet again they did the comeback trick to snatch a point at Edgware Town.

Edgware worked hard and deserved something from the game, in this league the table means nothing on match day anybody can beat anybody, it’s a close call division.

Jets had more possession on the slope, and maybe some players didn’t do as well on the 4G pitch as we expected, but it was not all Jets fault. Edgware worked hard to have numbers defending and spring dangerous meaningful attacks.

Reece powers a shot that hits the underside of the bar.

Jets only real highlight was Reece Cameron thumping the underside of the bar, and like 1966 no Lino could know if in or out.

Most of the time Jets attack looked isolated against the numbers and were effectively blocked out. Half-time 0-0.

Jets now had the uphill half, and in all fairness, Edgware played the slope better and became more dangerous.

Jamie Speer headed onto the bar and again that was about it. Then with time ticking away one cross pitch ball opened Jets, and Town took their chance to perfection 1-0 Edgware.

Jets were stunned but in a blink almost the same thing and not the best defending and it was game over 2-0 Edgware. 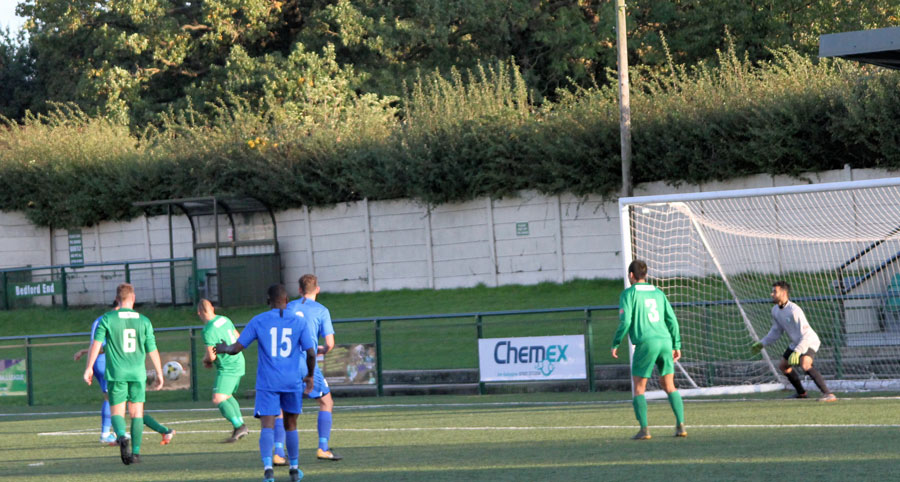 Vags (hidden) pulls one back for Jets 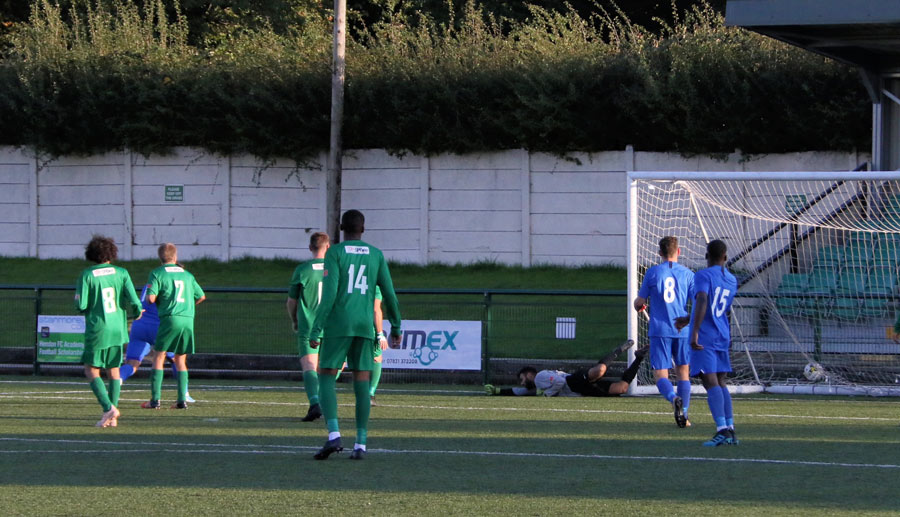 Now in the last ten minutes as often Jets do of late, the Jets alarm clocks went off, and they woke up. Urgency and desire were uppermost, and when substitute Vags slotted for 2-1, there was no celebration just Jets believing they could do it again.

Edgware went cautiously coy, and Jets went for them, and it paid off yet again !!

Reece (left) is already celebrating as the goal goes in. 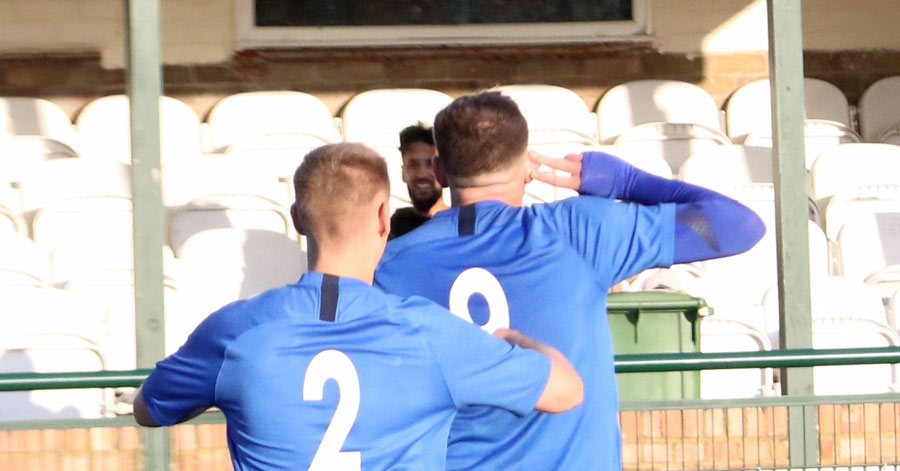 Reece wants to hear it!

Reece Cameron’s long-range free-kick beat the keeper 2-2 and still Jets hurried to go again to try to win the match. Could they, well not this time and it was Matty Evans in goal who earned the Carlsberg Man of the Match with two saves that preserved Jets point.

Late saves from Matty Evans to hold onto the draw 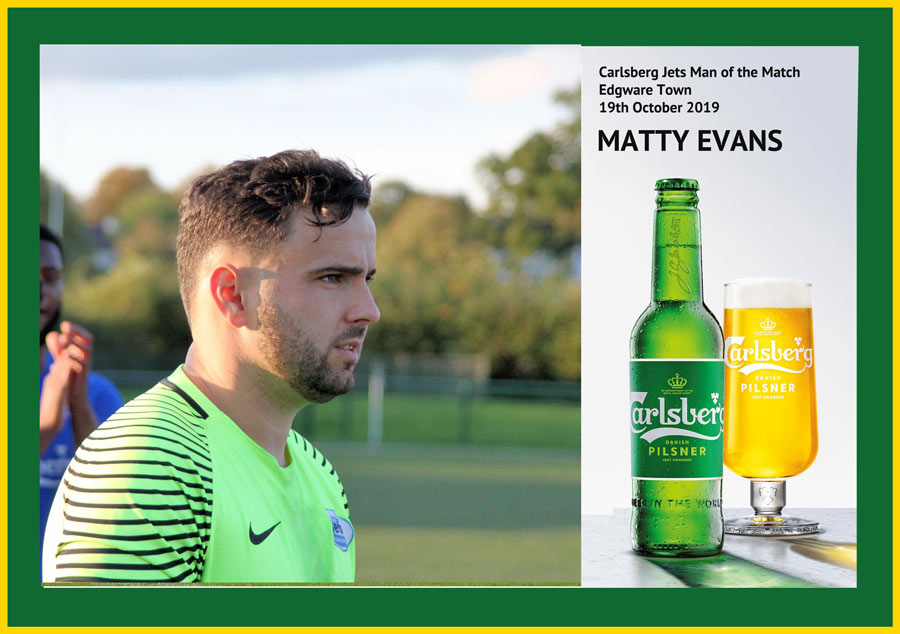 Let’s not be disappointed the will belief and heart of this side is a credit to the club. 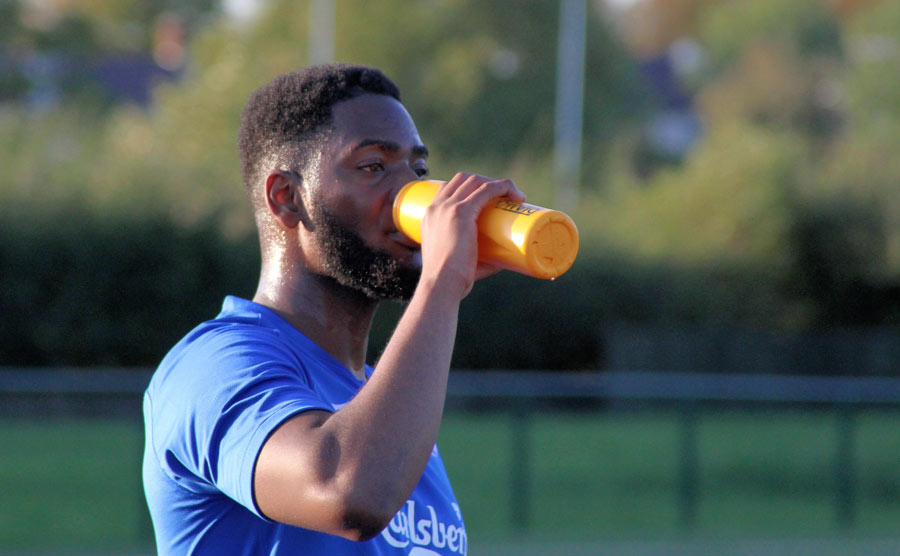 Water for the scorers  — Vags 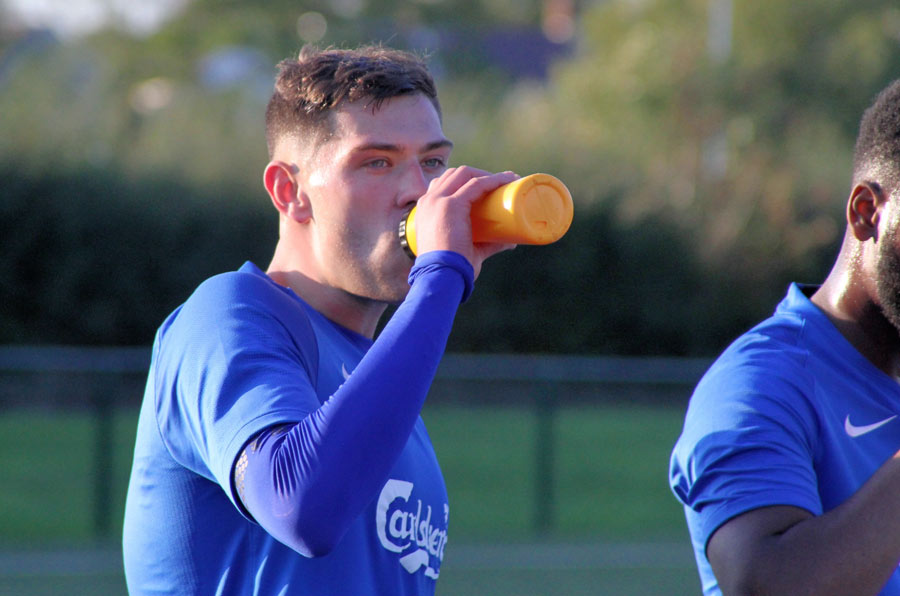 Andre worked hard to try to break down the Town defence 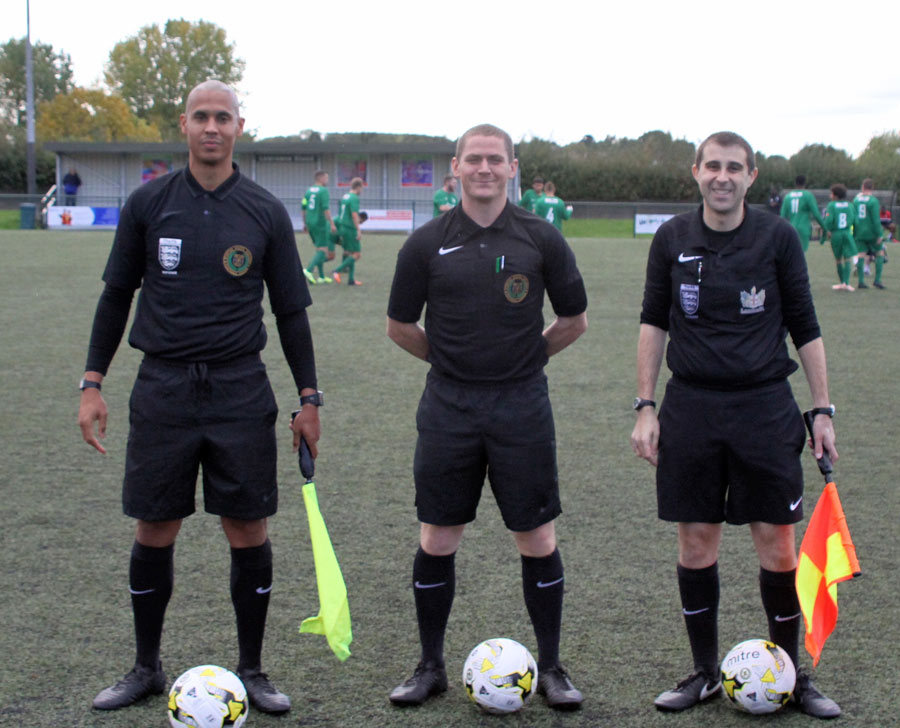 Excellent match from the officials

Jets Reserves suffered a rare defeat at home losing 2-3 to New River Athletic. Two down at the break then 0-3 down, goals by Rawn Serle and Tom Kahill pulled it back but they could not find the final point grabber.

The Vets travelled to Stevenage Borough in a hastily arranged league match and goals by Paul Danslow and Craig Gorrie saw the trip home a happy three pointer, Dean Ayres taking the man of the match.