Jets pulled off a massive point against Arlesey Town at the Boundary Stadium coming back from the dead at 0-3 down with forty minutes to go to grab a point in a pulsating match.

Jets are in a terrible “not available” holiday situation at the moment. This results in players needing to play in unusual positions to cover. This included young first team debutant Andre Lopes who was talked into a wing back role, and the boy did so well working them off up and down, burning massive energy for the team and supplying good set pieces. 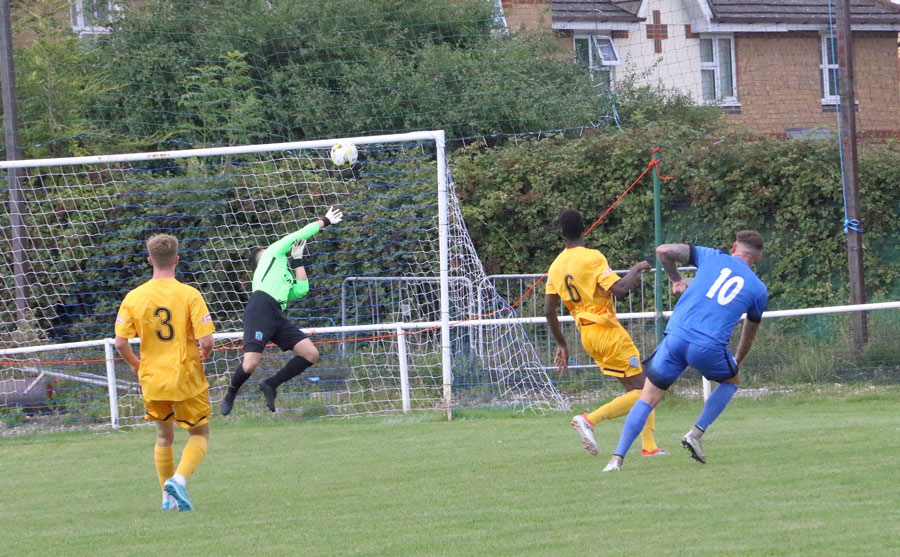 Candidate for save of the season from the Arlesey keeper.

Jets had the upper hand but were frustrated by a goalkeeping display that will be hard to beat all season. The Arlesey keeper’s first big save was incredible when he somehow punched an absolute pile-driver from Reece Cameron onto the crossbar. 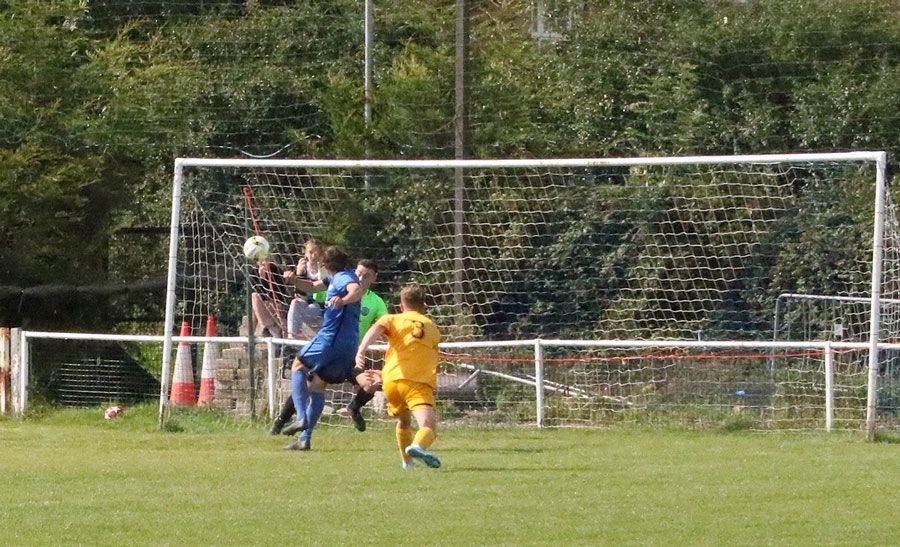 Tom McConway denied by another super save

Nick Kerley had a big chance but went for the spectacular scissor kick, when a simple header looked a bolt on option, then Tom McConway was also denied full stretch by the keeper.

It was not one way. Matt Evans pulled off two 1:1s to hold Jets level.

Jets then fell behind, and it was simple one ball and sloppy by Jets who were caught napping for the forward to break clear and have time in abundance to slot 0-1 40 minutes.

Normal stuff at half time, positive chat and Jets were ready for the second half. Well, ready it seemed to foul up completely as two almost identical caught napping balls moved the match from 0-1 to 0-3 in four minutes.

Now Arlesey is a powerful budget club, and Jets were staring down the barrel of a heavy home defeat. 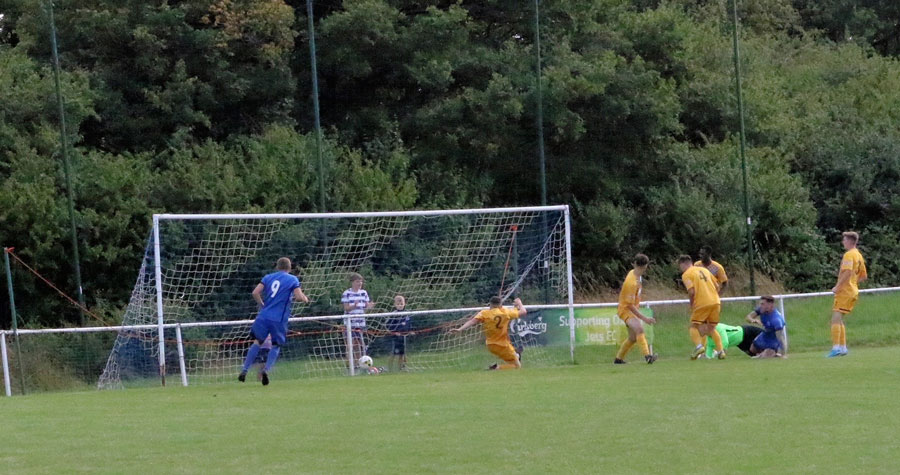 Jets have a big heart in forward Reece Cameron, and he had been stunning all game, and his solo run and goal in the 50th was the inspiration for the comeback. 1-3 (50mins)

Reece kicked in face for a penalty

Now Jets were believing and they pushed and pushed and the rewards came when again Reece Cameron was taken down and received a kick on the nose that caused a long stoppage for the head wound, although it must be said it did considerably improve his looks…. Nick Kerley confidently slotted the penalty 2-3 (70mins). 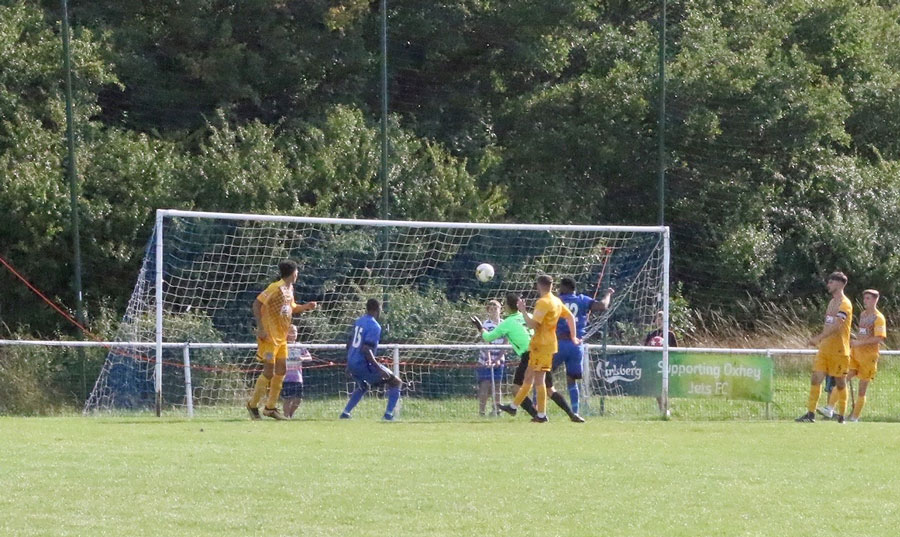 Vagnol Kediambiko, just on as a substitute, heads the equaliser 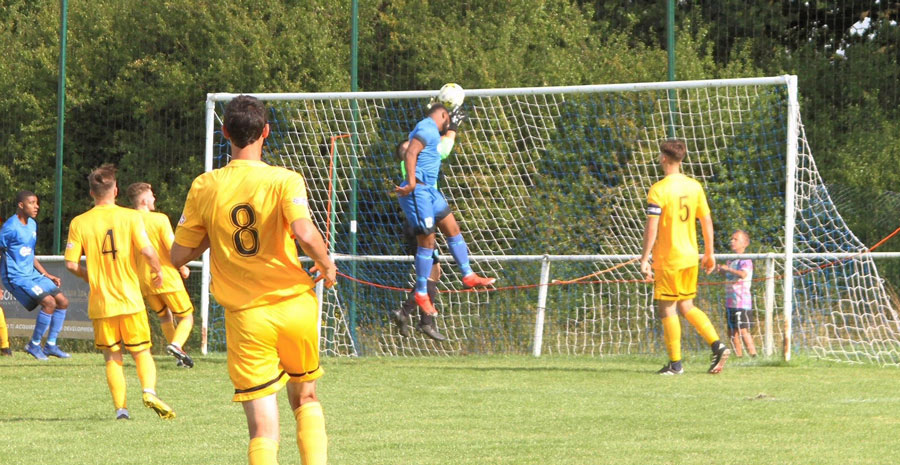 The game was end to end, full on, reckless all guns blazing action. The manager TimZo Sullivan played a big card throwing on Vagnol Kediambiko, and within 30seconds he headed home 3-3 (75 mins). Again it was Reece Cameron whipping in the cross for the big forward to hang there waiting to head home. The defence appealed, but photo evidence shows the head going in as the keeper’s hand not on the ball so a tight but correct goal.

Both sides could, should or were just unlucky not to grab a winner, and I, for one, was glad to hear the whistle for the point.

The Carlsberg man of the match was shared between Reece Cameron and Harry Beaumont; both had commanding games in very different roles. 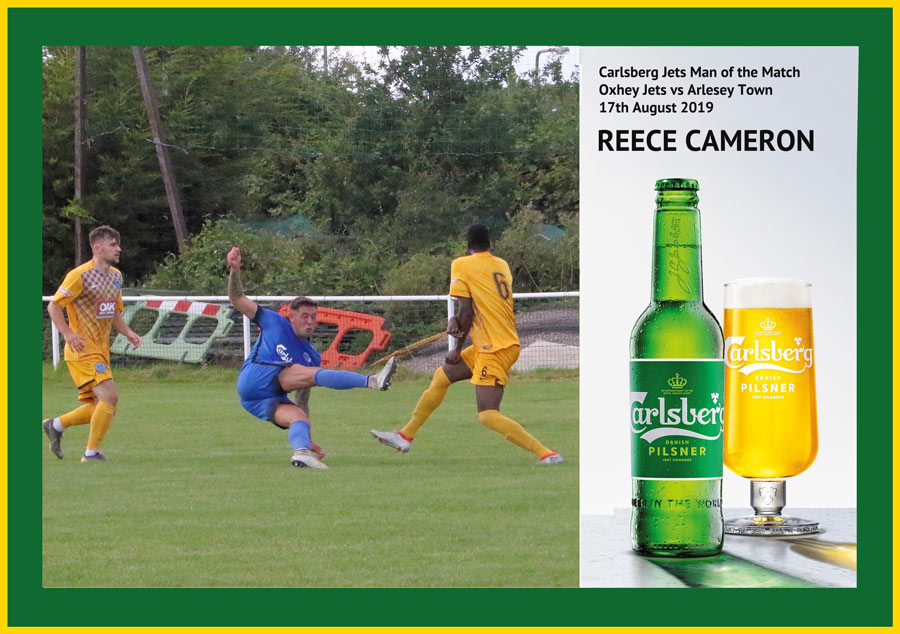 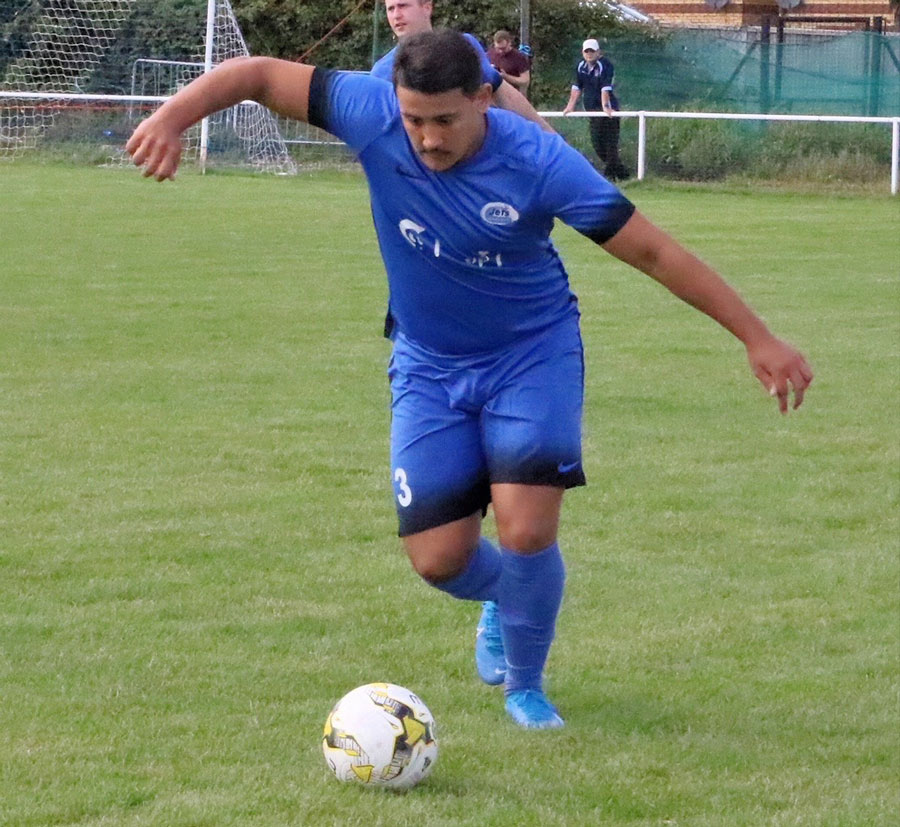 Good 1st team debut for Andre Lopes – in an unusual wing back role for the striker. 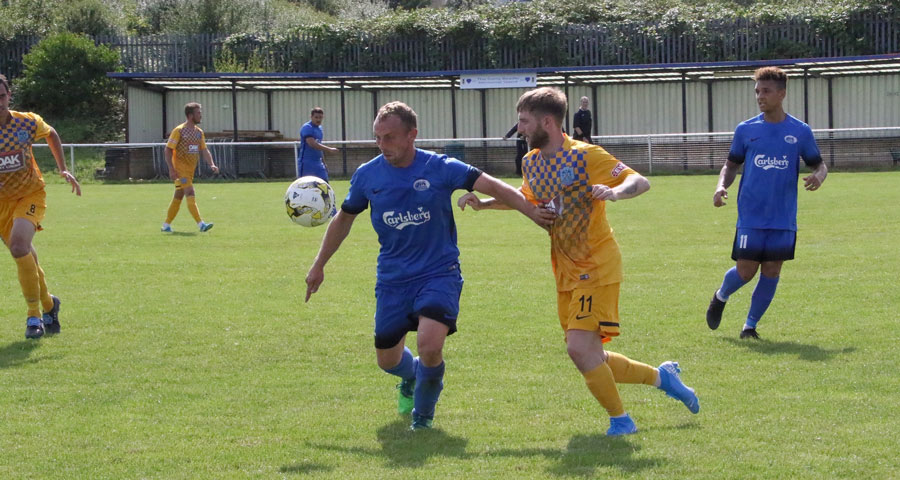 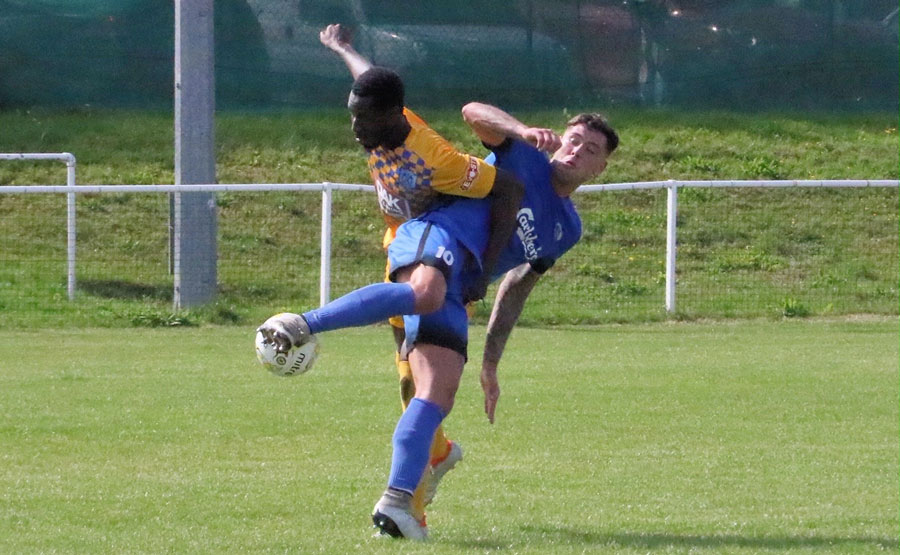 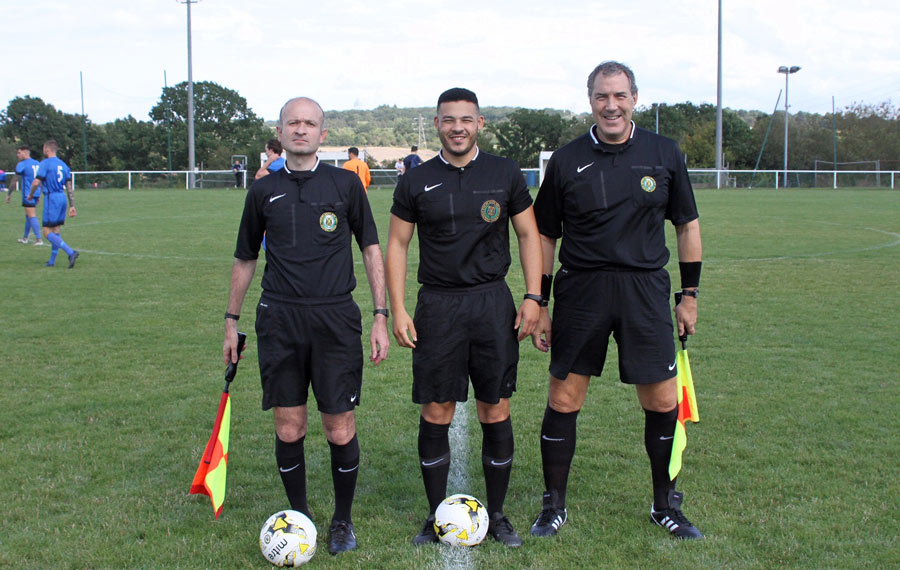 Excellent job by the match officials