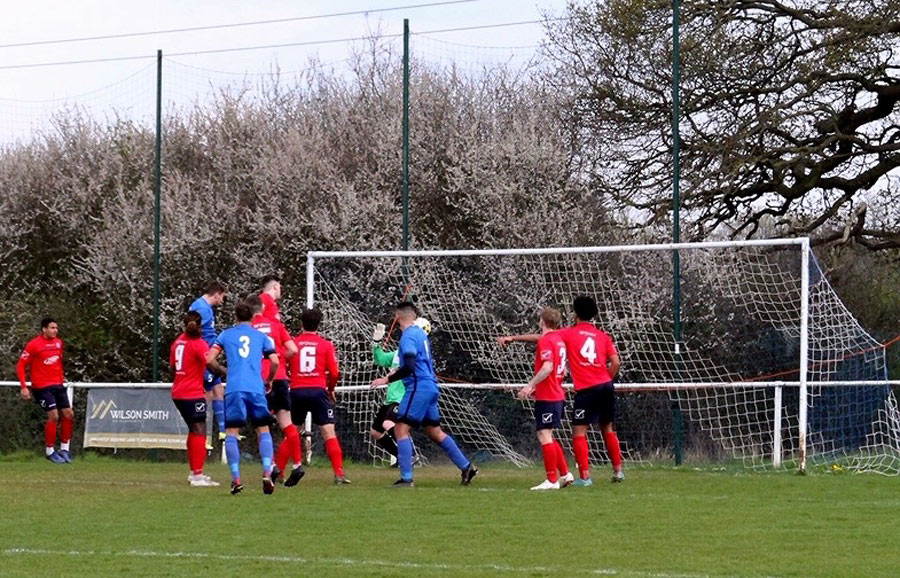 The sun came out, recent forms been sound, two footballing teams, so today hopes were high for an excellent old end to end ding dong.

Jets receive the February SSMP Team of the Month Award from Bill Hamilton of the SSML. 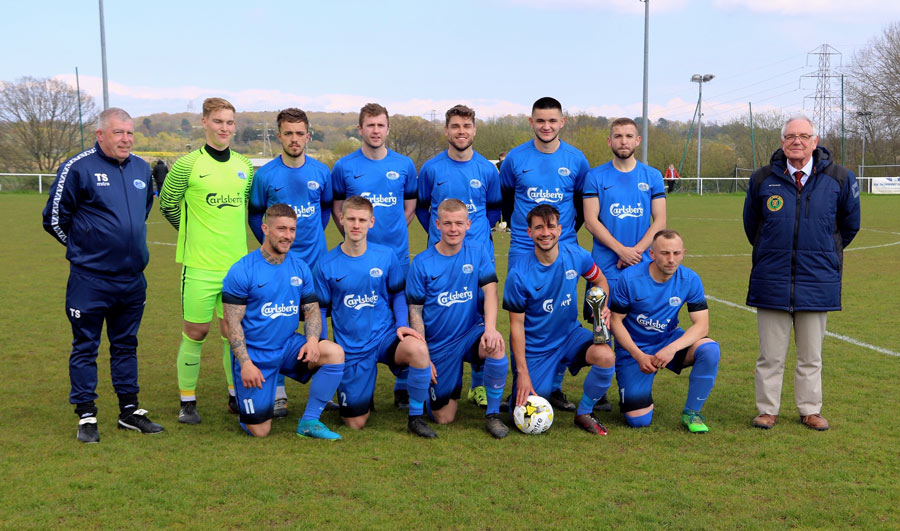 The day started well. League officers were there to present the team of the month award for February, the first for us this season.

The match started as we expected, end to end, relentlessly carefree football it was looking full of goals for sure. 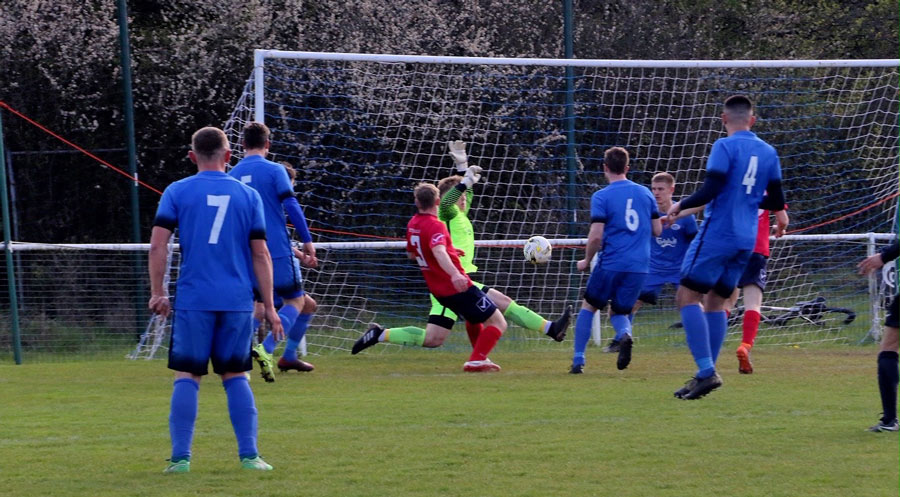 Numerous shots blocked by Jets in a frantic goalmouth scramble

Biggleswade had one scramble in the Jets goal mouth that went on for what seemed an hour, but somehow it stayed out, and their carefree attacks were causing us problems.

Jets were also on it, and Nick Kerkey forced two excellent saves to keep the United defence busy as the game lived up to its expectations. Jets downfall, though, was the slack wasteful passes, and it was to cost them dearly more than once.

United grabbed the lead after a weak midfield ball was pounced on and executed to the full and they never looked back then. Jets were being outplayed, outworked, outclassed and chased shadows and were more than happy to be just two down at the break. A big helping hand to that was young Filip Chalupniczak in goal making several saves, Jets were getting the runaround, and it was painful.

Some superb saves from Filip were keeping Jets in the game

Manager Tim O’Sullivan was fuming at the lack of effort and awareness of the game and made clear they had just ten minutes to respond or three changes would be made.

Well in the first minutes yet again a sloppy not excusable loss of the ball sent United on route one down the wing. Jets looked like Tiger Moths chasing Concorde and skipper Tom Gibson poked the ball into his own net desperate to stop it getting to the numerous unmarked players. It was over, Jets in tatters today had capitulated. 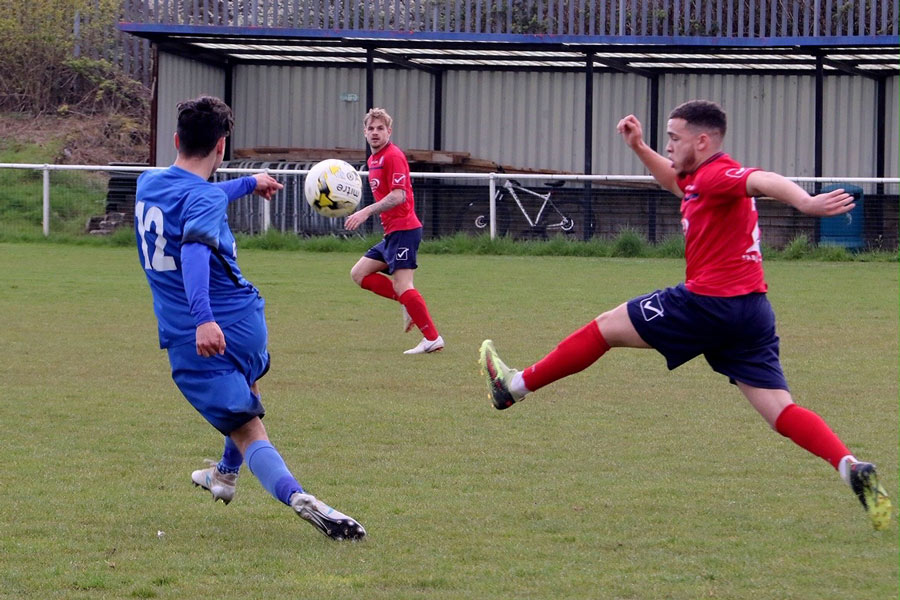 Three changes were made, and it was Jets best spell, Sean Giordmaina was denied by a good save with a header, and Nick Kerley went close at the post. The main trouble now was getting the balls back from the farmer’s field as so many were inexplicably blasted high out the ground today.

A good save denied Sean Giordmaina

Nick Kerley went close in a better spell from Jets 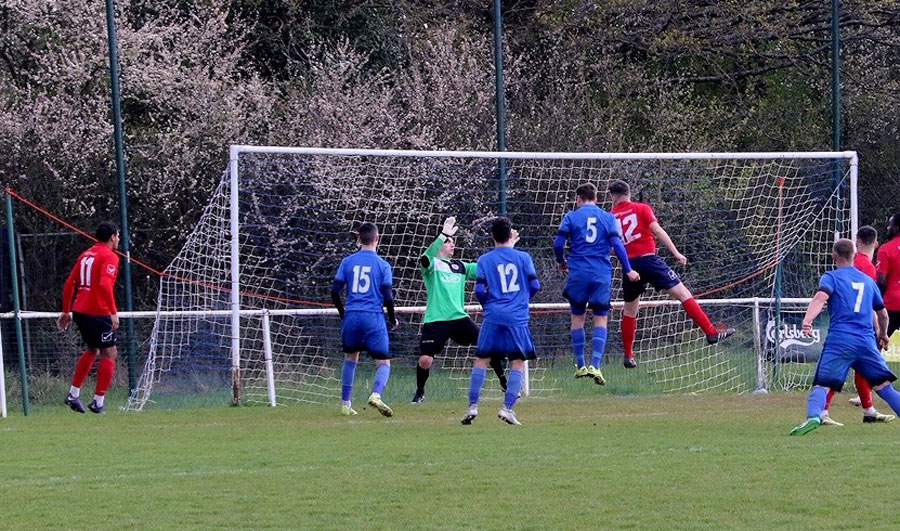 Jets pulled a goal back with a Scott Bonner header from a perfectly placed free-kick. The response after that though angered the manager as he expects more fight from his team. Pull one back yes, eight minutes to go, keep going, get another but never give up.

Jets today got burned off out of sight again and the easiest of slots no4 within two minutes made it 1-4, end of game.

United were excellent today and look like a team ready to make a strong promotion bid next season. Jets, though, fell well short of what they are capable of. It was totally unacceptable today, and many people had a wake-up call.

Jets Man of the match was a two-player contest between the keeper and the midfielder. The manager picked Andy Brennan as the clear winner. 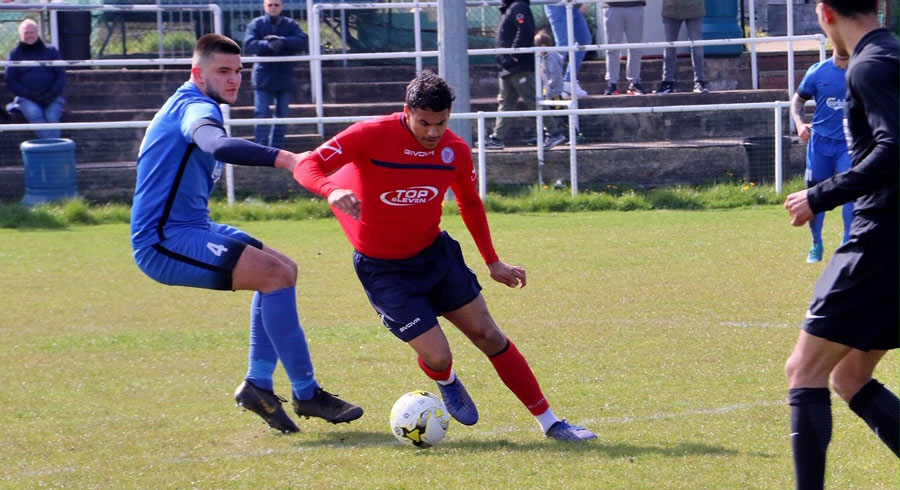 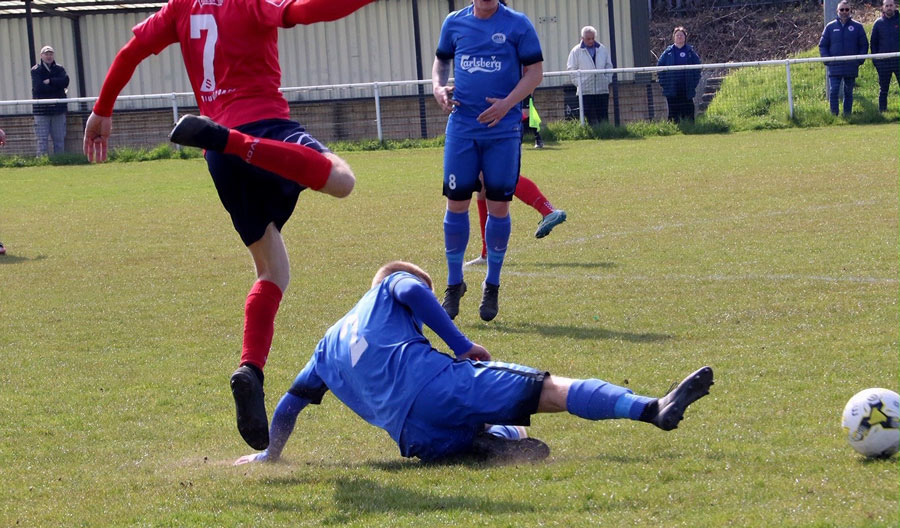