First and most importantly Jets and Leverstock Green paid respects to Leverstock’s Graham Smart who tragically passed away last Friday, the Smarts and Elliott families have shared football clubs friendships for over 40 years and the upsets by both this month were evident all day. Today was to pay total respects to Graham and all his family. RIP a great man to his club and grassroots football.

The football seems irrelevant to recent events, but Levi finds themselves needing to remove any relegation fears, having started the season as one of the title favourites. Changes in fortunes and playing staff has seen them slide into trouble, but I think they’re safe, but we all know the magic line is always in your mind.

Today Levi could and should have had a point, they started better, they finished better, but as we found last year, Lady Luck deserts you when you need it most.

With just two minutes gone Levi battered the post with everyone bested from 6 yards and groundsman Graham O’Brien’s comment sums it up. “I’m surprised the goals still standing with that one.”

It was still 0-0 though and the game warmed up. Matty Evans twice denied, and Jets were making little impact, most shots not staying in the ground. The busiest people were the ball boys searching for the missing match balls. 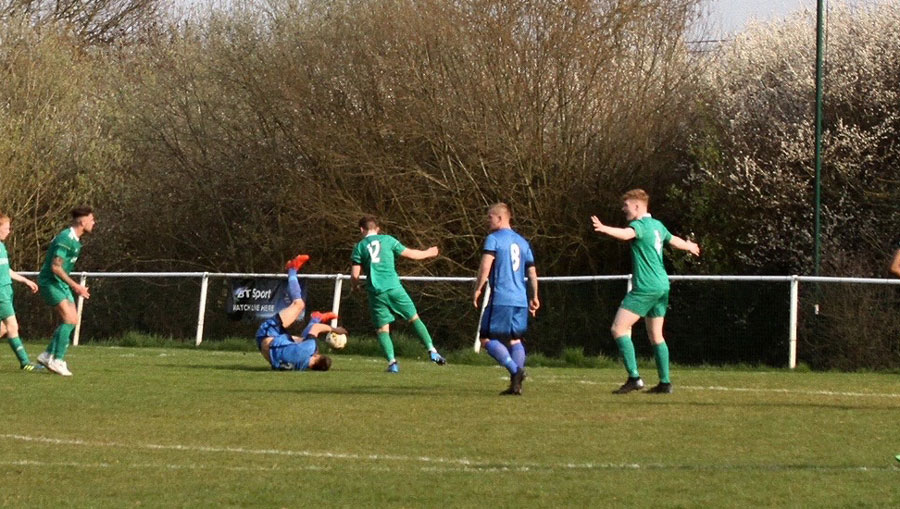 Tom Gibson brought down for a penalty

The ball flips over the crossbar and it stays 0-0

Jets did hit the post and a few times Levi broke, but the best chance was when Brennan robbed a defender, but his shot was high. Then what looked like the breakthrough when Tom Gibson, on a charge, was taken down. For the third time in a row, however, a missed penalty this time George Hobson dipping his colours.

Jets really do look out of salts and ideas at the moment and snatch shots and overplay ruining so much of their efforts.

The second half was a little better, but both sides lacked that cutting edge. 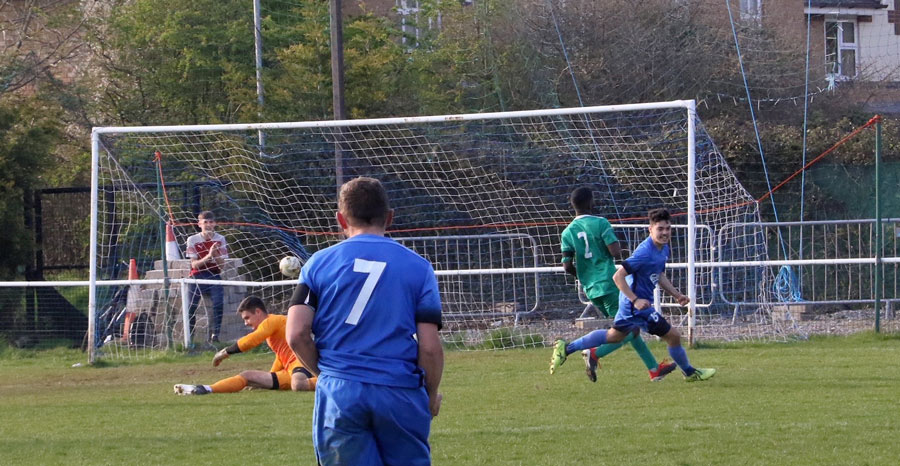 Sean Giordmaina, on as a sub, slots the winner 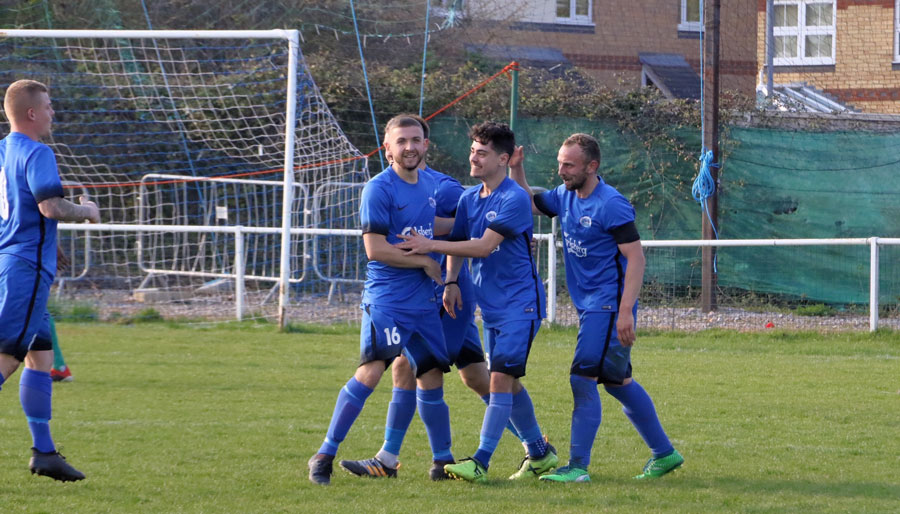 Jets moved first, and it was a winning move by boss Tim O’Sullivan. A double substitution throwing on Sean Giordmaina and leading scorer Nick Kerley, and within minutes it worked as Kerley threaded through a pinpoint pass for the teenager to thump home 1-0 and a breakthrough. The same combo nearly got a second and a penalty appeal as Jets looked to finish the job. 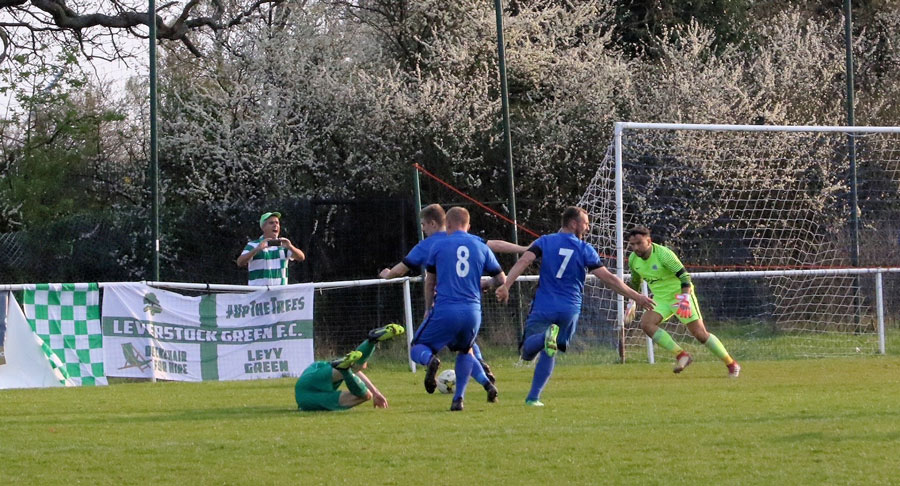 Big penalty appeal for Levi but nothing given 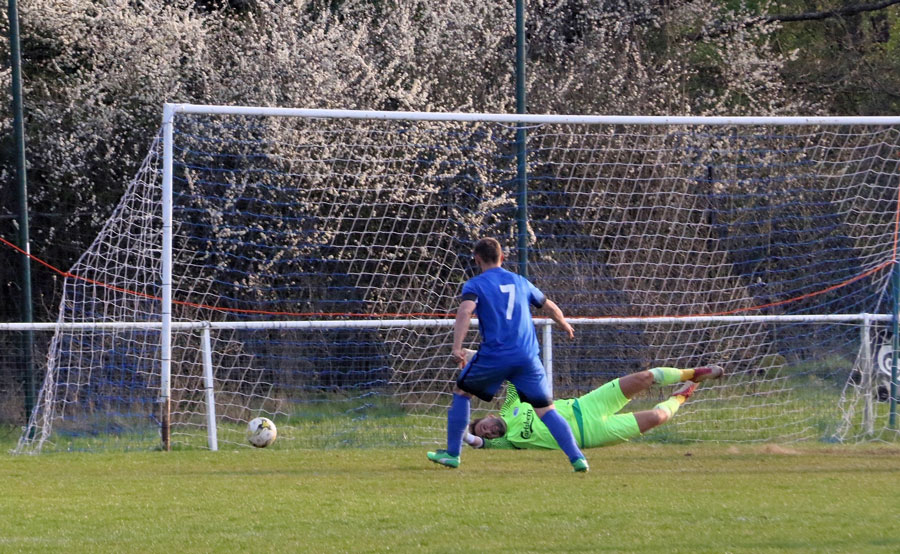 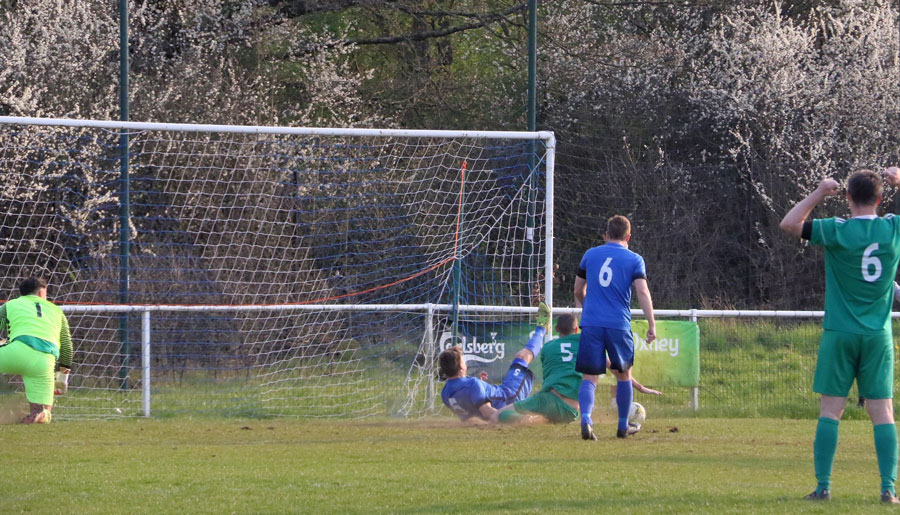 It was the opposite and Levi pushed forward and had a big penalty appeal turned down, then an incredible save by Matty Evans turns the ball onto the post, and as it rolled across the goal, somehow Scott Bonner cleared it with Levi pouncing., Bad luck for Levi but brilliant defending from Jets. 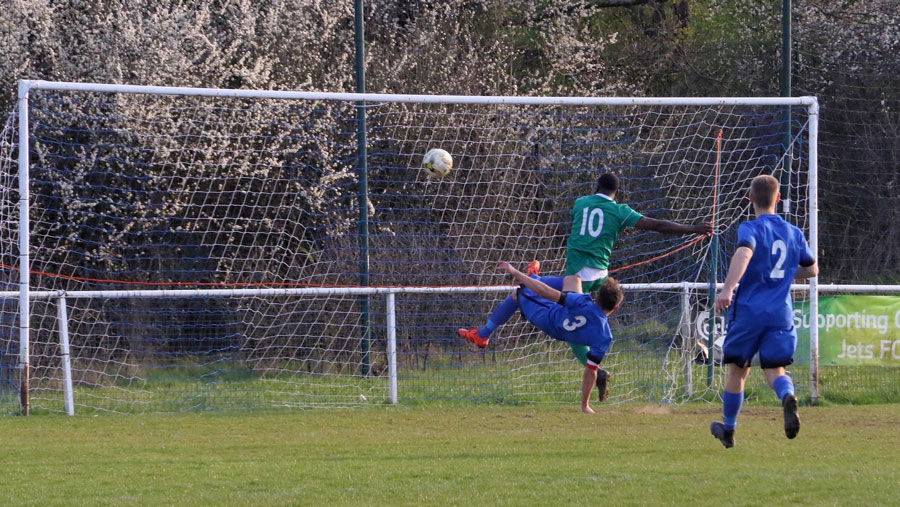 In stoppage time more drama as Levi looked to have the goal and point they deserved. Evans was chipped and beaten and the ball goal bound, BUT inexplicably a Levi player standing offside but not interfering with play ran in and hammered it into the net… for offside against him. No goal and Jets had the points. It was hard on Levi as they search those final safety points. 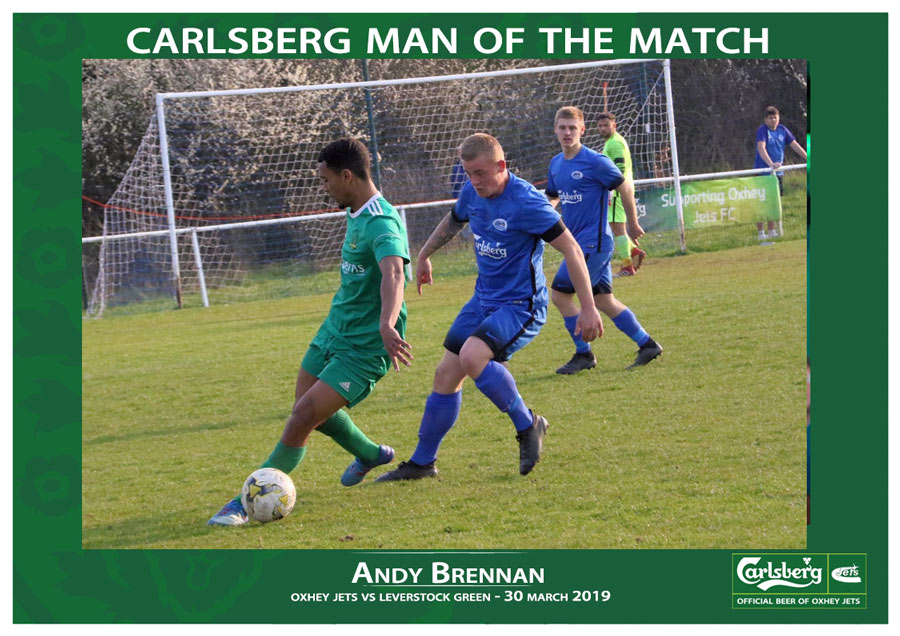 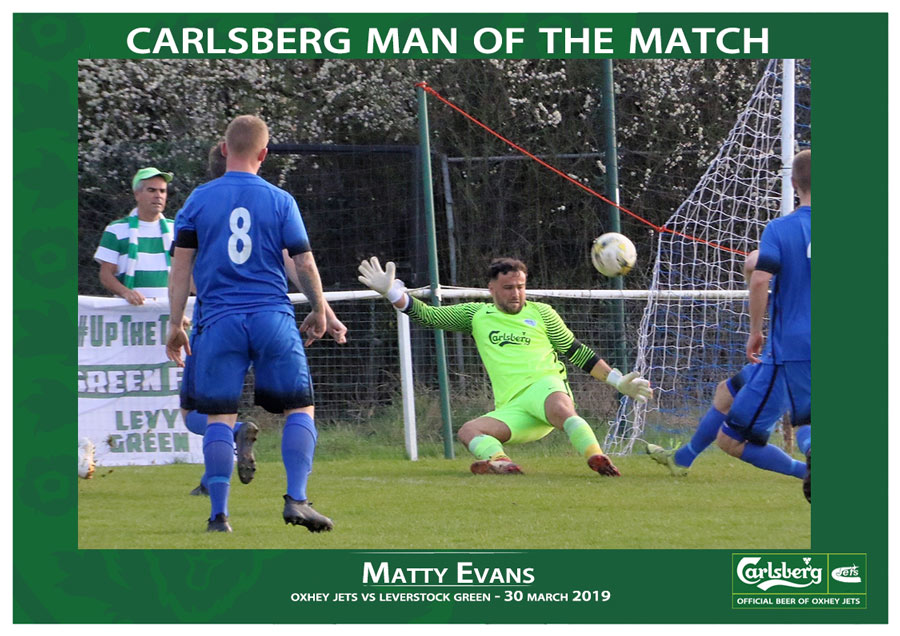 Man of the match was shared on the day between the energetic Andy Brennan and the outstanding keeper Matty Evans who saved us time and time again…. again !!

Both teams meet again on Tuesday at Pancake Lane in the St Mary’s Cup Semi-Final. 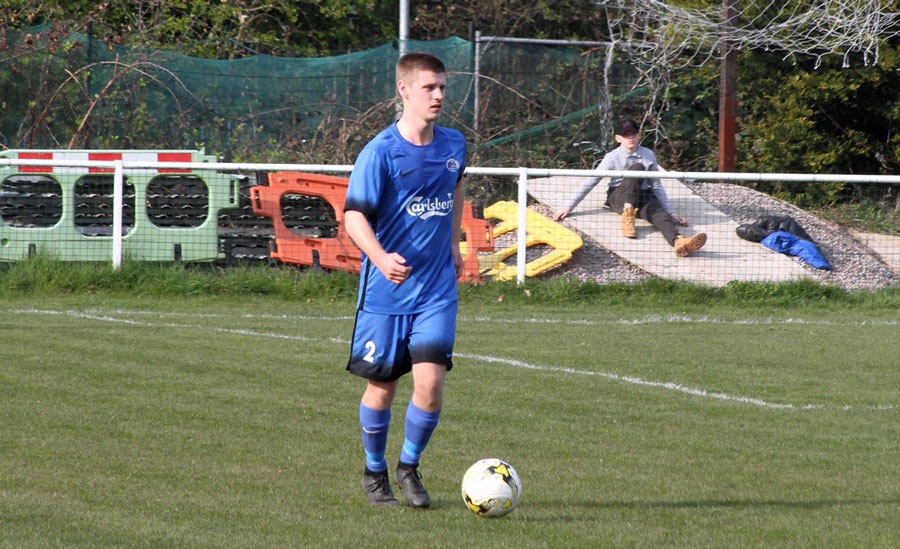 Good to see Harry Beaumont back in the team 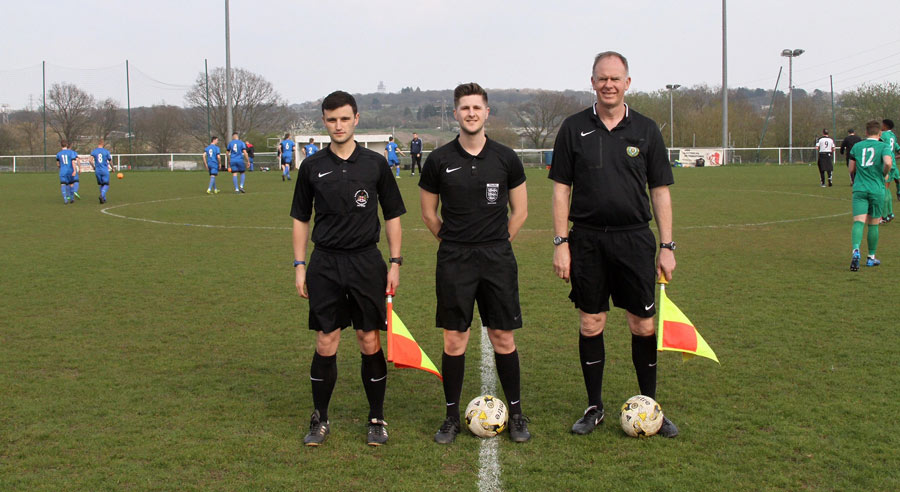 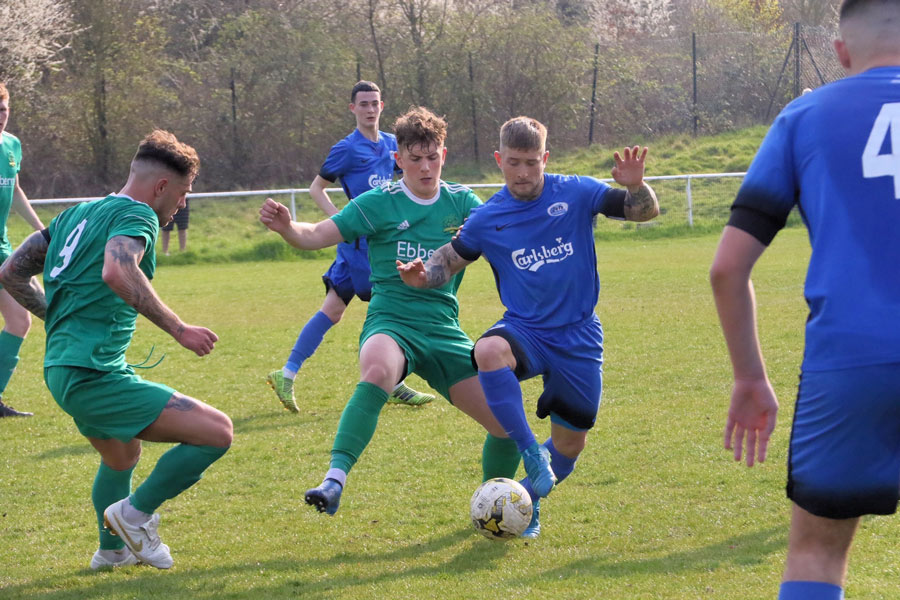 George Hobson tries to work his way through the Green defence