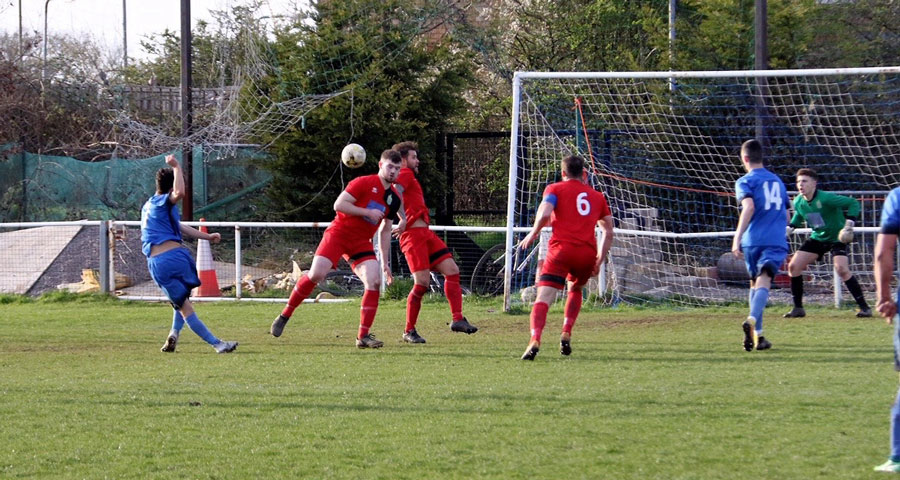 It was a bad day at work as Jets failed with just above a wimpier to their third consecutive defeat. One against Hadley was an excellent performance, Arlesey was good until a team collapse with only ten to play going from 1-2 to 4-2 in that short time, but today was by the standards set this season fairly pathetic in desire and attitude and almost embarrassing in self-acclaim and not teamwork. 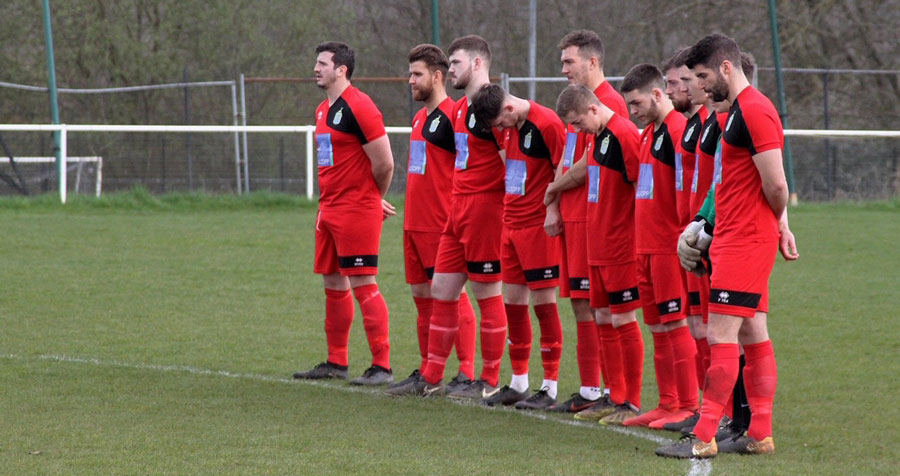 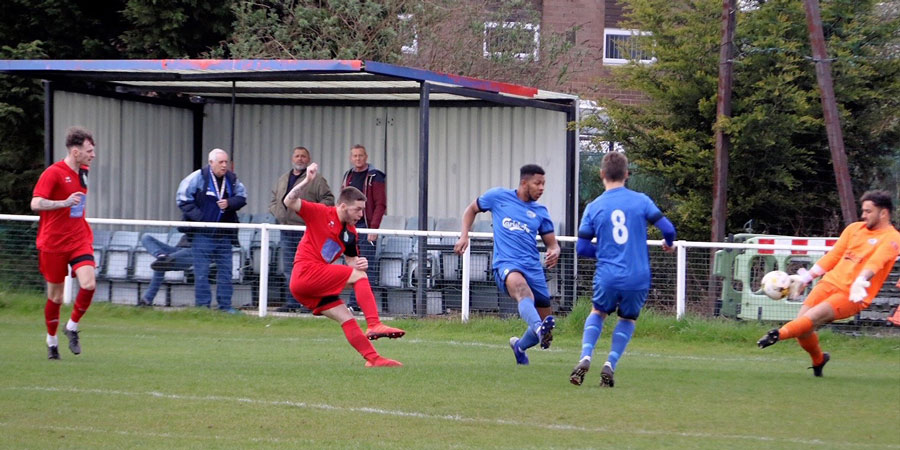 Harpenden started fast and went close with this blistering shot 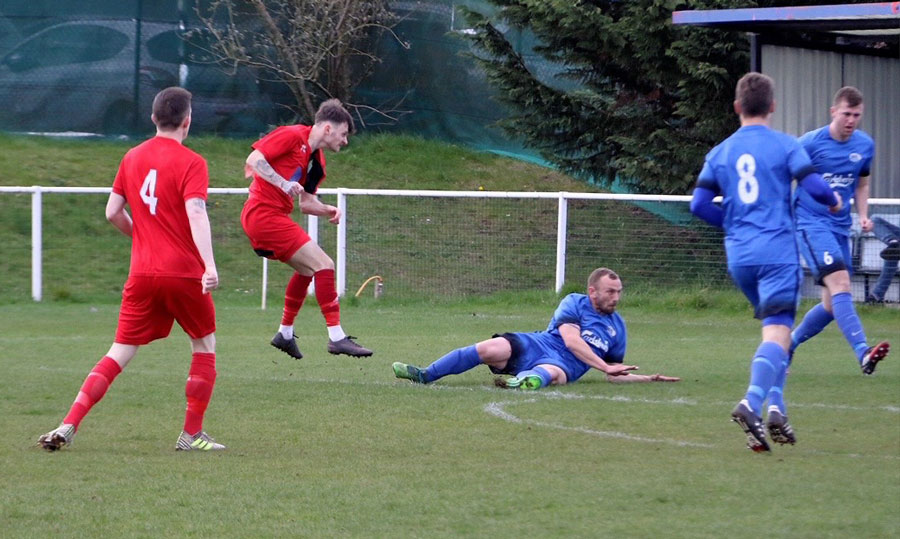 Jets had a good save by Evans before going a goal down after 3 minutes in what was the winner. The result could have been worse, but a big Harpenden penalty appeal was turned down by the referee. 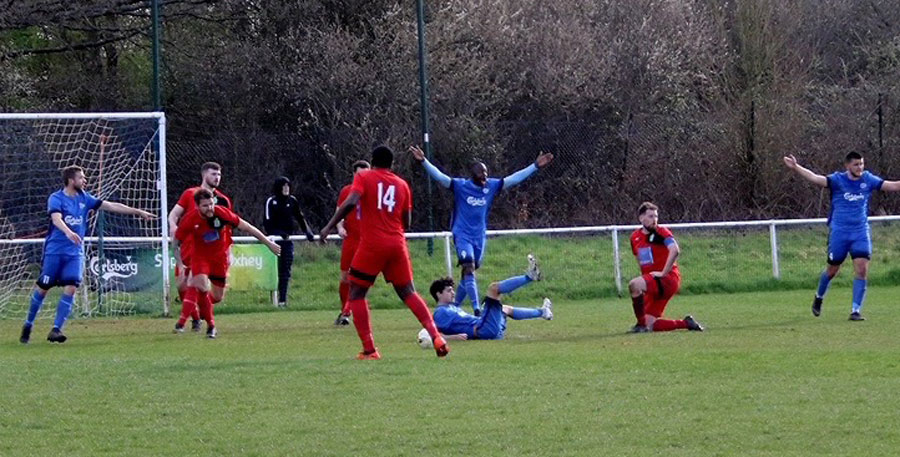 Sean taken down for a pen

Minute’s later Jets had a bolt-on opportunity to go level when Sean Giordmaina was taken down. For the third match running a penalty decision had a significant impact on Jets lack of points. Three games ago a 96th-minute miss by Kerley, last week the penalty that was bottled by the officials after discussions with the Lino 60 odd yards away on the far side of the pitch. Now this week another Kerley miss softly down the centre to the waiting keeper, left it at 0-1.

Easy pen save for the Town keeper

Jets should have had another penalty when Kerley himself was upended, and I can’t explain why that wasn’t given.

Jets pressed, Harpenden had a walking wounded team but battled and battled and on the break looked more dangerous than Jets who played as individuals rather than as a team going forward.

At the break, it’s fair to say the manager was not happy. There was a response, just, but with fifteen to go although mostly Jets there was not a good shot on target. The houses were hit and the ball net busy, but the attempts were at best mediocre and the set pieces worse. Very frustrating!! 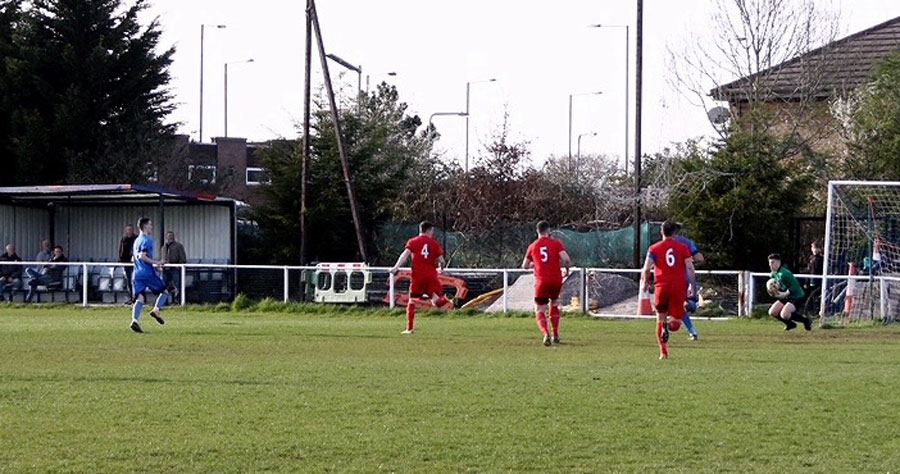 Sean Giordmaina went closest for Jets, inches past the post

Last fifteen it was slightly better. Sub Ollie Lawford had a chance but was weak but at least hit on target. Then Sean Giordmaina looked as if his curler had saved the day, but it went this time inches wide, but definitely the closest of a mediocre and disappointing day. 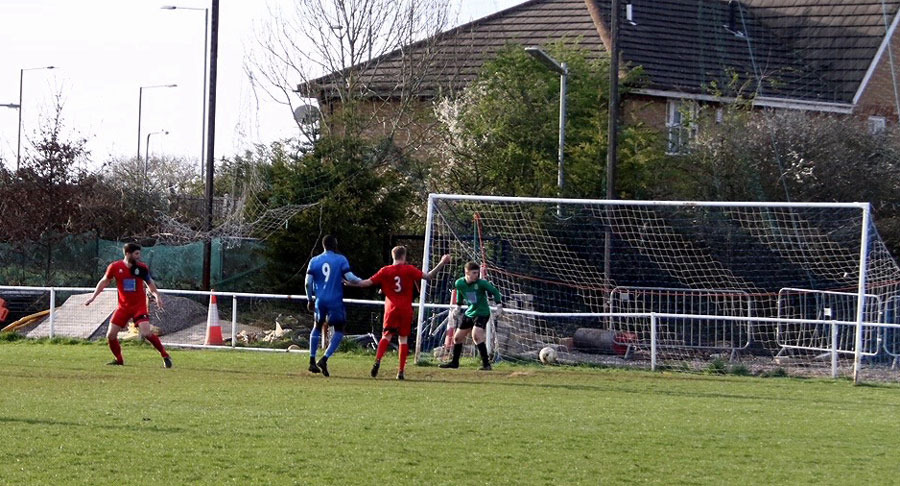 Relief for the Harpenden defence as Brennan’s shot goes wide

Things got worse for Jets when after a yellow in stoppage time Kyle Johnson chose to abuse the referee and got a straight red to all but finish his season and end a miserable day for Jets in an even worse way.

Man of the match Andy Brennan could have only been challenged by Matty Evans for the nod. 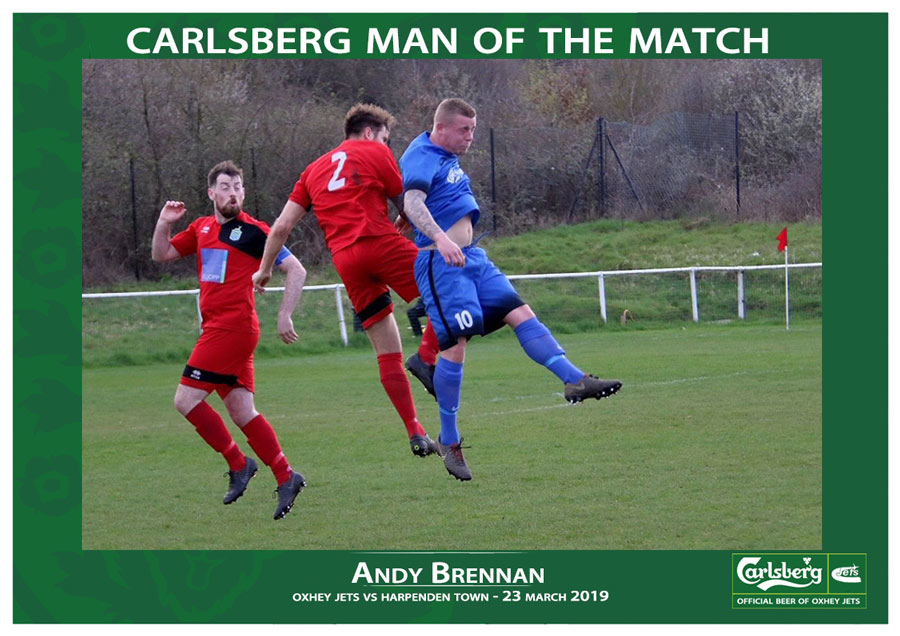 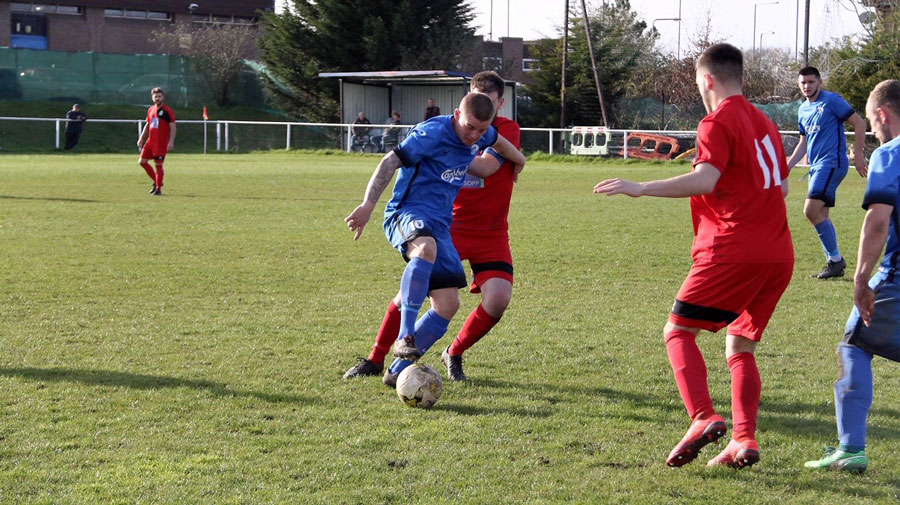 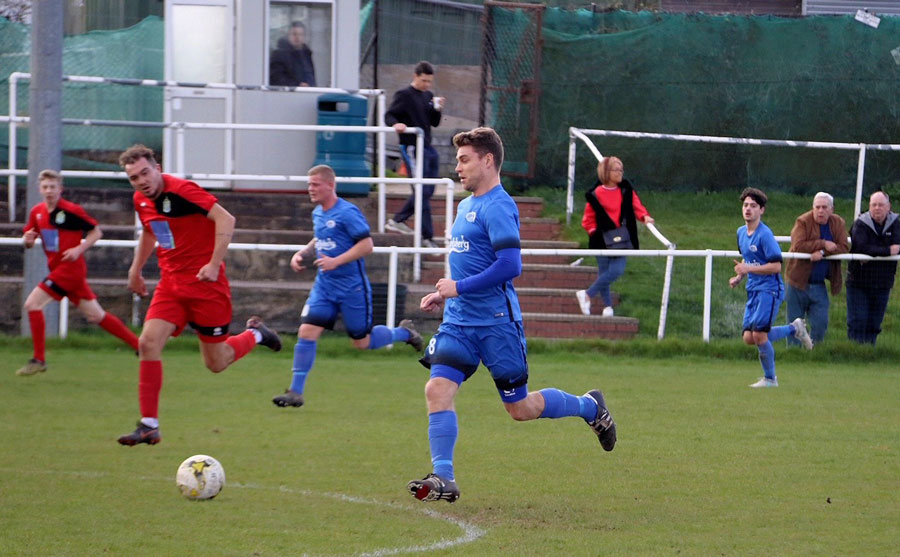 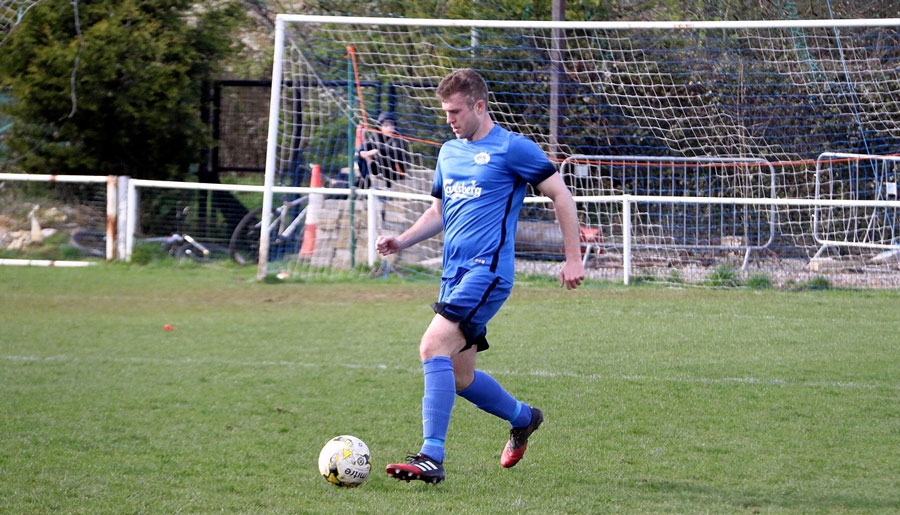 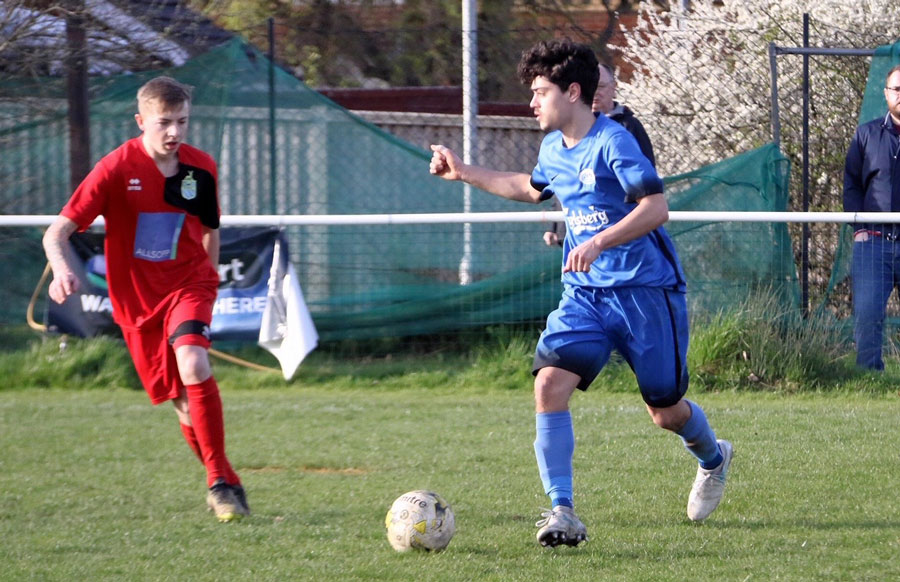 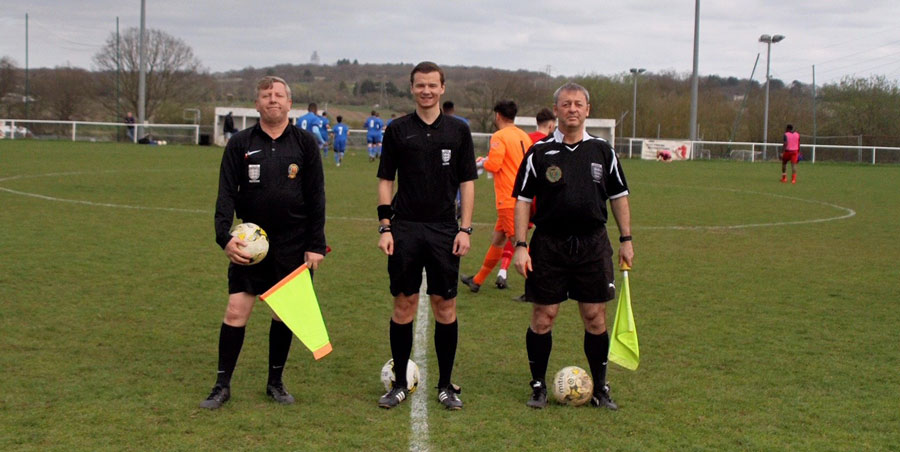