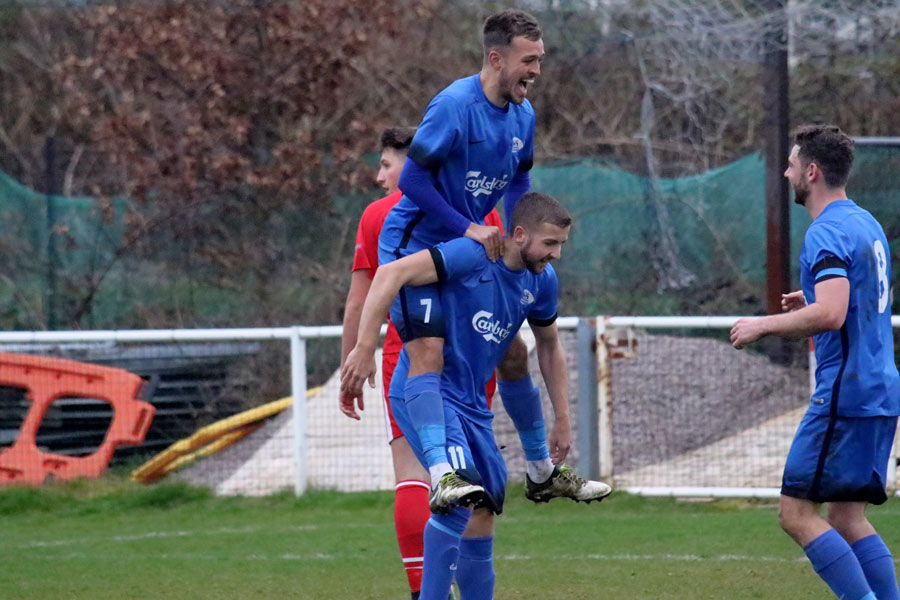 While the Reserves were playing their semi-final, the first team had no meaningless game either taking on local rivals London Colney at home. The two sides have played each other twice this season, both at Colney, Jets winning the league match and London Colney the cup tie.

Tim O’Sullivan rotated positions and the team, and it was to be a fierce battle for much of the game that was a handful for the officials who rose to the challenge. 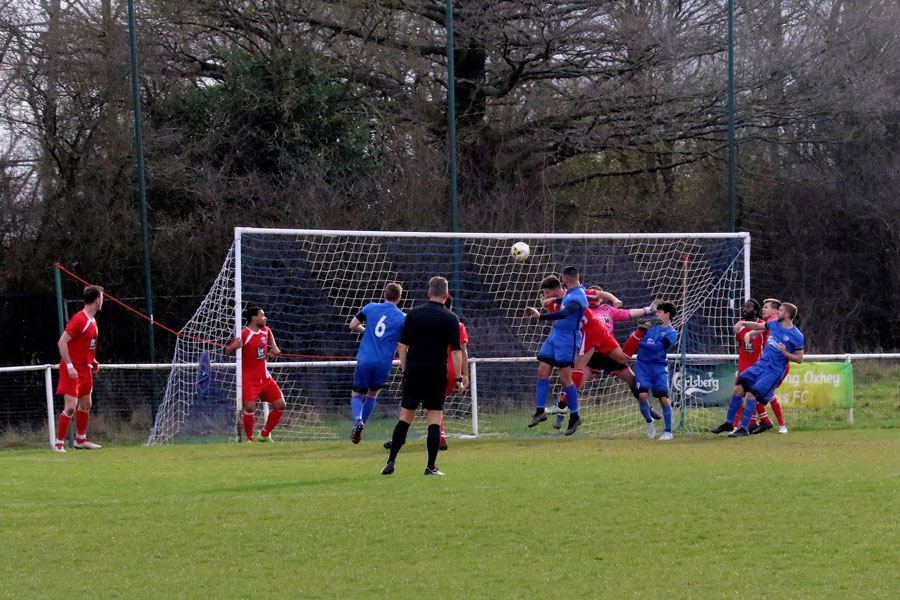 Henry Marku with a clean header for 1-0

Jets took an early lead through young Henry Marku who, after a bit of Jets pressure, headed clean from a corner powerfully into the top of the net for an early lead (1-0 9mins). Henry was lost to injury minutes later, and the battle scars were mounting up both ways as this was a very combative match.

Jets lost Henry Marku to injury soon after the goal

There were a few comings together, and similar cards and not much to choose between the sides, but Colney missed a sitter with a back-post header, and the treatment table was the busiest part of the break at half time. Jets 1 London Colney 0

Jets reshuffled, Tim unhappy with the way things were going and we looked better and more dangerous in the second period, Nick Kerley went one on the keeper and should have doubled the lead but slotted wide. 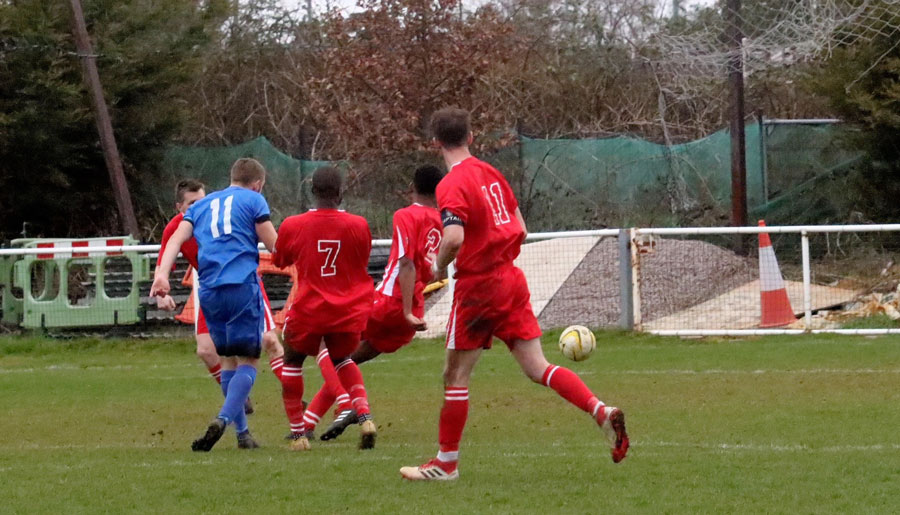 Jets and the matches arguably best move of the game paid the rewards when Sean Giordmaina combined with Luke Jones and Leigh Stevens to play in Nick Kerley to double Jets lead (2-0). 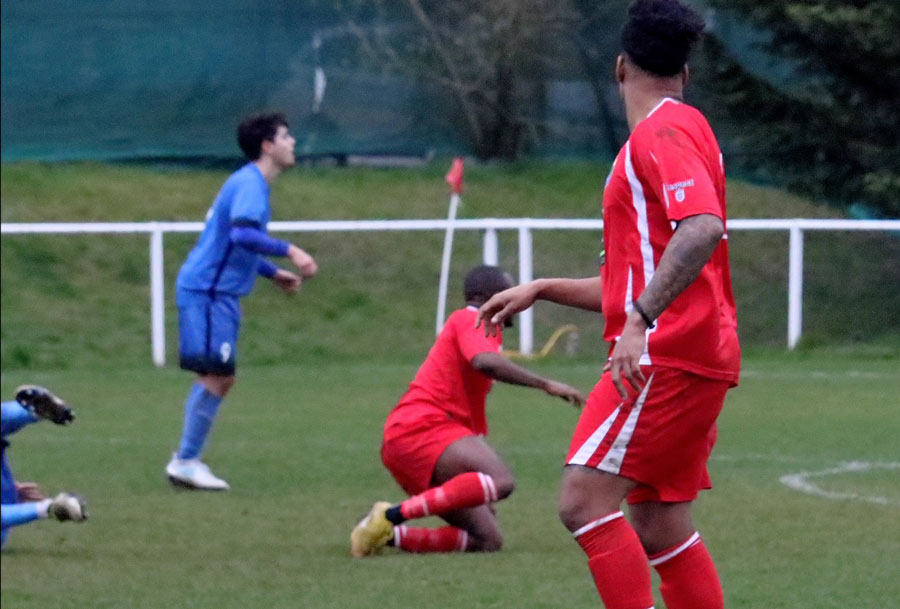 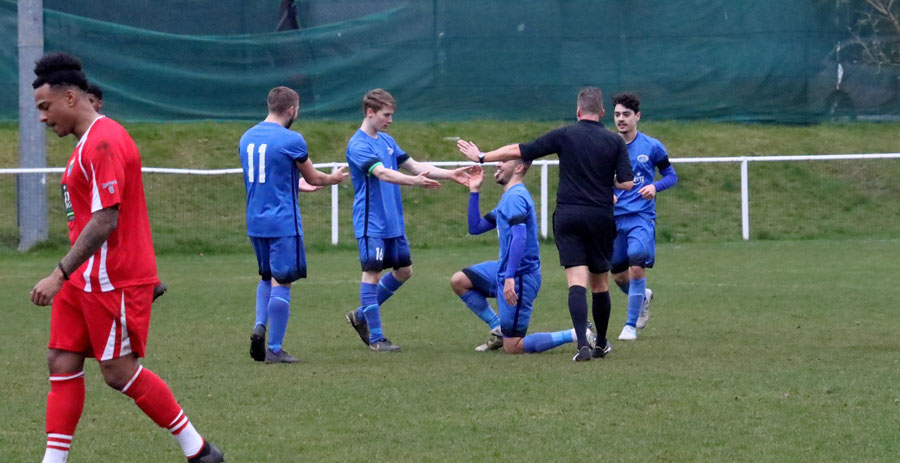 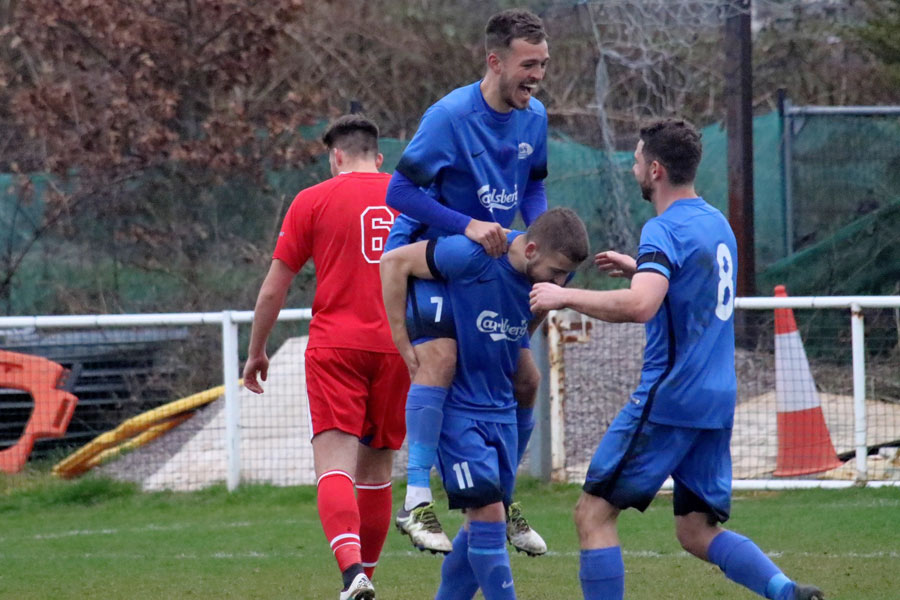 Jets were buoyant and when a spectacular Luke Jones made it 3-0 there was no way back for the blue boys. It is Jets third double of the season, and mathematically Jets passed the bottom two teams points possible to have no interest in the relegation chase for the first time for a few years. Jets climb to a dizzy 8th place and 46 points. 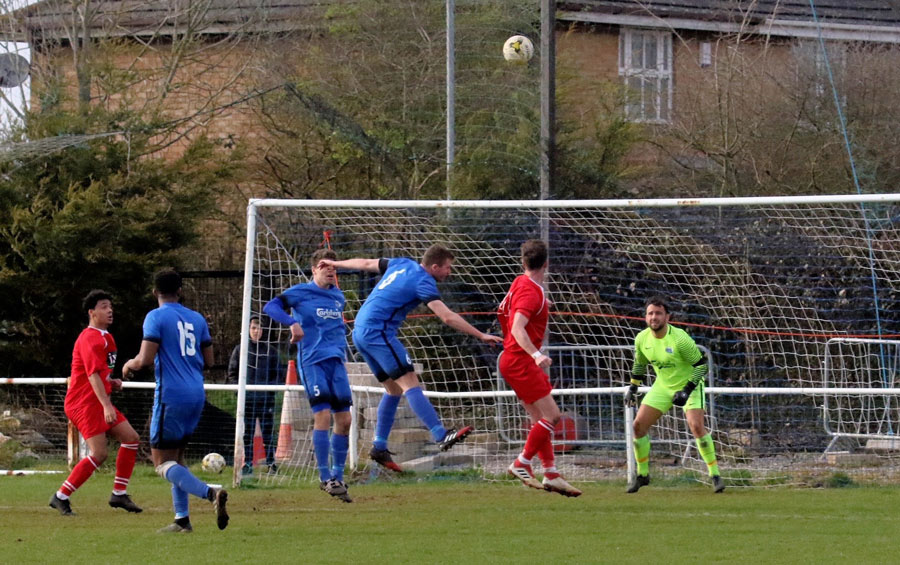 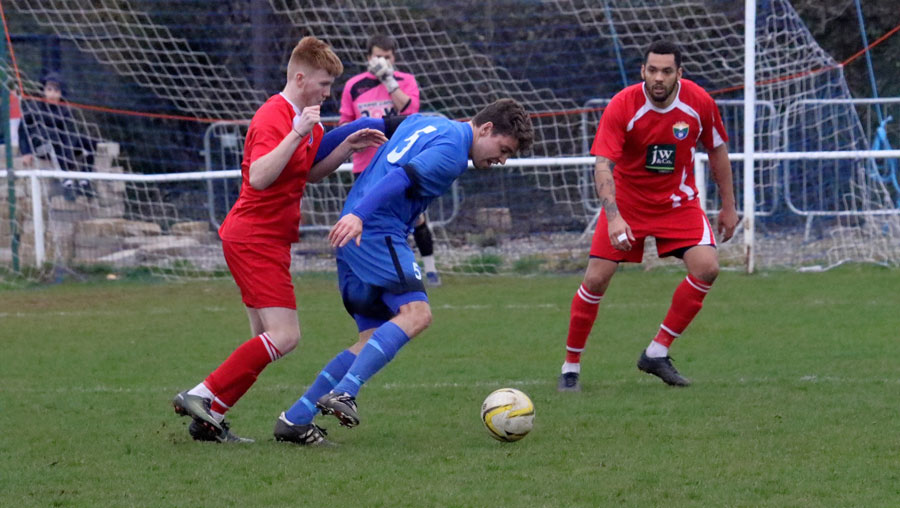 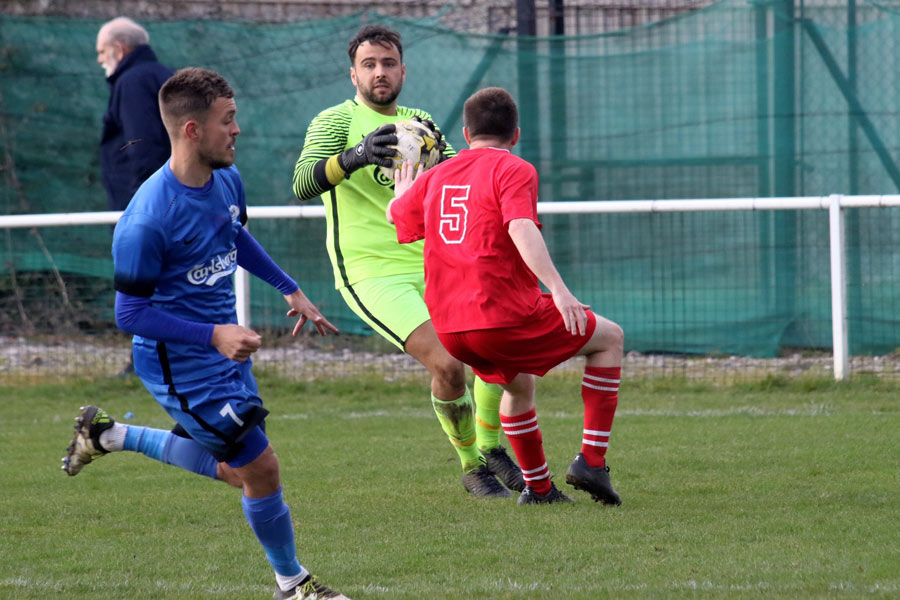 Matty Evans had to be on his toes today

As much as 3-0 sounds a big score, it was also a massive tribute to the defence too, and by three votes to two a Jamie Speer edged out Leigh Stevens to the man of the match award.

These are the Saturdays we love to enjoy. 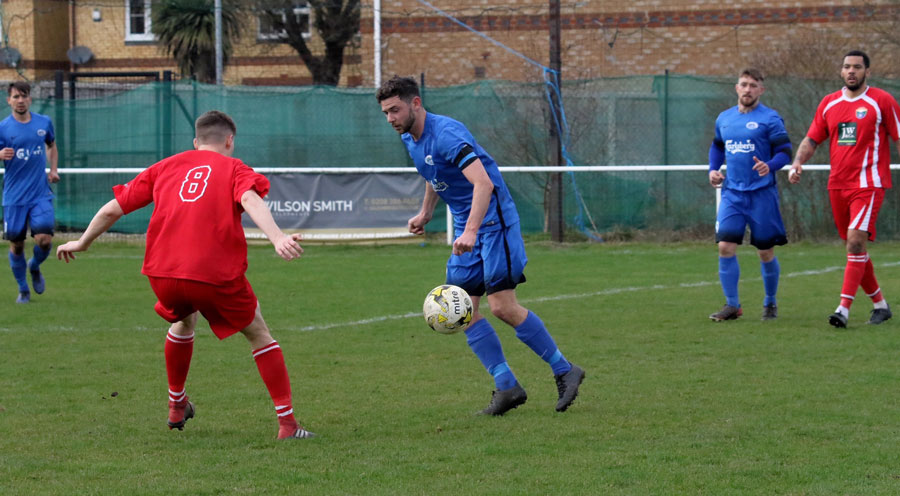 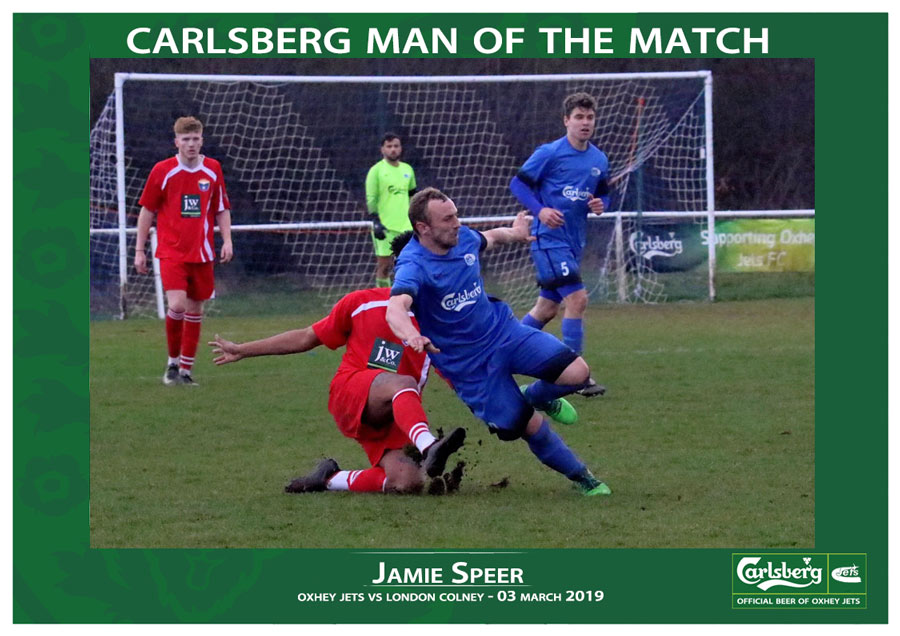 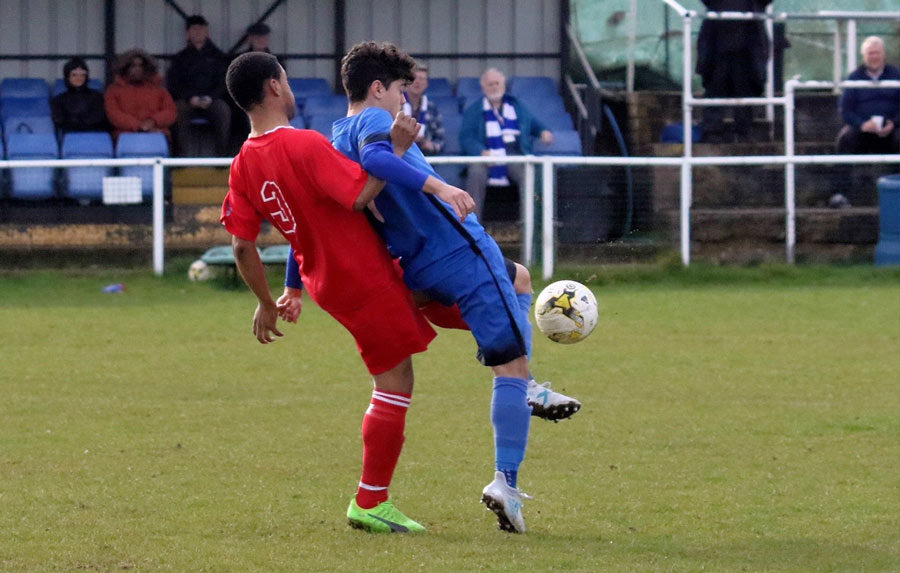 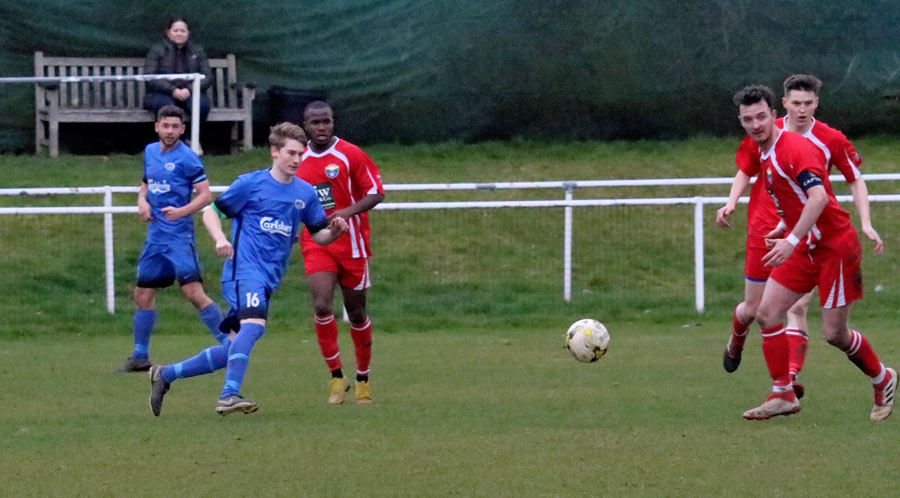 George Turner made a big impact when he came on 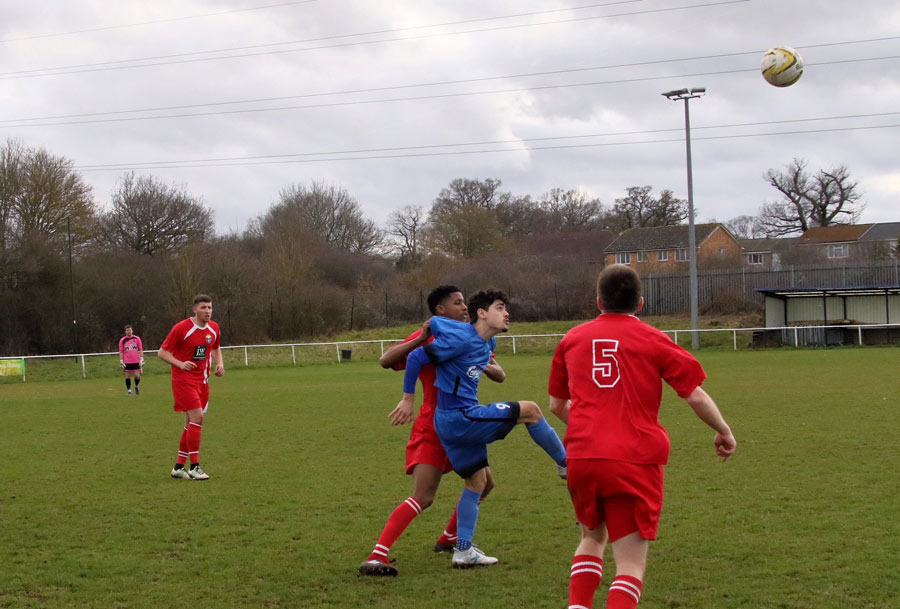 Shirt swaps should be saved until Full time 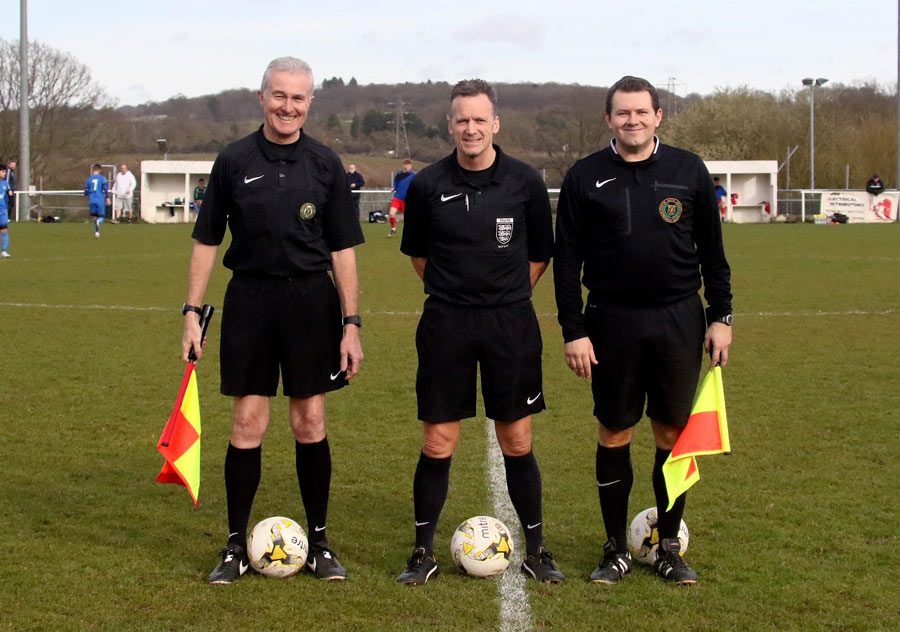 A tough ‘no prisoners’ game for the match officials