It was the “10 dog” show again today as Luke Jones supplied two class finishes to snatch the three points from Stotfold.

Jets forced to make changes in personnel and positions today didn’t get out the blocks in a quite uninspiring performance compared with previous early games. Manager Tim O’Sullivan places much importance in what he calls his “10dog” position and for the third game running Luke Jones has produced the goals and performance getting his fifth goal and third star player on the bounce. 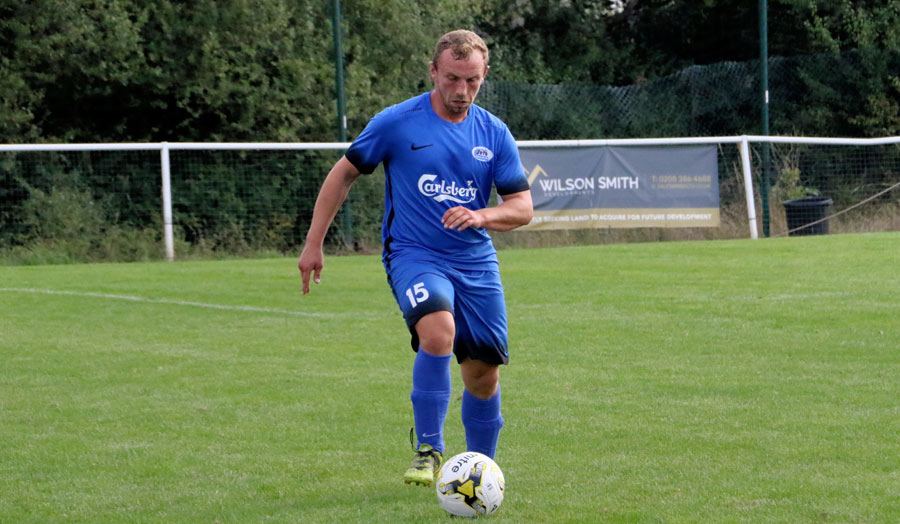 A welcome return to Jets for Jamie Speer 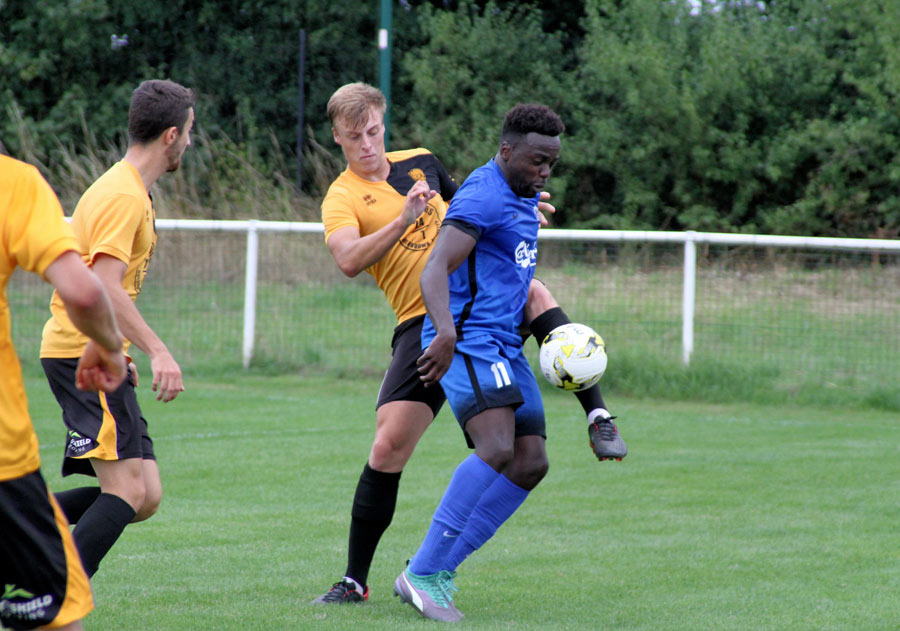 Ashley Fongho was pushed up into midfield as part of the reshuffle.

The manager shuffled the pack bringing on skipper Tom Gibson almost straight off the plane from Canada. There was also a return to the club for Jamie Speer who was player of the year in the last season he played here. Unfortunately, Vass Mandeville turned up too late to start. 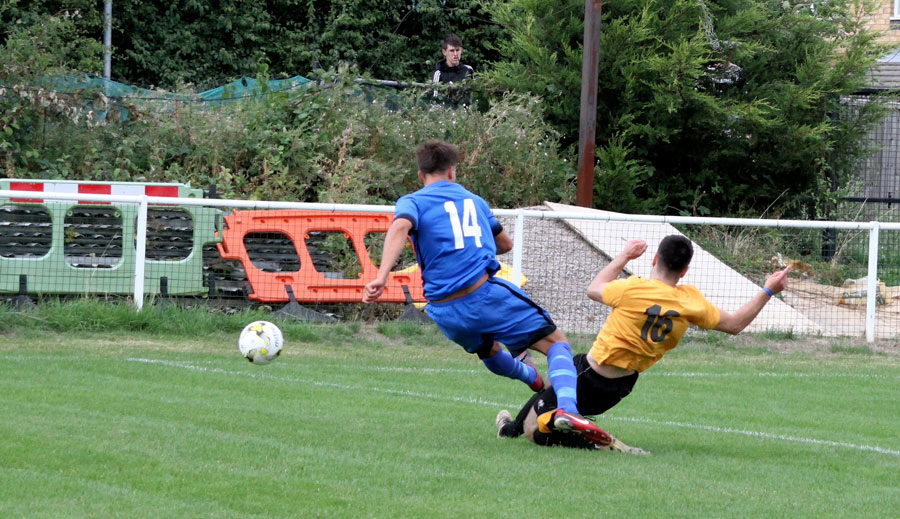 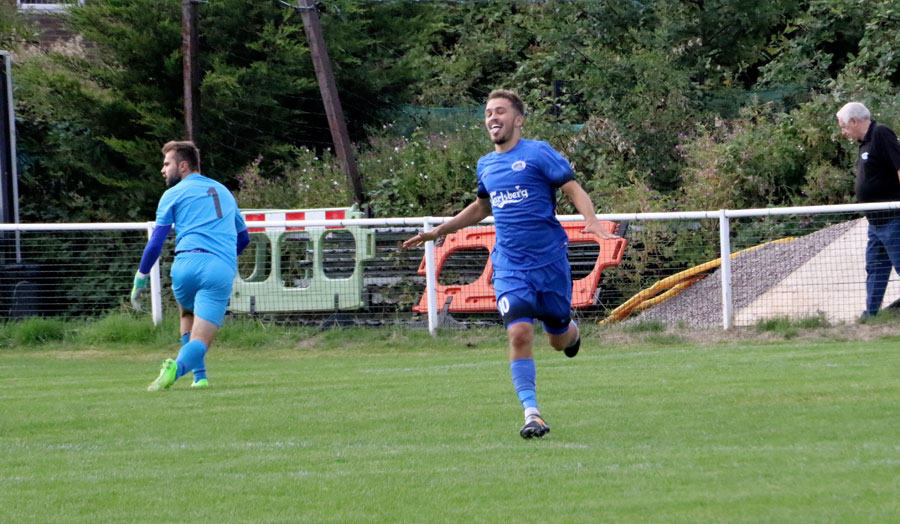 The game wasn’t a stunner today with Stotfold, wanting to get the season off the mark, playing tight and deep and restricting Jets.

Stotfold almost levelled quickly when a ping pong display had the ball bouncing all over but, finally, Jets cleared their lines.

Andy Brennan rolled his already struggling ankle and was replaced for the second half. Chances both ways were at a premium, so the early goal settled the half, Jets 1-0.

It was the visitors doing most the pressing second half and Harry Beaumont and Scott Bonner were to have a superb fifteen minutes as Jets now kept tight and soaked up the pressure. Honest reflection is that Jets were under pressure. A magnificent save by Matt Evans feet kept a problematic one out and Jets were looking lethargic. 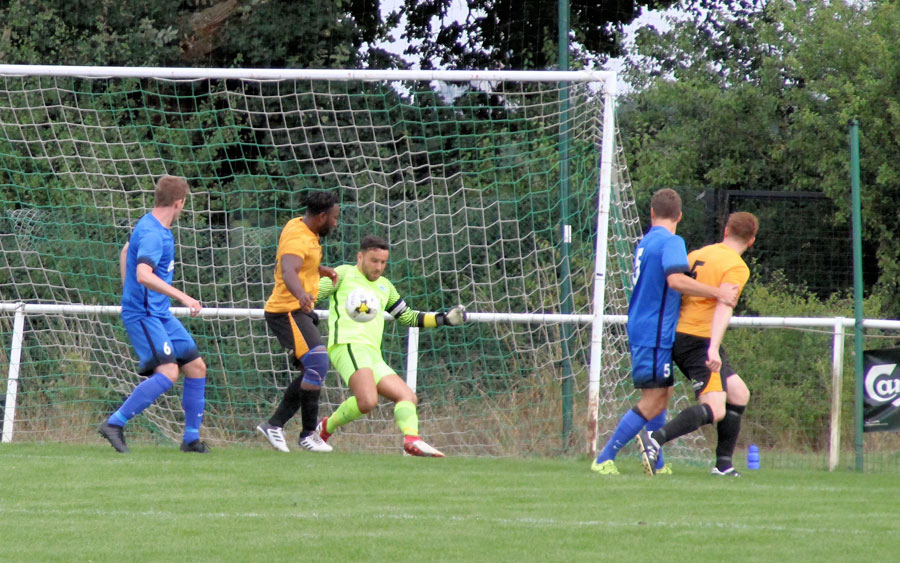 Super save from Matty Evans.

At last Jets got back in it and two glorious chances came and went for the ordinarily deadly Nick Kerley, who first went clear 1:1 with the keeper but slotted wide, then was played in again on the keeper but this time with a defender in attendance slotted wide on the other side.

Uncharacteristic miss for Nick Kerley when 1-0n-1 with the keeper.

And another wide! Five minutes to forget for Nick.

The attacker looked angry with himself on 90 mins when a weak shot went innocently wide. Instead of sulking he turned his anger into a burst of hunt the ball down, grafting and winning the ball. He then laid a peach to Luke Jones who shrugged off the defender and coolly drew and slotted round the keeper to get the points safe (91mins).

Nick Kerley made amends by winning the ball and setting up Luke Jones.

Jones causes chaos in the Stotfold defence before slotting home.

It was harsh on Stotfold today as they worked hard and deserved something but, for Jets, the clean sheet and two acts of individual skill swung the day. 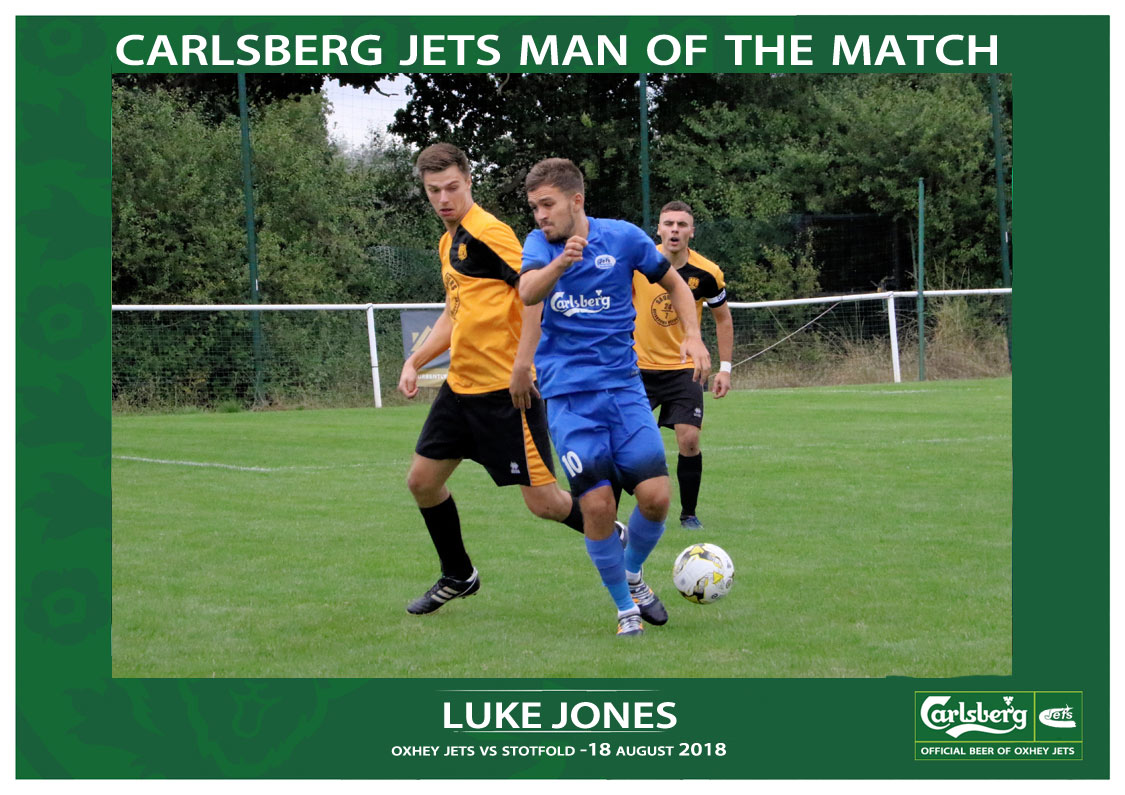 Man of the match wasn’t a foregone conclusion, with under pressure Scott Bonner and Harry Beaumont at their best, but the post-match players’ talk was unanimous, Luke Jones for two more top goals which now takes him to the front of Jets goals table.

Reserves:
Jets reserves started their league season in the Herts senior county league under new management of Tom Bullock and Steve Booth and game away from a tough match at Oxhey FC with a credible 1-1 draw. Gary Yerby getting Jets goal and Man of the match.