It was Jets v Tring Athletic day today and Jets edged it.

The glory today goes to the Reserves who came back from a goal down in the Hertfordshire Intermediate cup Quarter-final to beat Athletic 3-1 after extra time.

0-0 at half-time, Athletic took the lead almost straight from kick-off to rattle the Jets. In severe conditions, today in the rain and howling wind Andy Amoah levelled for Jets late in the half to send the match into the extra half hour.

Goals from Luke Peters and “Ollie” sent Jets through to a semi-final against Hertford Town. Gary Yerby was star player and Scott Pugsley paid me to mention his two assists. Massive congratulations to Dean Ellicott and Tom Bullock in their first season in the management of the new side.

While the two Reserves were doing the cup battle, the two first teams were fighting out a nose to nose 0–0 draw at the Grass Roots stadium in horrendous conditions. 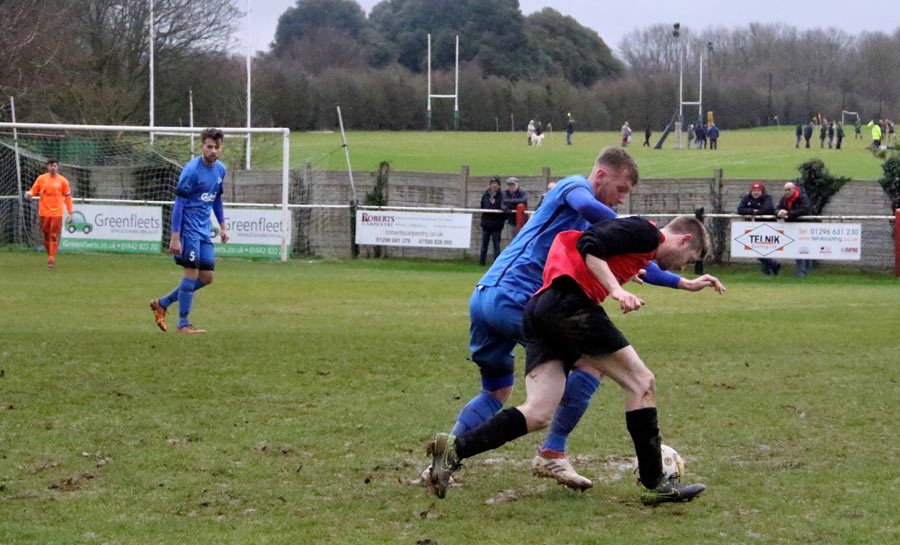 The Chilterns ensured much worse rain than the Oxhey game saw, it was driving down pre kick-off which left the pitch very slippery. The wind was howling down the pitch giving a massive slope and wind advantage that Jets wasted in the first half. 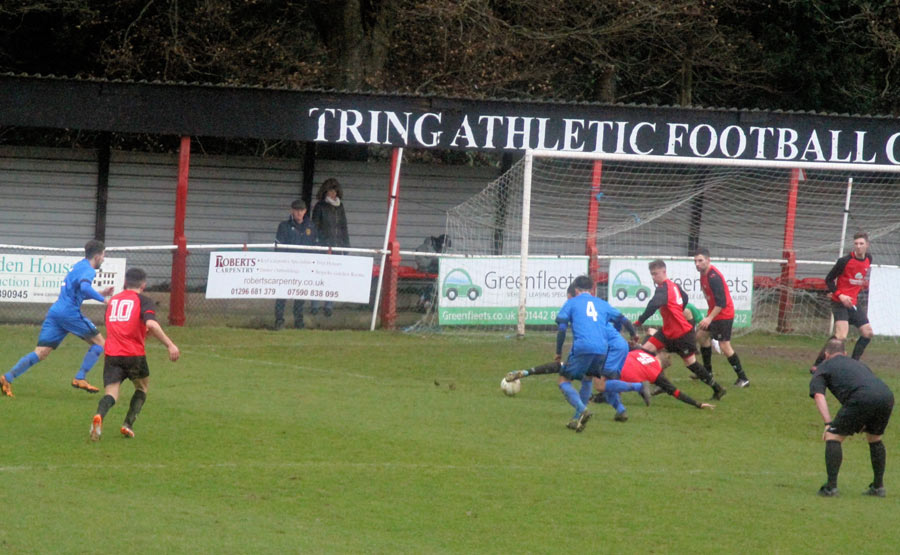 It was only Rob Partington who kept Jets on level par with two outstanding saves, one from a stunning drive. Jets had their chances but mostly scrambles, and the final ball often wasted the opportunity. 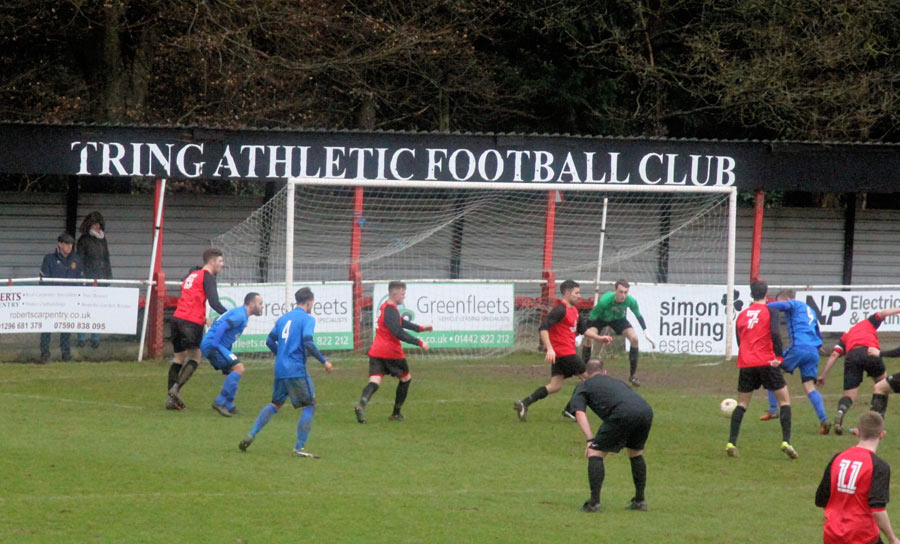 The nearest Jets came in the firs half

Tring with the wind and slope started brightly but, as Jets did in the first half, faded and by the end, it was Jets looking like they could take the points against the in-form Tring side who have been having a superb FA vase run to reach the last 16 of the illustrious competition. 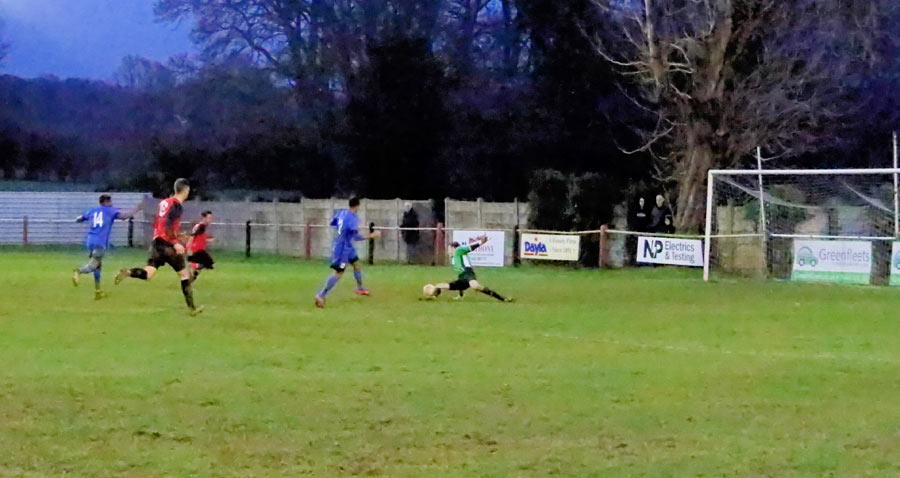 Lee Stedman switched the team and used all the bench and went for broke and it so nearly paid off. Sub One Sam Afolabi went clear on goal but missed the target. With just two minutes left Sub Two Lewis Davies missed a plumb on sitter, going clear 1:1 on the keeper with time he slotted so wide the Lino was in danger.

Athletic then sprung the break that almost cost Jets the lot. But with three cautions each, probably three chances each, both sides shared a fair point each and we headed home to wash the kit, and again, and again !!

After the mauling by Biggleswade in the last game two weeks, this resilient clean sheet was just what what was needed. 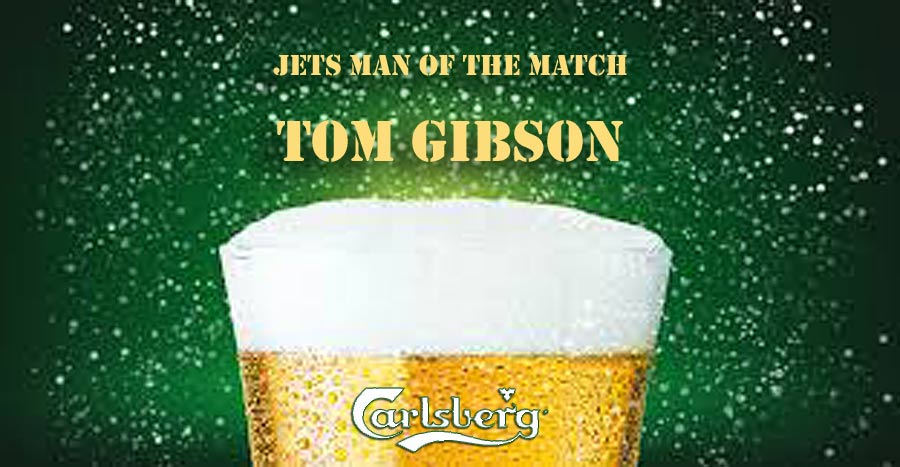 The Vets also had a hard game against “Old Parms” the reserve division leaders and drew 2-2, Ian Holdom getting one and Goalkeeper Steve Duce the other from his own goalmouth. 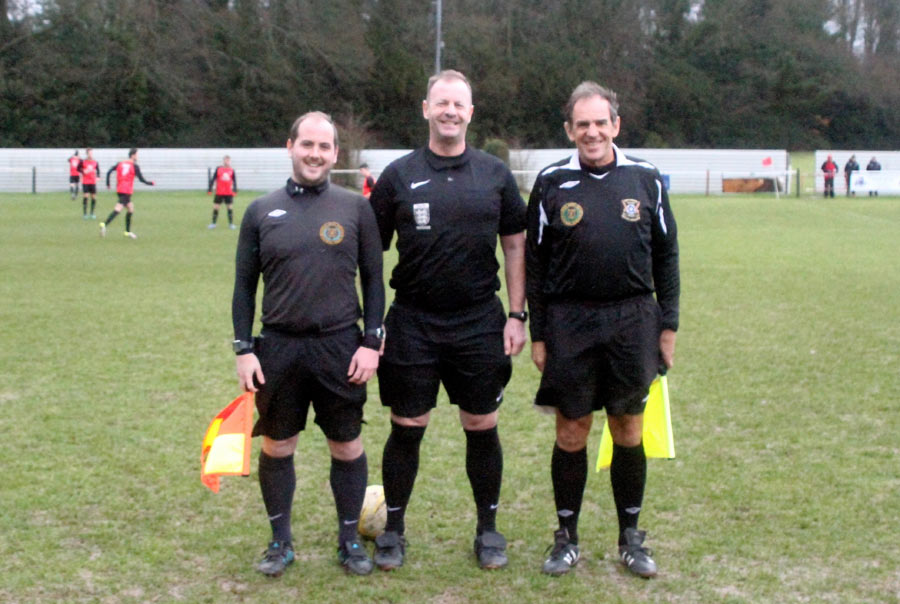