Jets Turned Over By Rejuvenated Town

Jets were definitely not flying first class in the Emirates FA Cup on Saturday. There was no cup run or glamour ending like the AFC Wimbledon days. We were well beaten, looking quite unprepared tactically or physically for the coming season.

Jets made a number of changes after the midweek 5-2 thumping by Berko in the Herts Charity Shield. That loss to Berko can be put into perspective by the fact Berko were 3 up in six minutes and ran out a record breaking 1-12 winners in their F.A. Cup match.

The changes unsettled the changing room and stand-in holiday cover boss Kevin Lawrence had his hands full getting the team focused. It is difficult with staff and players unavailable causing ructions. When are people meant to have their summer holidays in a sport that now stretches to ten or eleven months a year with season end of and pre-season stuff included.

The game started quite even. Jets had two young debutants and one returning older head. It was the latter, Wazza himself, who looked as if he could supply the magic to boost Jets. His early moves led to hefty but unpunished treatment for the shoulder dropping midfielder !!

Rob – as brave as ever – kept Town at bay

Town were making more clear cut chances, as Jets couldn’t really get the final control needed, but nothing that troubled Rob Partington too much in goal. The warning signs, though, of Town’s quick break game were there. 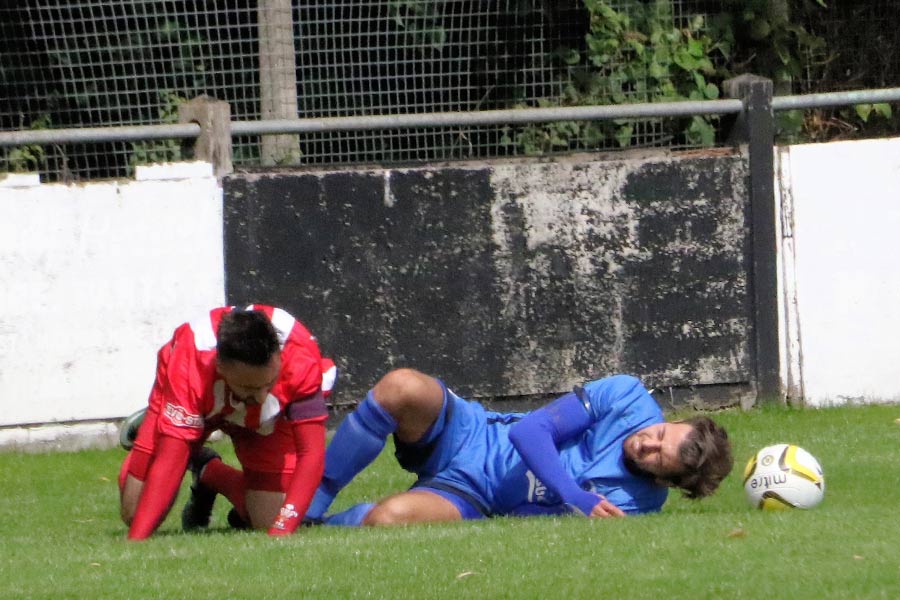 Town’s more physical approach upset Jets who felt the referee was being very lenient. Then from nowhere two yellow cards for the Jets’ two young debutants angered the Jets bench and players. Consistency was badly missing with petty offences being punished while heavy tackles were not. 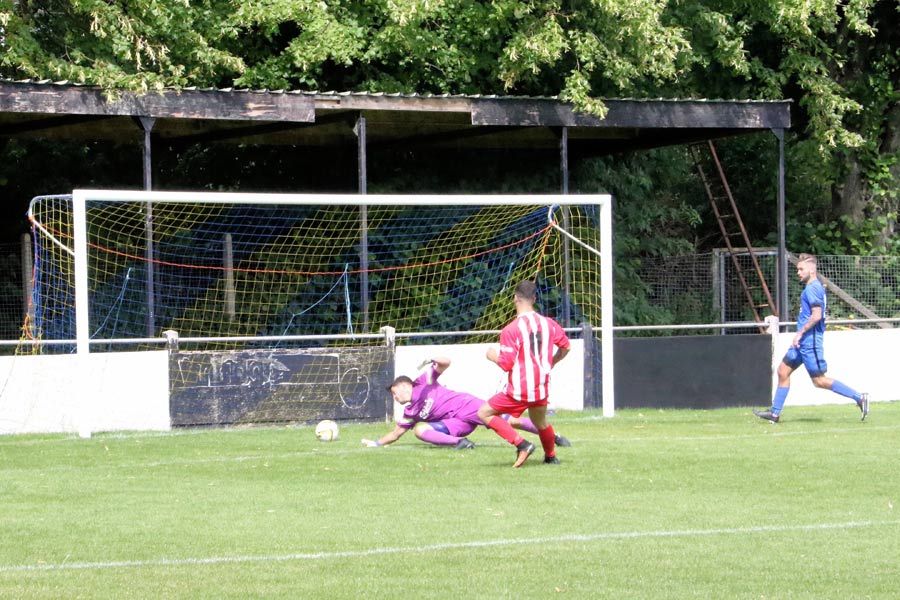 Jets go 1-0 down right on the half-time whistle

With everyone ready for the half time cuppa Jets fell to the sucker break and goal. Jets, fully committed to attacking, were caught dead by a slack ball and bang, an upfield chase. First, it seemed that excellent reactions by the defender would save Jets but a half clearance fell kindly and it was 1-0 to the Town.

Andy Amoah was an instant threat

Early in the second half, the two youngsters were replaced by Pugsley and Amoah. Both had given their all, but they were on yellows and struggling just a little with the more physical side today. Jets set about drawing the game level. 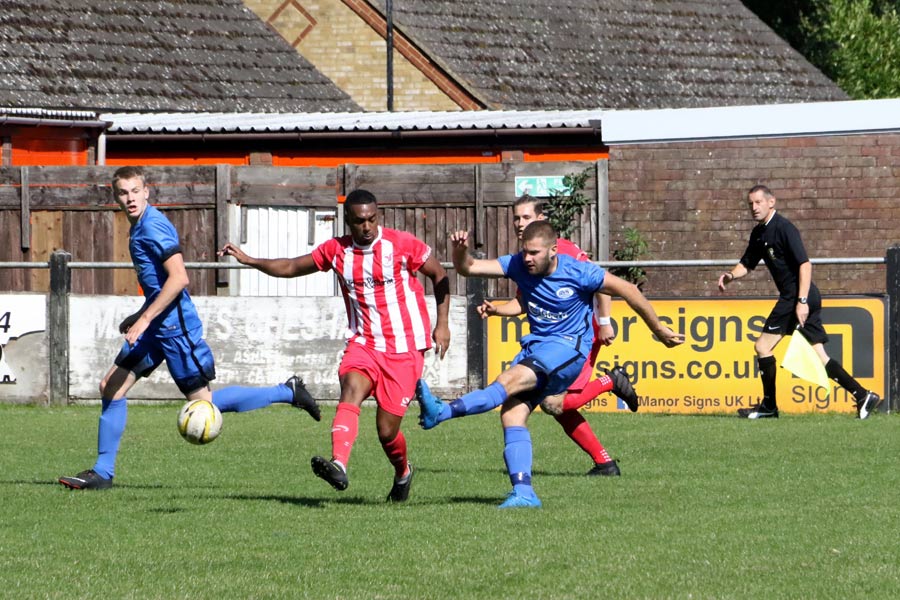 For twenty minutes, although not safe, it looked like Jets could get the goal to put the game back evens. Then a referee decision came that was to shatter Jets’ hopes.

Jets free-kick from just outside the box was handled in the wall high above the defender’s head. Incredibly nothing was given (photo above clearly shows the offence). Town went on the break and Jets found themselves 2-0 down and all but dead in the water.

There is no excuse for the capitulation that followed. The last two games have proved the players generally are not fit enough or ready for the competitive season. No matter what, it’s every sportsman’s duty to keep themselves ready to compete and not blame others. Tactics, preparation, fitness, and self-discipline are pre-season’s mandatory requirements.

Jets Carlsberg man of the match went to Warren Gladdy. He had clearly prepared and done his personal training to be match ready. The difference showed on the pitch when it counted. 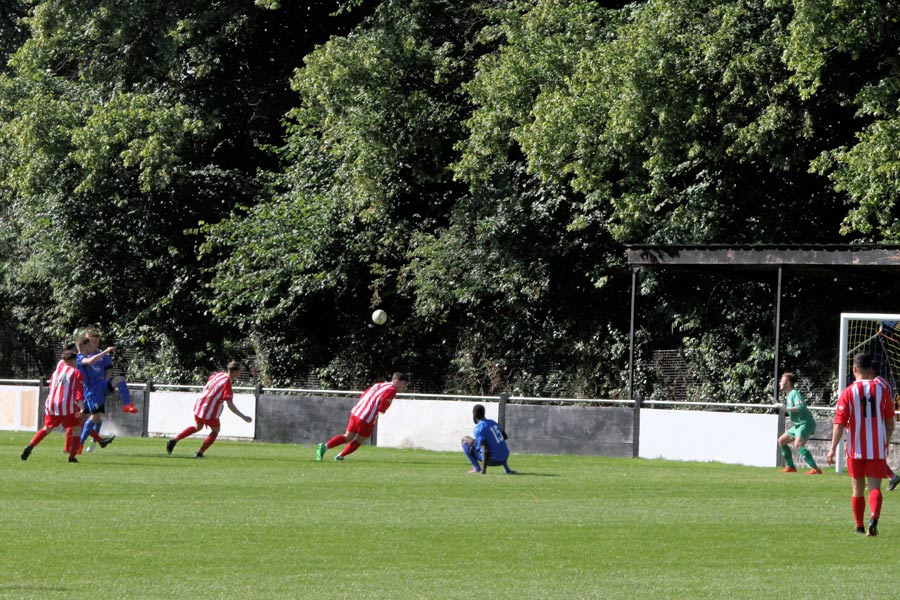 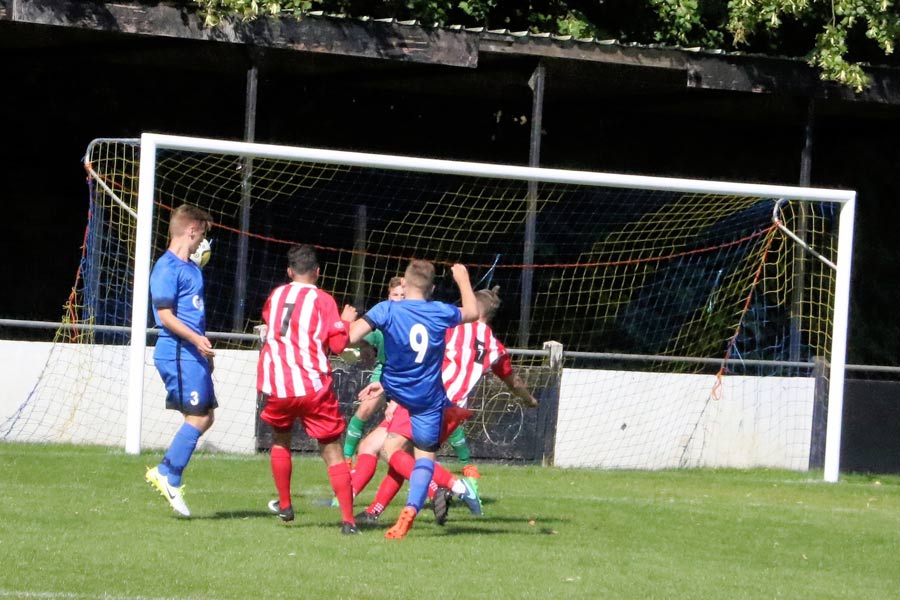 Best chance for Jets at 2-0 but wide 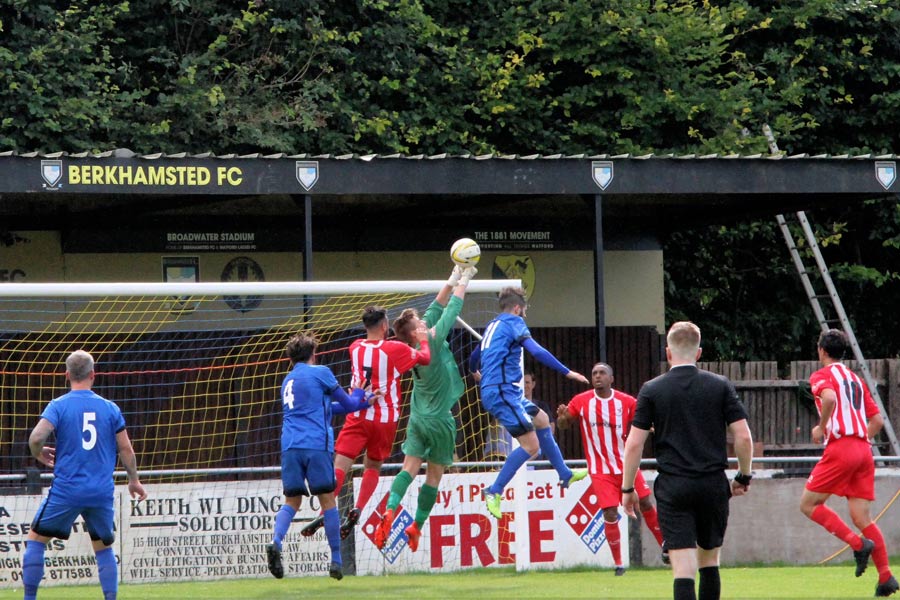