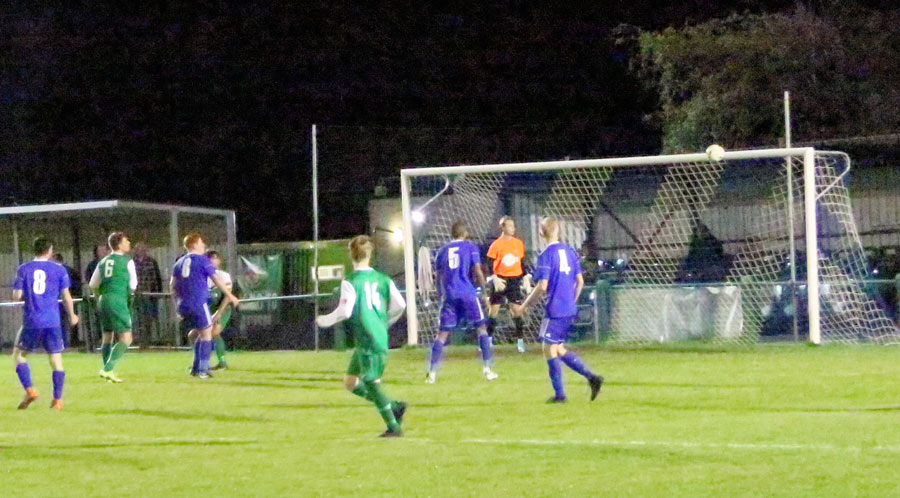 Jets fell to a 3-1 away defeat at North Greenford, and in all honesty, it’s hard to figure out how except the fact that if you miss chances in this league, you get punished.

Manager Tim O’Sullivan missed the match in bed ill, so his assistants took the mantle.

In total honesty, it was one of the most exciting games of the season, end to end, chances galore both ends and both sides throwing caution to the wind, for Jets they didn’t finish stronger and paid the price. 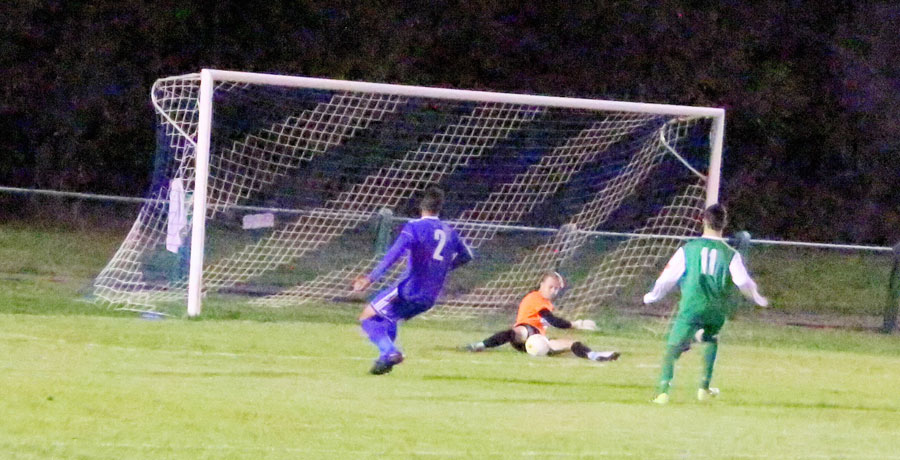 Jets first opening came early, maybe too early for young forward Ollie Lawford who jinked and lost his defenders and went in on the keeper but scuffed the shot and with the power lacking the keeper was a relieved man. 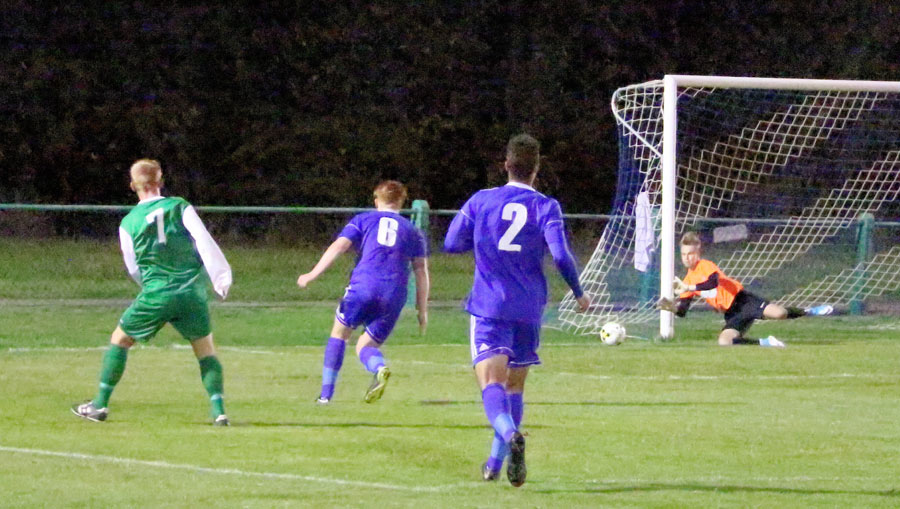 The keeper saves a good shot from Andy Brennan 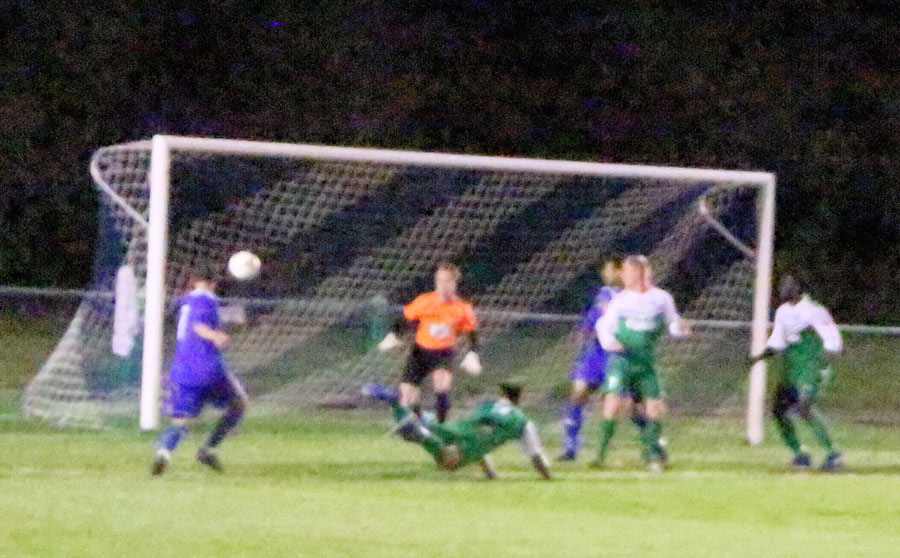 Jets pushed and pushed and Andy Brennan, who was to have a stormer, and atom Gibson with a header came close, and it wasn’t one-way traffic as the hosts were speedy and attacked with menace. It was a real nail-biter.

North Greenford take the lead with a header

Jets fell behind to a set piece, a corner cleanly and perfectly executed headed clean into the net. 1-0.

The game continued in the same way and pace and somehow stayed the same at the break.

Jets hit the post in a strong start to the second half.

The second half was much the same but Jets had the slight upper hand on chances hitting the bar and post.

Scott Bonner levels it for Jets

Greenford missed a sitter from a set piece again, then the breakthrough as Scott Bonner got Jets level via a deflection and it was game on. 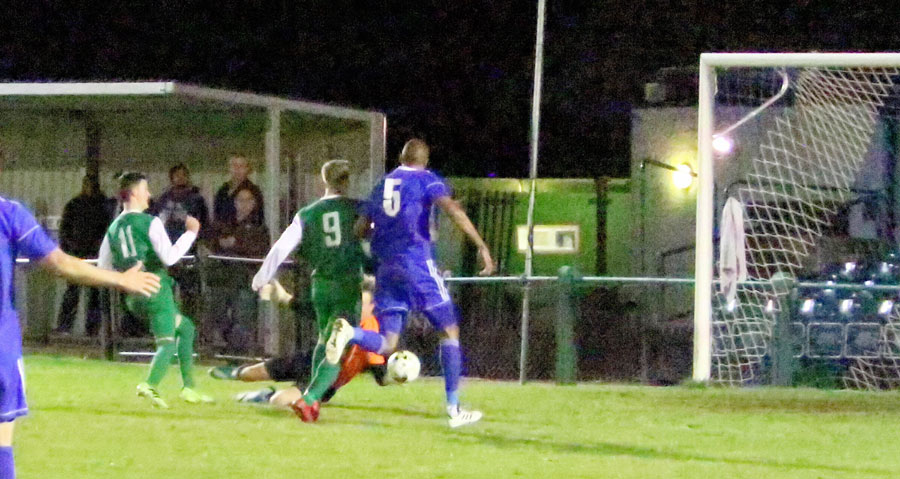 The double save of the match denies Ollie Lawford

Within minutes the chance to take the lead was there as a tremendous save saw the rebound fall straight to two incoming Jets forward, but the young striker Ollie Lawford struck hard but unfortunately straight at the keeper, and the chance lost.

Jets are not making the most of their free-kicks.

Jets big failing are their free kicks, nothing comes from them of late or even looks like it will, but in a change, Nick Kerley started to take them, and they started to seem possible, and twice Deji came close with headers. 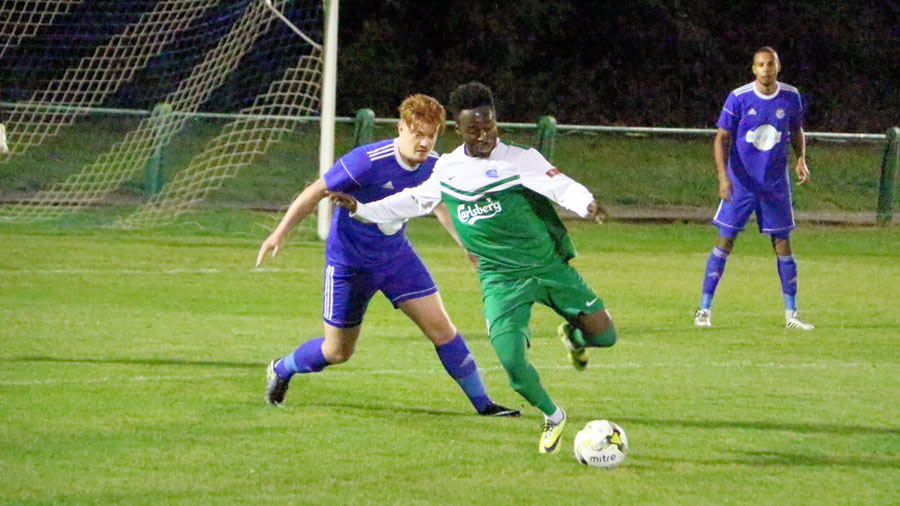 With young debutant Johanan Adjei-Dawkins looking tired the changes came and, after them, Jets did lose the pattern and flow.

The speed of the game was difficult to come off the bench and get into, and twice the ball was lost in the midfield and the goal then the killer goal as it turned out finished Jets hopes of the points.

Jets changed their forward line hoping to get something back, and George Turner hit one great drive that looked goal bound but just bent outwards past the post with the keeper beaten. Jets had no poacher on to look for the loose ball and deliveries, and the threat in honesty petered out.

Jets man of the match was not contested it was a country mile nomination to Andy Brennan who had by some distance his best game of the season, but was clearly missing his Champaign Charles partner Leigh Stevens who was out on the town drinking plenty of Champers ( lucky lad) it looked on FB, for a special family event.

It was a strange feeling at the end, the football at times superb, the officials were excellent, and both teams played well, it was sporting on the sidelines and a thoroughly enjoyable match until we lost!!

We will play much worse than tonight and get some points.

A must mention tonight for a stunning result for the reserves as Tom Bullock and Steve Booth’s excellent young side took on the league Leaders Hadley Reserves at the Boundary Stadium and came out with a superb 4-1 win to jump up hot on their heels in the table. Young and banging goals for fun at the moment these young pups are learning the lumps and bumps of men’s football and offer a massive belief and hope for the future of the club.