It was a tough ask for Jets today away at one of the title hunters Hoddesdon Town, who have started to turn the screws on the title favourites, unbeaten in an 11 match run of which 9 are straight wins. 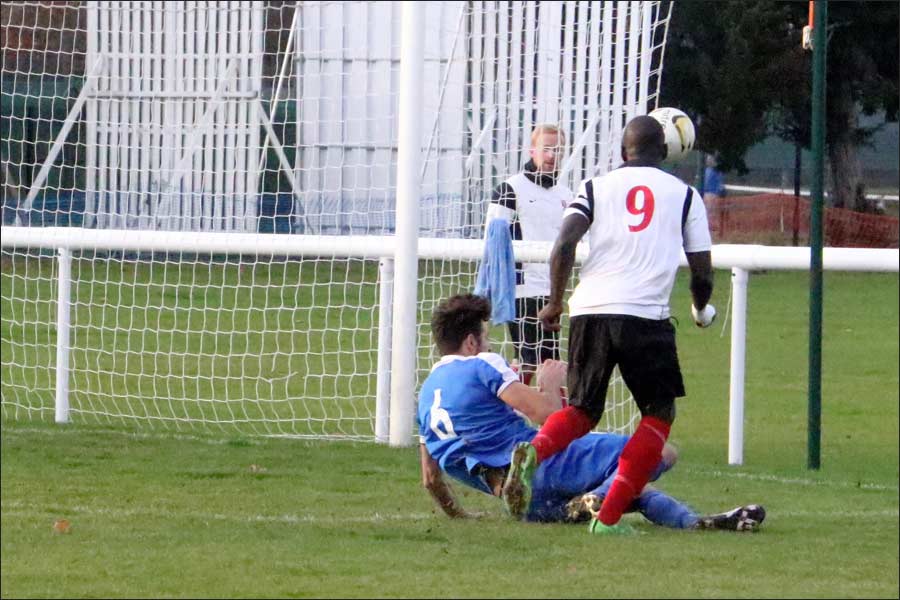 Normal batch of enforced changes for the staff to sort and Jets were changed and ready for action. The first five minutes was rocky, as Jets so consistently seem to be, a keeper error gave a superb chance to the hosts and only superb defending by skipper Jude Bell saved the day.

Hoddesdon pushed and now Liam Nugent in goal was made to make a flying save to keep Jets on par, but the save seemed to be the confidence boost Jets needed and from that point on they sprung into action and for long periods had the home side pinned and relying on the long ball to there pacey attackers.

It was indeed refereed a few years out of date, but a refreshing change as a physical but fair battle with dare I say physical contact allowed ensured a thrilling game. 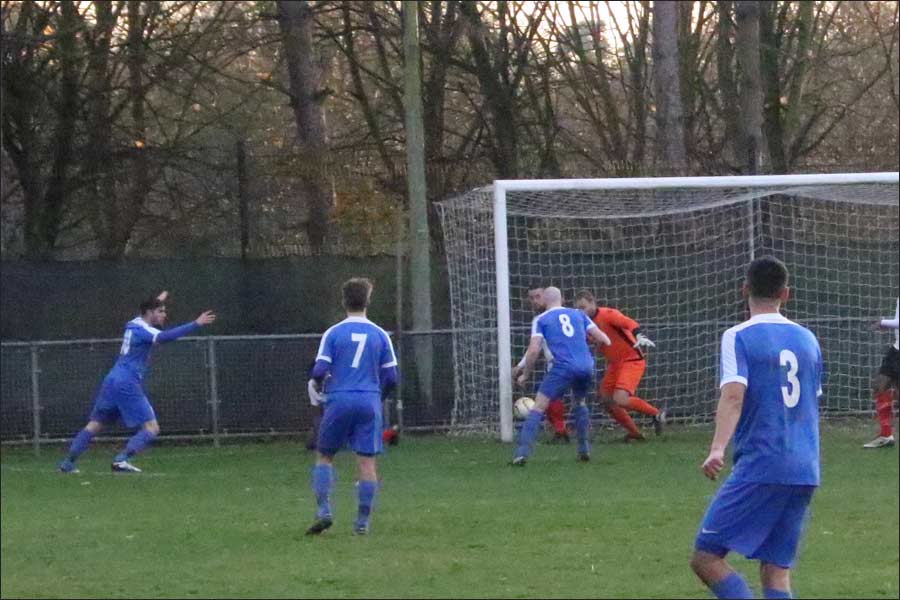 Jets were convinced they had scored but short of goal line technology there was nothing or no one on hand to give it so play on was the call, a reprieve for the home side, but one that was not to last long as the energetic Adam Lowton went through, and as the long and loud screams went up for a penalty, Jets shot for goal, but somehow the solo defender kept it out, but Gary Warn was on hand to blast home the reply 0-1 (21 mins) and either a superb advantage by the official or as I more suspect a let off for a howler not to give it.

Jets dominated the possession at this stage and streamed forward but while lacking that killer instinct in front of goal as again they go shot shy in the box, but the work rate and battle cry was tremendous by the team.

It was both stunning and unexpected goals on balance of play that swung the game on its head in three minutes. Hoddesdon levelled with a stunning scissor kick by N’Joya that any keeper could only watch hit the net. 1-1 (37 mins). 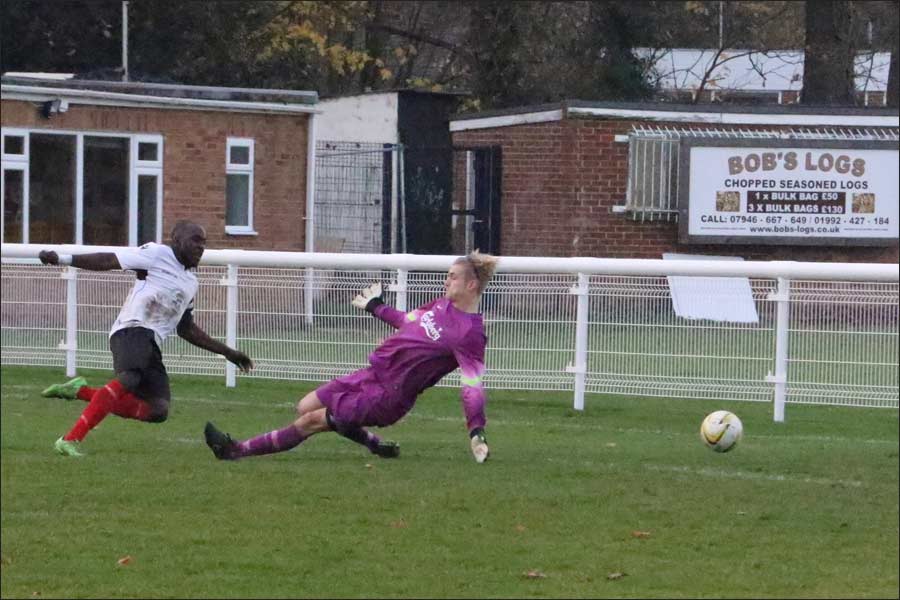 Hoddesdon turn the game around and take a 2-1 lead

Jets then shot themselves in the foot when a throw to them was wasted and the long ball forward and, despite a gallant effort by Jack Robinson to stop the spritely Watson he rode the tackle to regain the ball compose and slot past the advancing Nugent. 2-1 (40 mins).

Jets in fairness, whilst stunned, steadied and responded while still being bitterly disappointed to be in arrears at the break. HT 2-1

The second period was a contrast of two different play plans. Jets were intricate and deliberate through the middle where everyone was giving their all today, whereas Hoddesdon were picking out the quick break fast forwards, but today Jets battled and competed every single ball in a pride and passion performance. 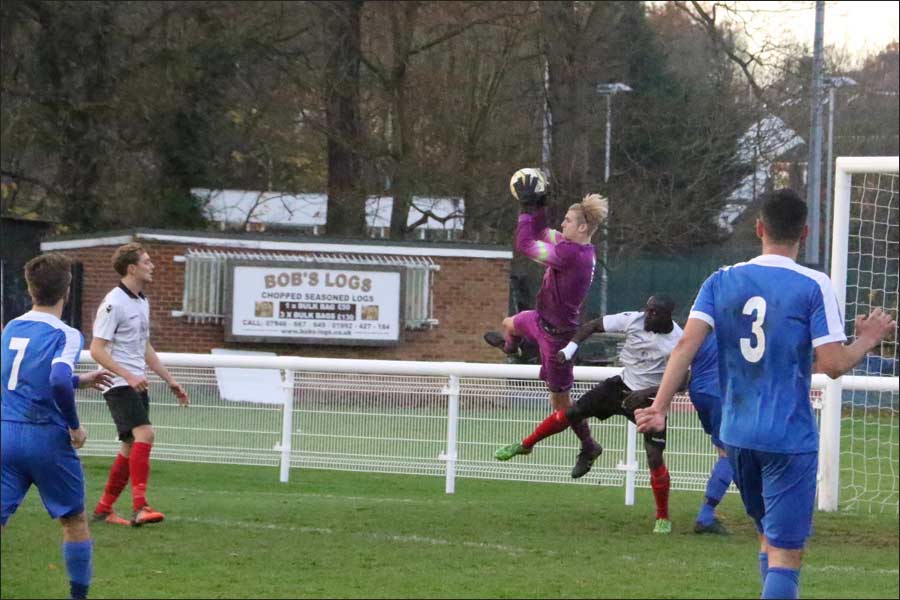 Some good saves from Liam Nugent after the early wobble

Jets levelled and wow what a stunning goal it was as Gary Warn ran and then let fly with a 35 yard thunderbolt dipping over the diving keeper into the net 2-2 and without doubt two stunning goals from the two teams for the supporters on a cold Saturday. 2-2 (58 mins).

It was a real battle in the remaining half hour plus, both sides having their moments and their scares, and I’m sure both hoping for, then not wanting the final whistle. 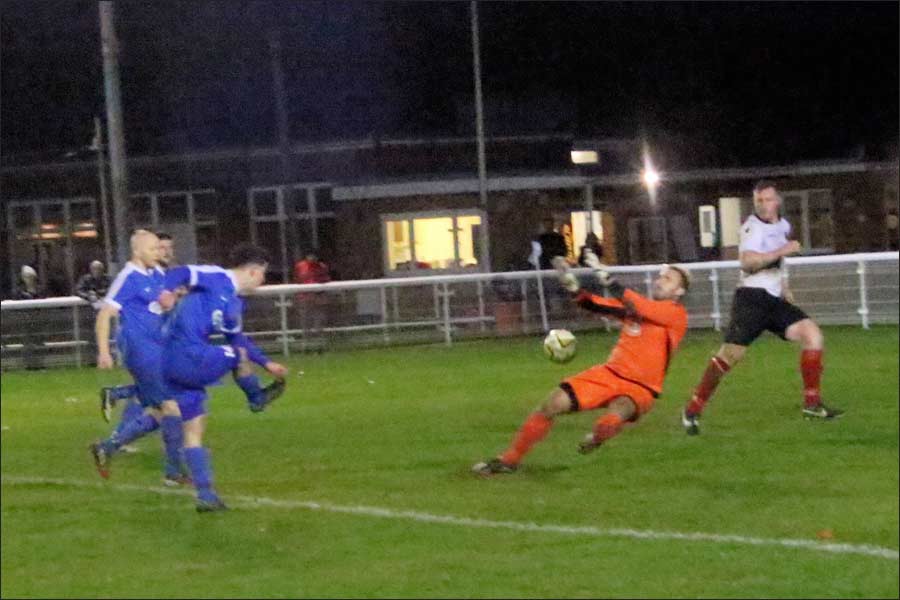 Jets got a super win here in the cup a few weeks ago, but it was a real smash and grab against the run of play. Today it wasn’t to be but the same looked on right on time when an inch perfect ball to Dan Bourne was odds on to be the winner for the skillful winger, he made space and loomed composed…. but …. Oh no as the keeper ran out to the edge of the box the miles of space opened up to side step him and slot but he pulled it cross goal and wide of target to earn the Hoddesdon man of the match award!!

Now we would never have said all this had Dan not offered a good bribe not to mention this mare of a miss ;), Leigh Stevens while pointing out how well he did with the pass after, played himself out of the man of the match reckoning for Jets for being dumb enough to pass such a chance to Dan in the first place!! 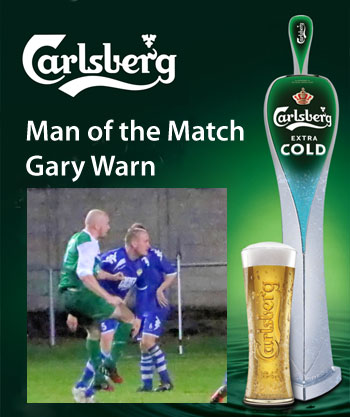 Fun aside it was a fantastic effort by the lads today and everyman played a strong part, there really were no passengers today, everybody was a credit to themselves and to Jets.

Man of the match was either one very special performance or them all…. And it deservedly went to Gary Warn for a fantastic example of work rate and determination, coupled with two goals one of which was a stunner.

Today you can only feel pride for every single one of the squad; every one of the 14 played a strong part in the point.

..and more pride for OXHEY!  Congratulations to REECE BELLOTTI on his Saturday night win that makes him the new English Featherweight Champion. Well done Reece!