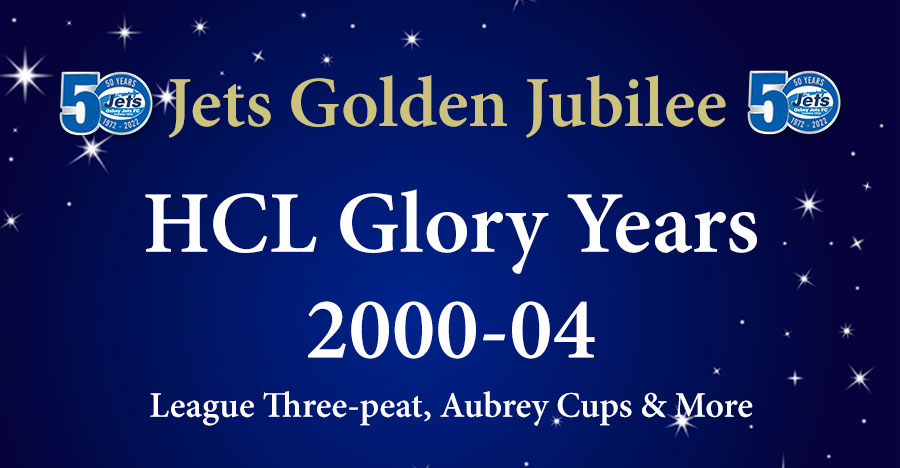 From the mid-80’s to the end of the 90’s Jets had been, predominantly, a bottom half team in the Herts County League (HCL) but then, at the turn of the century, Jets went supersonic.

There had been a sign of good things to come with a 7th place finish in the 1999-2000. Then in the 2000-01 things really came together and Jets were not only to win their first HCL title but go on to win three on the bounce.

It wasn’t just the first team. The whole club had a power surge and there were titles and cups across the levels.

Not only that, this was the period that Jets moved from Chilwell to their brand new stadium and clubhouse in Altham Way. It really was take-off for Jets. 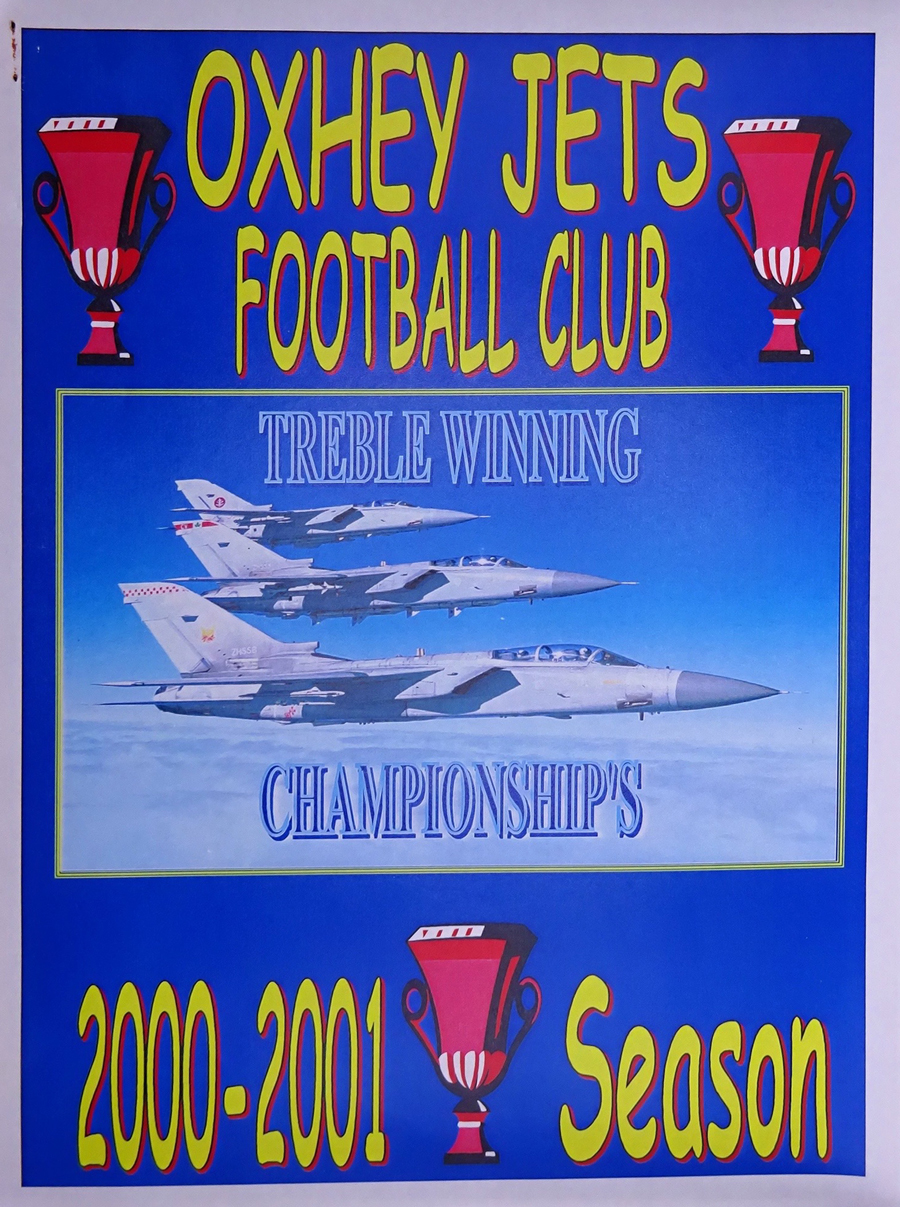 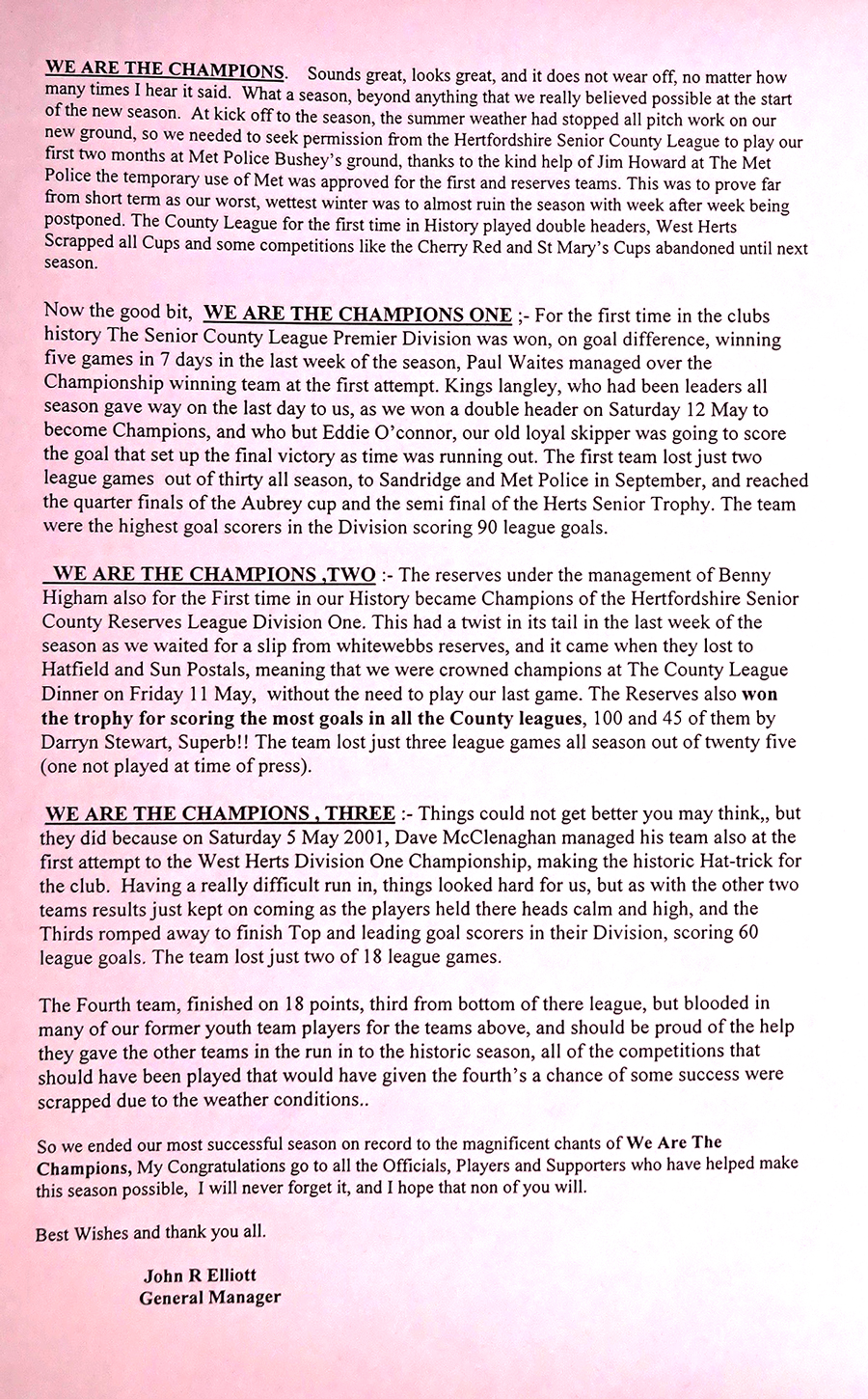 Jets won their last 10 games to get on level points with Kings Langley and take the title on goal difference. The 36 goals to 5 against in these final 10 games was a huge factor in turning the goal difference in Jets favour.

The final two games, with Jets having to win both, were played back to back against Elliott Star and a full report is featured in Jets Biggest Games. 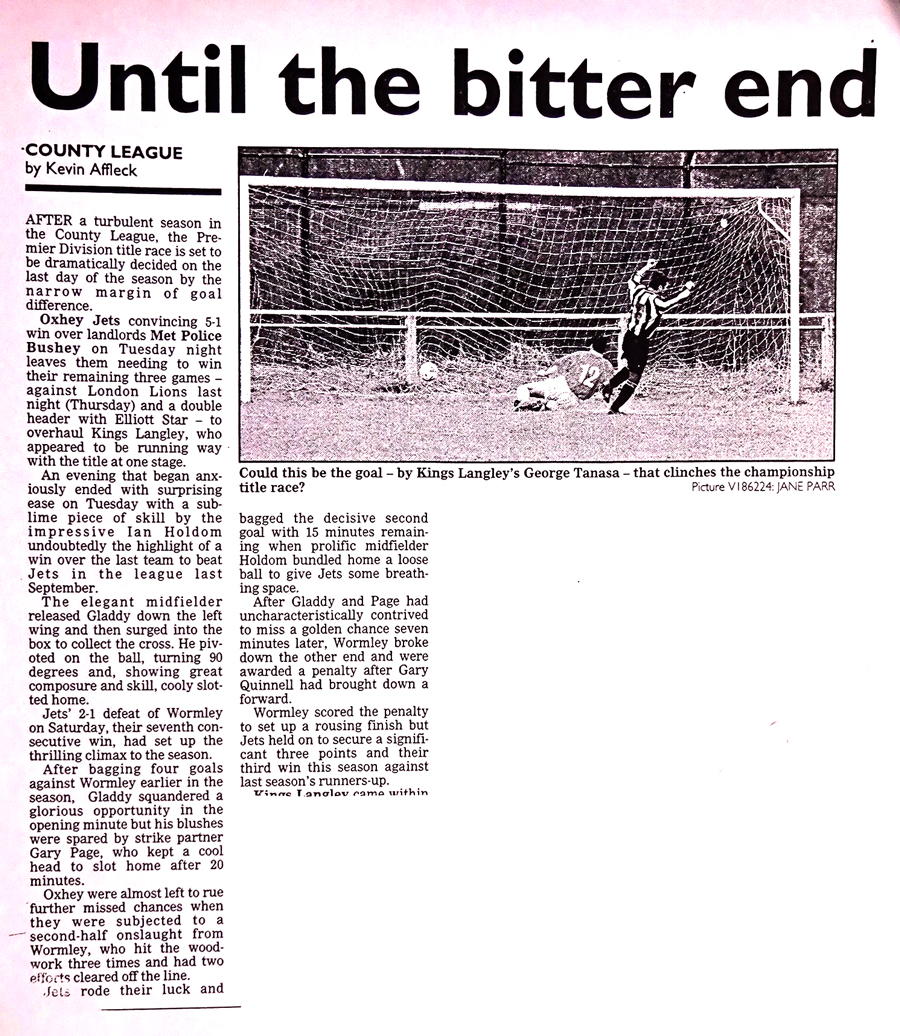 A vital win and a draw against title favourites Kings Langley in a February double-header gave Jets a chance to get into the title race: – 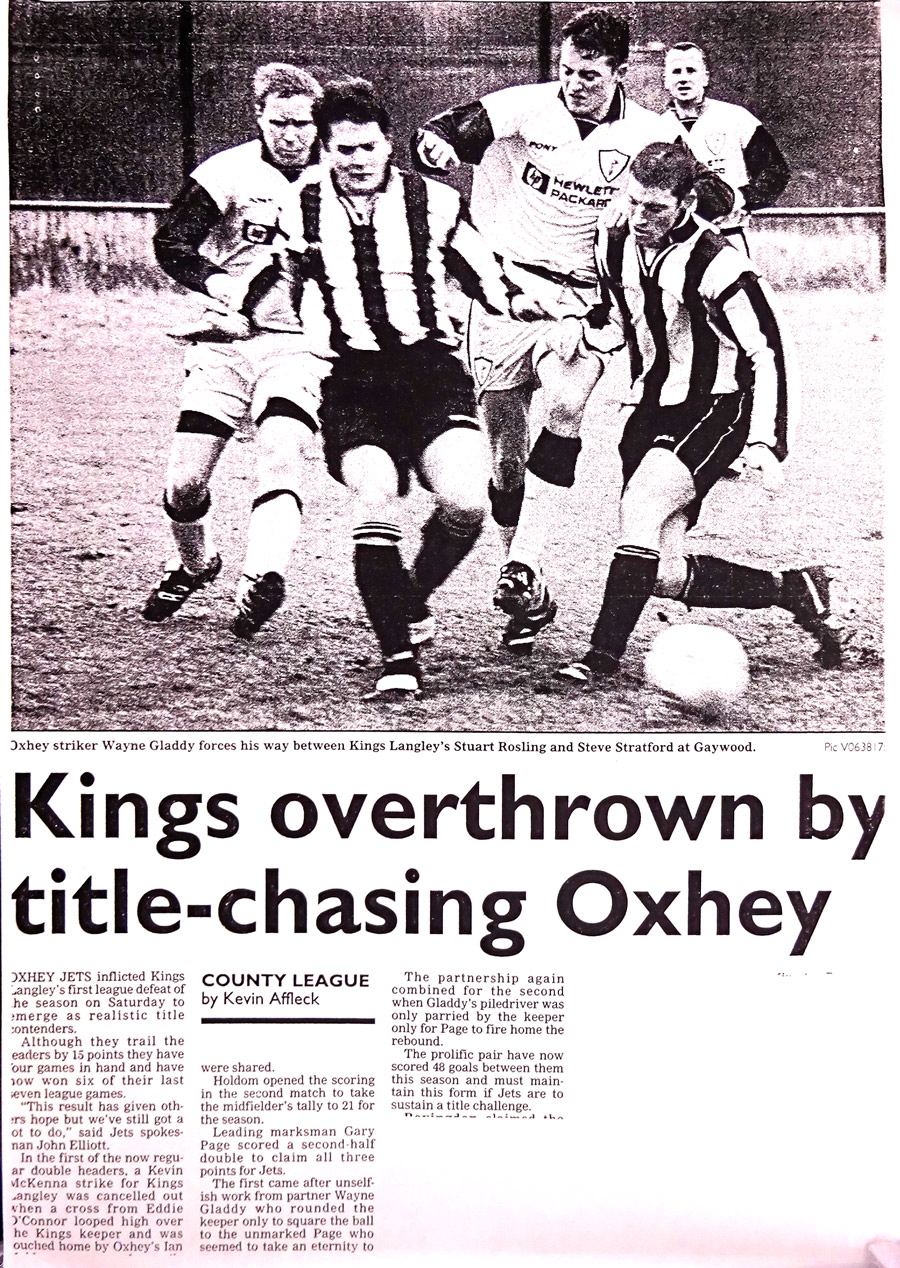 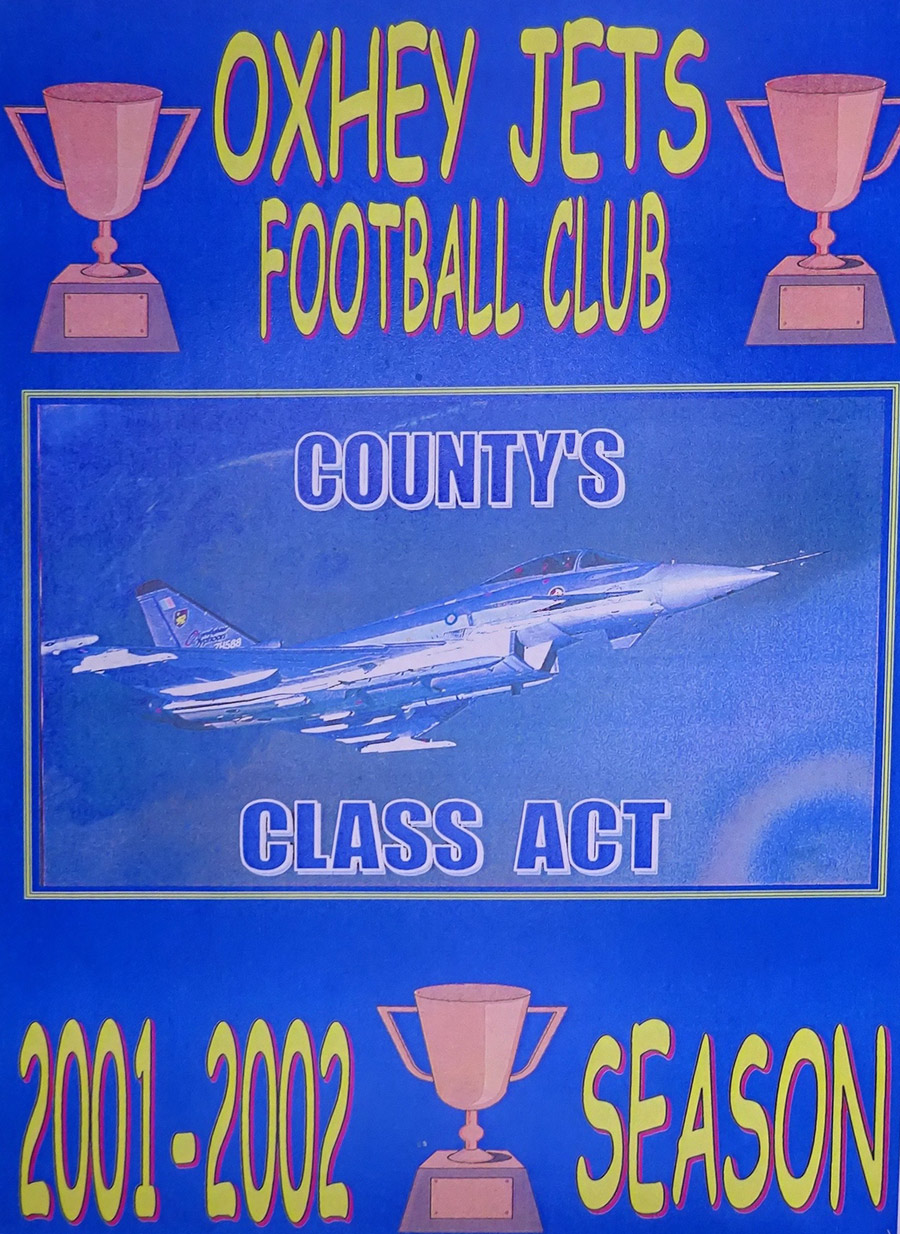 Well, if 2000-01 was great, then 2002-02 was out of this world! John Elliott’s report below lists the trophy haul which includes a first team treble – retaining the HCL league and adding the Herts Senior Trophy  and the Aubrey Cup (see Jets biggest games for this famous win).

Jets pipped Sun Sports to the title by a single point and beat them in the Aubrey Cup Final in extra time. Sun, who had been one of the strongest teams in the HCL during the 90’s had bounced back to form, spurred on no doubt by Jets success, and the crosstown rivalry between the two teams was at its height. 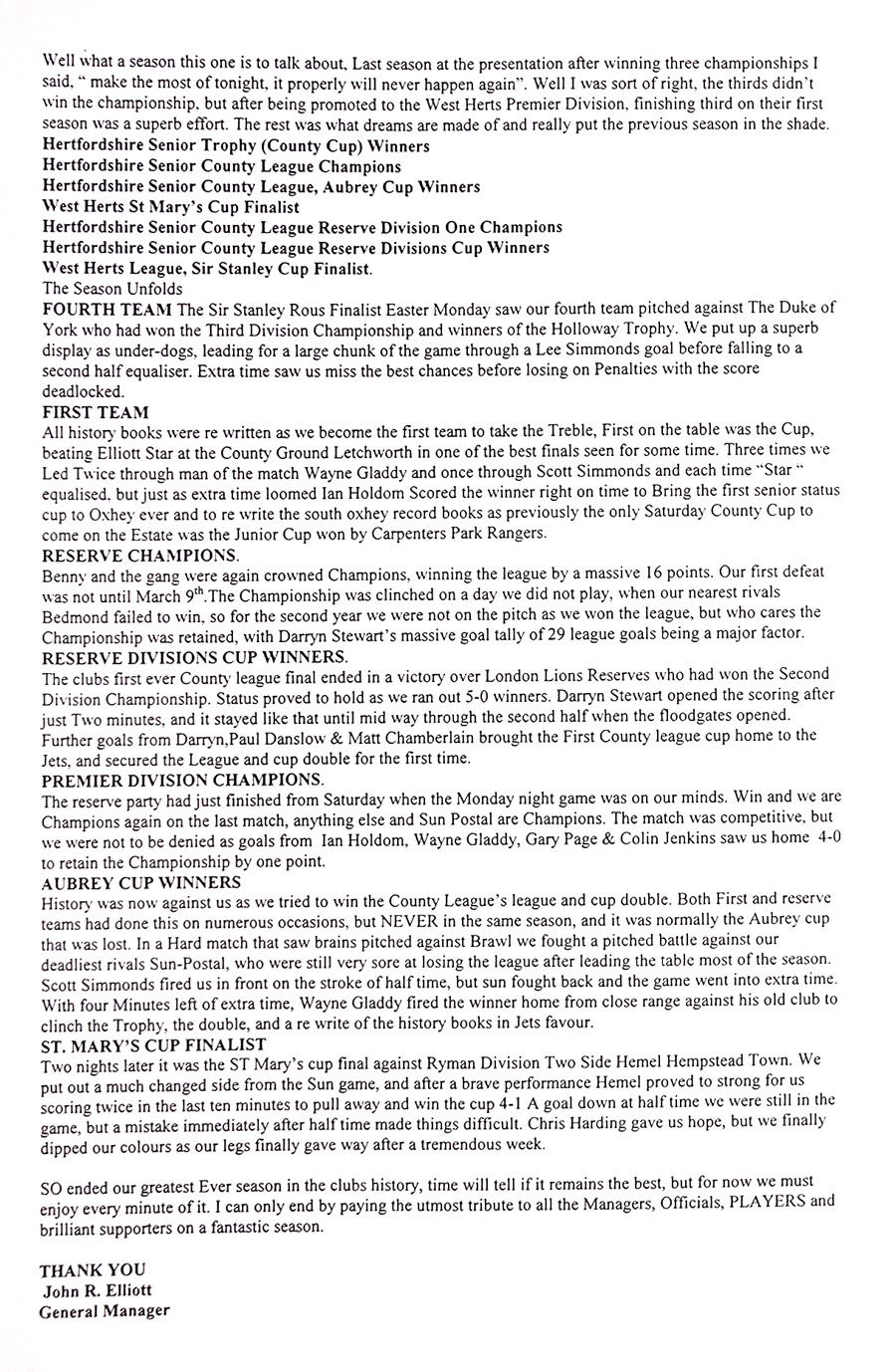 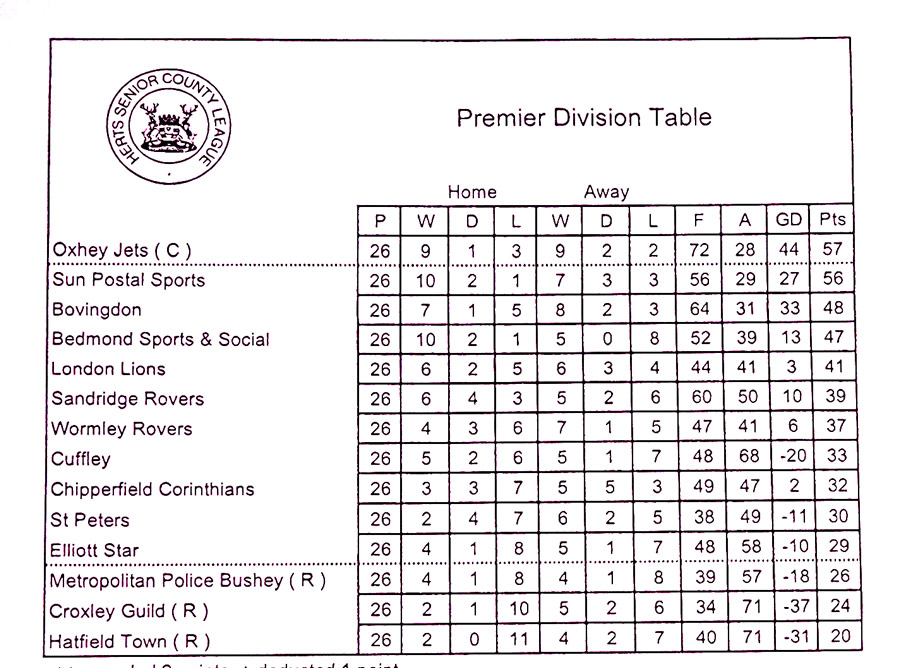 Jets had to win on the final day to retain the title but did so in style with a 4-0 win over Wormley Rovers. 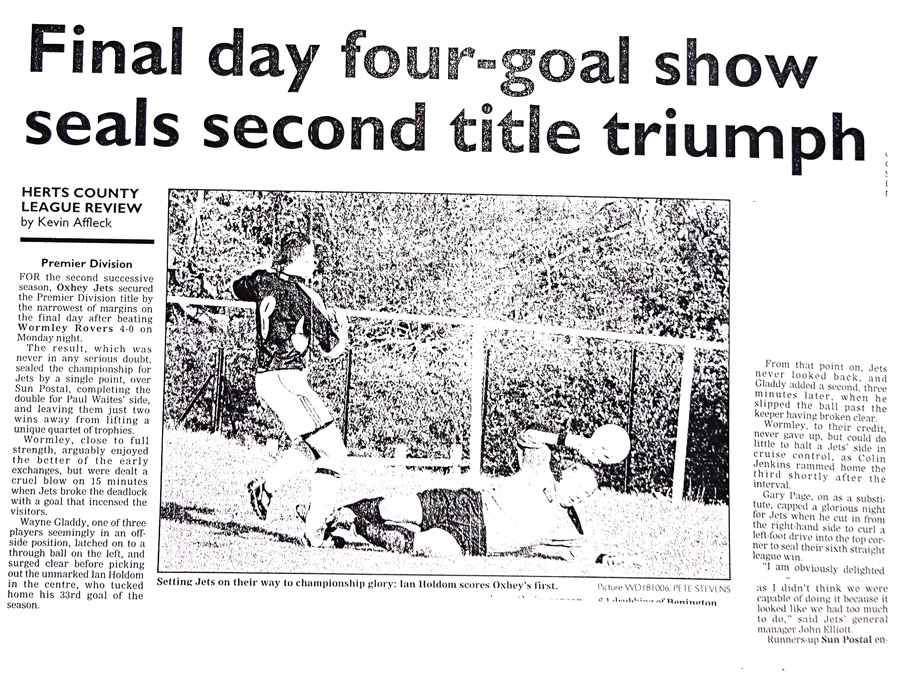 Jets were also able to start the season at Altham Way and the opening game was, appropriately, played against the previous year’s landlords, Met Police, who had been so helpful to the club. ‘Club legend’ Gary Page had the honour of scoring the first goal at the new ground.

The other part of Jets first team treble was the Herts Senior Centenary Trophy, and that needed a late winner from Ian Holdom, Jets resilience and will to win seeing them through again. 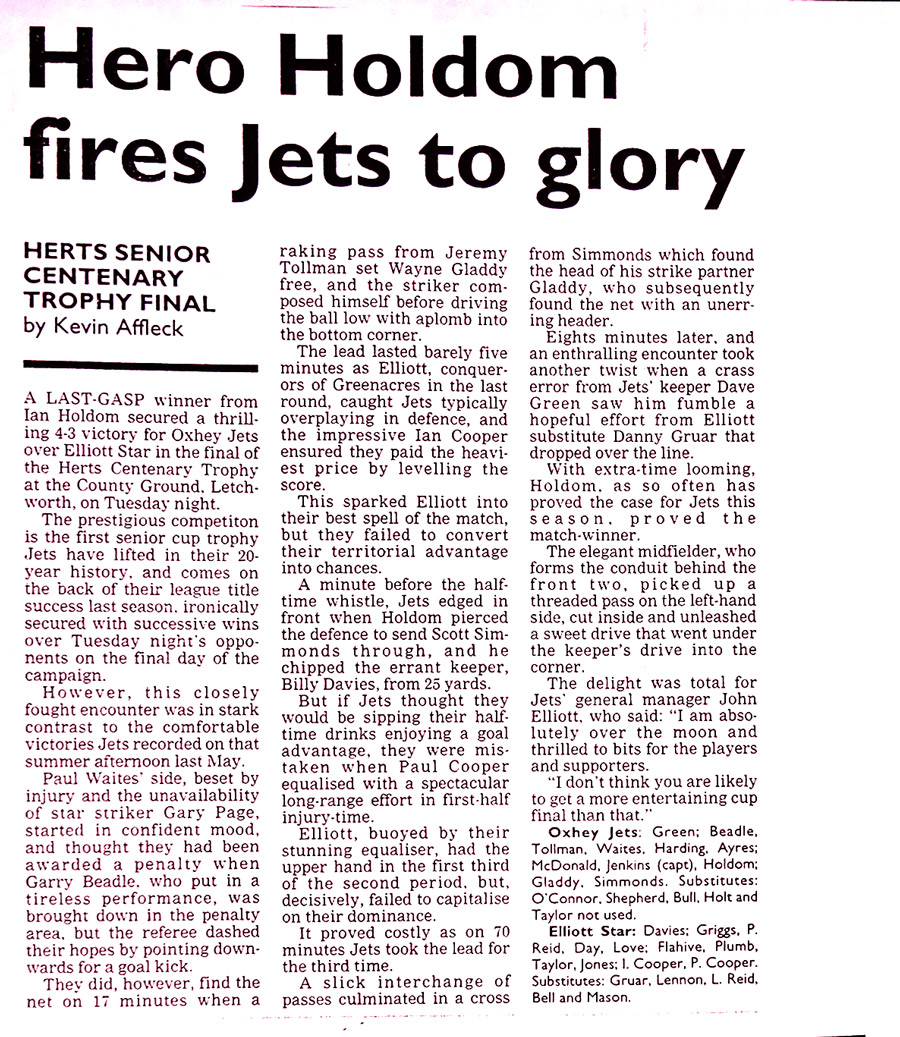 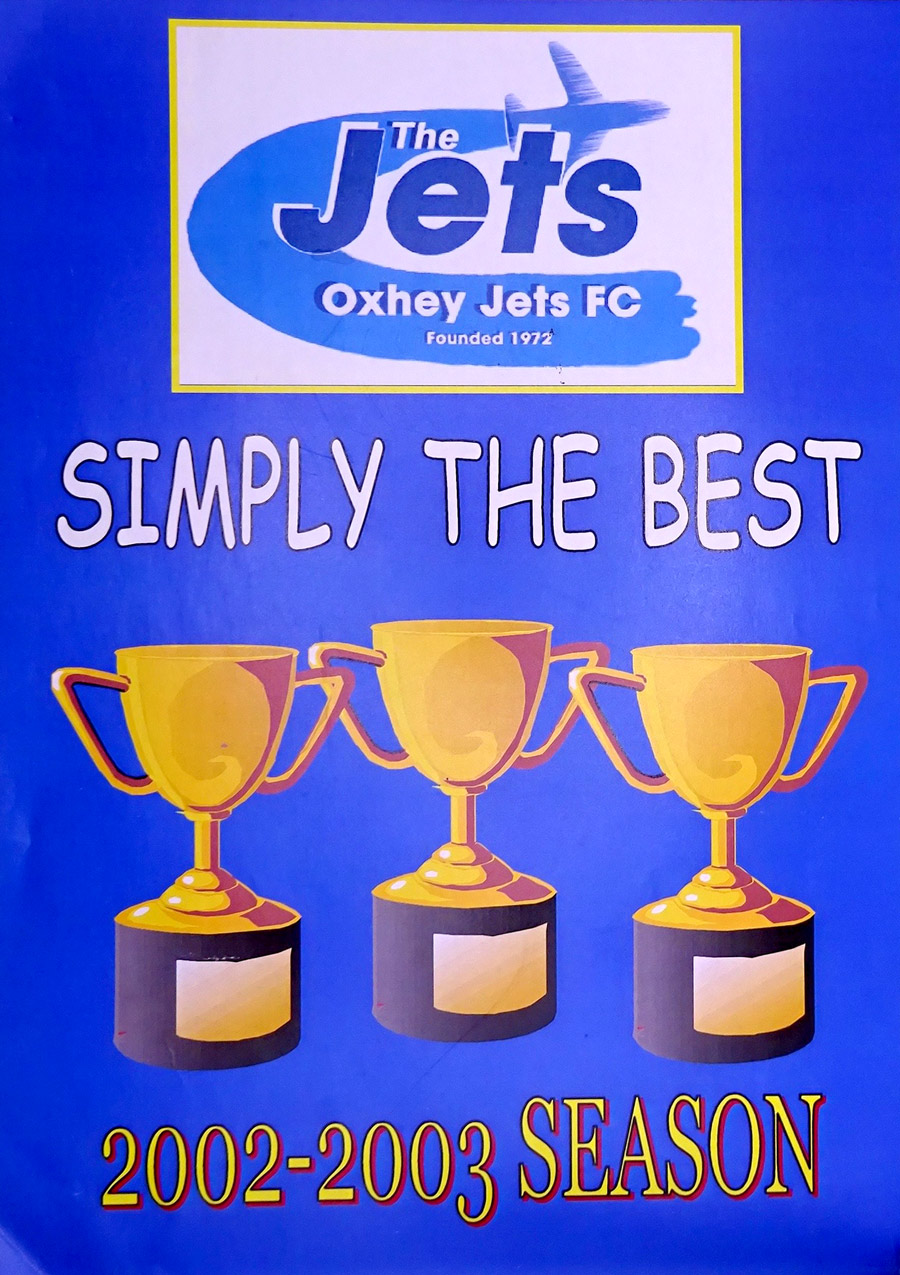 Another treble winning season for the 1st team. Incredible. A three-peat HCL league championship, the Aubrey Cup was retained with a 1-0 win over Sandridge Rovers and, for the first time, Jets won the Rickmansworth Charity Cup.

Kevin Affleck joked in the Watford Observer “Oxhey Jets may well be advised to set aside a chunk of the money for the on-going redevelopment of their Altham Way Ground to fund an extension to their trophy cabinet”.

The league championship was tough to retain. Sun Sports were again the main rivals and by early November it looked like it was their’s to win as Jets lost for the 5th time and against bottom club Croxley Guild (who managed only two other wins all season). Jets, however, under Eddie O’Connor’s management, then won 16 and drew 1 of their final 17 games and surged past Sun late in the season to win the league by 5 points, Sun in 2nd being 13 points ahead of 3rd placed Bovingdon. 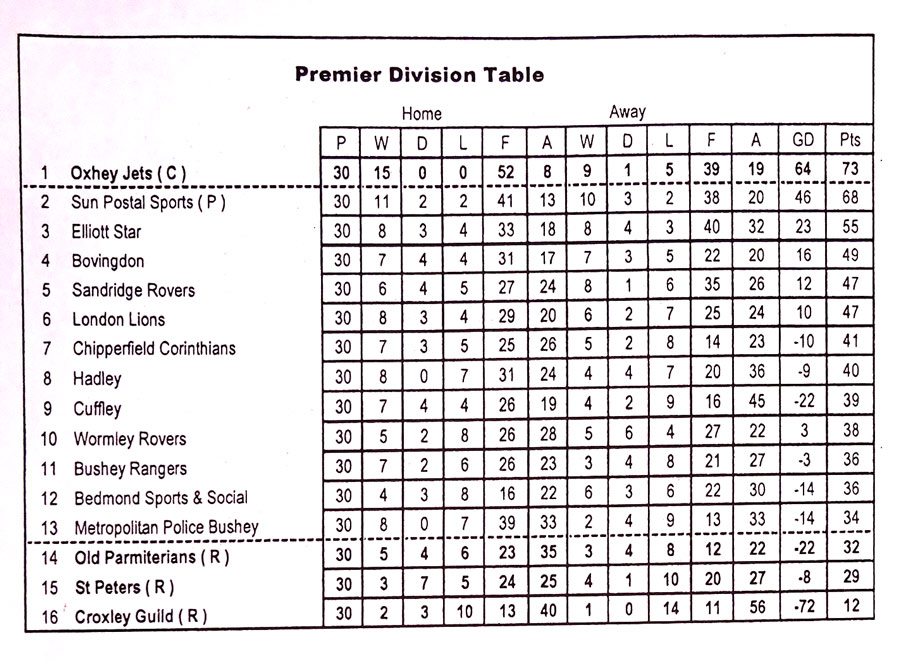 John Elliott’s report for the season summarises the successes and changes during the season: – 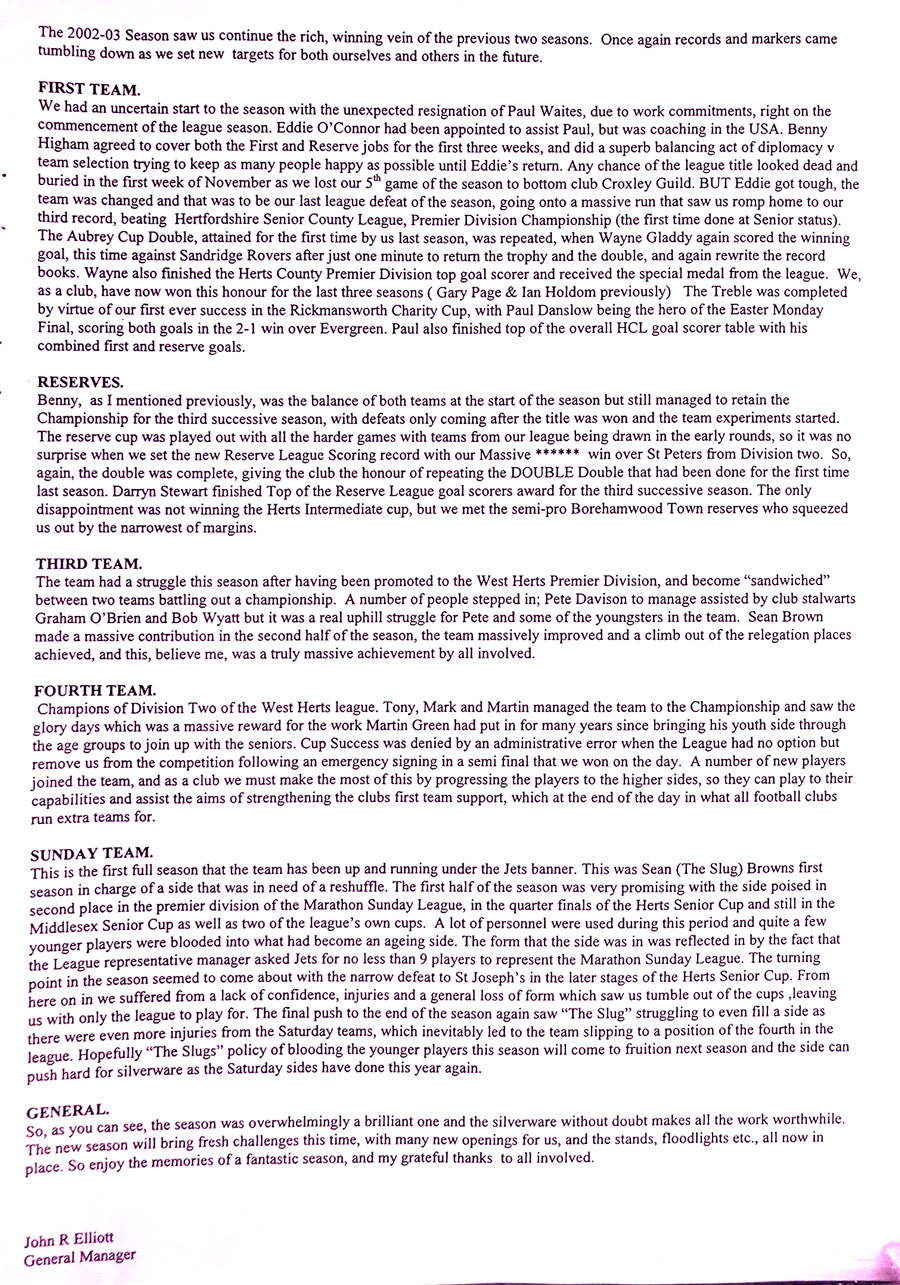 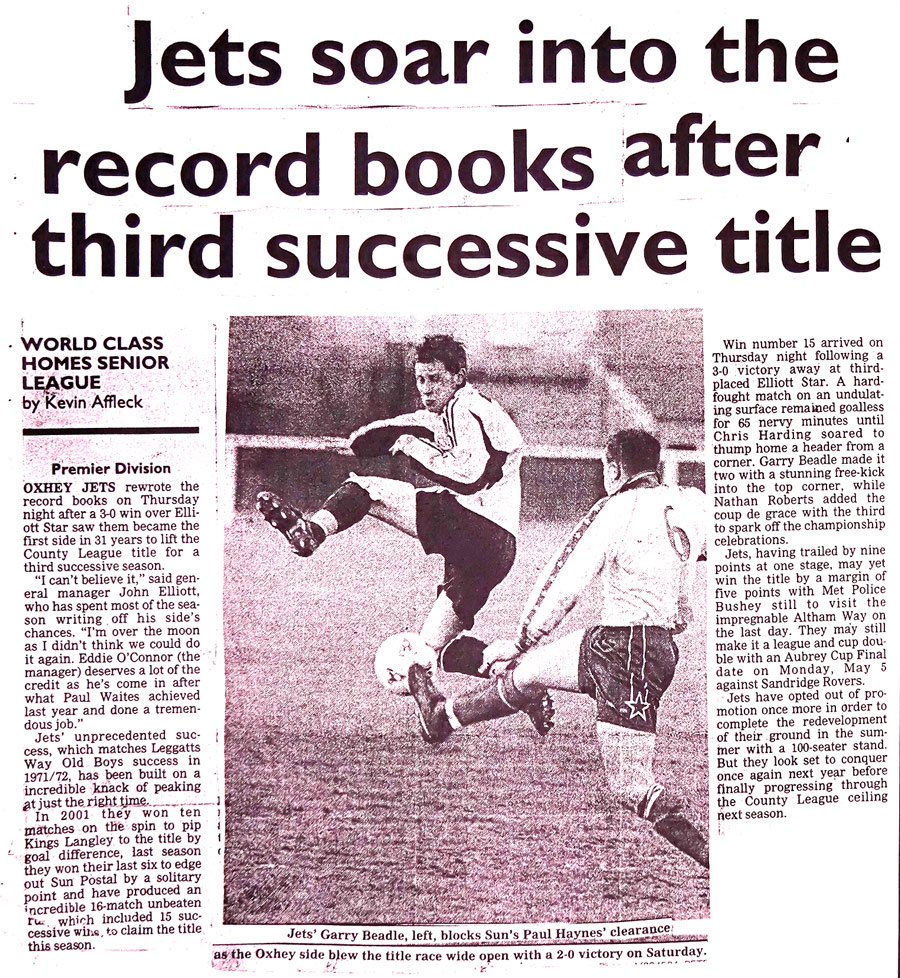 Jets continued to develop the Altham Way ground with the ambition to enable them to move up into the Spartan leagues. The biggest step forward this season was the completion of the floodlights. 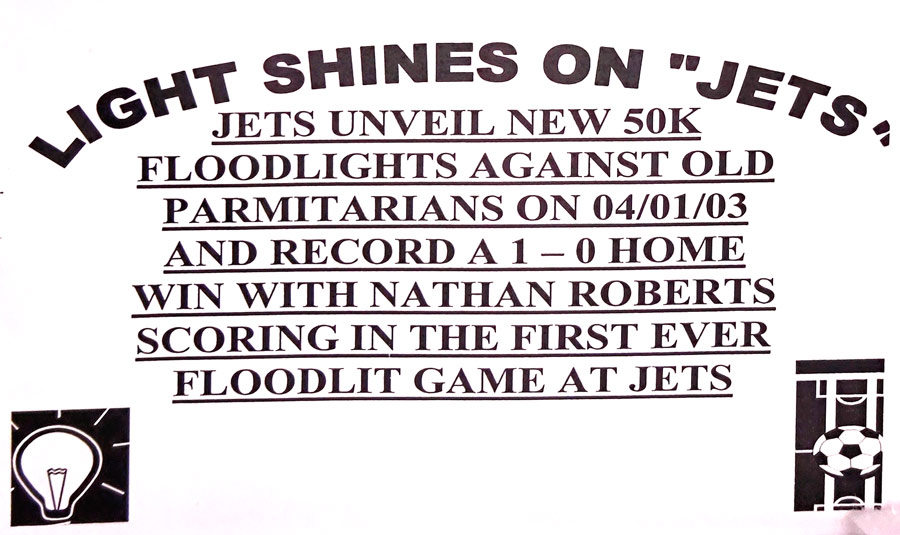 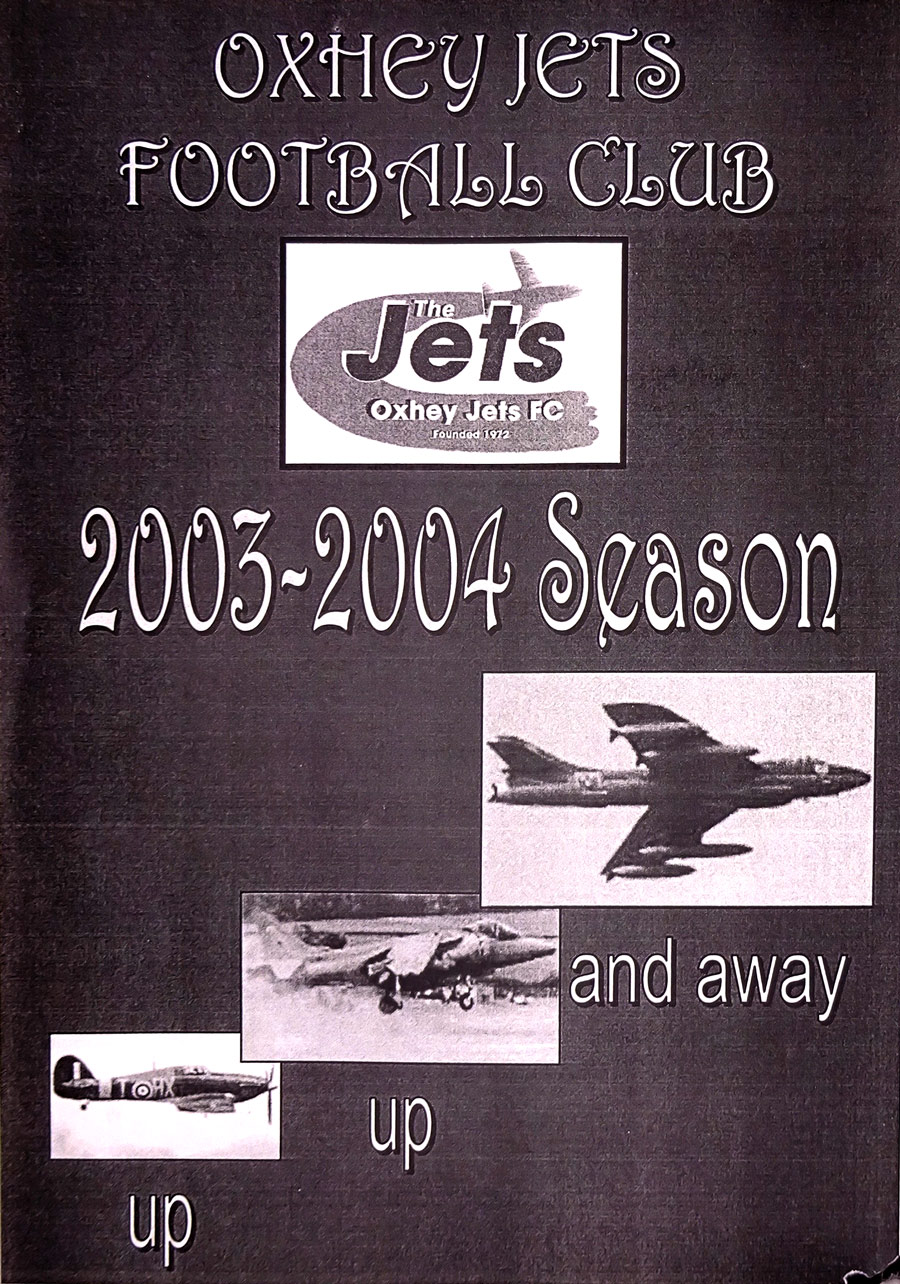 Jets started the 2003-04 knowing that the ground improvements were done and Jets were ready to move on up to the spartan leagues – they just had to go out there and earn promotion!

The HCL proved to be a 2-team race between Hadley and Jets, both finishing over 20 points clear of 3rd place London Lions. Hadley though had the edge and stopped Jets completing a four-timer league championship. Jets runner-up spot, however, was still enough to get promotion into the Spartan Division One, Hadley’s ground not being ready for the step up, and that was mattered the most.

There was, though, still plenty of silverware for Jets. The Rickmansworth Cup was won again and Jets beat Greenacres 4-0 in the St Marys Cup Final. The Reserves  won their league (for the 4th straight season) and the Spartan South Midlands Reserves Floodlight Cup.

John Elliott was delighted that all the hard work on and off the pitch had helped the club achieve its objectives and move forward: – 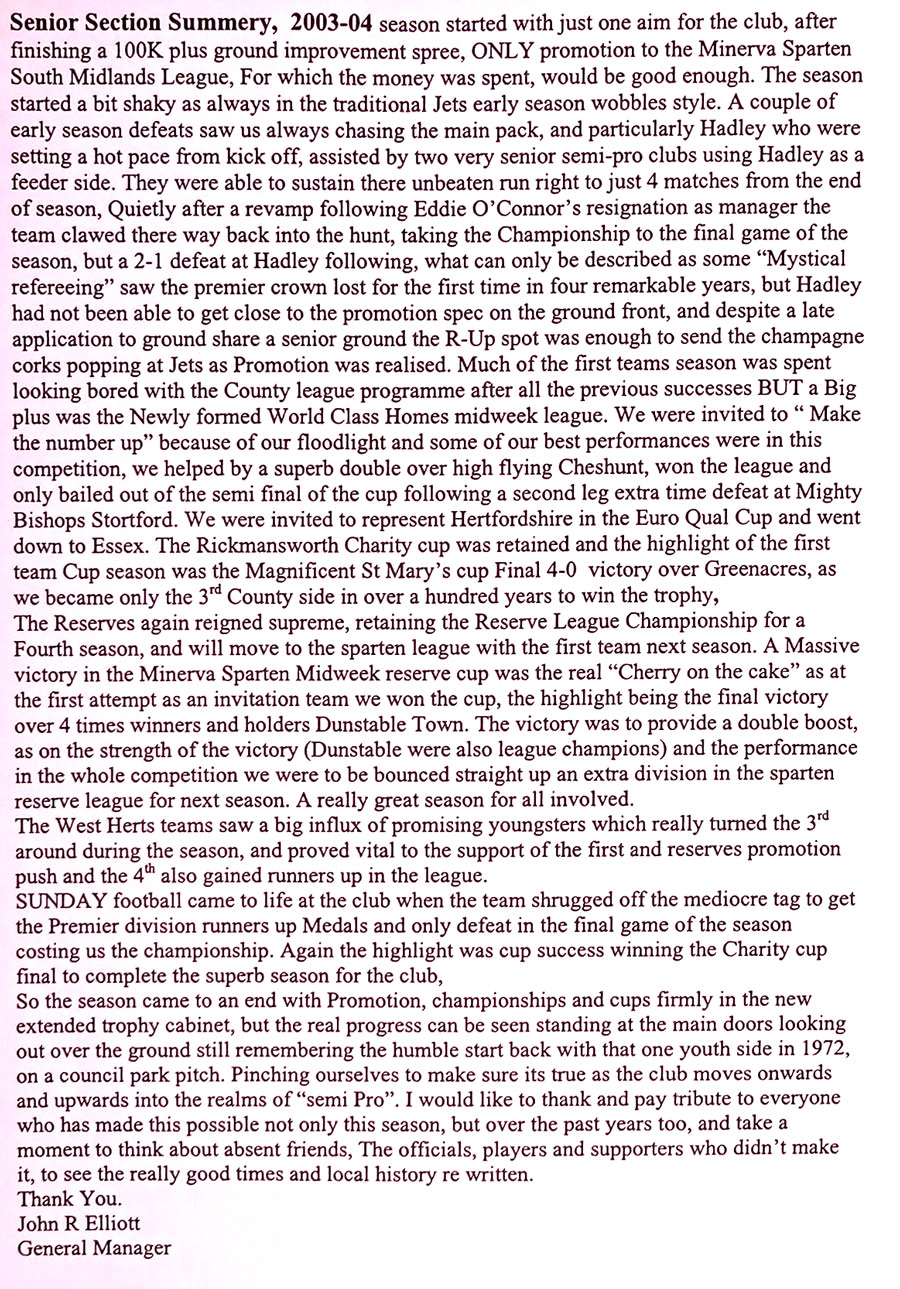 So Jets 23 season stint in the Herts County League was over as they moved onwards and upwards into the Spartan South Midlands, but what a way to end their time with a 4 year trophy gathering spell, and a massive upgrade in facilities with the move from Chilwell to Altham Way. 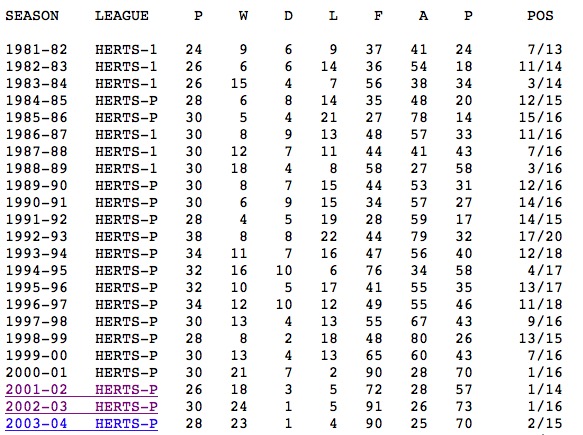 Some final pictures from the HCL golden years: – 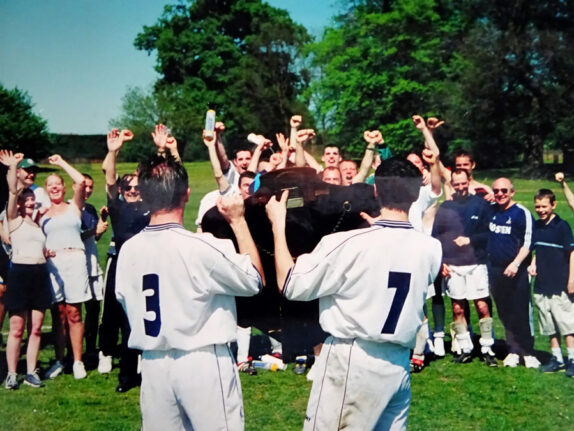 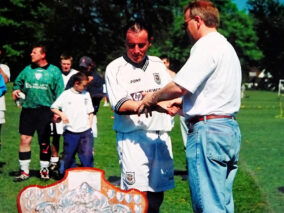 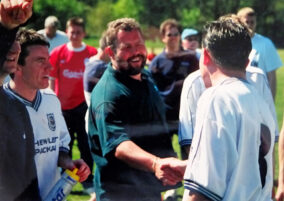 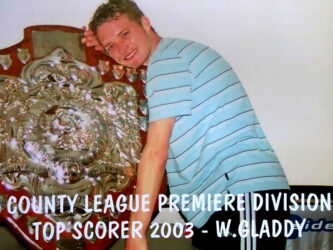 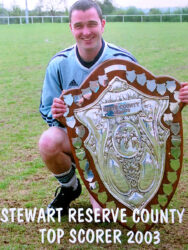 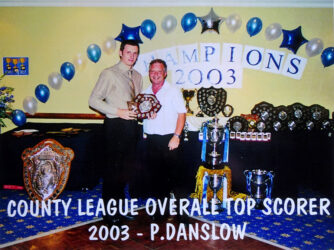 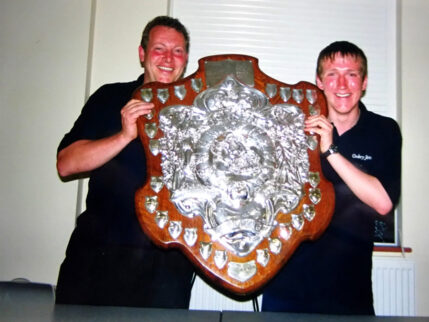 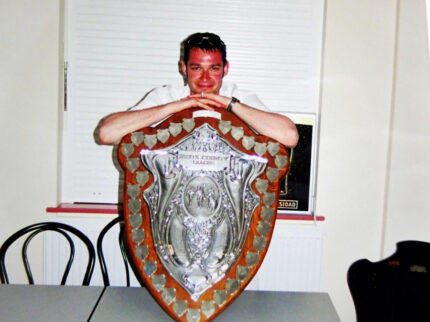 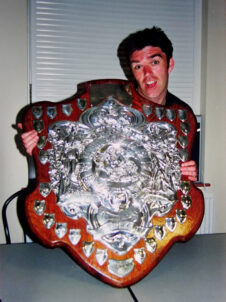 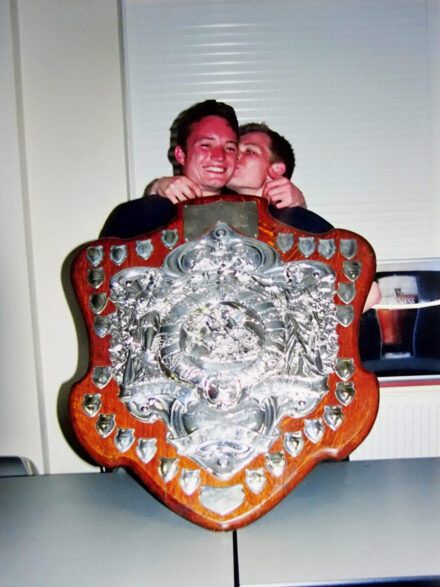 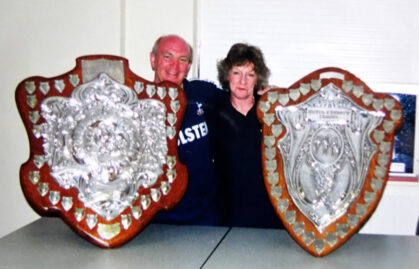 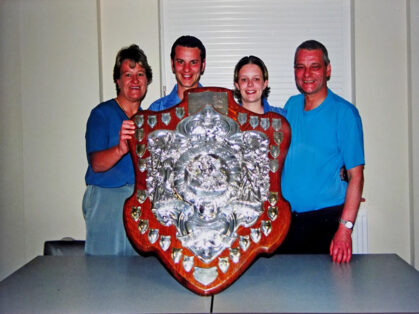