Hard Work For Jets At In Form Wembley

Jets took another hard hit today, but it’s not surprising really as there were more unavailable than available today and against the very in form title contenders Wembley FC.

Jets did not have a single defensive player of their regular six with, obviously, Rob Partington following the ugly Vase accident being joined by skipper Bell, Robertson, Hariely, Thompson, Lloyd and Stevens all out today and to make it things worse Dan Bourne, who was making his debut following his move from Sun on Thursday, broke down and was stuck waiting for the RAC to rescue him!! With travelling luck like that he will feel at home at Jets with our history of travel disasters. 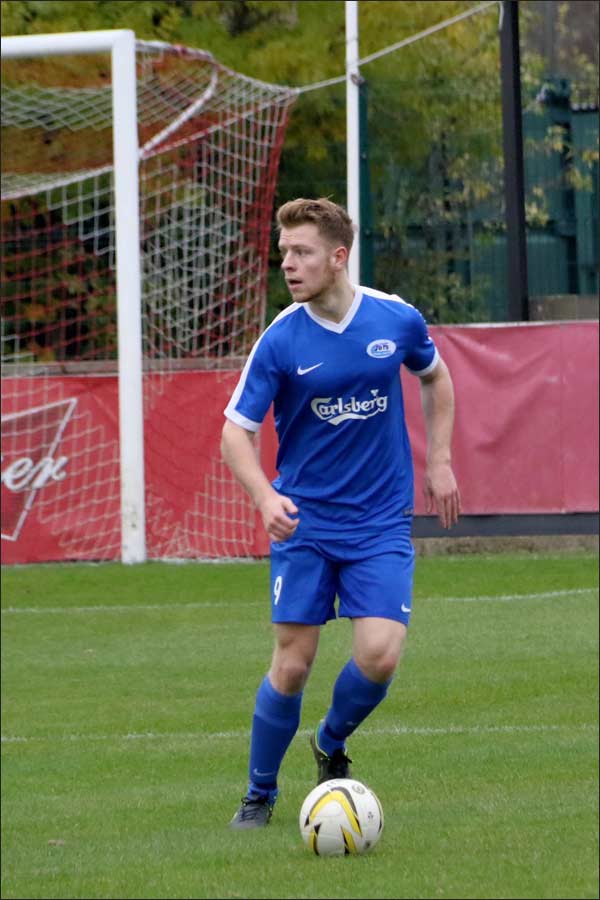 Manager Lee Stedman must wonder what has happened the last seven days to decimate his squad. There were debuts for Dan Taylor, who also joined from Sun on Thursday, as well as Academy kids Liam Sole, TJ the reserves leading striker, and Jack Starmer as well as a call up for Mark Lambert.

The big problem today was nobody really had played together and with so many returning from illness and injuries like Adam Lowton, Luke Wells and promoted to skipper but tugged back to centre half Sim Armstrong, plus all the new lads its was just disjointed from the kick-off. 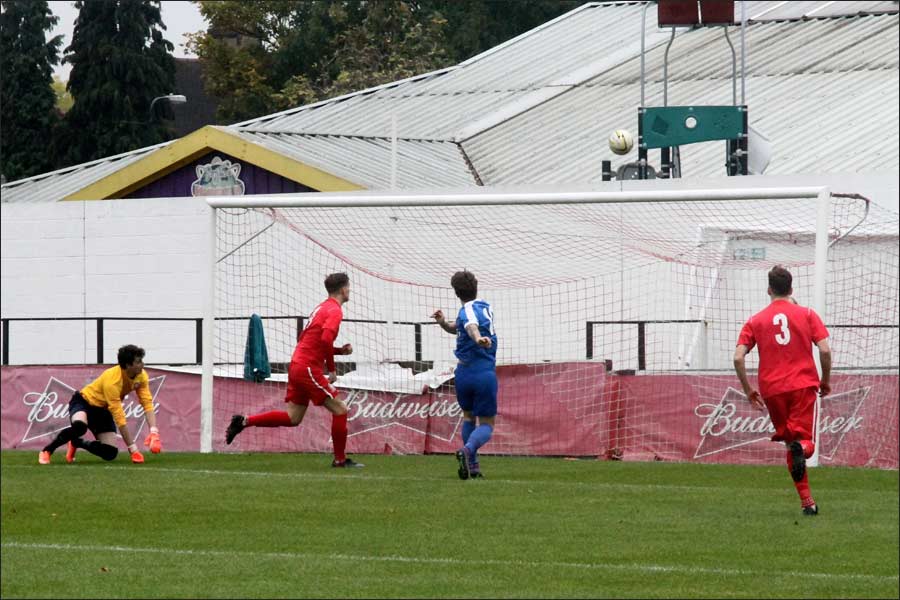 Talking of kick-off, within a minute of it Jets could and should have had a lead. Good play put Adam Lowton in who picked his spot but was denied by a super save but the looping loose ball fell to top scorer Luke Wells but his first touch, after returning from missing three games ill, was blasted high over the bar and a big let off for the league high flyers.

Save after save today from Tony Kirby

Jets had another great chance and it looked as if a miracle was possible. Nathan Pooley and Tom Inch were creative in the middle and were knocking some good passes around, but as the half went on Jets did sink further and further backwards and the balance of play swung massively to the home sides advantage and really it was keeper Tony Kirby who kept Jets level making half a dozen tremendous saves.

With just two minutes to the break Jets hearts were beaten and so was Kirby by a 25 yard wonder strike that was a blistering shot and a half time lead. 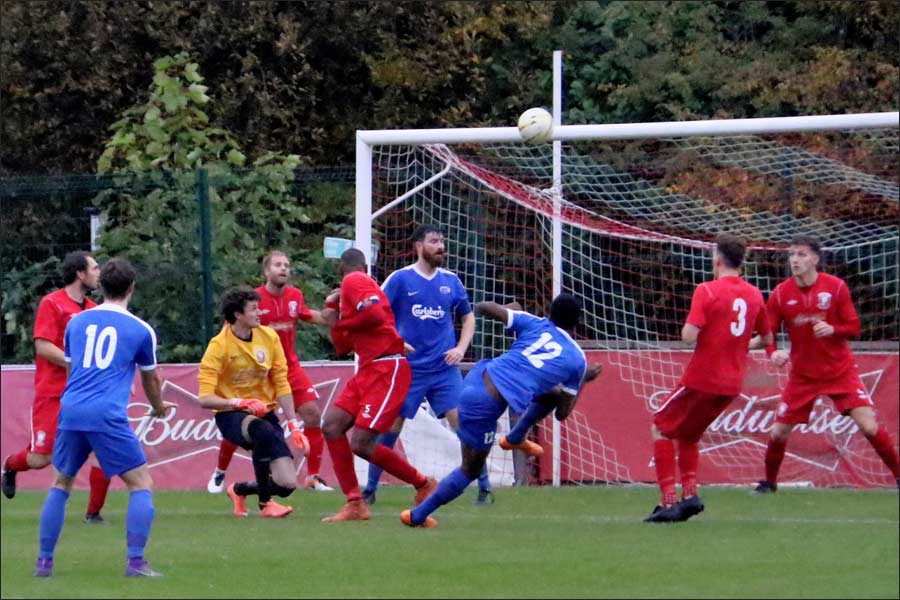 TJ had a big chance as soon as he came on

Jets put on the reserves and Acad kid and top striker TJ to try to spring some more front line action and like Luke Wells his first touch was a brilliant chance that was likewise hit high over, and in both cases you just wish that the two lads chances could have come when they had settled in a little.

Jets to be fair could have not criticised anybody at this point as people were doing their best even if the high level of our opponents was challenging to them, but they will be very disappointed with the second goal that really took the game away from Jets as it was dreadful defending and ball watching by Jets, and inexperience is no excuse for positional day dreaming.

The final two goals that in some ways were a demonstration of Wembley’s superiority, if not a bit harsh on gutsy Jets were both penalties, the first against Taylor really looked a dreadful decision by the official but the second just like that on Tuesday was frustration and ill discipline by the player at being beaten. 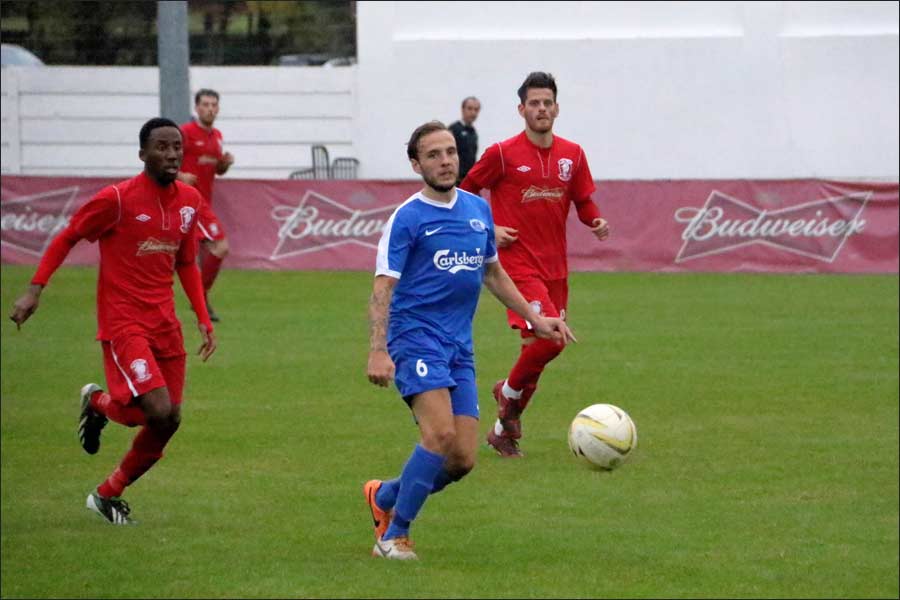 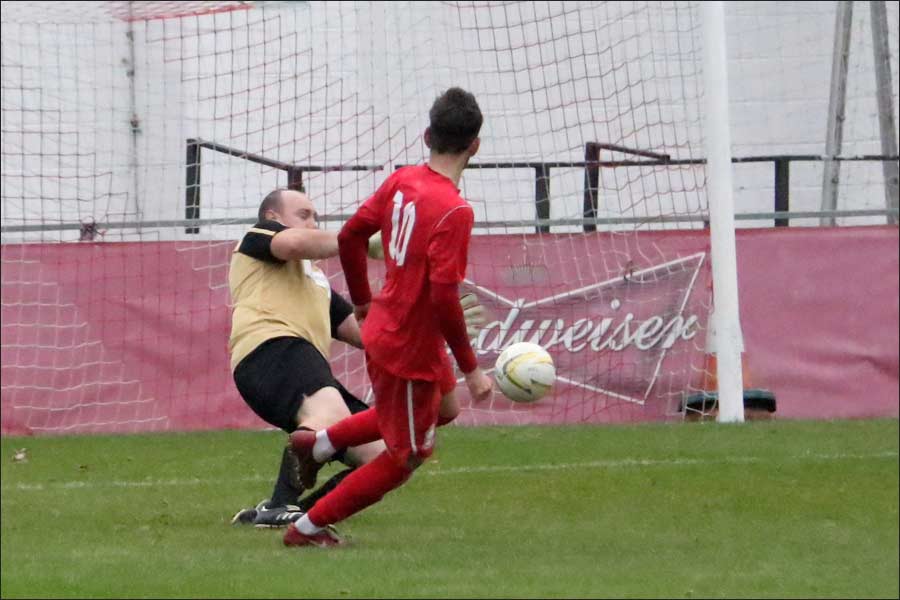 Jets pitch man of the match was Tom Inch but a bottle is in the fridge for keeper Tony Kirby as well who made save after save to hold the title chasers at bay. 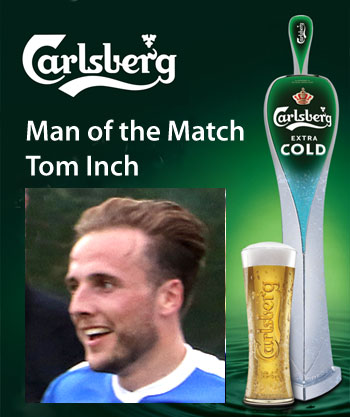 In reflection we have played Hoddesdon, Berkhamsted, WGC, London Colney and Wembley already and on the form we have seen it’s difficult to not see Wembley and London Colney being the front two, but it’s a long season and things can change when the cards and injuries kick in.

For Jets, the staff need to settle a side down who can and want to commit to play and train hard every week and get blended into a decent side, at strength as wins at places such as Berko and Hoddesdon Town recently show they are a formidable side, but on days like today they need more strength and experience and commitment to tackle the big boys of the division.

Let’s be fair here. We started the season with no expectations and it has been a decent improvement so far but when some people go missing it’s difficult for Stedders and the team, when lots are out at this level it’s impossible. Wembley are a very very good side and powerful on the attack, they will take some stopping but a lovely club, with smashing staff and officials and a carpet of a pitch. It’s hard not to want to play there again next season !! 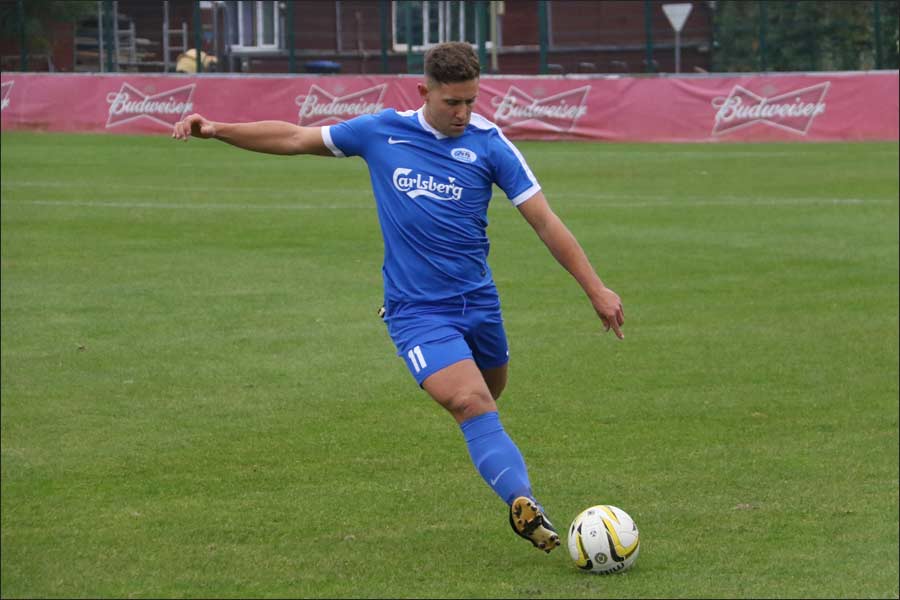 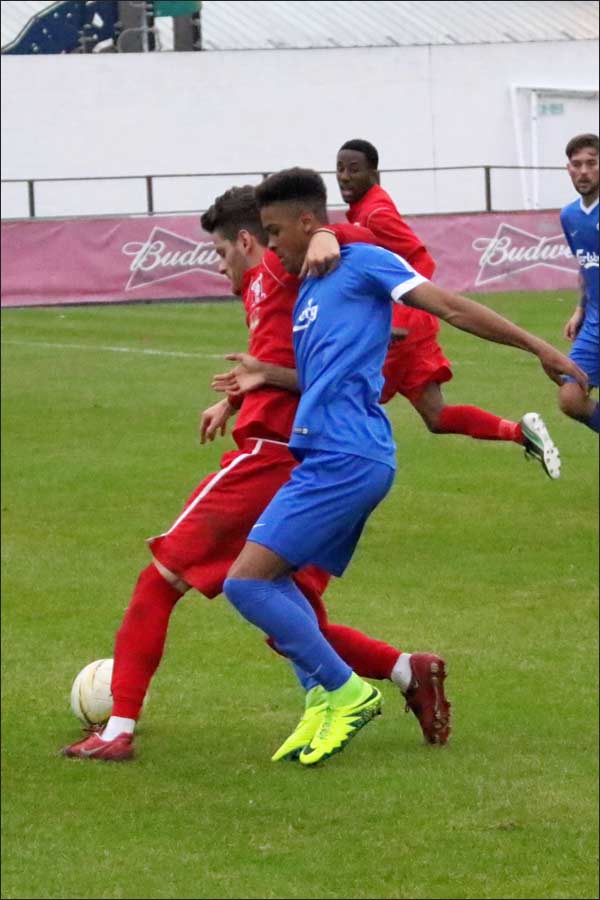 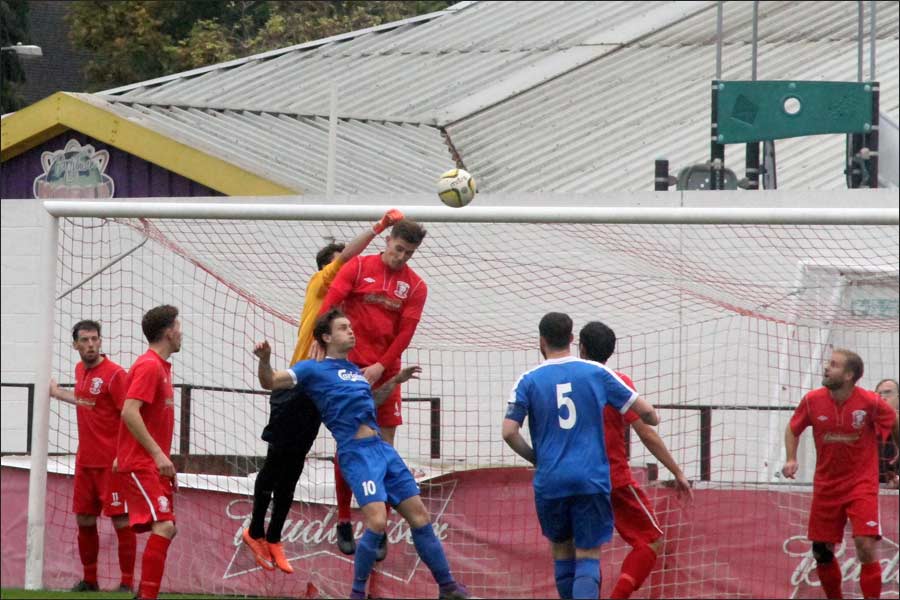 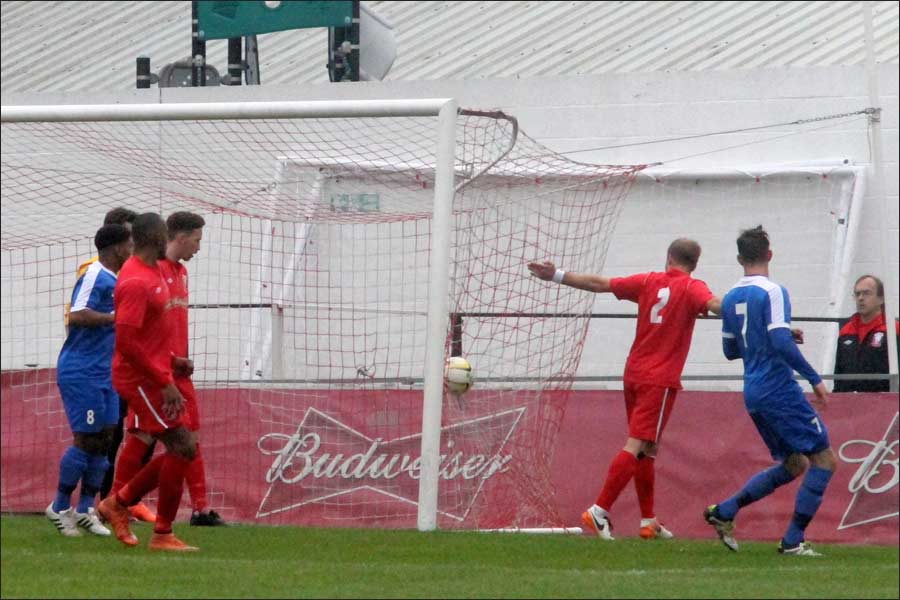 Just wrong side of the post for Adam Lowton 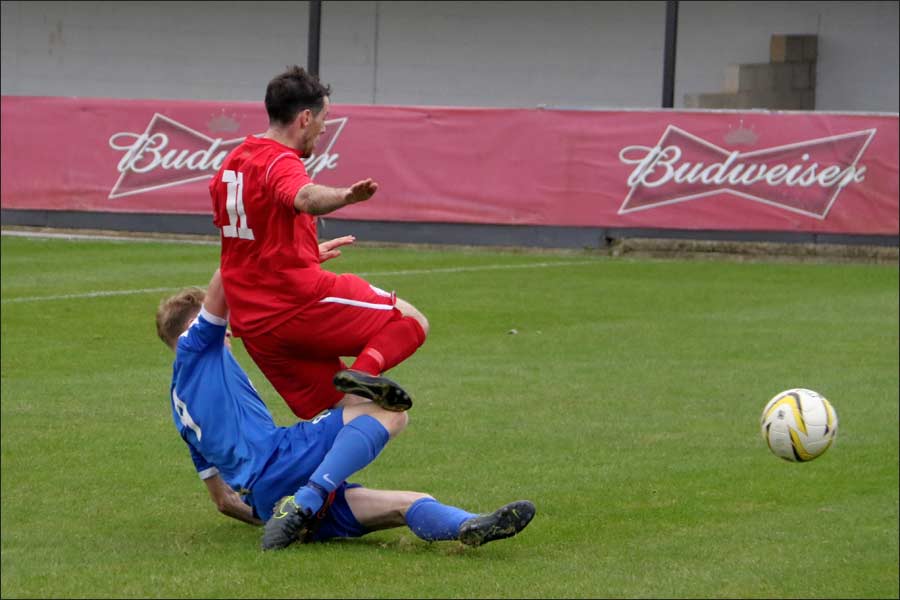 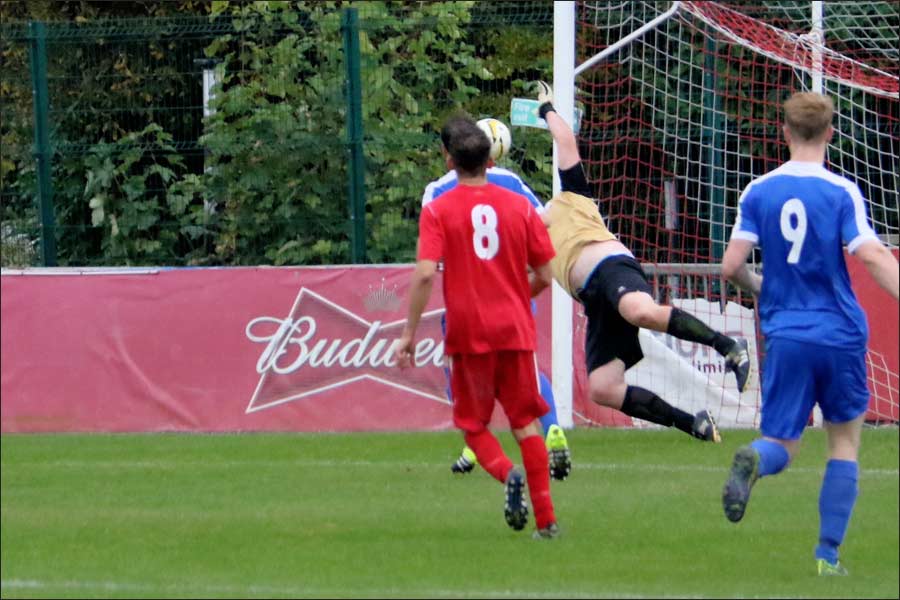 Another flying Tony Kirby save 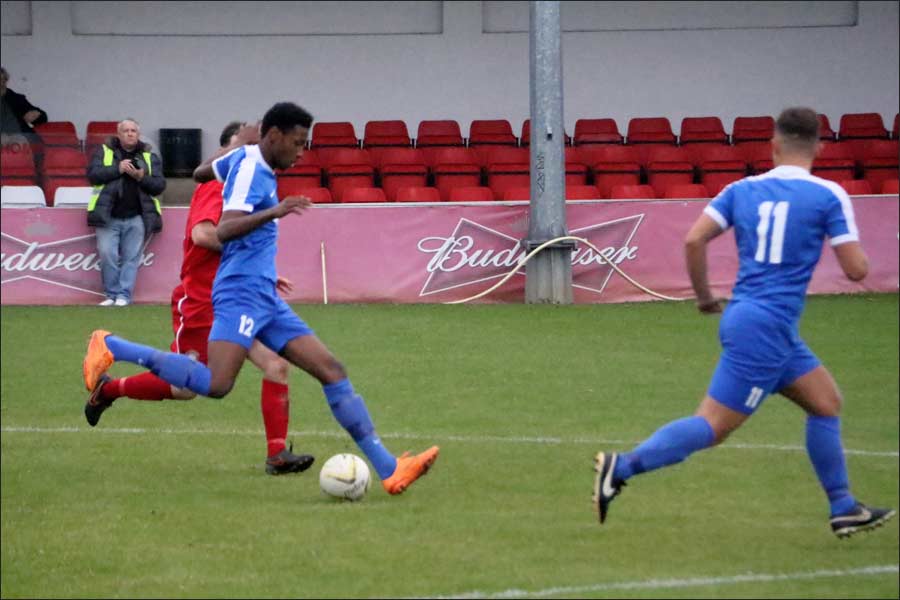 1st team debut for TJ from the Jets Academy 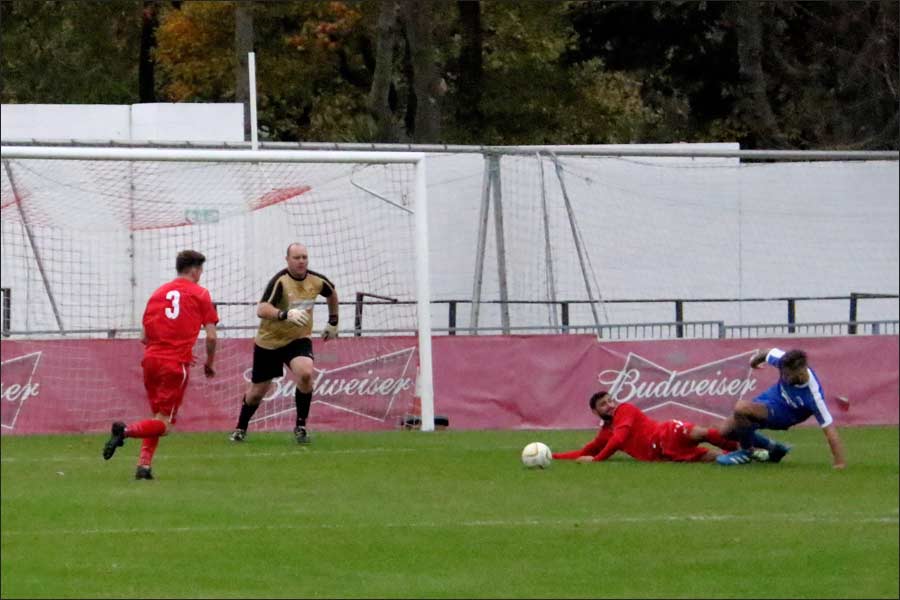 Strange pen with Wembley player already on the ground 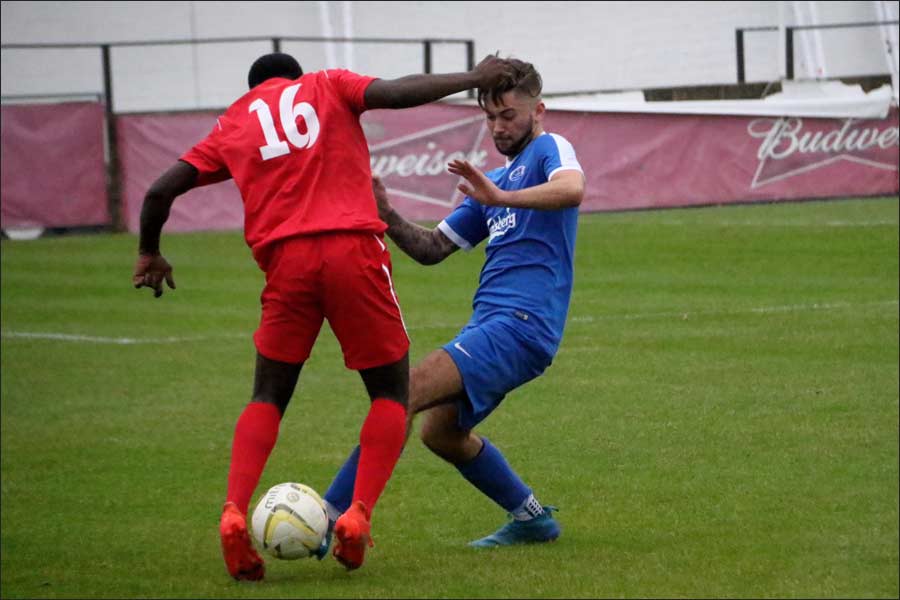 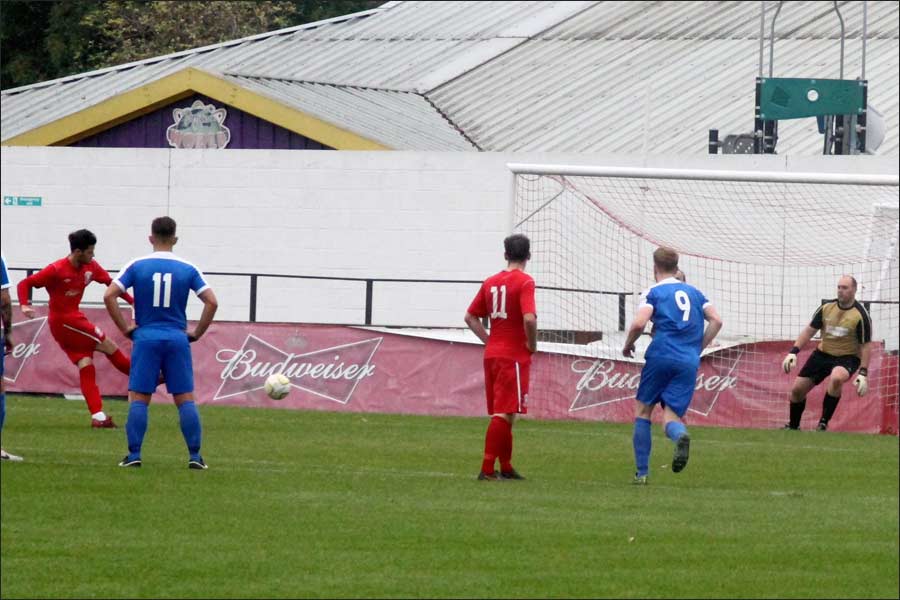 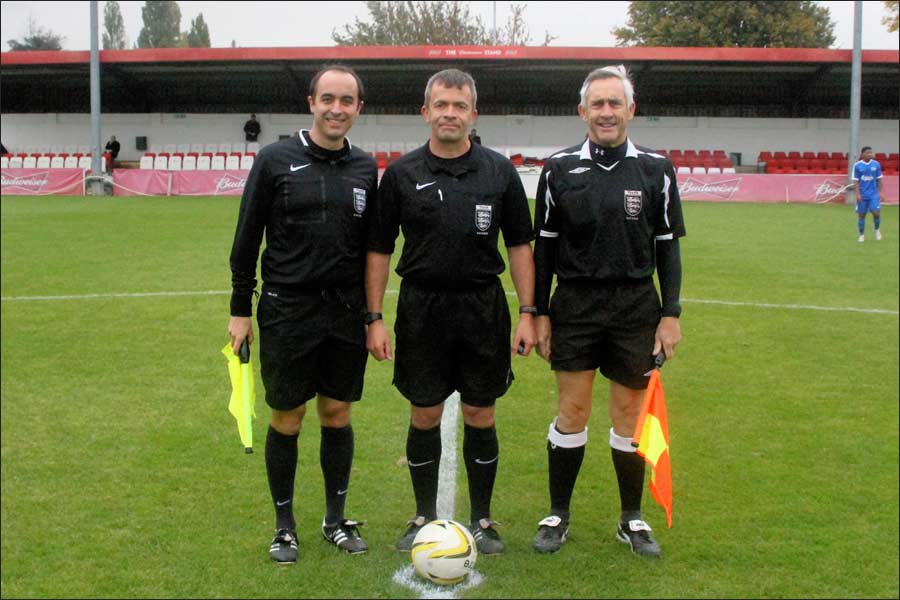