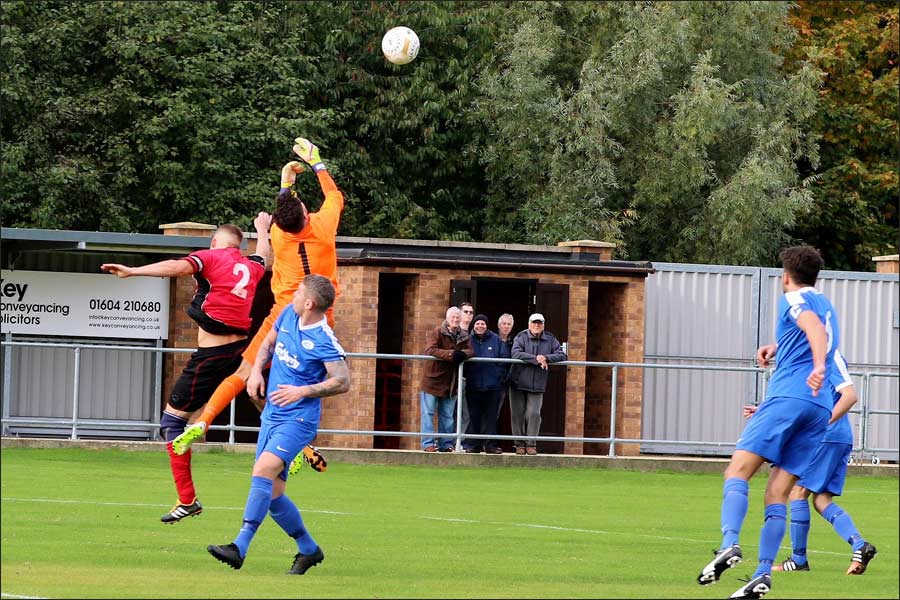 Jets FA Vase away game at Northampton Sileby Rangers was abandoned after just 12 minutes of play when Jets keeper Rob Partington was badly injured in a collision and fall.

Rob was attended to by Jets’ John Elliott who provided medical support until the emergency services arrived. Rob could not be moved until the ambulance arrived and before the ambulance team could do their own assessment of the situation, so the decision was taken to abandon the game.

Rob was taken to hospital and it has been confirmed that he has three fractures to his jaw as well as extensive dental damage and facial stitches. Rob will need to undergo an operation Sunday. 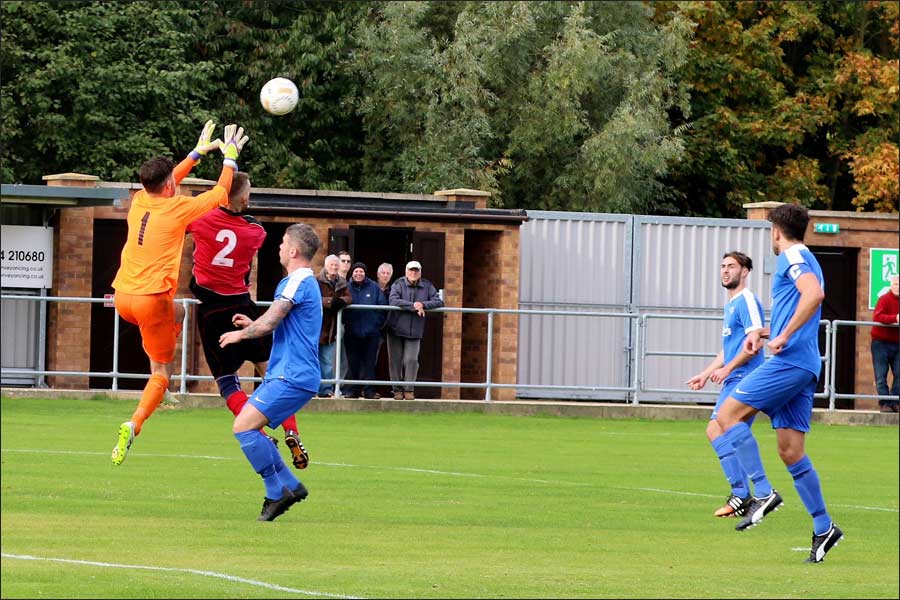 The collision as Rob Partington leaps for the ball

Rob already dazed, head back, falls to the ground

John Elliott attended to Rob while waiting for emergency services

It was Rob’s 24th birthday as well, and his family and relations had all come to the game to watch and they had planned to surprise him with a birthday cake after the game.

Everyone at Jets and our supporters wish the best for Rob and that everything goes well and that he has a speedy recovery. Thank you also for the good wishes and support that Rob has had from our opponents, Northampton Sileby Rangers, and from non-league clubs, officials, supporters and media.

The trip itself had already been eventful with the Jets coach breaking down in the worst possible position on the motorway exit roundabout at Junction 15 on the way to the game.

The coach had just exited the motorway and stopped at the lights at the top of the exit slipway waiting to get on to the Junction 15 roundabout. When the lights turned green the coach moved forward about 20 yards into the roundabout traffic but shuddered to a halt.

The coach was surrounded by traffic on all sides and was in an extremely dangerous position as lorries and cars had to swerve to avoid a collision. A call to emergency services was responded to admirably by Northampton emergency services who came and controlled and halted traffic to enable Jets players to be taken safely off the coach and taken to the football ground by various mini-buses and vans.

Fortunately nobody was hurt in the coach breakdown but Rob’s injury has overshadowed the whole day. 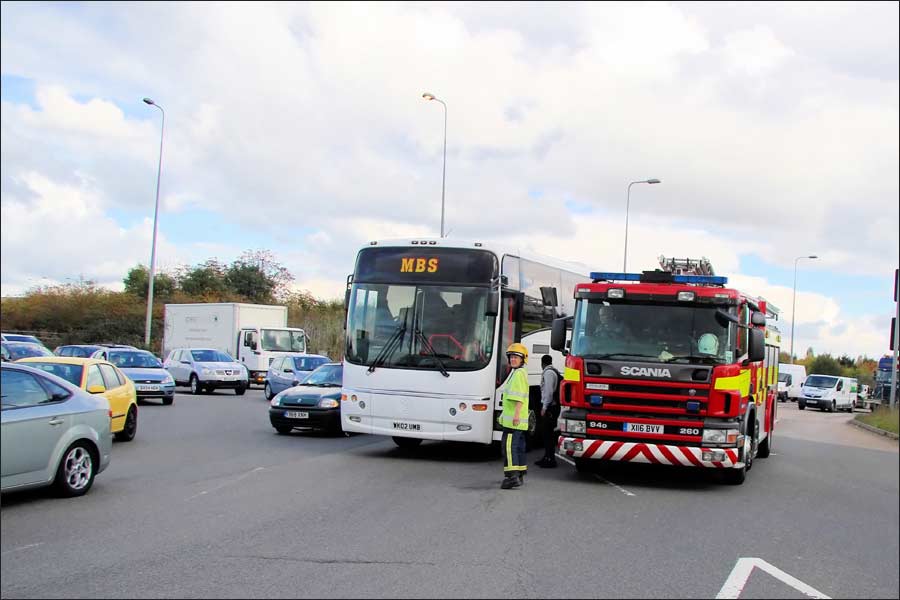 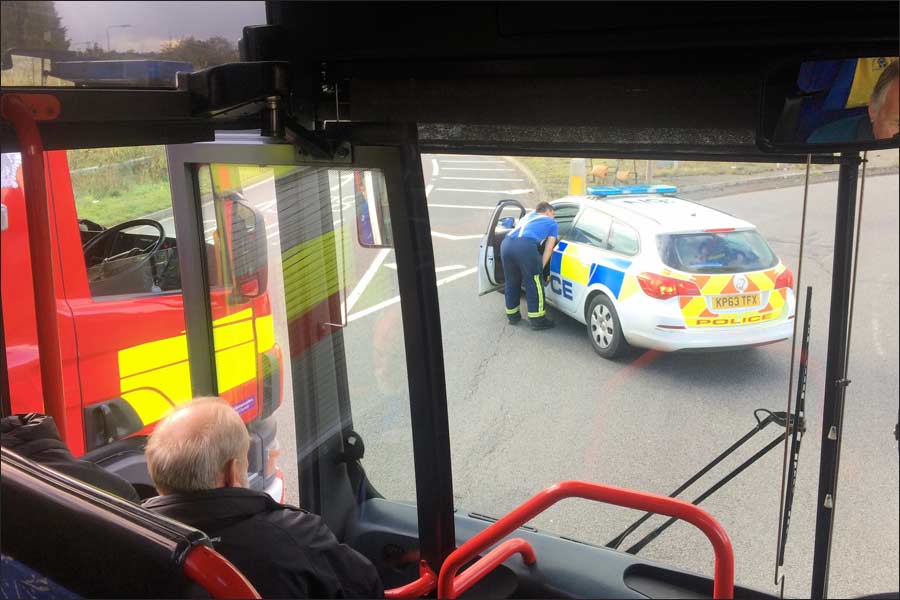 Words of encouragement and support 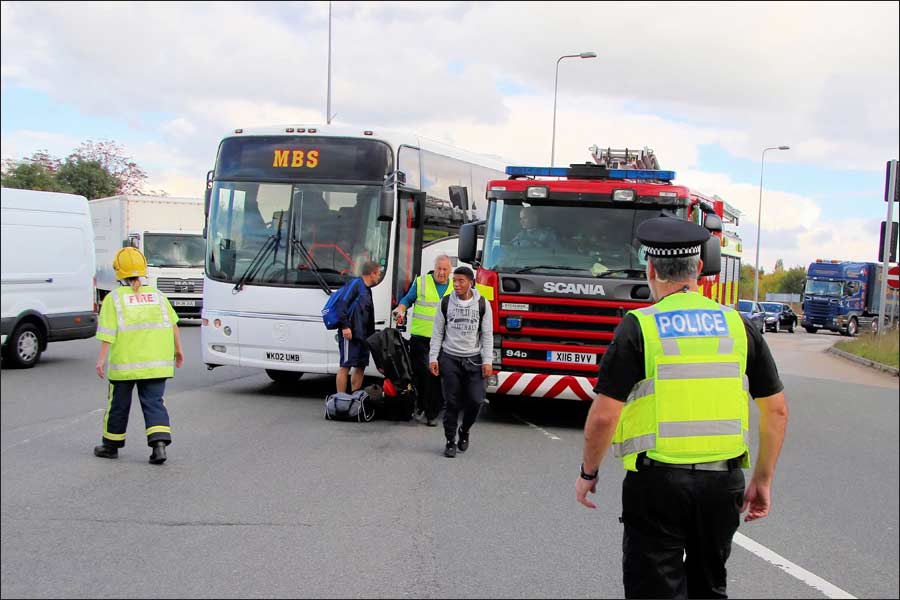 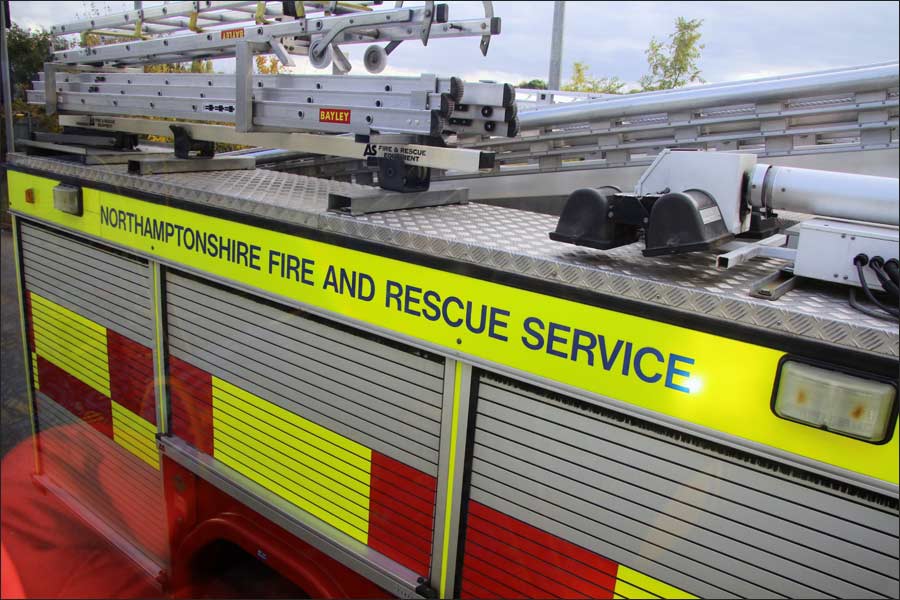