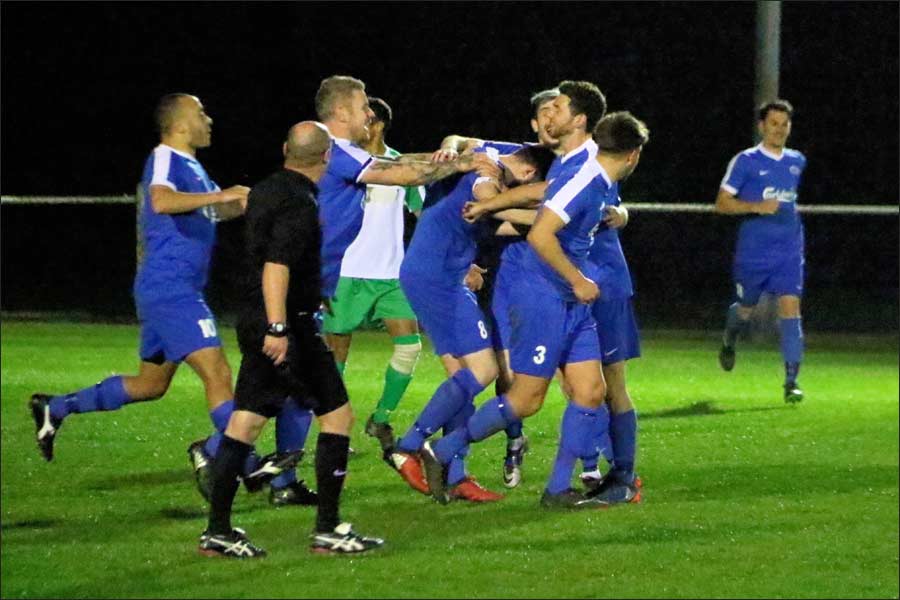 Jets kept their good run going, one that has taken them out of any trouble into a good mid-table place, with a fine 1-1 draw at Leverstock Green.

This was a match that both sides will feel they could have won, and both sides for the rather dubious refereeing during the match. 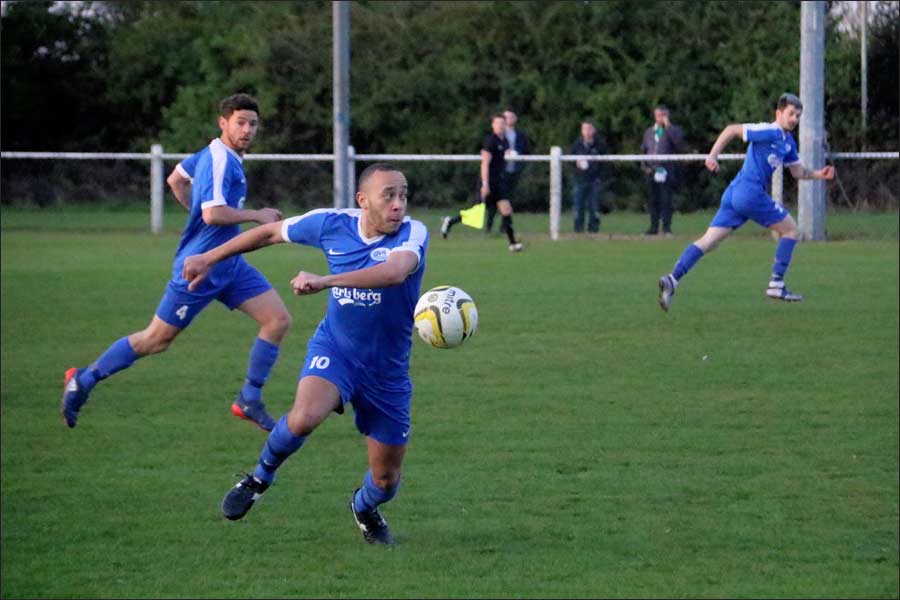 Jets went ‘up the slopes’ in the first half and battled well in a fairly dour first 45 minutes that had ‘end of season match’ written all over it and it was 0-0 and not much thrill at the break as both sides defensively and midfield wise battled and ran to counter the other with little openings, except skipper Scott Pugsley’s shot that hit the post.

Sim’s header bounces on the rock hard surface past the Leverstock keeper, 1-0 Jets

Jets best period on top led to the lead when, after a spell of pressure and two good saves, from the resulting corner Sim Armstrong powerfully headed down and the keeper was beaten as the ball bounced high on the rock hard pitch into the roof of the net. (57 mins).

The referee was making some strange decisions both ways and it was unintentionally opening up chances for the teams and causing frustration that led to some cheap yellows as so often poor refereeing does.

Both teams had penalty appeals turned down and frustration grew more and more and the fear, frankly, was not getting to 90 minutes with 11 v 11.

Ian Hurst was, it seemed, flattened without action and the play swung immediately upfield and a good cross by Curtis found JJ to flick head the ball into the net. 1-1 (76 mins).

Both sides went for the win and both could have got it, but 1-1 it stayed and the second meeting in 9 days was over with one more to come next Thursday in the St Marys Cup, 7-30 kick-off at Jets. 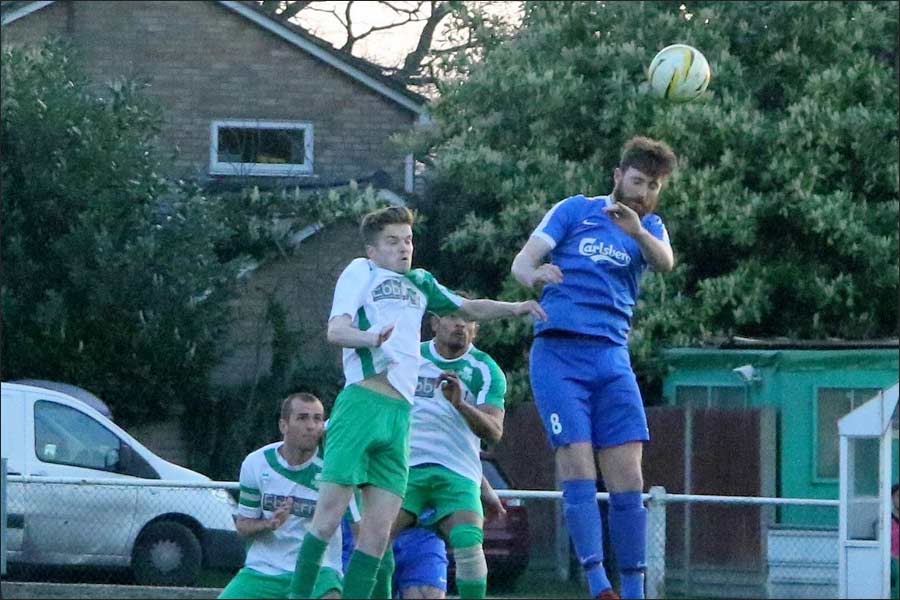 Jets Man of the Match Sim Armstrong was in fine form

Carlsberg man of the match with a bottle of the green stuff and the accompanying prize went to Sim Armstrong, whose overall performance was outstanding and was topped off with the powerful point getting goal. 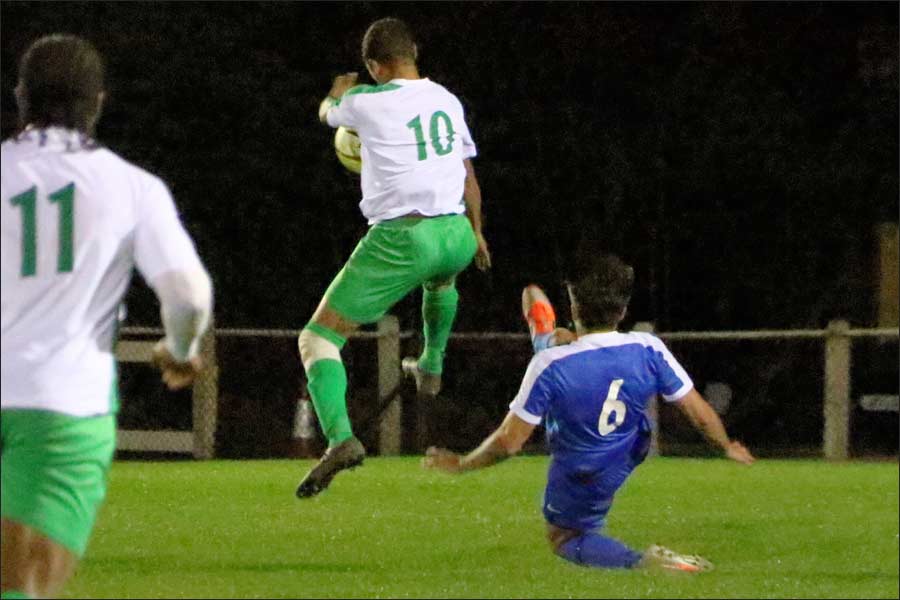 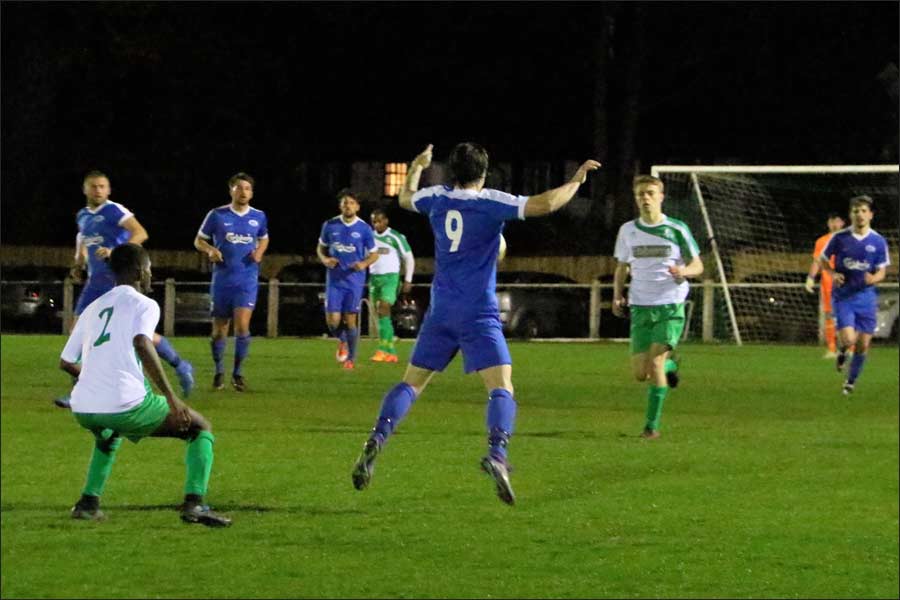 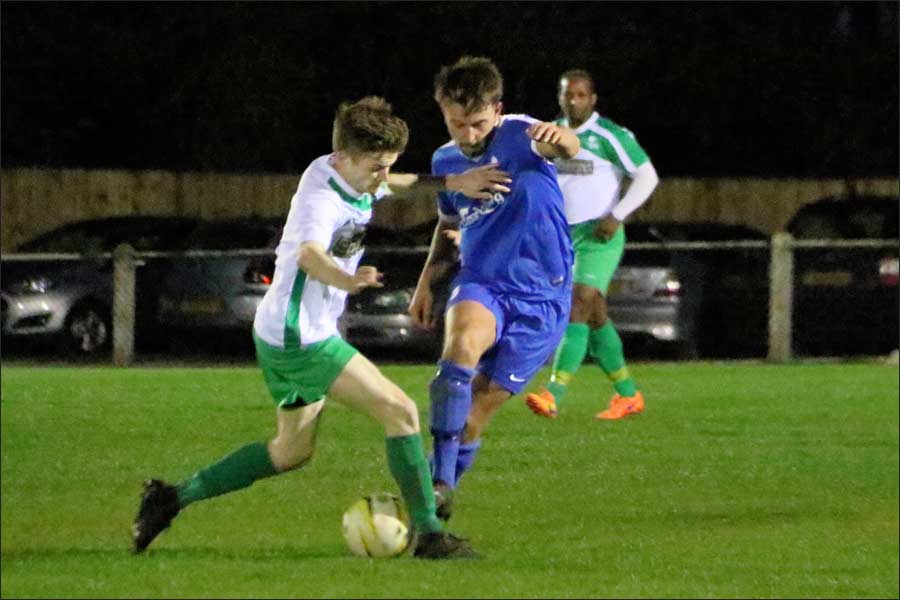 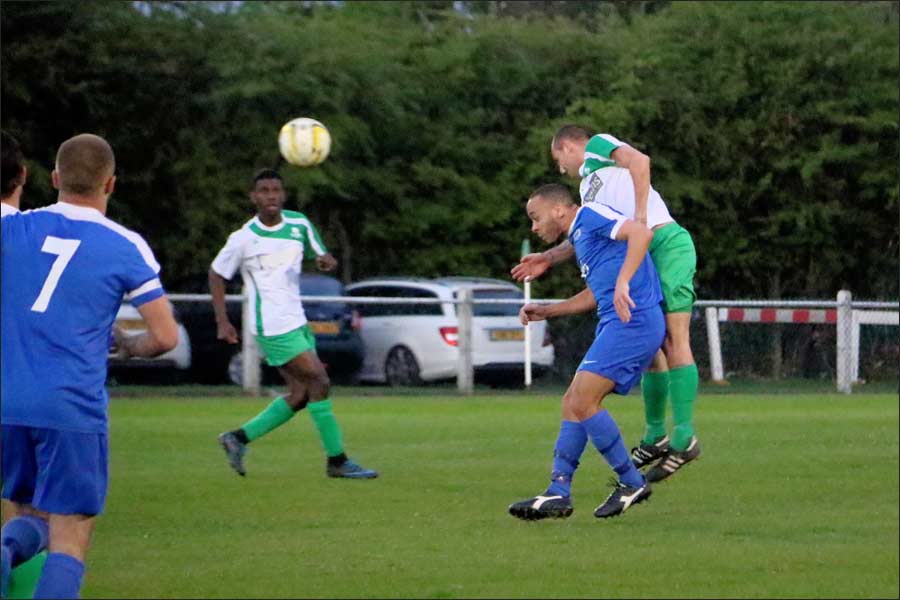