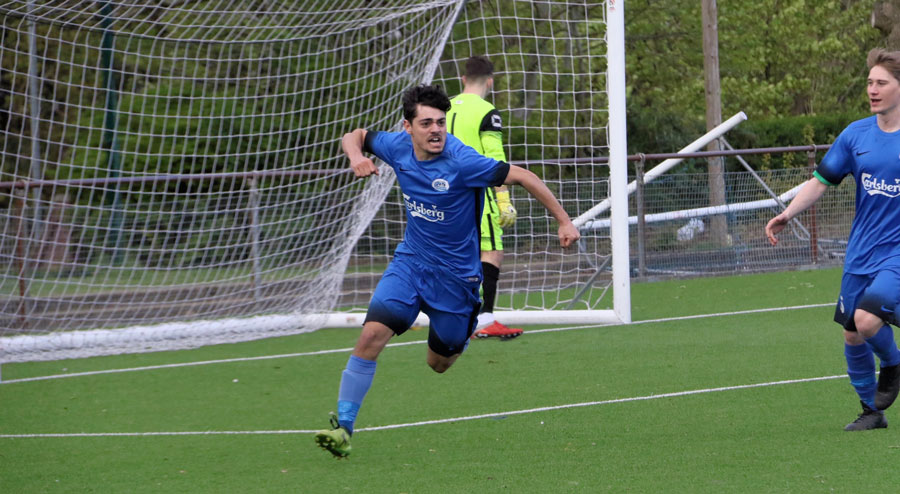 Jets had to reshuffle yet again but boy oh boy did some of the lads say they want their cup final shirts today.

Jets went to a superb Luton training ground on a perfect Astro pitch to play in-form Crawley Green in the final league match of the season. It was the last chance for players to bid for their cup final shirts.

Jets went 1-0 down after only 4 minutes

What a mess, though, the start was, the defence was woeful and the attack wasteful, and Jets very quickly went behind, just 4 minutes 1-0 when Draycott slotted well from inside the area.

Jets were actually quite unlucky when Johnson hit the bar with the keeper beaten, but Matty Evans was just as busy making many saves, as was the Green’s keeper, but Jets squandered many opportunities. 1-0 became 3-0 in less than half hour when Draycott added a second and Nimi slotted, Jets were becoming Easy Jets at the end of the Luton airport runway. 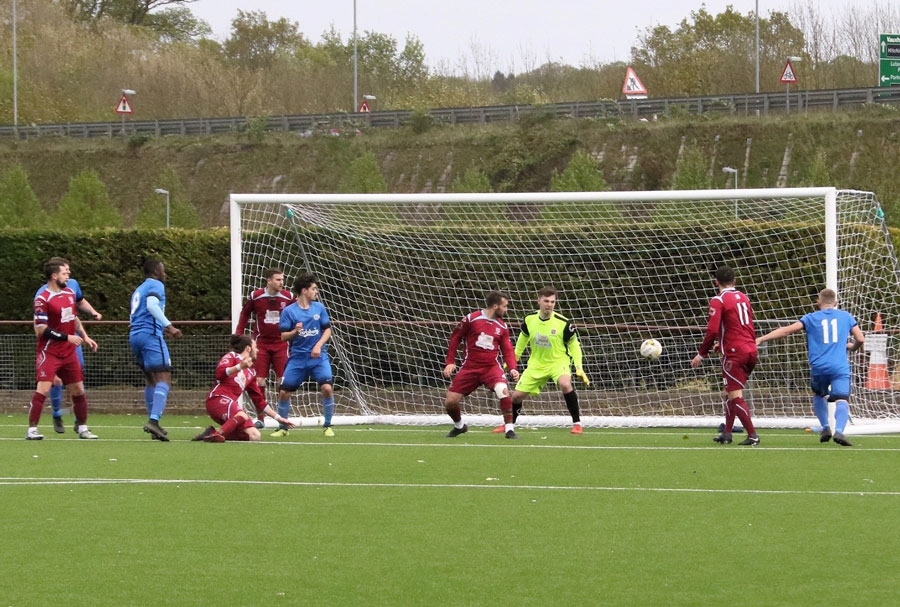 With half time in sight, Kyle Johnson slotted for Jets from close range to restore some pride.

A dipping shot from Nick Kerley makes it 3-2 Crawley 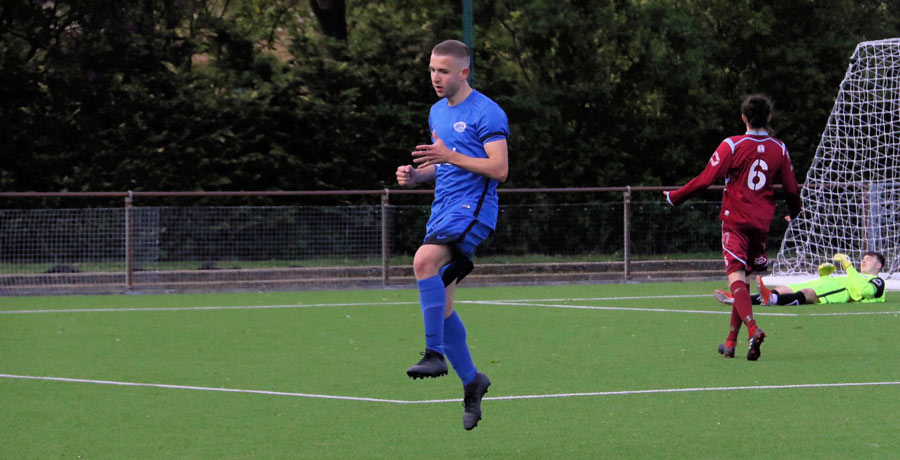 Kerley celebrates and Jets are bouncing.

Tim was calm, firm and very clear of his expectations and the team responded like the roar of the planes overhead zooming to their destinations, it was a different set up with the defence solid and streaming forward and a superb long shot dipping over the keeper on the hour by Nick Kerley set Jets up again 3-2.

Now it was attack attack attack. Luke Jones was combining with Giordmaina’s excellent work rate to cause problems with Johnson and Kerley waiting to pounce. Pounce they did when, after the Green’s keeper made two superb saves, the ball ran out to Nick Kerley outside the box who cheekily rolled the ball with precision into the net with the keeper still flat on the floor 3-3 (77min)

Another fine save from the Crawley keeper 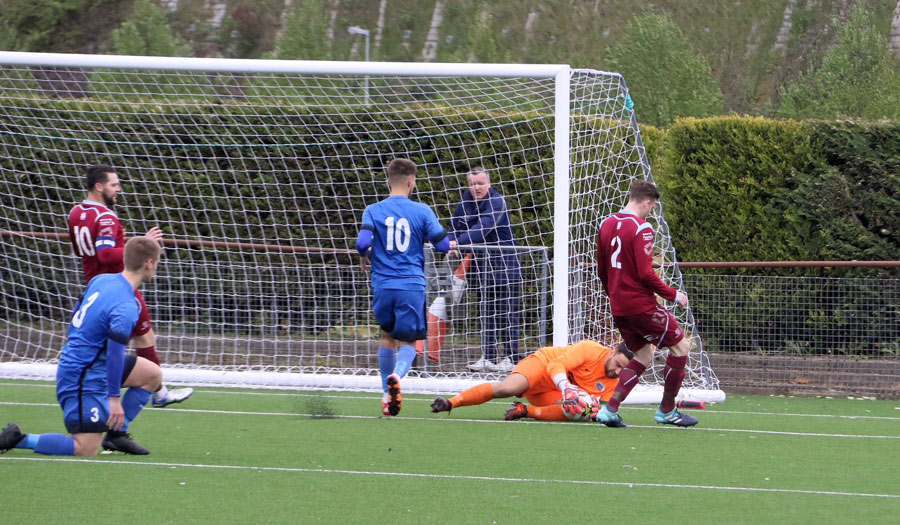 Matty Evans was in fine form too.

Jets now fancied it big time, and a draw was not on their minds, green countered with two superb saves by Evans as all caution went to the wind, but Jets were menacing and were denied by excellent goalkeeping. 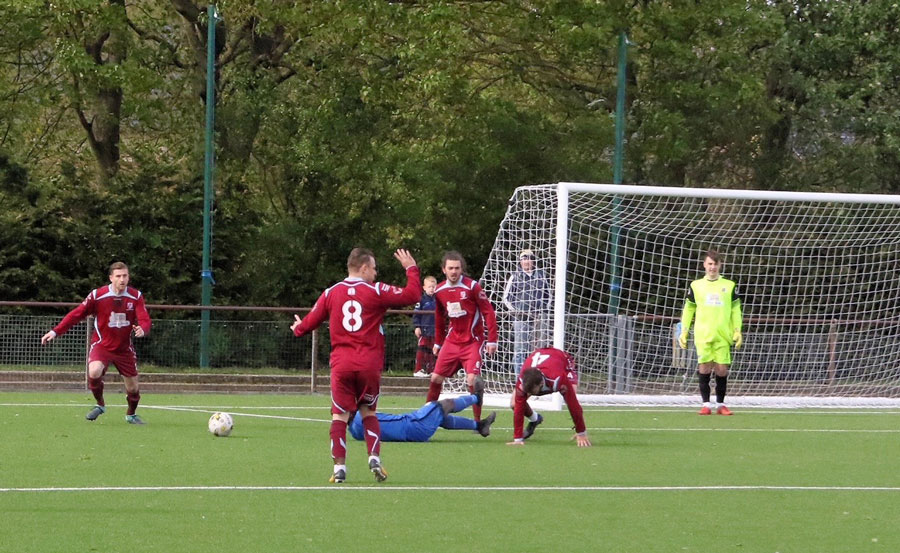 Big penalty call as Kyle Johnson is flattened but nothing given.

The breakthrough was surely there as Kyle Johnson was upended, but to the horror of Jets, nothing was given.

Penalty! Hand ball on the line in the final minute and Jets have the chance to win it.

It was tense, but the hosts looked to have hung on, but Jets pushed and pushed and the ball looked in from a Deji header but he was denied on the goal line, and the player instantly dismissed for the hands. 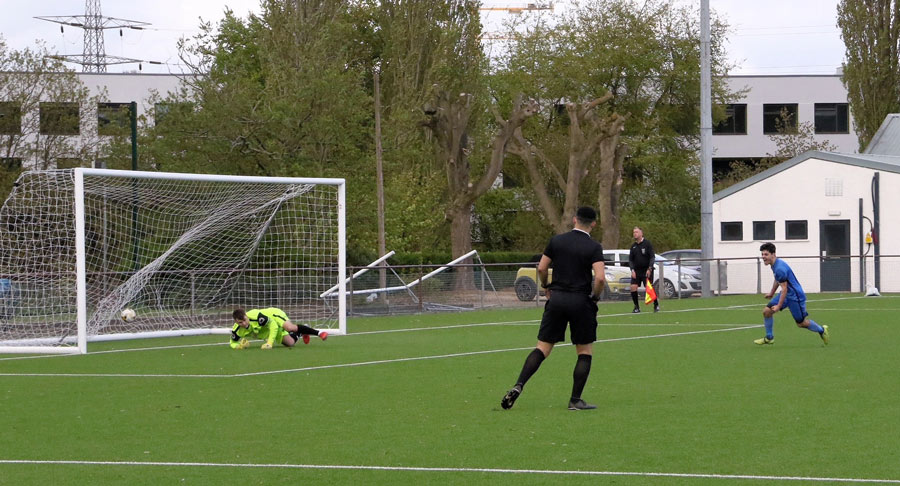 Sean Giordmaina steps up and sends the keeper the wrong way.

Now Jets have missed the last four penalties, and with a minute to go, this was it. The supporter behind the goal did his best to put off the youngest starter on the pitch for Jets as the boss gave young Sean Giordmaina the job.

Jets Belief and Desire all back again!

Breath held he held his calm, the keeper blinked first and he rolled the ball into the net. Jets went wild, it meant nothing more than an 8th equal place finish pushed behind Arlesey by goals scored ( hmm remember that rule last season on the last day 😂😂). With the final whistle, it was pride, spirit and belief restored after a couple of dodgy games.

One game left now, the cup final v Berkhamsted Town at Hemel FC on May 9th.

Man of the match Luke Jones, the man of the season Tim O’Sullivan and his team and staff as first-team football again has some of that old Jets spirit back. 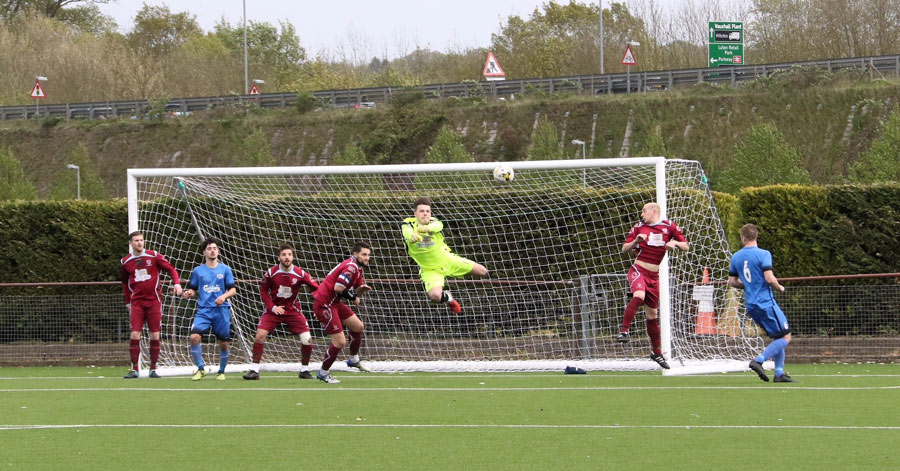 Fine goalkeeping from the Crawley keeper 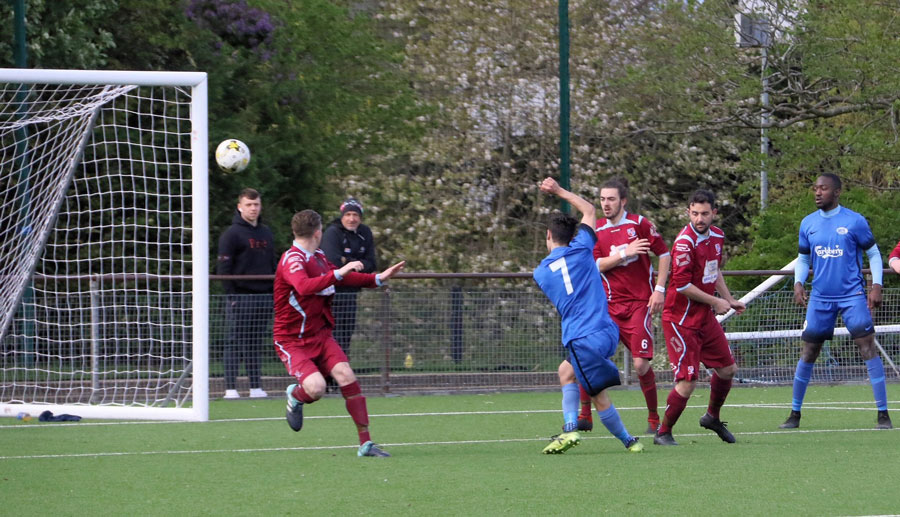 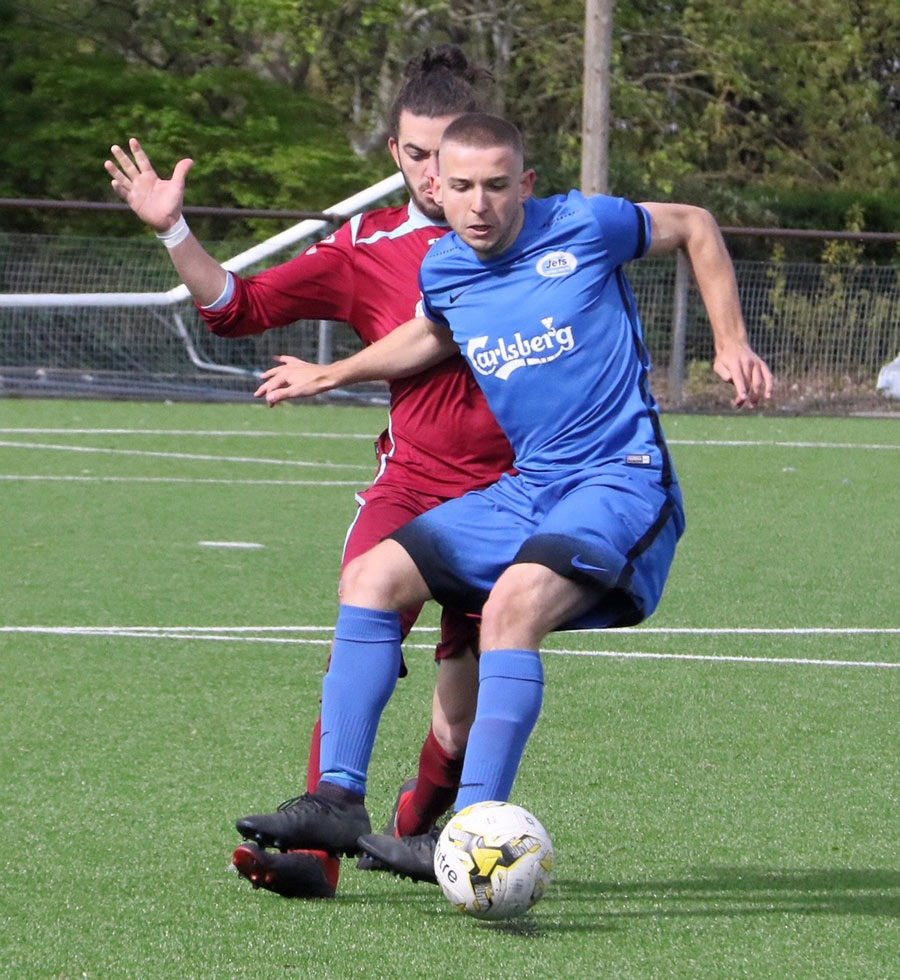 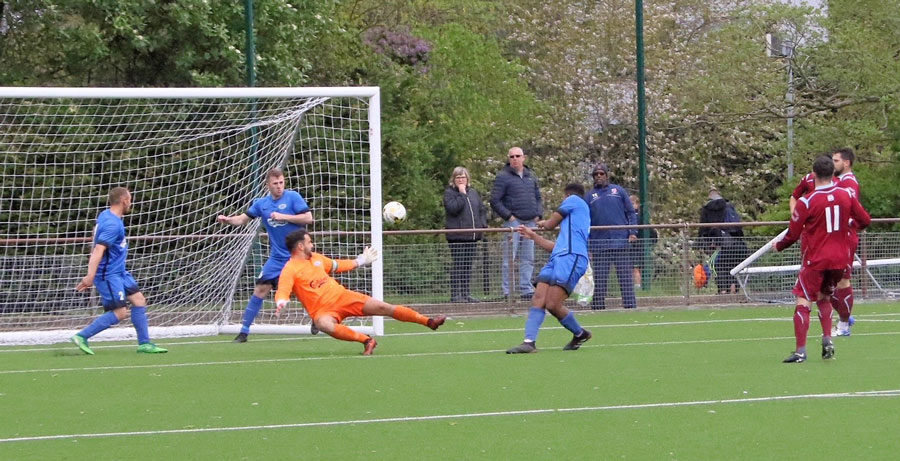 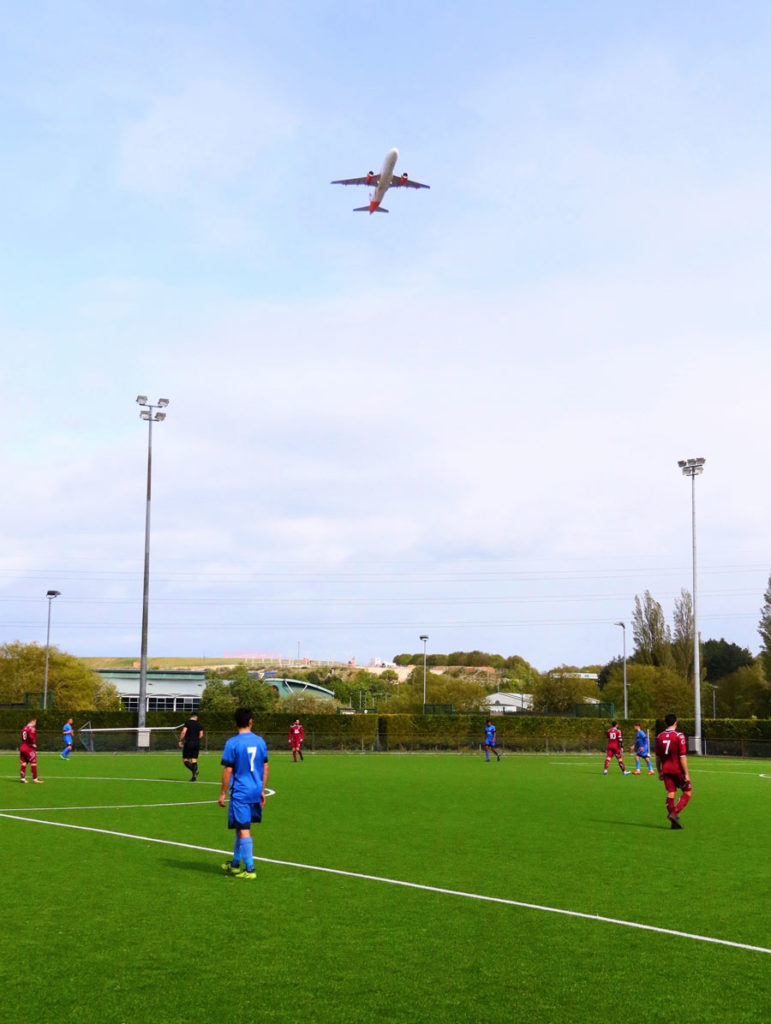 No Easy Jets on the pitch at Luton today!