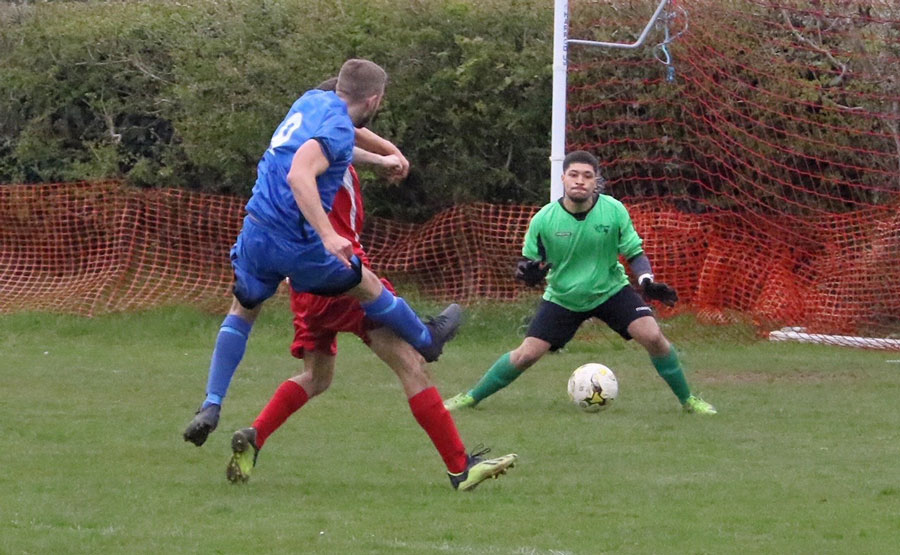 This comfortable 1-3 away win at the lane by Jets, along with other results, pushed Cockfosters to the bottom of the table.

Jets, conscious of the game earlier in the season, were careful to have no feelings or comments open to interpretation so mixed and match and rested large numbers for the trip.

Filip Chalupniczak, up from the Reserves, did a good job for Jets

A call up for reserve squad keeper Filip Chalupniczak was one of five changes for Jets. 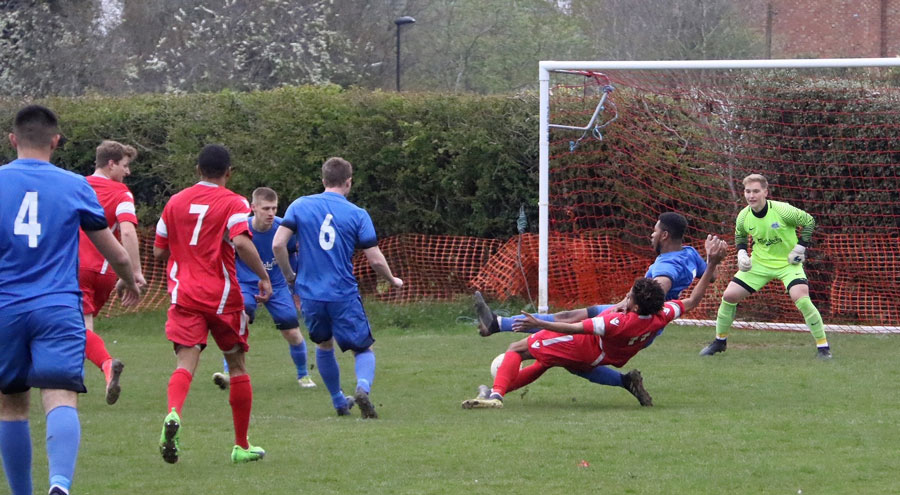 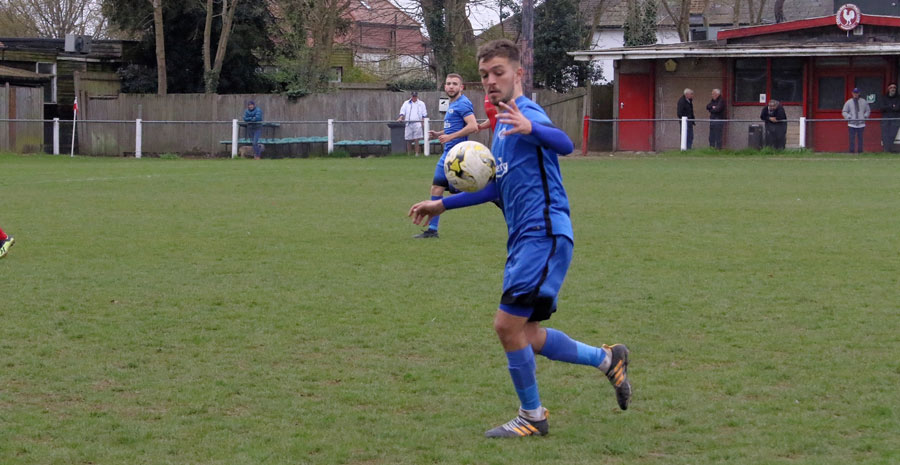 Luke Jones was buzzin’ first half

The side got off to a shaky start and Fosters had a big penalty call when Jordan Payne appeared to manhandle, and this was virtually the only glimpse for the home side as Kerkey, Giordmaina, Marku and Jones worked together to pin the home defence down, and two goals quickly followed. 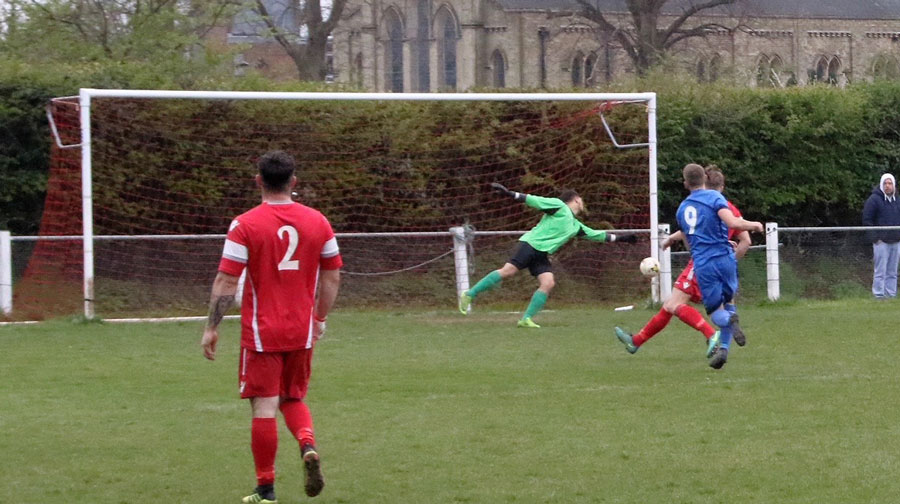 Superb curler from Nick Kerley puts Jets one up 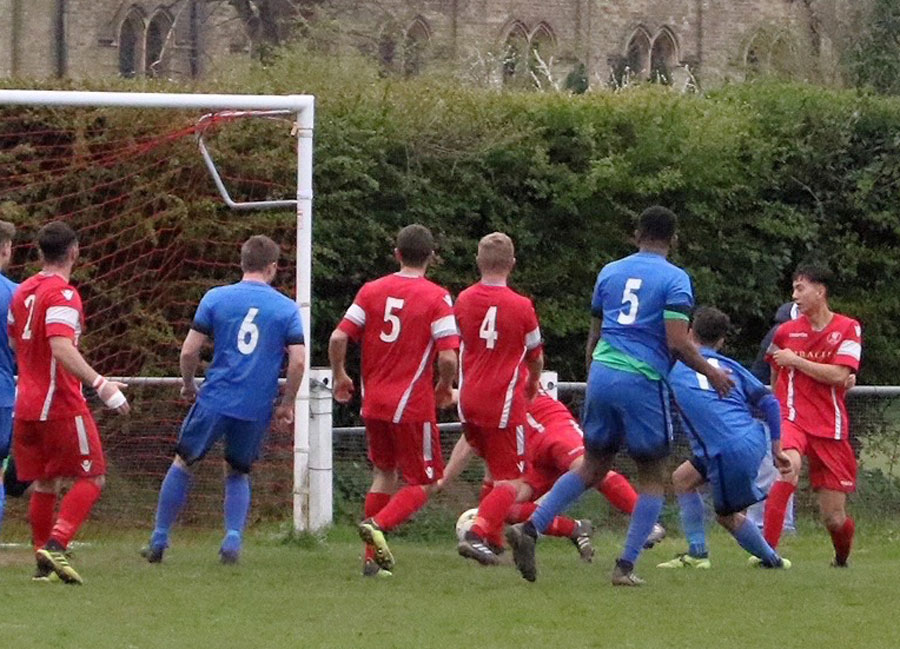 Nick Kerley latched onto a Marku superb ball to curl no1 home right on the post. Jets had multiple chances twice Giordmaina going through but the keeper and the bounce denying and Kerley and Bonner blazed over, but it was a short let off, Henry Marku wins a near post header, and the scramble followed and a swivel shot by Sean Giordmaina latched home 0-2. Despite much pressure, the score remained until the break.

Nick Kerley fires home his second and makes it 0-3 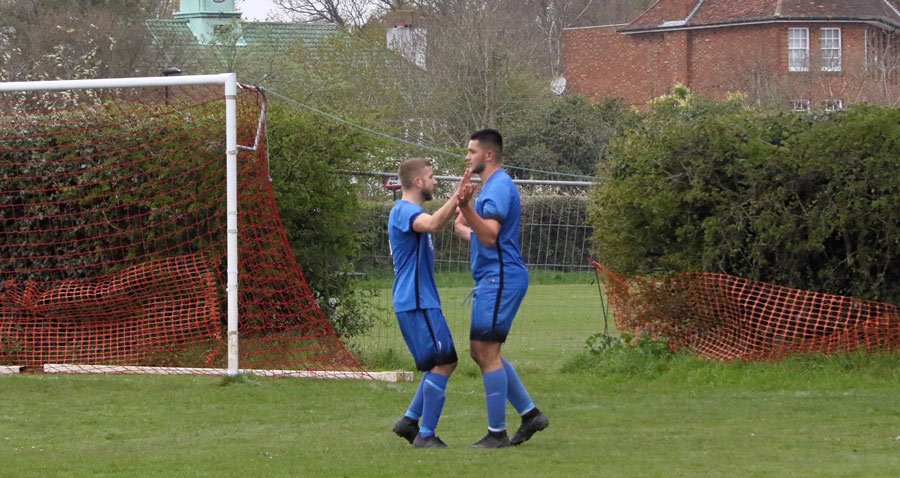 Jets were even with the changes comfortably controlling the match and when superb touch football by Jets and again Henry Marku finding a Kerley to fire home no3 Jets were all but home and dry and holding onto their hopes for a top ten finish for the rebuilt side, a superb achievement for Tim on his first season. 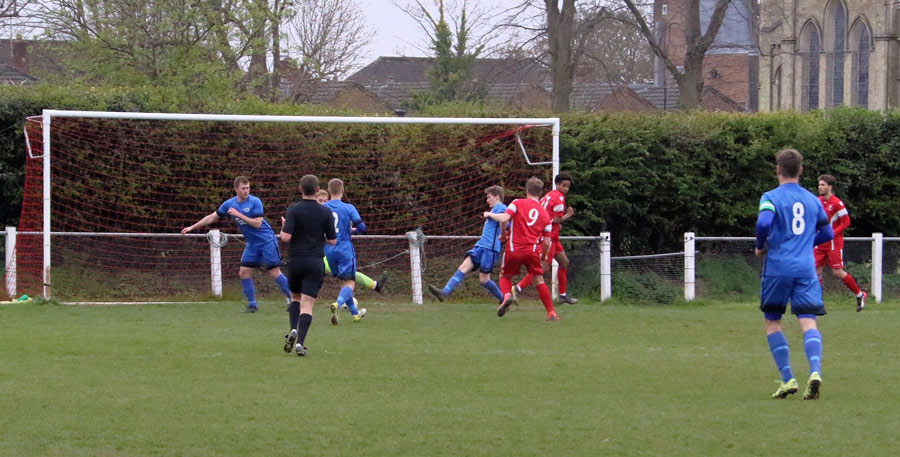 Cockfosters kept the game alive with a quick response 1-3

Cockfosters spoiled the party with an instant reply, also playing first time passes into the net 1-3
Jets seemed to fold and the rest of the period was all the home teams possession, but they will need much more urgency and accuracy of chances to get out of this three-way relegation battle.

Penalty claim from Jets late in the game

Cockfosters clear off the line as Jets finish strongly

Jets used all their substitutes then got an injury to Luke Jones but in the final minutes were denied a handball penalty and an excellent save and goal-line clearance prevented a more comprehensive scoreline on the final whistle of a very calm and well-officiated game by all.

For Cockfosters time is short as they are in a mess like we were last season and one that is going to be difficult unless that big lift can be found that we found when Tim jumped in to add the big attitude zip that was to lead to the great escape. 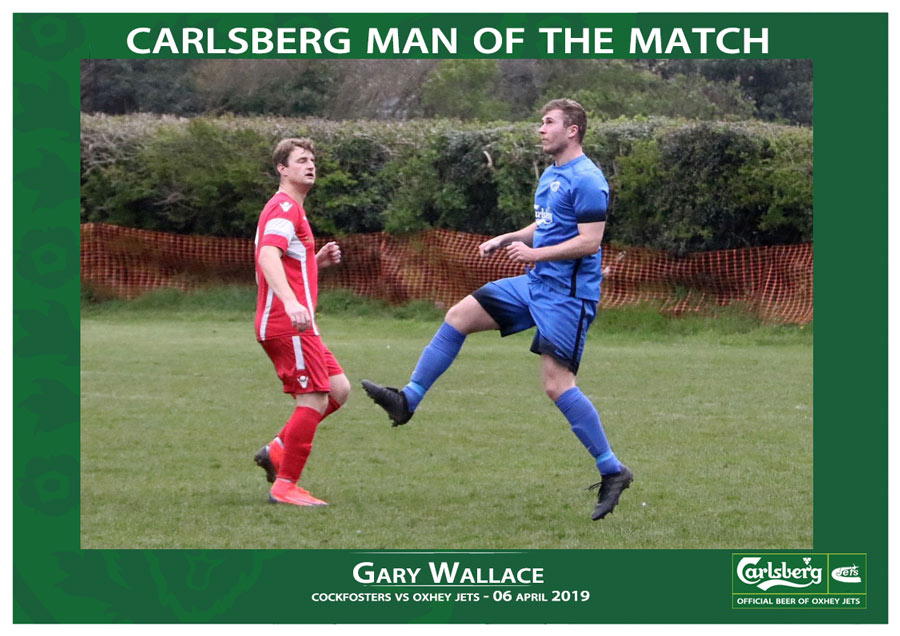 Man of the match went to Jets Mr Reliable Gary Wallace in Jets rearguard, challenged only by Henry Marku for all his assists and imaginative game. 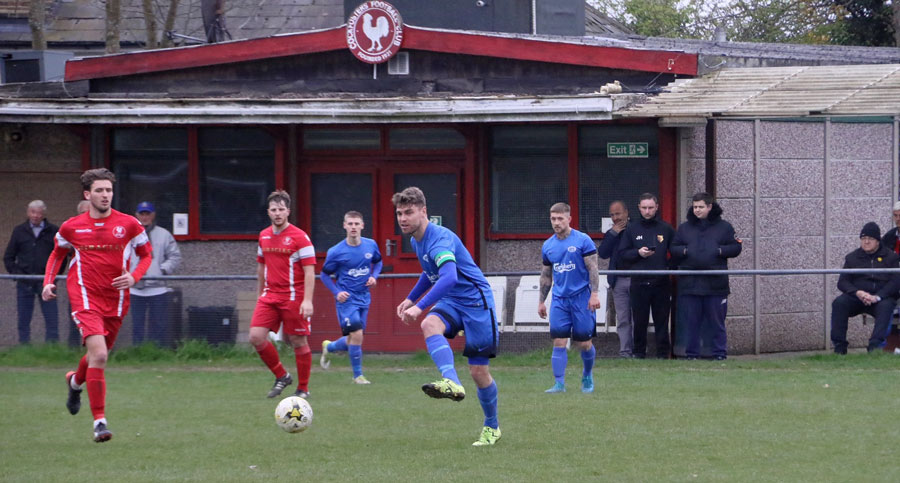 Massive praise from the ref for Jets skipper Scott Bonner

One massive well done goes to today’s skipper Scott Bonner, who was singled out by the match referee as a gentleman and pleasure to work with both verbally after the game and in writing to the SSML.
Excellent to receive such praise for a skipper 👏👏 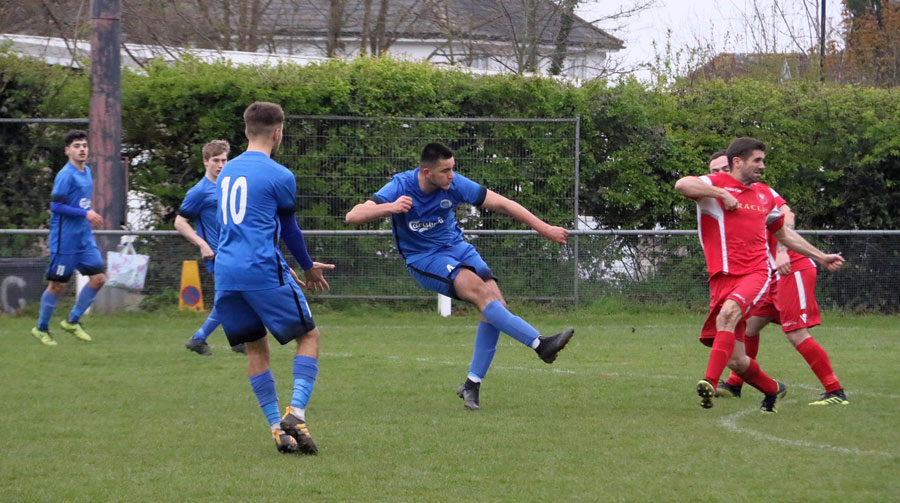 Another stunning performance from Henry Marku 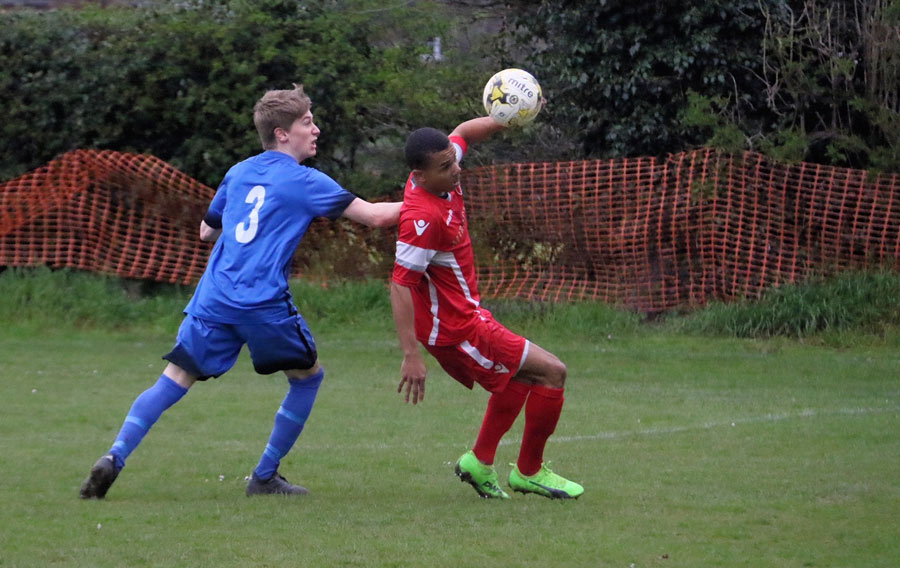 Harry Beaumont back and playing well 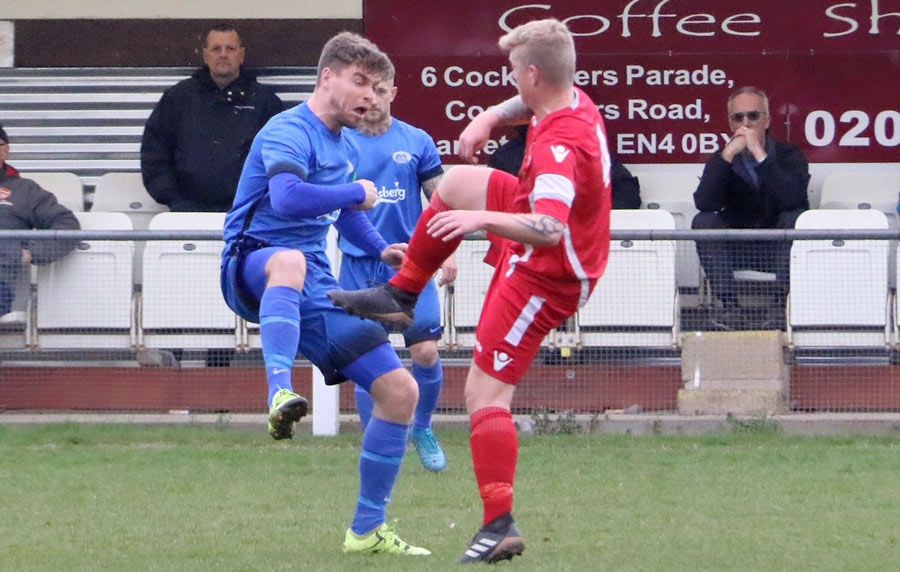