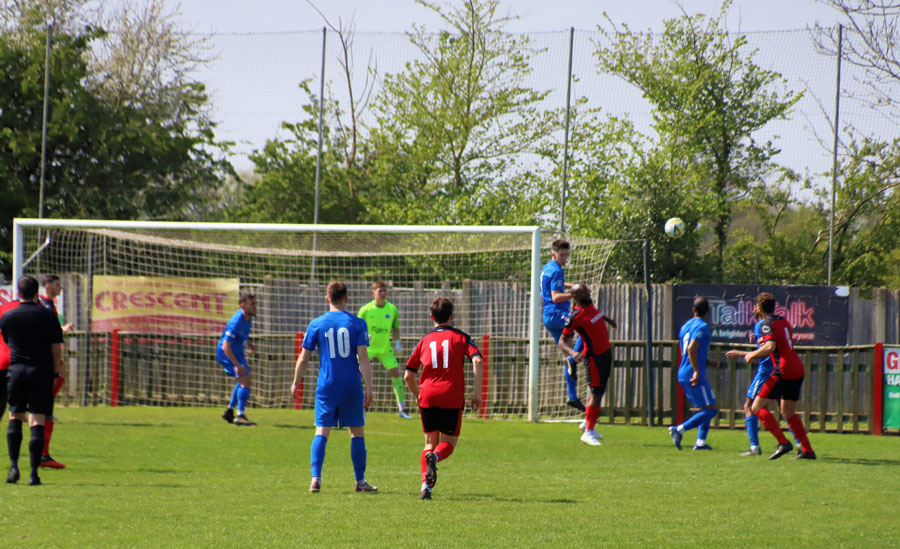 Away Day Joy For Jets

Jets bounced back after a recent flat spot with a superb Easter egg Derby win at locals Harefield Utd in a blistering hot bank holiday fixture that was very heated by the end. 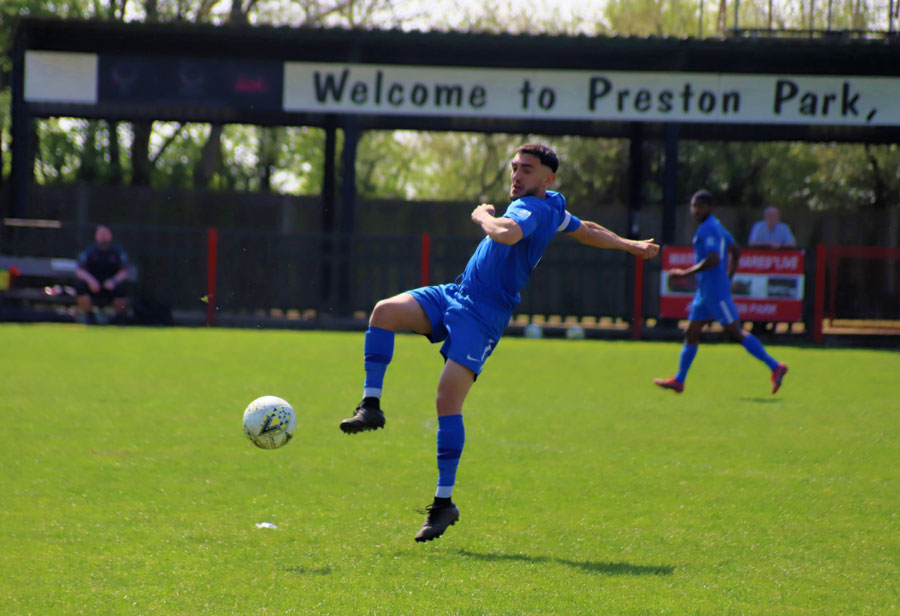 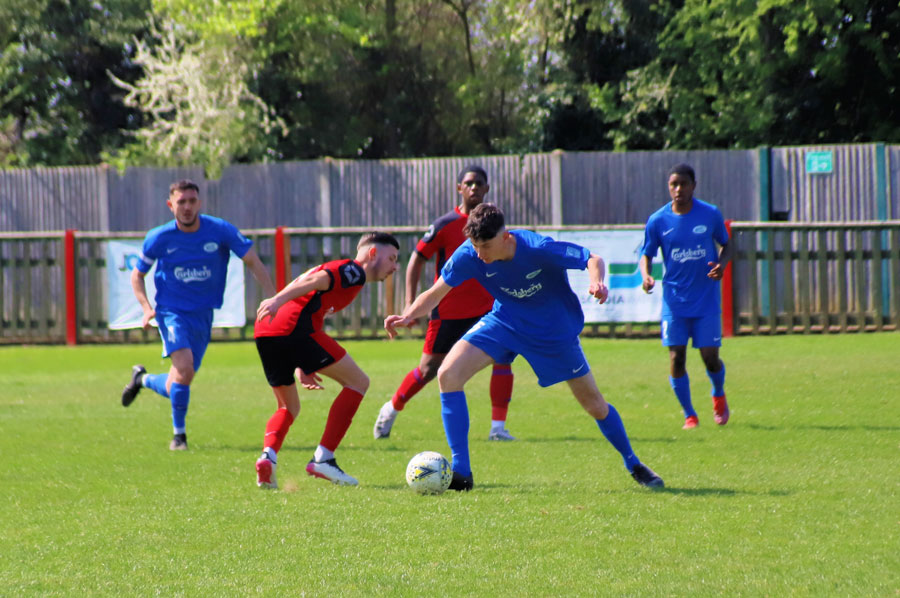 Sam Denham returns with a Man of the Match performance

Jets were relieved to have some back after recent suspensions and holidays, Vass, so important to Jets, returned from suspension and big Sam from a holiday, although Chippy was still away sunbathing on his super yacht and Inchy slid off to Wembley. 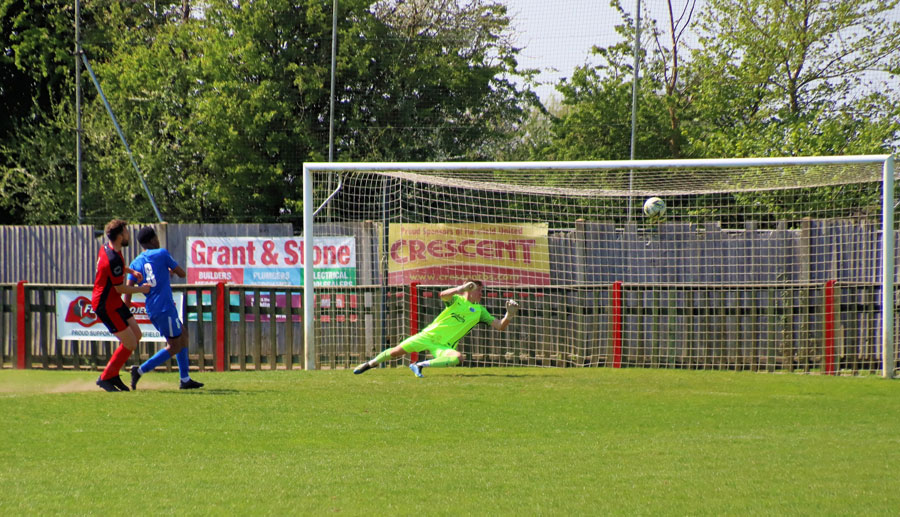 Skipper Harry Beaumont had to pull out at the warm-up with hami problems and Jets did ride their luck in the first half with Harefield missing three or four clear chances before Jake Tabor notched Jets first and only shot on target laid on by former Hares youth captain Kristian Swaby in the 40th minute 0-1.

In the second half, Jets did open more chances but a golden chance to equalise came after a mistake from the Jets keeper, who was having a superb game denying several efforts, when he dropped one and in the resulting scramble a very soft penalty was awarded, with some very good noises and victory roll clinching the decision. 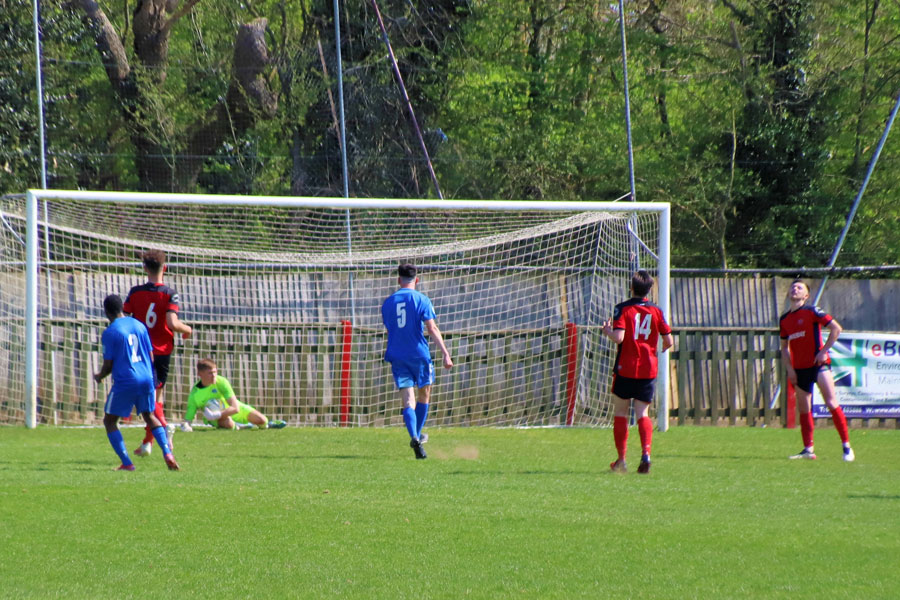 Jets ex-striker Louis Bircham scuffed his lines and Brad Shaw happily scooped it up. It was critical as moments later the unhappy striker went in the book. 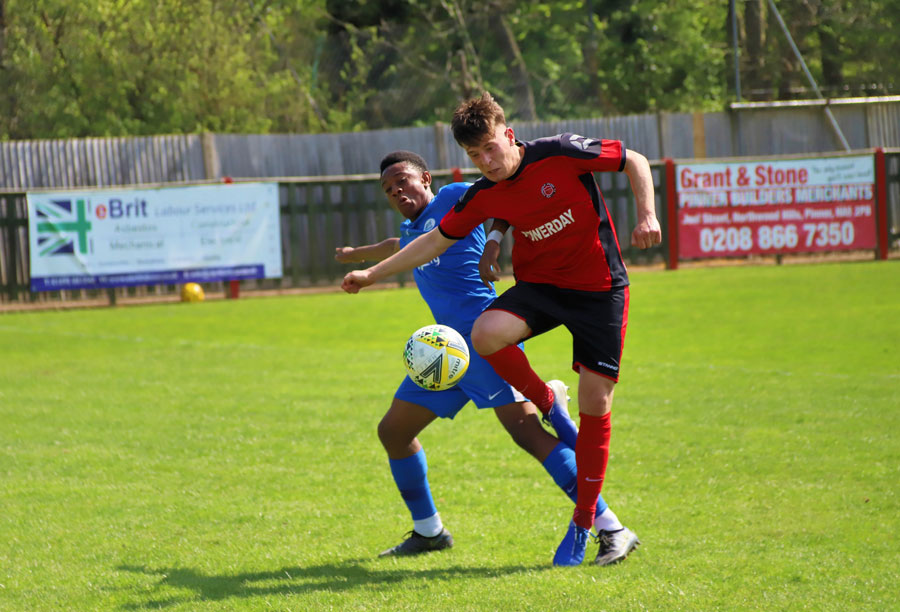 Kritsan Swaby laid on the winner against his old club. 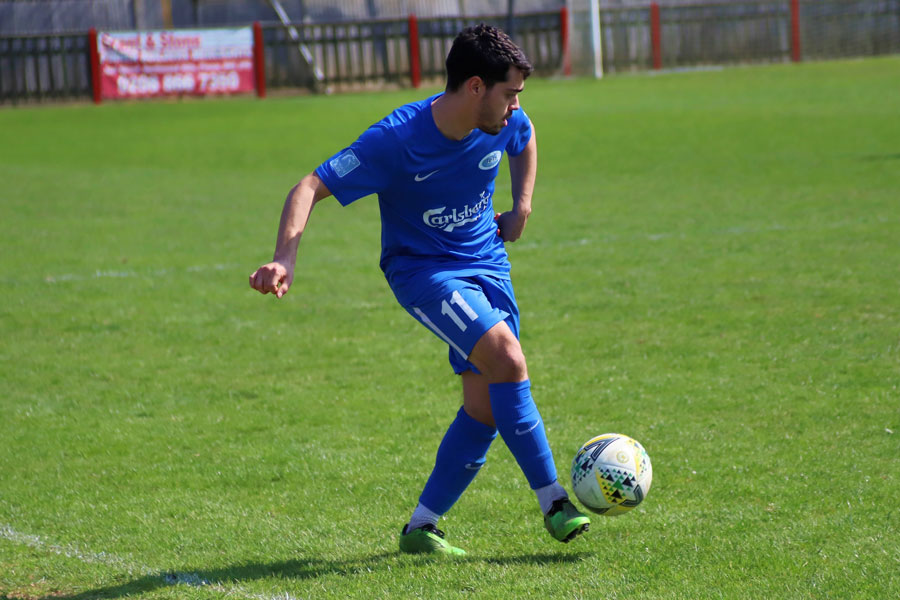 That’s two from two from the in form Sean Giordmaina

Harefield then went into wild celebration as the ball hit the net but cheers were replaced by jeers as the assistant’s flag was spotted glittering in the sunlight by the delighted Jets contingent. Then on a sharp perfect counter Kristian Swaby, playing against his old club, broke wide and blazed down on the box and an excellent unselfish ball across the face of the goal found Sean Giordmaina waiting to slot home 0-2. 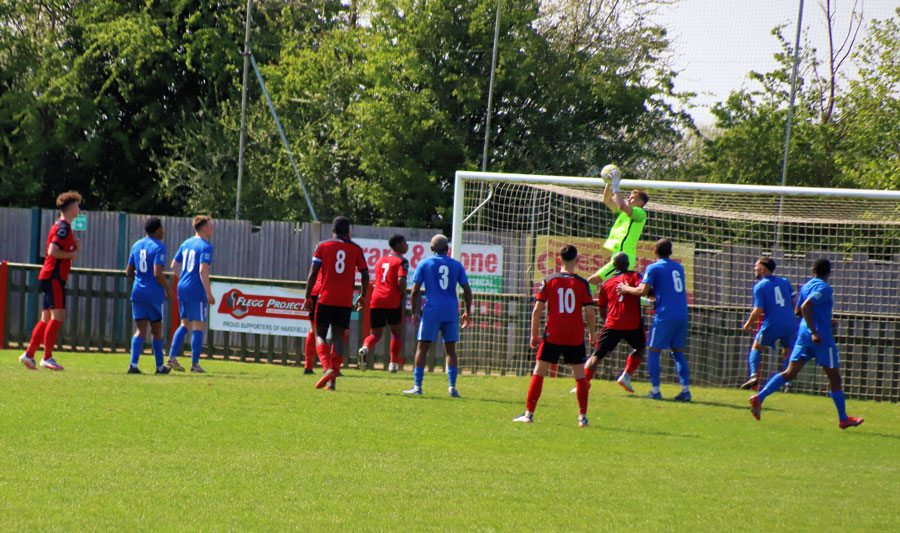 Mixed day for Brad with some good saves but a penalty given away (but then saved!)

Harefield made a battle of it 1-2 then it was Harefield pushing and a real Mickey Mouse moment almost got them home when the Jets keeper was judged to have handled twice but the Veo recording will show he chested the ball while on the ground and never handled, but the officials looked away and reacted only to the calls when now on his feet the keeper picked up. 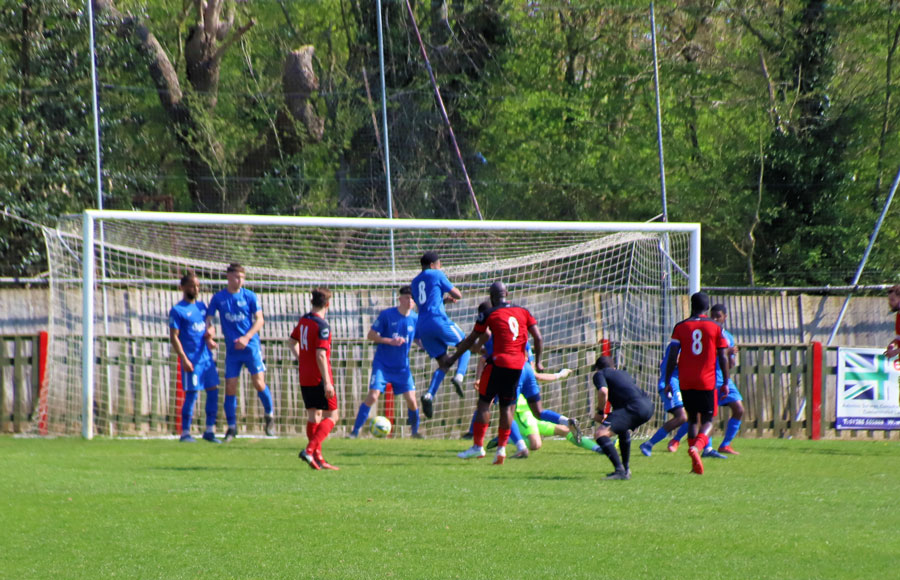 Jets scramble clear from their own penalty area. 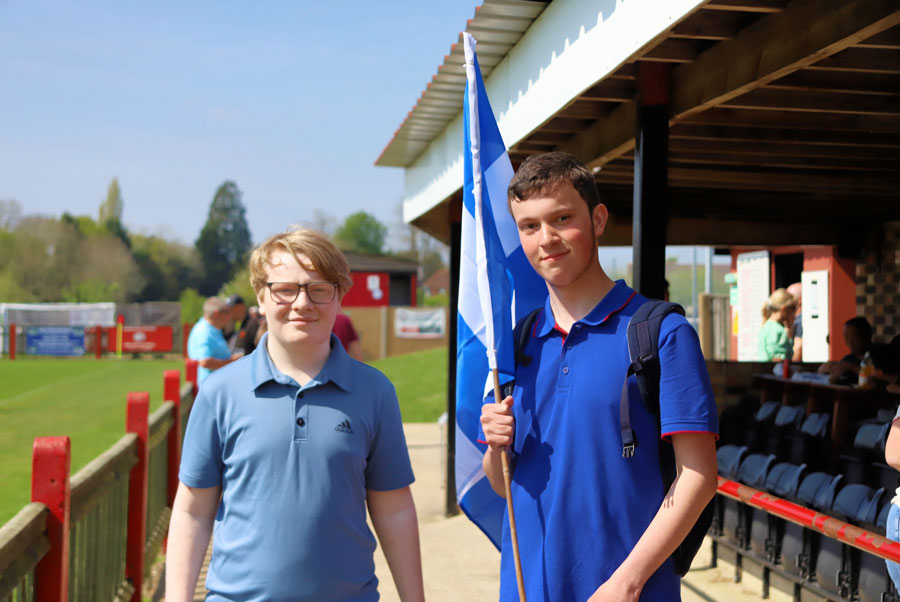 The defended free-kick just a few yards out was greeted with loud cheers by the small but loyal Jets supporters as each of three or four rebounds was cleared.

It was a competitive and very heated last ten minutes, fast and furious end to end, with yellows flashed everywhere and little flare-ups but nothing more than powder puffs in the ratty hot sun.

Jets saw it out to come away with a very good win. 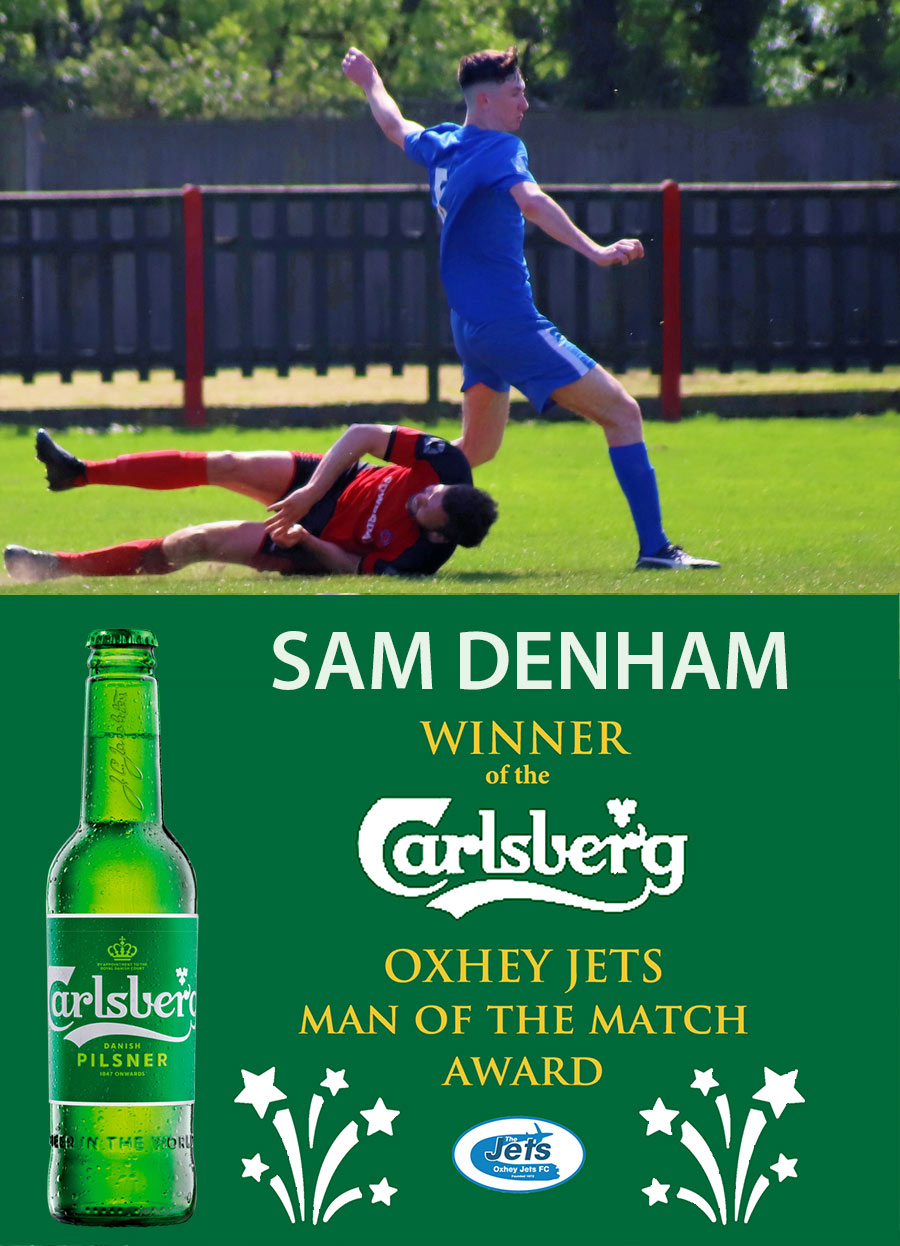