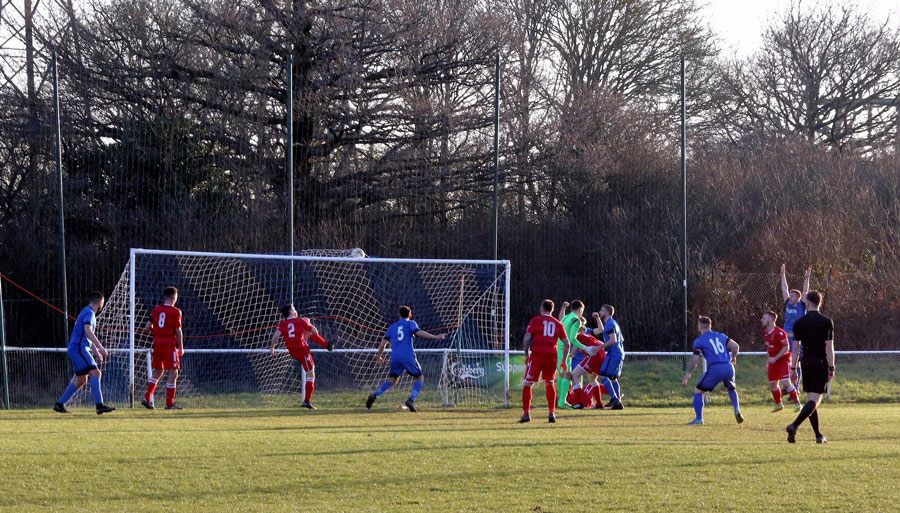 It was a tough match today, Baldock Town arguably the most in-form team in the division in an incredible run, unbeaten in their last 14 games and that includes reaching two SSML cup finals. This game was to be a big test for Tim’s young guns. 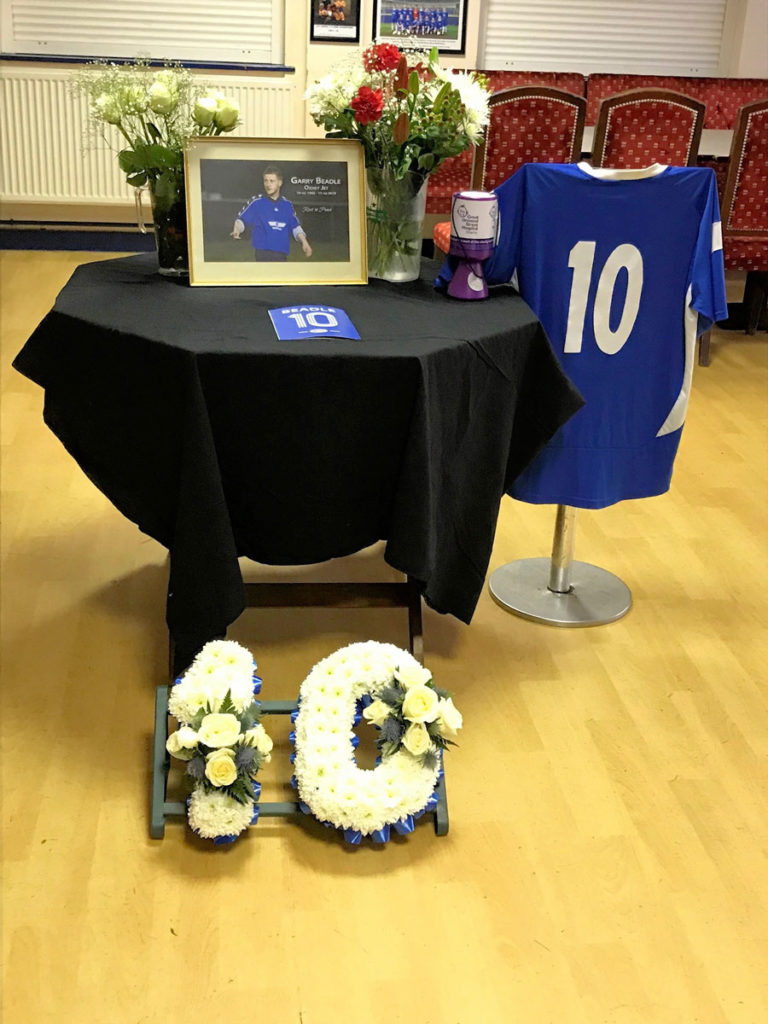 And difficult was the day too as Jets first team returned home for the first time since the tragic death of our own Garry Beadle. There was a pitch ceremony to honour Garry with respects shown, a special number10 wreath laid (and the No 10 shirt was withdrawn for the day) and a special edition programme. Friends and family joined the Jets in the moving respects.

A big thank you to the match officials and Baldock Town for their total respect.

Football was a welcome distraction from the grief and the two sides put on an end to end cracker, which is a morale boost for Tim’s rebuilding and bonding squad. Minus rehab Lewis Putman and Kyle Johnson in attack and Andy Brennan still out the all but safe with a dozen to play Jets were able to run the youth for some valuable experience.

If there were an overall man of the match it would be the Baldock goalkeeper who made stunning quadruple saves in a scramble and a fantastic top corner save from a Luke Jones shot that contributed heavily to the visitor’s point, but that said it was a well-deserved point for both teams.

Baldock take the lead from the penalty spot

Jets will be disappointed with the goal conceded as the striker burst forward through three defenders before Jets keeper brought him down, while going away from goal, a penalty converted 0-1. 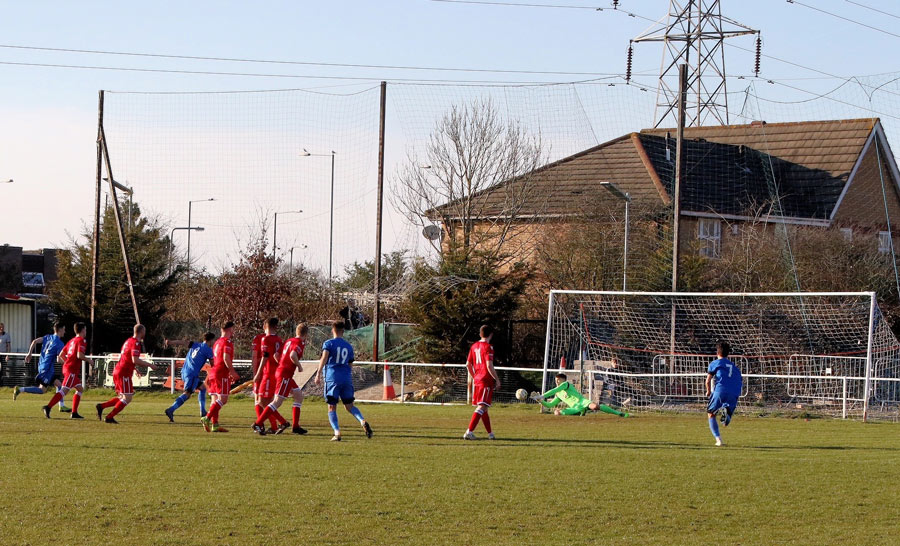 Now, this was to be an even greater test for Jets as some real passion was needed to bring this back.

It was even, and end to end, but no more scoring at the break. 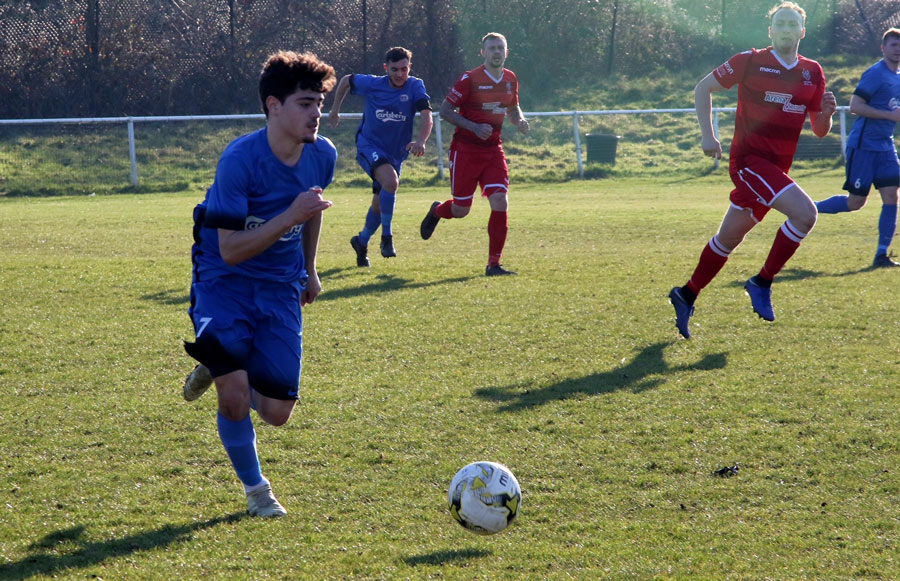 Jets responded in the second half, and they pushed the visitors. Giordmaina started to find his speed and gaps and was back to chasing and hassling wide. 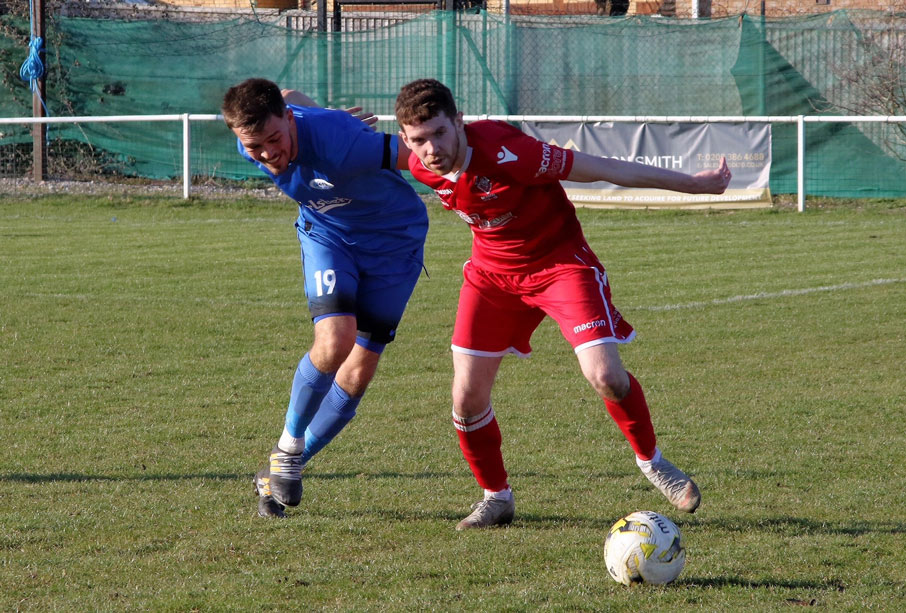 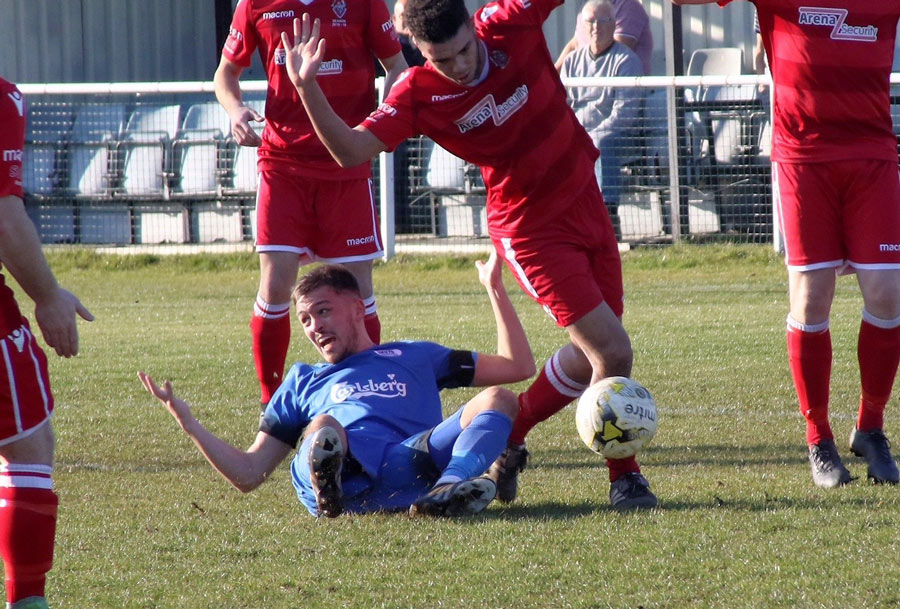 Luke Jones surrounded – guess he was seen as the danger man 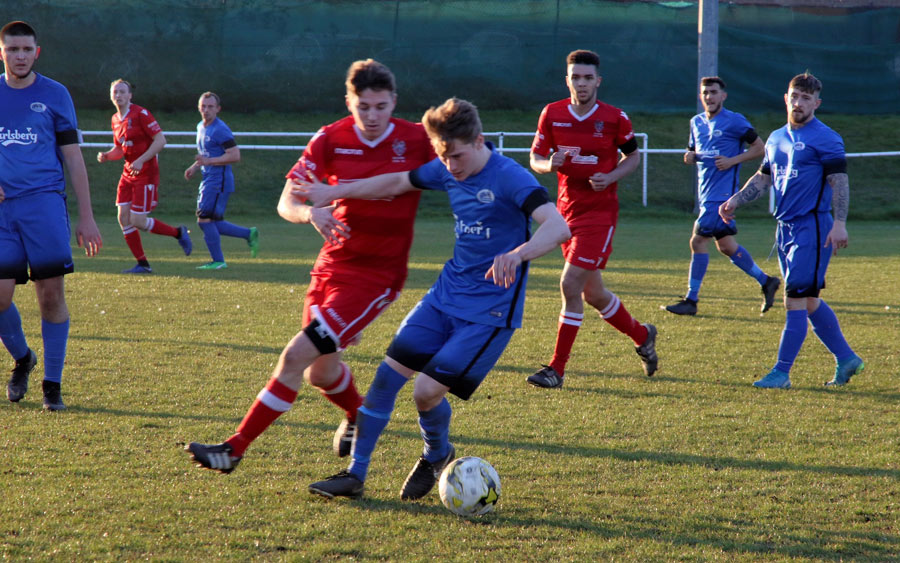 George Turner was providing a threat for Jets 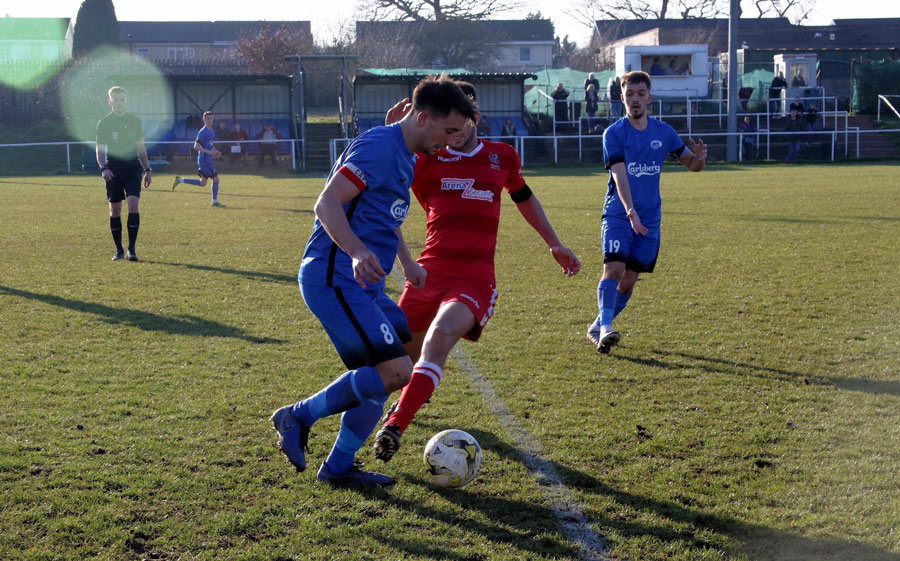 A change in midfield worked for O’Sullivan as Gibson, Marku and man of the match Luke Jones were hassling Baldock into mistakes.

Then, however, Jets went through a dodgy spell of giving the ball away and wasting opportunities and could readily have conceded the killer, but now it was the back four taking the strain as they protected their keeper to the full.

George Turner scores from the back post for Jets 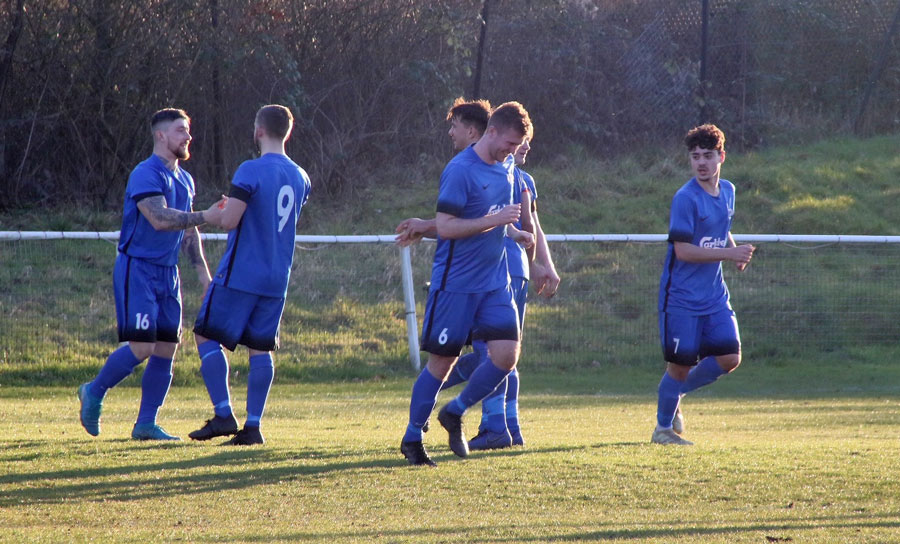 Jets levelled after being given a free-kick close to the corner flag. This time one of the smallest lads height wise on the pitch was lurking at the back post to blast home the equaliser for the point. 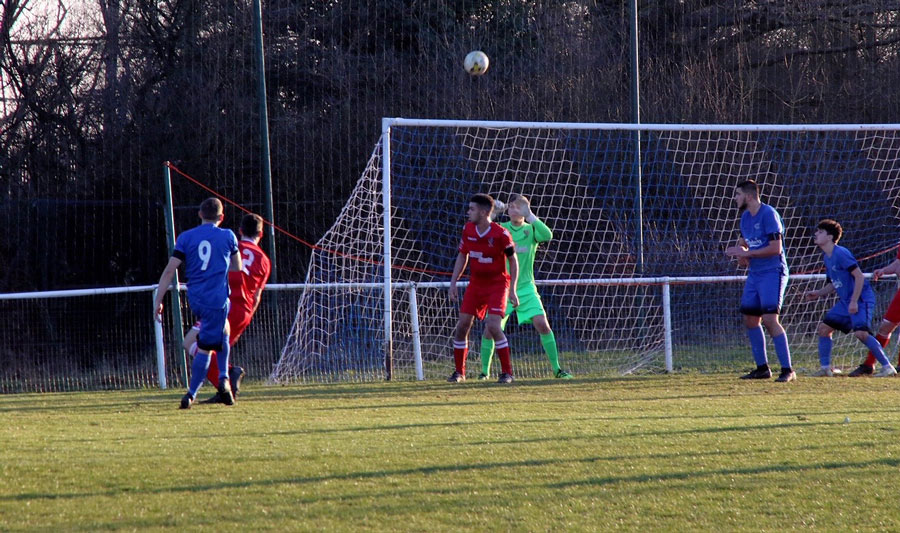 Both sides could have won it, it was even in stoppage time and hard to call, and either team could have snatched the win.

Final score a deserved point each and a hard-earned one each way. 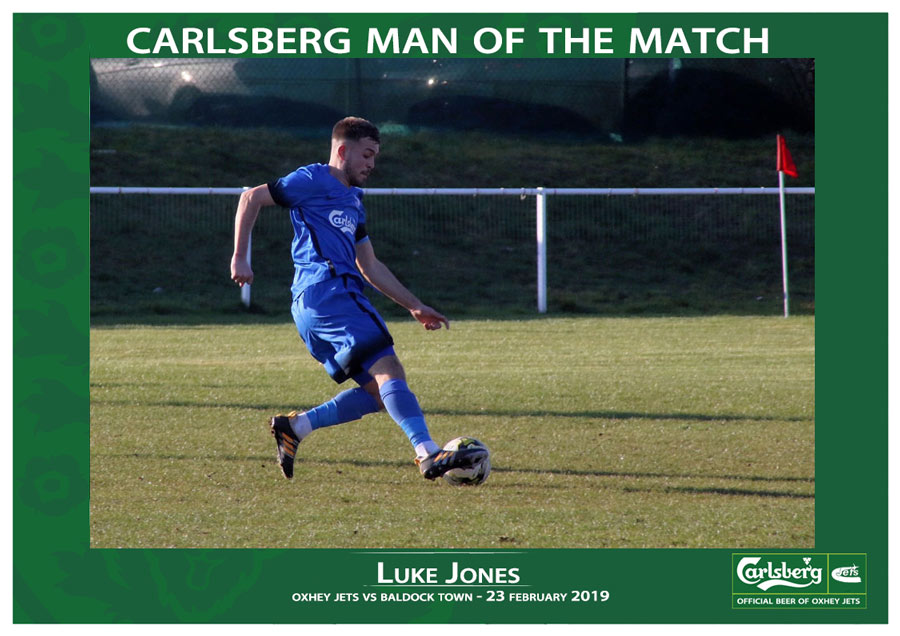 Luke Jones was Jets clear man of the match despite some close attention from Baldock.