Another good point on the road at Edgware on the dreaded by some artificial pitch.

The two sides drew 0-0 at Jets a couple of weeks back when Jets had a big upper hand in the first half and were hanging on in the second. Strangely this was much the same which possibly puts a question mark over a few players personal fitness since a recurring theme.

Manager steps up and reminds them of the notoriously slow starters we are, are we ready?… yes, lads are WE READY?… YES BOSS, 58 seconds later a goal down and it all to do again.

Sloppy in the middle is an understatement but the finish top draw by Carruthers curling home from a distance giving the keeper no chance at all. 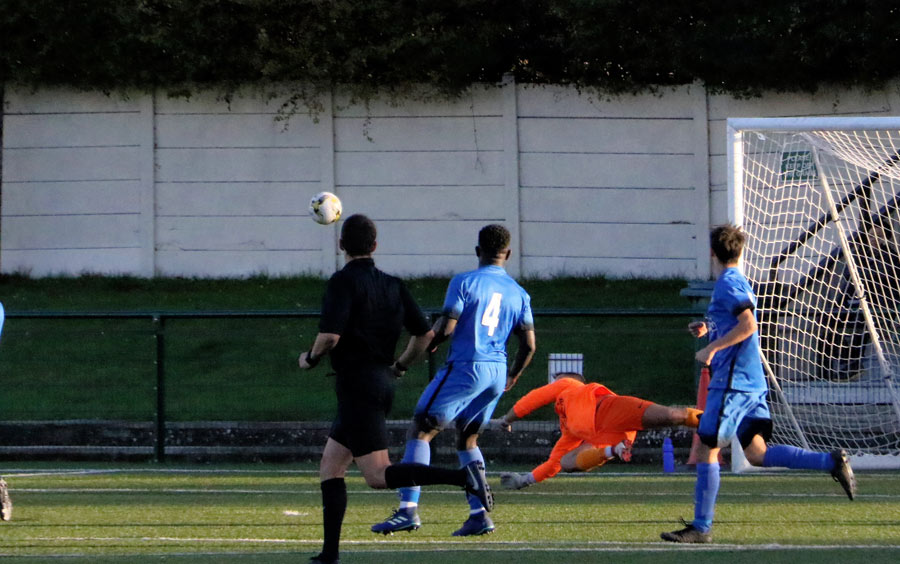 Matty had to be alert today.

Jets had their goal down wobble with Matty Evans making a good save to stop further damage, then became more composed and went at the hosts with good attacking flair. 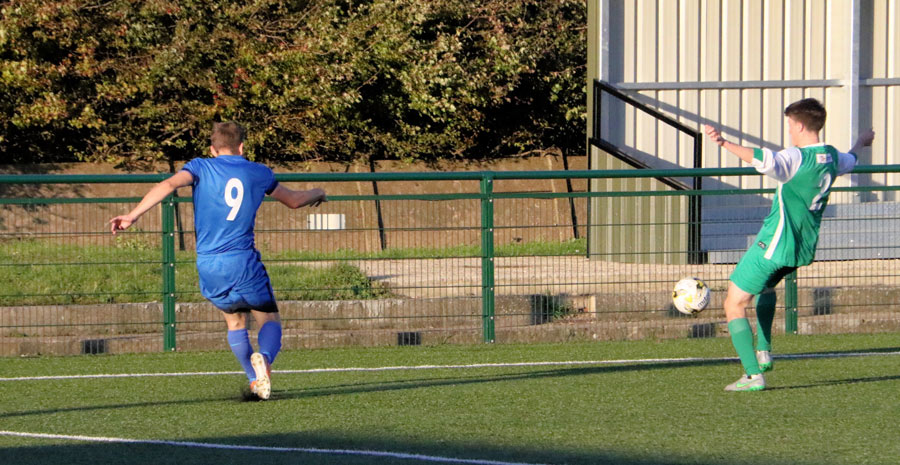 Sean Giordmaina chests the ball into the net 1-1.

Luke Jones then sprung into life with speed and a swagger burning off three players to knock a super pass to Nick Kerley whose thunderous cross was chested into the net by Sean Giordmaina who looked as if his skeleton chest had suffered broken rips putting it in ! ! 1-1 ( 20 min).

Jets gained the upper hand territorially, but neither side produced many clear chances up to the break. 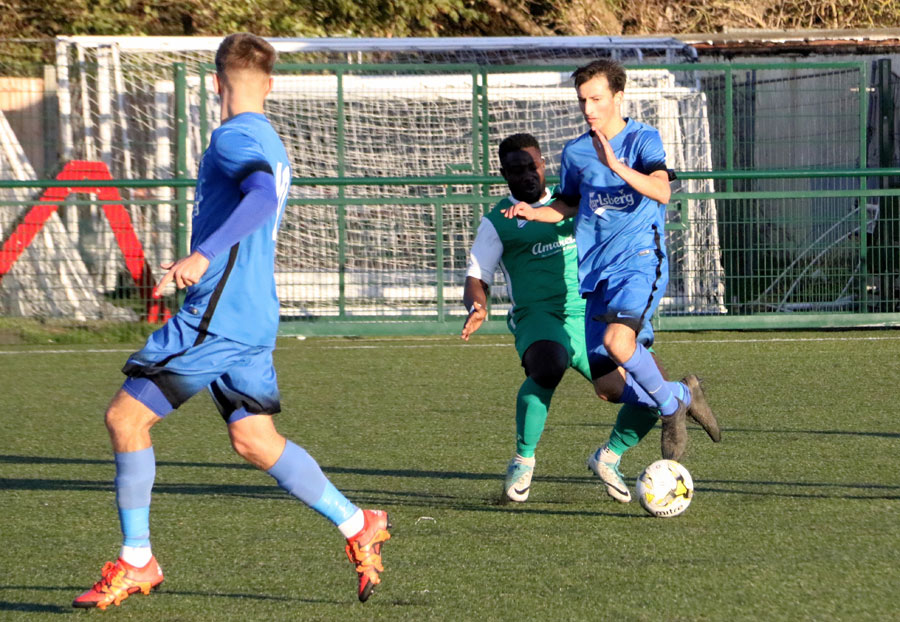 Dylan was lost to a bad ankle injury

A big blow to Jets was young Dylan Hickman Singh who is a real prospect and was loving the Astro picked up a nasty injury when his foot stuck, and he turned (nobody near him), and the lengthy stoppage with the lad clearly in pain and I fear a longish rest, unfortunately.

The second half saw the hosts with the big downhill advantage and the following wind so add that to the home advantage of the pitch and Jets had to work very hard to maintain the draw. We went back into our old shell, overdoing individual play and sacrificing the team flowing football that had given them a head of steam in the first 45 minutes. 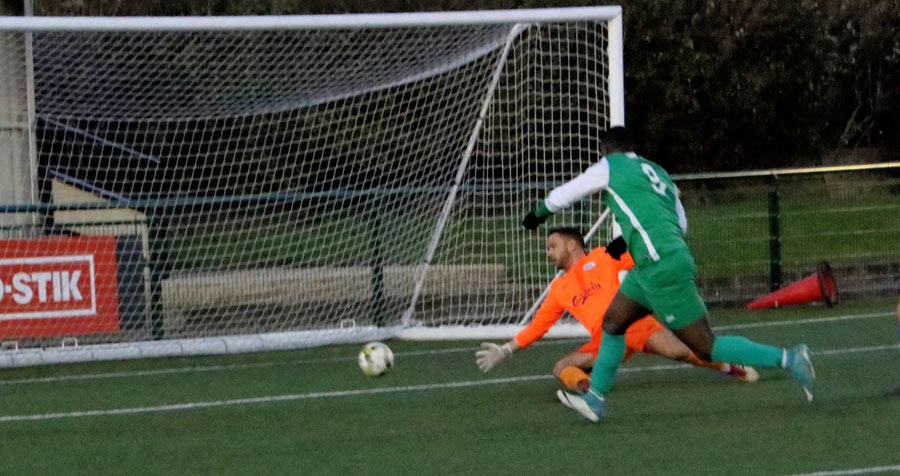 Edgware were sharp and dangerous on the slope and thought they had scored, but the flag denied. Jets, however, did not heed the warnings, and in the 77th minute, the Wares got the goal that was coming. Again sloppiness, lost possession and a perfect through ball from Tipote to Hunte to slot home.

Jets responded magnificently, and the keeper made a good save from a Sean Giordmaina header onto the bar, then Nick Kerley from a tight angle thought he’d got it but hit the side netting.

Sean Giordmaina first to the cross again, this one from George Turner, to make it 2-2. 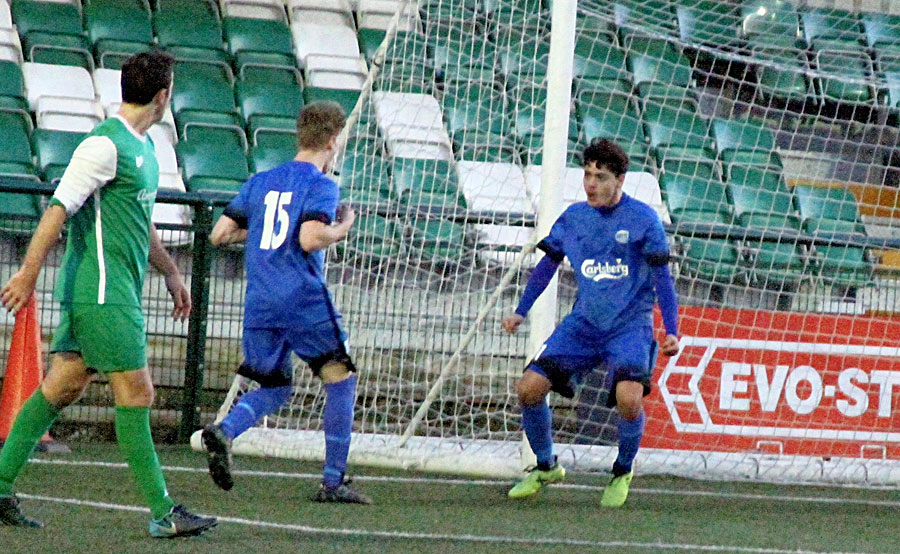 Sean and George celebrate the equaliser.

Jets kept pushing, and finally George Turner, who was excellent when coming on for Dylan, crossed for Sean Giordmaina to slot his and Jets second for 2-2 (82 mins).

Both sides pushed, it was oooh and aaghs, and at the whistle, both would have been happy and disappointed because there were so many chances, so in fairness the draw was right. 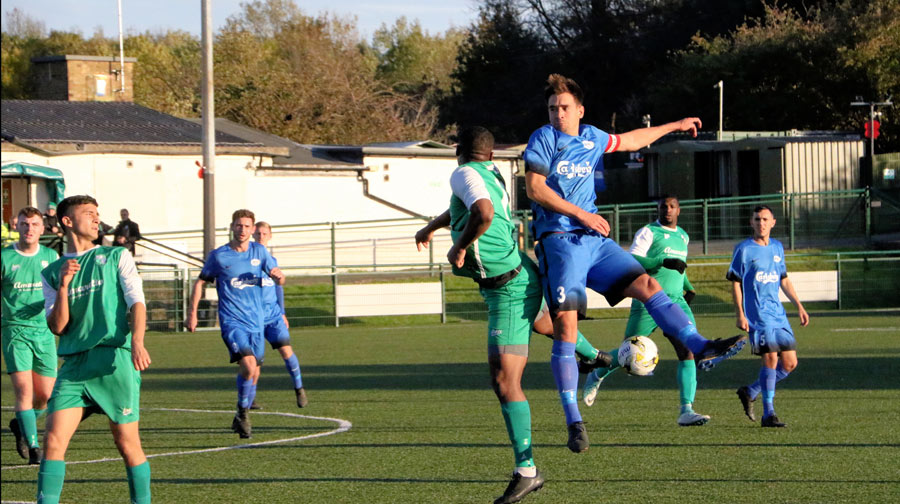 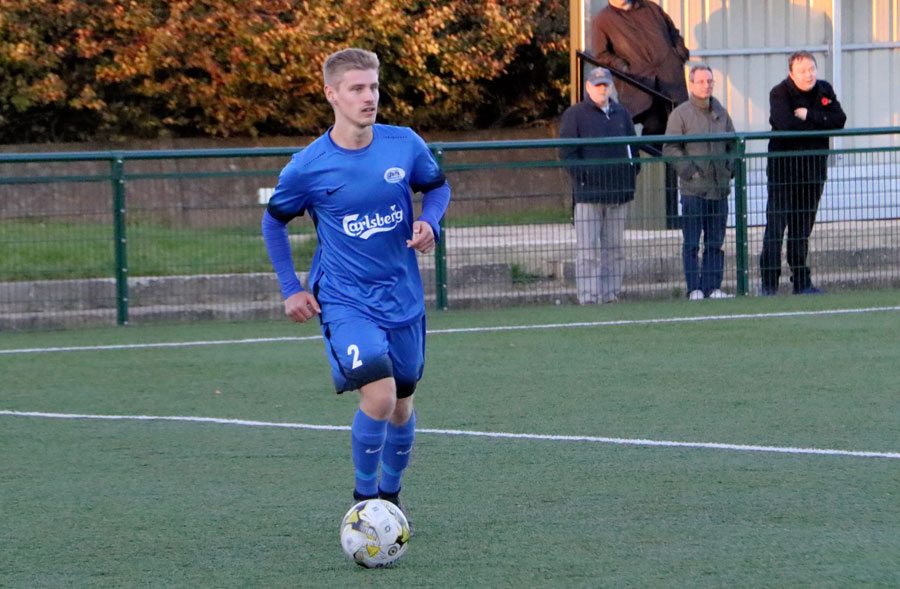 Some excellent tackles from Harry Beaumont

Three contenders for the Jets man of the match. Leigh Stevens as always covered every inch of plastic on this occasion, George Turner was right in there coming off the bench, and Sean Giordmaina the two-goal hero and named by Tim as the “new wasp” ( older players will know the former total pest given that title) wasn’t far behind Leigh on coverage. 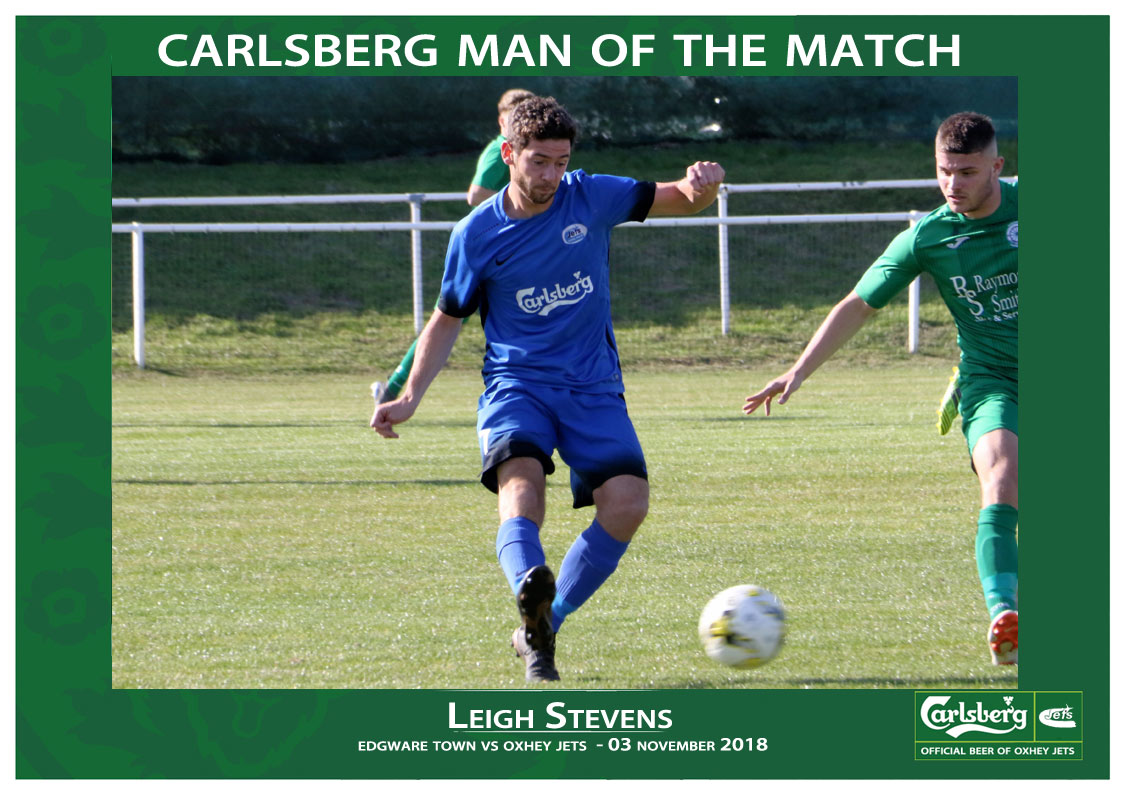 John Elliott wouldn’t do the split so Ali made the call and it went to Leigh, but it was so tight a little tick could well be added to the contenders today, and I’m sure Carlsberg will oblige with some extra bottles.

A point is a point, need to stop the sloppy play. When we’re a unit, we’re decent, when we play as individuals we fail.