Three excellent points again on the road for Jets after seven players not being available forced the boss to make multiple tactical and player changes.

Harpenden have been below par after an excellent 2017-18 season, so the return to the ground where Jets were thrashed last season was not quite as daunting after the recent 4-1 win for Jets in the cup. Second games so close together, however, are always tough.

The rural ground was a glow of colour today, and the match in the early stages end to end, but as the half continued Jets got on top, but the chances were half chances and Jets lacked that killer touch. 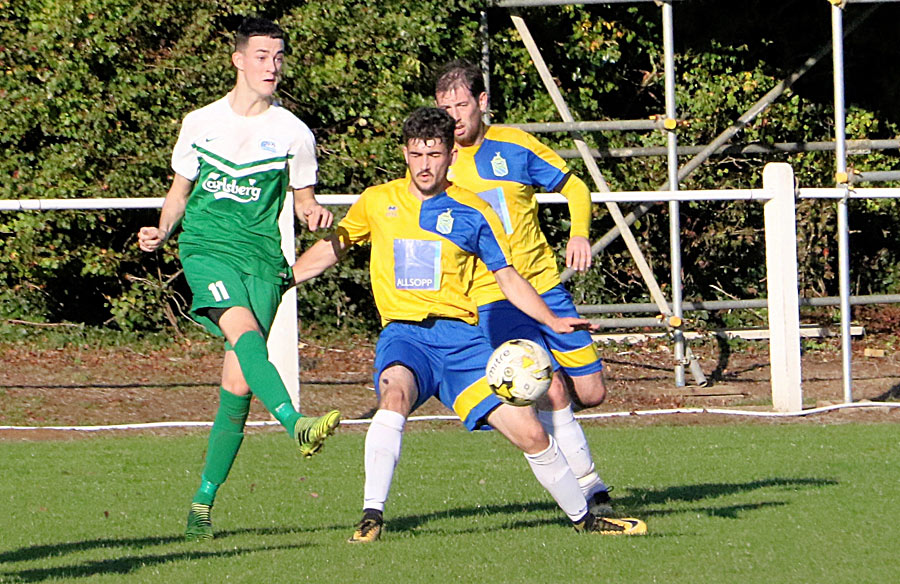 Jets went for youth with three up front aged 18-16-17, so the experience was lacking, but the skill wasn’t. Ollie Lawton got some early long-range shots in but the Harpenden keeper is very experienced, and much more power was needed or getting a lot closer.

The first big chance came when Sean Giordmaina went clear on the keeper, but the bobble and snatch sent the ball towards the heavens on this occasion. 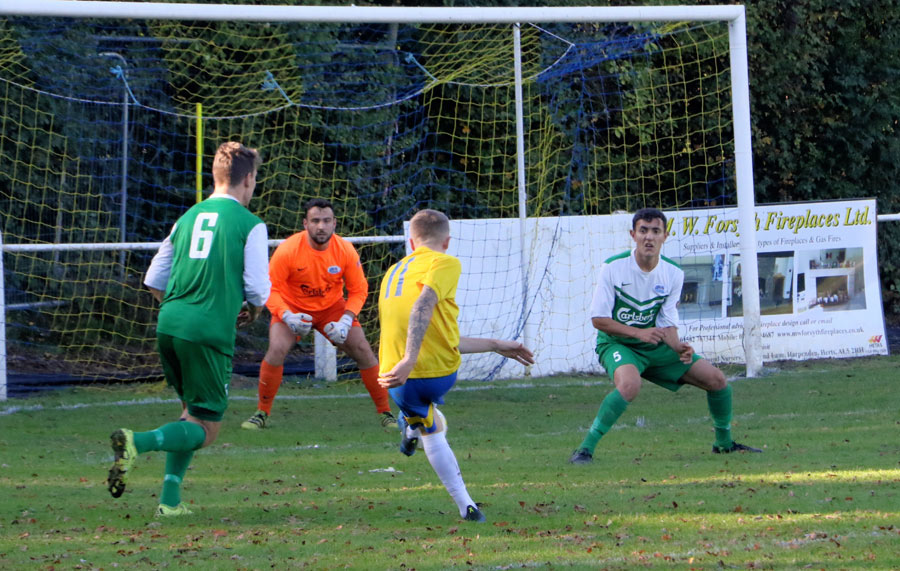 A great clean sheet for the keeper and back line

Harpenden countered on the break, and twice Matty Evans was needed to be on his toes to thwart the threat and Jets rearguard looked solid today.

Jets pressure paid off if by a scrappy build up compared to the moves so far. Jets had five consecutive corners as the pressure built, then a defender’s slip allowed Sean Giordmaina to pounce and pump the ball home past the keeper. The cherry on the cake for the young striker was that it was to be the winner and a first senior team match winner for the young striker (0-1 39minutes). 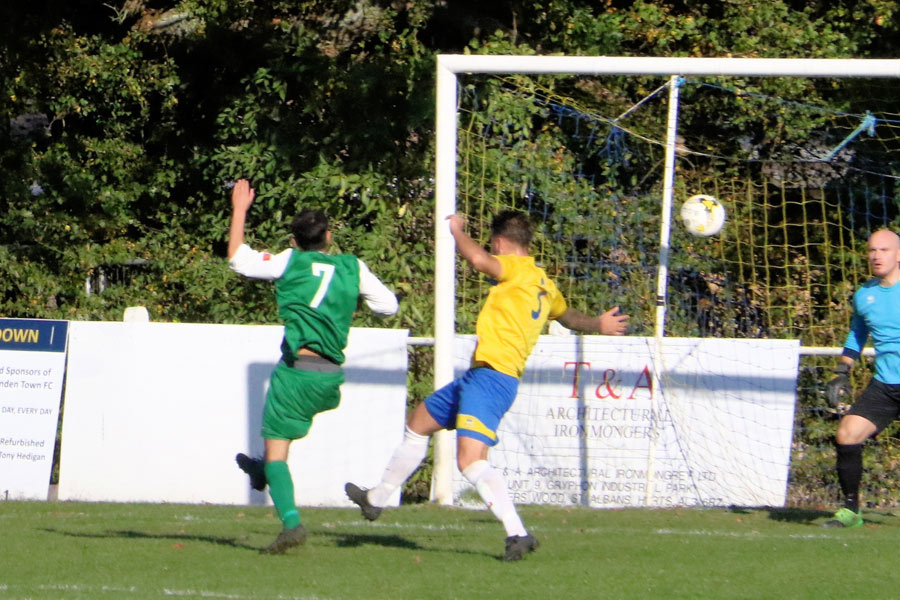 So near with this crafty flick from Dylan Hickman-Singh

Jamie Speer heads off the line to preserve Jets lead

There was time for one more match-winning moment and not from the young guns up front, but Jamie Speer as the full backed superbly headed off the line at the back post a thunderbolt that all but took his head off, and the ref blew the half-time whistle.

Young Dylan is lost to injury early in the second half 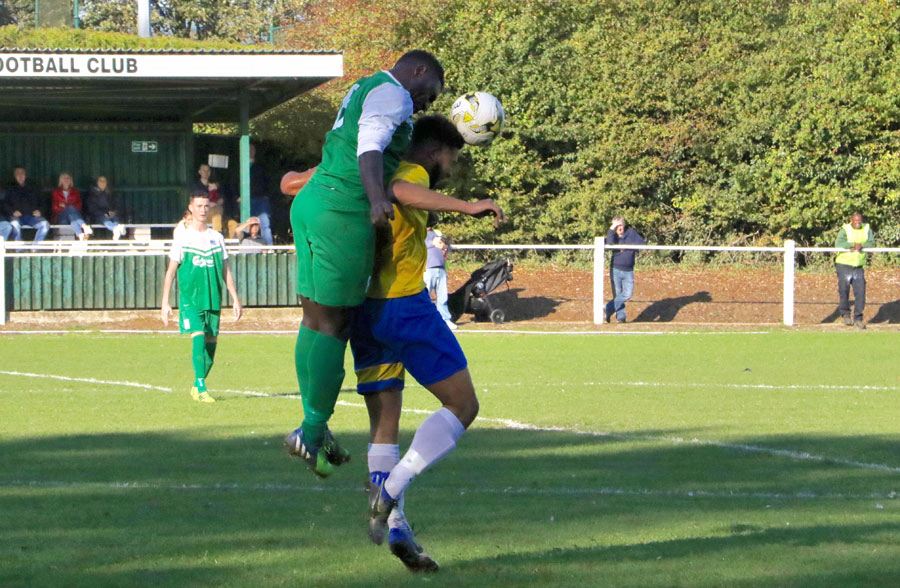 Early in the second half Jets lost the exciting Dylan to an ankle injury and in honesty, a change of formation left Harpenden very much on top chasing the match. Jets went into their shell somewhat and hung on rather than competed nose to nose.

It felt a long 45mins, but Jets defence held strong and well for a confidence-boosting clean sheet, much needed since the hon fixture secretary’s statto ramblings pointed out they had conceded the most Premier League goals before today. 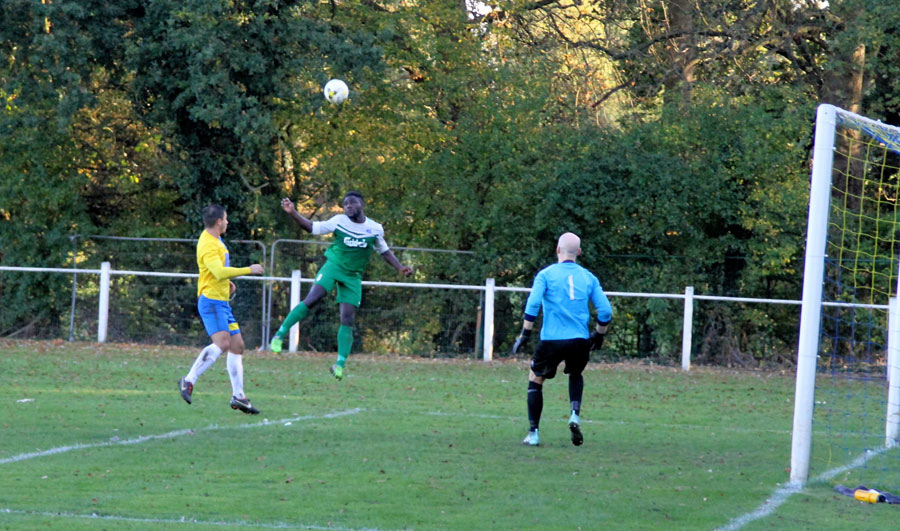 Jets thought they had got the killer goal when Deji headed home but a late and very dubious flag denied him. This left Jets running the clock down to clinch the points. 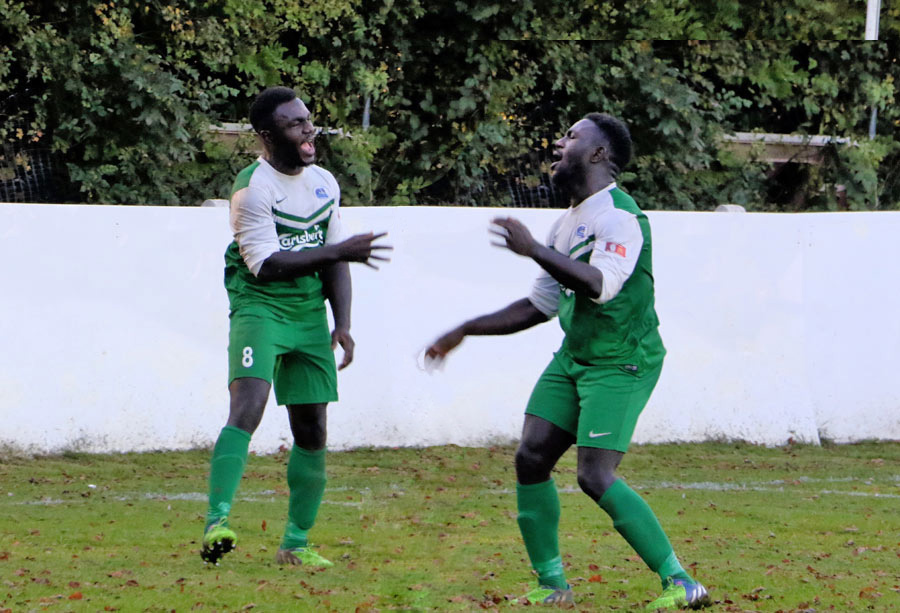 Deji found someone willing to listen to him talk about his disallowed goal.

It should be noted that both the Levi game on Tuesday and this game today were officiated superbly by the officials. 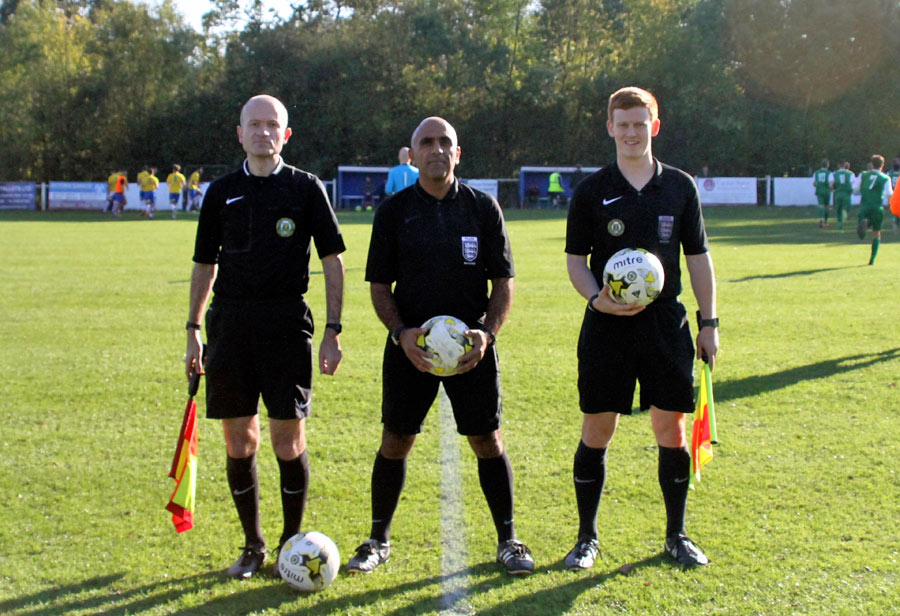 Excellent job by the match officials

So the Jets Carlsberg man of the match. Jamie Speer was outstanding today, and a big contender, the young gun Sean Giordmaina unloaded the killer blow for his first match winner, and Matty Evans was again as sharp as a razor between the sticks. The final decision went to boss Tim O’Sullivan who picked Nick Kerley who took on a deeper role in the reshuffle.

Good points against a much improved Harpenden side from ten days ago.

The Reserves returned to the top of the Herts county league div one with a 5-0 win at home to Aldenham, it’s 13 unbeaten now for Tom Bullock’s team. Luke Wells got a hat-trick and Henry Marku a brace.

The Vets fell 2-1 away to Bedmond Reserves, Gary Page (no surprise) adding to his massive all time total with the Jets goal.